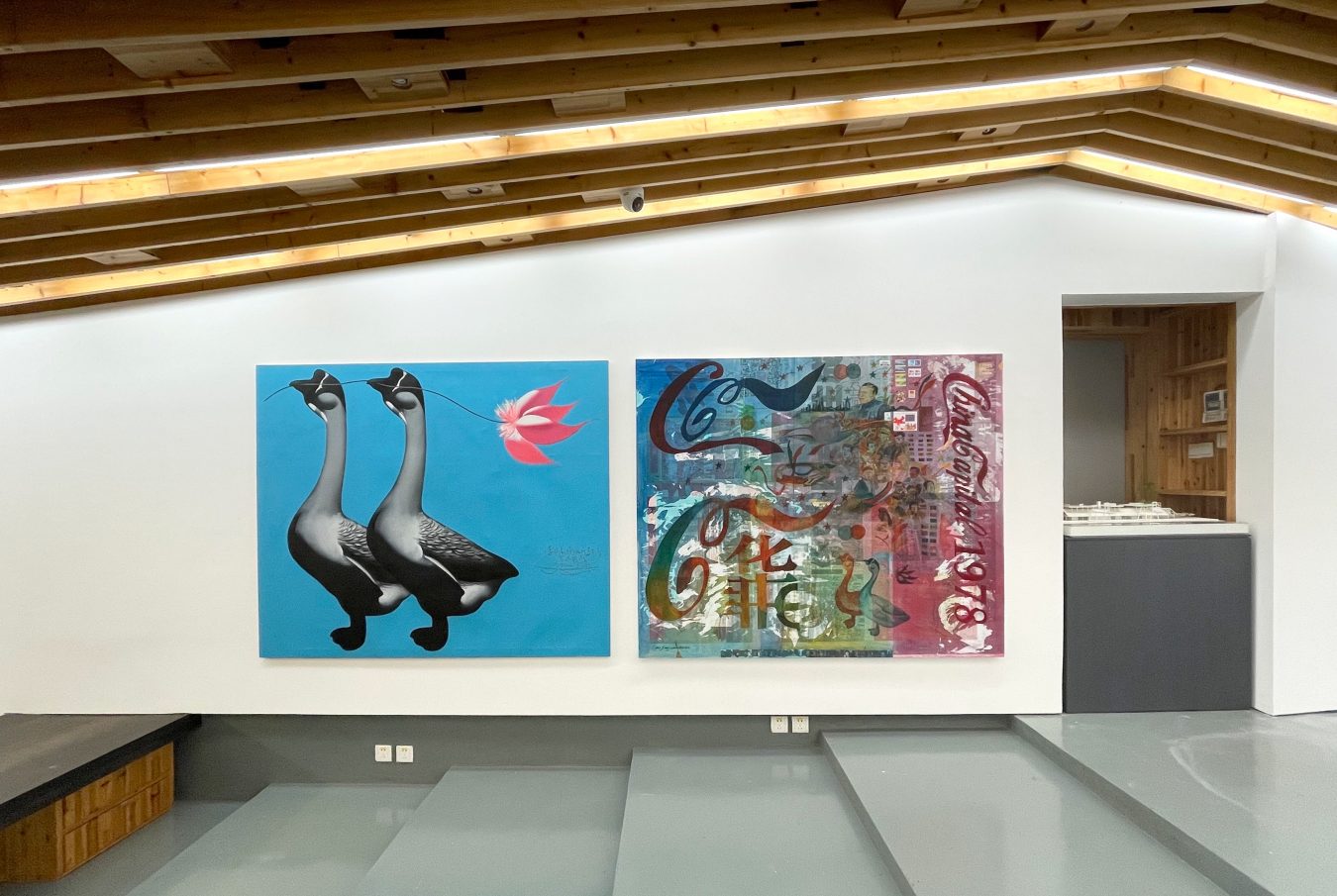 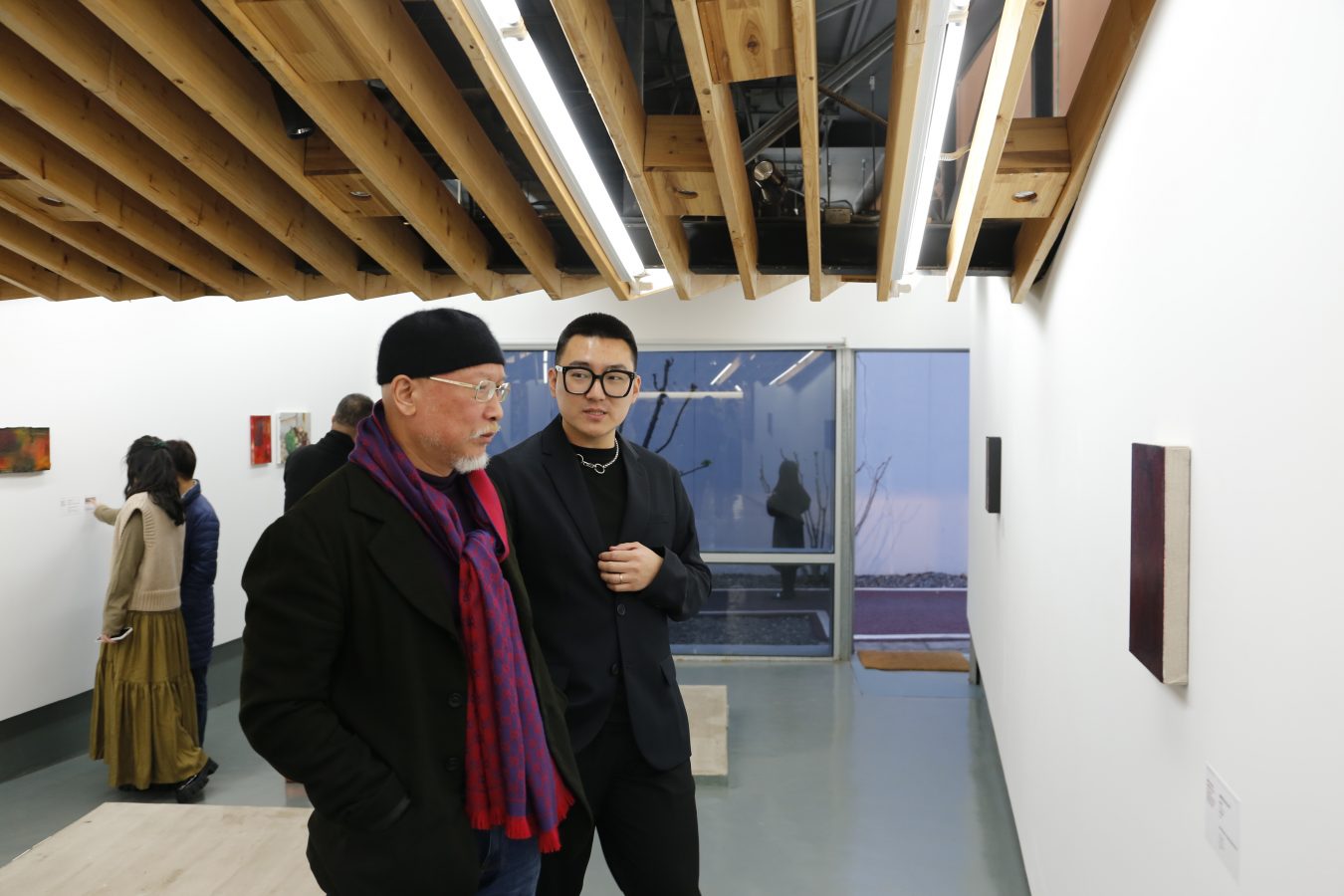 Speculative Pop will become a new or a pre-existing visual language that has not yet been summarized. It is mainly used to describe paintings that are speculative, reflexive, and with the implication of critical realism. Speculative Pop appropriates the intensity of the discourse of ideological propaganda and uses the language to describe a social reality that has the same intensity. It is also seen as a response and continuation of Political Pop. On one hand, it emphasizes that we haven’t stepped out of the dual wrangling of ideology (political) and economy (pop) under the present state of China today; on the other hand, it focuses on the use of visual complexity and multiplicity in the application of painting images and symbols (the new fetish). This complexity is matched with the chaotic mutual-infiltration of today’s political economy, which has many titles, such as neoliberalism, imperialism, or national capitalism. In this sense, according to Huang Zhuan, Wang Guangyi’s art series “The Great Criticism” have been misread to a large extent. (1) The juxtaposition of propaganda images and symbols of western consumer brands is not (or not only) the retrospective of the history of the cultural revolution in the context of artists standing in the framework of Post-Cold War: “The Great Criticism” series belongs neither to the 60s or the 70s; nor does it belong to the 80s or the 90s, when true consumer fetishism had not yet fully arrived in China. Then, if we combine the theological aspect of Wang Guangyi’s artistic creation, what “The Great Criticism” series indeed juxtaposes are two kinds of “thing-in-itself” in the sense of Kant mentioned by Wang Guangyi: “Things we cannot understand, but can be worshiped.” (2) Both political power and capital economy in the context of “The Great Criticism” series are triumphing in the present day of China. In other words, the double sacredness presented in “The Great Criticism” series is only fully arrived until present time; in this sense, “The Great Criticism,” which was born in the last century, is a visual prophecy of its time for today. However, this is doomed to be a “bet on style,” whereas the propaganda images of cultural revolution exhausted their potential in meaning and thus slowed down its pace earlier than expectation in the second decade of the new century.

Pan-Chinesism will become a controversial thinking experiment that is denied by both mainstream ideology and independent thought. It aims to describe an international political strategy with a strong intention to construct subjective structure. With the rise and prosperity, expansion and intervention, whether intoxicated or not, Pan-Chinesism has become an undeniable fact of some kind in today’s world. The artistic practice of Pan-Chinesism bids farewell to the simple opposition and criticism on the level of moralism and tries to form a kind of realism to express the state of things itself. At the same time, Pan-Chinesism also implies its strong system of revisionist translation, while the generation of contemporary Chinese society’s subjectivity is closely related to this strong centripetal force: whether it is a knock-off mobile phone from HuaQiang North, an application software with similarity to others, or a set of ideological systems to instruct the society, China can always find a way to match and in some sense improve its function. Just as Ursula Panhans-Bühler’s portrait of Wu Shanzhuan in her exhibition Far West: “Around the hollow center is a violent hubris, and through the Red Humor International, it controls the center from all directions with a constant renewal of matter from the outside.”(3) In this respect, Speculative Pop and Pan-Chinesism complement each other and constitute a complete reflection on the current dominant power from the outside in and then from the inside out.

Both Speculative Pop and Pan-Chinesism emphasize on the involvement of the object in question. In the process of “self-transformation”, it accomplishes the realization of the inner view and understanding of the object itself, while pays constant attention to its own corruption and betrayal. This will be an adventure of art and standpoint that is not yet clear. The attempt of using“becoming” to speculate on the complex nature of the object it criticizes, is also accompanied with the controversial complexity.