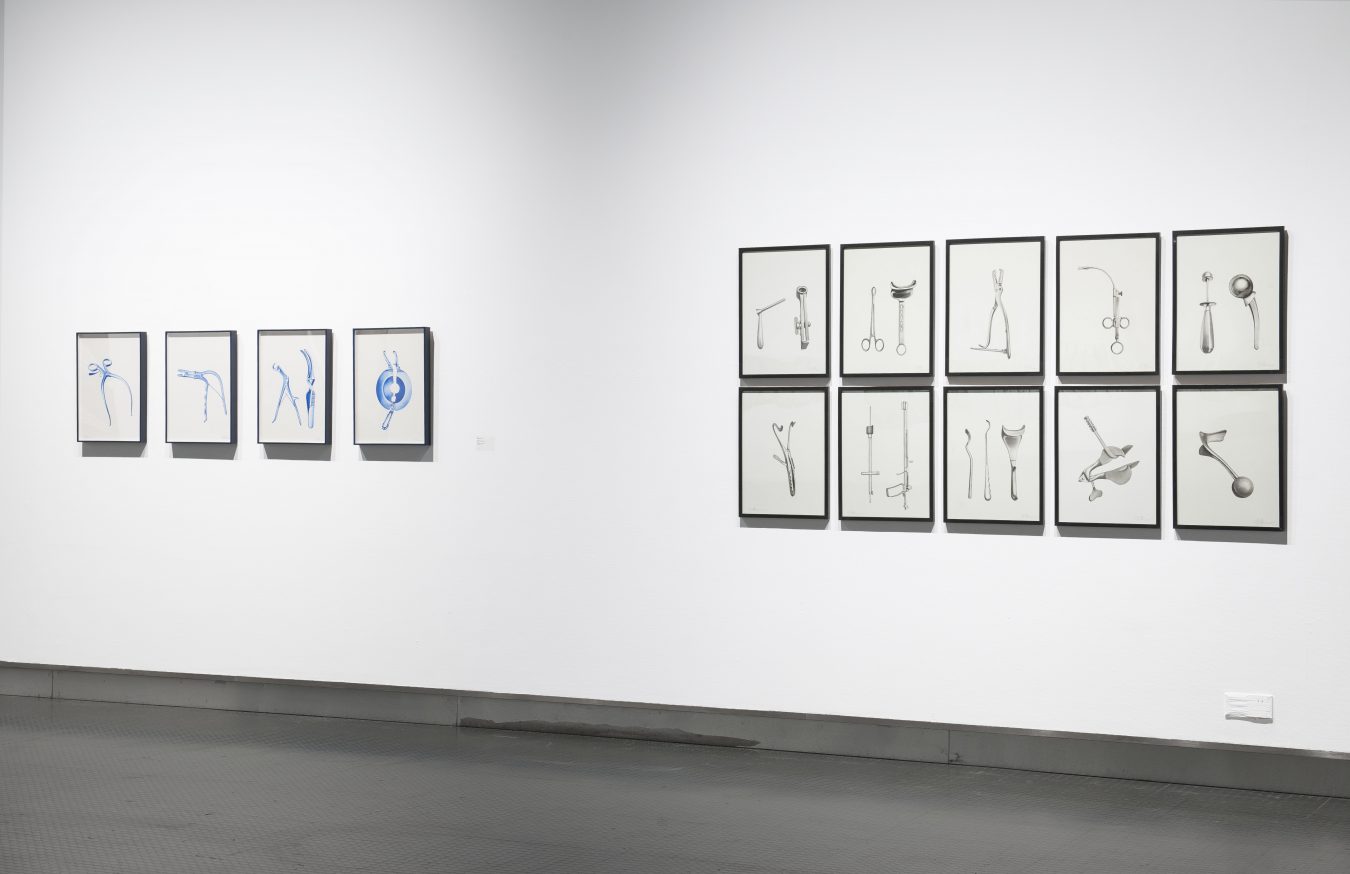 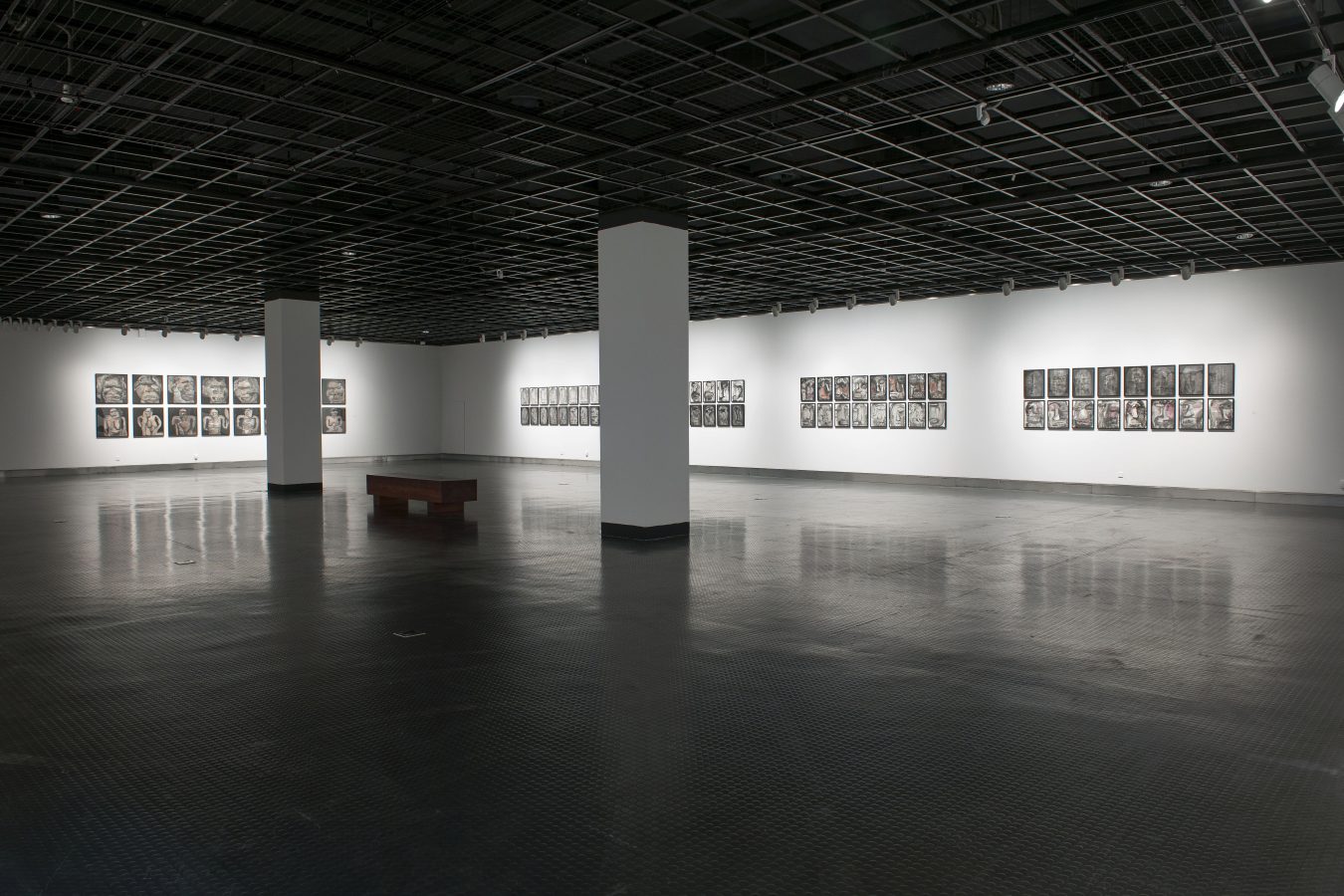 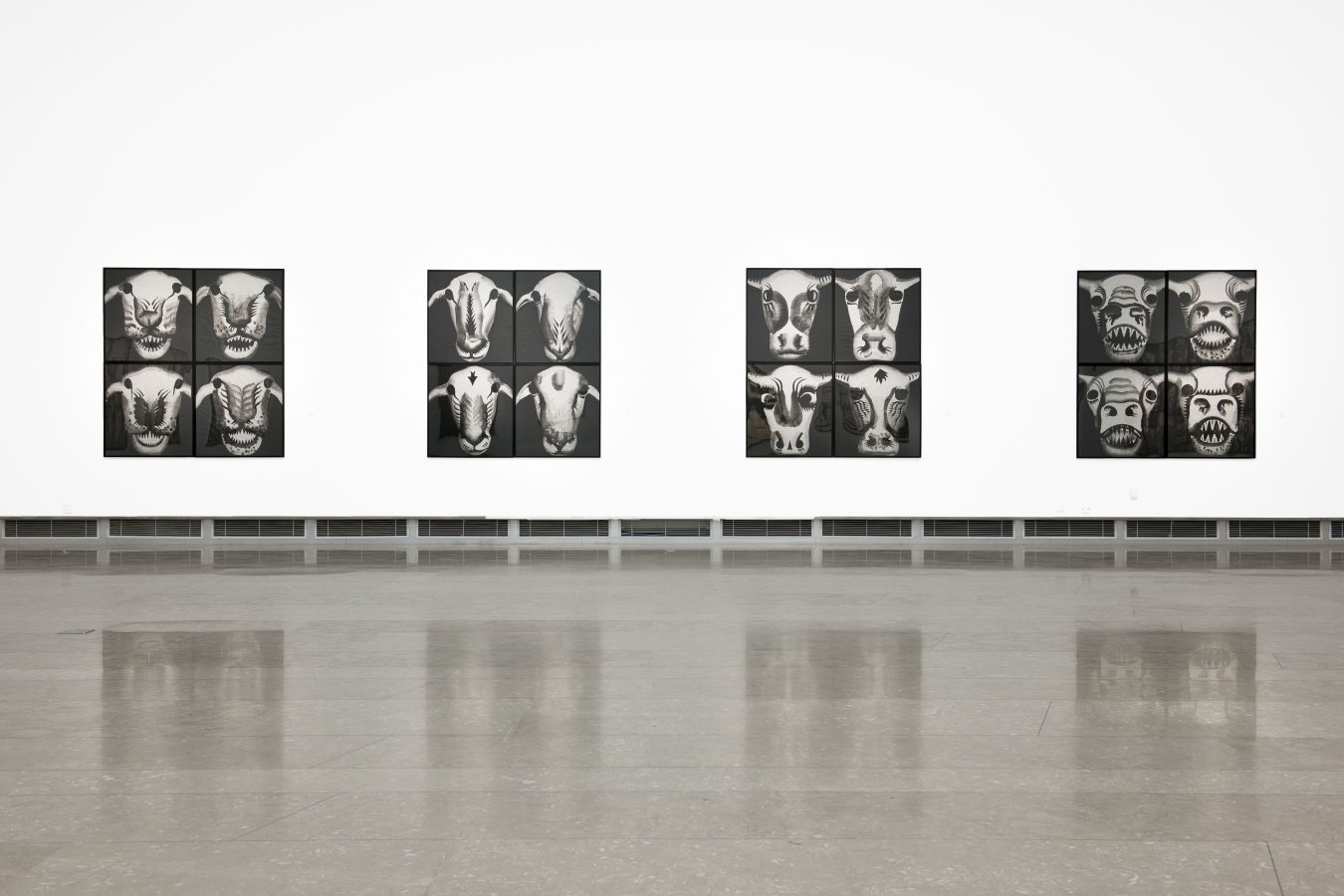 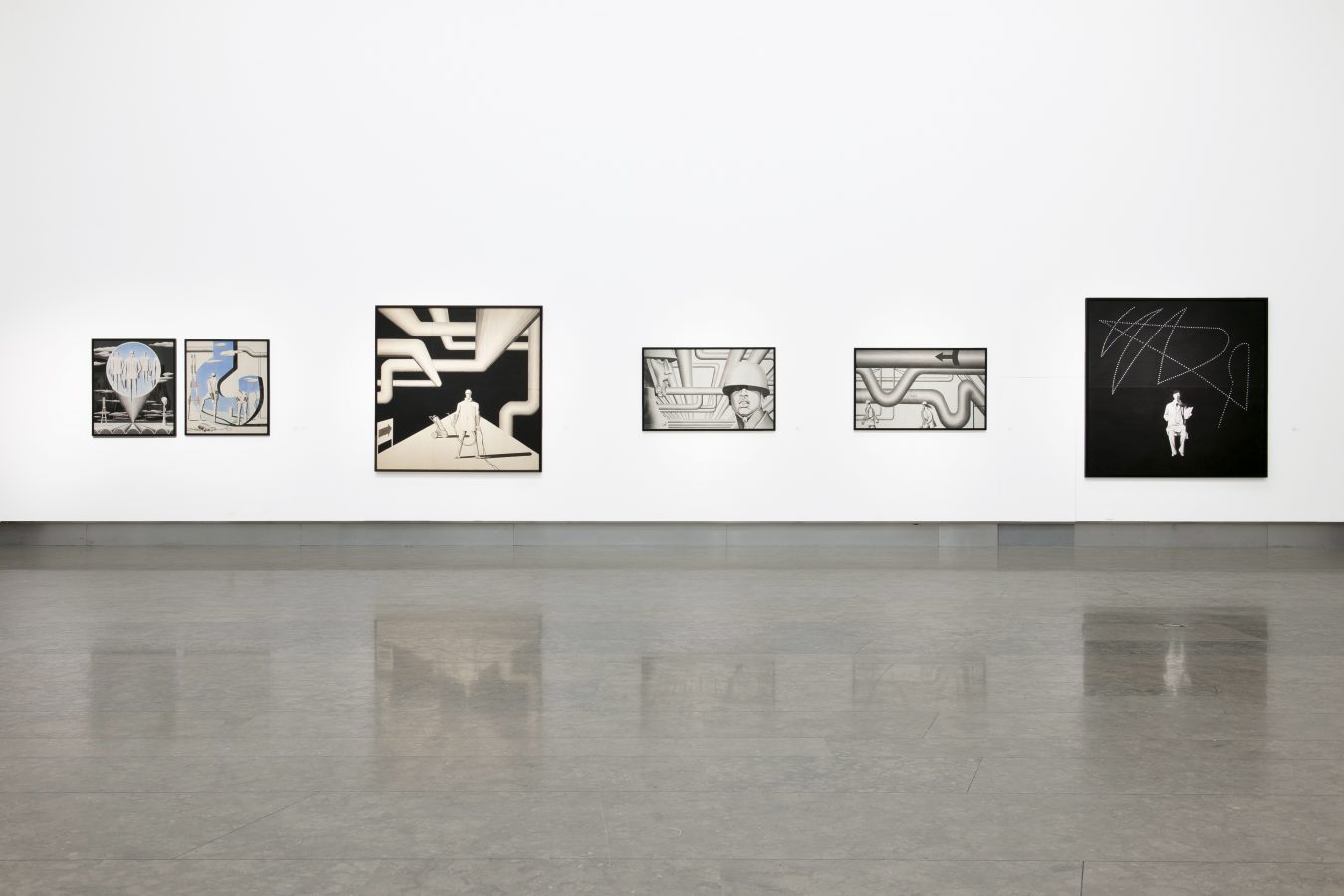 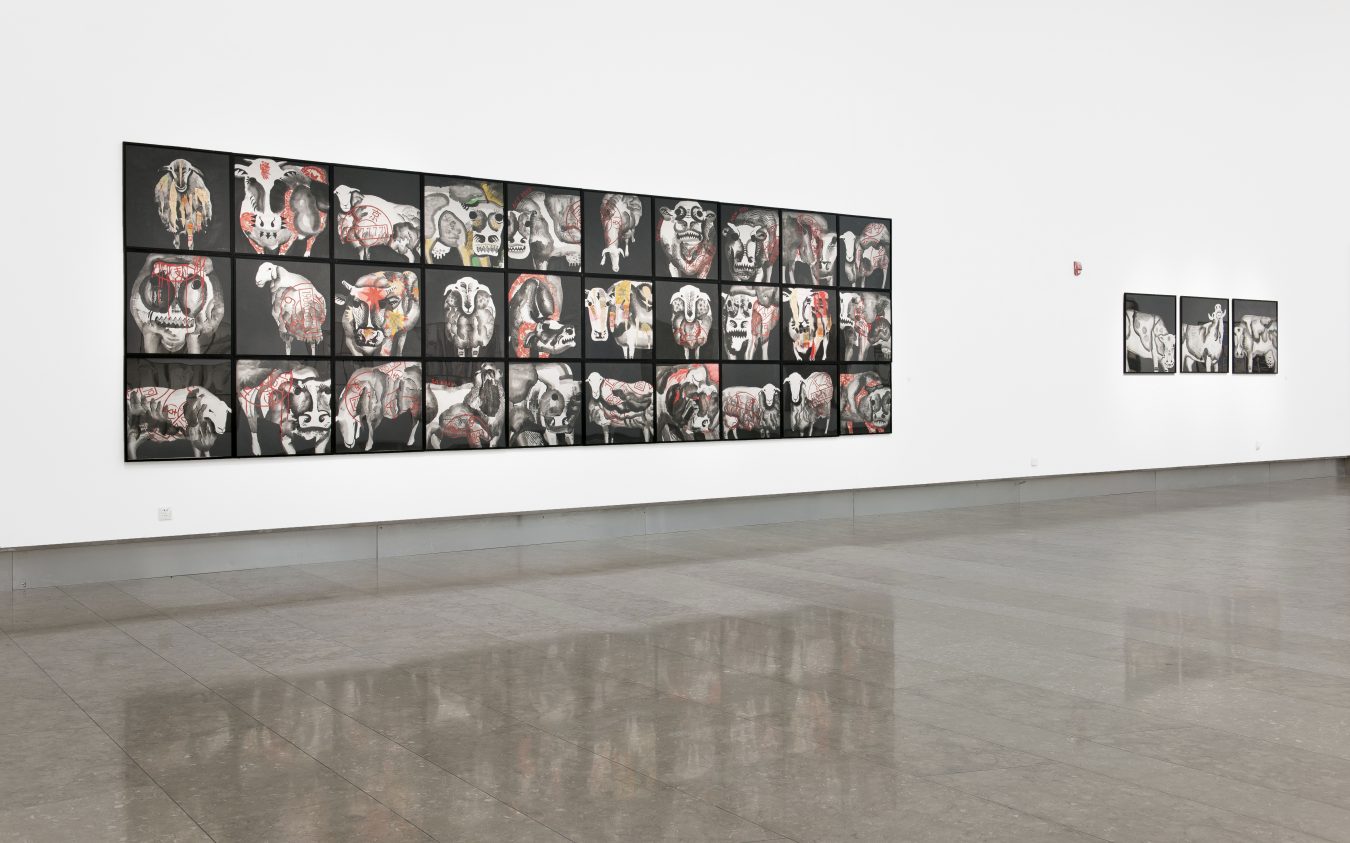 Ghosts in the Mirror-Song Ling 1985-2015 is co-hosted by Zhejiang Art Museum and Hive Center for Contemporary Art, it will be featured at Zhejiang Art Museum on the 23rd May. The exhibition is curated by Xia Jifeng, after the great success achieved at Today Art Museum in Beijing during July and August in previous year, it will be one of the important stops of Song Ling’s itinerant exhibition, it will also be his first retrospective held in Hangzhou, the hometown of the one of the most remarkable artists of the ’85 New Wave Art Movement.

Song Ling was born in Hangzhou in 1961, and graduated from Zhejiang Academy of Art in 1984. His series People-Pipelines was featured in ’85 New Space, one of the most important exhibitions of the ’85 New Wave art movement. These works used Surrealist techniques to prophet the human contradictions of the era of industrialization. In 1986, he joined Zhang Peili, Geng Jianyi and others to found the Pond Association. Song Ling participated in every collective art creation of that artist group, which elicited a powerful societal response at the time. At the same time, Song Ling also reached a high point in his individual creations. Between 1986 and 1987, he created a series of ink paintings entitled Meaningless Choice? In this series, Song Ling absorbed and incorporated the expressive forms and linguistic traits of photography to create numerous reproductions of the same image (mostly livestock). This approach calls to mind Walter Benjamin’s critique on the work of art in the age of mechanical reproduction. The artist’s depictions of these animals can also be seen as depictions of people: in the era of industrial technology and mechanical cultivation, man and livestock share the same fate.

After 1987, as the tumultuous ’85 New Wave art movement was approaching its close, Song Ling left China to study and live in Australia. Once in Australia, he continued with his already-formed unique individual style. Aside from ink painting, he also experimented with mixed-media collage, acrylic and other mediums, 12 solo exhibitions had been organized. During his residence in Australia, Song has concerns about Chinese contemporary scene as always, and he returned to Hangzhou to set up a studio in 2013.

The exhibition comprises roughly 200 artworks and large amounts of documentary materials spanning every period in the artist’s three decades’ career. 2015 is the 30th anniversary of the ’85 New Wave Art Movement, which has been written in history, ’85 New Space, the Pond Association and those people who participated were one section that could not be neglect, while Song ‘s creative development was an important clue that served the history. The exhibition provides a unique view into this individual artist while also sifting through the threads of the early development of Chinese contemporary art, especially the creative status of the Pond Association, presenting the internal conceptual side of this historic art movement and of the artist as an individual.

The title Ghosts in the Mirror is taken from Alain Robbe-Grillet’s autobiography that suggests the polyphonic features of the exhibition, on one hand, it highlights the relationship between the subject of “reemerging”, the object of “reemerging” and the temporality of “reemerging”; on the other hand, as all the works of Song Ling can be considered as the counterpart of Grillet’s “mirror”, which is simultaneously the whispering narrative subject and the object being narrated, bearing on self-insightfulness and an interactive vision with social art history; while “reemerging” allows us to reflect upon the objectivity and detachment of history and time, and at the same time experience the honesty and fertile imagination that inform the spirit of the artist.