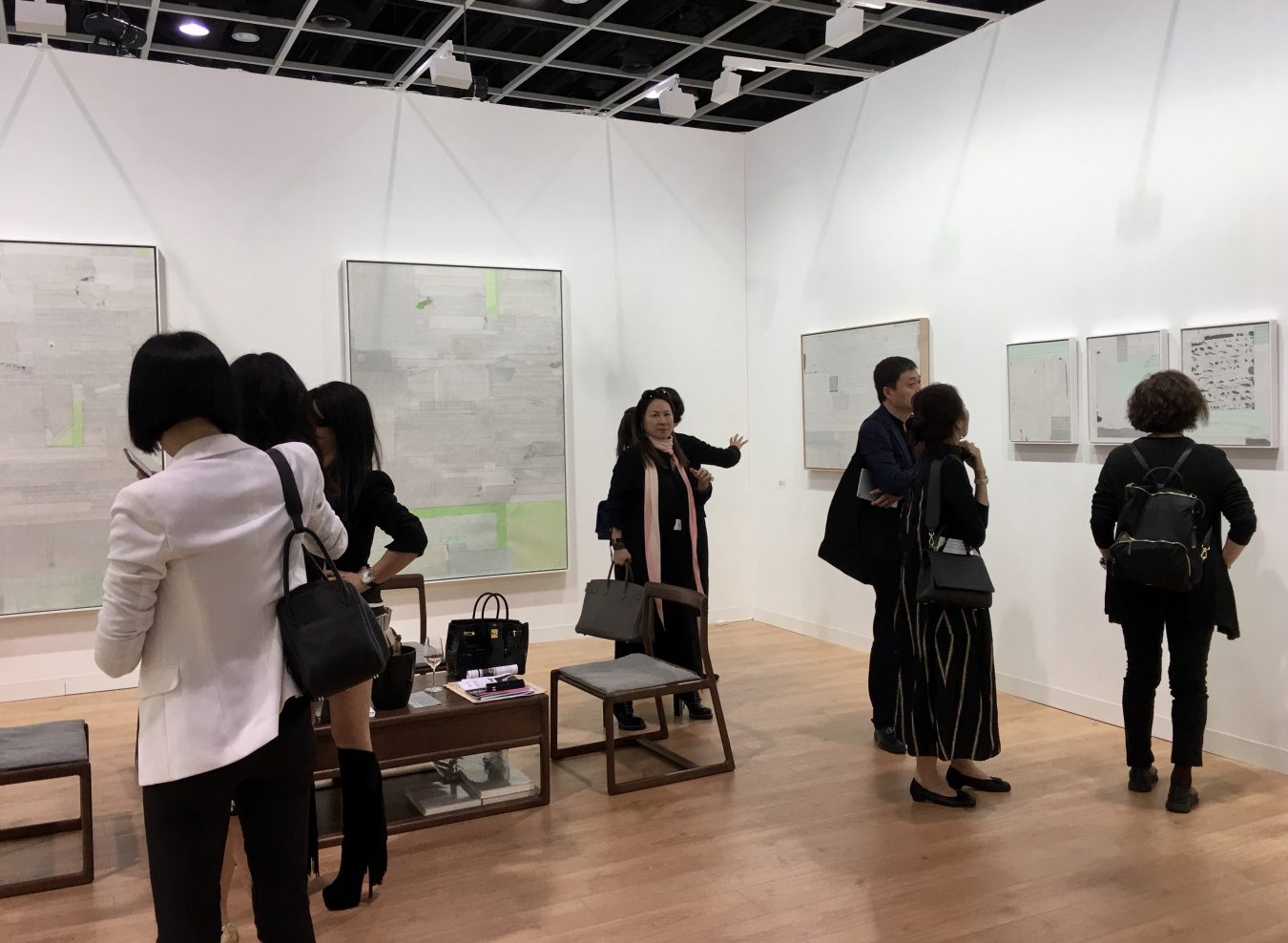 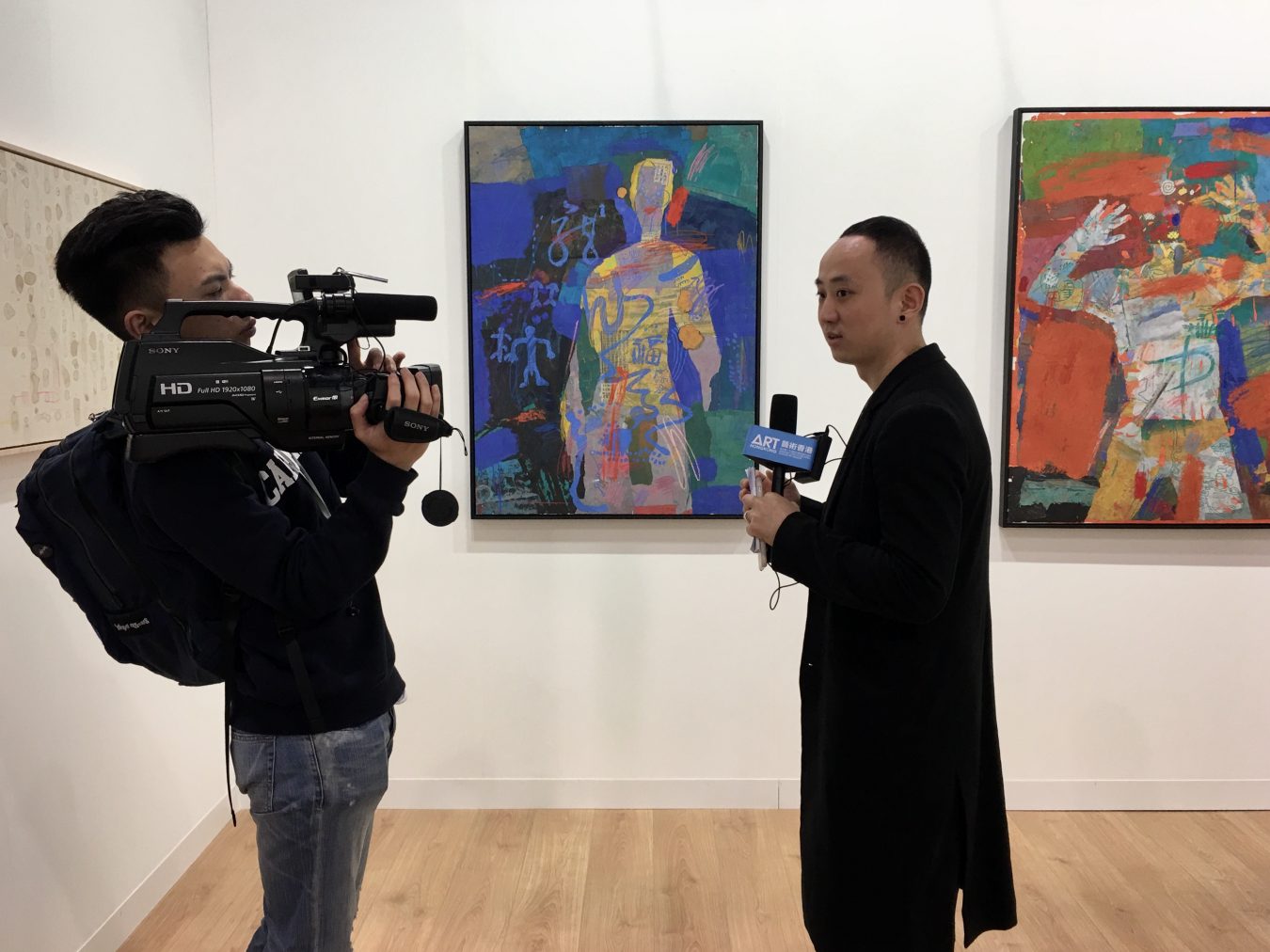 Liang Quan is the one of the first Chinese contemporary artists who studied in America after Chinese Cultural Revolution. Also he is one of the first Chinese artist who have engaged in abstract works. The utilization of the rhetoric of dual East-West cultural heritage and intertextuality became the crux of establishment of Liang’s artistic style. This exhibition will show Liang’s contribution and practice in translating the Western Abstract language to the East using Liang’s masterpieces from different phases.

In 1981 to 1983, while studying in America, Liang was attracted by “collage “technique  in Modern art, because this language is rooted in the combined forces of Dadaism, Cubism and Surrealism, which was attractively for a Chinese artist who have just come into contact with various western schools of art in a short period of time. Therefore, Liang sensitively connected in the mind that the mounting of SHANSHUI landscape paintings could itself be seen as a language of “collage;” elements such as the upper and lower boundaries and the wooden core work together naturally with the painting to form a completed artwork. Liang translated a classical form into a “foreign language,” which is in effect the viewing and imagining of tradition through the eyes of others. Liang’s condition, far off across the seas, could be described as the one who is removed from the main stream of the Socialist Realism and steeped in modernism to the point that he became a contact zone full of tension.

In his creative practice, Liang seems to have first played the role of translator, attempting to use a foreign language to interpret an original work in “classical Chinese,” and then to translate it into the environment of modern Chinese. The role as a translator in the stream of cultures by, translating the contract of classic and contemporary, may sound rather absurd, but it implies a “gap” that is correct and worthy of our efforts. In the environment in which Liang was raised, the “state in which his own language happens to be” appeared long ossified in a rigid framework of official ideology. Most ink painters who regained the possibility of expression were unable to go far along the path of spiritual expression and again fell into the trap of formulaic creation. Overcoming this backdrop, the act of turning “mounting” into “collage” can be seen precisely from Liang practicing the translation of classical Chinese into English, French or Italian, and as being the first half of his winding return motion. In the long period that followed, “collage” would become a personal language that he would gradually Sinicize for use in his translation of traditional classics. Surely, this movement processes did not include the solitary Western resource of “collage” alone; others, such as graffito, Pop readymade concepts and abstraction all served to constantly improve his translation vocabulary, so that the brushwork, structures and atmosphere of ancient SHANGSHUI painting meet up with a new encounter with an unrecognizable, alien stratum.

Liang Quan’s shift in style after 2000 can be briefly summarized as the return of silence. In a sense, Liang’s creations at this period encounter with old culture, which raised him from child, in the real world. The sense of process in the manual production approach produces a dream of elegance. In other words, explorations of language and form are always dominated his practice. “Salute to tradition” becomes a recurring motif, yet the practice that emerged from this nostalgic rumination gradually led to a pursuit of “pure language.” Liang’s “conceptual translation” of pure language is a leaf-like “empty boat” floating in the middle, yearning to paddle to the absolute other shore. Liang knows that to evoke nostalgia, one must first convey the great distance between us and our homeland. Liang’s measure of distance begins with language, and in language, he explores a way to shorten it.