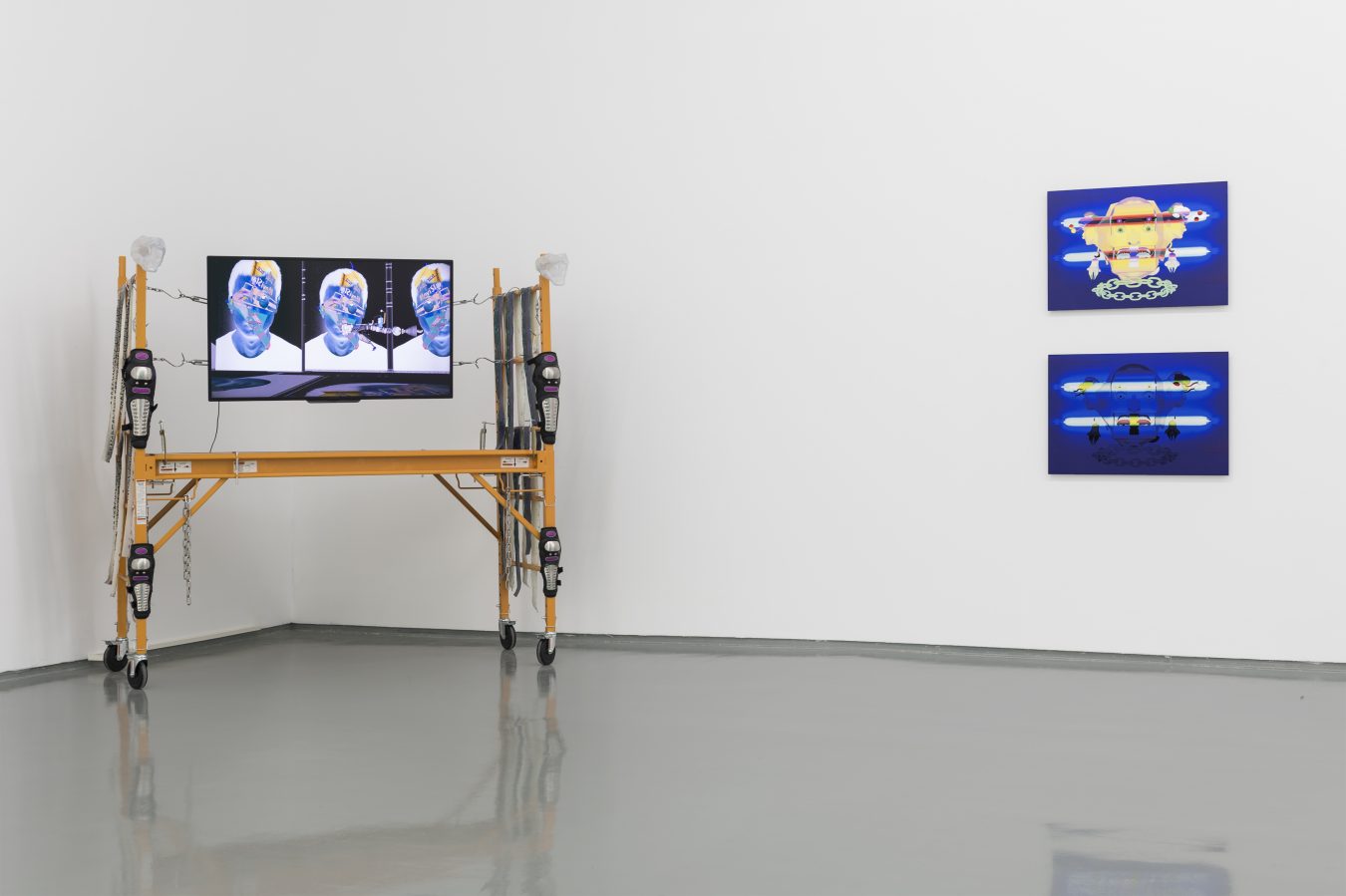 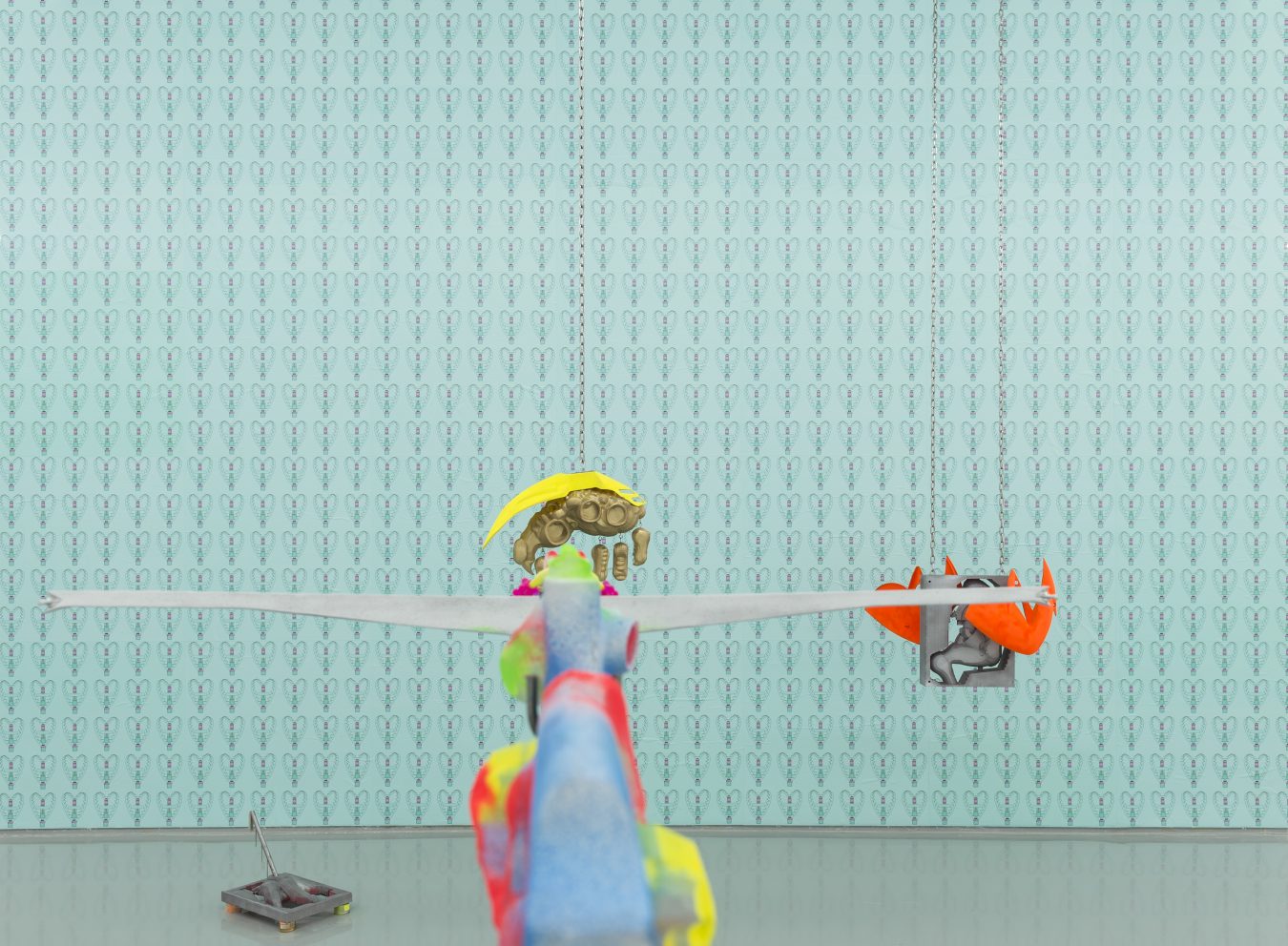 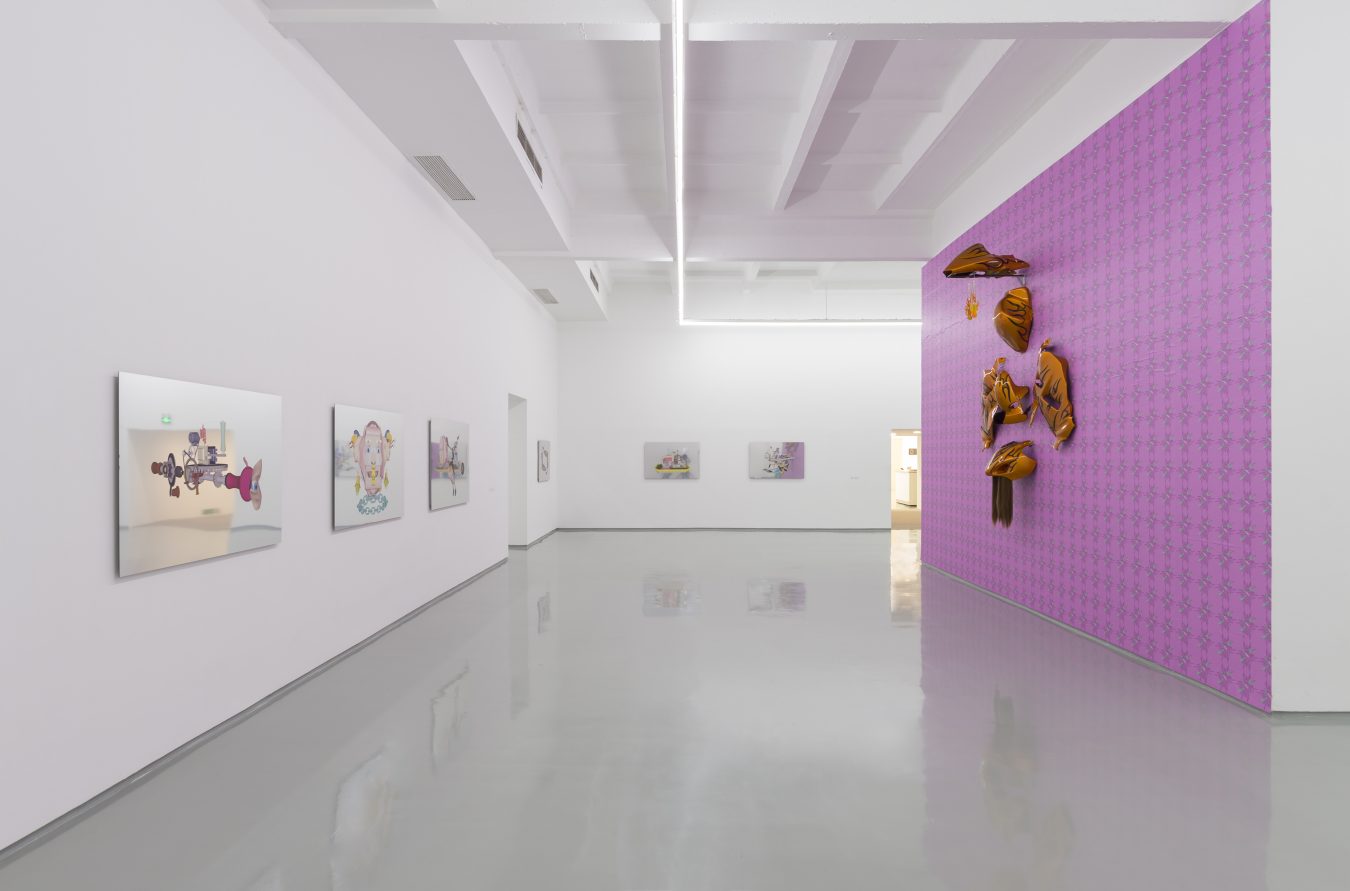 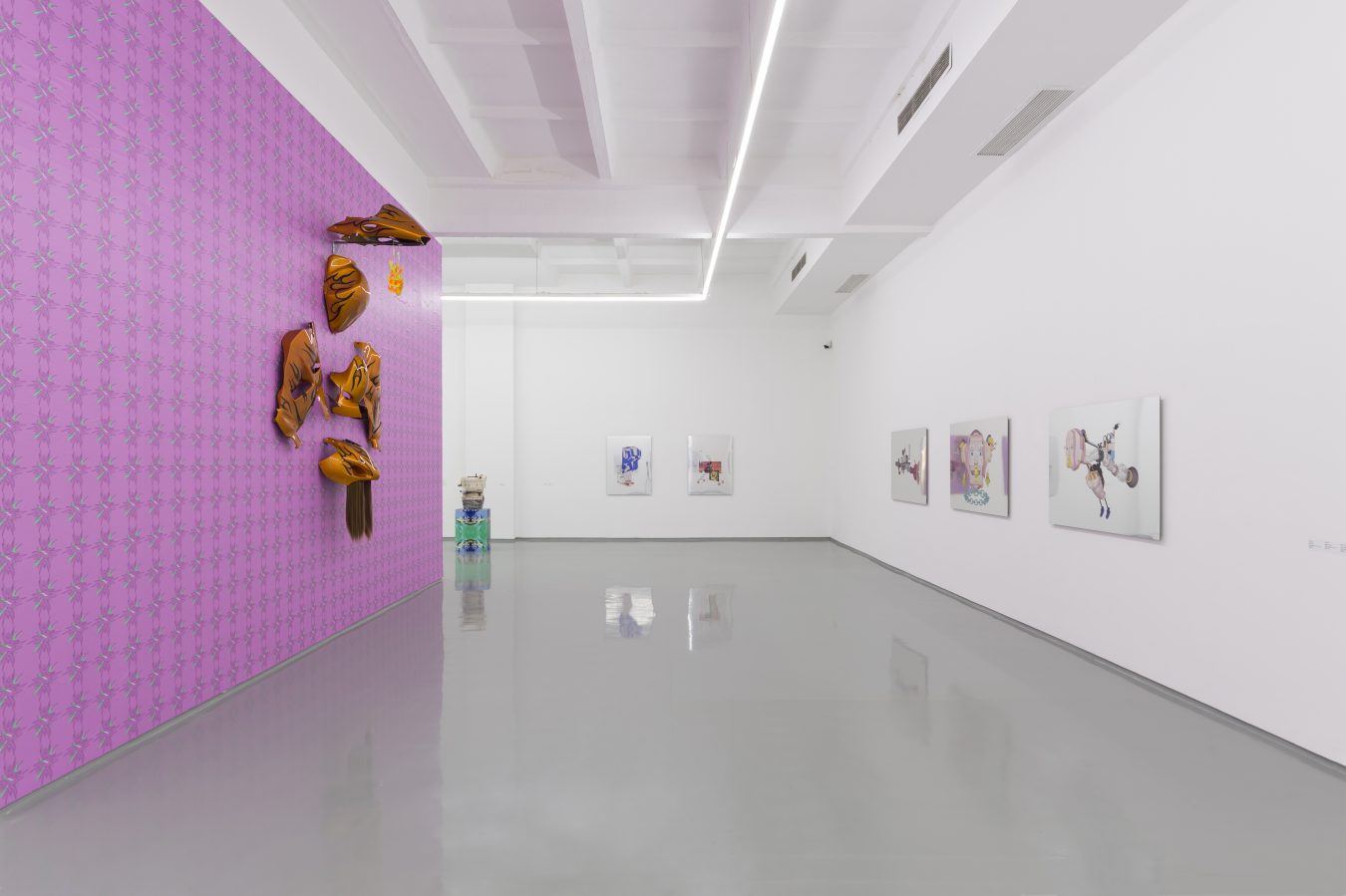 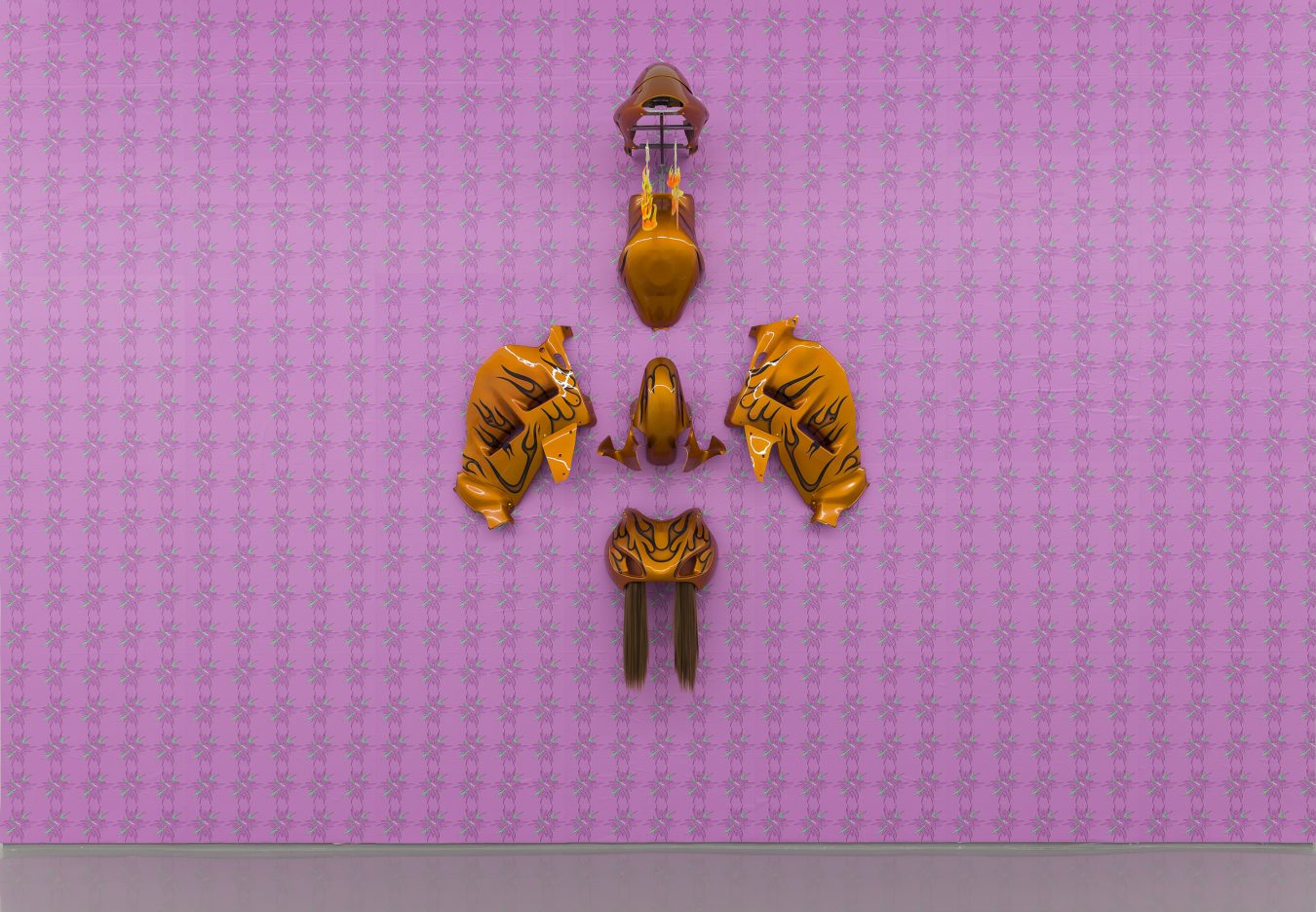 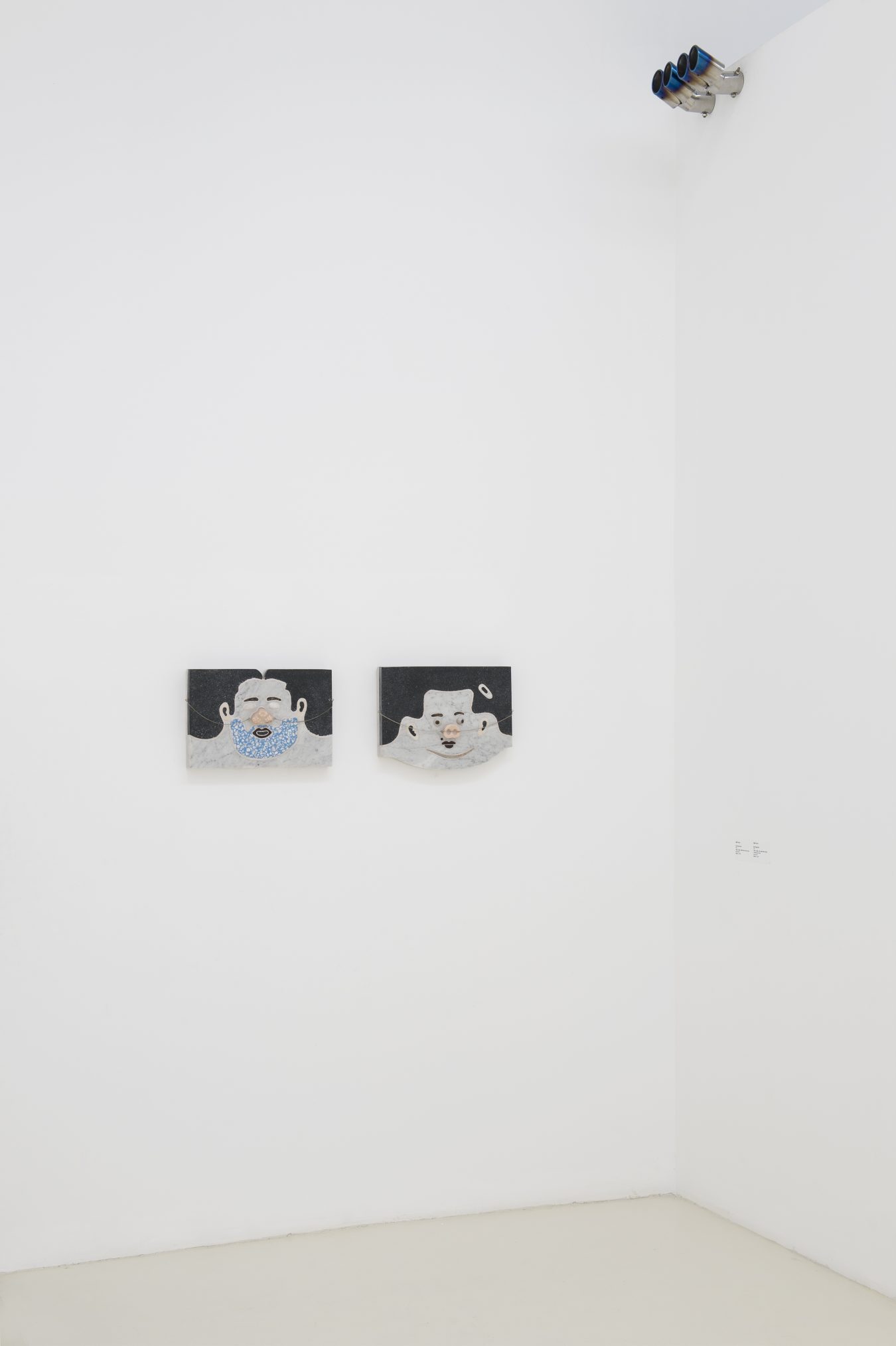 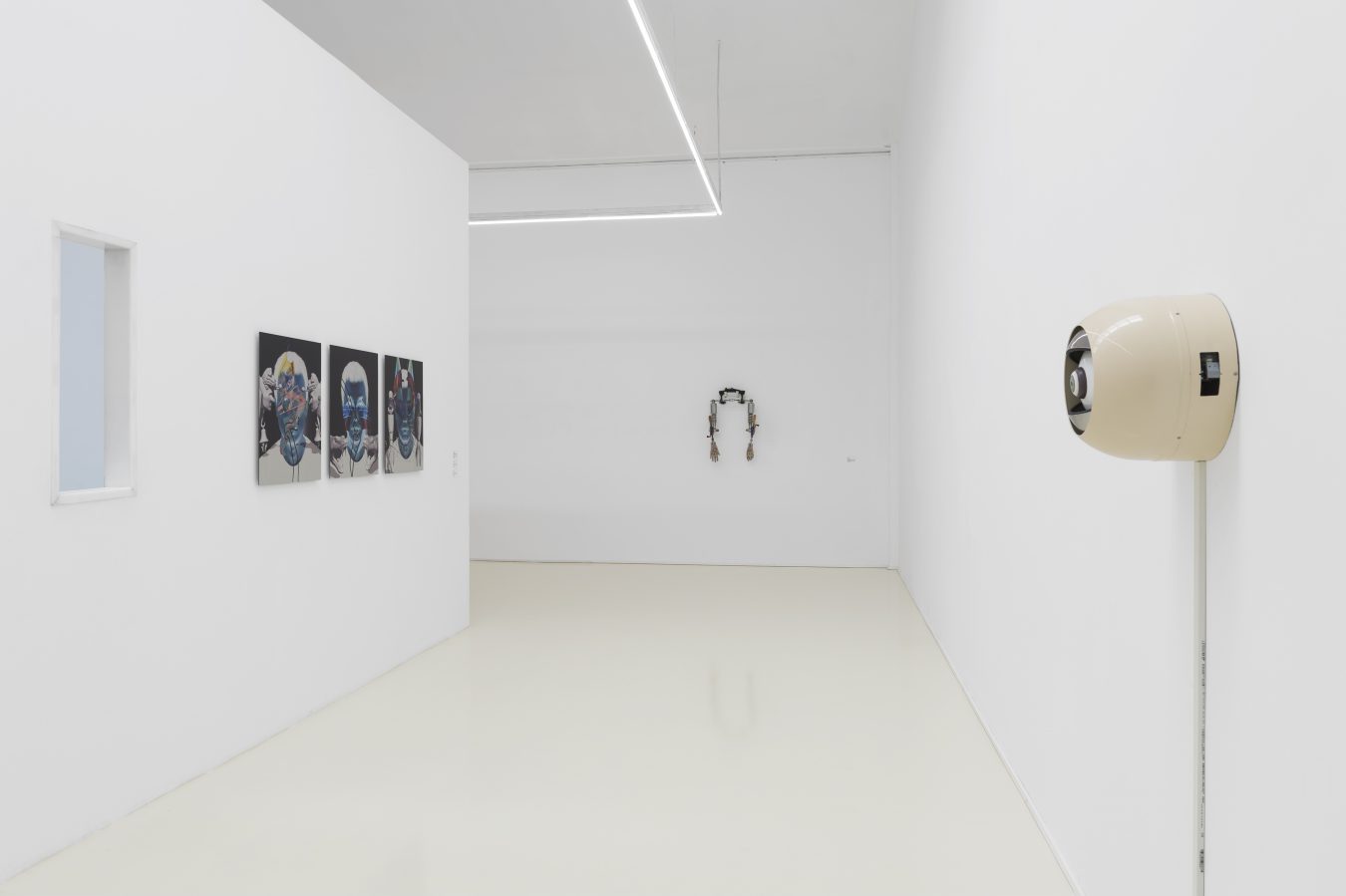 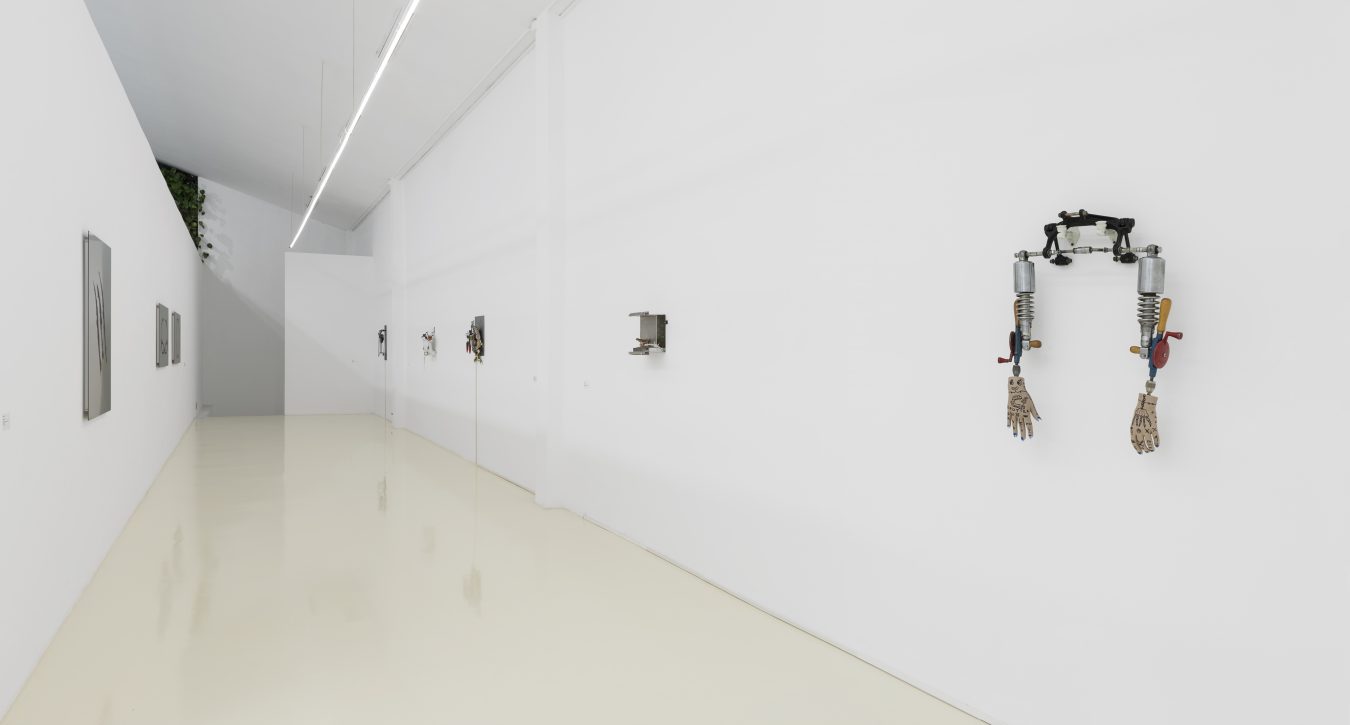 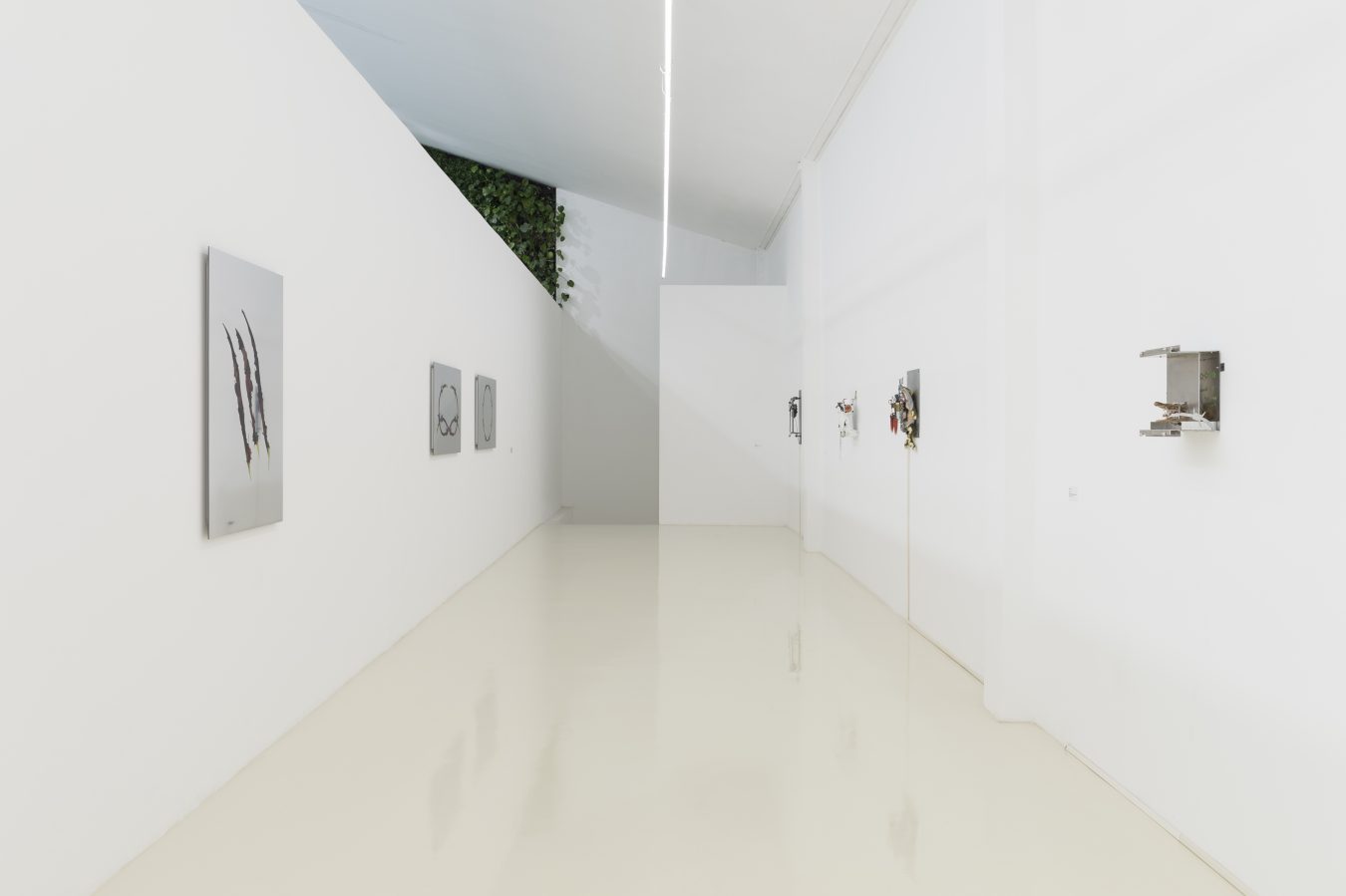 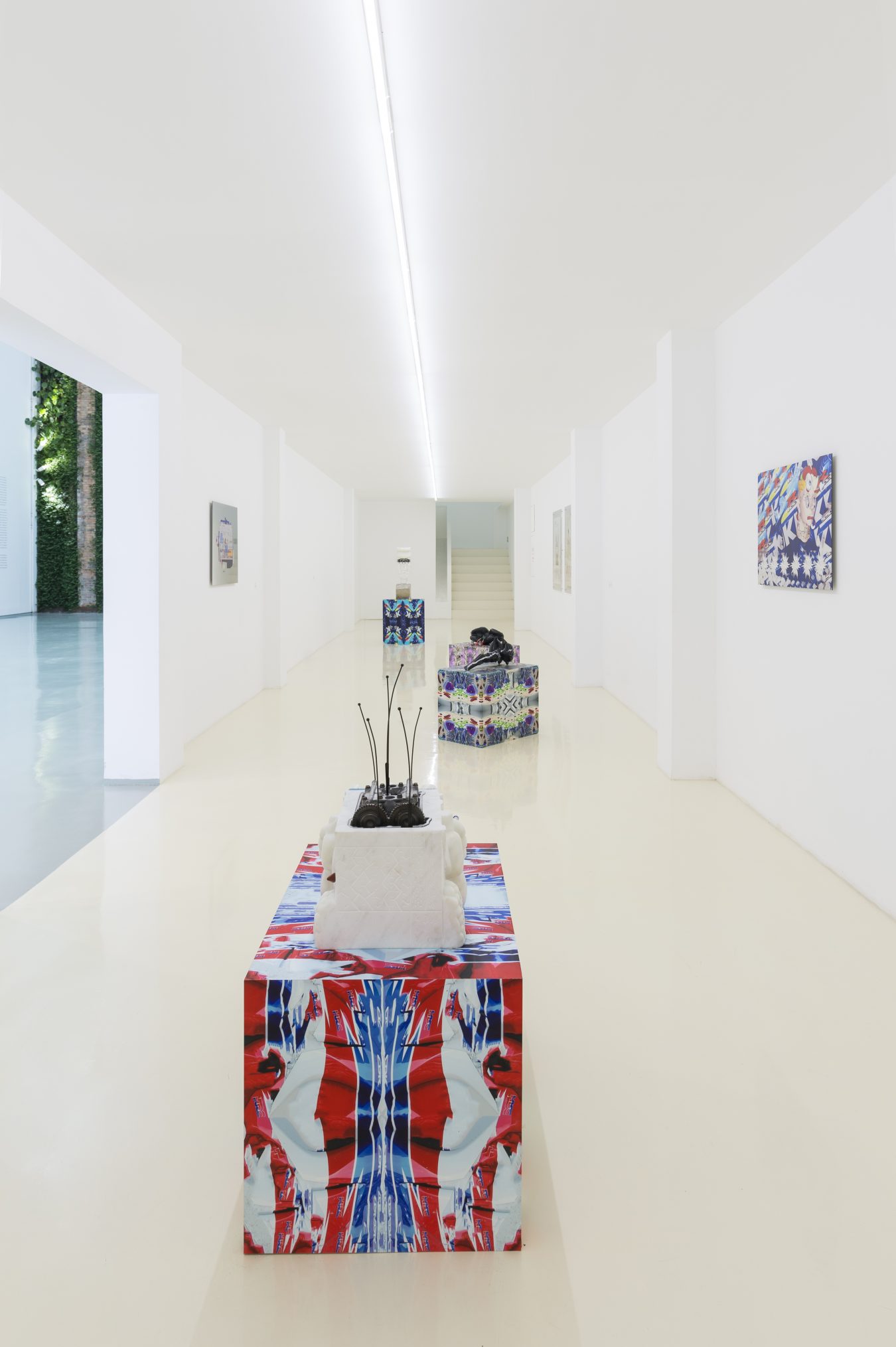 Killing All on Board
Tian Mu 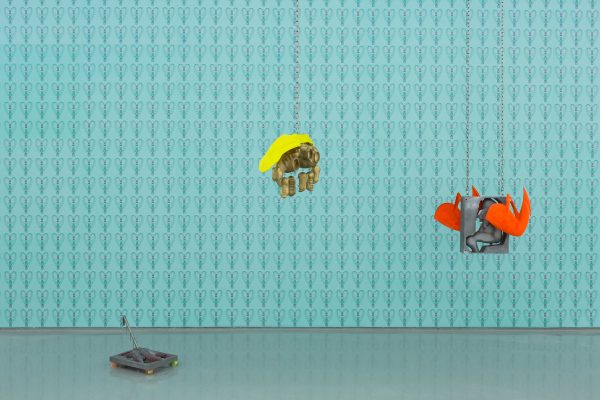 Hive Center for Contemporary Art (Beijing) will present Hive-Becoming XXXIV Tian Mu: Party of the Redundant at the hall C/D/E from Jun. 15 2019 to Jul. 31, 2019. Curated by Yu Fei, the exhibition marks the first solo exhibition of the London-based young artist in China. Artworks from 2016 till now including mixed media in 2D, sculpture, and installation will altogether create a party that integrates different inorganic and organic properties, which is an active intervention made by Tian Mu from backstage in the present and the future in a post-human context.

Art. His recent projects include a public sculpture at Broomhill Sculpture Park, (2019); a solo exhibition at Dirty House, London (2019), a residency program at ZK/U Berlin (2019). Tian Mu is also a member of the Royal Society of Sculptors since 2018.

On the premise of the advent of a post-human world that underlies our discussion of possible future lives, Tian Mu intends to escape from the narcissist humanistic complex and the worship of AI developed by technological Darwinism. Everything, be it 2D digital printing, ready-made alteration or three-dimensional sculpture or be it a car engine, human intestines, or the head of a bug, is treated equally in Tian Mu’s works: machines serve not as any artificial parts to add to the strength of human bodies, animals are not personified nor intelligentized into some more advanced subjects, and mankind even comes into play with no dominant power but as a coexistence equal to the previous two in the hierarchy. Also, in a synergetic life form, these motley organs counteract and constrain each other in some way. Assembled often in some impractical manner, these new bodies have been deprived by the deliberate detachment of logic of the possibility of truly working and being put into practical use. The very purpose of piecing these seemingly abandoned and useless organs together is to disintegrate the concepts of function, profit, and evolution.

For all the sculptures, hard and cool marble is employed to be carved into the shapes of cellular tissues and human organs. Then repeated polishing and grinding give, miraculously and gradually, an organic-like texture to the surface of the marble. Taken off their original mechanical structure, the car parts are put here in a new body as a simulated component. Double-alienation happens to the organic and the inorganic during their functional and material interpenetration, and such defamiliarizing effect betrays the nuanced relationship between the two. Thanks to the theorization and application of bionics, the barrier between organic and inorganic beings have been lifted, and what Tian Mu’s doing right now is definitely no rigorous scientific work. On the contrary, he aims for functional and image malposition, so as to add badinage, comicality, and ambiguity to the not-very-harmonious and even quite an abrupt symbiosis of the organs.

In Tian Mu’s works, we can see his reference to Greek mythology. Most of the monsters in it take on the form of hybrids and Tian Mu’s art happens to be built visually on the diversity of sources of all the monster images. By a step further beyond the diversity of biological species, Tian Mu transplants the heterogeneous organs in a more deviant fashion. Tian Mu also loves to appropriate some very distinctive and symbolic characters of the contemporary cartoon industry and give them a brand-new context he created for new meanings. In similar forms and postures, these materials and original characters show up at different settings, in an attempt to develop a totem of the current visual culture out of their endless self-repetition so that a link can be built between the contemporary concept of image consumption and the totem worship back in the primitive times.

Rosi Braidotti’s The Posthuman has it that the change in necro-politics has brought about a new type of disadvantaged groups. And we’ll find that the starting point of Tian Mu’s art happens to be his personal experience of the post-industrial turn that has been bringing uncomfortable twitches to the individuals stripped sadly off the collective. Through these pieces of art, Tian Mu provides us with a script about the harmony or the love and hatred between the organs that will eventually be dismissed by the times, and there will be doomsday revels going on endlessly in an autonomous parallel universe. 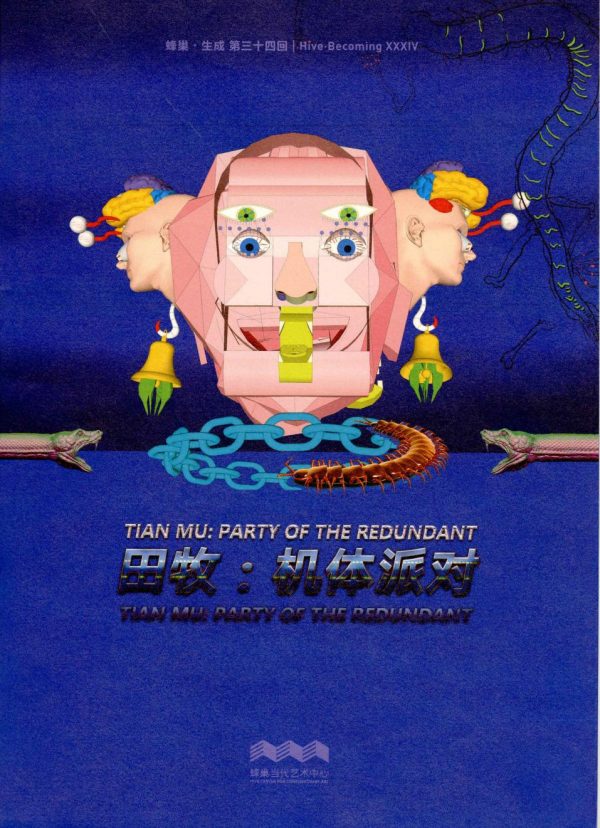