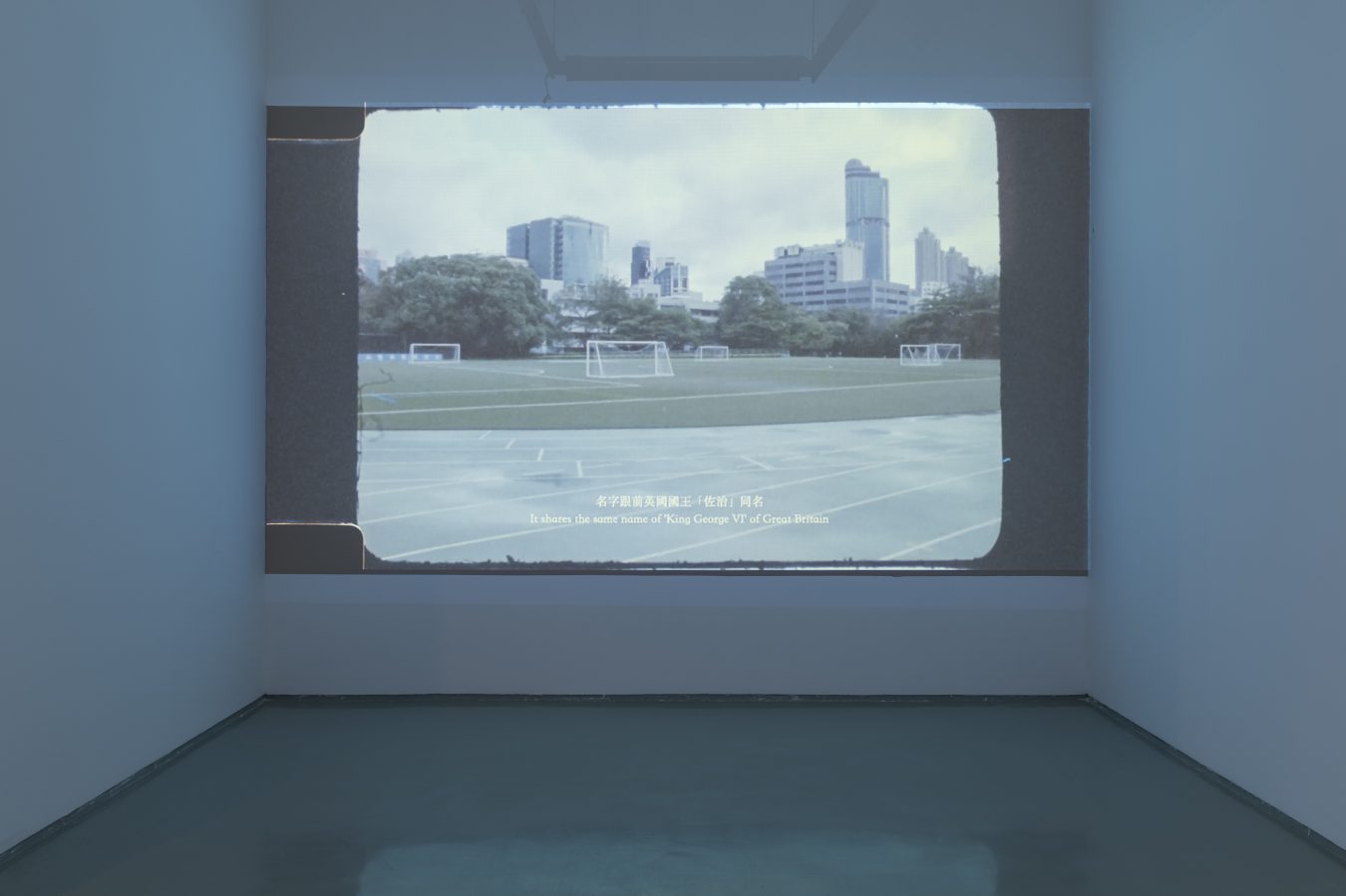 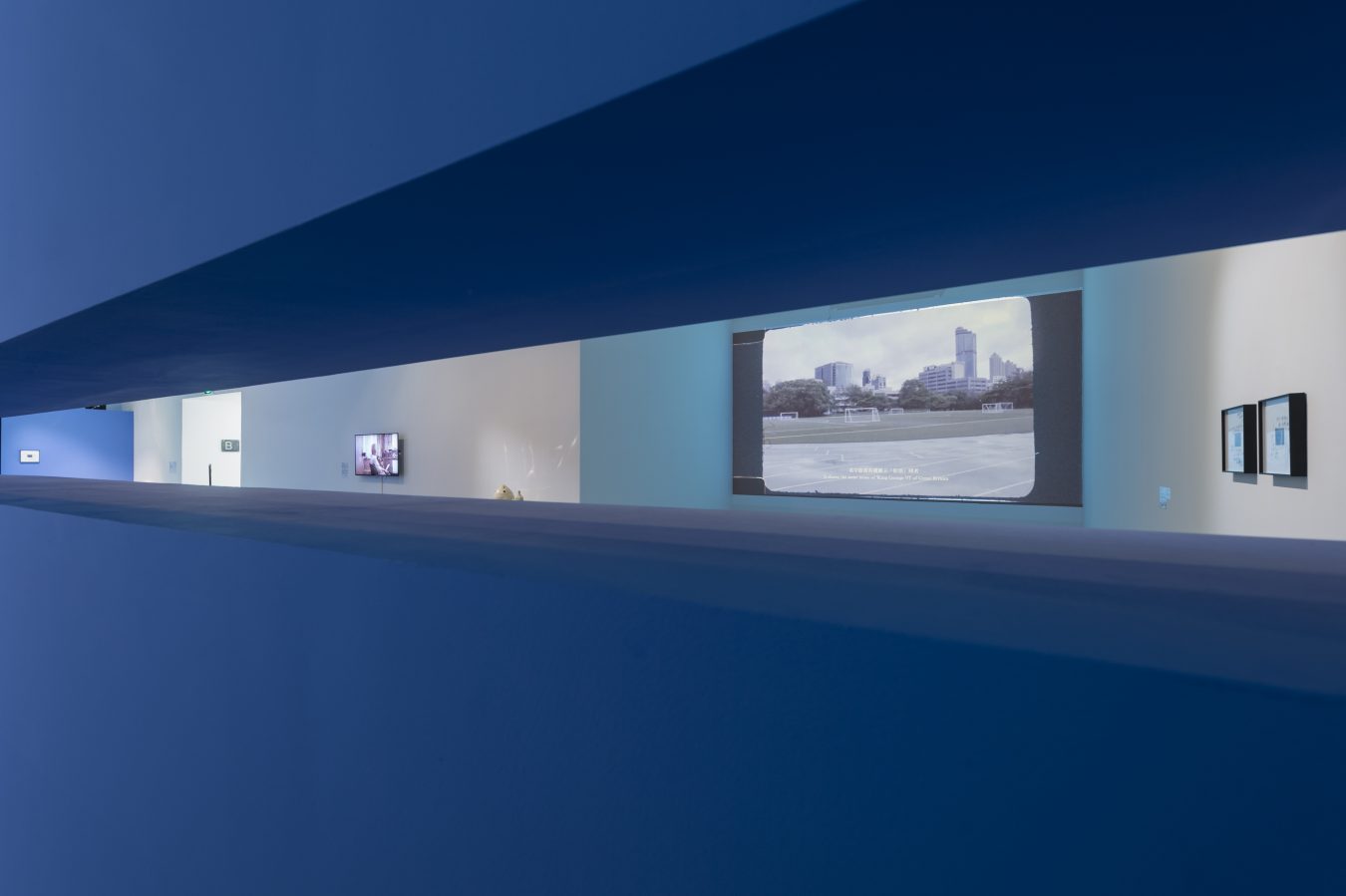 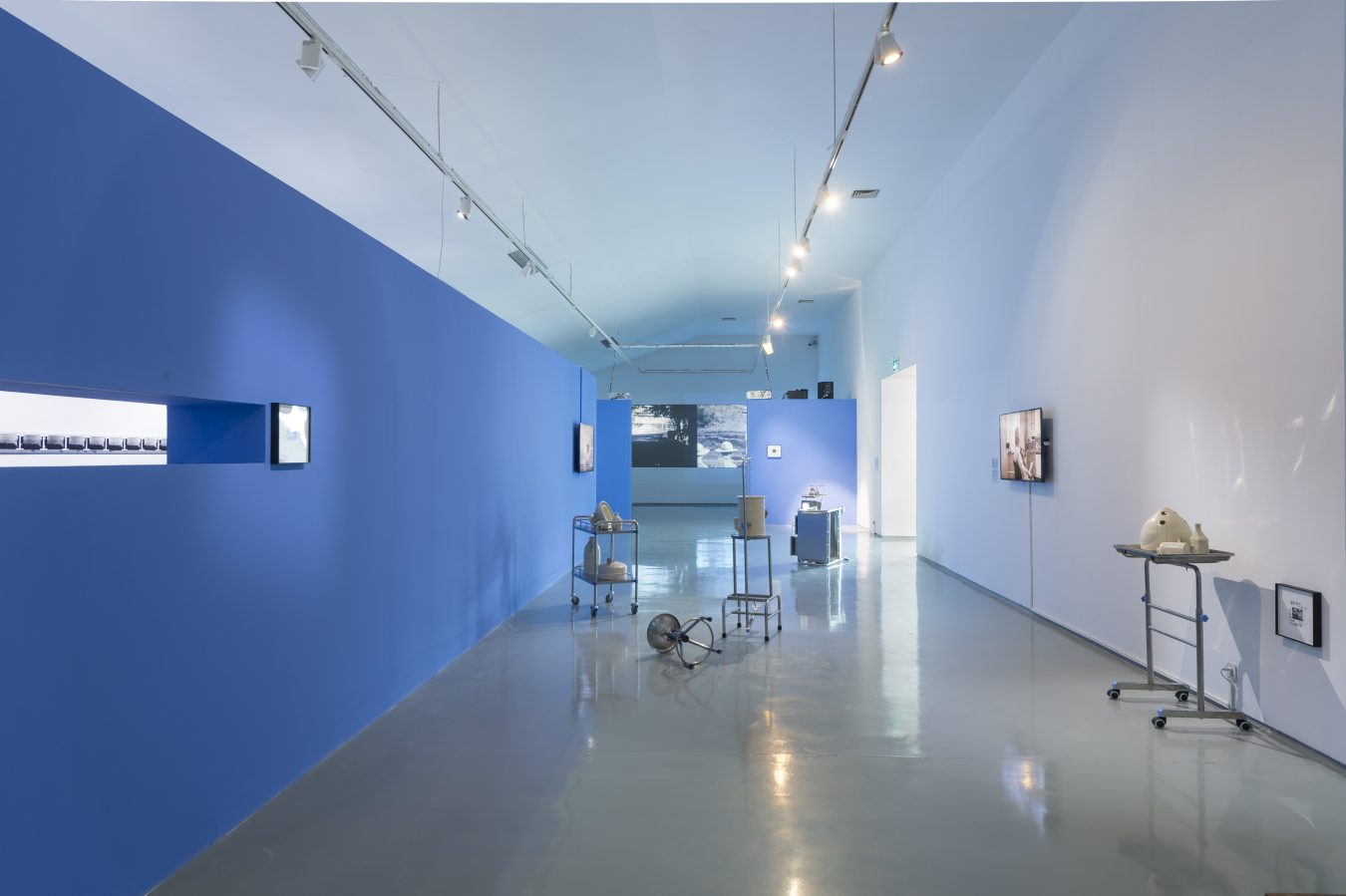 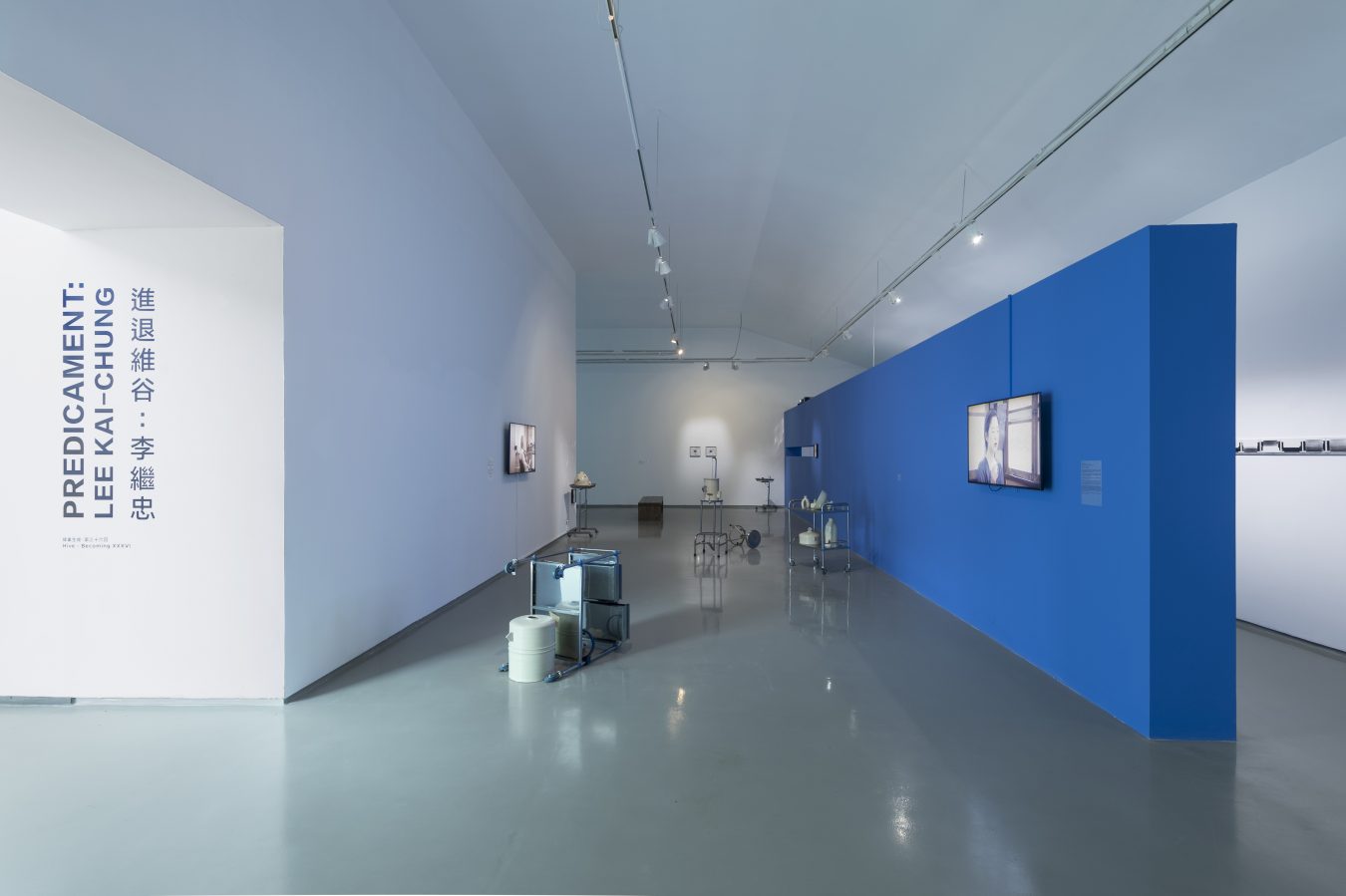 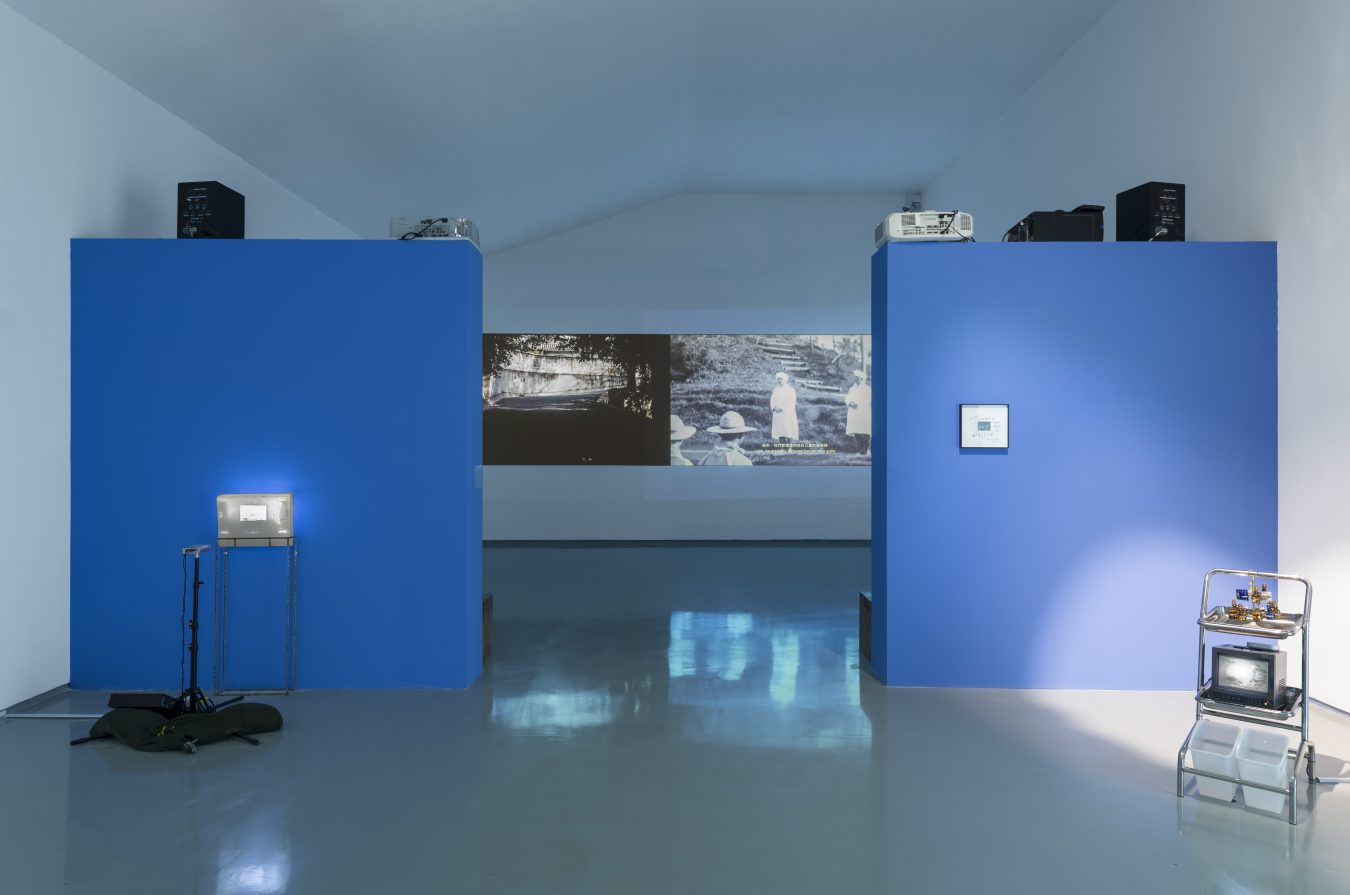 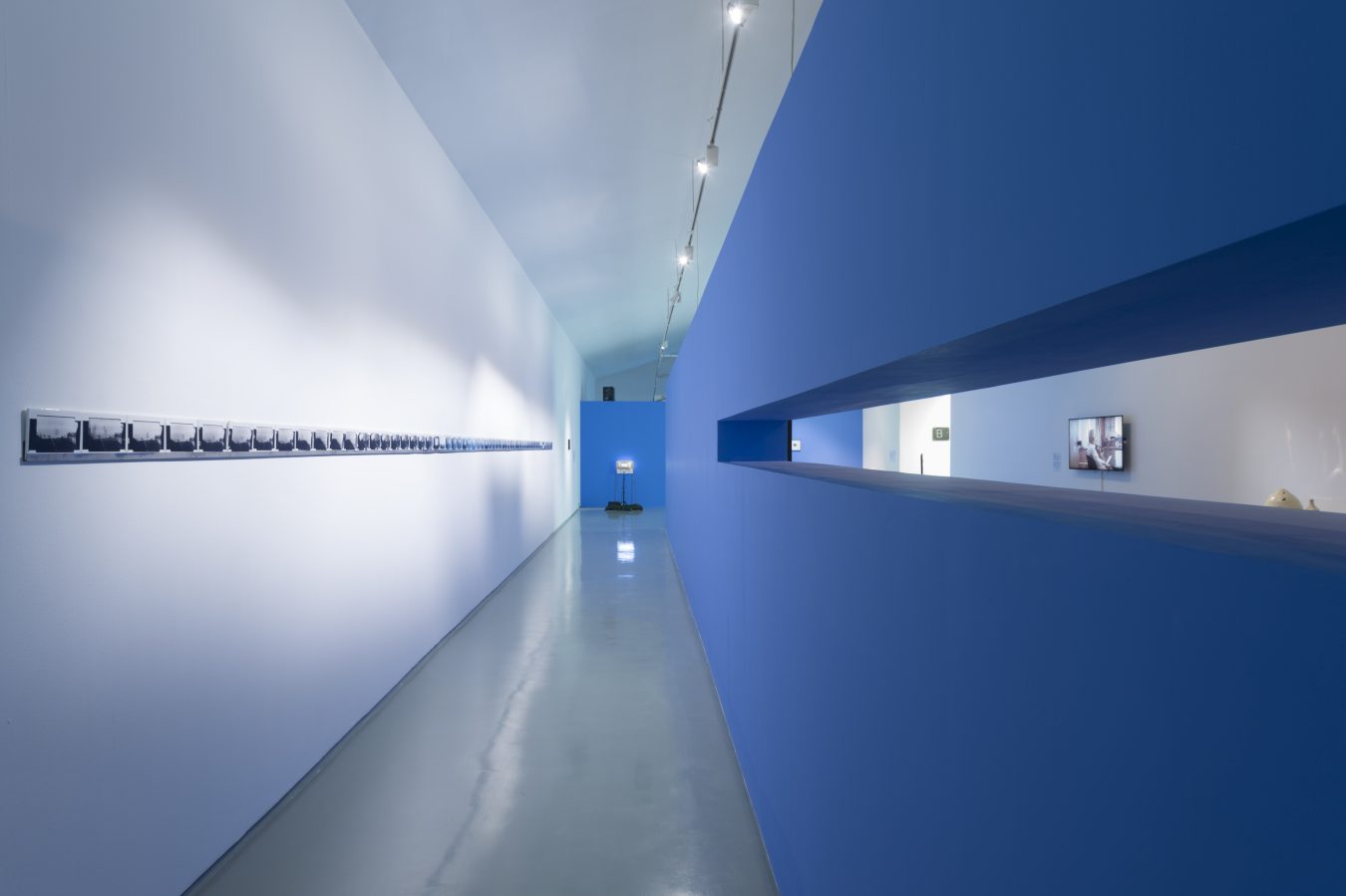 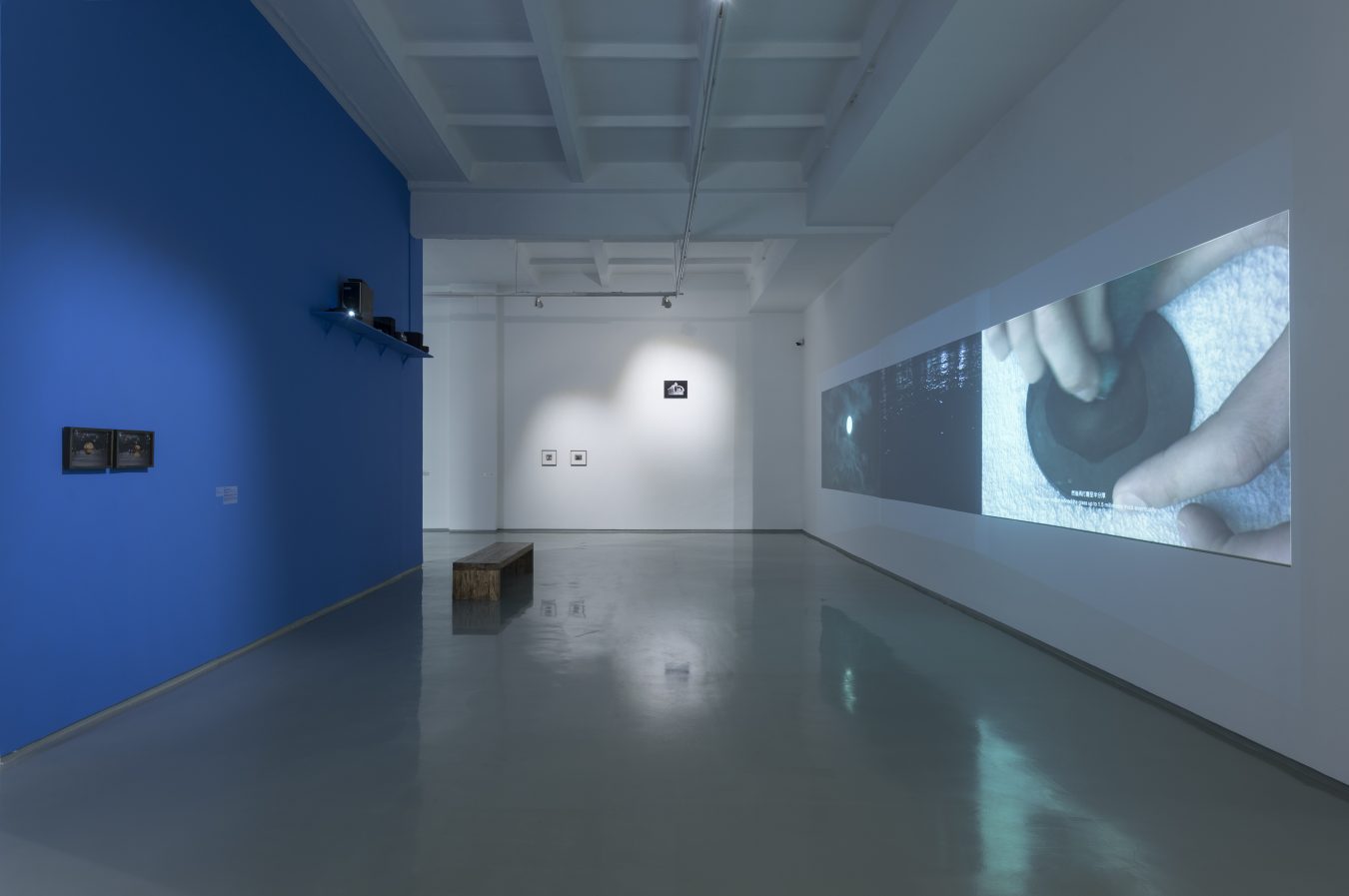 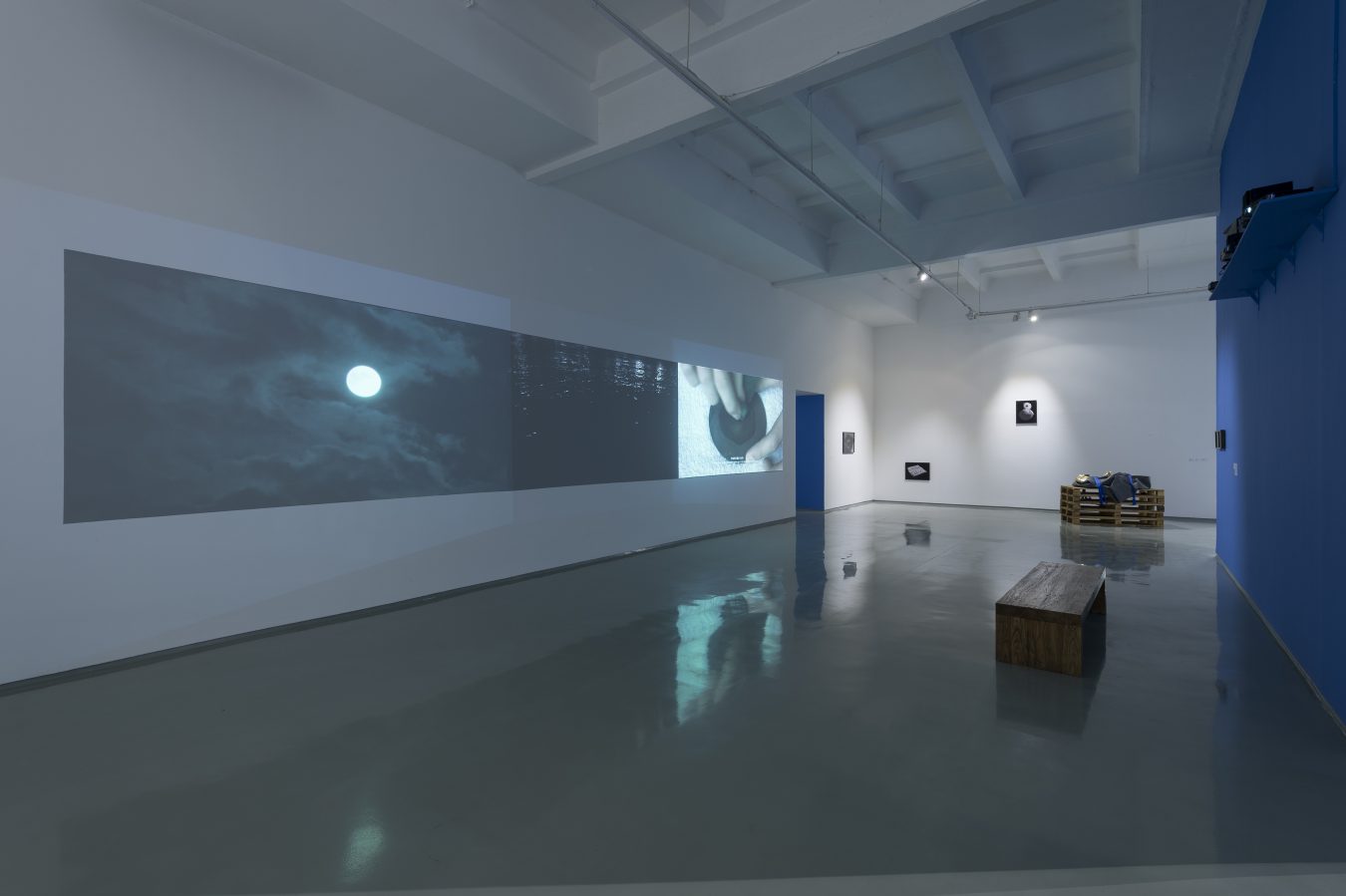 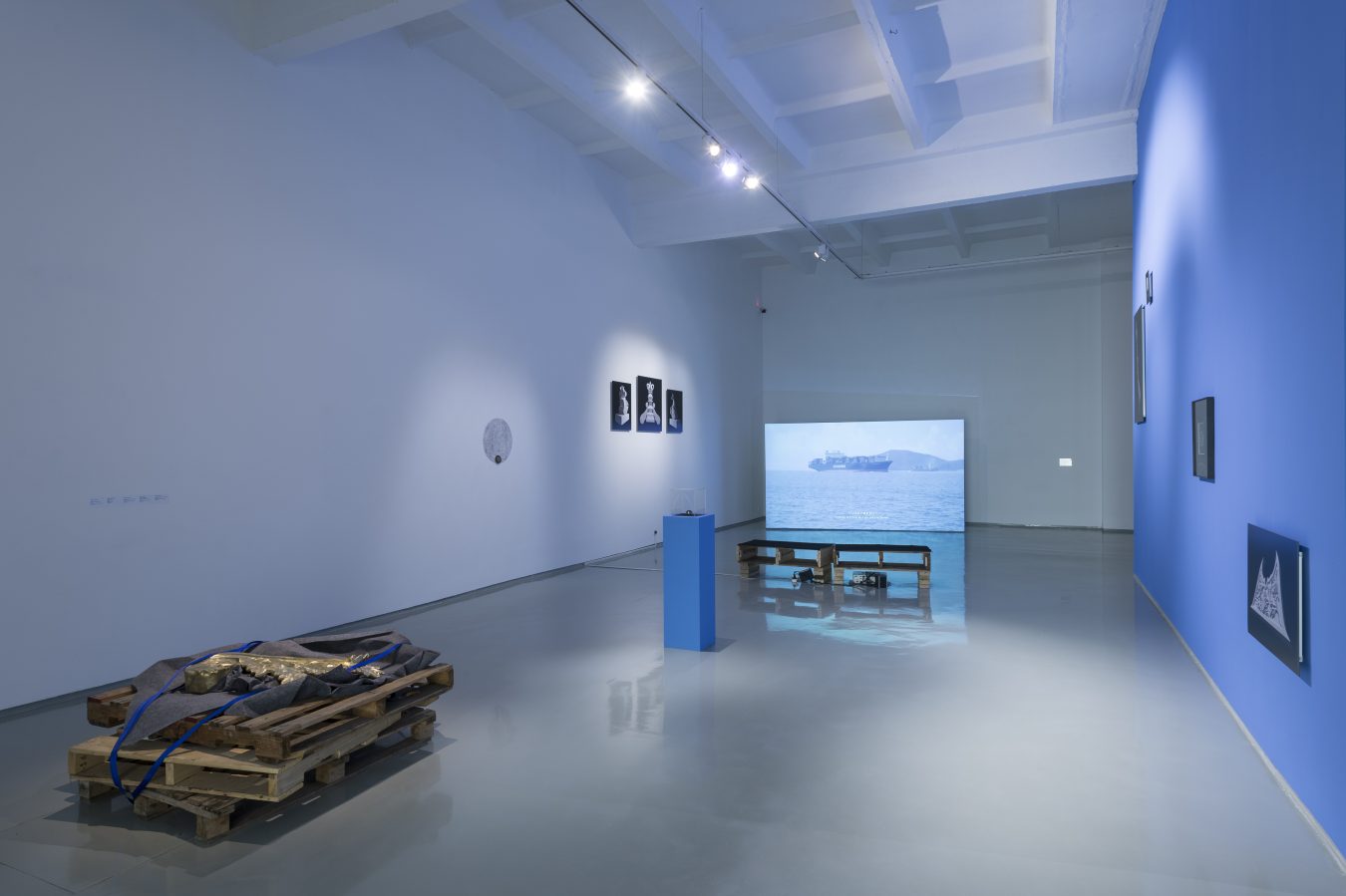 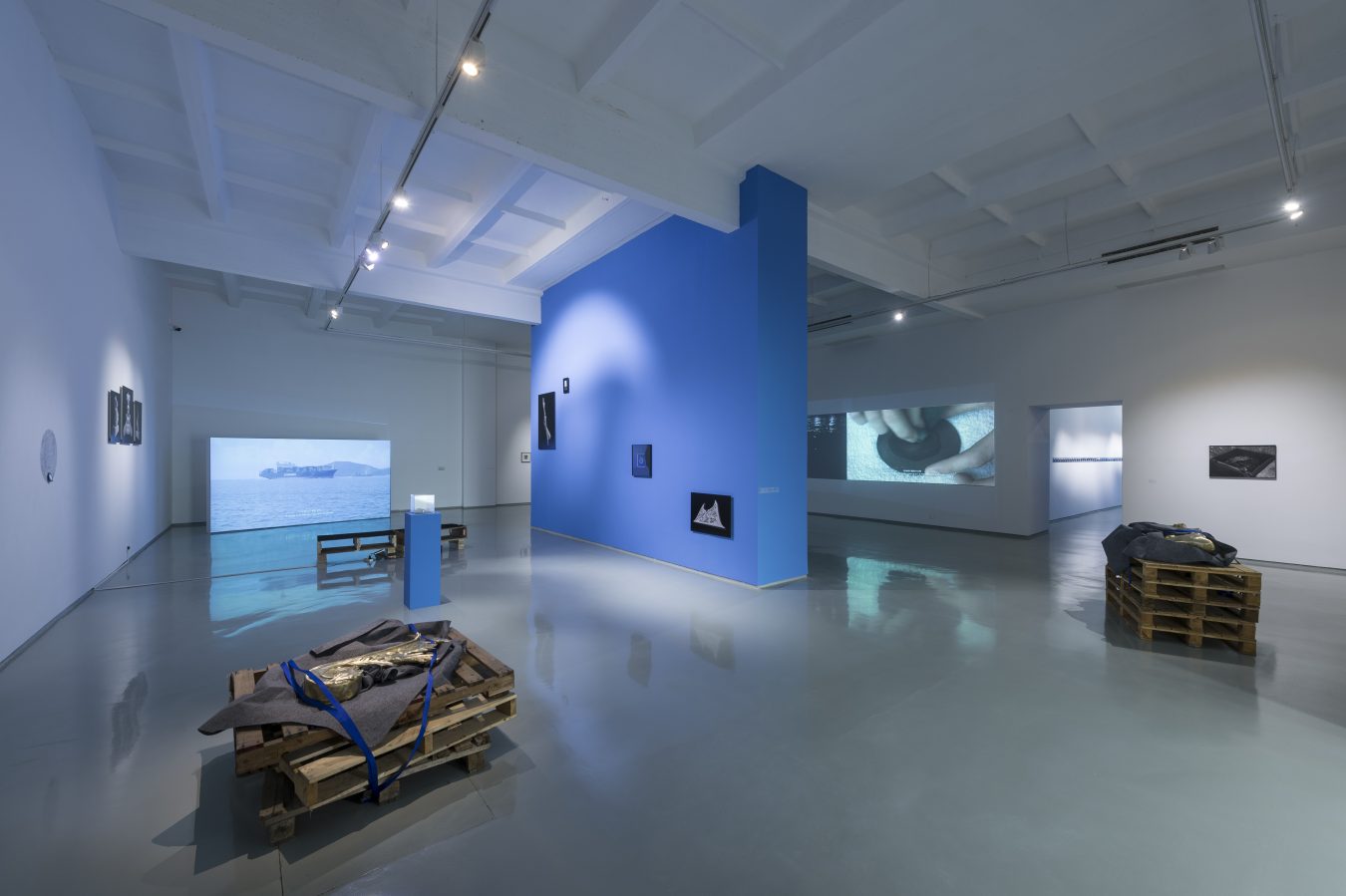 Emblem on Left of the Throne
LEE Kai Chung

Lion on the Throne
李繼忠

Ornate Panel on the Back of Throne
LEE Kai Chung 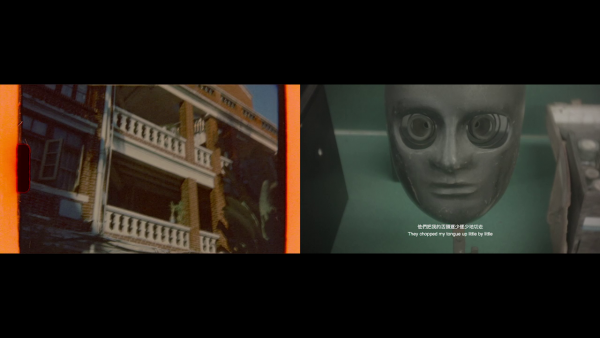 Part V: The Remains of the Night
LEE Kai Chung

The Dust No.1
LEE Kai Chung

The Dust No.3
LEE Kai Chung

The Dust No. 2
LEE Kai Chung

The Dust No.5
LEE Kai Chung

The Dust No.4
LEE Kai Chung 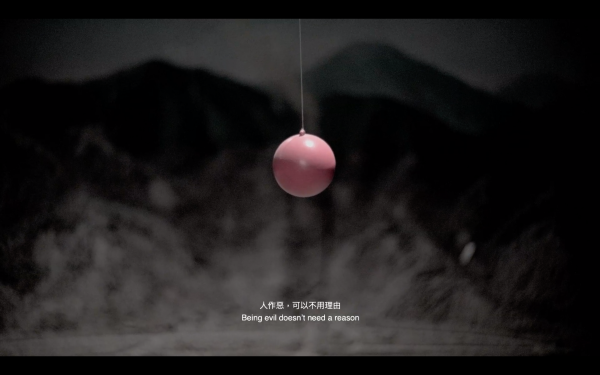 The Retrieval, Restoration and Predicament (I Could Not Recall How I Got Here)
LEE Kai Chung

The Residual No.1
LEE Kai Chung

The Residual No.2
LEE Kai Chung 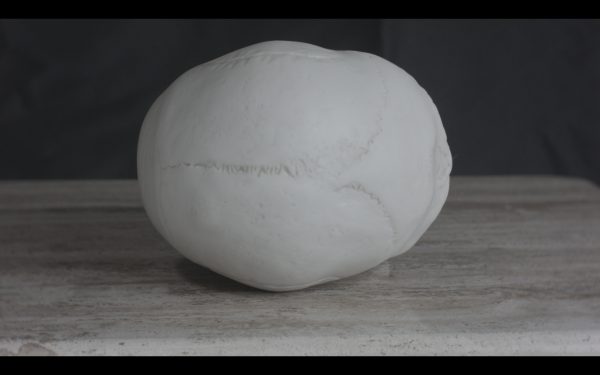 Part I (George and the Swimming Pool)
LEE Kai Chung 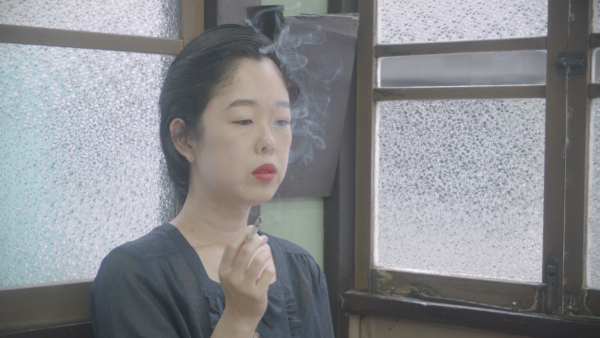 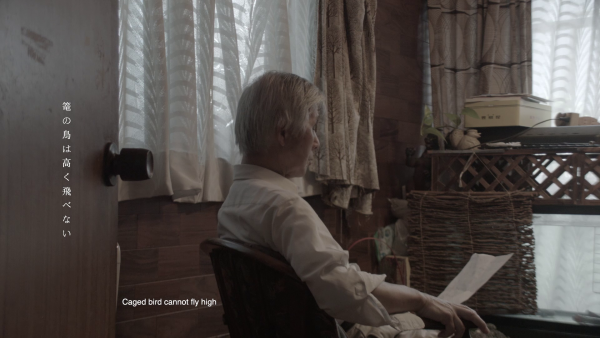 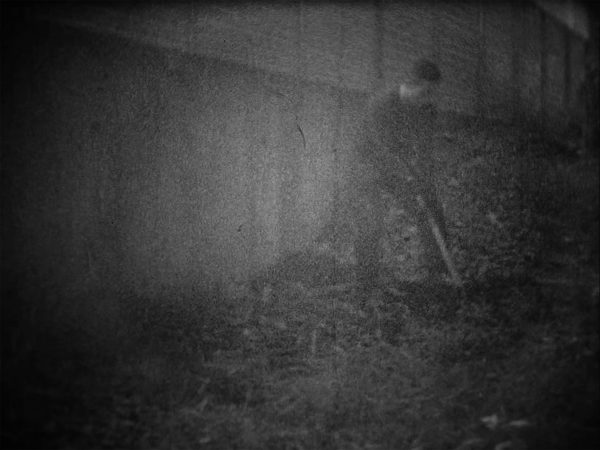 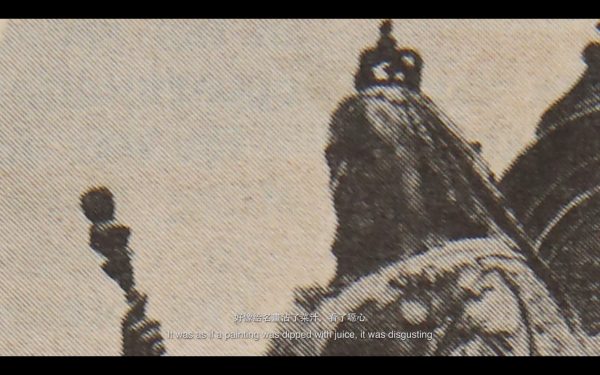 Hive Center for Contemporary Art is honored to announce that its Beijing space is to launch a solo exhibition of Lee Kai Chung, an artist based in Hong Kong, in Hall B and C with a total measure of 500 square meters. It will be his first solo exhibition in mainland China with a scale greater than any of his previous exhibitions. The exhibition is based on two of the artist’s projects: Retrieval, Restoration, and Predicament, initiated in 2018, and its sequel The Narrow Road to the Deep Sea, initiated in 2019 but still in the making intensively – in Lee’s plan, it will be finished by 2021. Noteworthy is that the exhibitions are the first two components of the five projects under the notion of “displacement,” which the artist plans to finalize by 2030. This series of research-based art projects derives from war history and attempts to dig into the relevant hidden power relations in the pan-Asia context and its legacy in modern society by focusing on issues like population mobility and material and ideological transition in the process of “displacement.”

Lee Kai Chung, an artist who examines historical records as an essential method, strives to unravel the multiple historical subjectivities and political implications of the historical record and materials he has been researching and to analyze stances based on varied identities. Narrators with authority all desire to impose a unitary and linear perspective of history onto the public with ideological dissemination, in an attempt to construct a version of history that meets their interest. The artists believe that there is a ceaseless collision between history and reality and that it transcends time and space to demonstrate the discourse and ideology of the historical narrators. Lee’s ambition is to eliminate preaching speech by transforming the results of his rigorous studies and researches with his highly personalized visual language to help people to a realization of the intricacy and potential plasticity of history and the provocation of multiple clues. The authentic code for deciphering history is to link artists with the various subjects of the records with the help of judgment and experience. So the most compelling role, in this case, is played by Lee’s half-fictional narrative filled with romanticism and legendary nature and the exhibition layout built on his disposition. They not only transcend his studies and the materials per se but also form a drastic contrast and tension with his stringent methodology, hence a war epic composed of two related and yet conflicting chapters for this exhibition.

The methodology of the first series, “Retrieval, Restoration, and Predicament”, is a research/creative project. Through studying historical records and objects of Hong Kong during the last years of the Second World War, the project investigates the transition of meanings of a “memorial bronze statue” brought about by the passing of time.  The series of creative works, consisting of videos, sculptures, and photography, ask a number of questions. In addition to its spiritual and symbolic meanings, how does the essence of the ‘memorial bronze statue evolve over time? In early 20th-century British-ruled Hong Kong, colonialism manifested itself through the proliferation of bronze statues. After going through the Second World War, and the social movements of the 1950s to the 1980s, and finally the Handover, these statues have gradually become reminders of the colonial era for the proletariat. When the statue is placed in a public space as an ideological manifesto, what sorts of social discourse develop relating to the intertwining relationships between the ‘object’ and ‘the people’ in the space? If the monumentality of the statue is dependent upon the permanence of its materiality, how does the symbolism of the statue respond to the physical and spatial transitions it experienced through the Second World War, post-war and post-colonial periods?

The methodology of the second series, “The Narrow Road to the Deep Sea”, differs from the first in that the artist is primarily involved in the research through participation in the artist residency program, archival research, interview, field research, and reference to existing research, then followed by the presentation of artworks. Based on the history of the Japanese army’s “Bacteriology Research Laboratory” in Hong Kong and the war refugees during the Second World War, the artist’s discourse interweaves personal history, subjective perceptions, sentiment, fiction, and imagination, Lee attempts to fill in the gaps inherited from the limitation of archival and political systems, which make historical material incomplete (there will never be a complete archive), the project centers in discovering humanity, historical subjectivity, and the psychology of the people involved. Subjectivity is often excluded from mainstream historicity, but Lee always believes that details and inferences can help to shape a more multilayered historical context. It is juxtaposed with the similar but not quite the same social conditions of today.

Interestingly, the artist’s internal emotions derived from the creation of the second series also inspire him to modify The Retrieval, Restoration, and Predicament. In the process of the archival research in both series, the artist confronts very different archival systems and institutions, resistance, and personal involvement in these systems. This kind of growth can be understood as a substantial revision of understanding and a deeper cognitive awareness towards systems.

LEE Kai Chung performs research on historical events, political systems, and ideology. His work addresses the lack of proper governance over the records and forms of historiography. Through research, social participation, and engagement, Lee considers the individual gesture as a form of political and artistic transgression, which resonates with existing narratives of history.

In 2017, Lee initiated a series of five projects that are under the notion of “displacement” and its historic-political implication under the pan-Asia context. The first in the series, The Retrieval, Restoration, and Predicament (2017-19) examines the material and ideological transition of public statues in Hong

Kong; the second, The Narrow Road to the Deep Sea (2019-20), scrutinizes human displacement in Hong Kong and Guangdong during the Imperial Japanese Occupation that led to the notorious massacre Nanshitou Massacre.

Lee’s ongoing research project Archive of the People addresses the political standing of documents and archives in the social setting. In 2016, Lee established the collective “Archive of the People”, which serves as an extension of his personal research to collaborative projects, education, and publications. 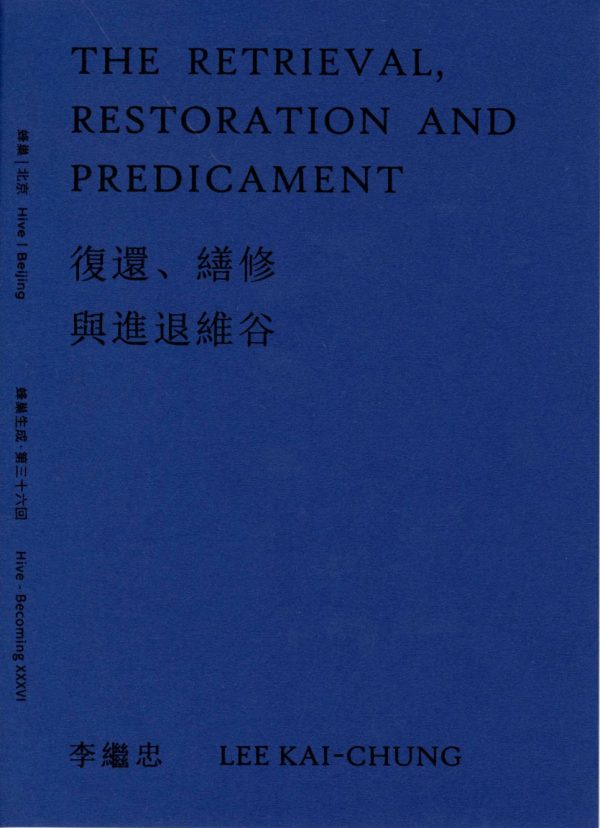