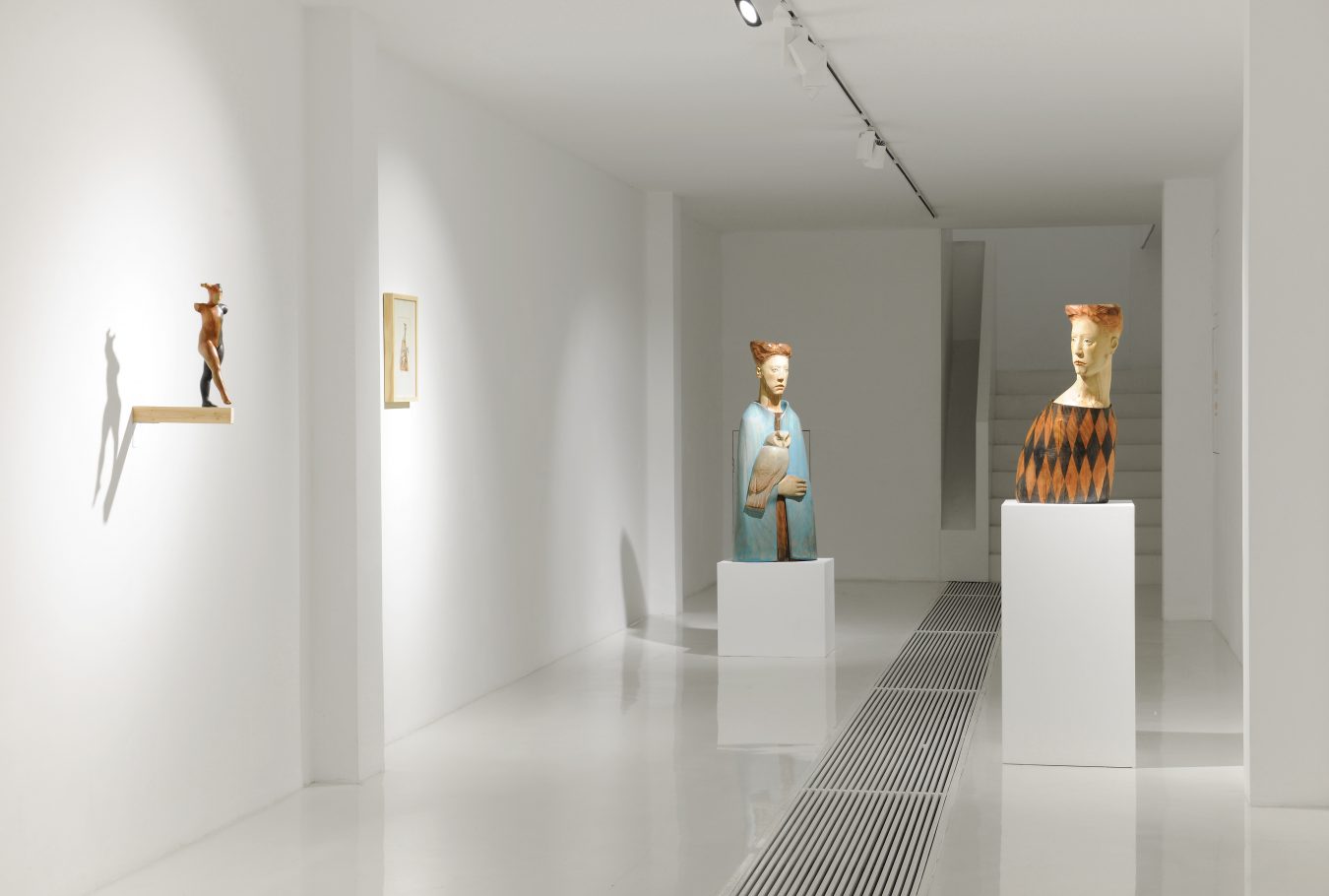 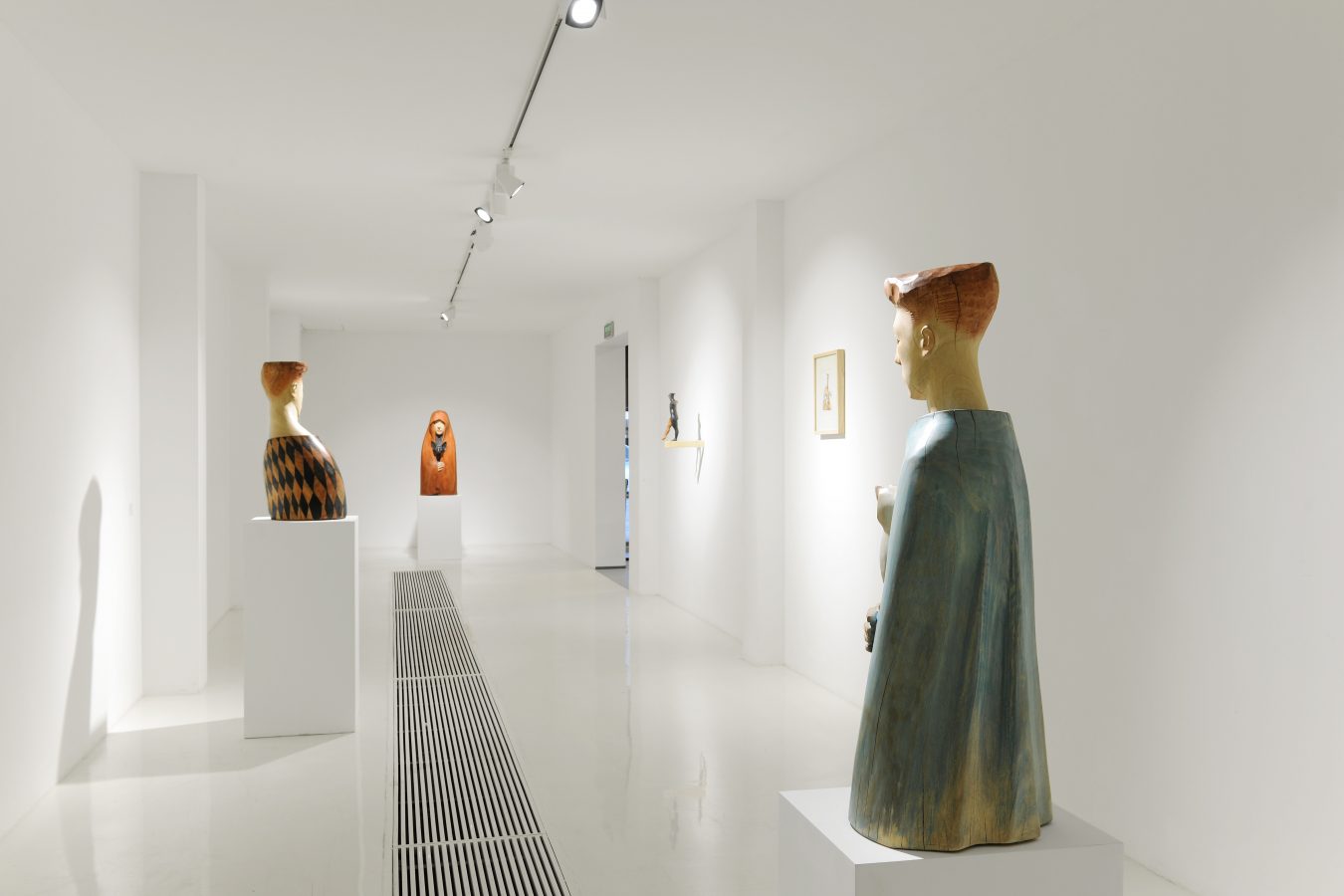 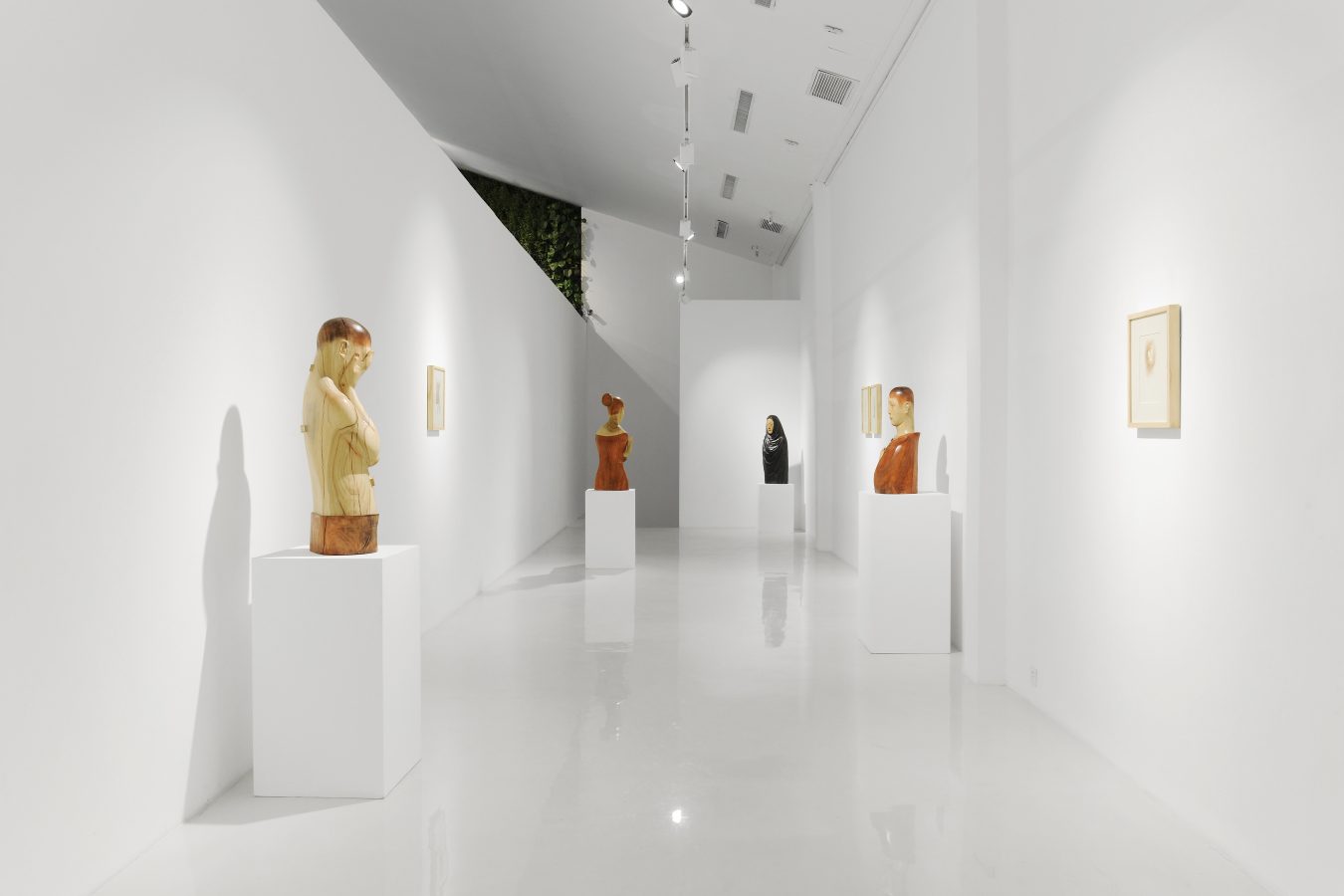 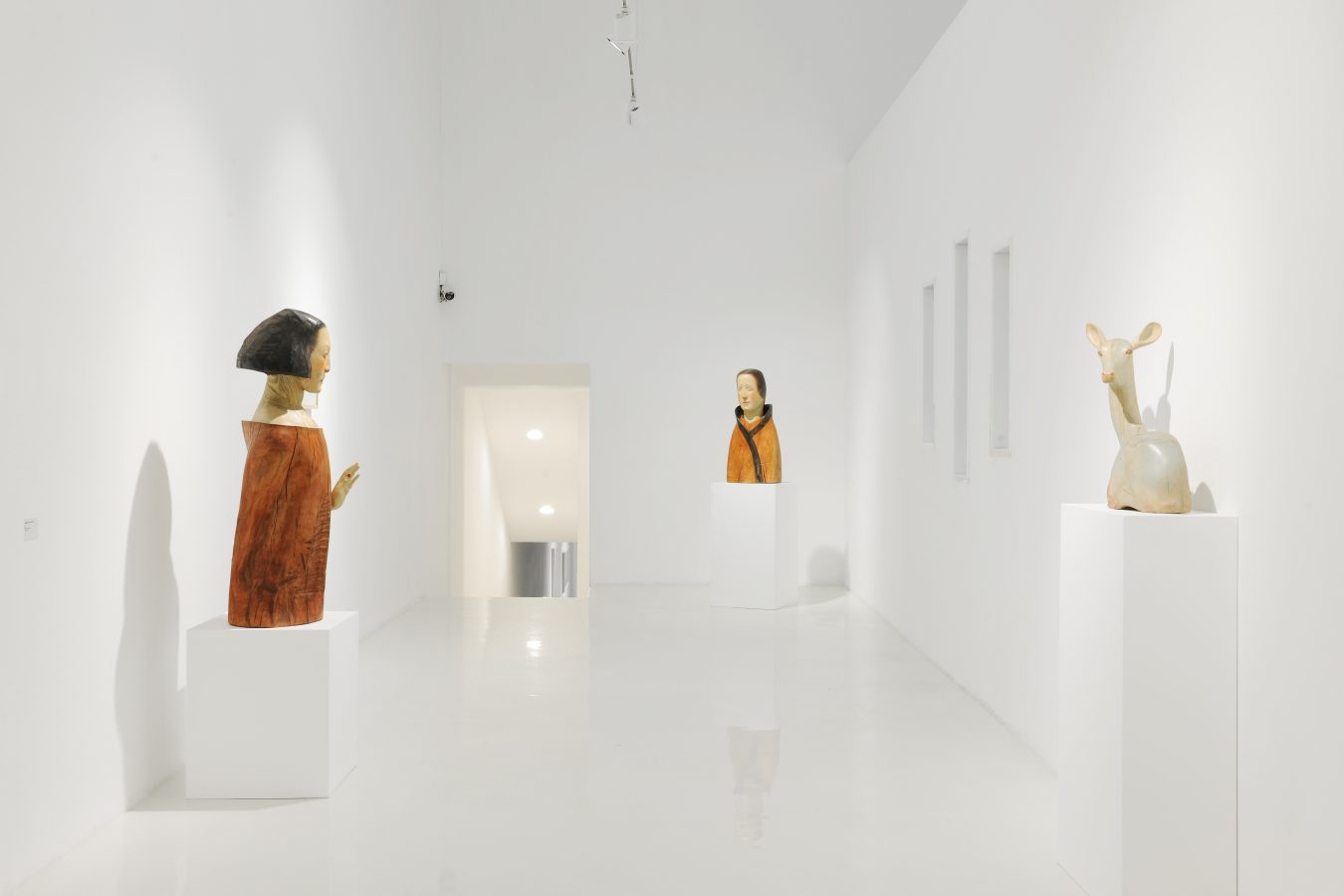 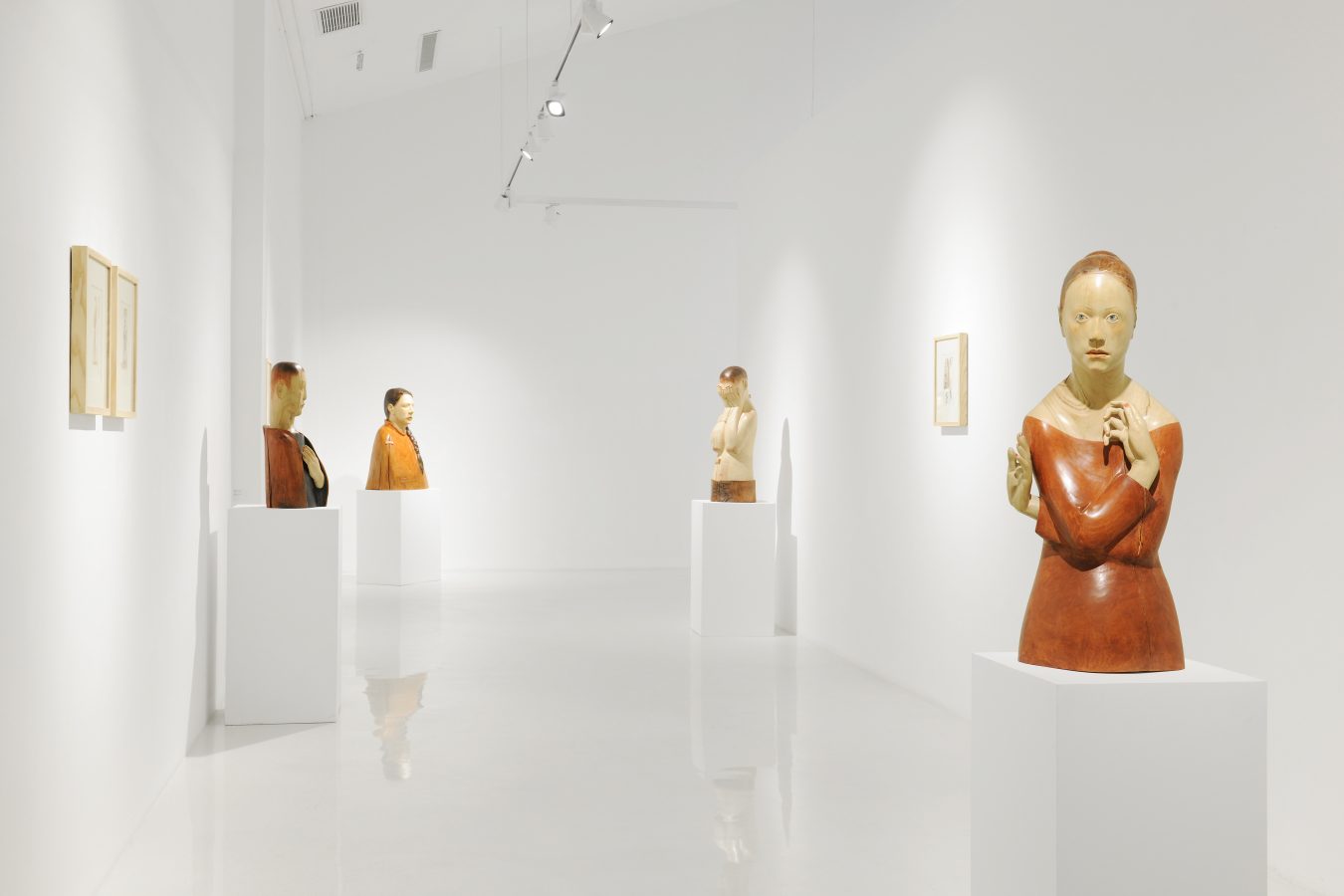 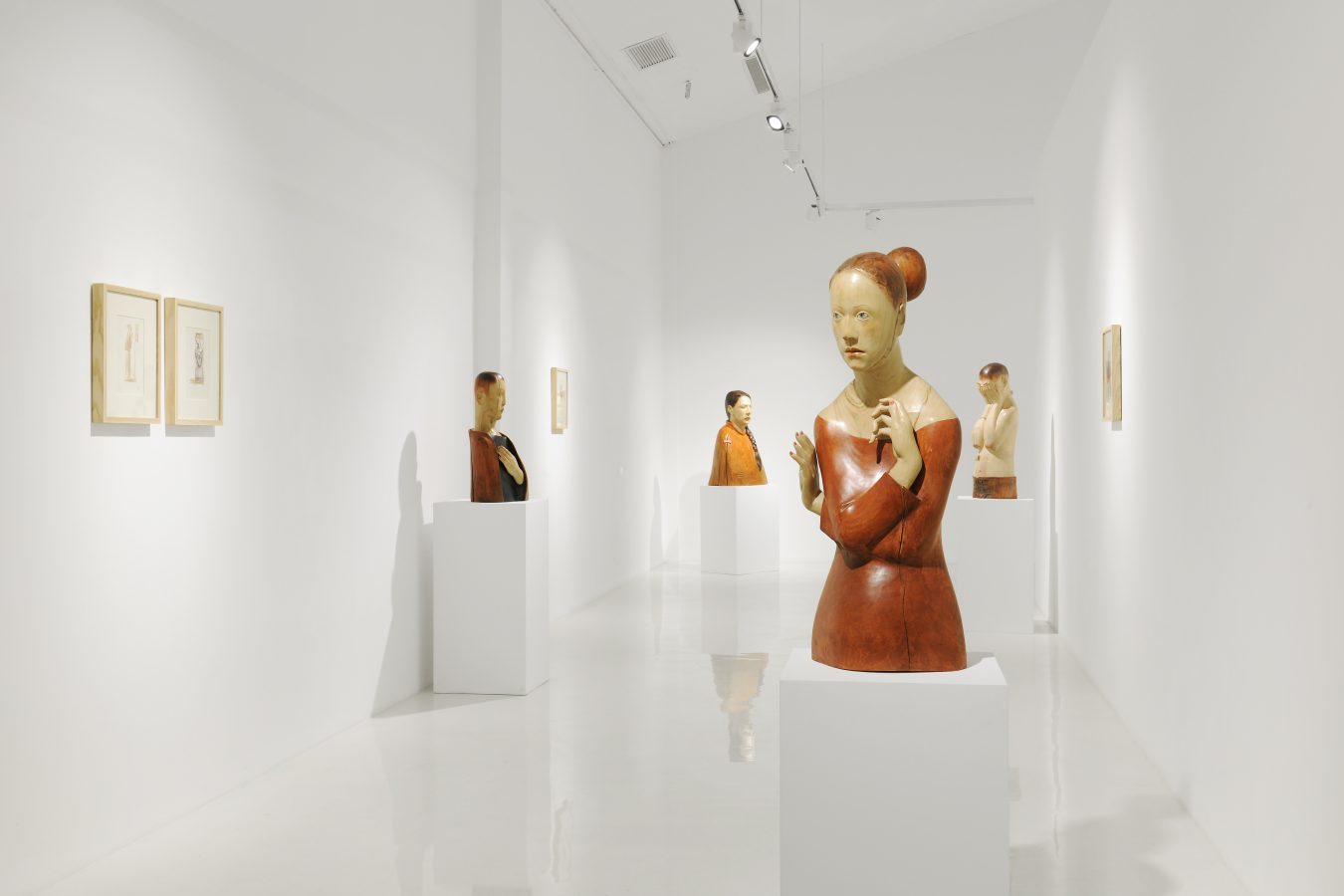 Artist Li Zhan has long immersed himself in the ontological language of sculpture. If his time at university learning the material language of wood under the tutelage of Sun Jiabo was a process of familiarization, his time as a master’s student, researching figure sculpture, was a time of further sharpening his knowledge of the human form.

Most of the figures in Li Zhan’s wood sculpture appear devoid of expression, presenting a nearly tranquil, rootless state of existence. There are no clear identity references to the people in these sculptures, as they have arisen mainly from sensitivity to form. In his sculptures, long gowns enclose the figures from the head down, leaving only voluptuous shapes. An aloof face peers out from a gap in the gown, forming the visual focus of the sculpture, the wide-open eyes vacant and numb. The grain of the wood sprawls across the face like an array of blood vessels, as if alluding to the sensitive character and fragile vitality of the subject.

Li Zhan’s working method follows the lay of the land as he tills the virgin soil. After a few chops of the hatchet, the basic formal relationships are already set. Li sees this approach as both a game and a challenge. The further honing is an opportunity for a dialogue with himself; the manipulation of shape, the balancing between roundness and sharpness, and the subtle undulations of the face are the results of countless dialogues. Li Zhan is driven to immerse himself in the subtle refinement of formal beauty out of his obsession with the ontological language of sculpture. In diminishing the narrative elements of his work, Li Zhan hopes that under the light of the sun, his works will radiate with the primal energy of form.