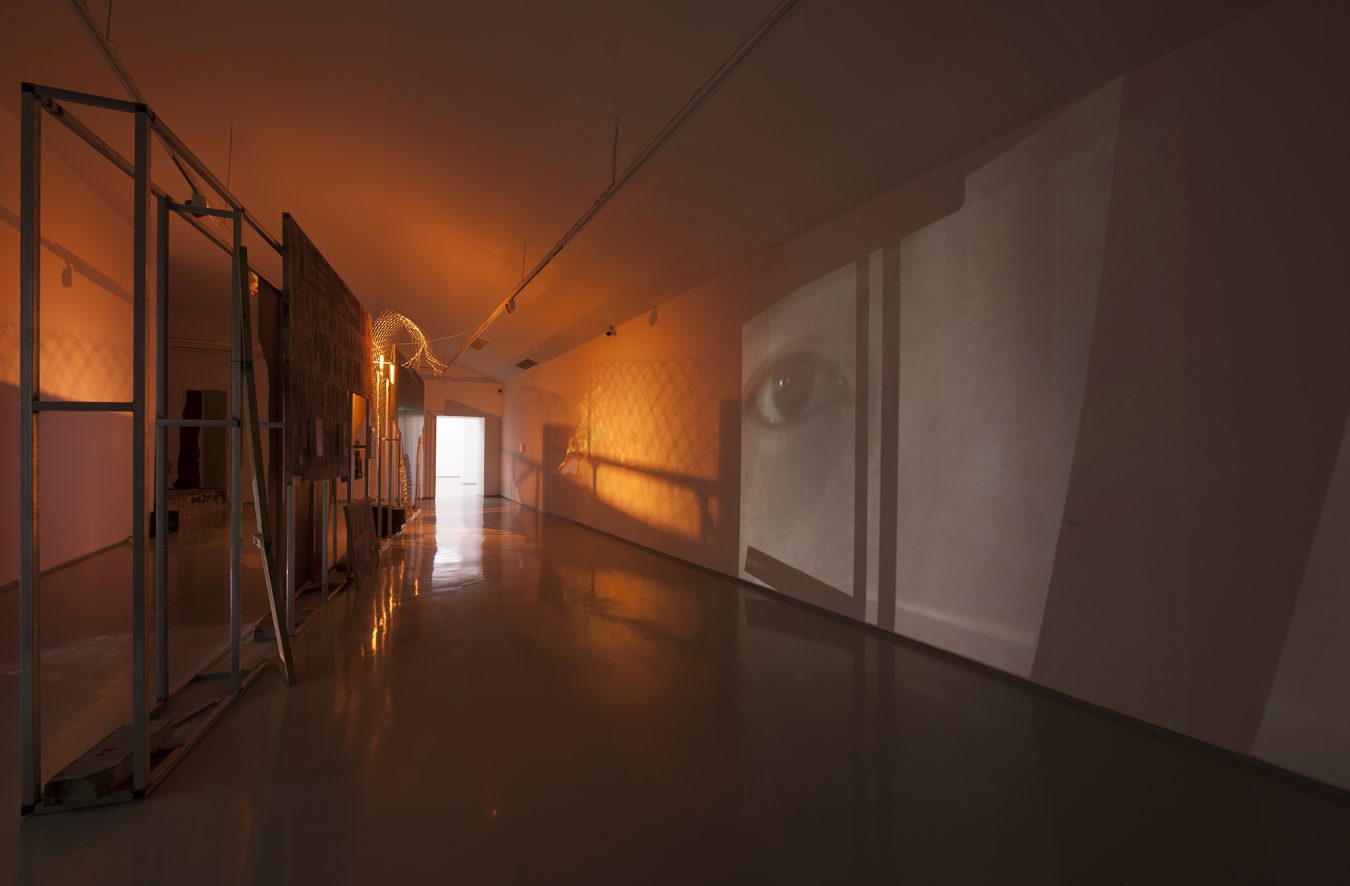 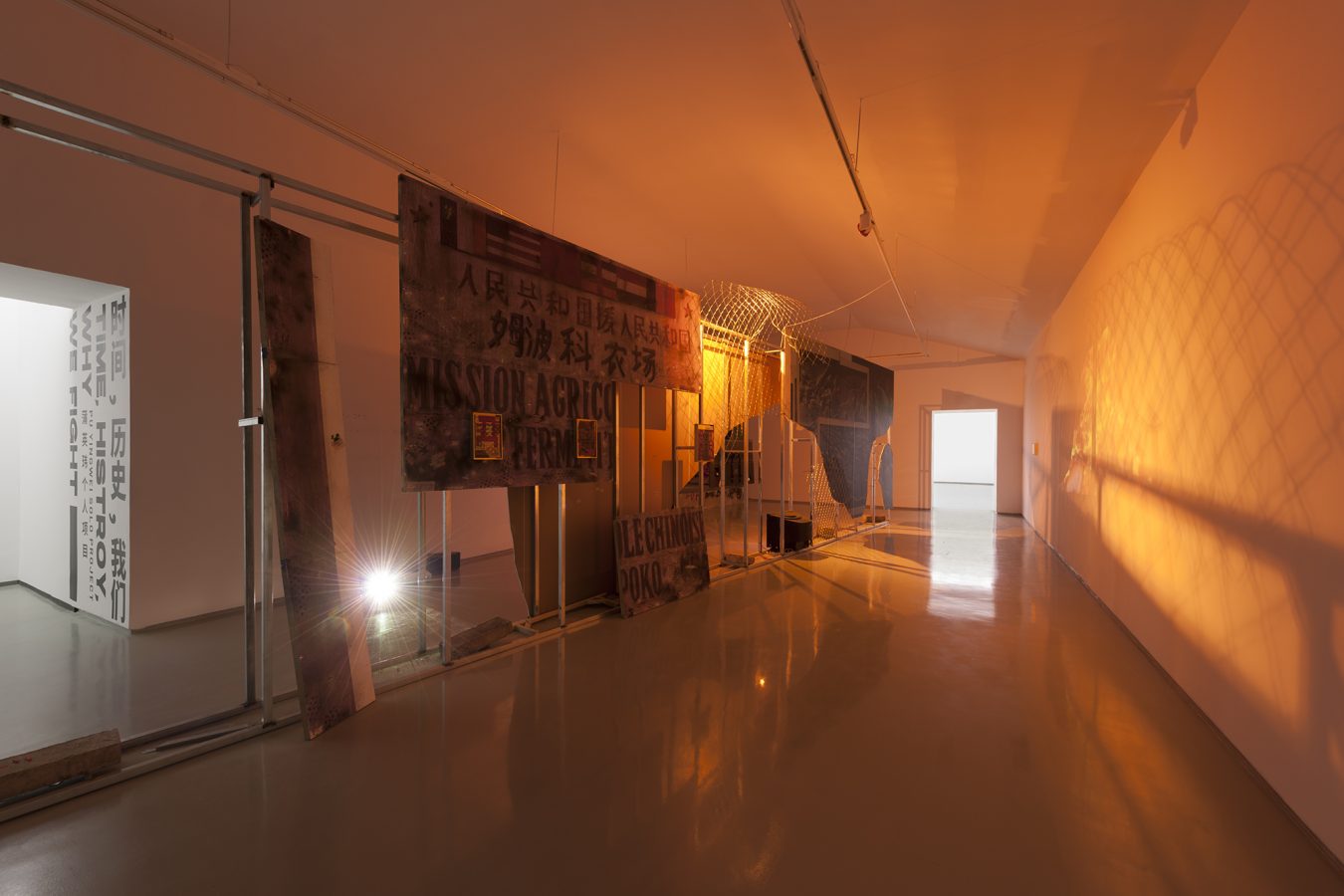 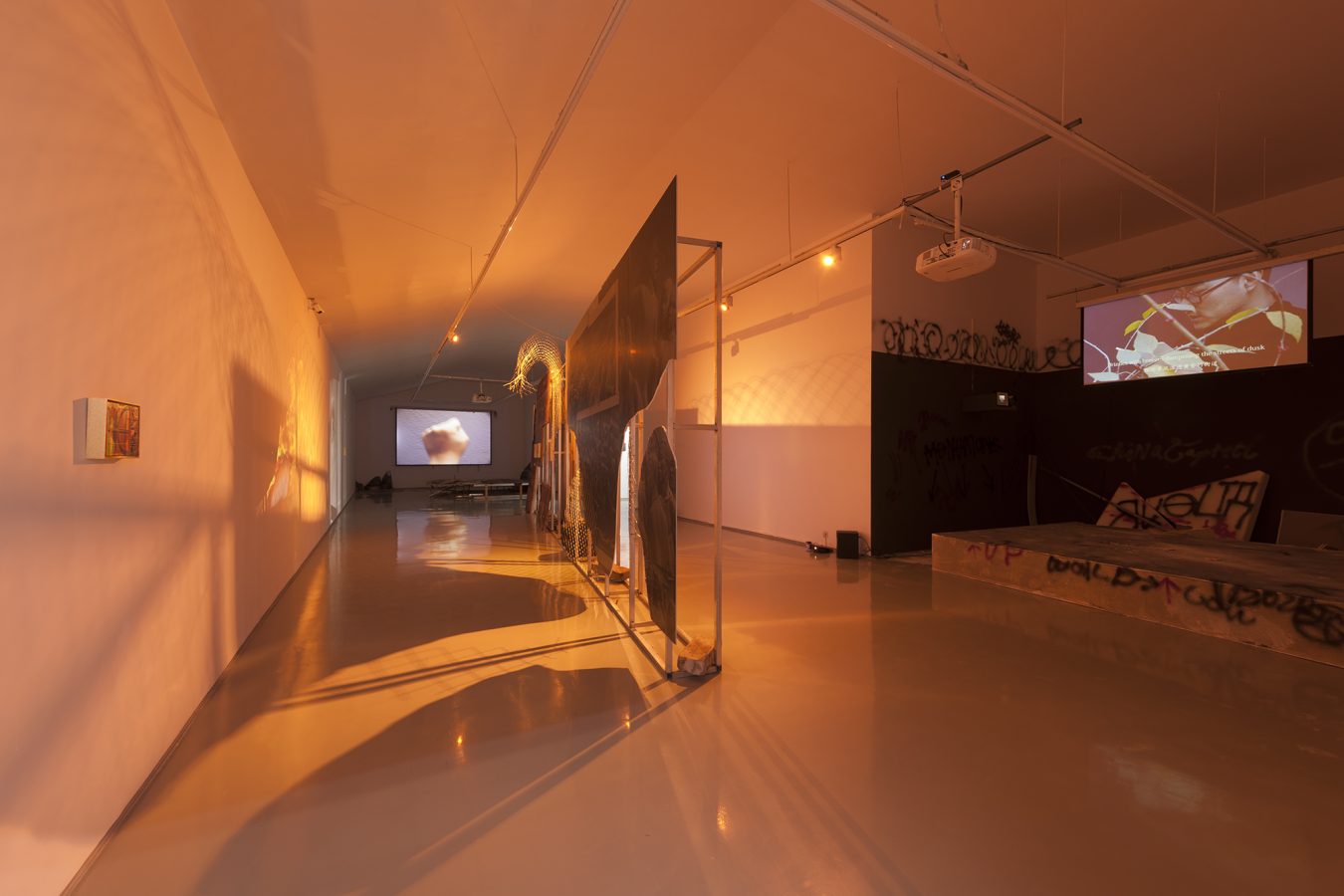 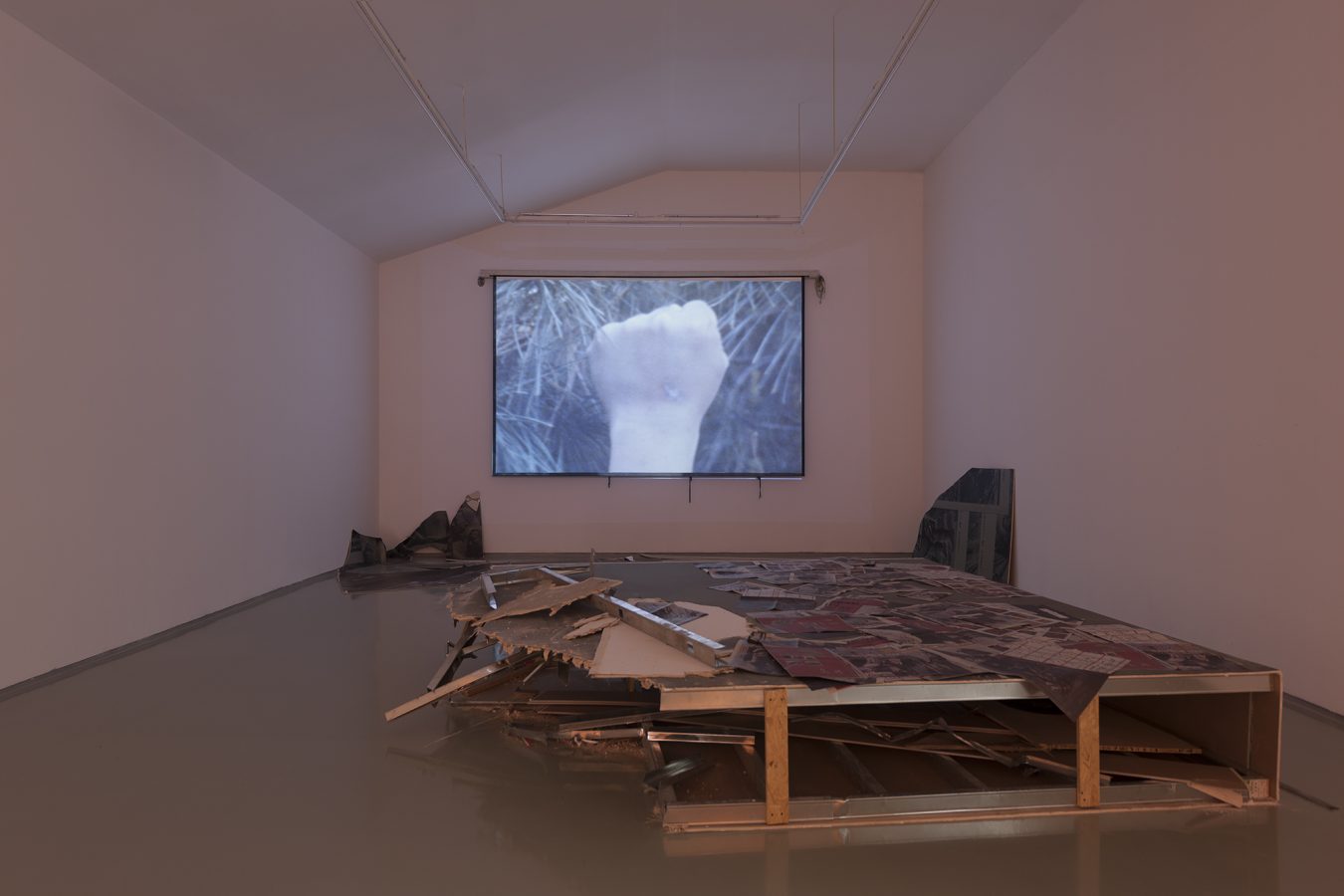 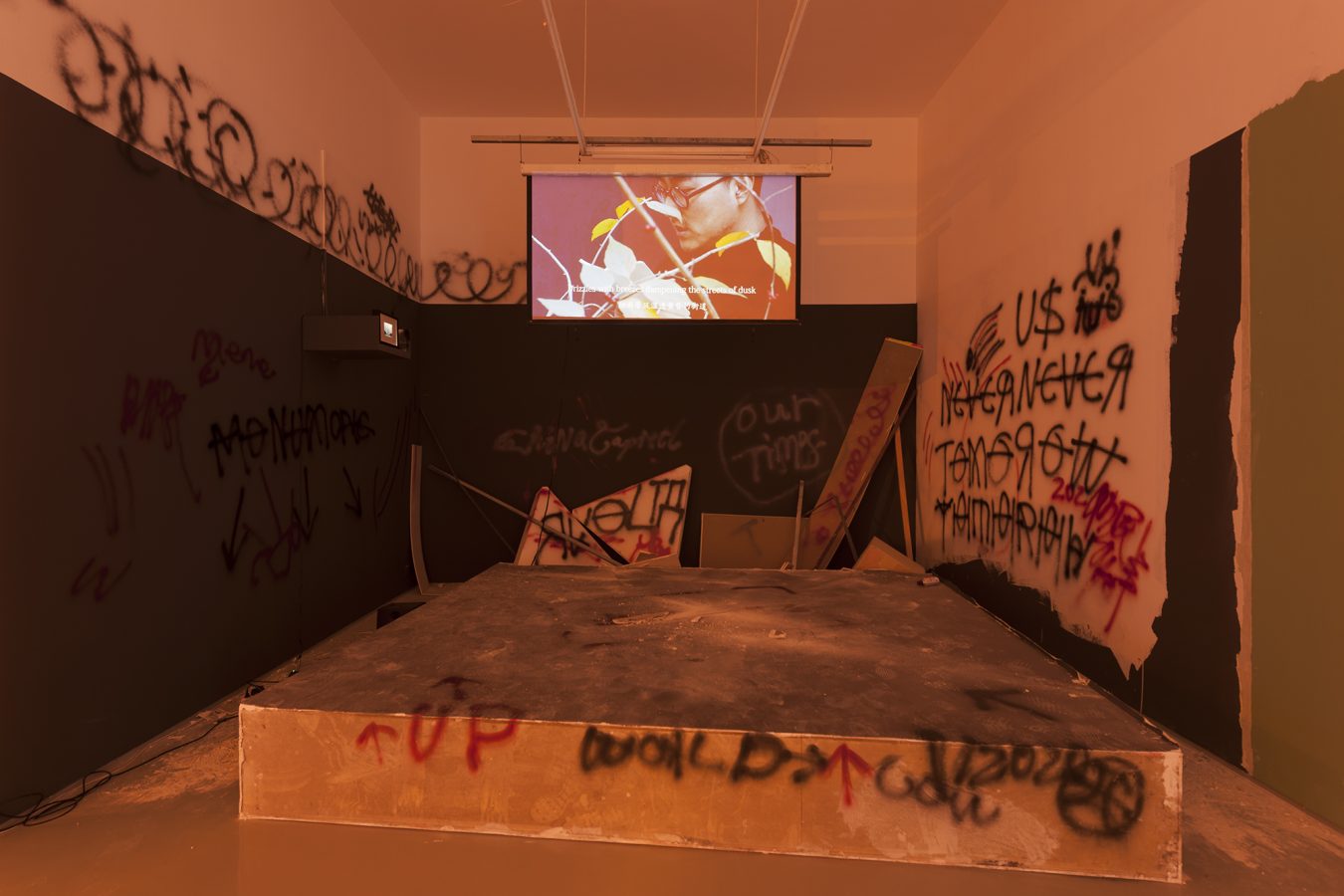 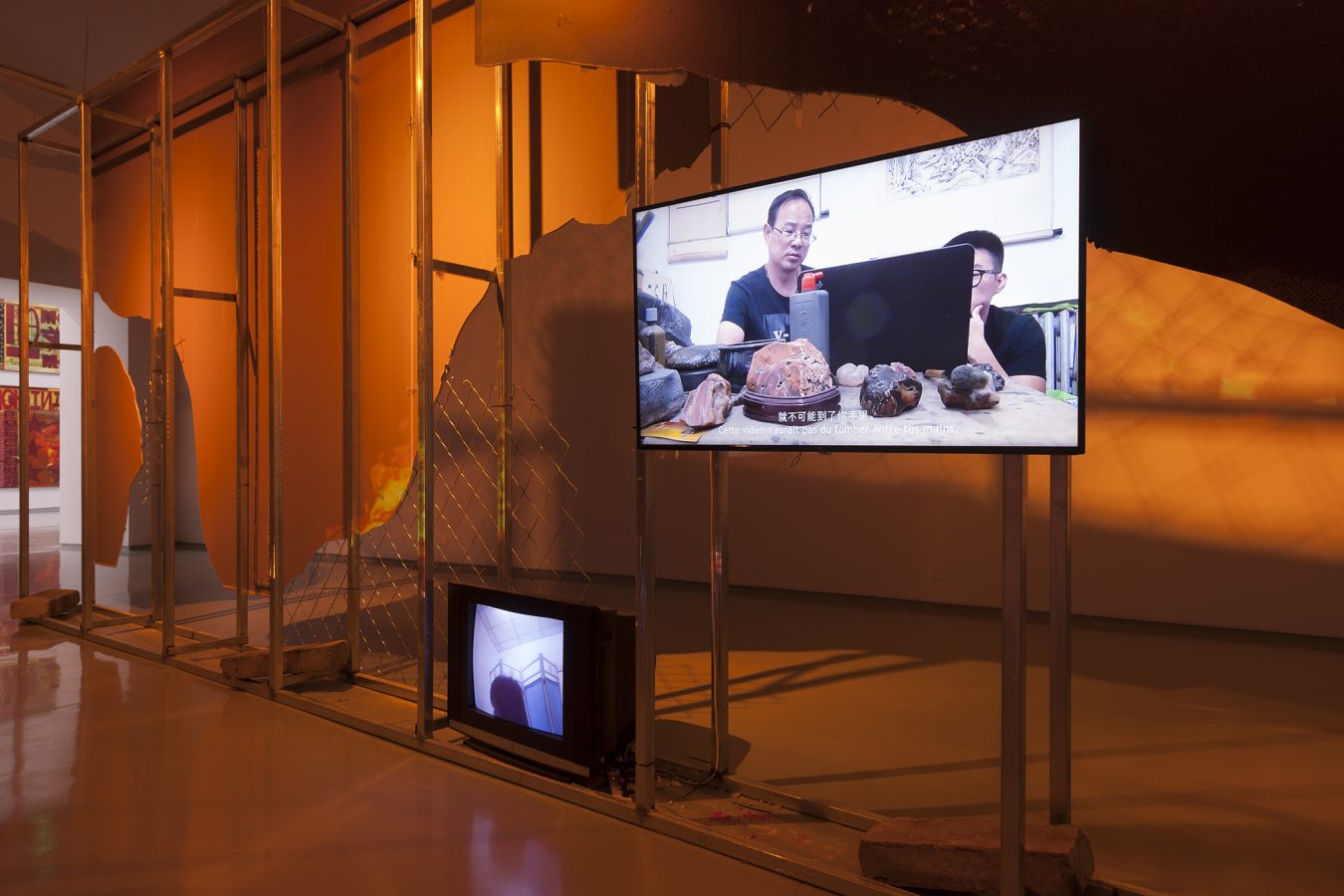 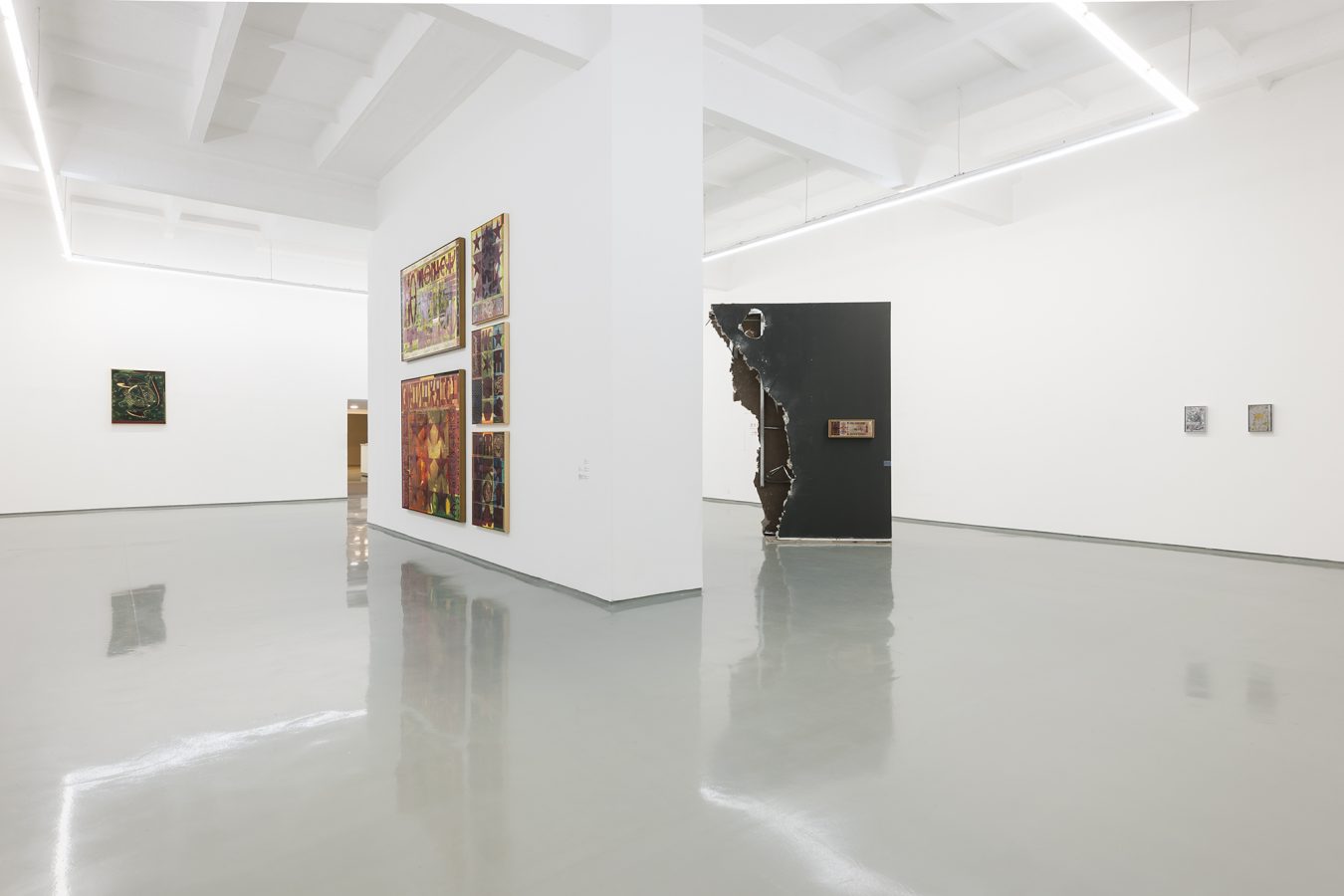 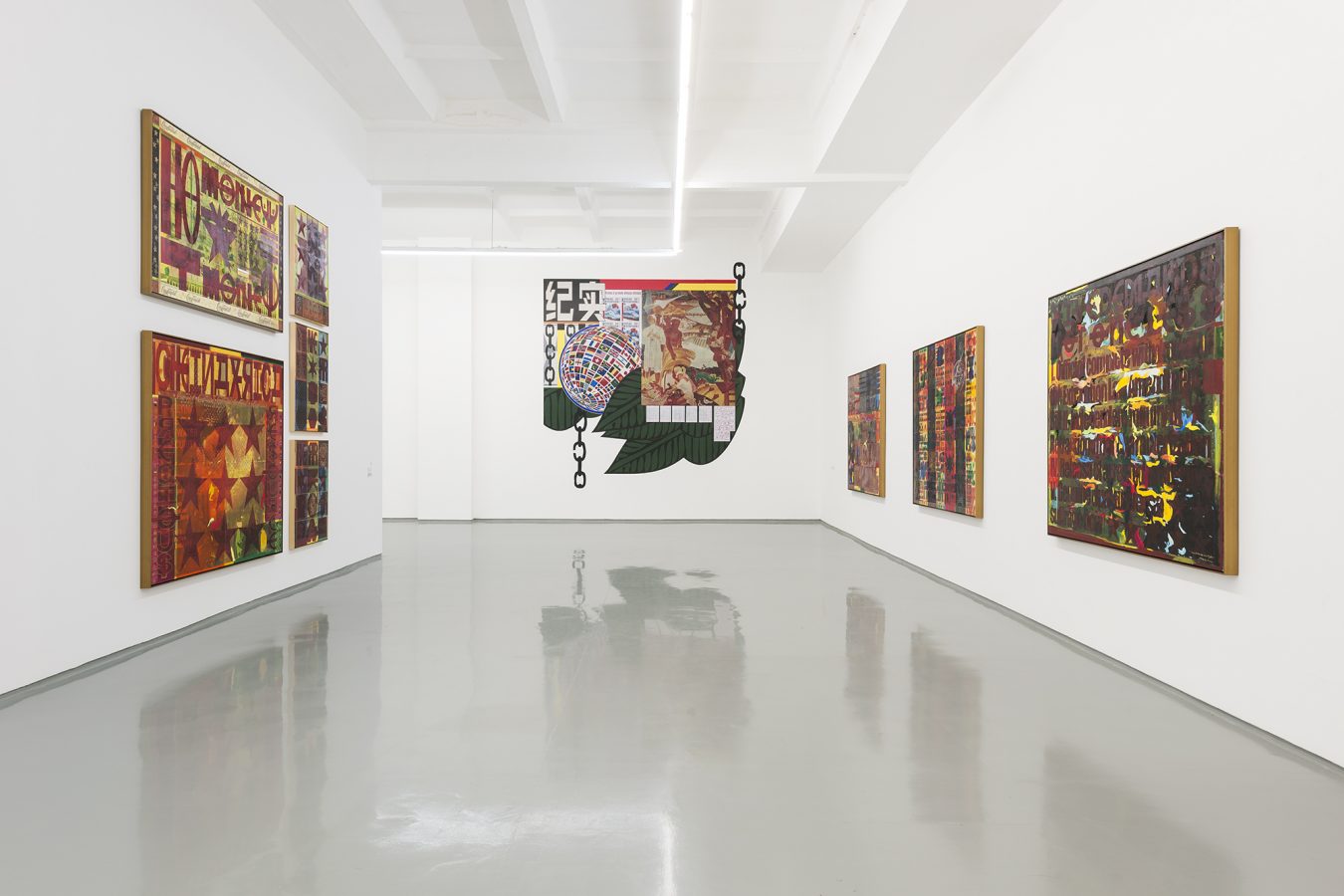 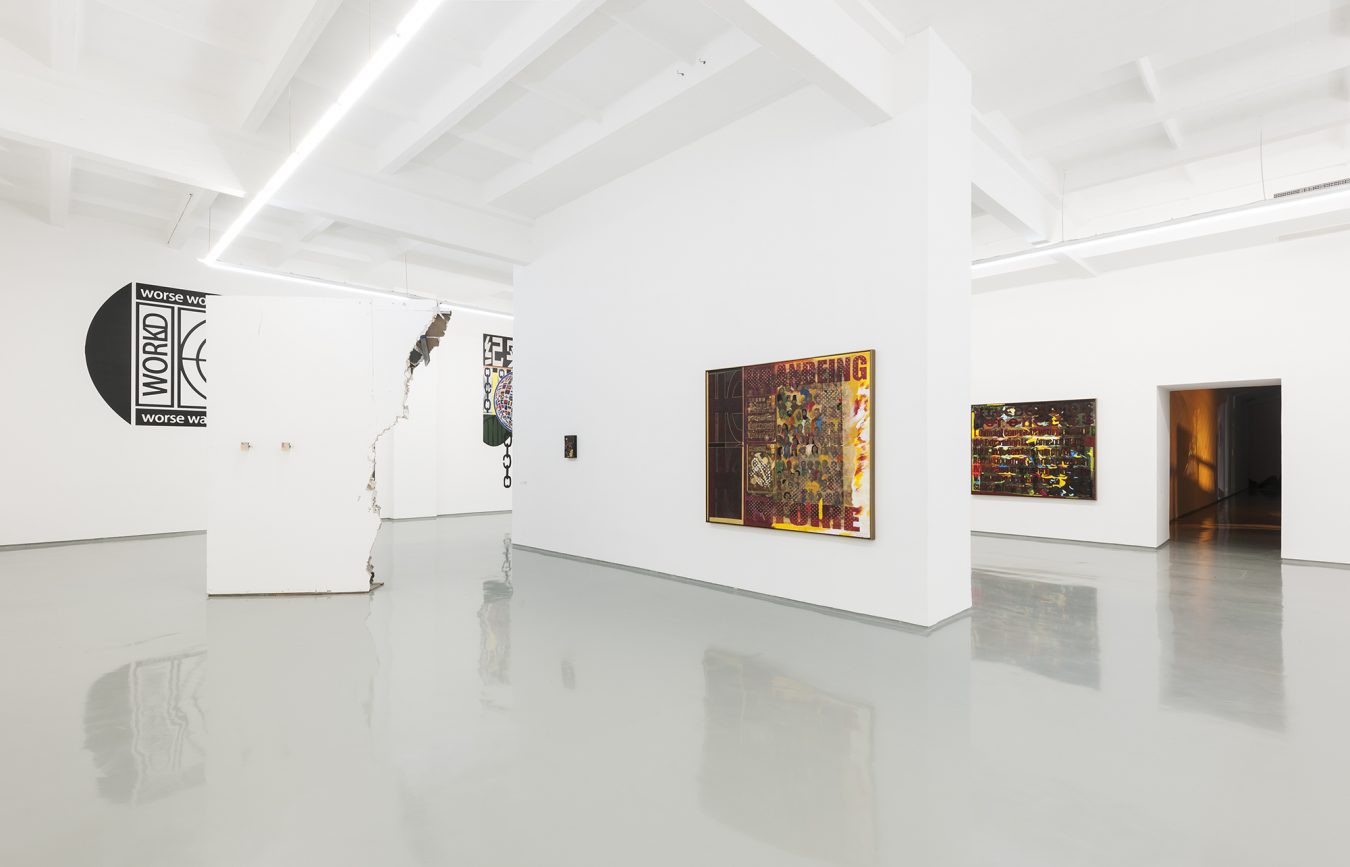 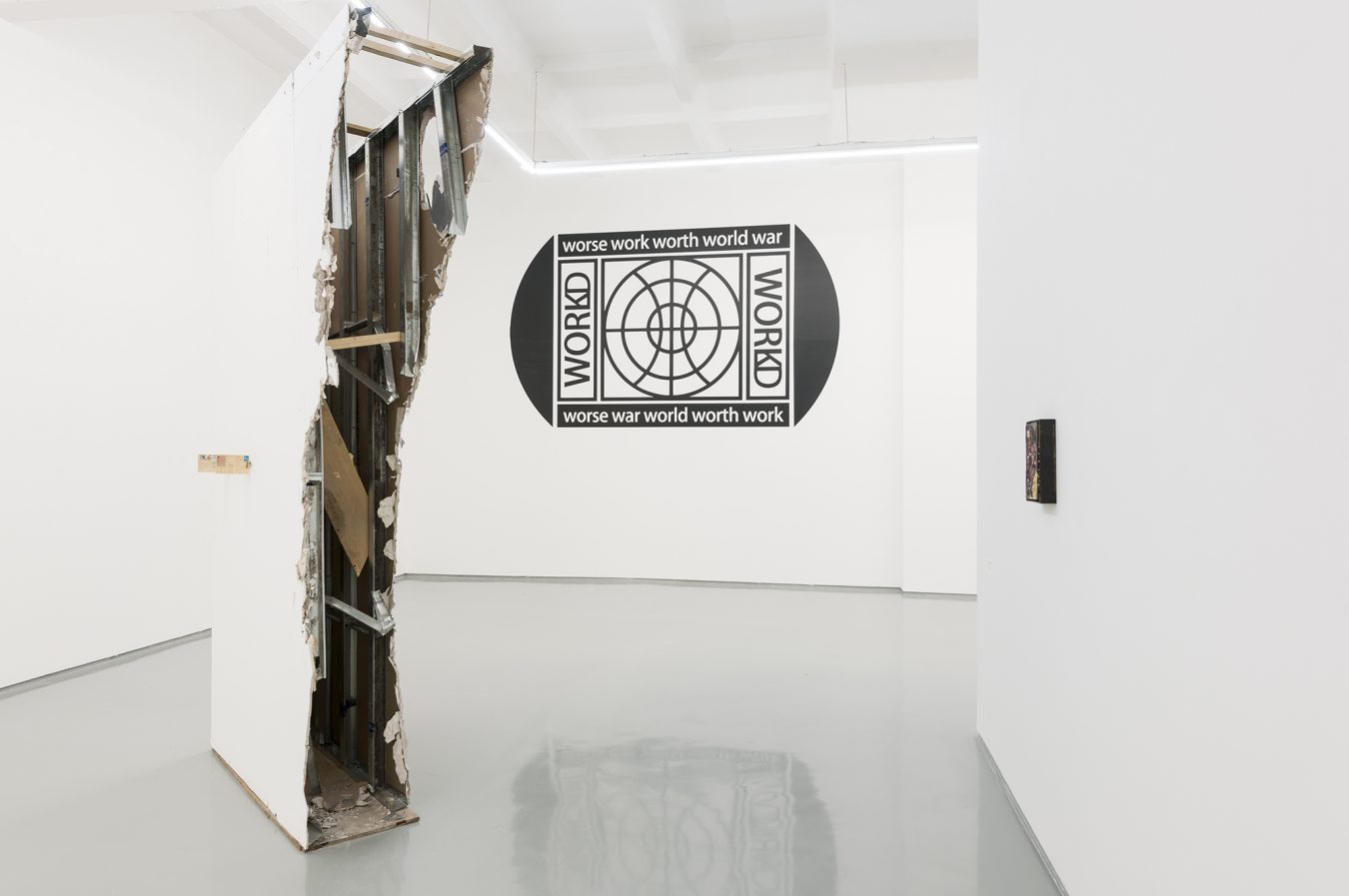 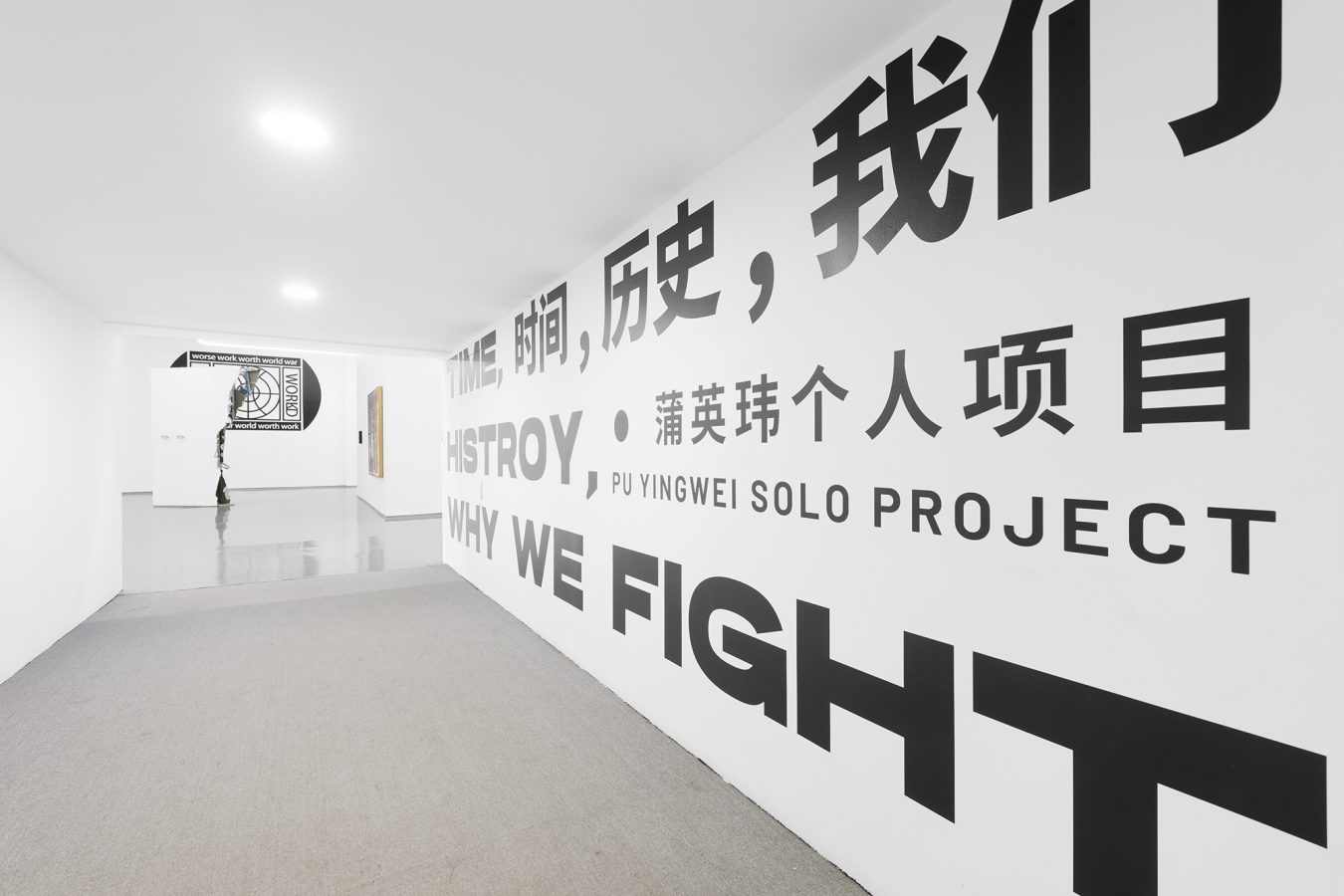 Time, History, Why We Fight: Fruits of Earth and Territorial Resource become Friendship and Envoy of Peace
Pu Yingwei

Time, History, Why We Fight: All the Scars and History Turn into Poem, Poem, Poem
Pu Yingwei

Time, History, Why We Fight（时间，历史，我们） is an exhibition to fully present Pu Yingwei’s recent thinking and creation, and a straightforward response to our reality today as well as the reality we will have to face in the future. To be specific, we can see the artist’s comprehensive treatment of two subjects – social politics and identity history, hence the five theme paintings on important issues such as trade war, anti-globalization and racial conflict. The artist employs in them his signature “revolutionary realist typeface” which integrates English, Russian, Chinese and semiotic systems, and an artistic approach which also covers grand historical subjects, and continues the historical trend of “socialist realist art” which has deeply influenced the current aesthetic preferences in China. The exhibition is to be staged in Hall B and C. In Hall C, the artist will be trying to recover a “sublime” experience by using large-scale paintings and mural-like wallpaper as the main structure of the space while Hall B, a red hall for videos which the artist sees as a room of feelings and time stored with memories and tears, and blood and fire, will screen a number of the artist’s videos based on his personal image, including his Interview (2015) which discusses the only child and gender identification and Learning Cantonese Songs (2020) which responds to the near past. The exhibition will also demonstrate the artist’s unique mastery of multiple mediums (video, installation, painting and publication) and his great passion for the social expression of art, a passion which echoes a common aspiration and also tries to deliver a collective potential of persisting in expression and criticism to the audience.

Foreword of Time, History, Why We Fight

“In recent months, when we withdrew to the shelter of our separate houses, we started to see the world more clearly. And, as we are about to have our restrictions removed, how can we find ourselves when it finally happens? For quite a long period, the heat of our bodies has been replaced by images on screens, and people have been calling for solidarity everywhere. Thanks to such systemic paralysis and compulsive quarantine, we, all of us, have finally started to understand the importance of social life, which even outruns that of those cynical complaints about the government.

An announcement by Table de Presse in May, 2020

“Table de Presse” (www.tabledepresse.com), founded in France, is an independent publishing organization of anarchism. It collects the thoughts of different minds over different issues in an anonymous fashion and works out a theme and response related to the current world every month. Pu Yingwei’s Monumenta Life Daily, an installation which debuted in the exhibition “Those who see and know all, are all and can do all”, will be included in its May issue in the form of online publication.