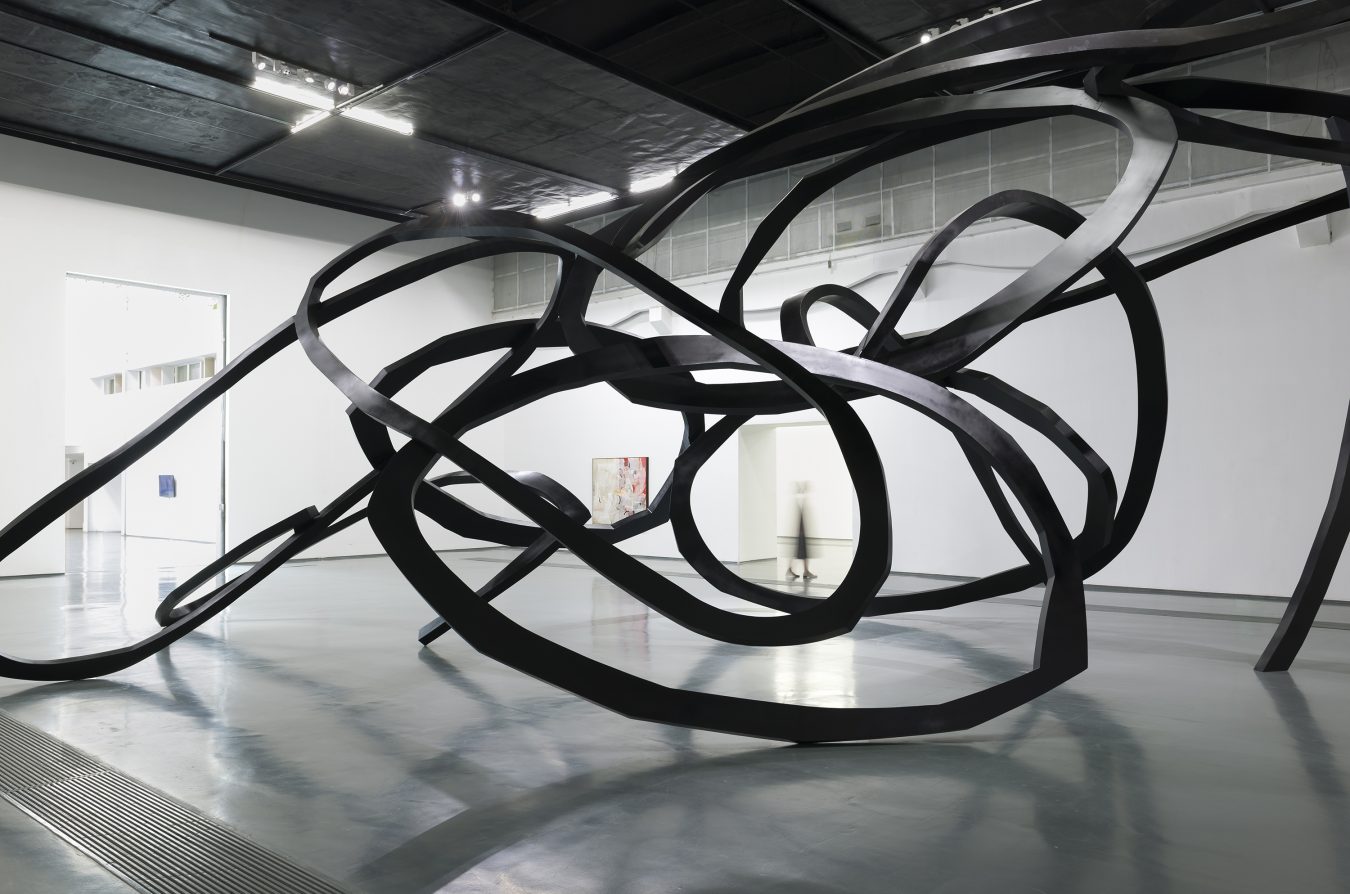 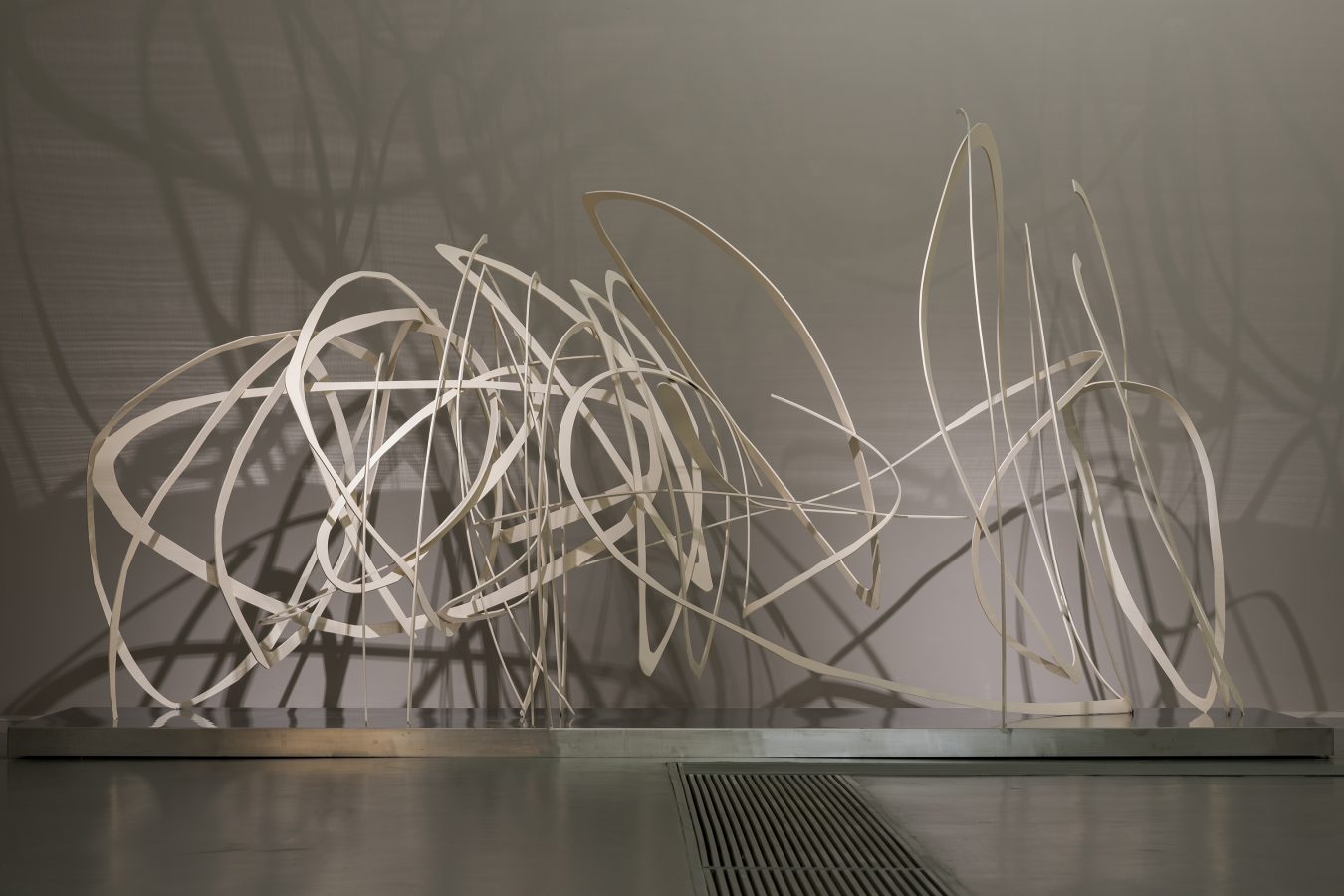 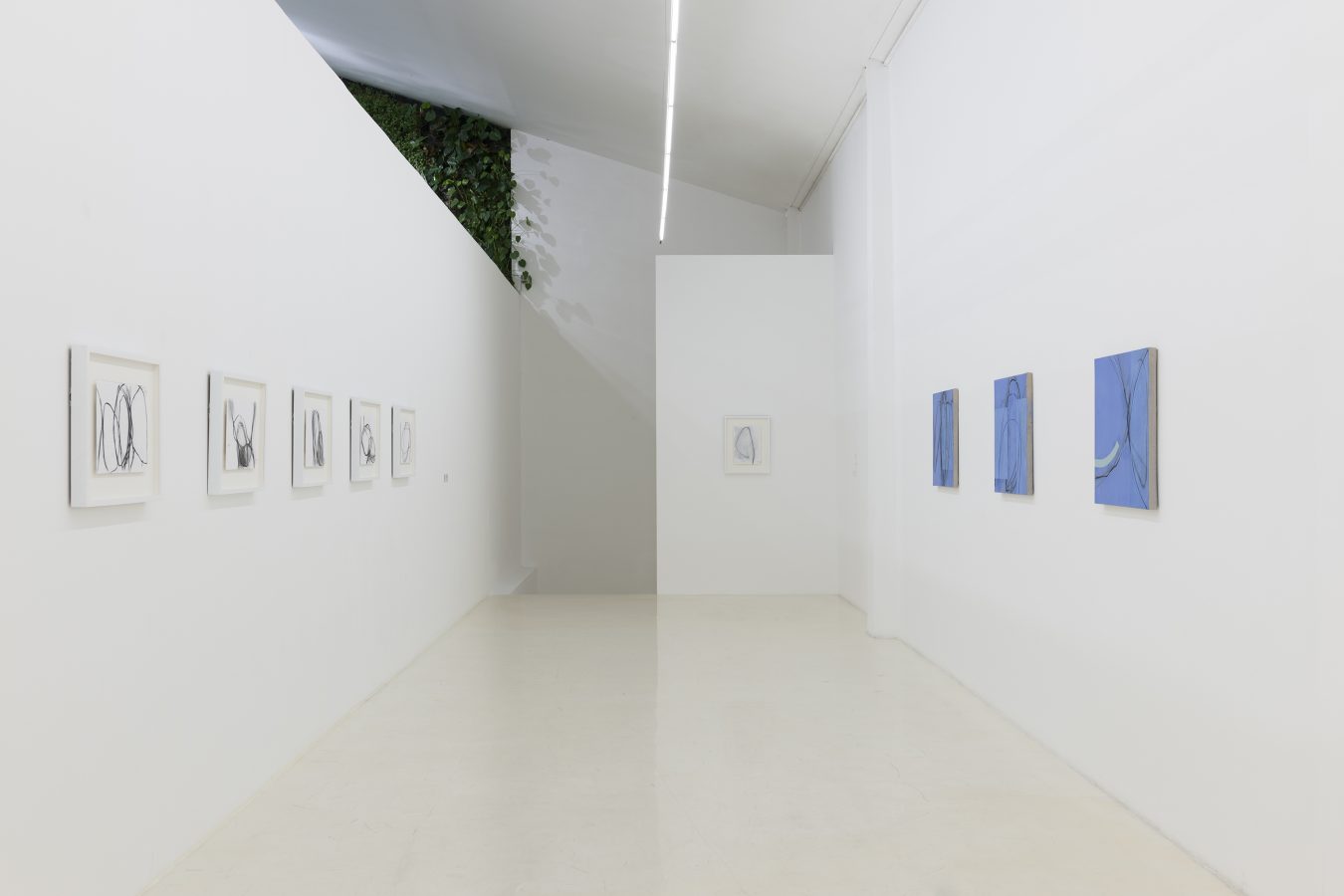 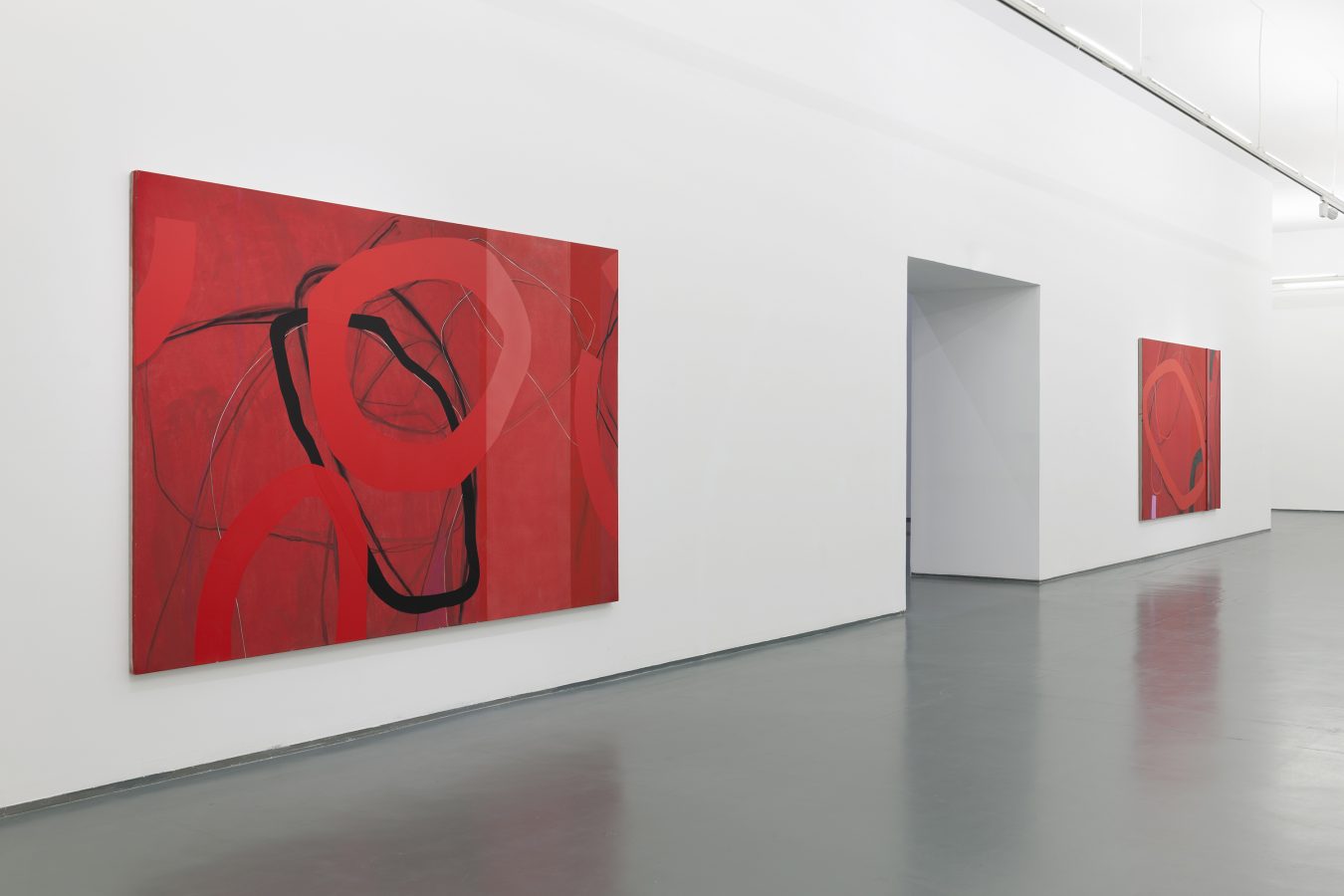 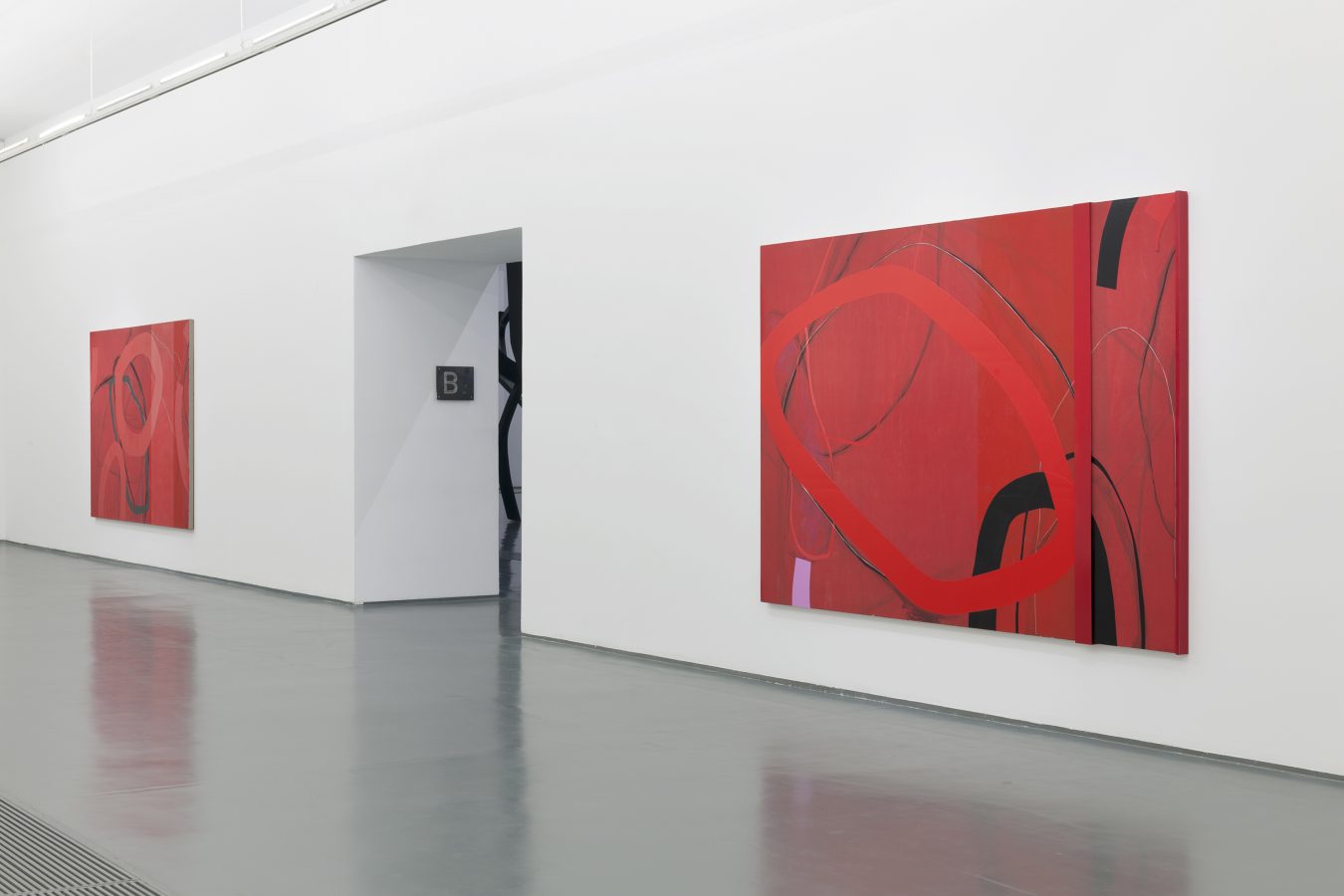 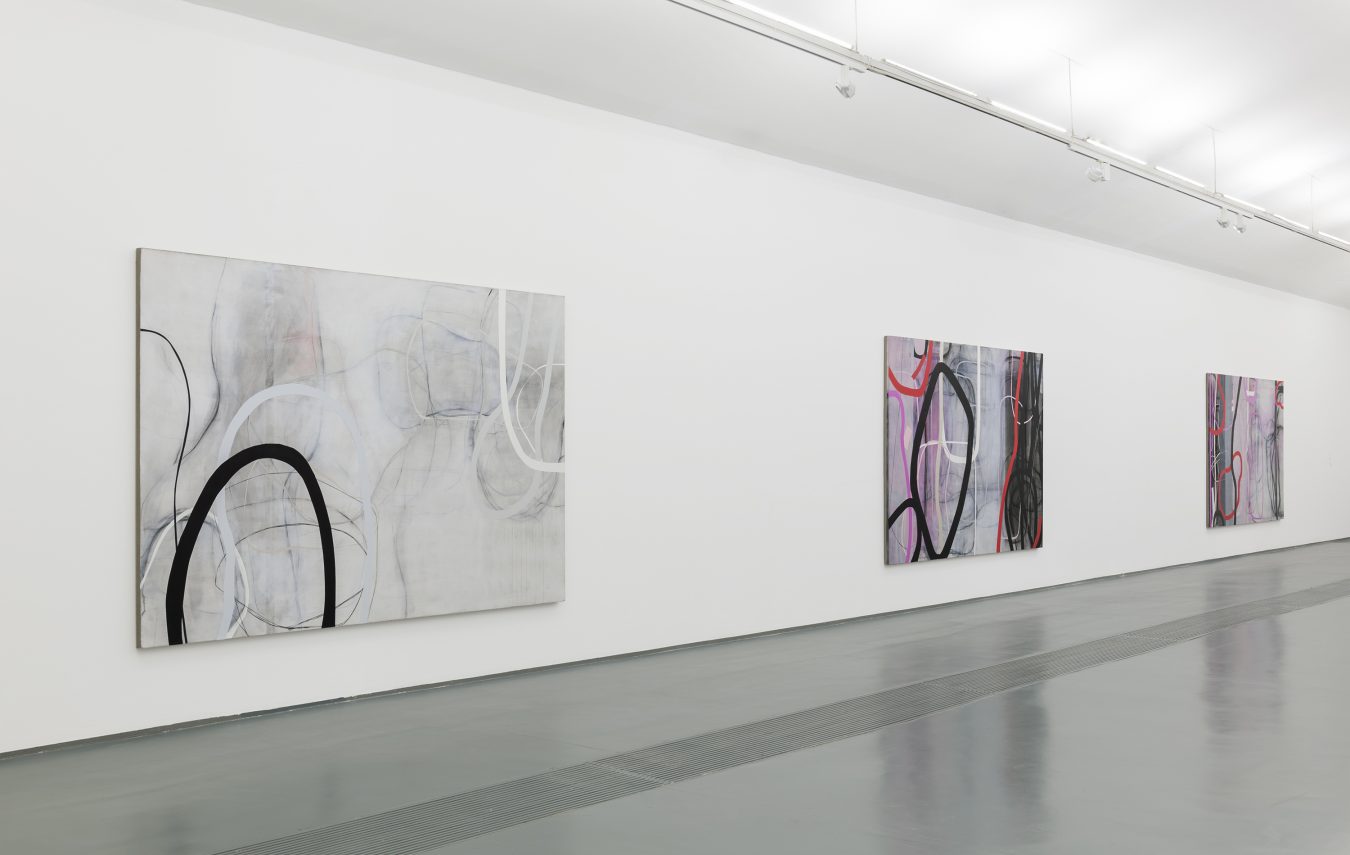 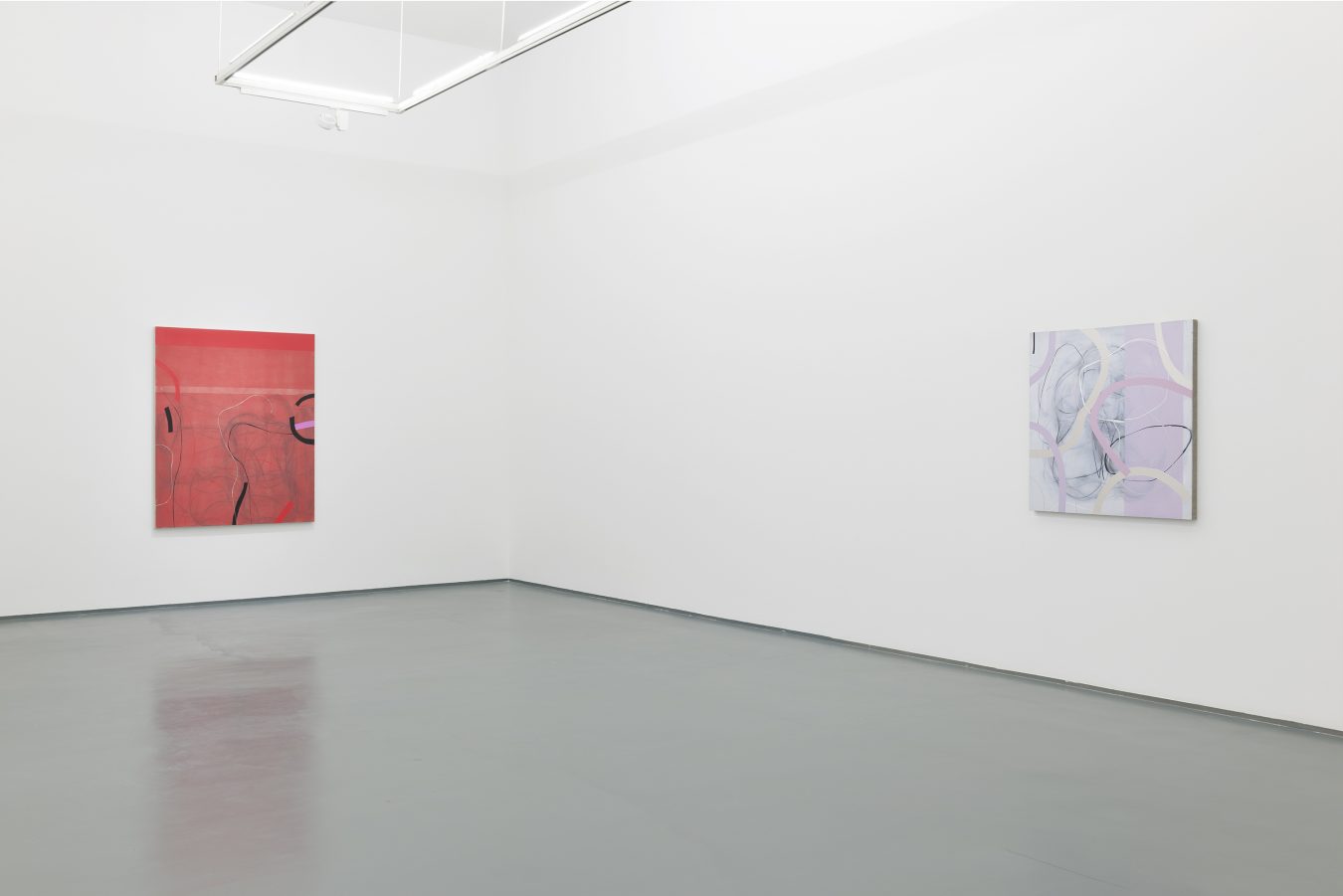 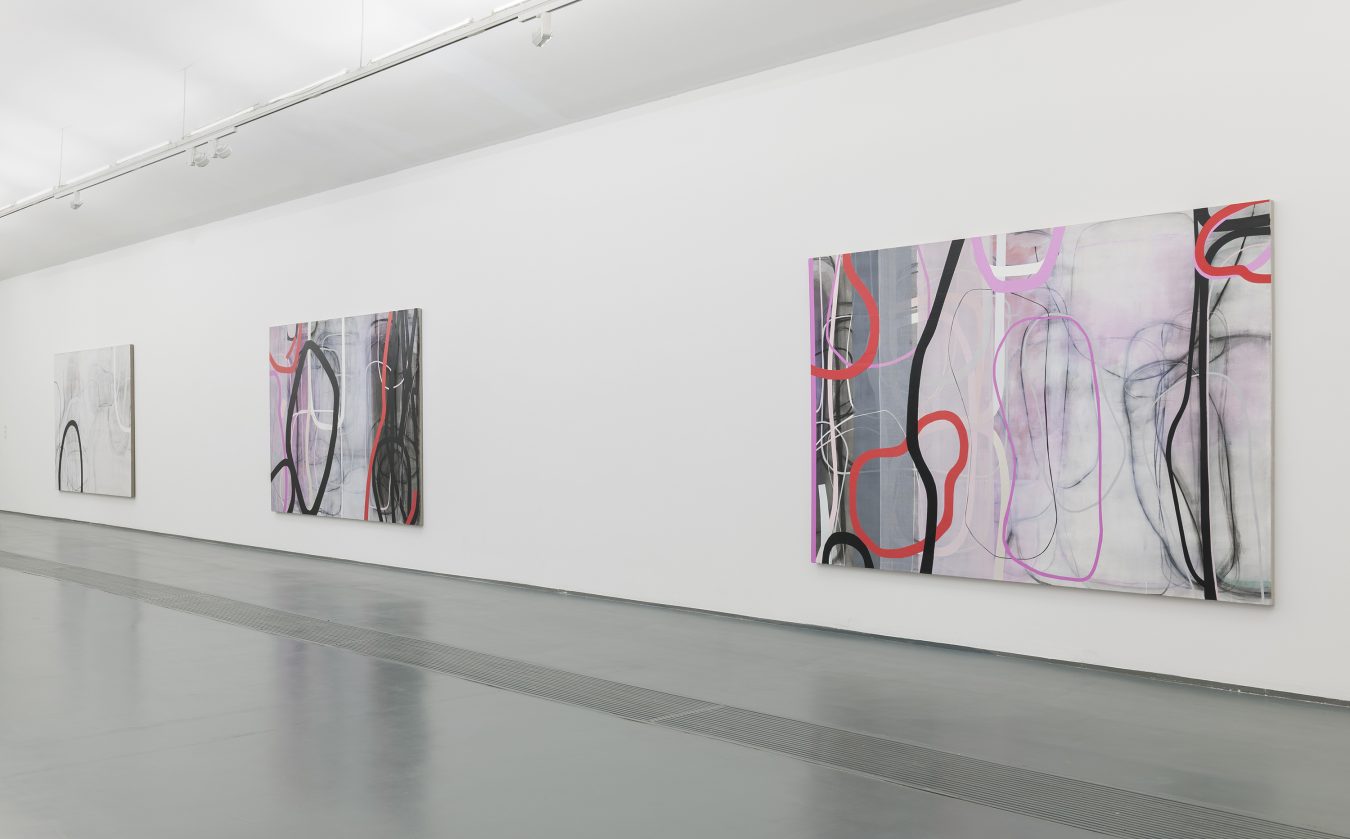 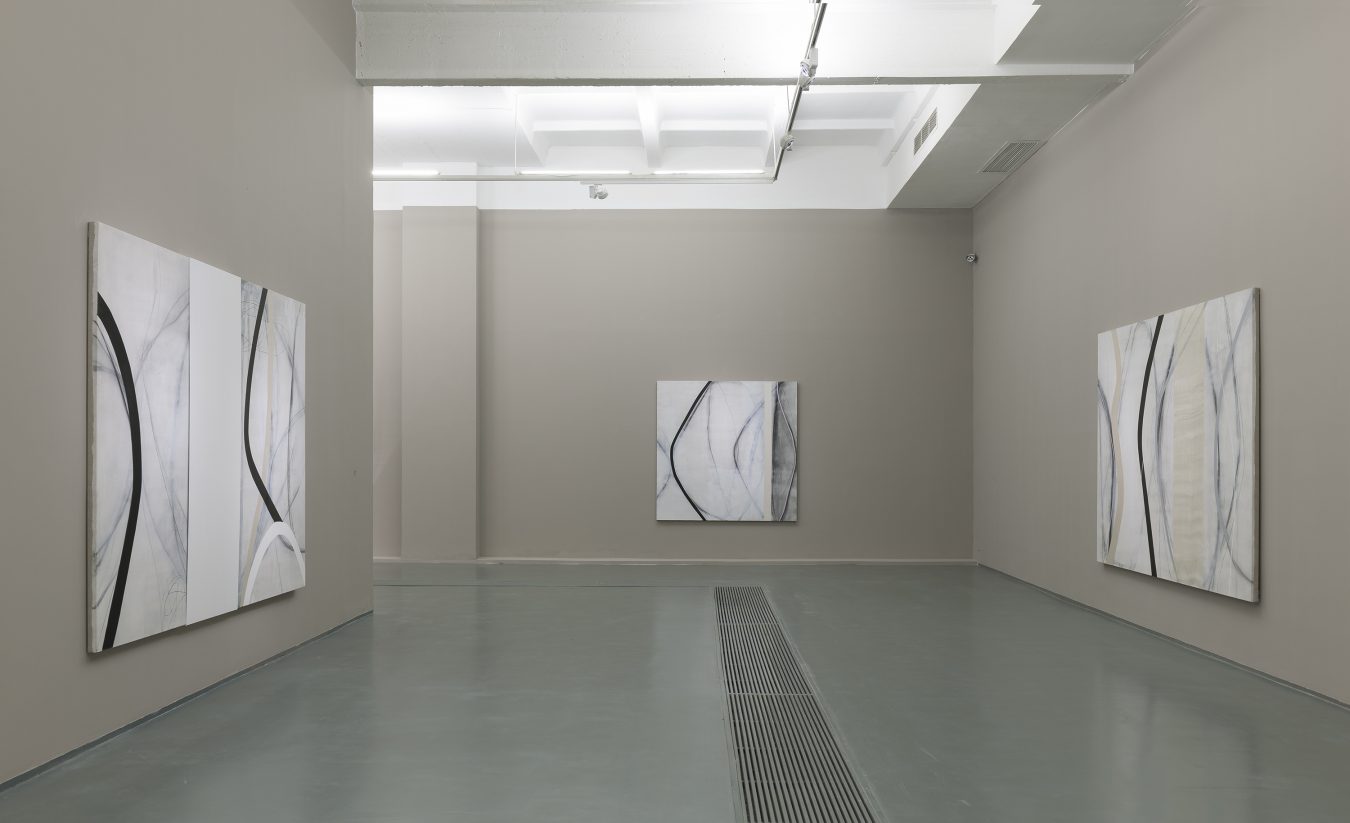 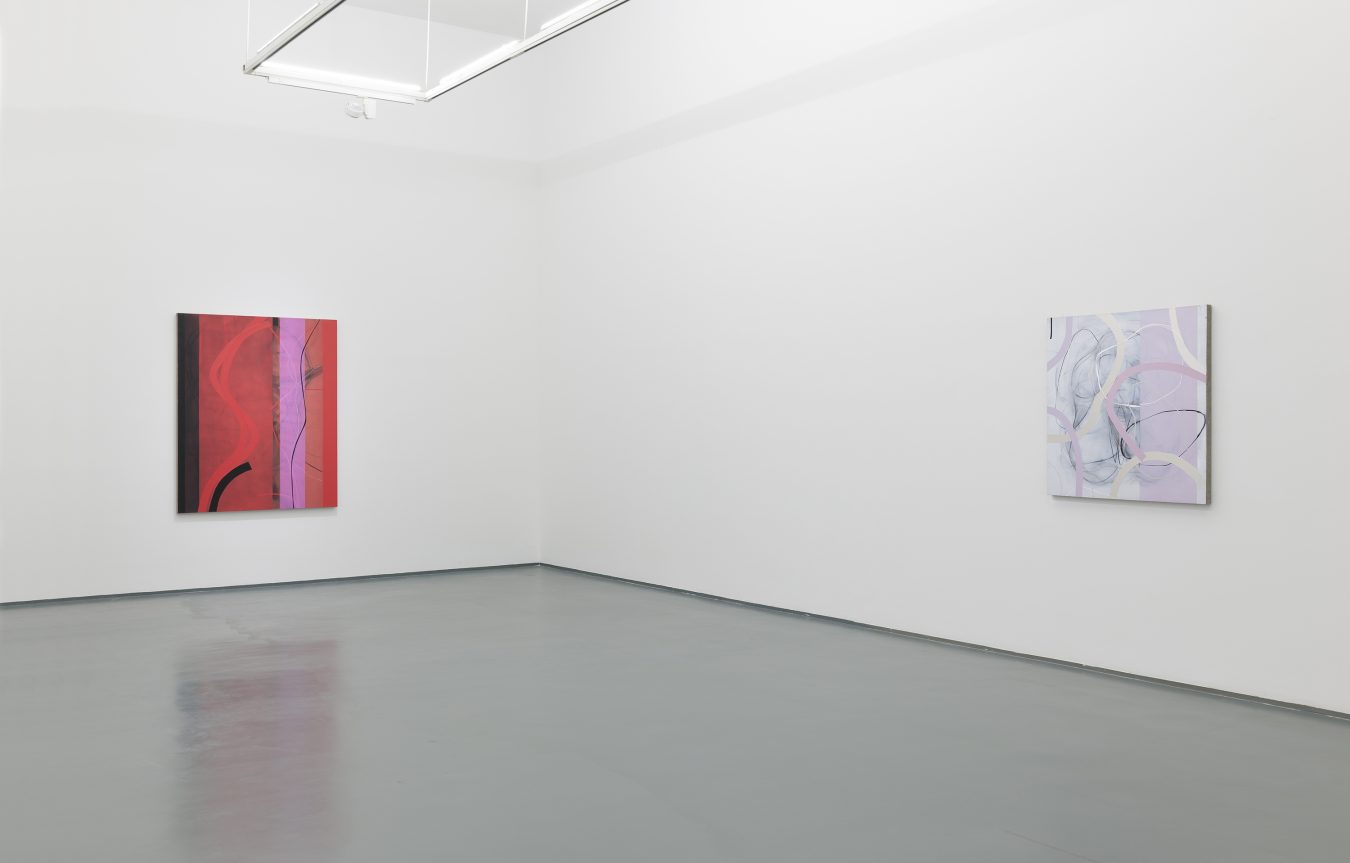 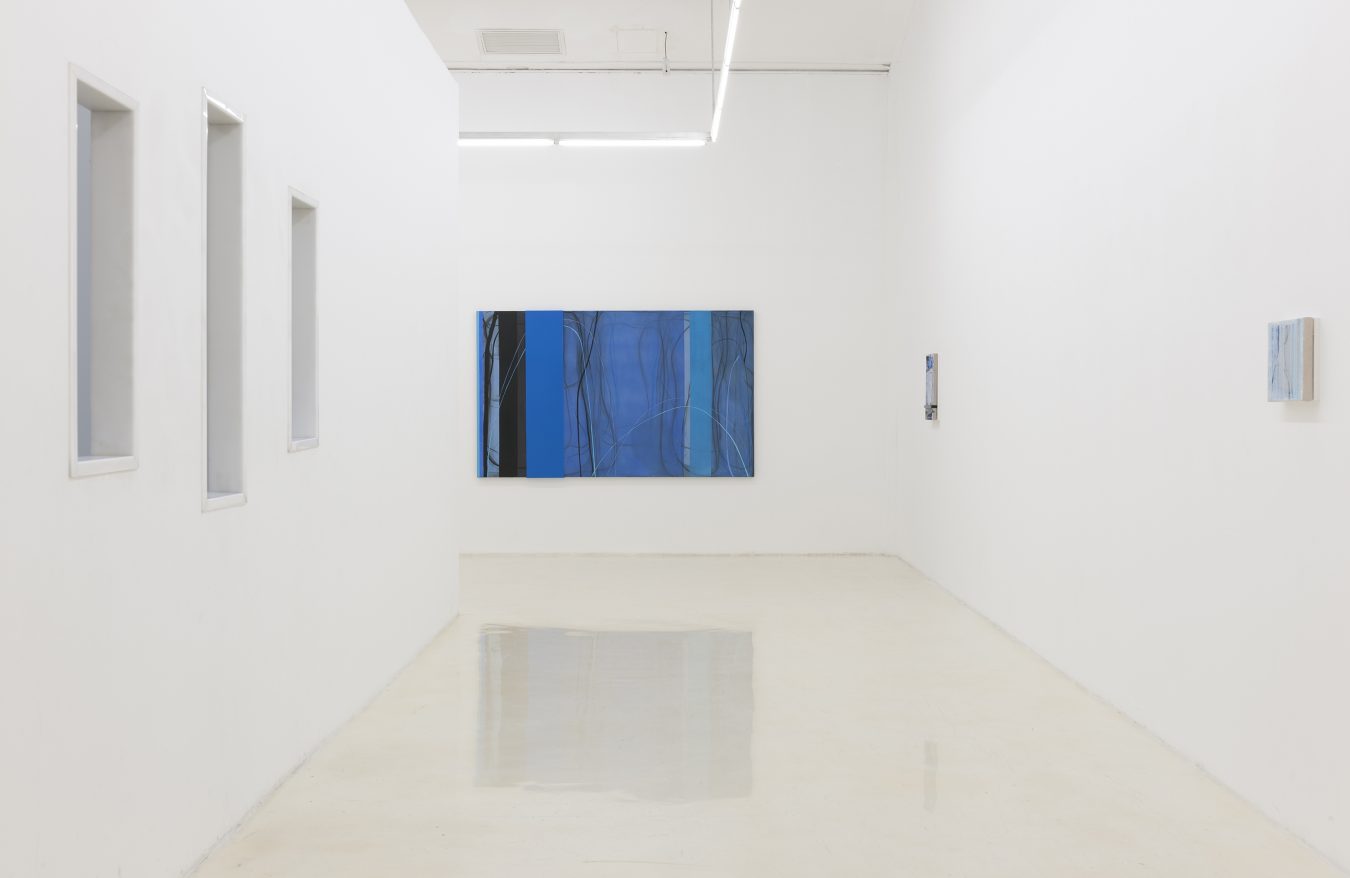 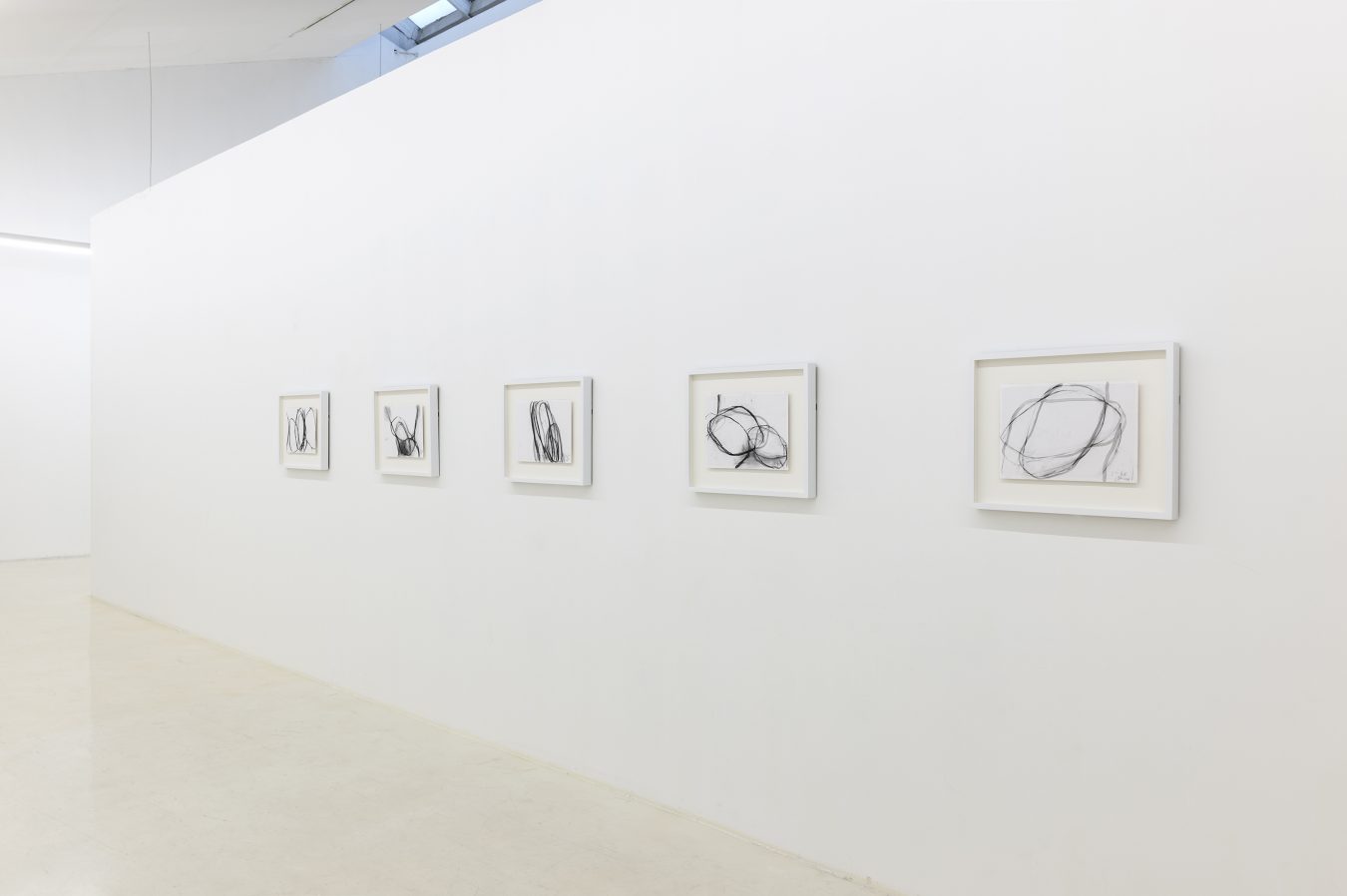 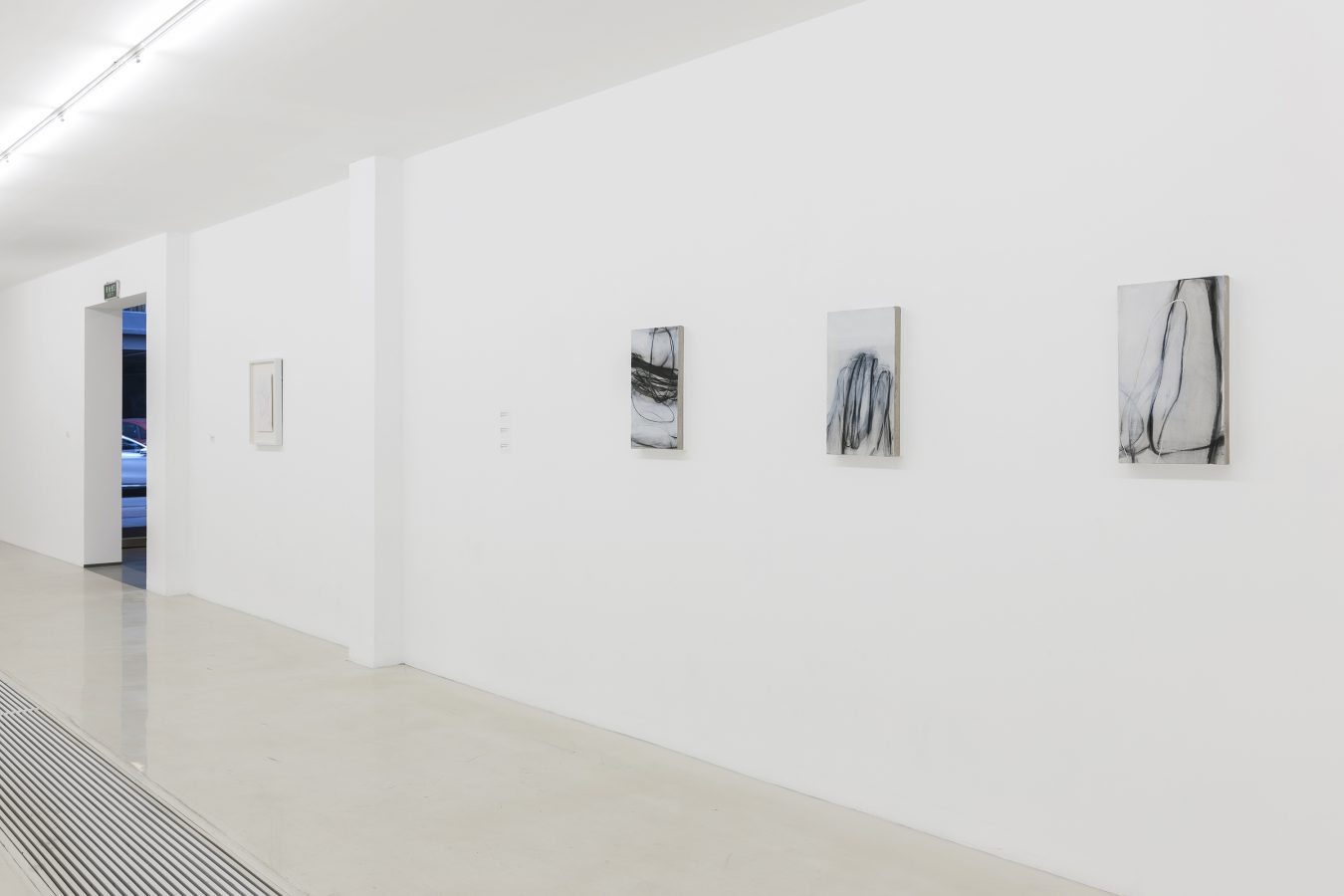 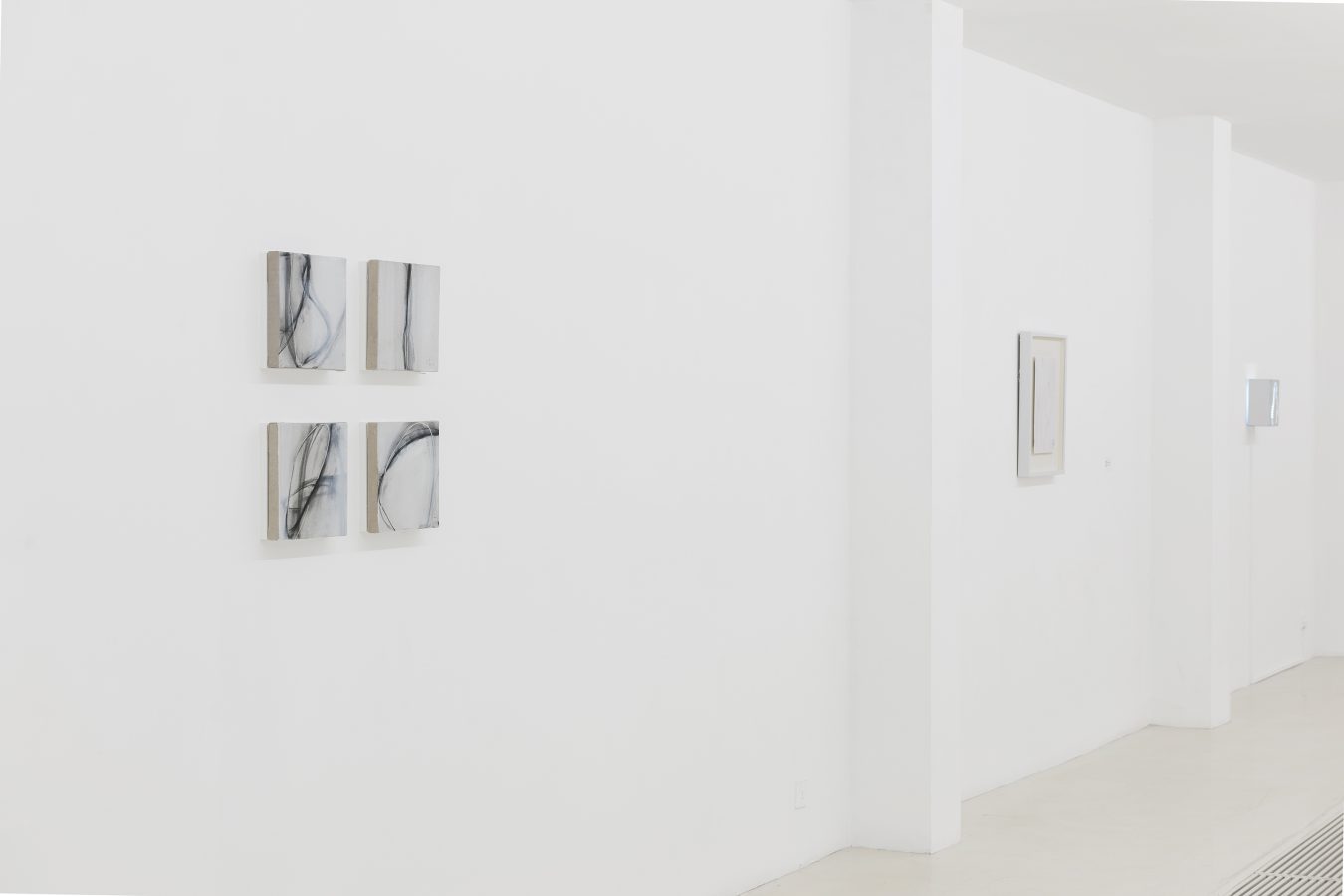 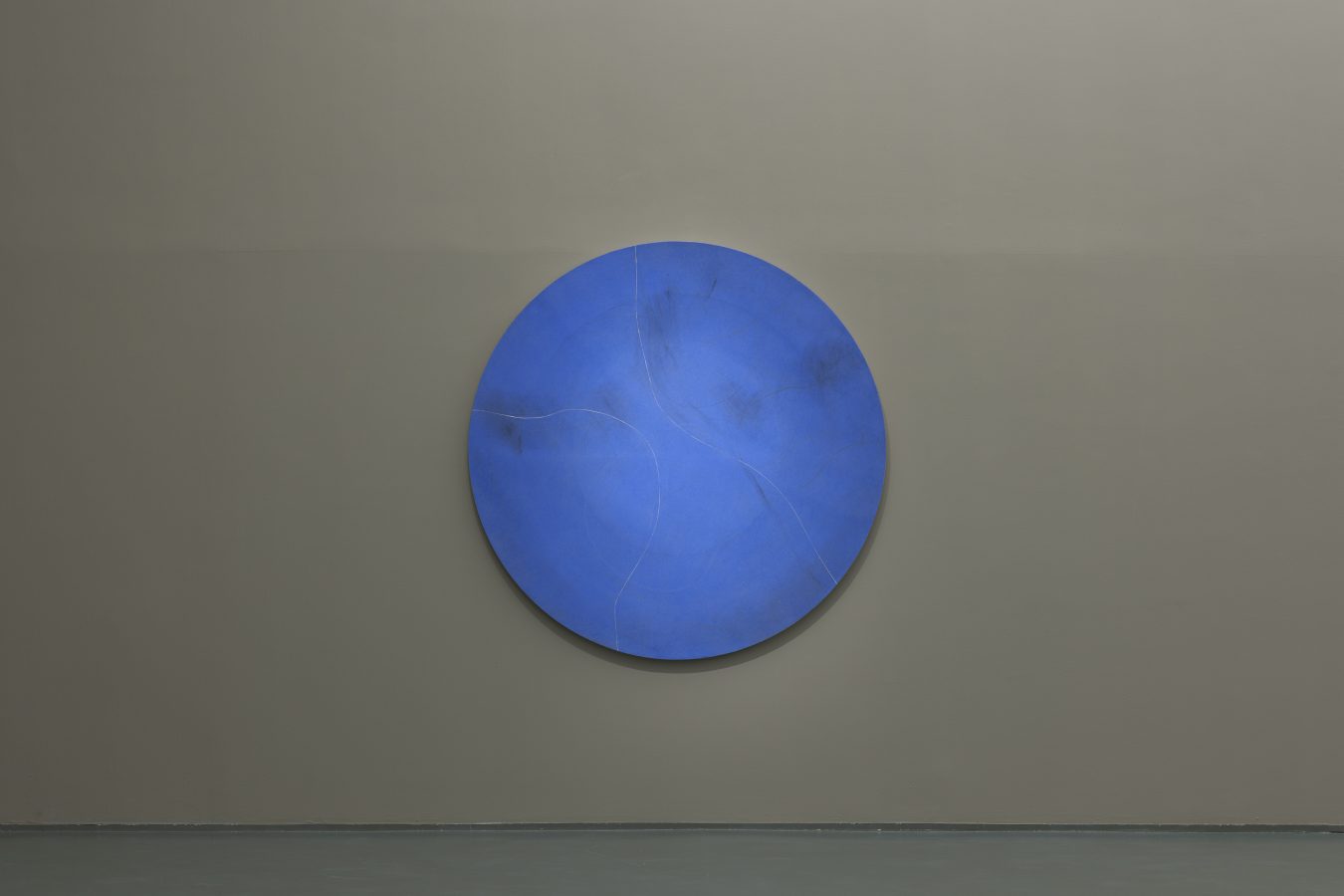 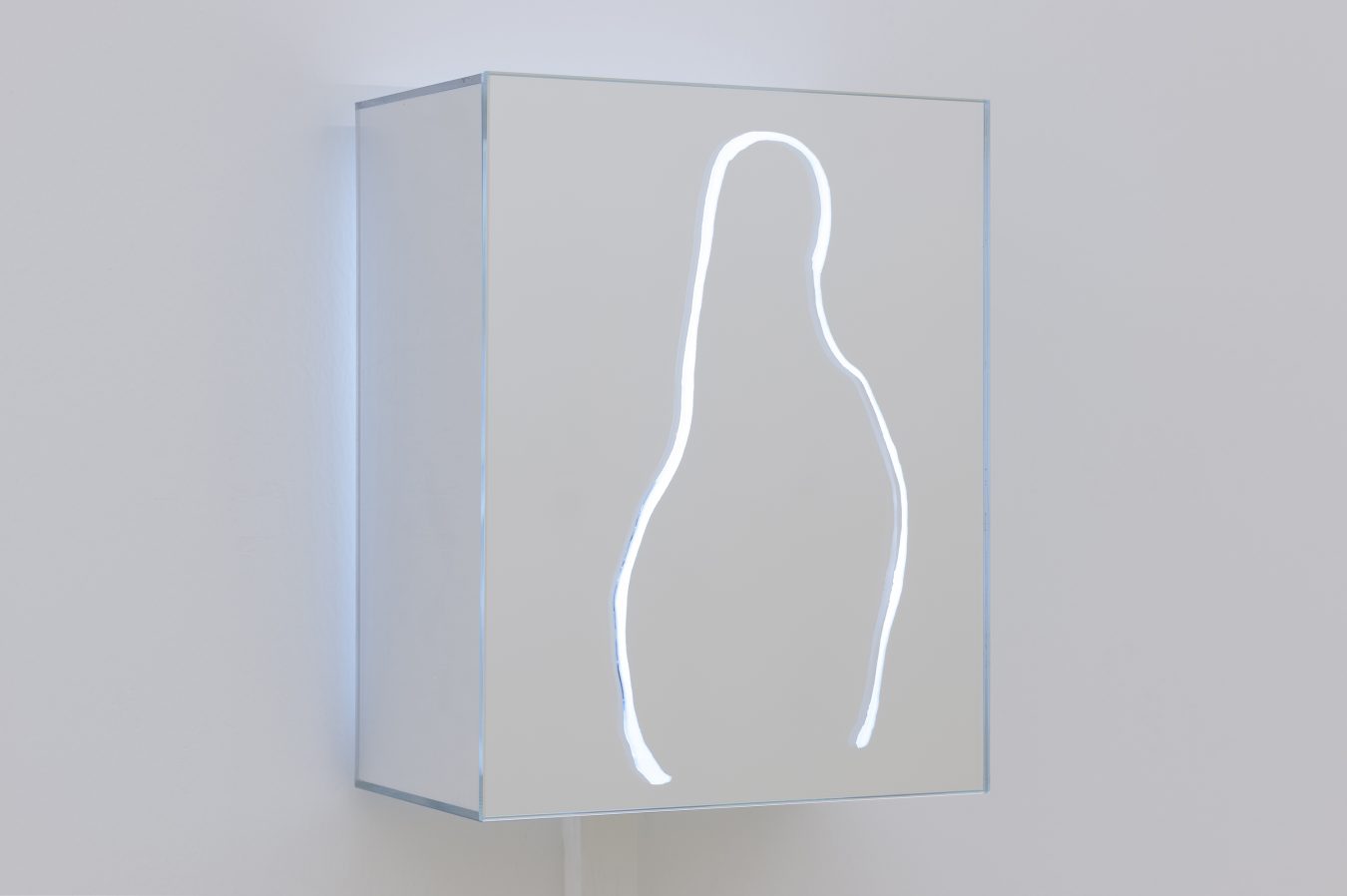 Hive Center for Contemporary Art (Beijing) is pleased to announce the opening of The Ring of Life: Zhou Li Solo Exhibition on 10th Sept., 2017. Curated by Chia Chi Jason Wang, the exhibition will show Zhou’s paintings of the recent years and her latest installations. The Ring of Life is, after White Shadow (Yuz Museum, Shanghai, 2017),  another exhibition of great scale, on which the installation with length of 20.6m, width of 8.3m and height  of 5.5m, will occupy Hive’s main hall. The exhibition will last until 15th Oct., 2017.

Born in 1969 in Hunan province, Zhou Li was graduated from Oil Painting department of Guangzhou Academy of Fine Arts, she moved to France in 1995 and came back to China in 2003, currently Zhou lives and works in Shenzhen.

Zhou’s creations set out from direct, individual perception, and do not follow the reality or spectacle of the phenomenal world. The painterly and the writerly exist in tandem as she uses multidimensional lines to simulate an abstract cosmos that escapes from physical logic and appearance—beyond a portrait of an individual mindset and expression of emotions, it also awakens living memory. Emotion lies within the body, concrete yet soft. Memory is also connected to this, though with time’s passage, it gradually turns into a hazy, indistinct pseudo-abstraction. A series of almost illusory loops resemble transparent channels through space and time which call to mind leaping and traversing—here, memory hesitates, turns back, and struggles to let go. In this regard, Zhou Li’s art can be seen as a hybrid writing of individual emotion and memory, almost a self-portrait.

The line is the formal core for artist Zhou Li, just as it also forms the titles of her artworks. Zhou Li’s lines are replete with awareness, and they absorb resources for transformation from Chinese traditional art and aesthetics. The expressive, free linear shapes we see in Zhou Li’s works are precisely an embodiment of this “brushwork” from Chinese calligraphy and painting. Her lines twist and turn, penetrate and intersect, and in the process of curving the wrist and moving the brush, they undulate, giving the lines rich formal changes that allude to multiple spaces. Listening to the operations of the bodily and emotional awareness, Zhou Li manipulates the spatial aspects of the artworks while also revealing their temporal aspects. Undefined yet tangible lines grow within a transparent void or tranquil liquid realm, forming waves that converge on high, endless illusory loops drifting through an open, colored yet unnamed space, and coexisting with time.

Never compromising with reality, Zhou Li follows her consciousness, the depths of an invisible other space to illuminate extraordinary scenes and ponder extraordinary realms. Sometimes, the semblances of familiar landscape scenes or people suddenly emerge in her paintings, at once revealing her traditional roots, while also illuminating the depths of her consciousness, and her perceptions of life. The other things viewers perceive in her works are often beyond the phenomenal realm. The linear time and space she creates is also in a state of persistent flow and transmutation, neither fixing a fleeting moment nor presenting the final view.

Though the forms in her works do not possess the shapes of written characters, they do possess the ability of allusion, which give rise to spiritual associations. Zhou Li’s transparent shapes are like membranes. They appear prone to popping, but also possess the ability to embrace, protect and nurture life. These curved, circular or bubble structures resemble arrangements of cells as well as nurturers of organic life, and metaphors for the unending cycle of life. Though not consciously so, when you listen to the inner breath of nature, Zhou Li’s individual abstract iconography is quite tangible indeed.