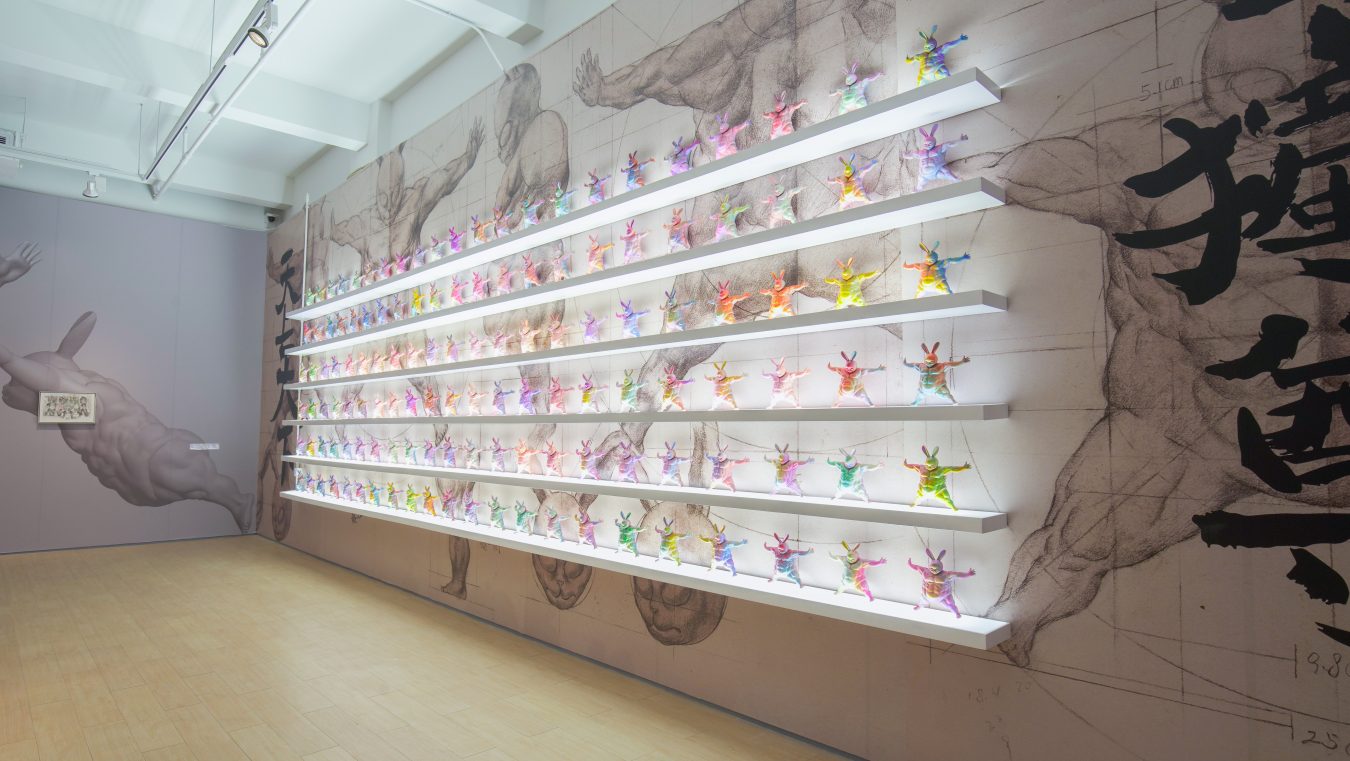 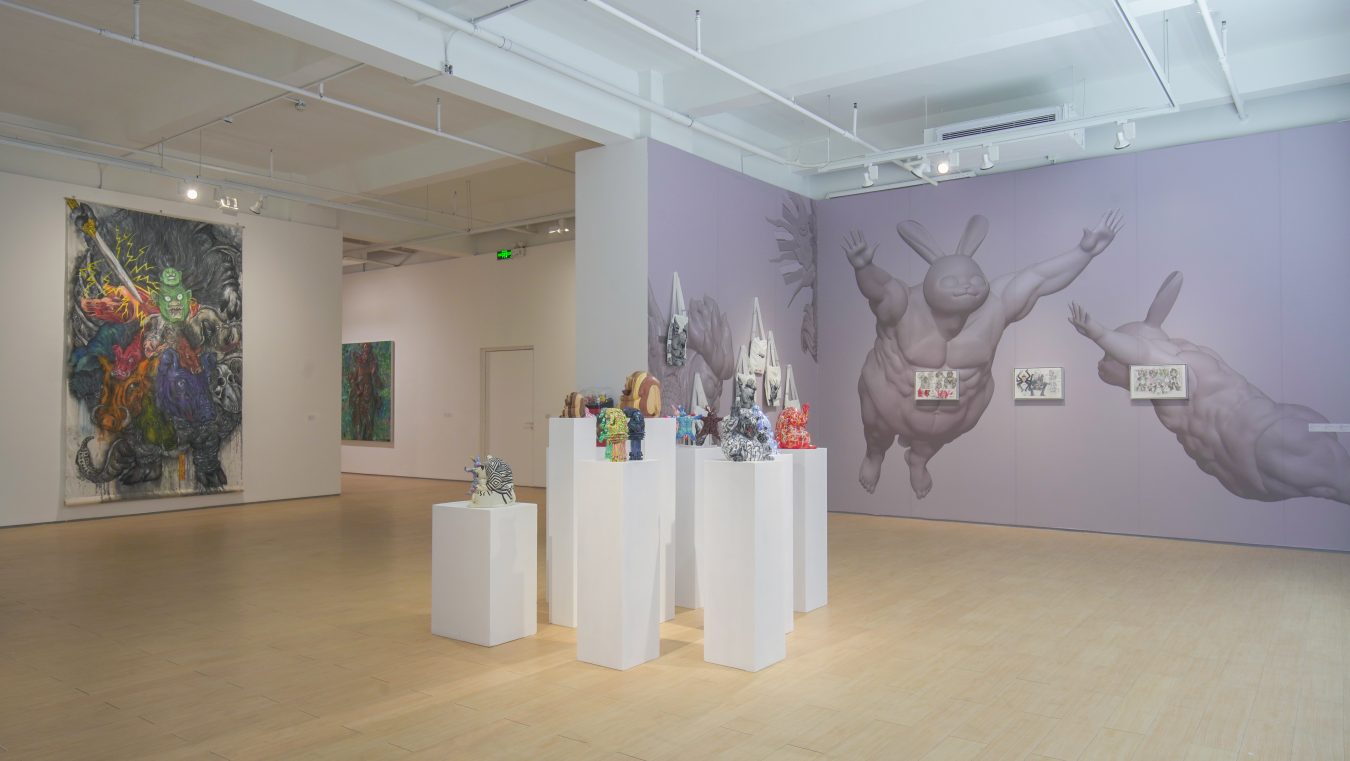 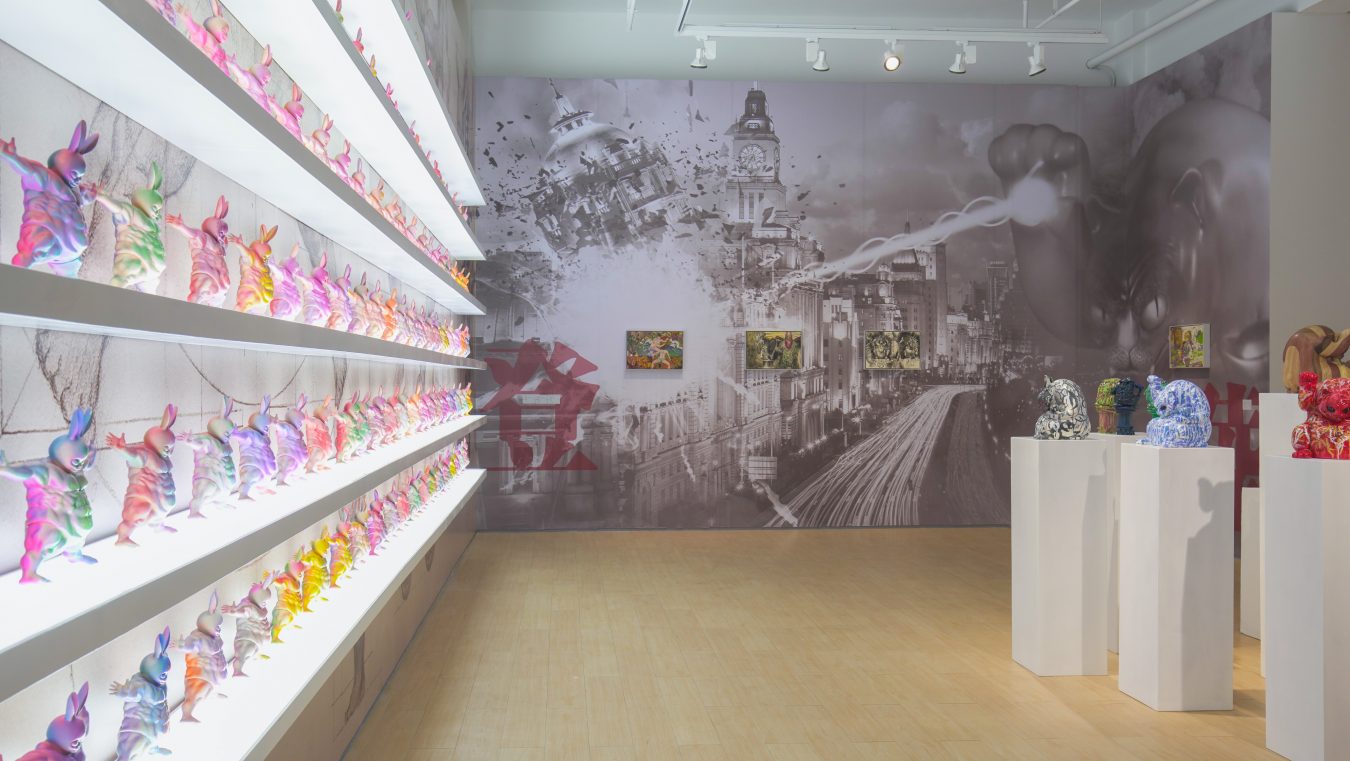 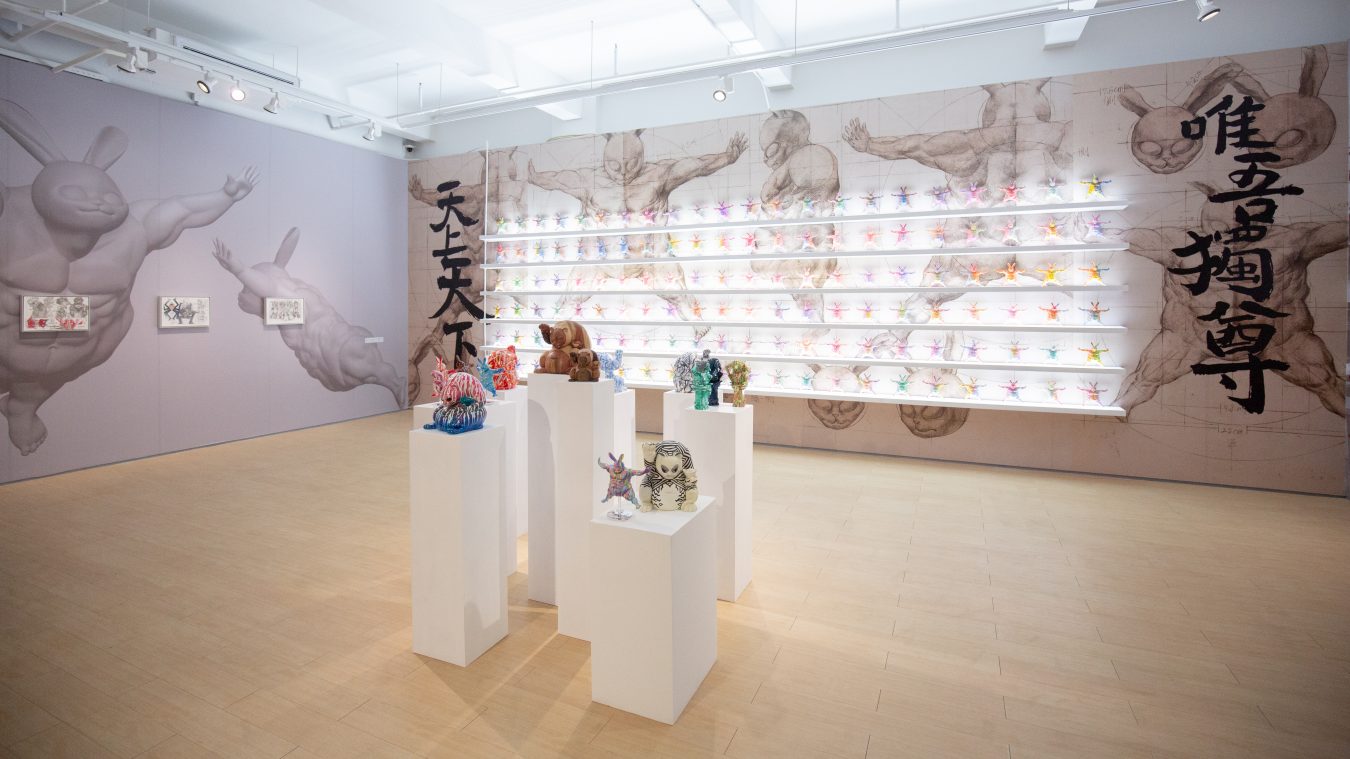 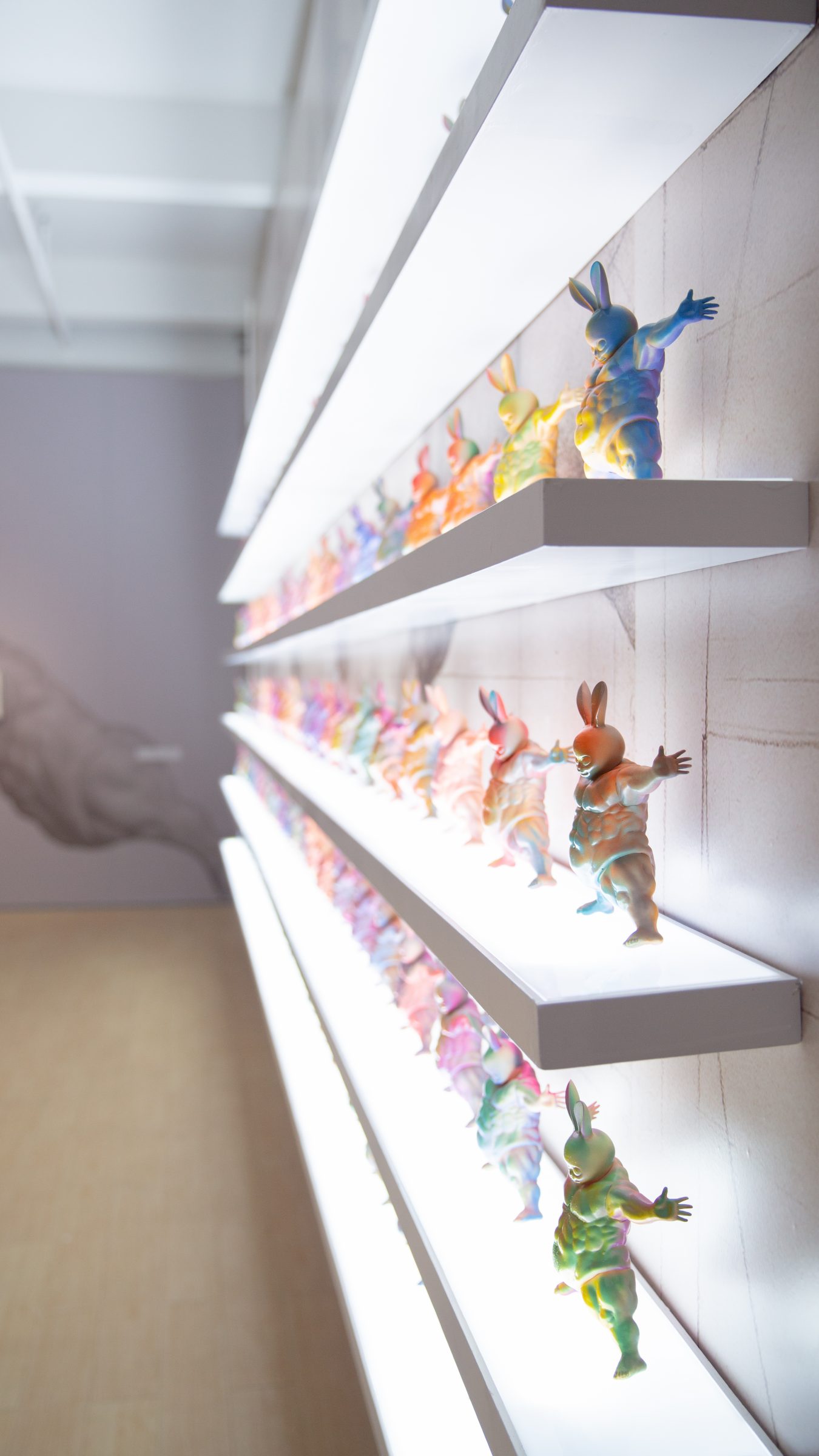 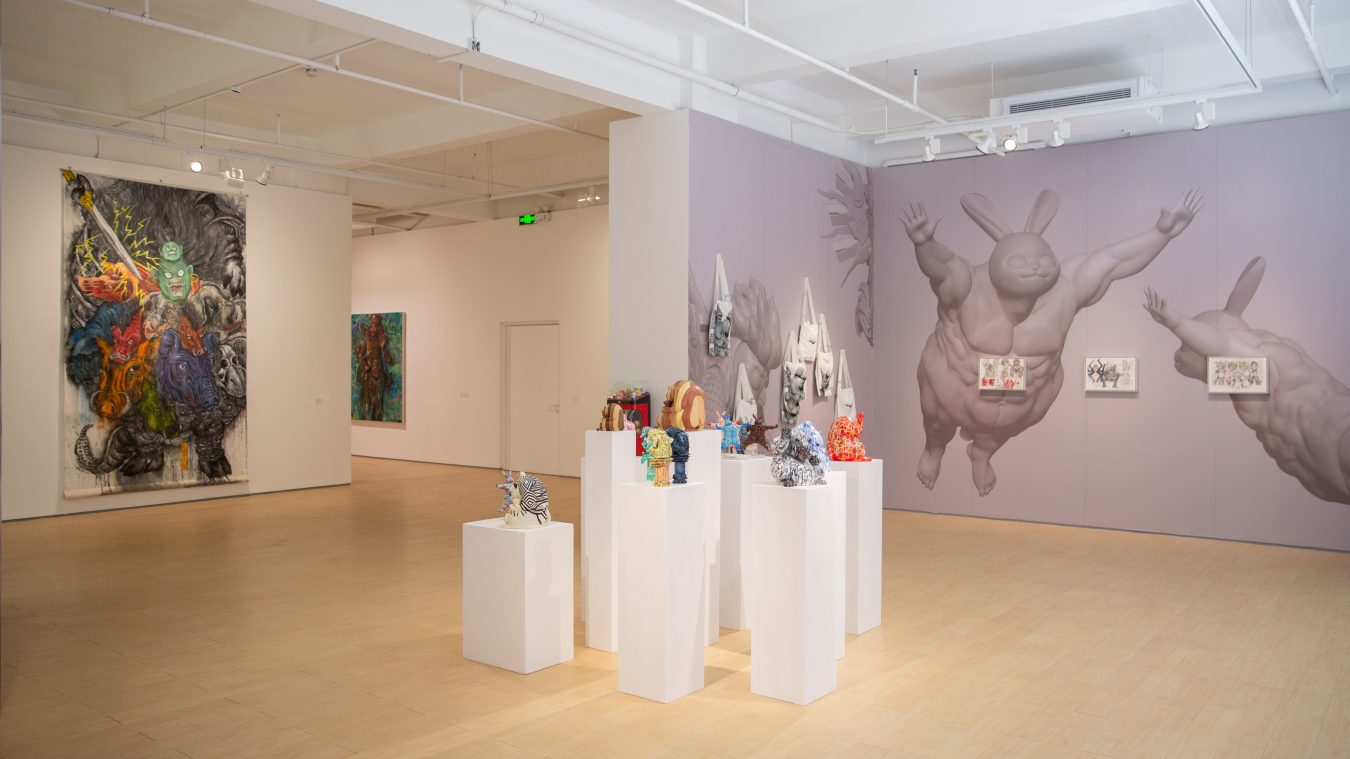 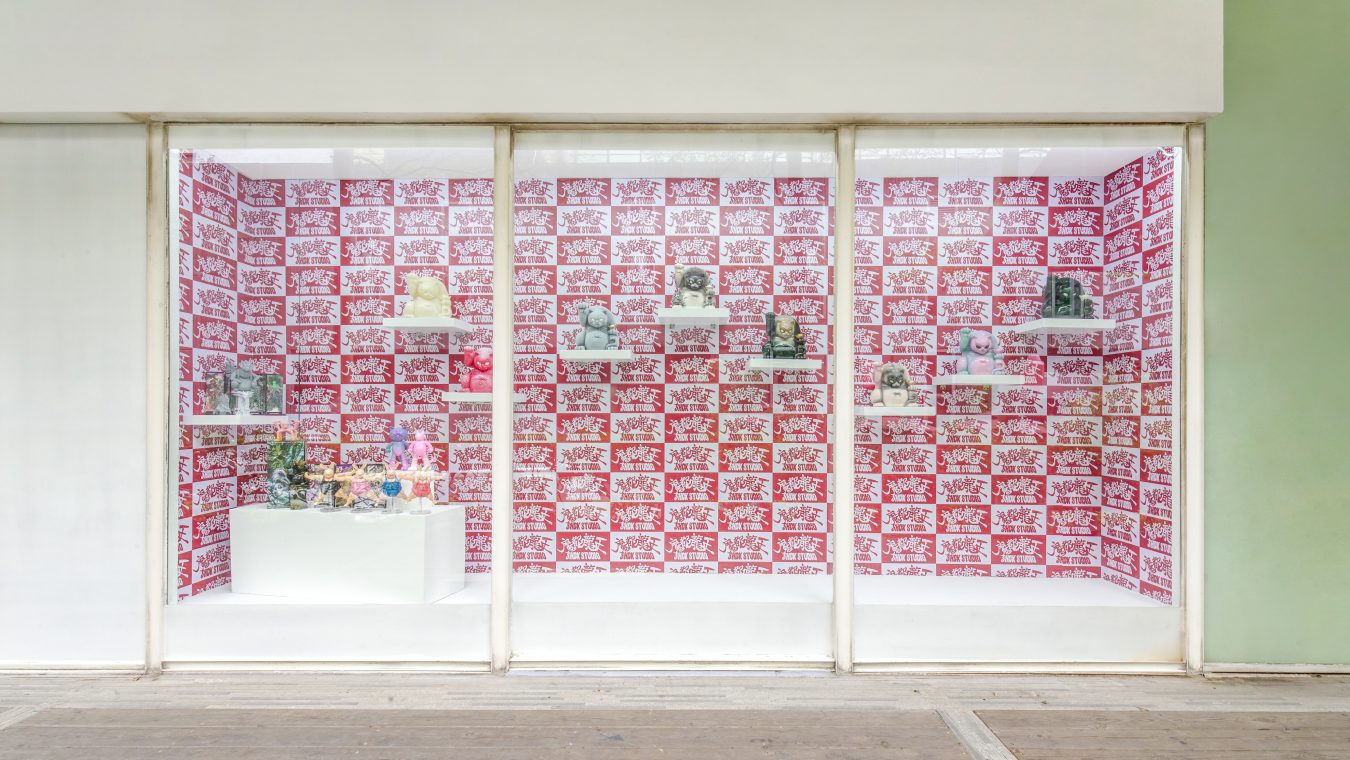 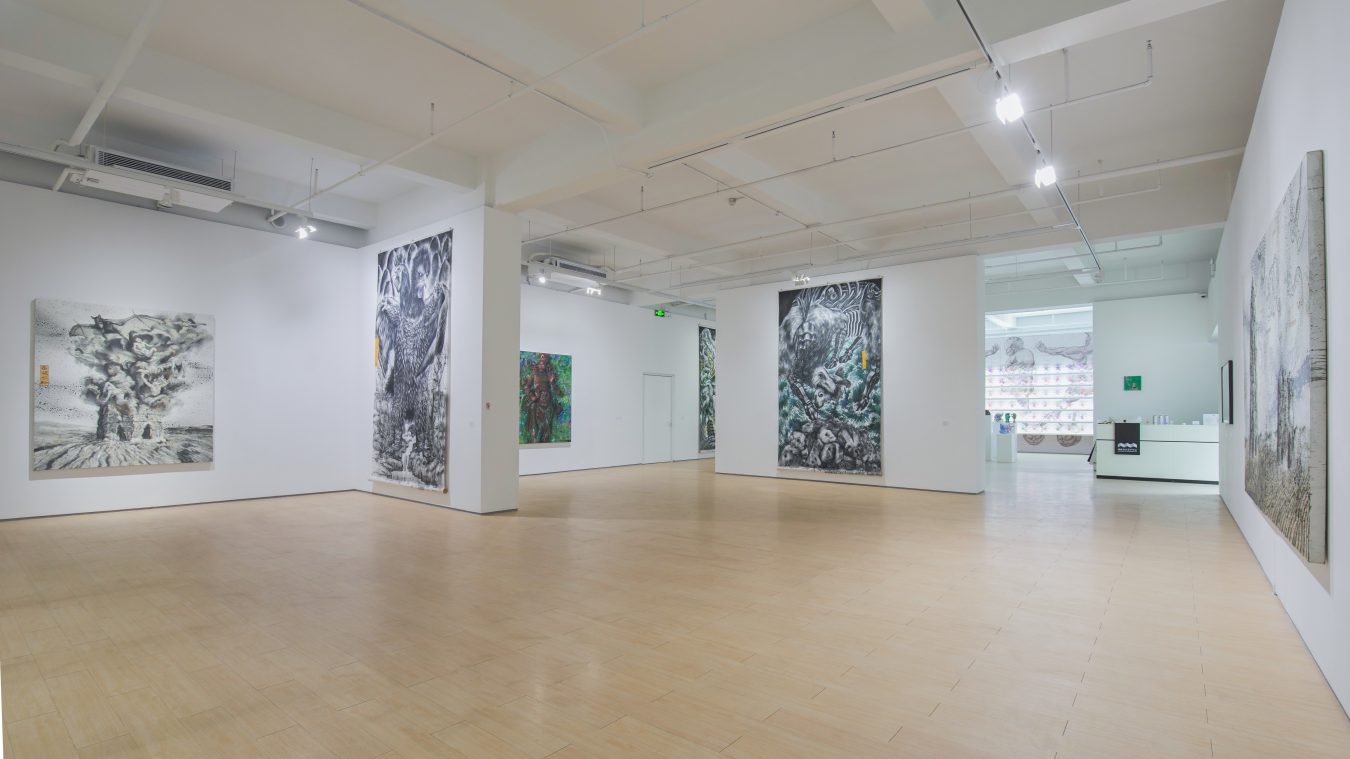 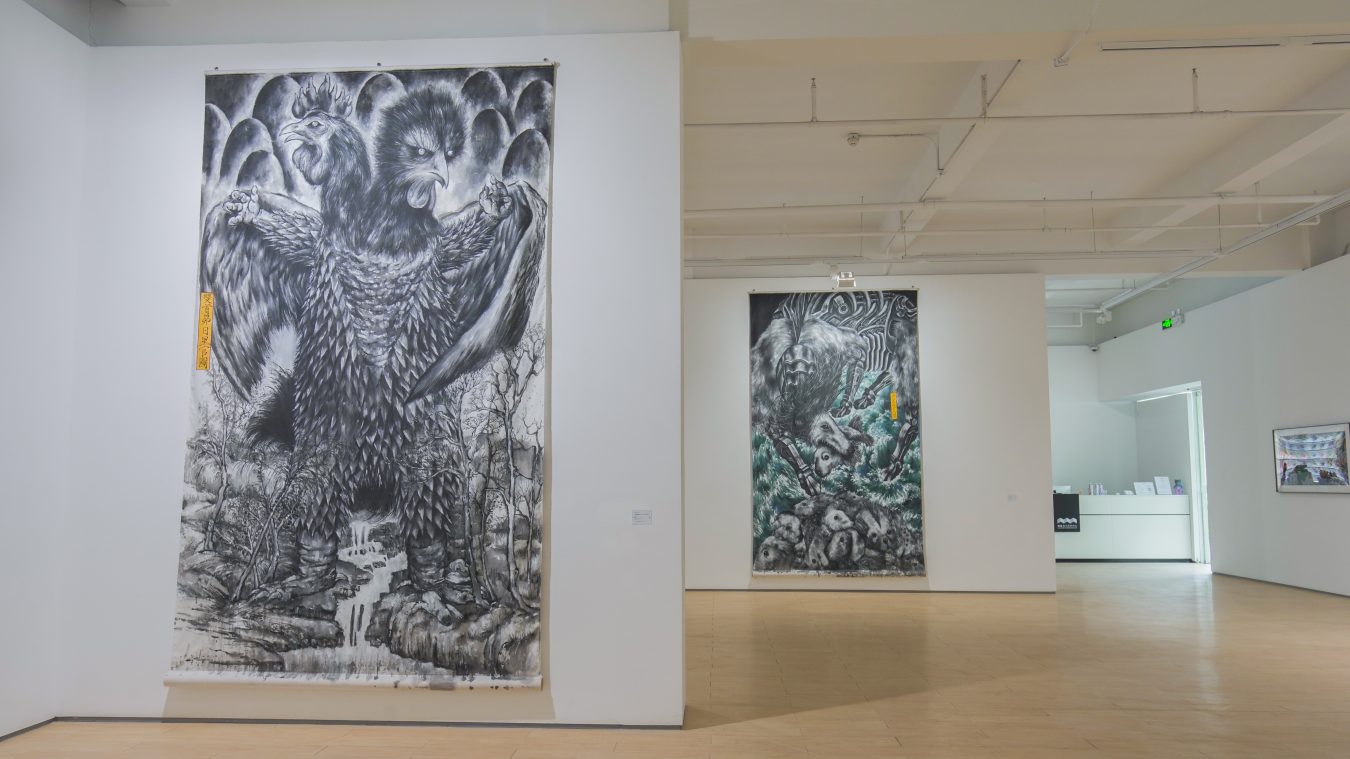 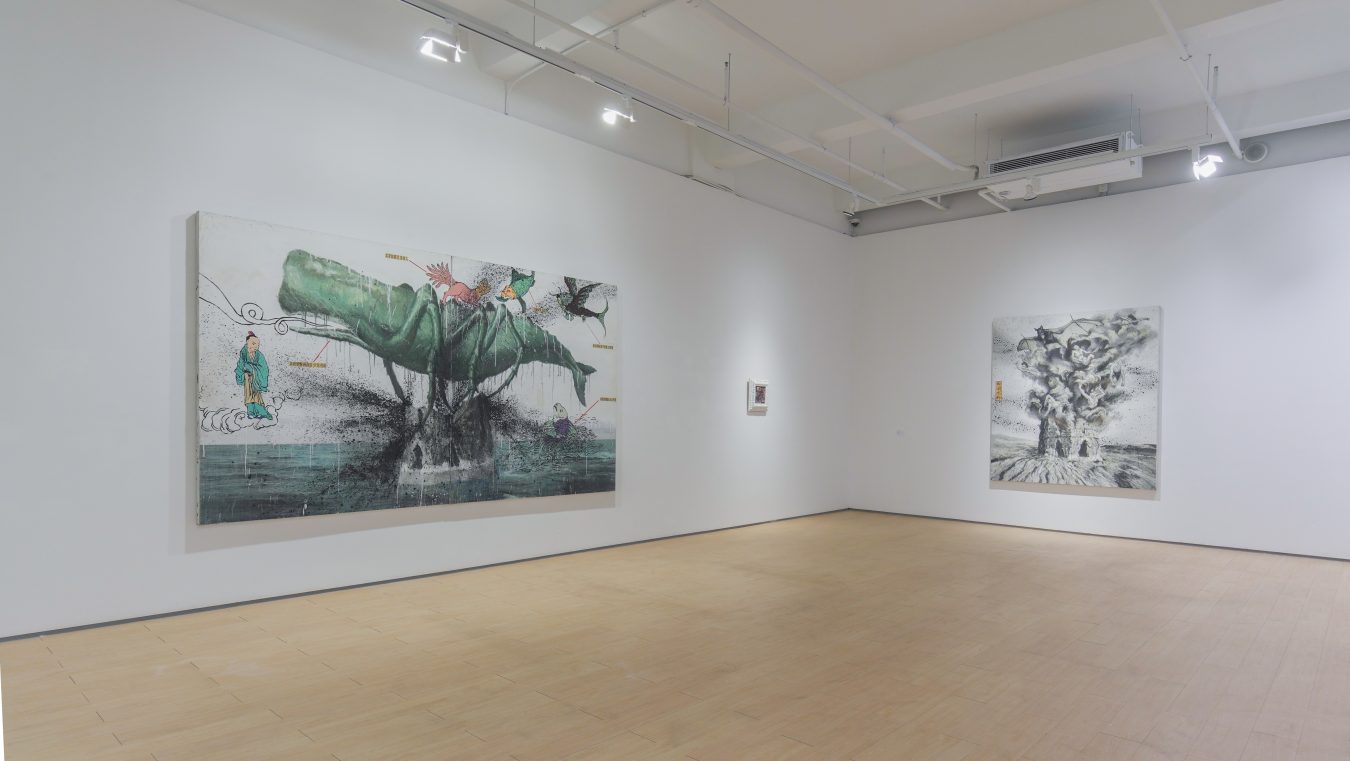 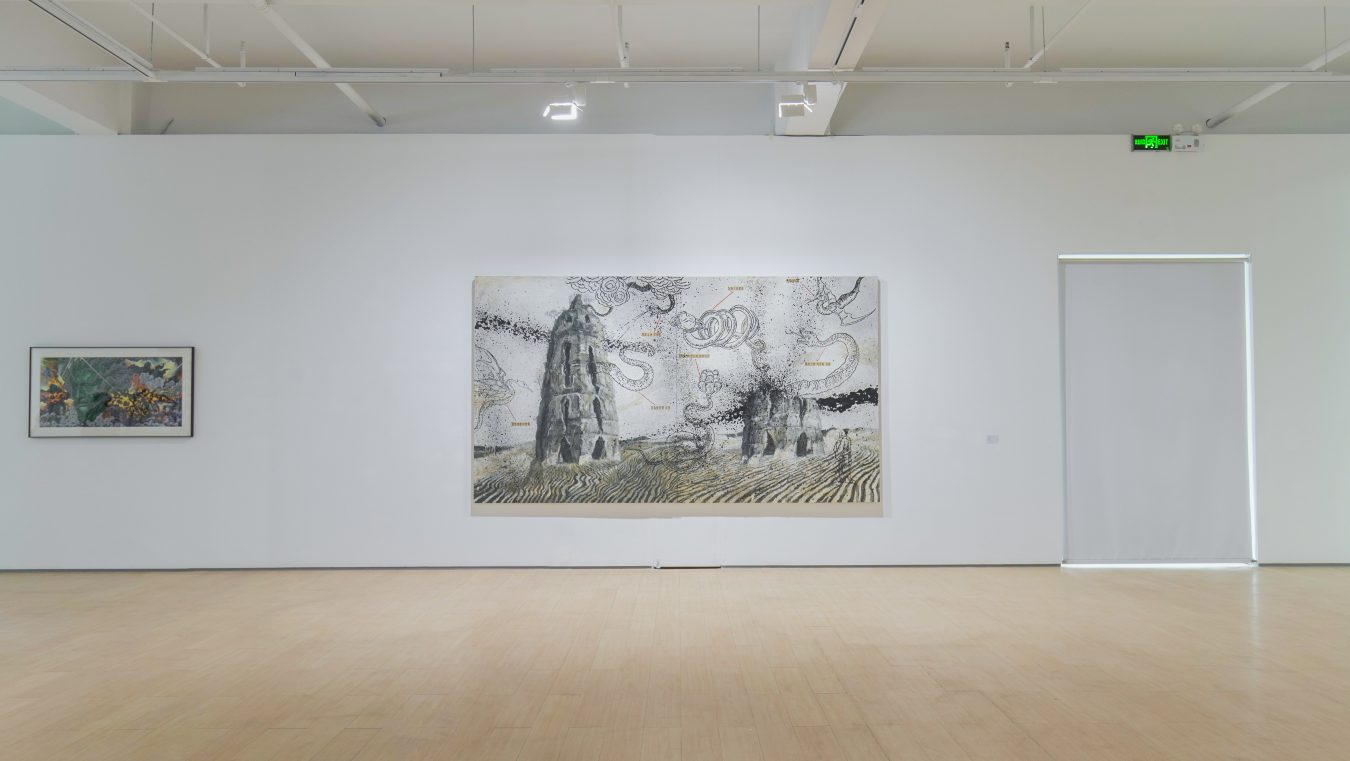 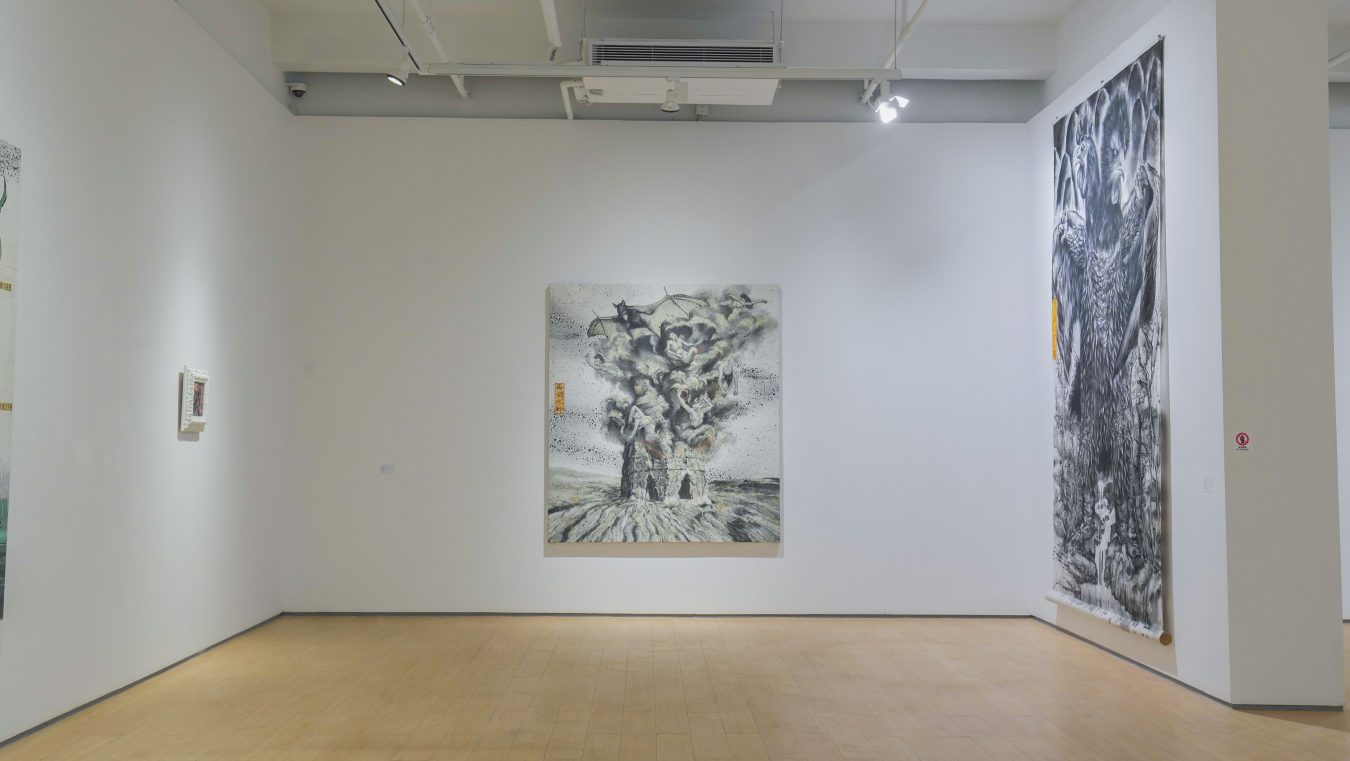 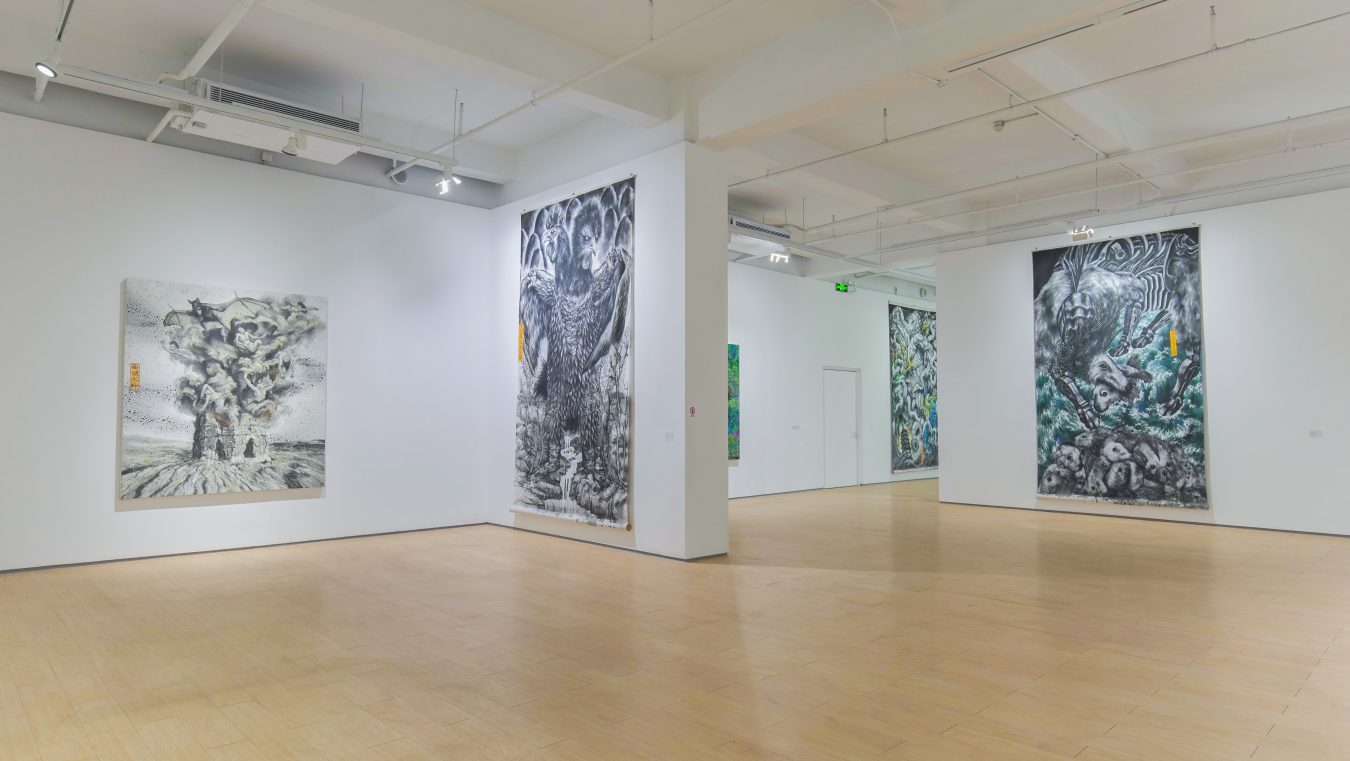 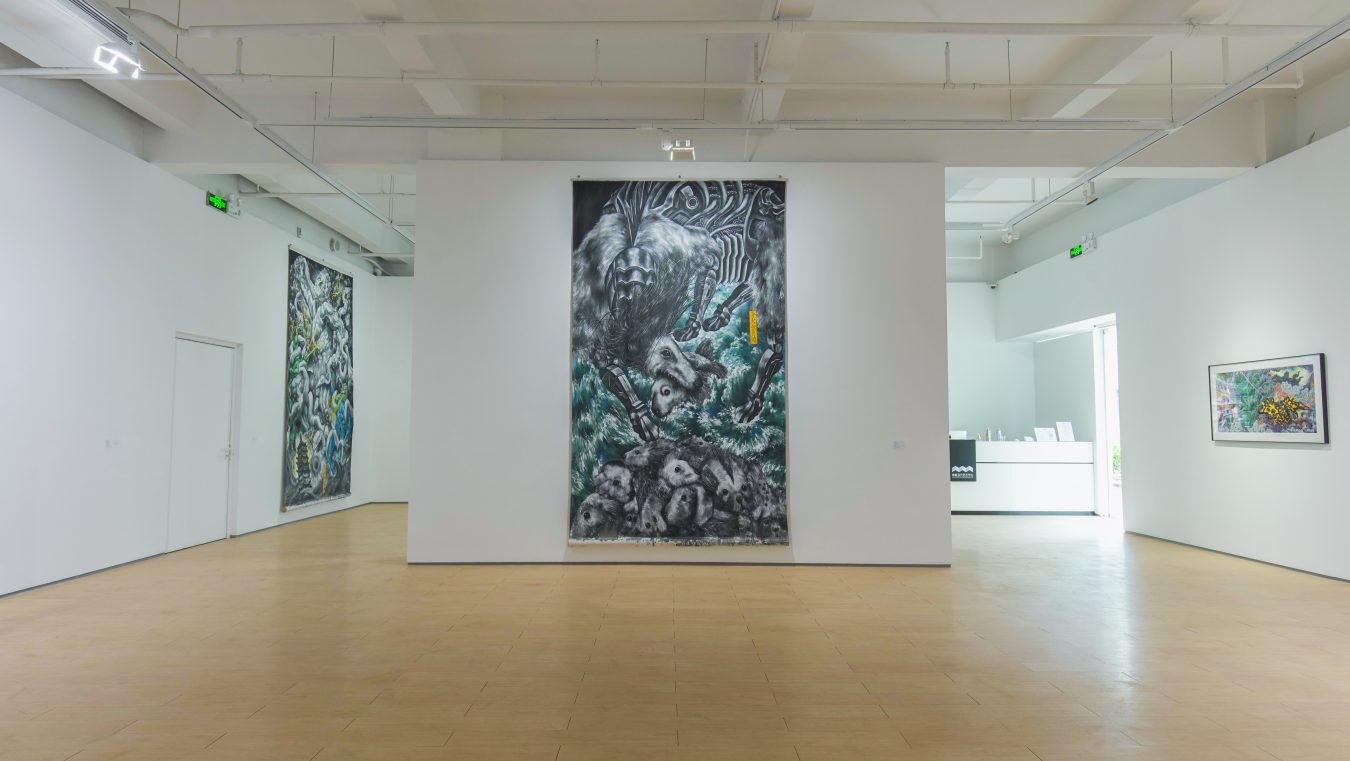 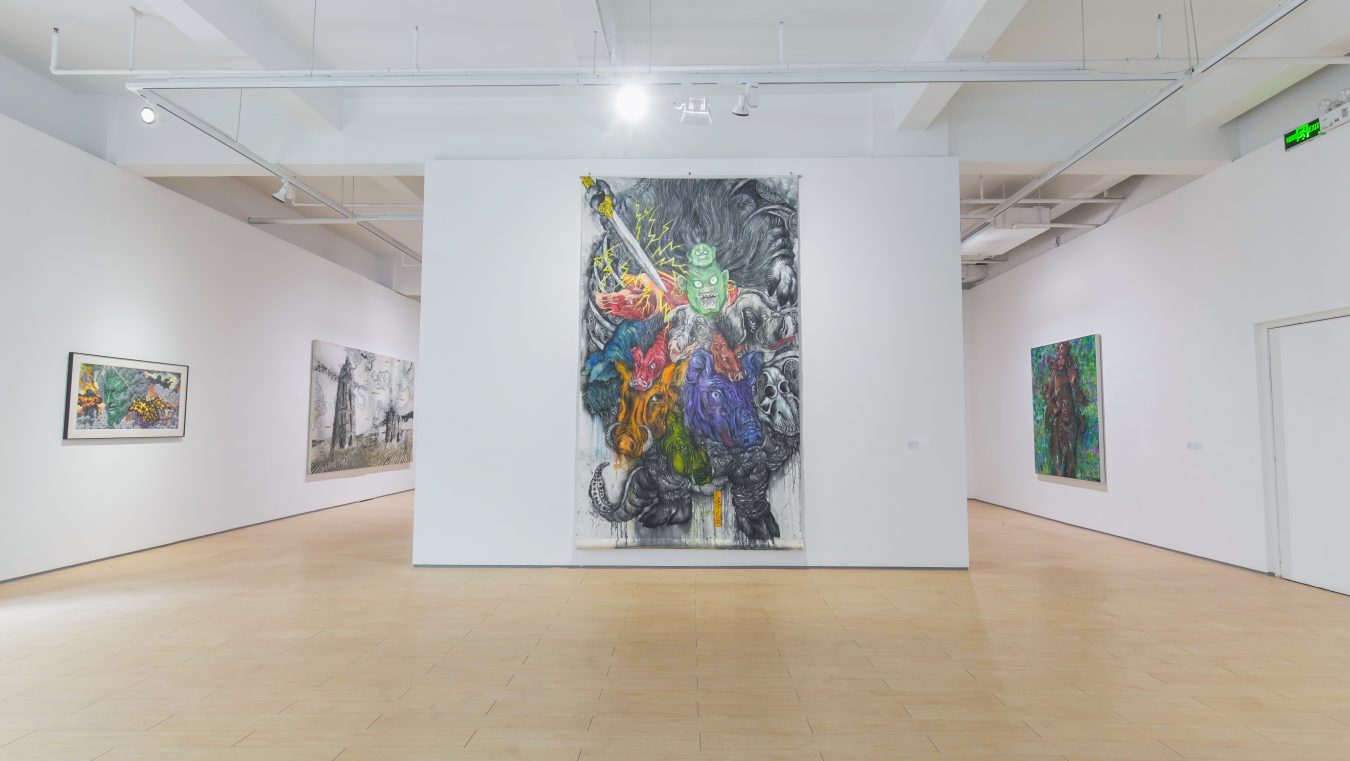 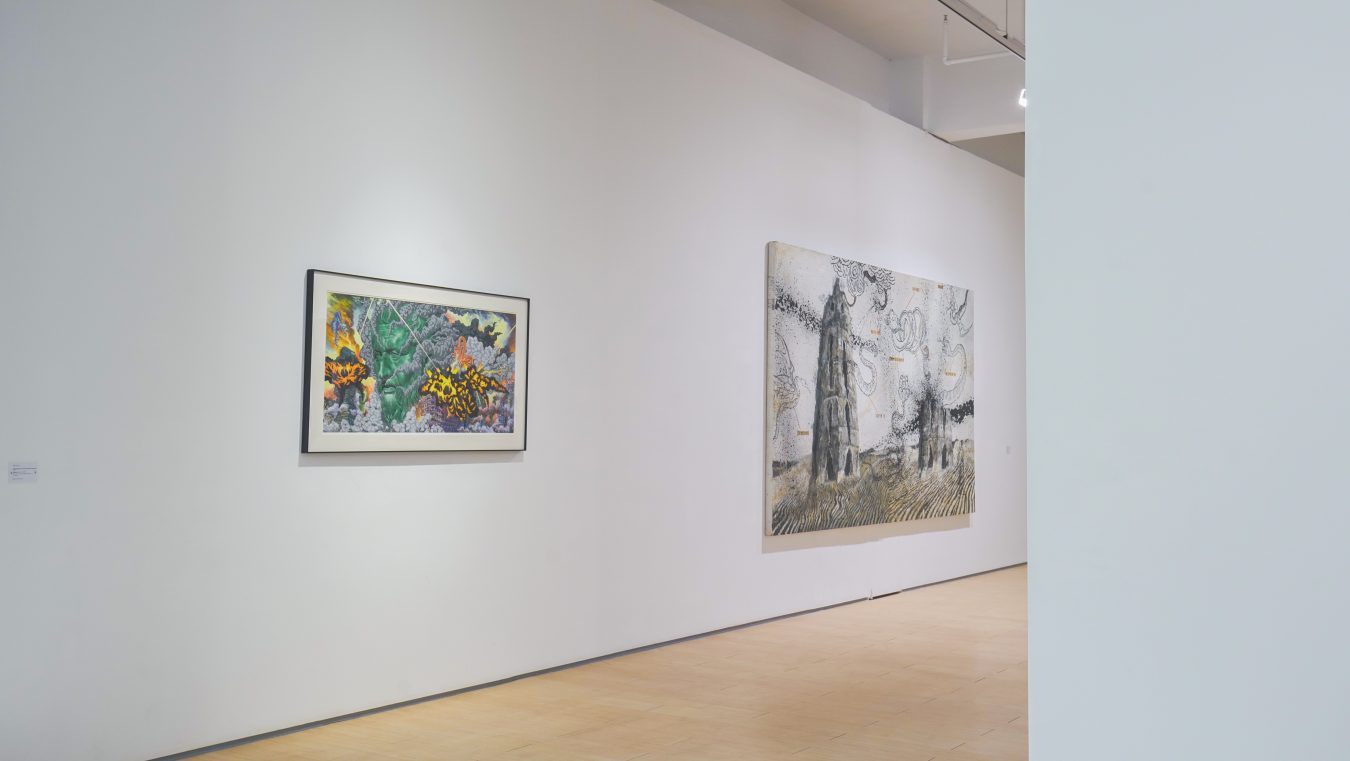 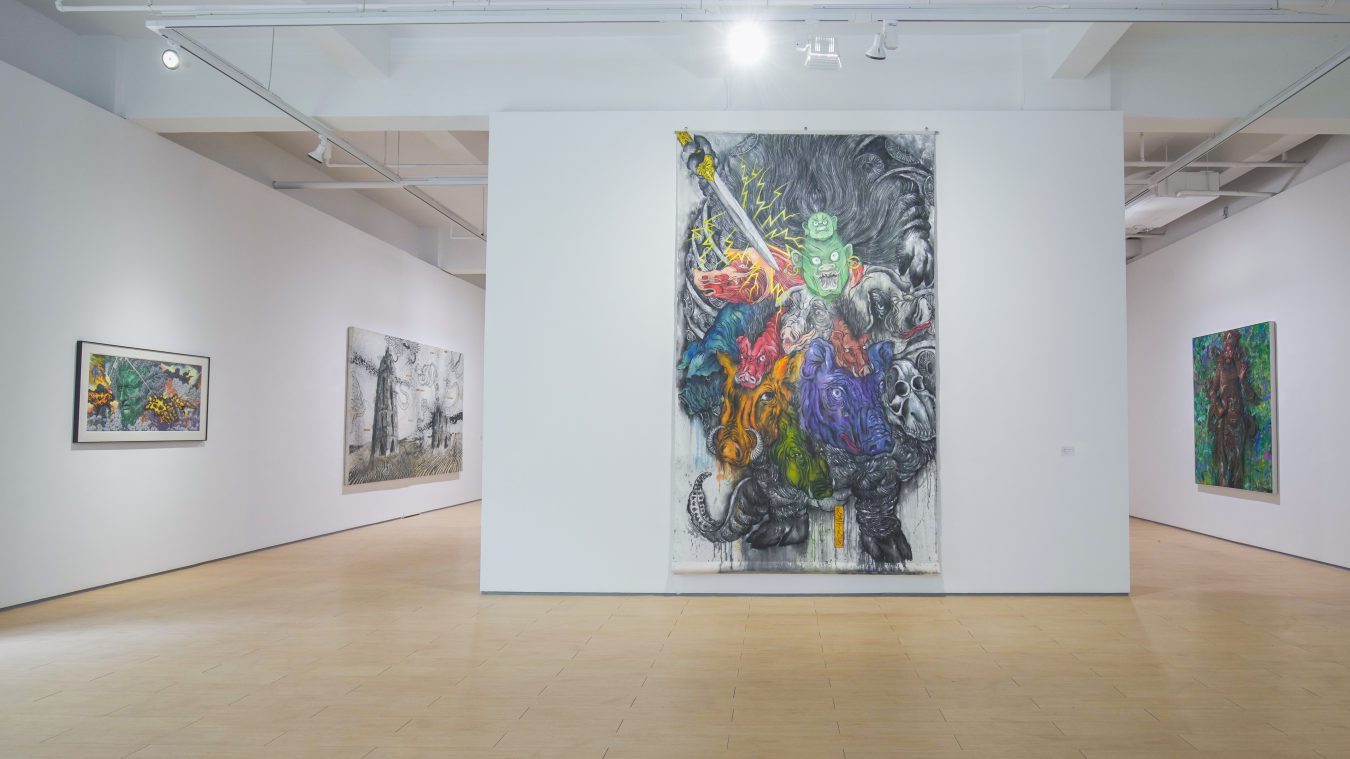 To start with, The Momentary Temple displays a form of reconstruction to imply the massive tension between the diversity of Gong Xu’s art and the commercial logic of the brand “SHDK Studio”. The “Temple” in the title symbolizes the consumption of the word’s externals after gouging out its core, namely the holiness in its original meaning and image, while “Momentary” refers to the rationality of time and logical deduction for a certain recent period, which defies the “consistency” principle. To some extent, the rising ACG culture can be taken as a symbol of the post-modern fragmentation in an unconventional logic and it encourages different people to perceive more from the interplay between ACG and mainstream culture by digging into the all-inclusiveness and complexity of the ACG world.

This exhibition presents Gong Xu’s paintings that feature mythical thinking and trendy toys from “SHDK Studio”, including characters derived from his paintings and some out of his collaborations with mature artists like Lu Pingyuan and Cheng Ran. As a display space instead of a production site, the Temple gets involved with the realm by weaving quite a number of intangible forces that fill between the artists’ thinking modes and physical construction. And how the concept “the momentary temple” is built on various symbols will be demonstrated in the interaction between text and the works.