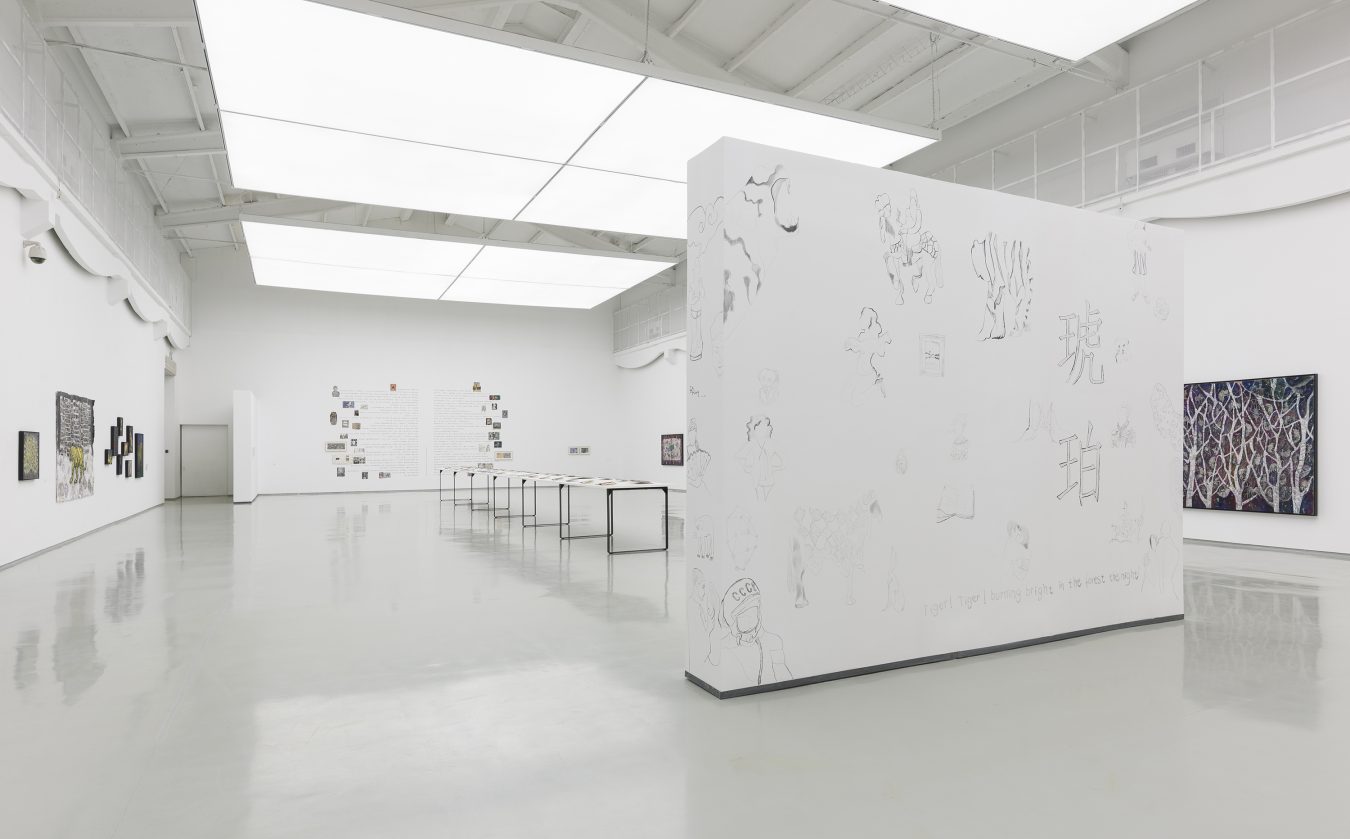 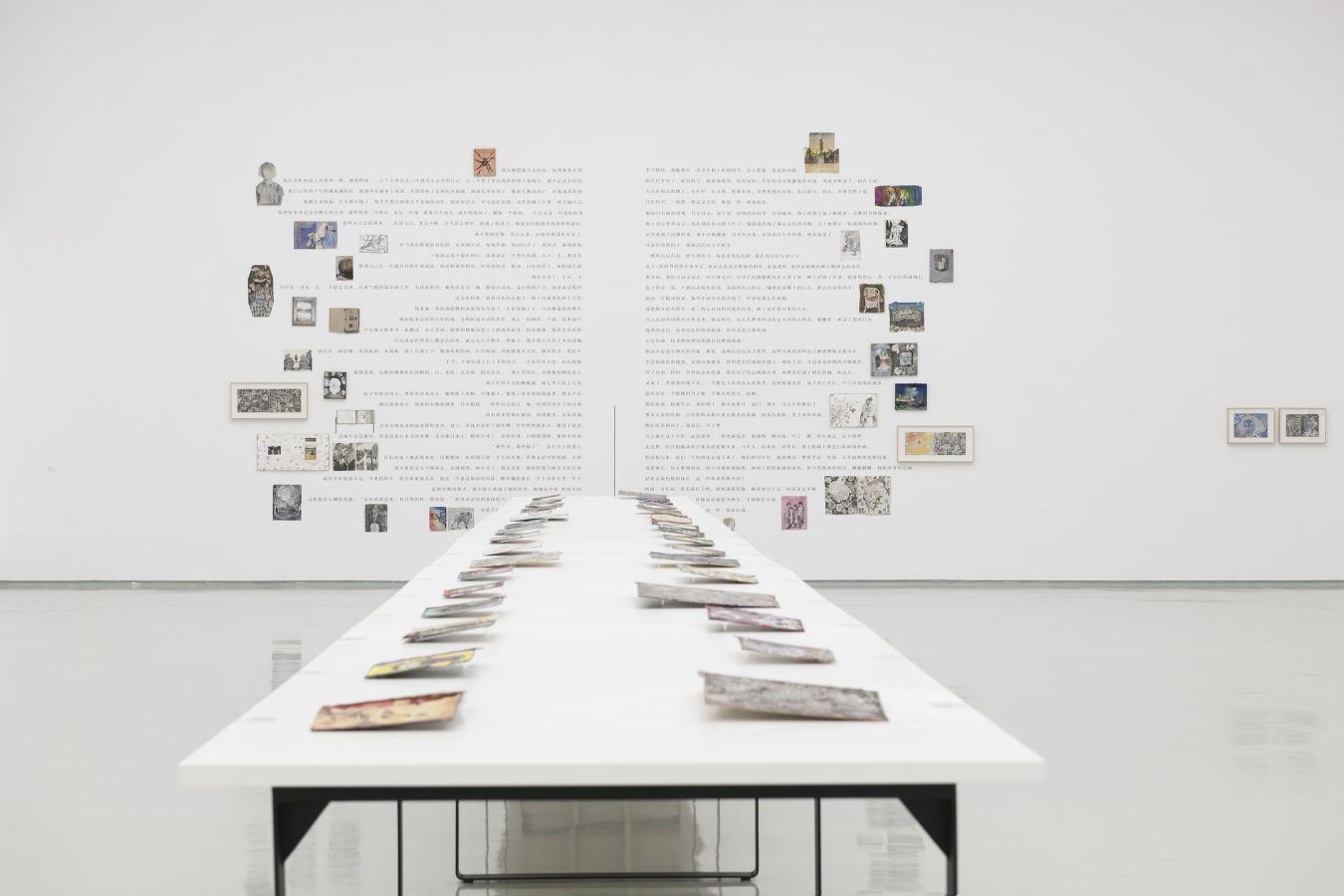 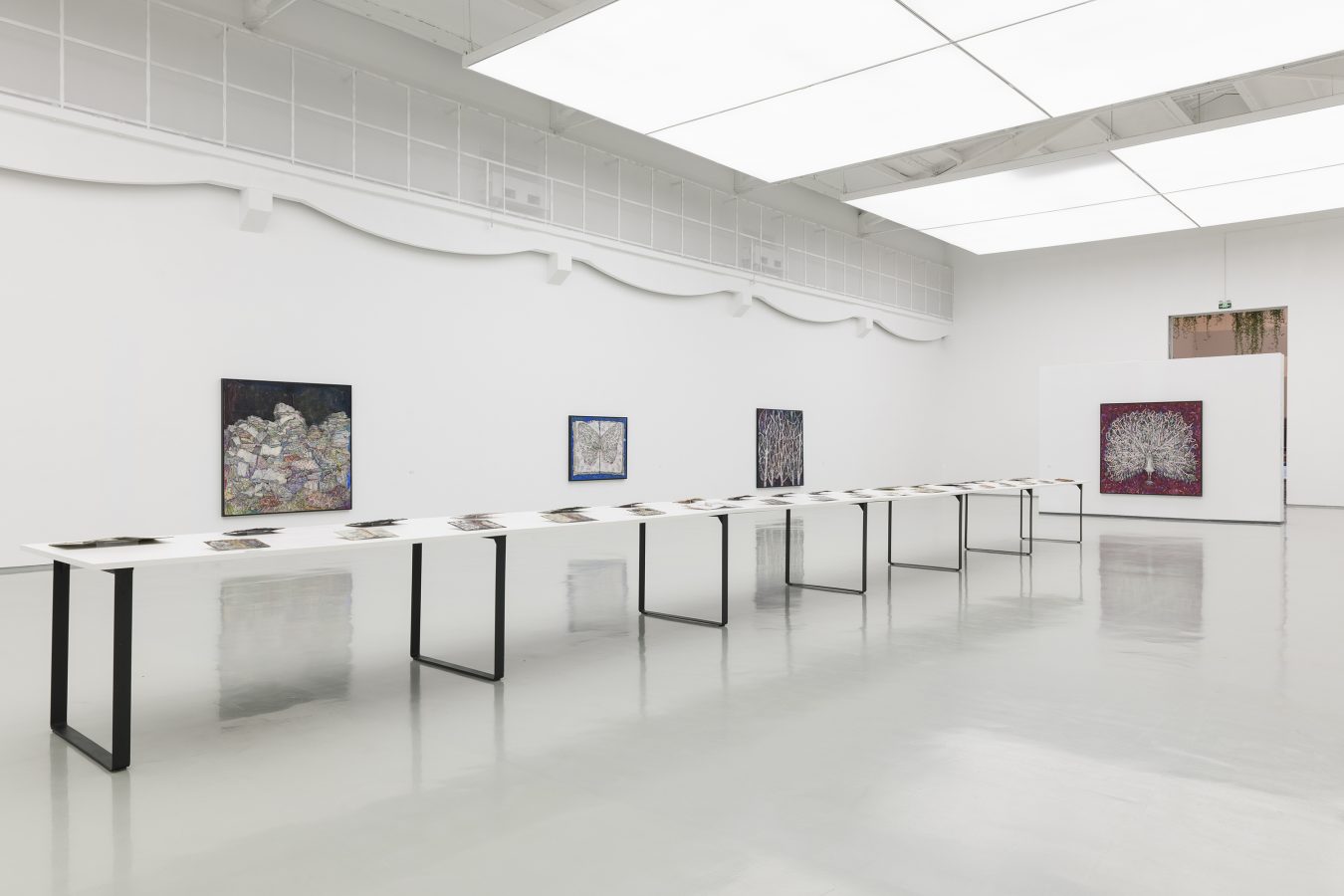 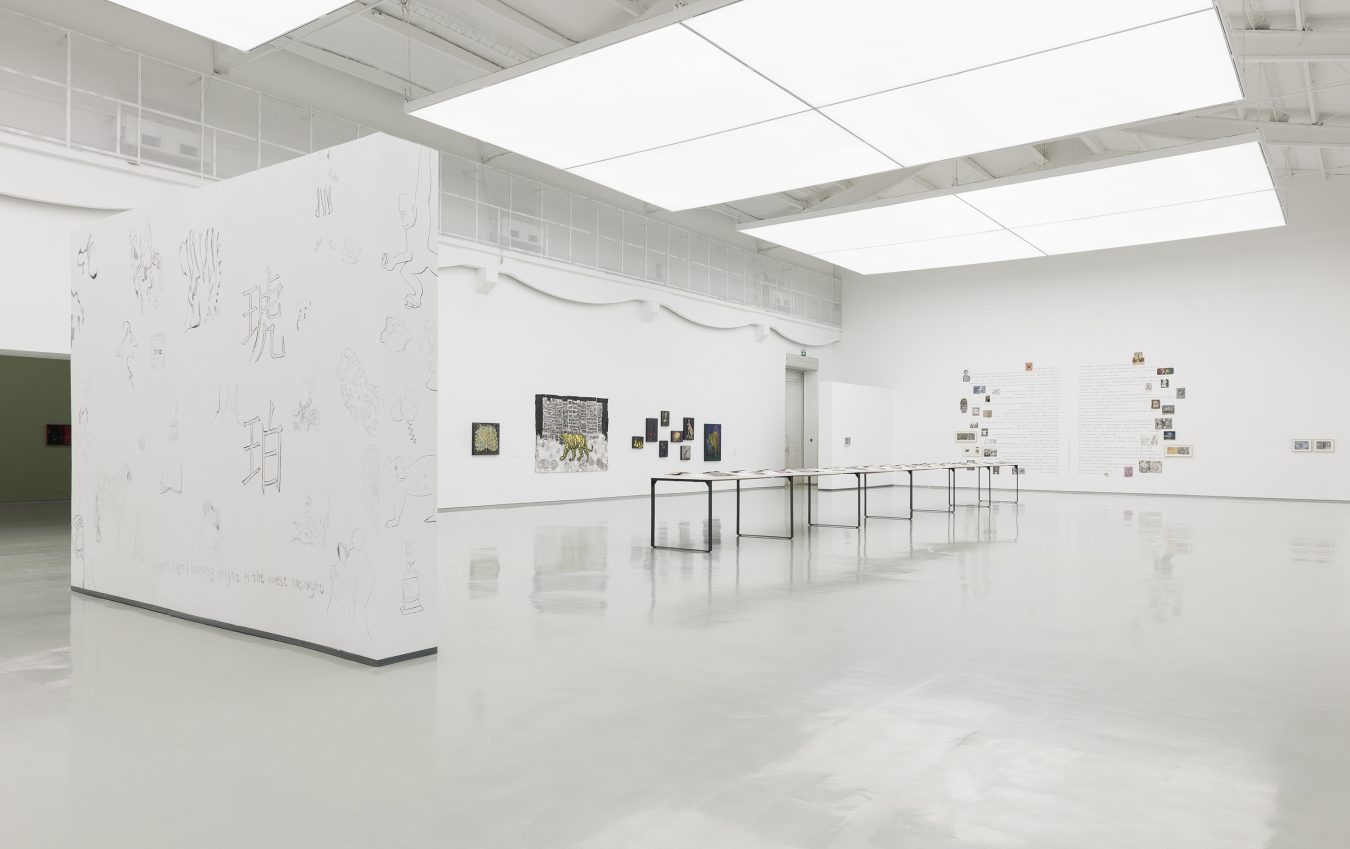 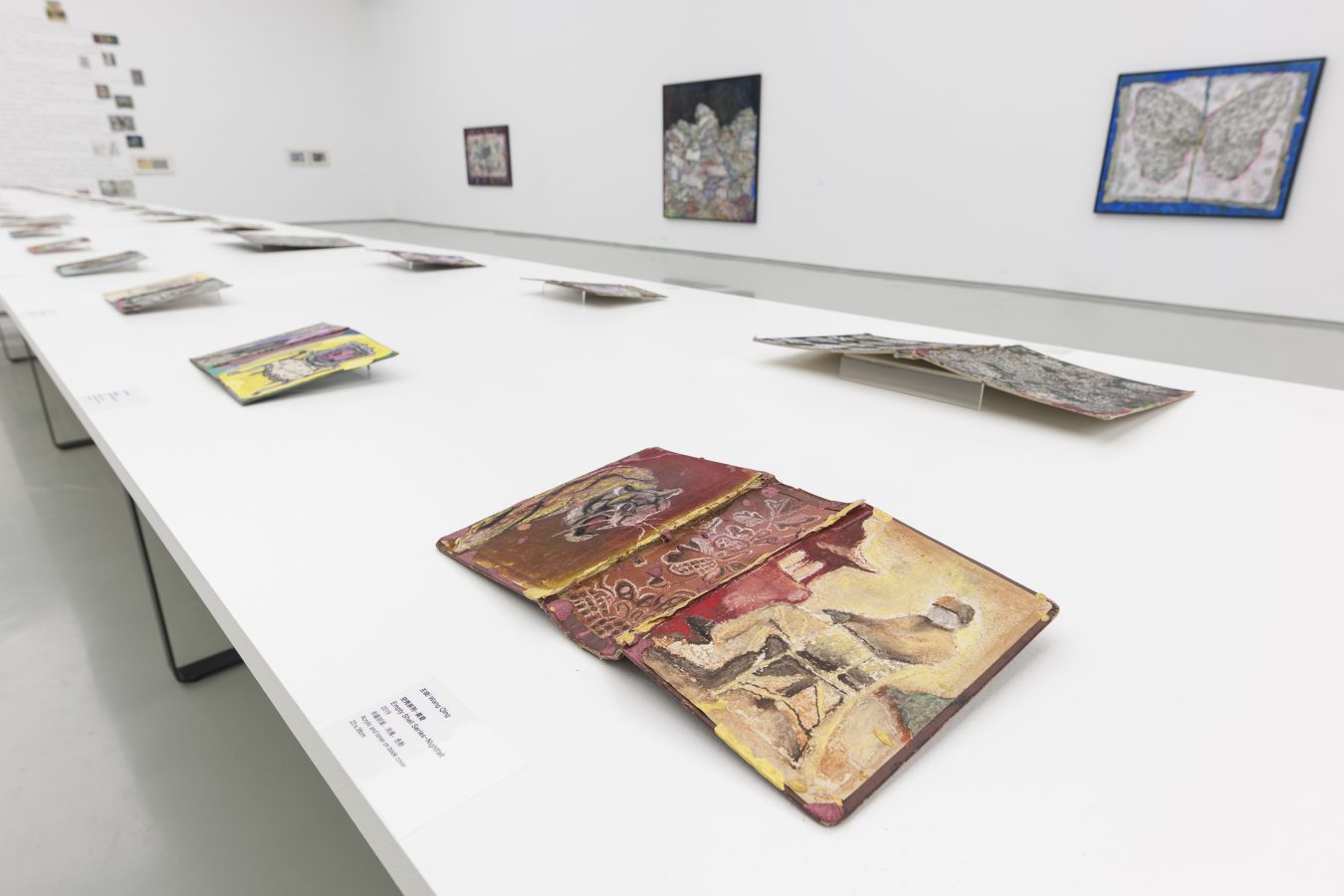 Hive Center for Contemporary Art (Beijing) is honored to pronounce that Reverie: Wang Qing Solo Exhibition will be presented at the main hall on Dec 14, 2019, which will show the recent works by Wang since 2017. Curated by Yu Fei, the exhibition will be on show till Feb. 21, 2020.

Wang Qing attempts, as he keeps saying, to give the world a “nickname”. Childish though it may sound, such an expression is actually posing a test for the centrifugal force of every creative mind in thinking, which is nurtured indispensably by intense curiosity, the aspiration to connect with the broader physical and spiritual universe and unrestrained fantasies, all ordinary traits that every child is born with. In real life, Wang Qing is a visual practitioner inspired by certain words. He would turn his fantasies and nightmares, including the indistinguishable cities and obscure faces and figures within, little by little into meticulously depicted pictorial fables in his art. Even in the current halftime of his journey of life and art, Wang Qing still surprises us with his new changes in the art which have been contributing to the wholeness and thoroughness of his work.

Taking a look at Wang Qing’s past repertoire, it is not hard to find that some time-tested images of his recur repeatedly over different spans of time. In recent years, his painting is dominated more and more bylines and patterns of planarity, which has replaced his previous habit of layering color to attain perspective in space. More noteworthy is that the images made up of the lines and patterns no longer depend merely on the brushwork. Actively and purposely, Wang Qing makes use of his affinity for the paper by means of cutting, dying, even rubbing and squeezing, and, at the end, of collage. The possibility of creation can be fully boosted once the depicted has nothing in real life to refer to and relies completely on imagination and subconscious. Every work of Wang Qing is the fruit of its own history. Instead of developing at a stroke, every new form is built only on years of making art, like the formation of sedimentary rocks, which can be compared to polishing an artifact – the process of turning its dull look into a coquettish tone.

It would not be an overstatement to say that Wang Qing was brought up surrounded by books. Thanks to his father, however, Wang Qing got used to the company of books at a very young age, and now it’s been a lifelong habit for him, so perhaps a folio book is a more comfortable and familiar space for him to paint on than a canvas. Books can certainly expand the structure of one’s mind in content and inspire the creation of visual images. Also, the unique form and space of books have been shaping how Wang Qing looks at the world. Even, the paper of a book, as thin as cicada wings, can also be conveniently used as a painting medium. That’s why we can now see the small paintings by Wang Qing on the book covers and the drawing paper composed of some inside pages, just like the scribbles on the inside of textbooks one would make during school days. They can fill up the blanks left by rational thinking and help capture valuable potential inspirations.

In this exhibition, Wang Qing will be composing a long letter with his unique dream speech and painting to share his upsets, hesitations, and anxieties that punctuate his journey of art. As Wang Qing puts it, ignorance and helplessness are the normality of life, and he’s trying, in a most honest way, to present to the audience some slices of his life. This will be his approach to connecting with the world, and beneath it, we may be able to dig out millions of nicknames he’s given to the world.