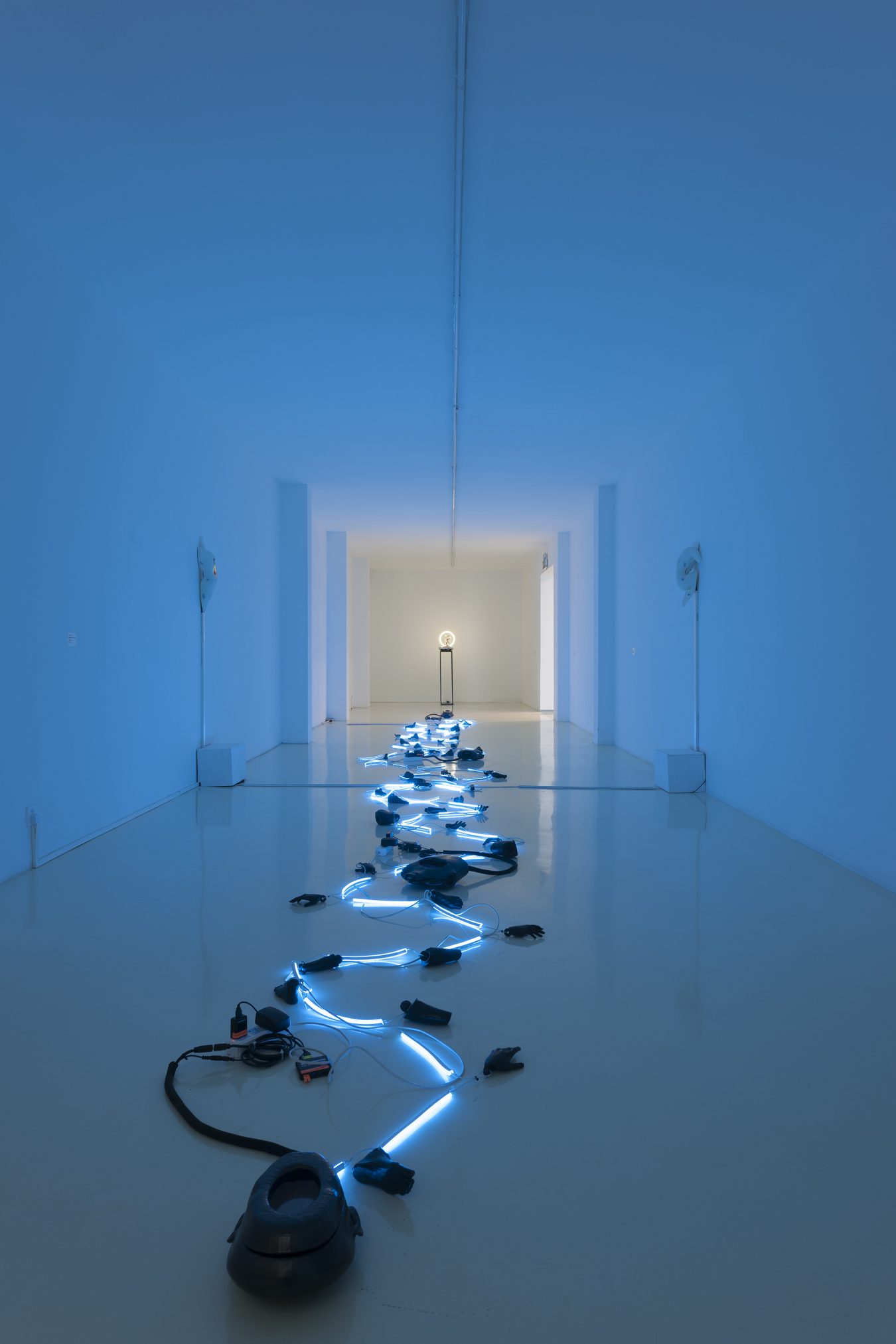 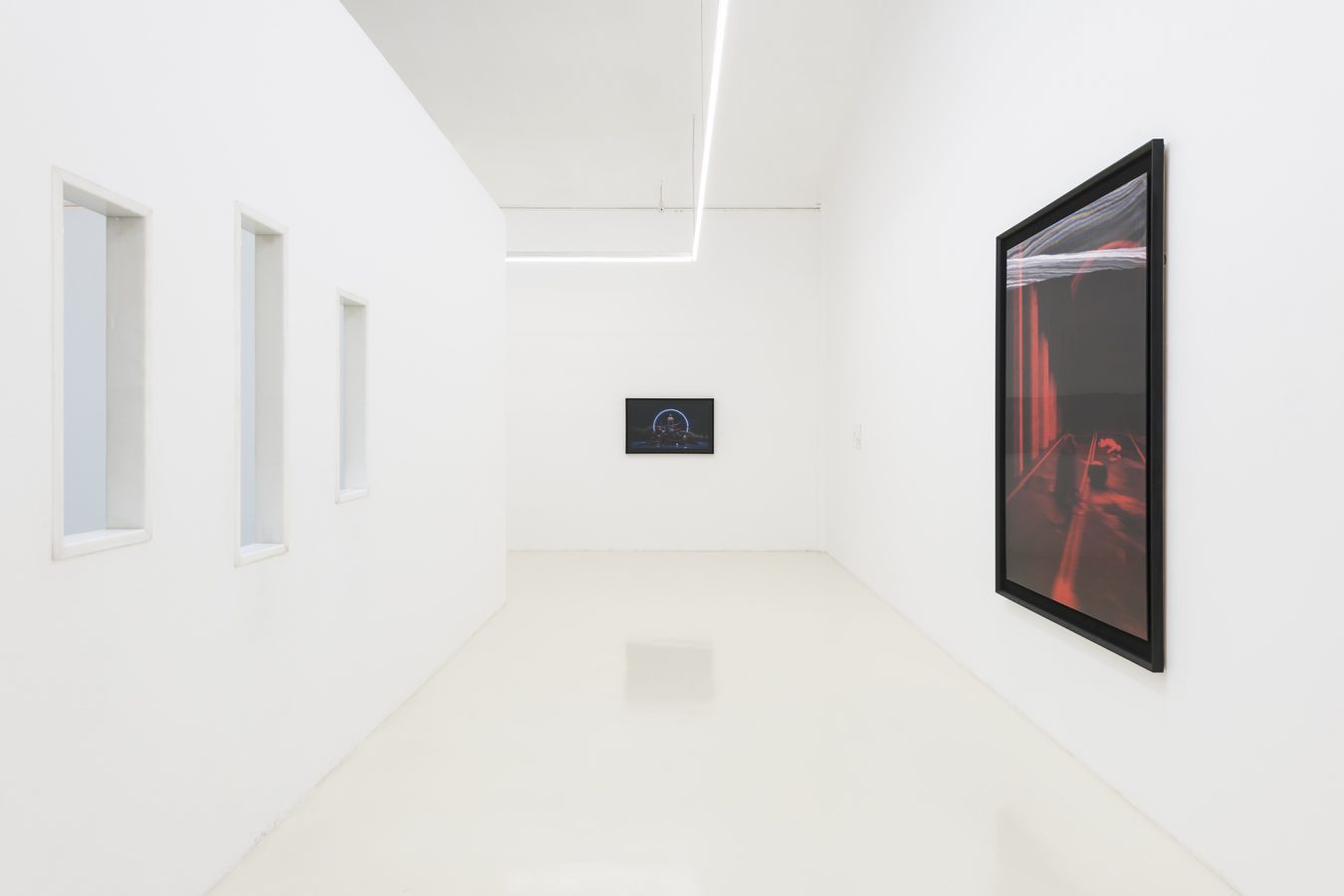 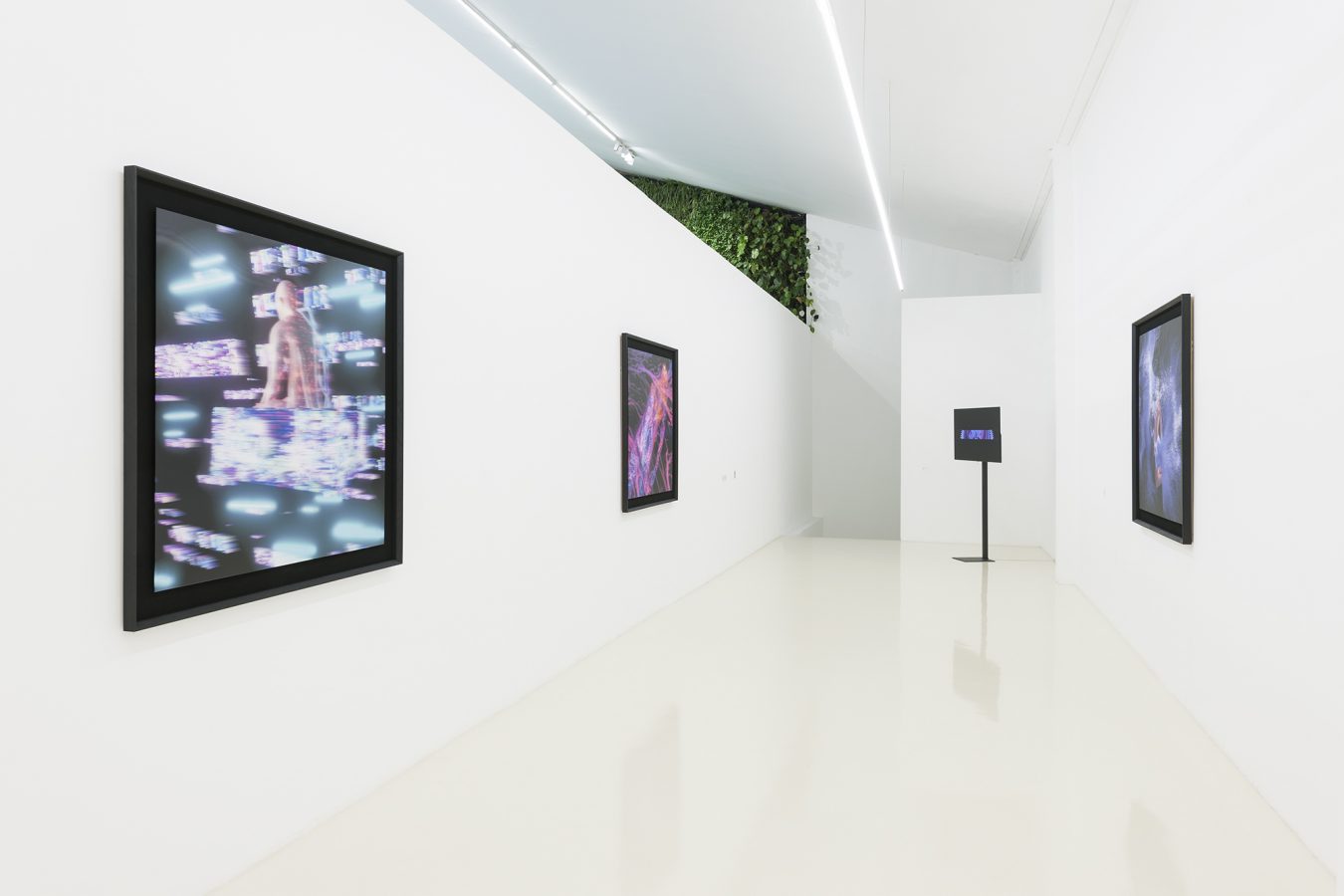 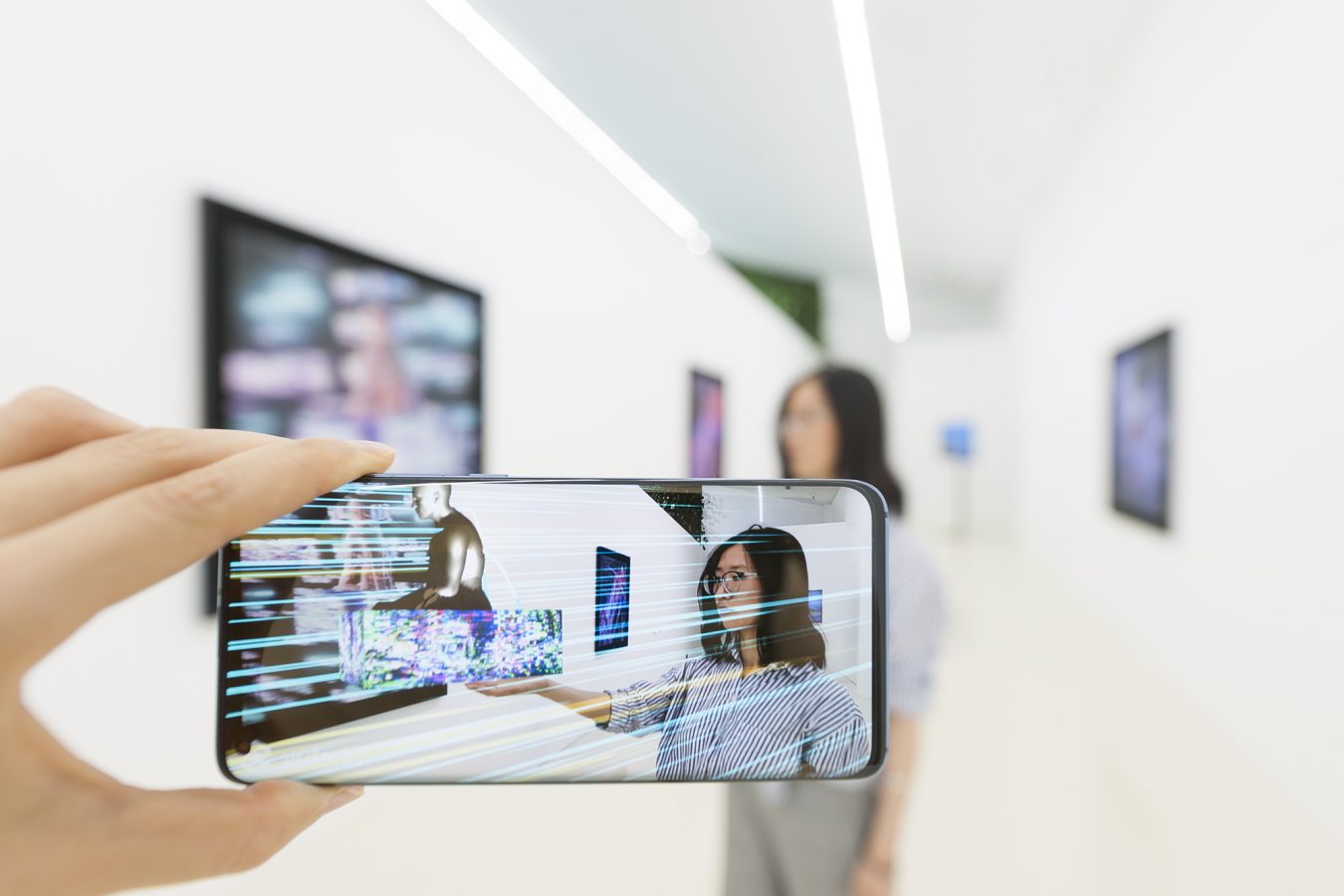 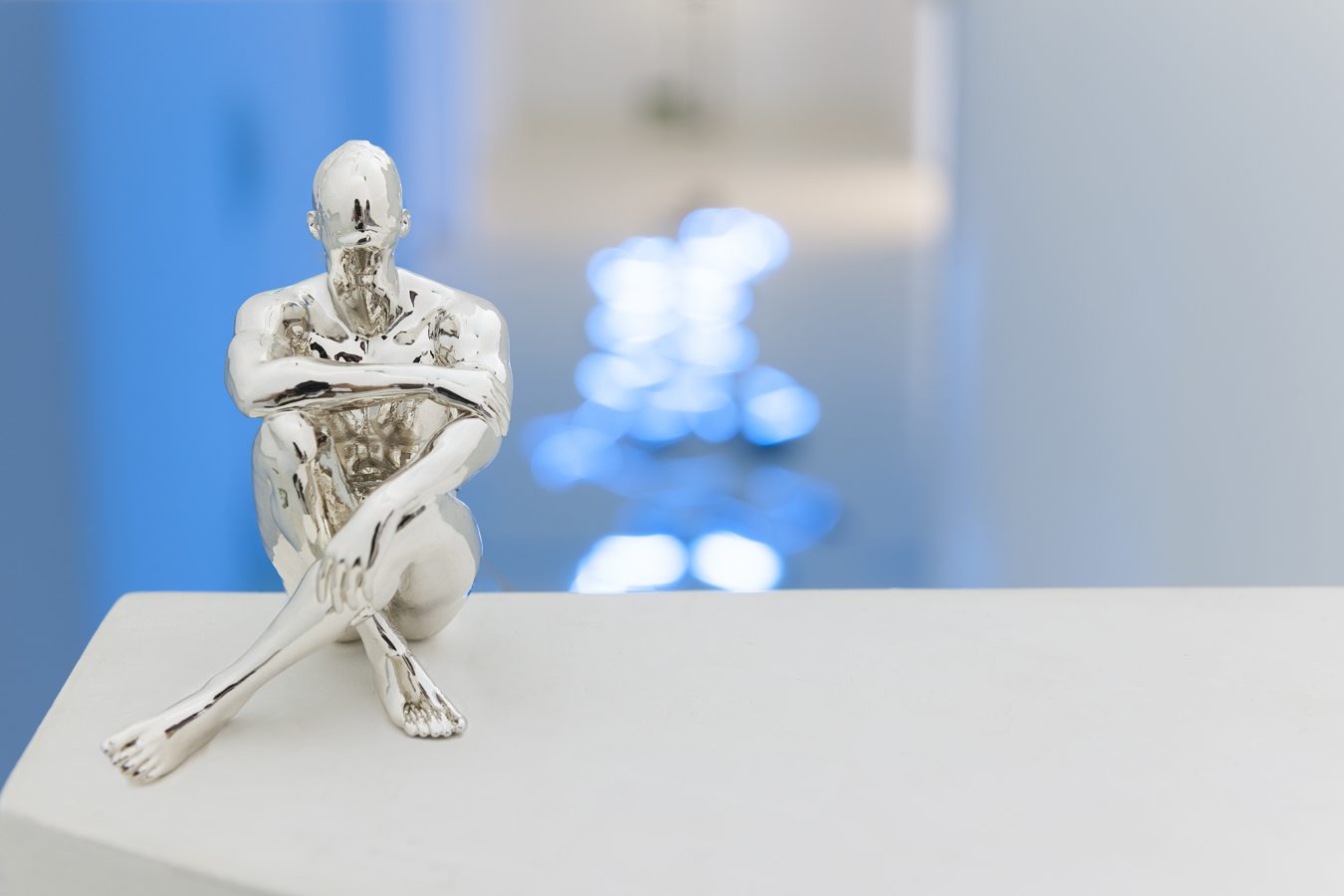 Hive Center for Contemporary Art is to launch Qian Honglin’s solo “Digital Remains” in Hall D and E on May 22nd, 2020. As a new-generation artist of new media, Qian Honglin, after graduating from the CAFA of Experimental Art in 2015, started his art practice based on the 3D modeling technology. This exhibition involves such mediums as raster, installation and video sculpture and revolves around the “mechanical body and memory”. Departing from the concept of “Digital Remains”, the artist presents a site of abandoned mechanical remains – the proof and products of the existence of human technology as if in a universe where digital technology has fallen. The exhibition is to last until July 8th.

Nowadays, it’s not rare to see science fiction or sci-fi movies about doomsday, and there have been quite a number of discussions on the mechanical body and memory. But, in fact, as a realist sees it, there’s still a long way to go before we can get to a universe like that. Such judgment is barely related to the current level and development rate of technology, and, when it comes to the future about science and technology, as in science fiction or sci-fi movies, the human-oriented basis is always a point to be taken into consideration. In spite of our various fantasies about the future, we seem to still be in a stage which features the emergence of big data and machines, and far away from the construction and large-scale implementation of mechanical autonomous systems. But we have to admit that our growth of knowledge about machinery in time will change our fear for machines and the ensuing fantasies about the future. Since the first sci-fi movie, there’s always been an entanglement of opinions in our discussions; nobody can steer clear of the humanist manacle whether we relate machinery with human ethics and morals or compare it with super-violence systems.

Qian Honglin, however, leads us directly into a post-machine era, a universe full of wrecks and with only some remaining fragmental messages about mankind. Not based on any humanist thinking, his works are of no profound practical significance. The God’s perspective simulated via 3D modeling allows Qian Honglin to play the Creator. By working on this ritual-like project every day, he is building his own version of the doomsday world brick by brick. An ideology is somehow constructed in Qian Honglin’s work once his ritual-like practice is interrelated with a sublime piece, which can not only influence the form of a work but is also significant for the artist’s construction of his personal mode of thinking. The sublime sense of a work is the product of historical achievements, and that’s the form of religion. When Qian Honglin manages to build a link between the two, it seems able to connect to the faraway future as well as to the faraway past. This is the way God thinks when creating something. We can also see similar approaches in Qian Honglin’s art: creating mechanical bodies as the Creator does, designing the cave as a way out is the story structure, and creating landmark events, like images based on the Judgment Day.

Qian Honglin is trying to build a world beyond darkness, or a hyperlink that connects the human mind to a future universe. It’s a way of befalling, an enlightenment of a new world posterior to what’s existing and foreseeable, and the construction of a redemption system parallel to practical religion. Hall D reveals the origin of the new world. The body remains and flowing data are the evidence of the existence of mankind, or we can call them fossils. Hall E presents a video and some raster images by Qian Honglin, hence the viewing experience between realness and twinkling fantasy. This is a section of the foreseeable world built by the artist. The advent of this Big Data Age, in a sense, has already given us a glimpse of such a world. Particularly these days when humankind has to step back because of this Covid-19 pandemic, our mechanical autonomous system has been put into use, and, although full autonomy is not yet available, we’re greeted with such a signal that the world based on programs and algorithms is not trustworthy. Memories about humanity are the proof of our existence, and, when big data are implemented on a large scale, the proof will be at the risk of being eliminated. We can view Qian Honglin’s work as a sign of the coming of such a moment.