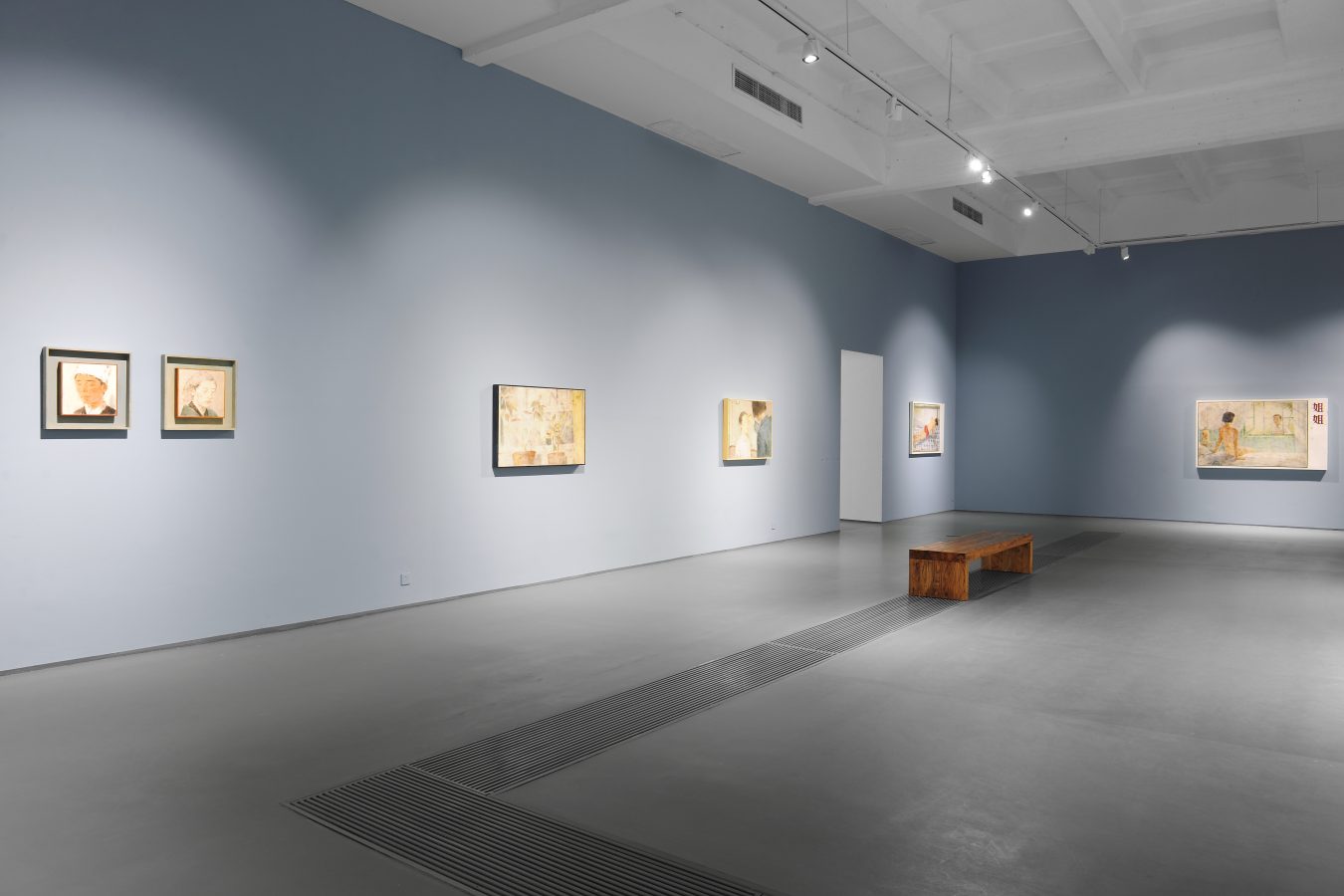 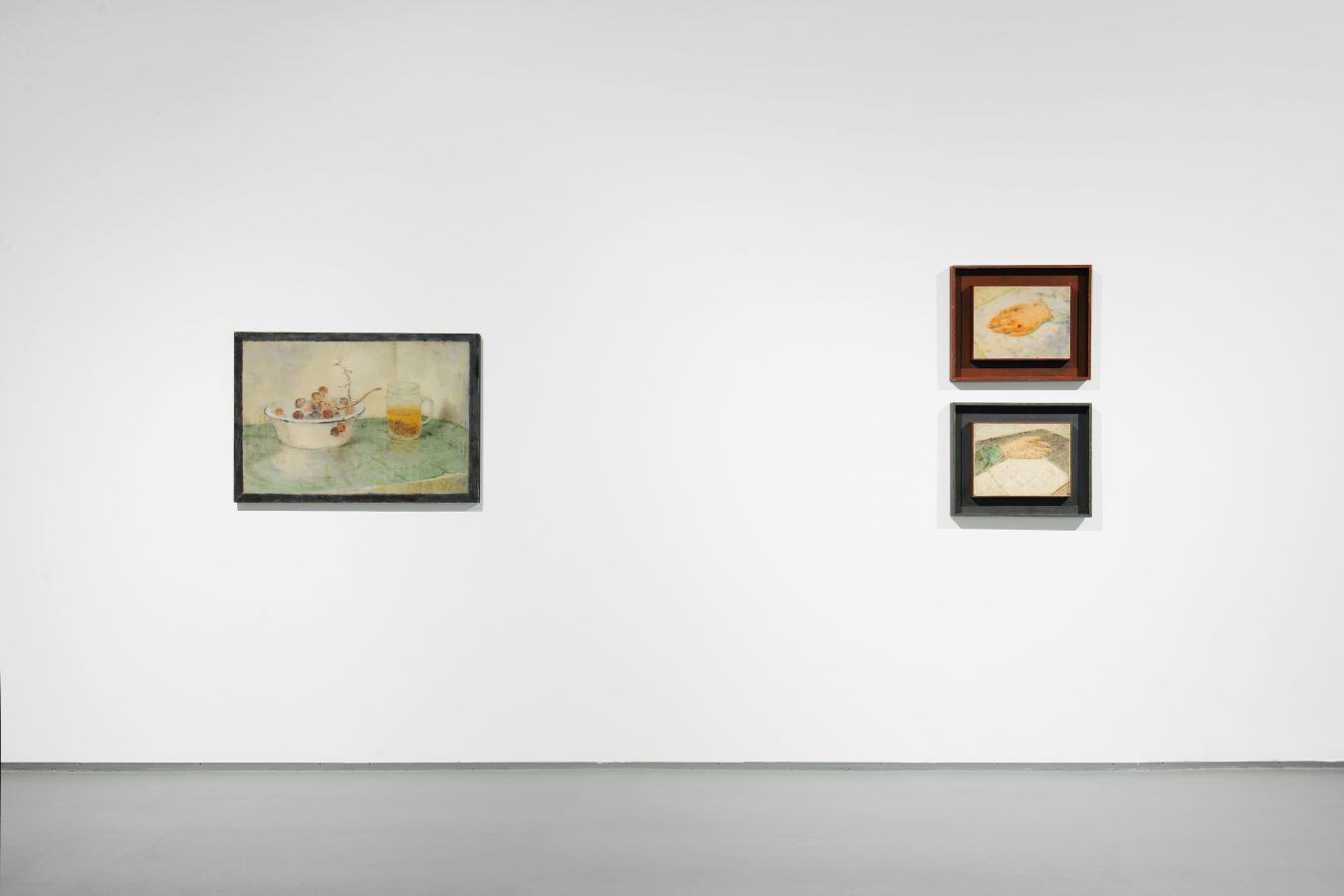 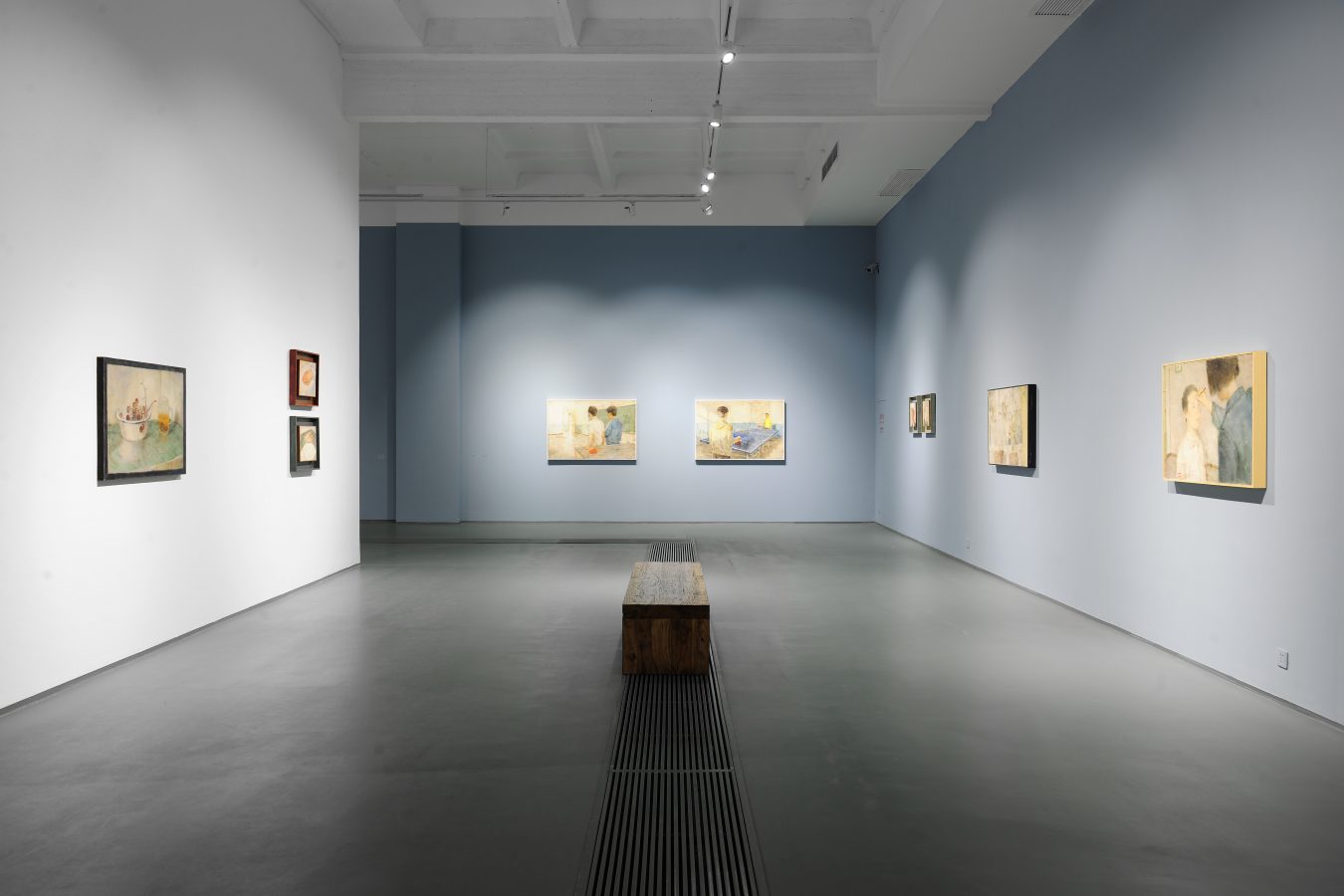 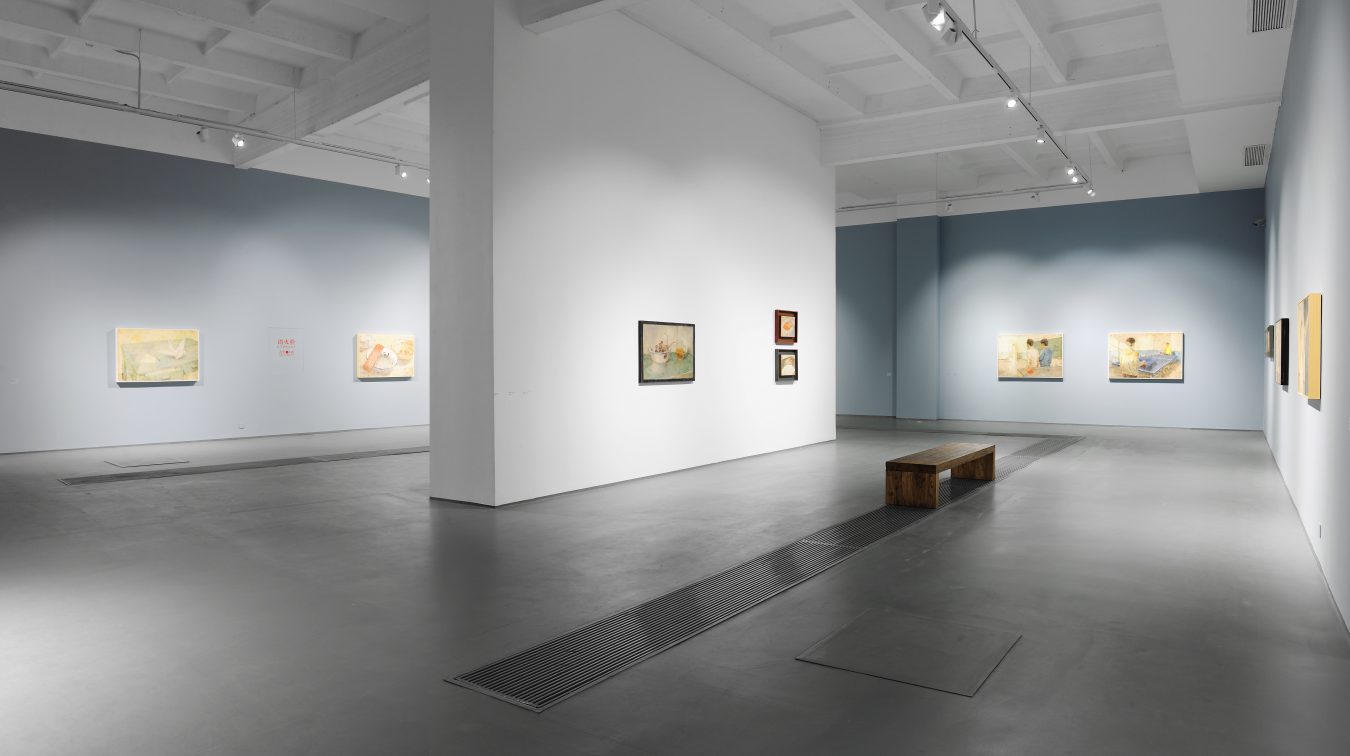 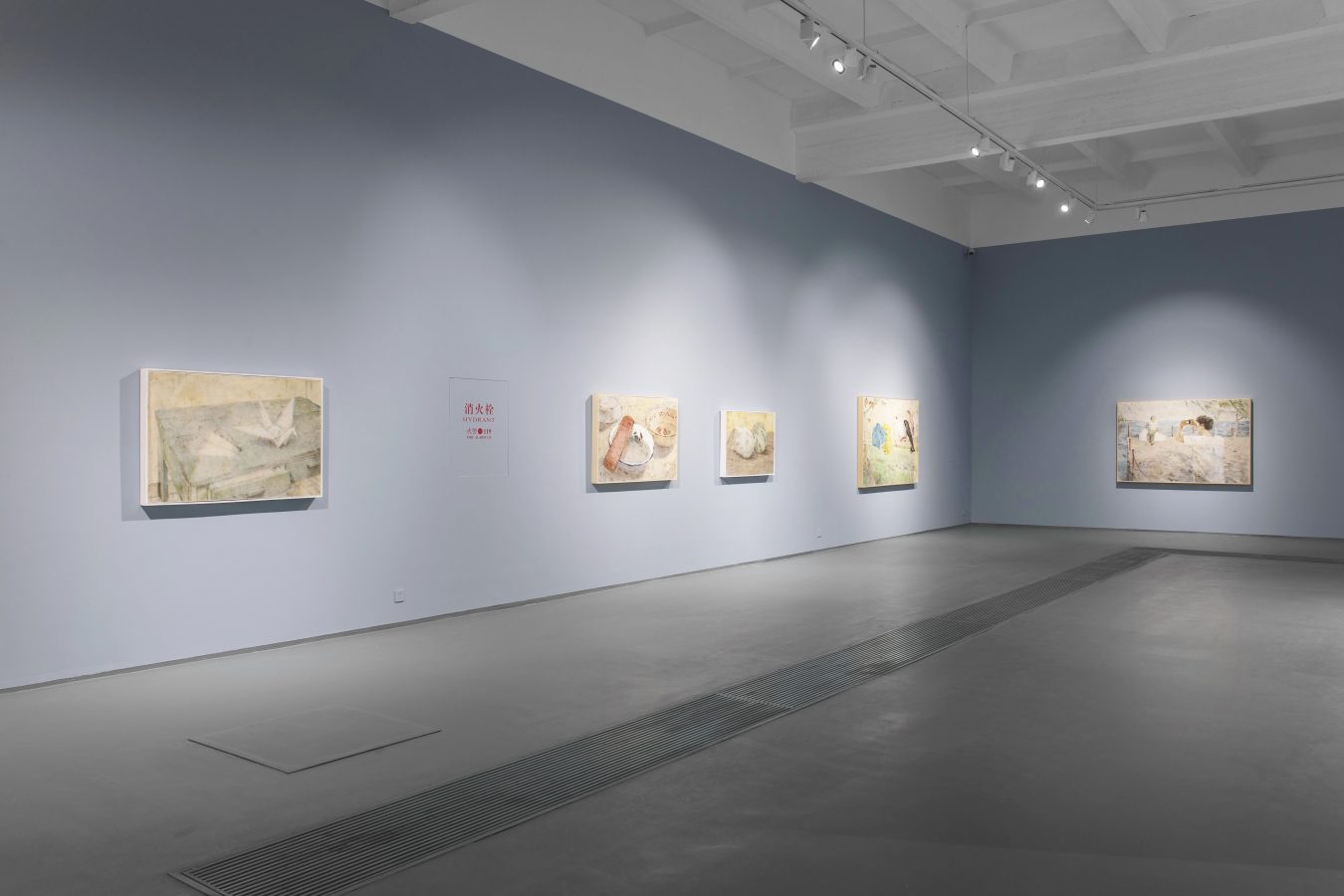 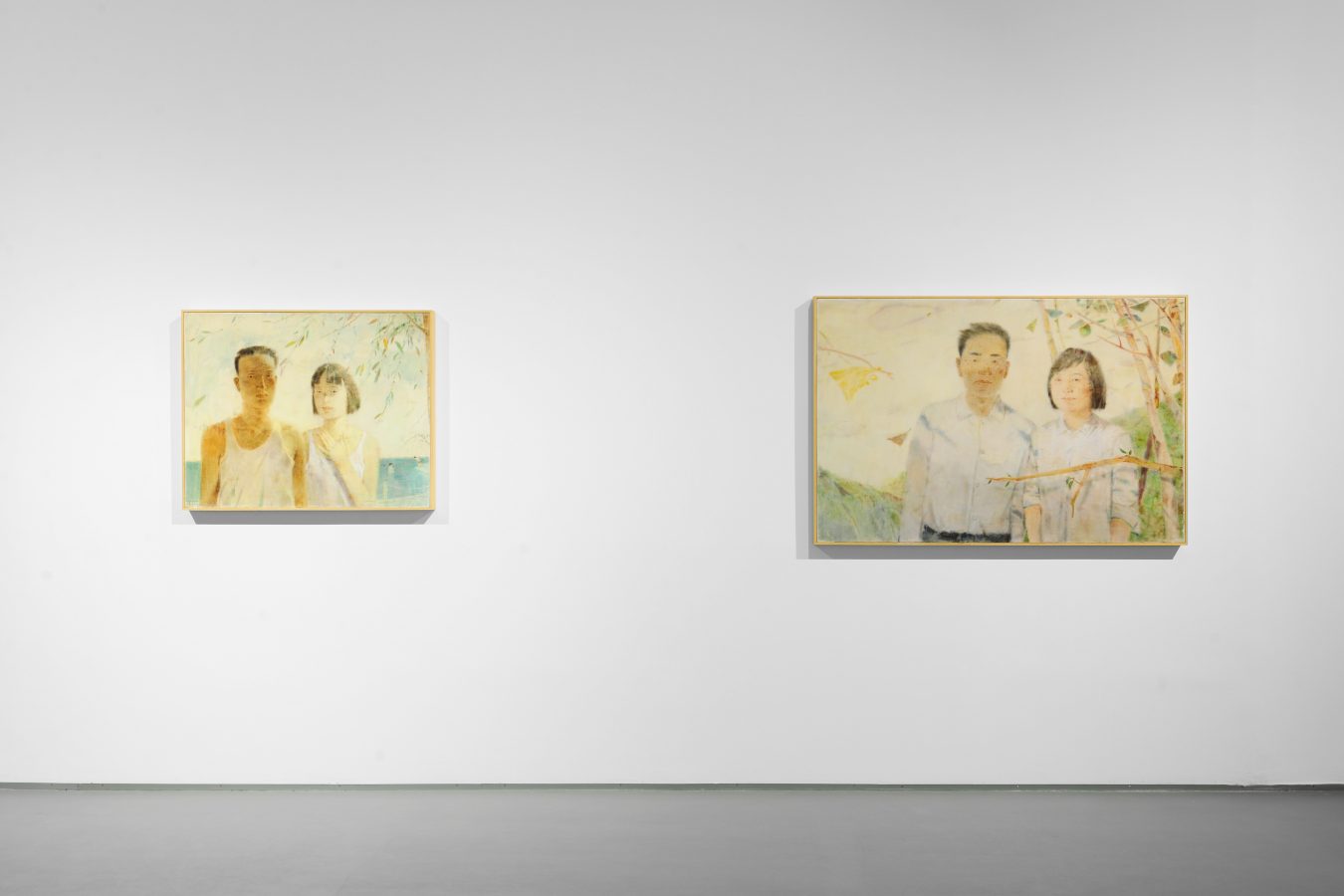 Xia Yu paints with tempera. Compare to oil painting, it is a medium that the brush is unable to create sharp edges, its capacity to cover is also weaker. It can only create a half-translucent effect through layering and a fuzzy surface texture. With this texture, Xia Yu invented a refreshing and pure painting language that is appropriate to his narrative that allows his expression to embody a friendly quality, concerning and tepid. The clothes on the clothes line swing in the wind, with Xia Yu’s high-spirited expression makes one sense the artist’s respect to the quotidian. It is rather easy to satirized or blame a time, and our criticality is often wrongly planted in the antagonism of reality, however Xia Yu would rather adopt a moderate attitude to gauge those familiar or even those life situations we have overlooked, just as what he has learned from his highly respected forefather, Feng Zikai.

In Xia Yu’s recent works, family has become the center of his narrative. Kinship is critical for the psychological construct of the Chinese, it is the warm cradle and sanctuary of an individual, as much as being the drive for family politics and social interactions (China in the past can be considered as a kinship society, and to a certain extent, such social formation still exist in certain third tier cities and the countryside).

Among Xia Yu’s narrative paintings, there are also those pure and tranquil pieces, where the depictions of the imagery are muted objects without any attribute of time or theatricality. For example, the prosaic bonsai or the silent corner of the flower bed, these ordinary objects are veiled with a layer of unique gentleness under Xia Yu’s brushes – we could almost pry on certain inklings – Xia Yu wishes his paintings to depart from the narrative content and shifts to forging more pure and sophisticated painting language – even though they do not tell a Chinese story, but one may still sense its accent in his visual language.

“New Youth” suggests an aspiration and an impulse to accomplish. In his paintings, Xia Yu has expressed an understanding on “newness”, that the pursuit of the new does not imply making a non-deliberate rupture with the old, but to establish a proper relationship with the past. By appropriating the “new”, Xia Yu has expressed a kind of reservation, and being reserved can also become a radical attitude – who dares to reject drifting along in one’s cultural life.