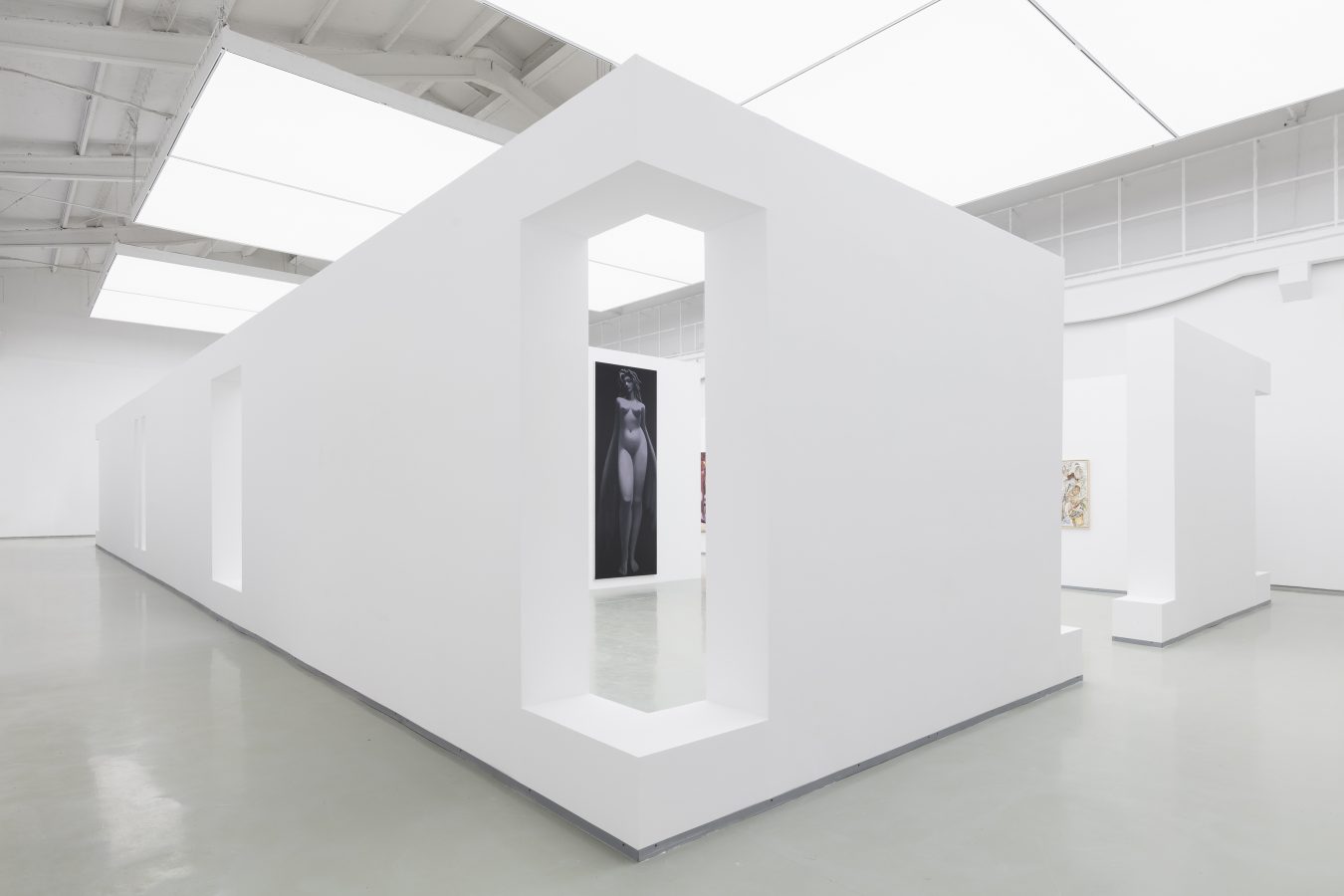 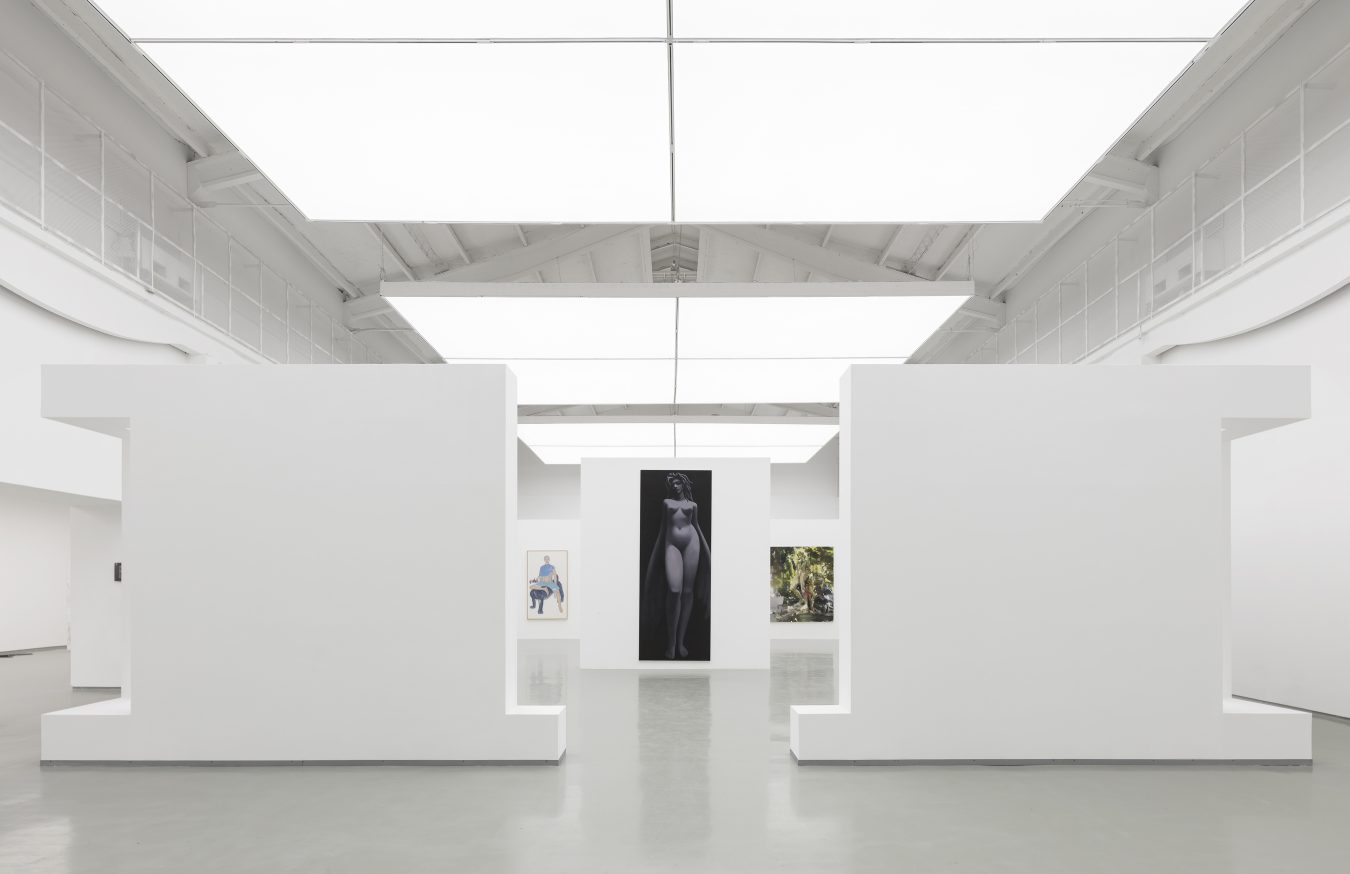 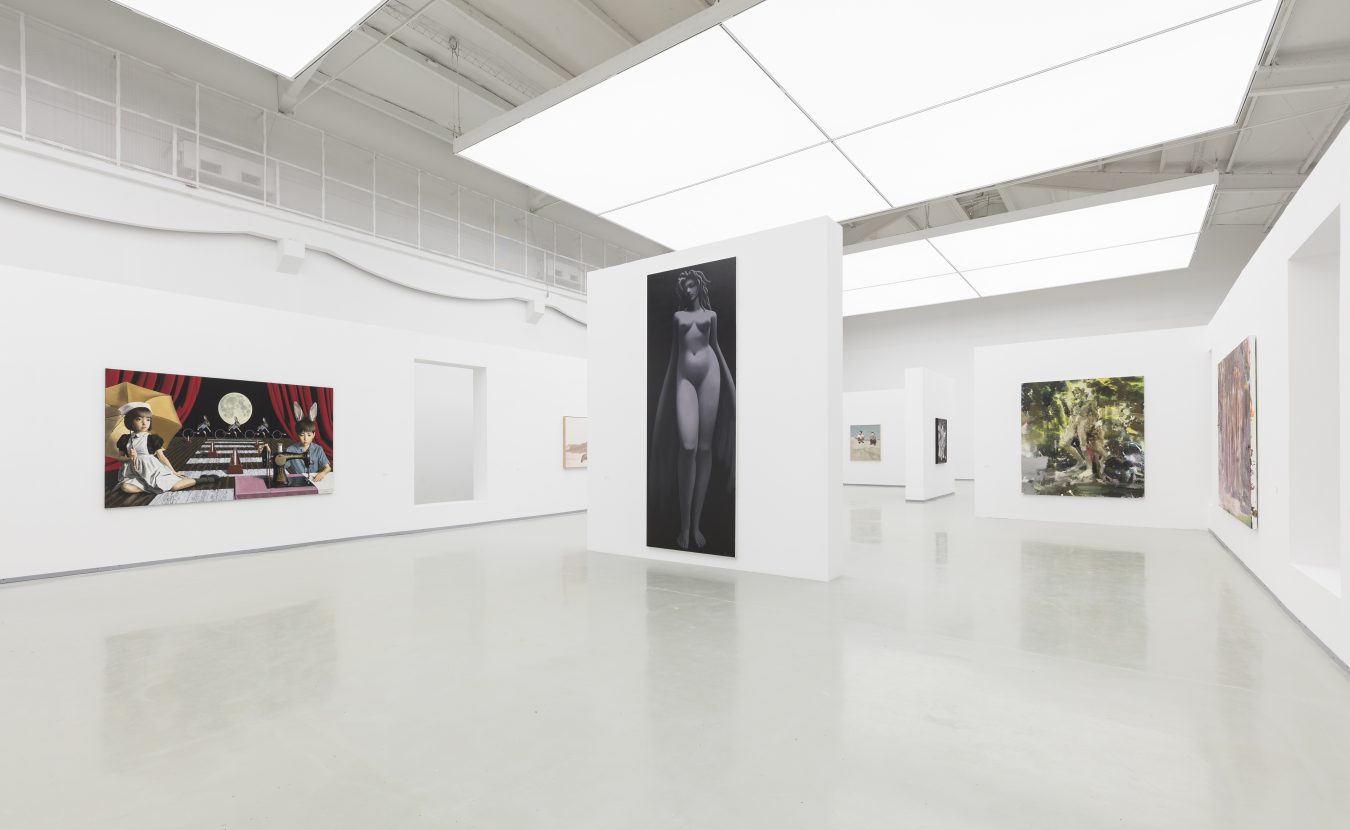 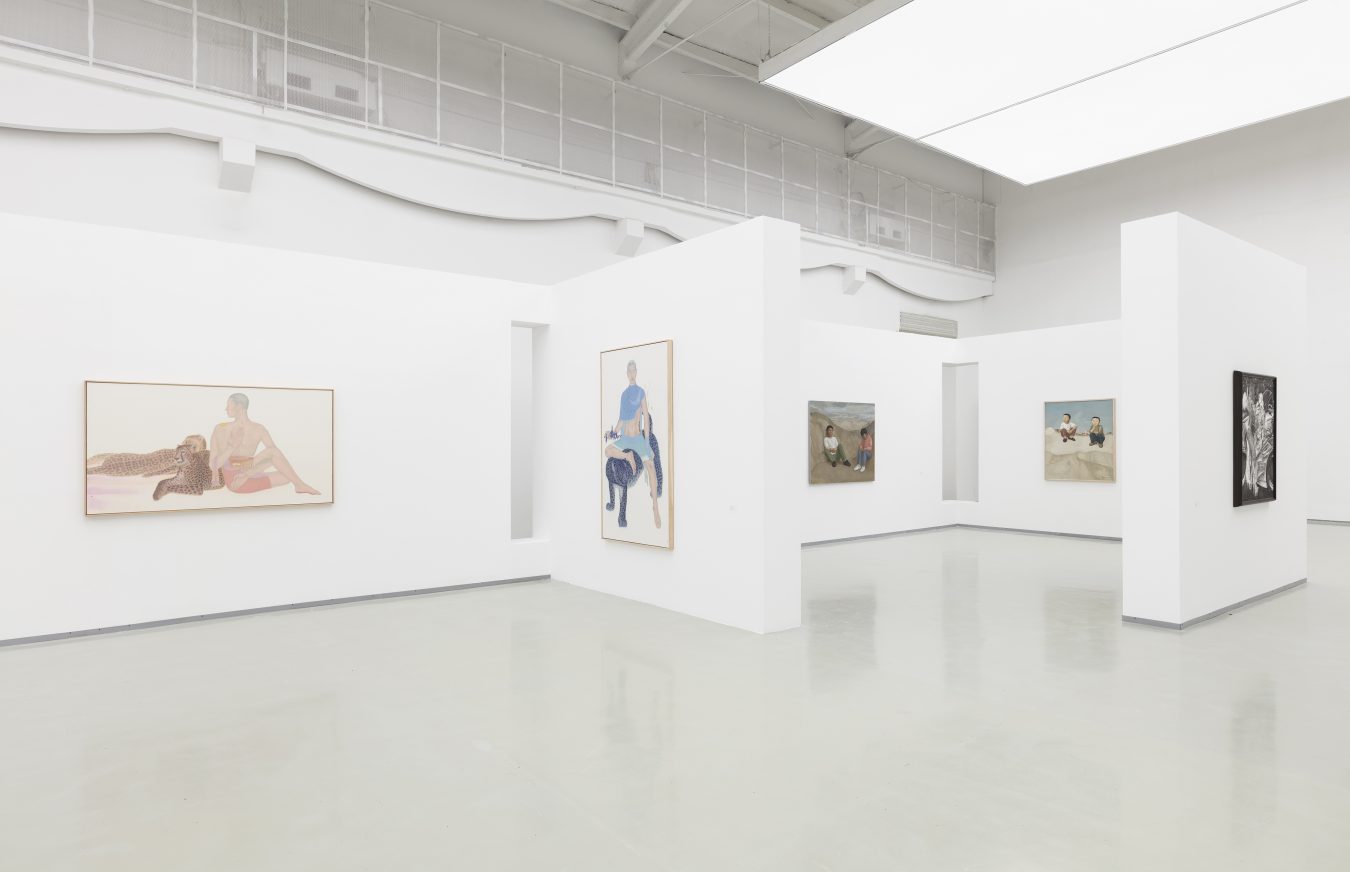 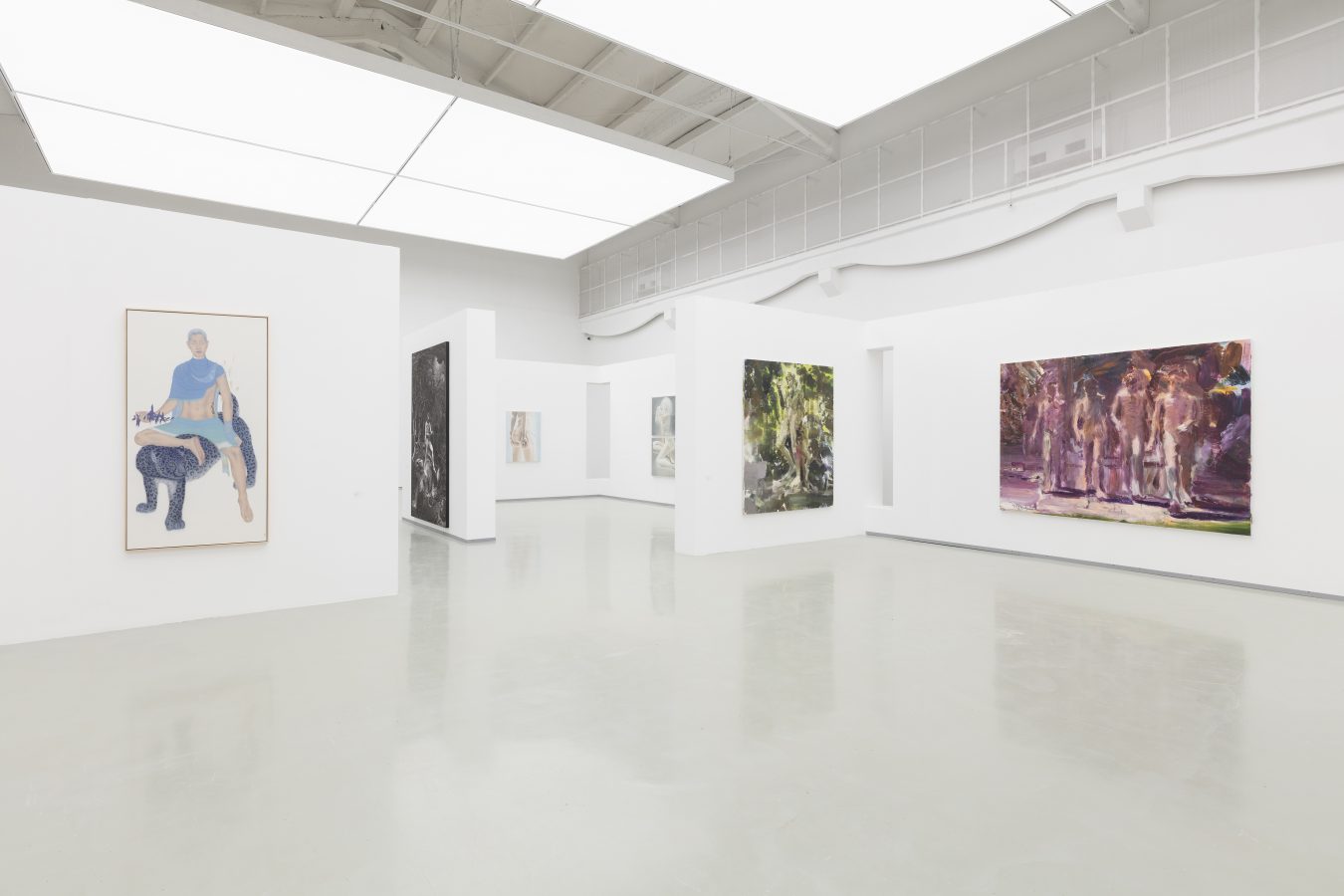 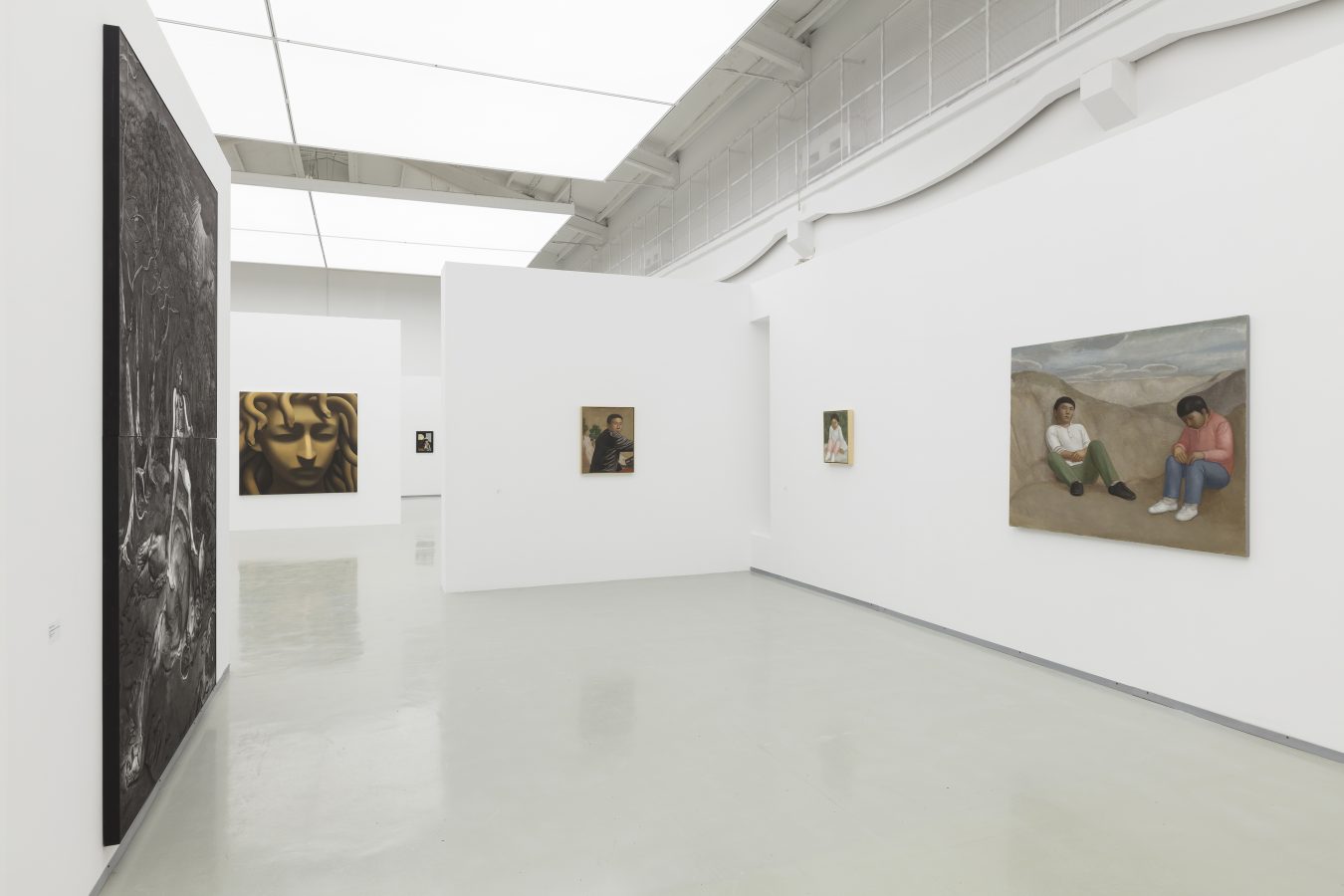 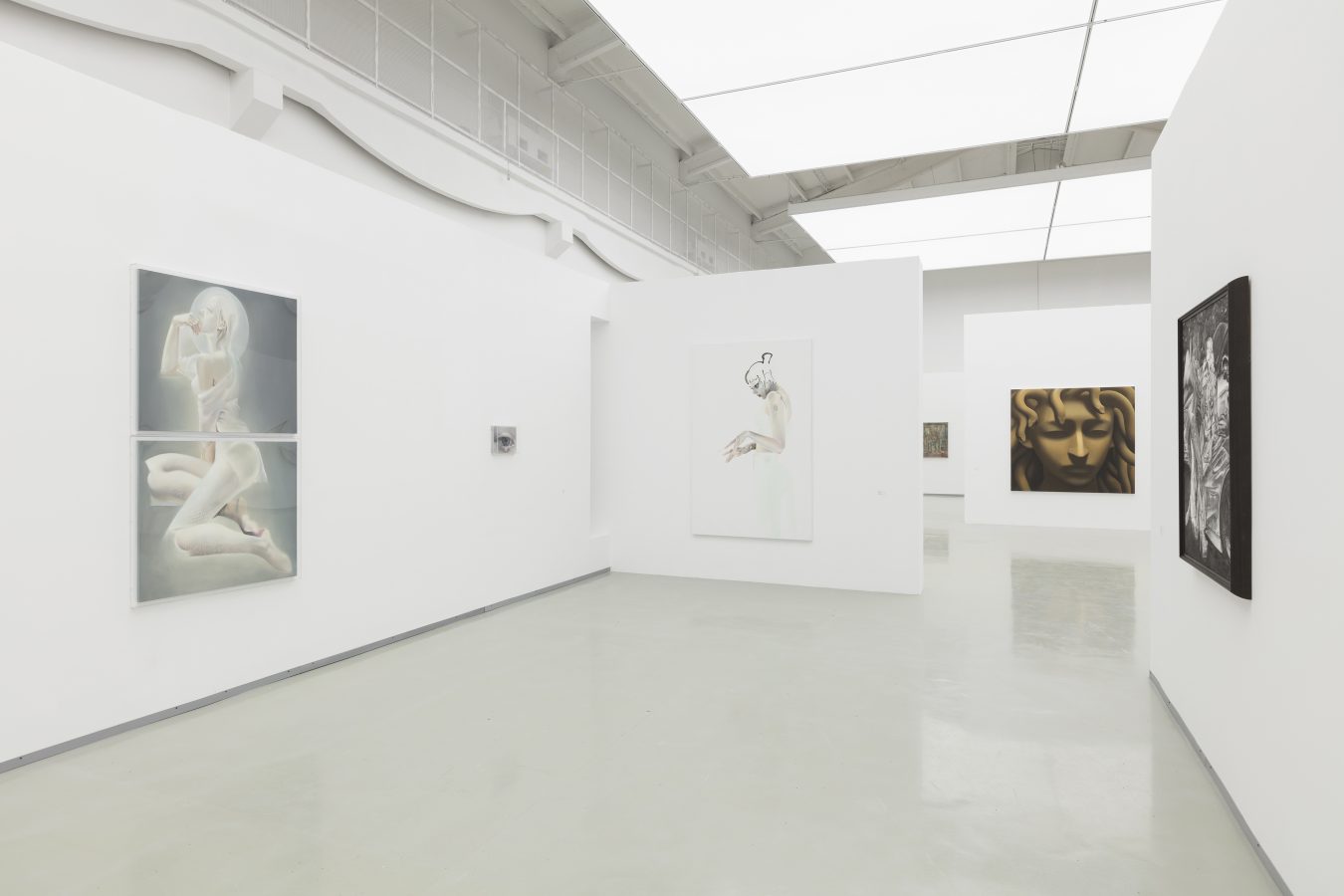 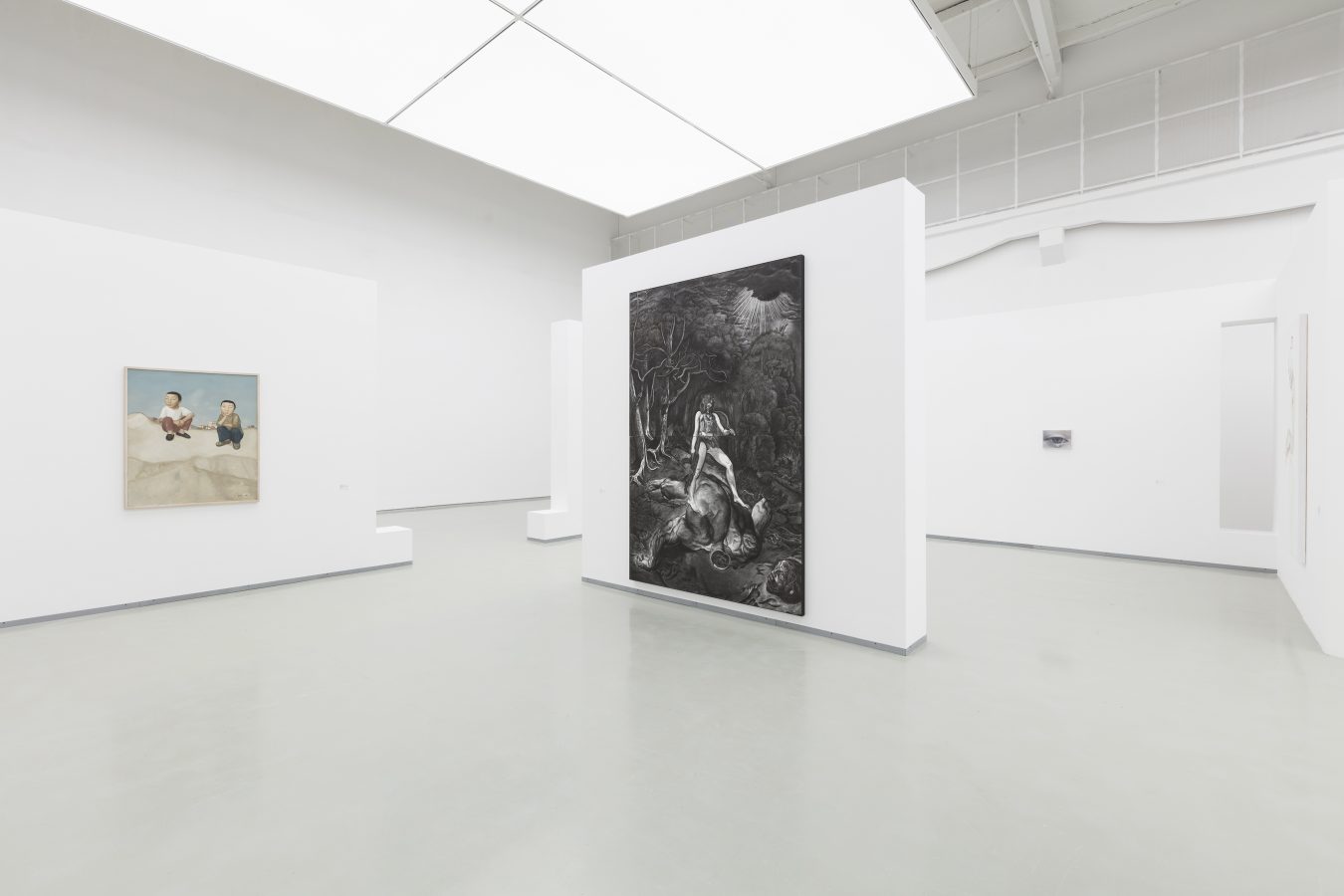 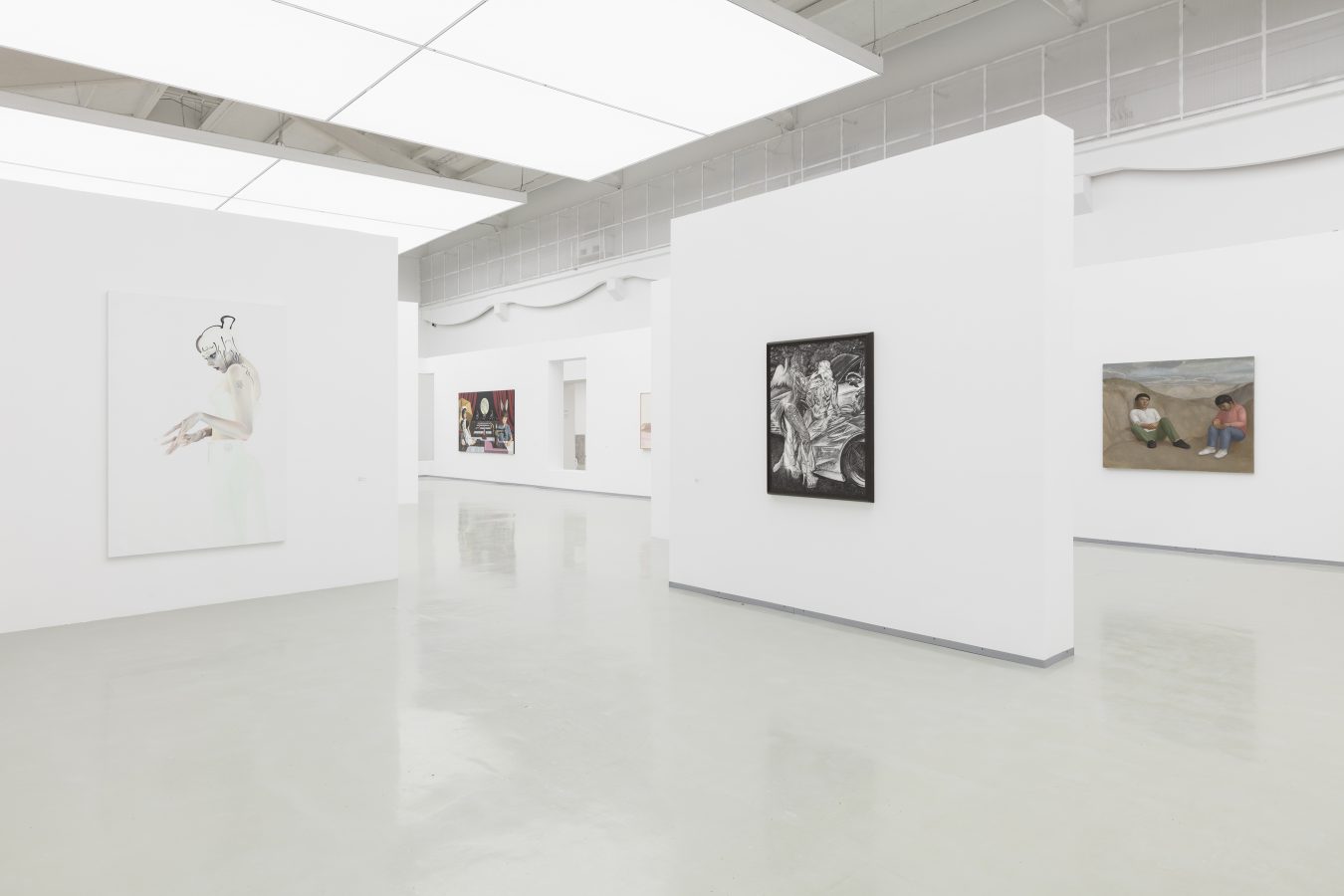 Encounter at a Crossing
Masaru Shichinohe 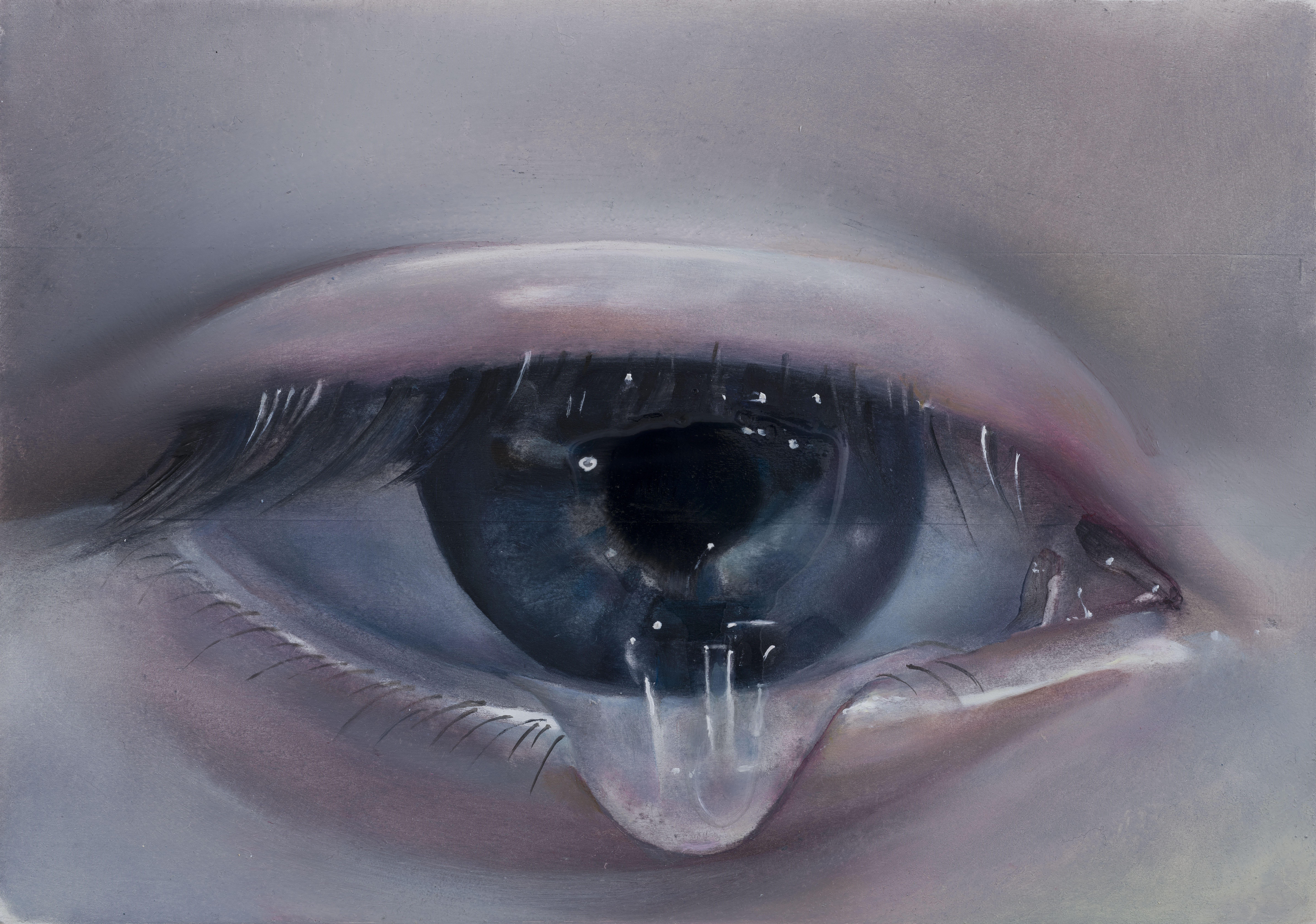 Tears of Seamaid-Tide of the moon
Song Kun

Hive Center for Contemporary Art is pleased to present its first group exhibition of the year, “Myth of Figures,” from March 19 to May 4, 2022, in exhibition hall A. Curated by Yu Fei, this show features eight artists who focus on figurative painting, including Duan Jianwei, Gong Chenyu, Masaru Shichinohe, Ren Xiaolin, Song Kun, Tan Yongqing, Wei Jia, and Zhu Zhengming. This exhibition collocates different densities of brushstrokes and textures, collectively observing how they evoke the subjects of their work that reside in various contexts of spacetime.

Since the human figure’s prehistoric transformation in rock art, the history of painting has witnessed its absolute protagonist. The way that the human figure is portrayed is shattered, overturned, reinvented, consolidated, and continually repeated through navigating in the extensive and manifold periods of history. The artists are always able to initiate new subjects at themselves and the viewer in the creative production of figurative painting. As painting separates itself from the purpose of serving for replication and realism, the introduction of fiction makes it intriguing. Figurative painting had been marginalized with its prolonged history and a certain identity that symbolizes tradition, and yet once again been brought back to the center of the stage. In this tug-of-war process, the obsession with the figures has seemingly become a psychological mechanism that is both taken for granted and indescribable. Leon Battista Alberti, a Renaissance humanist, once proposed an original and enlightening view: “The inventor of painting was Narcissus, who was turned into a flower.” Alberti undoubtedly regarded the self-reflection in the pool of water, in which the beautiful youth Narcissus of Greek mythology dwelt, as the starting point of self-portrait and even portrait. In the contemporary context, Narcissus seems to have played the dual identity of the creator and the viewer, while the intoxication and ecstasy of the figure are shared by both.

The birth of a figure is never fabricated out of thin air but emerges from the medium of matter in which emotions are invested. One might even say that everything the artist does with their work revolves around the matter. Apart from the blank canvas that holds the unknown of what is to come, paint is undoubtedly the prepotent essence of painting. American art historian James Elkins was so convinced that he compared painting and alchemy at opposite ends of a scale. He claimed that matter “condenses into a figure of itself. The painter’s face becomes a portrait of the matter that fills their mind.” For some figures, they need to appear in the context of the narrative and direct at the archetype in parody. These archetypes are concealed in the chapters of art history, and what the artist often does is diving into the depths of distant texts based on their models in reality. Sometimes, the presence of a figure concerns more than just itself but serves as a perceptive channel in reaching a moment in time or in entering a piece of time in a stream of consciousness. A figurative painter, Balthus had created countless figures, fascinated and often misinterpreted throughout his life. In his memoir in later years, he remarked: “To paint is not to represent, but to penetrate, to go to the heart of the secret.” Such an understanding can only be achieved through constant practice of figuration.

Painting always wrestles with words and thus has always contained the enigma of a black box as a creative approach. It is only when the figures are candid with each other that the enclosed channels of dialogue are gradually revealed. These eight artists have each shaped distinctive figure in their respective fields of painting and have contrived unique characterization to a certain extent. Through figures, their intertwined and overlapping aesthetic pursuits and knowledge systems are thus disclosed.