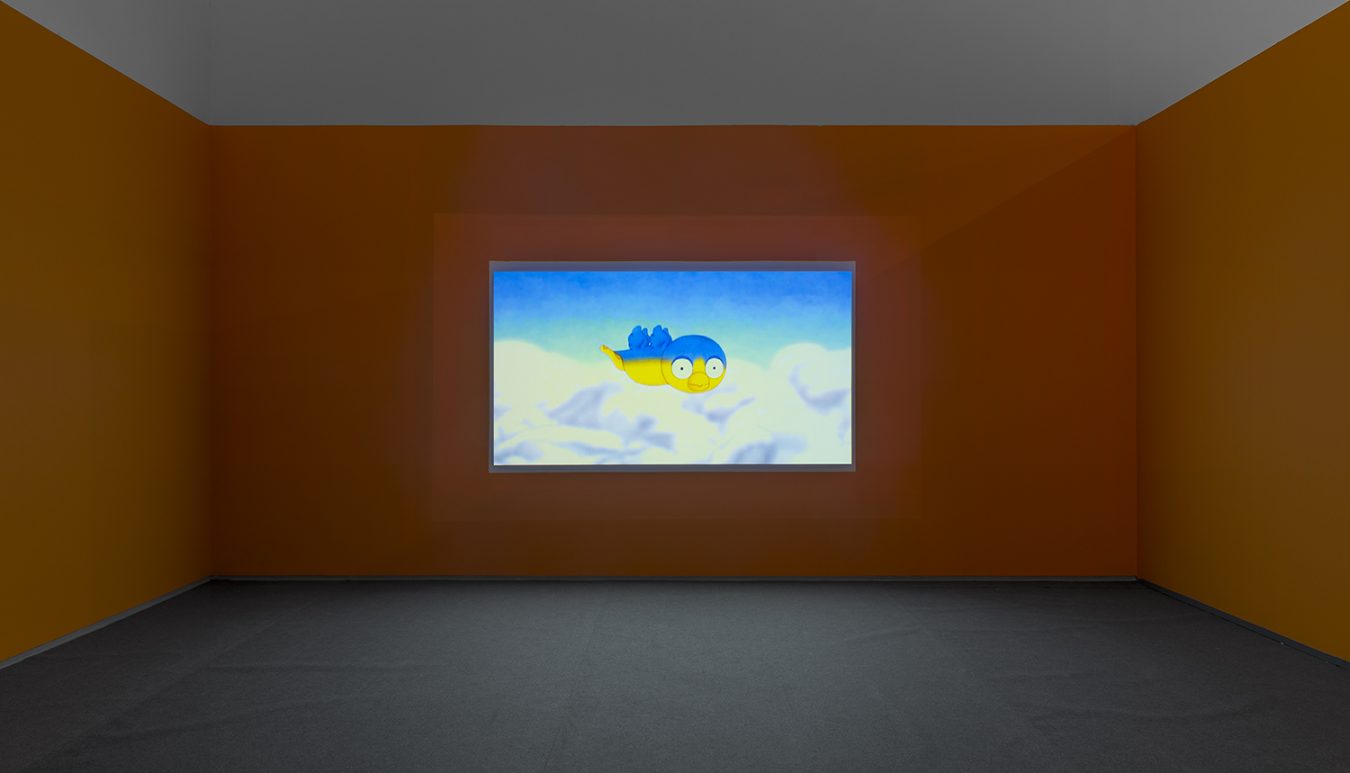 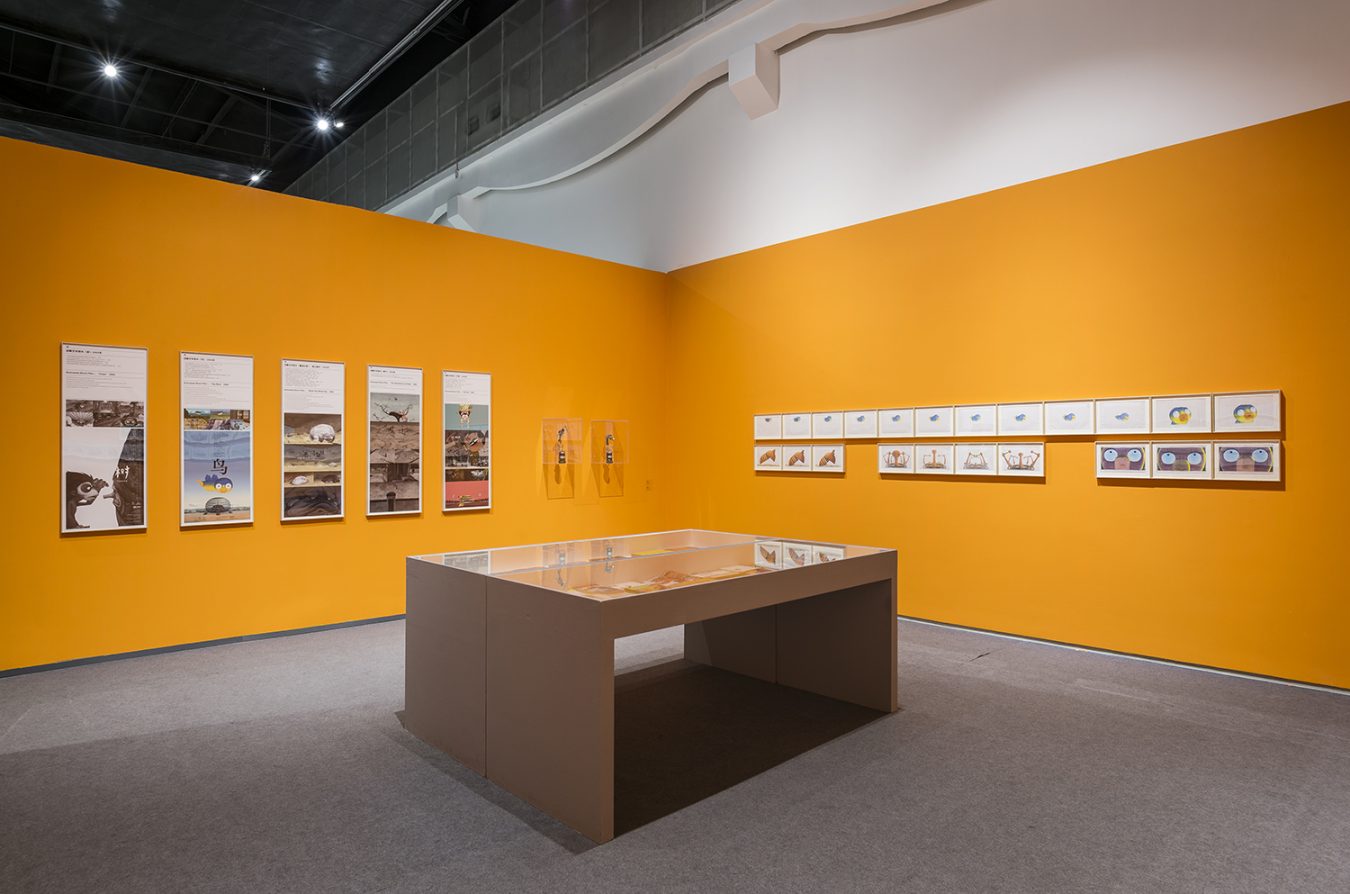 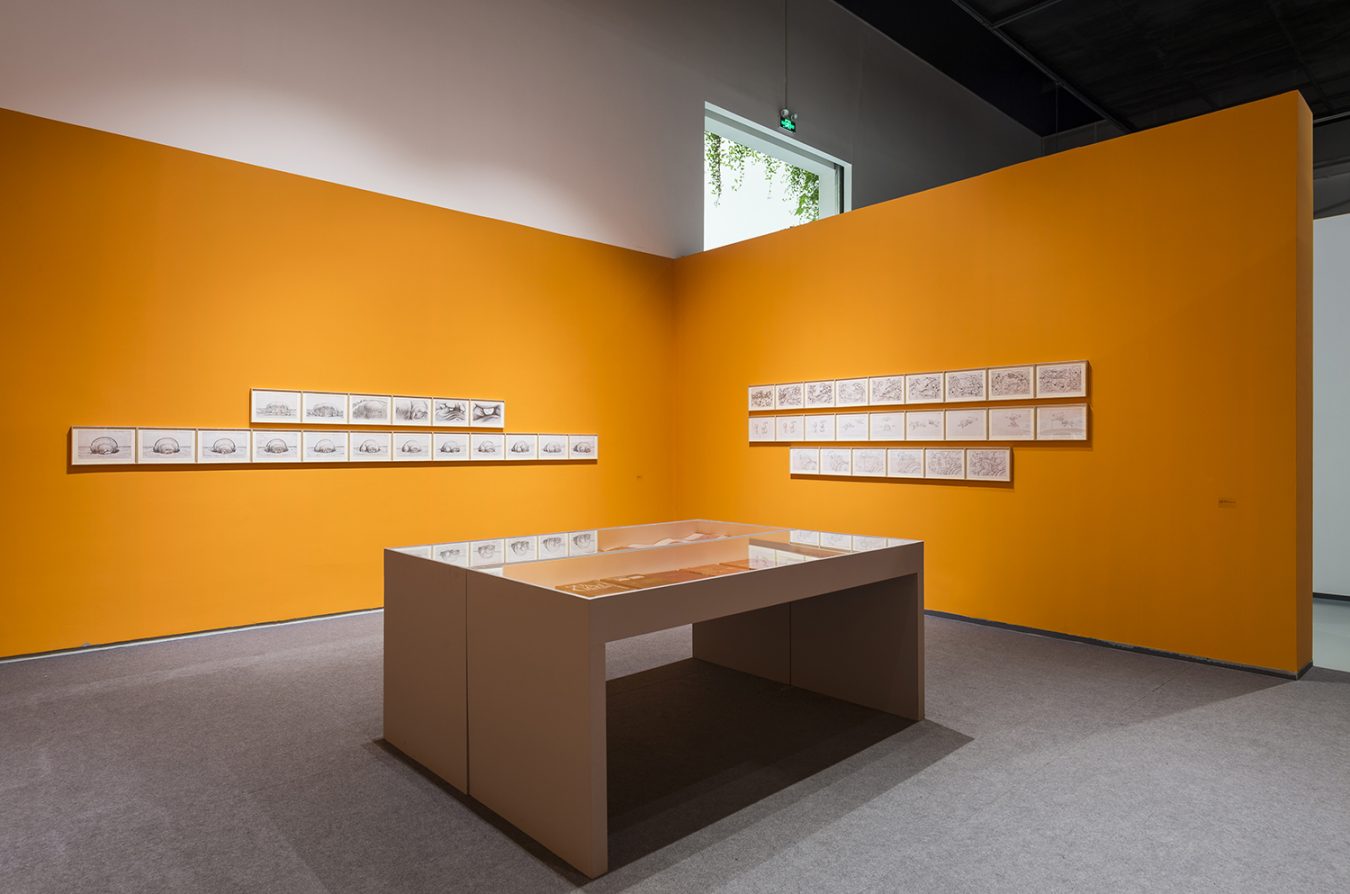 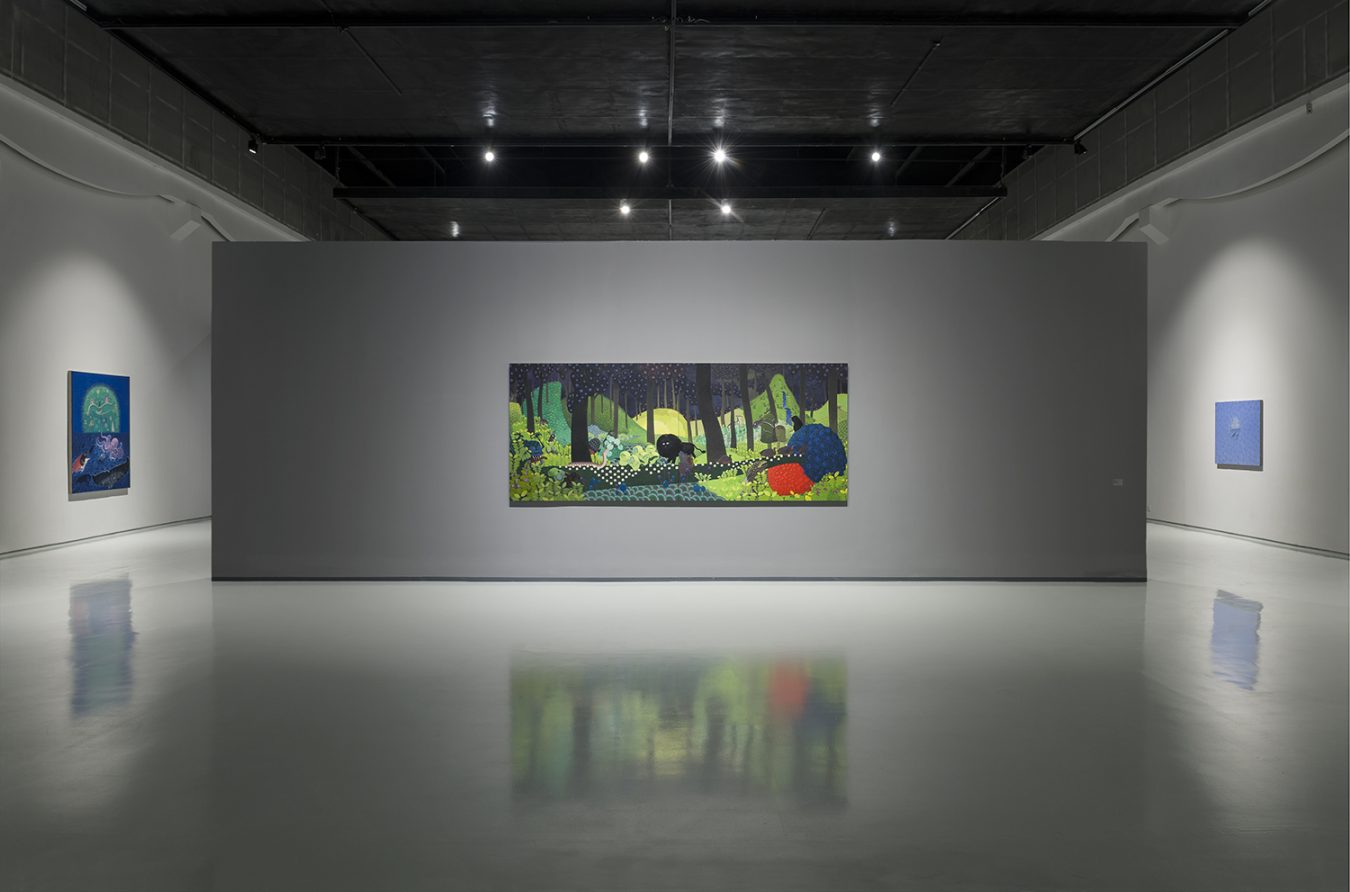 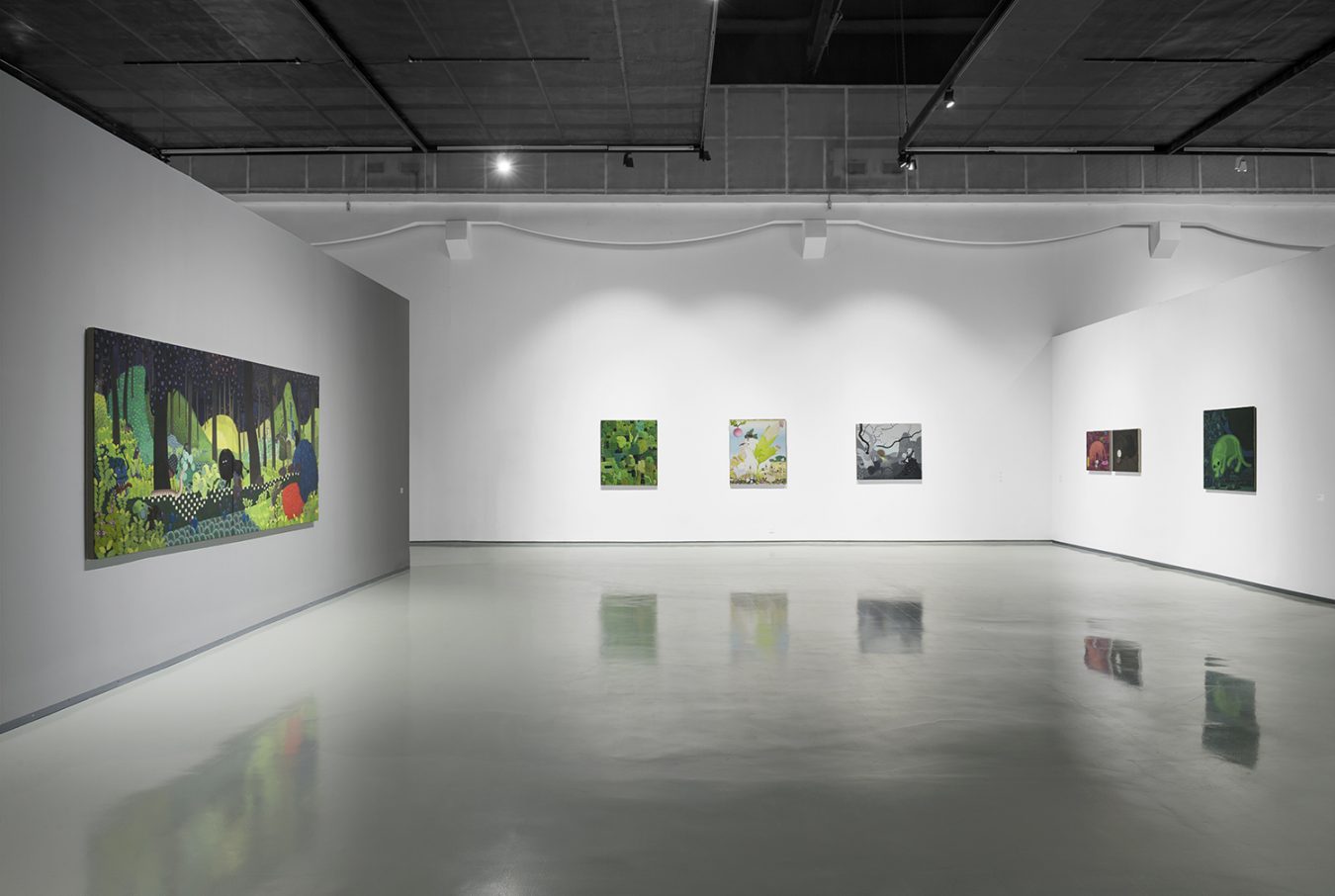 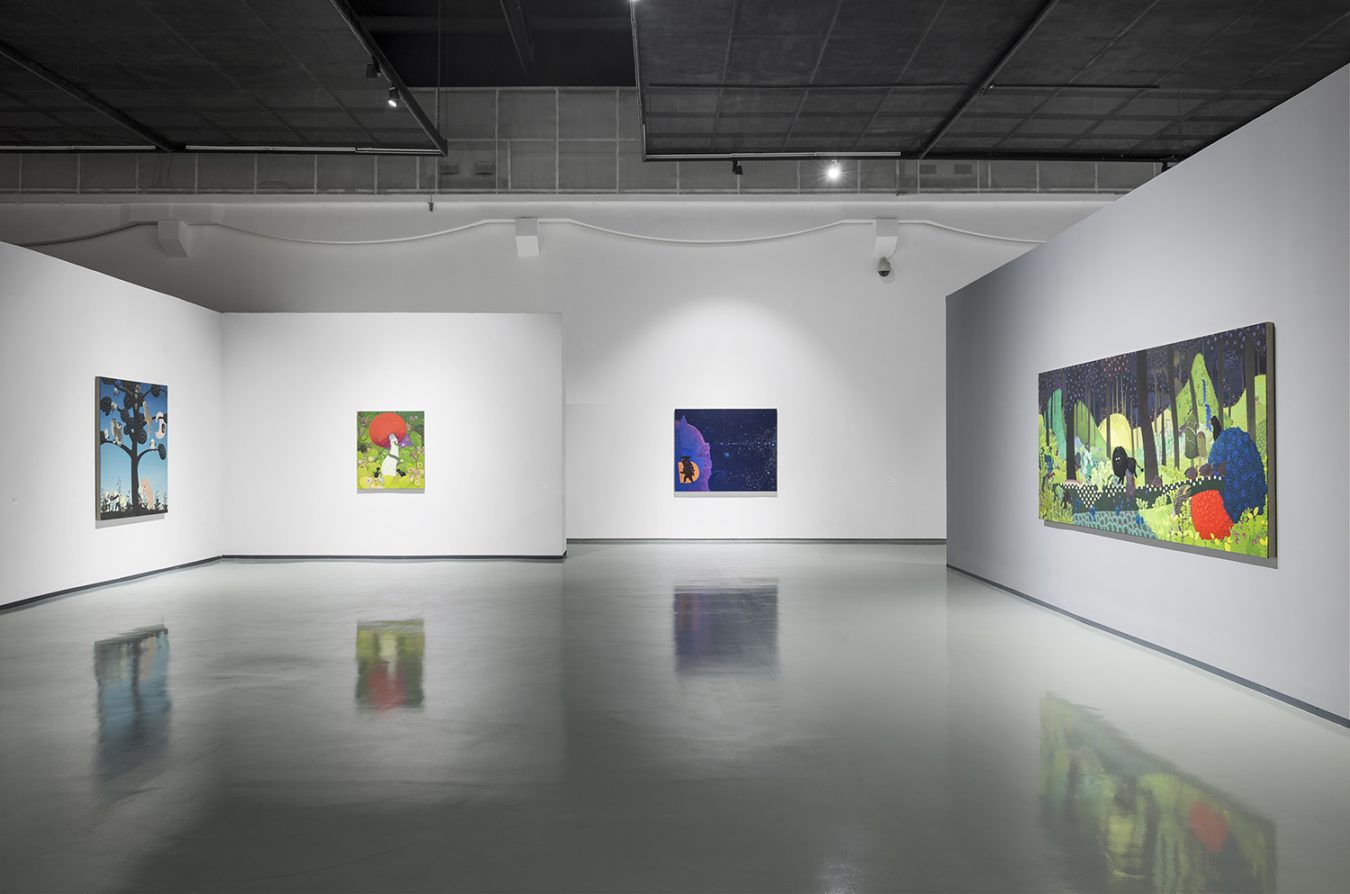 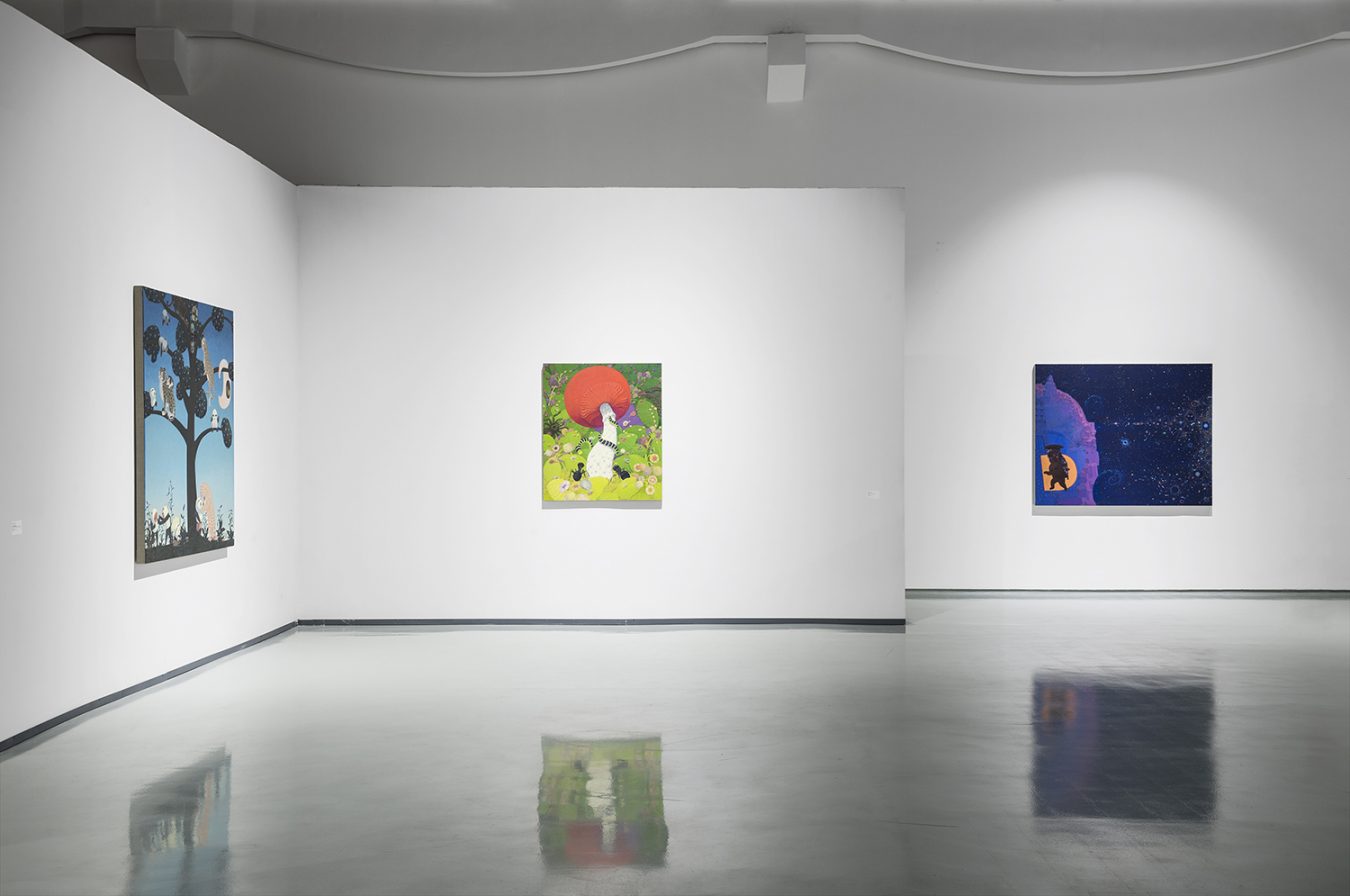 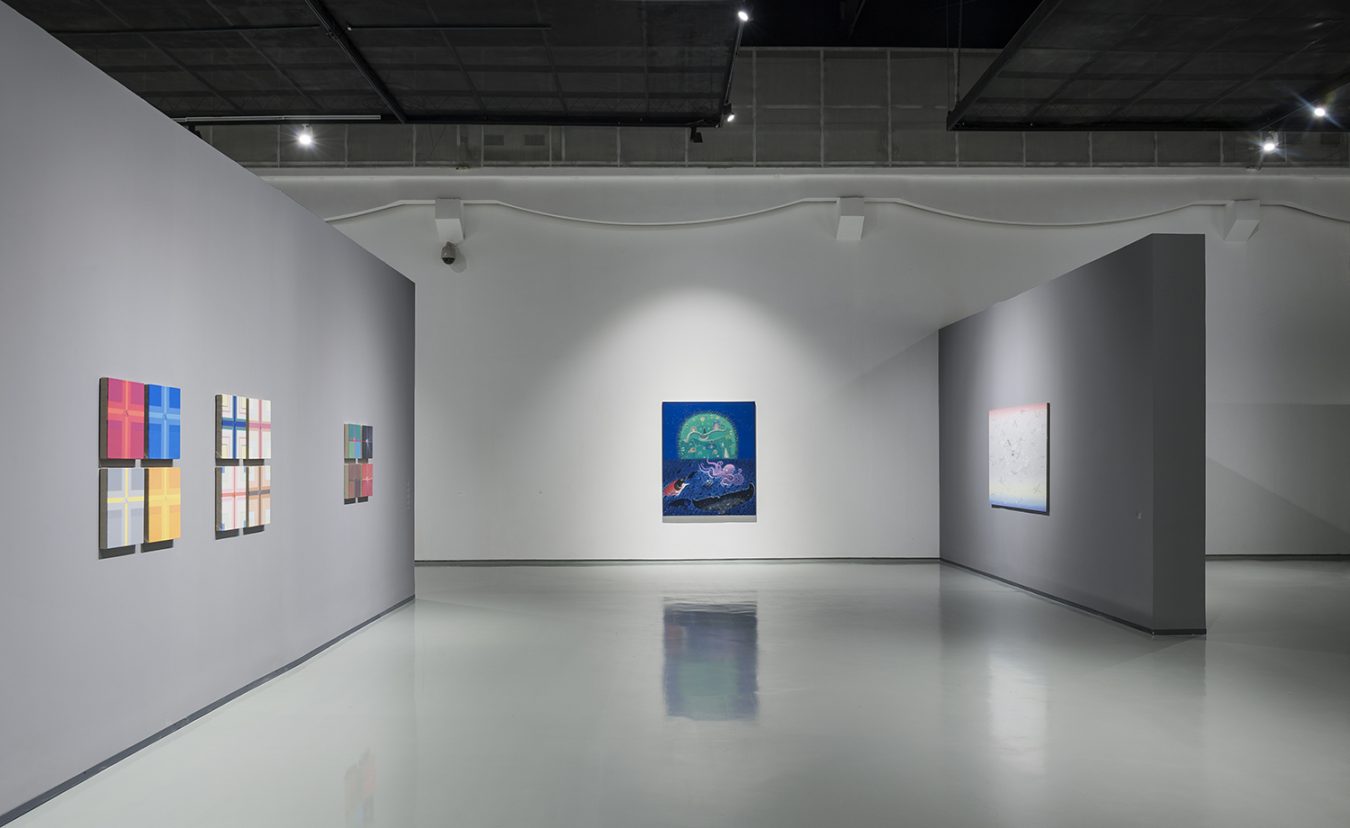 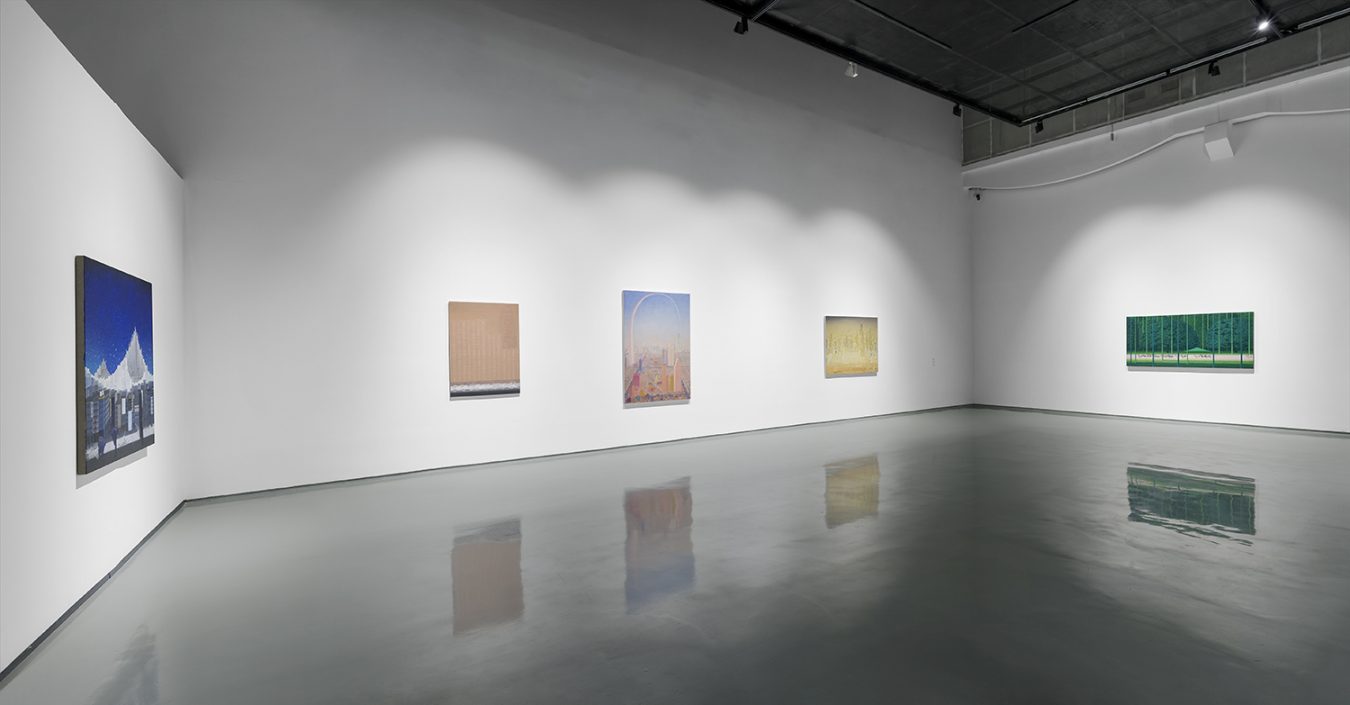 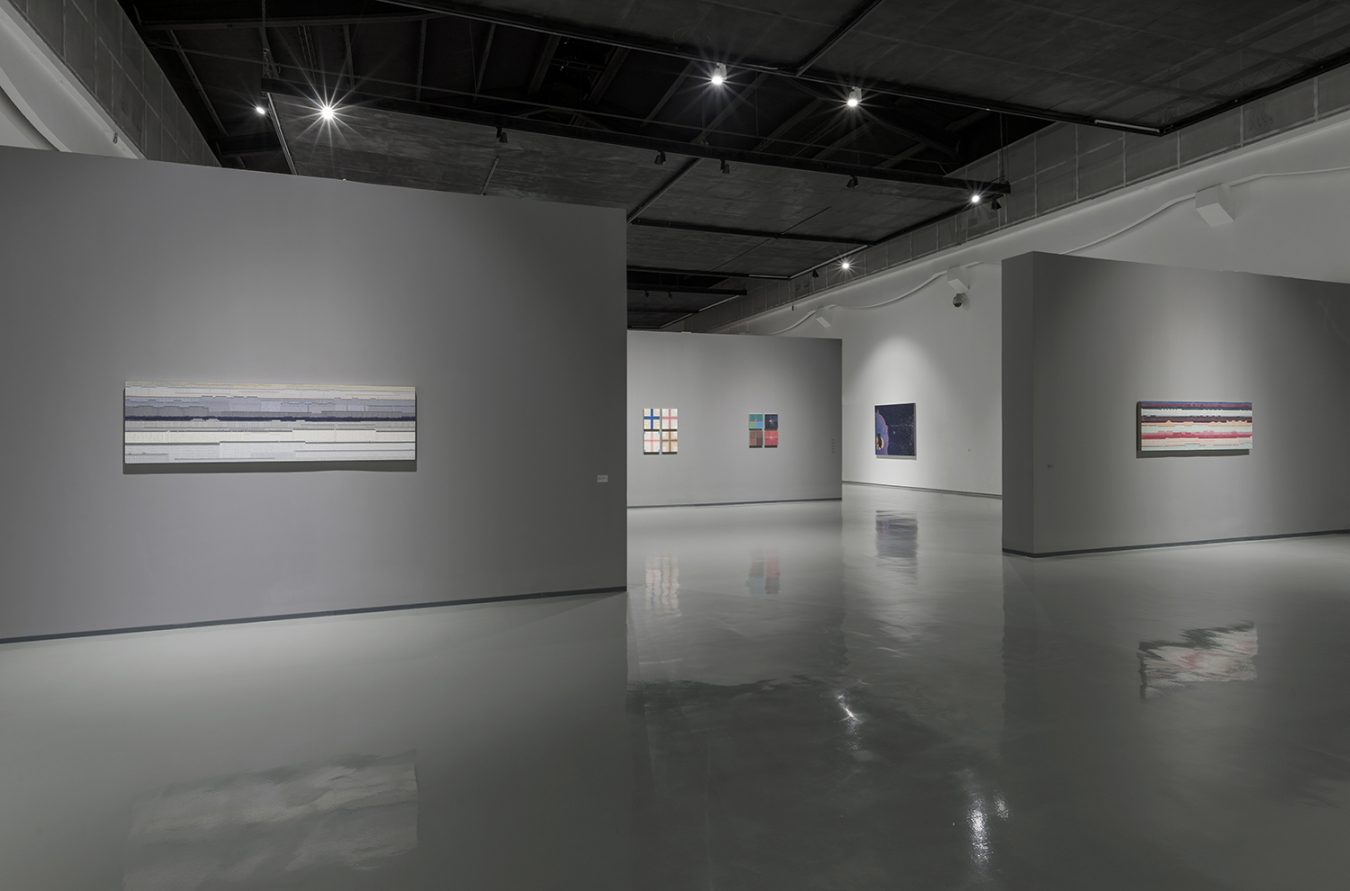 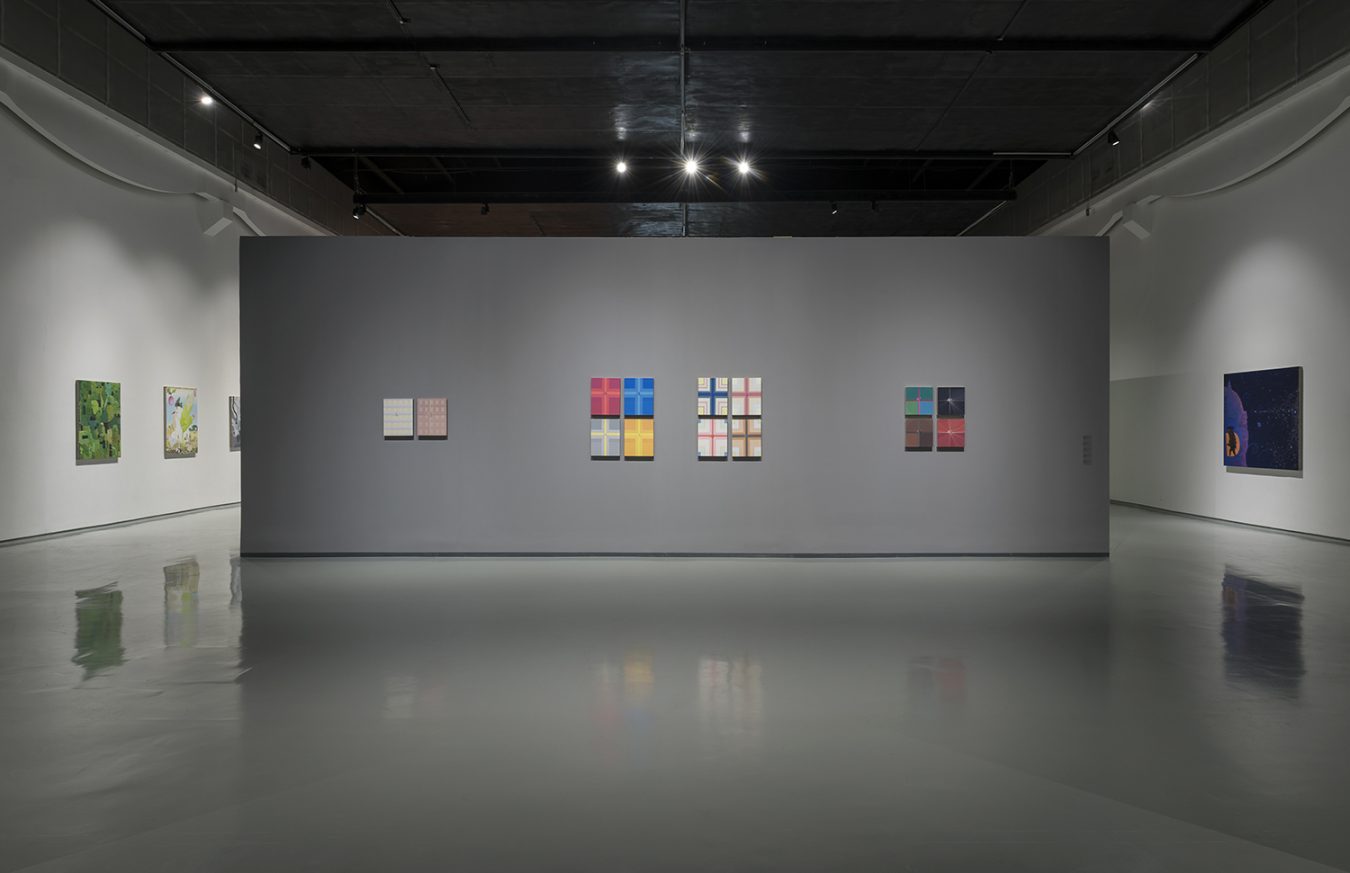 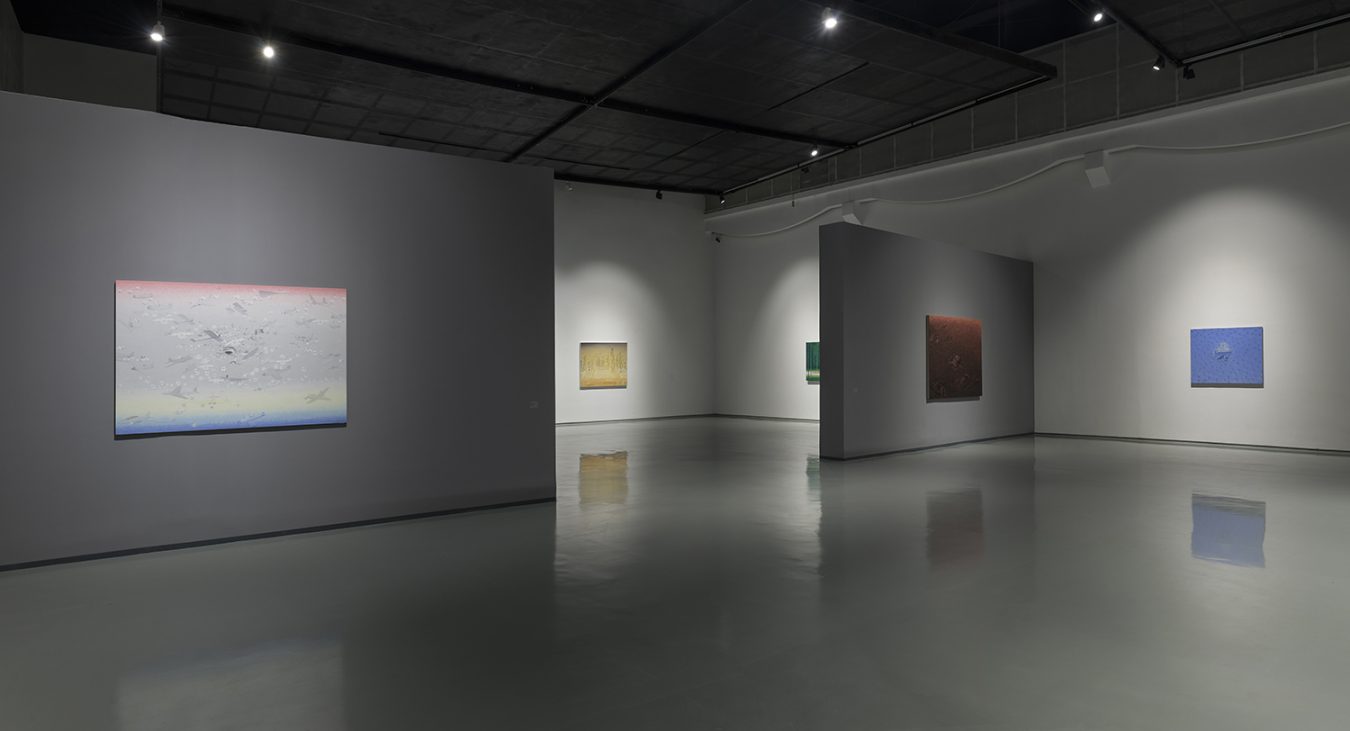 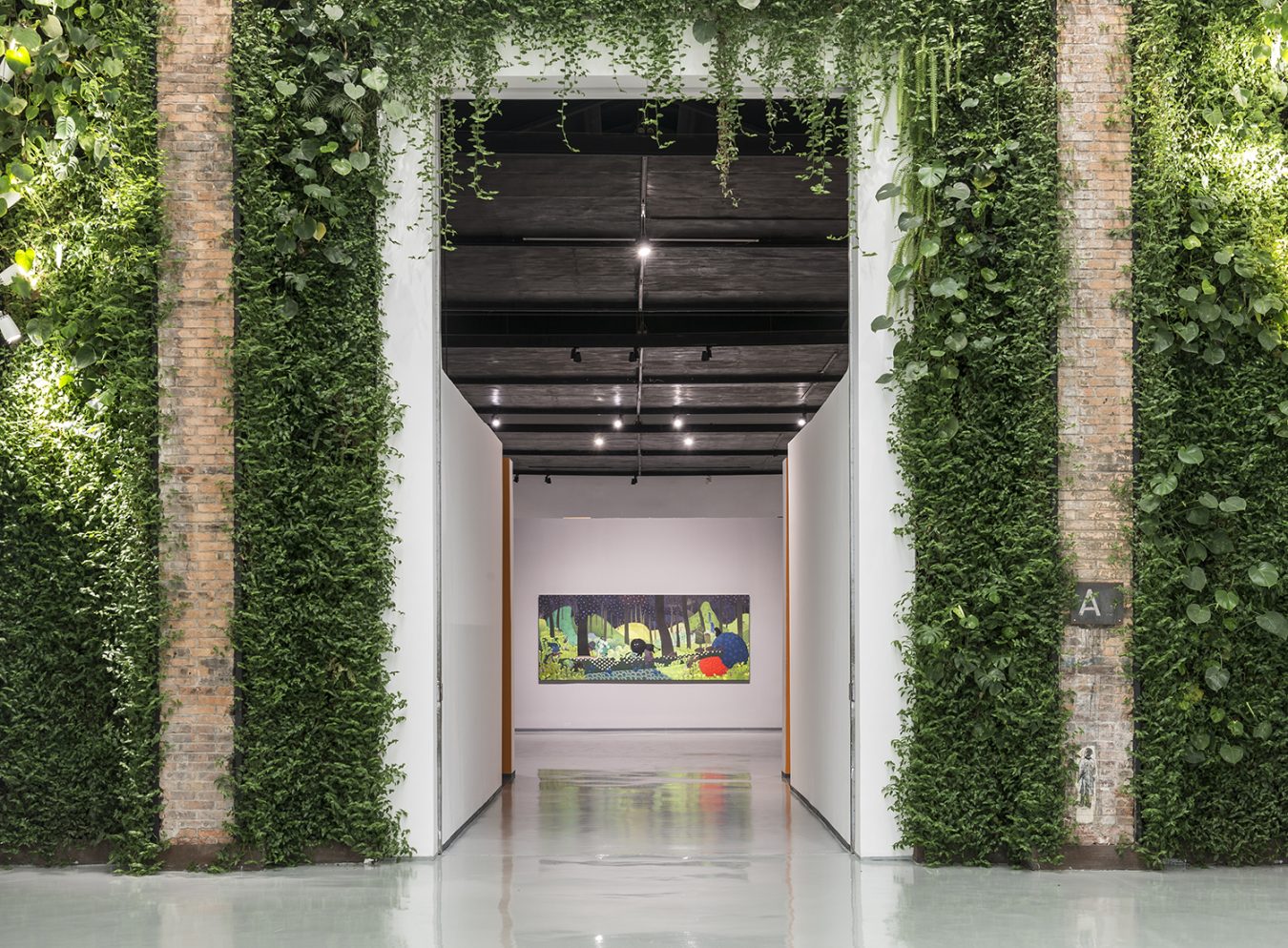 Hive Center for Contemporary Art (Beijing) is honored to pronounce that Mushroom Mushroom: Zhang Gong’s Work ,  a Zhang Gong’s solo exhibition  will be presented at the main hall  from 21st July, 2018. Zhang Gong as an artist, art film director and other identities, his paintings had a important place in the Chinese contemporary art system in 90s of last century. He had participated in many significant exhibitions , such as Contemporary Chinese Oil Painting Exhibition- From Realism to Post-Modernism  (Belgium, 1995), China! , an avant-garde art exhibition (Germany, 1996), and 8+8-1: Selected Paintings by 15 Contemporary Artist (Europe, 1997).  His first solo exhibition was held in Hongkong in 1994. Till now,10  solo exhibitions have been held in New York, Tokyo, Hongkong  and Beijing. Zhang Gong created short animation films‘Trees’, ‘The Bird’, ‘Black Pig White Pig’, ‘The Perturbance of Mind’, ‘Ms Red’ during 1999-2009. As a director of art film, he has been invited to attend major film festivals around the world and won awards, and it still be relished in animation and film industry. A grand solo exhibition, Mushroom Mushroom: Zhang Gong’s Work,  will held by  Hive Center for Contemporary Art (Beijing) and  curated by the famous curator Feng Boyi. The  three units of this exhibition:  Implication of the Cross , Spatial Encoding, Garden of Beasts would display the artist paintings systematically since 2010. The screen unit Empty Shadow will also presented at the same time, which traces back to Zhang Gong’s important short films of his film festival award since 2000. In addition, the exhibition is supplemented by other materials, such as interviews,documentaries,literature, comb the clues artist’s creation comprehensively and try to present the artist’s delicate and rich unique style. The exhibition will be last until Aug 25, 2018.

The past creative trajectory of Zhang Gong’s painting is actually quite clear and recognizable, even as he has constantly changed subject matter, experimented with different linguistic methods, and even spent nearly a decade working in animation. Even back in the 1990s, Zhang Gong’s painting had its place in the Chinese contemporary art system. His works were marked by sweeping narratives, absurd humor, and the excitement of taboo. We could see that Zhang Gong’s intention was to bestow a key visual image in the painting with both effective form and content, with rich symbolic and allegorical references, and images moving from the non-realistic to a deeper level of reference to reality, clearly conveying his deep interest in the process of China’s social transition.

Zhang Gong’s Spatial Encoding series symbolically parallels how, in the increasingly “concrete” structures of our urban life, and presents that modern metropolis is a metaphor which full of paradoxical paradox. However，in his Garden of Beasts series, he uses a playful, innocent and cartoonish approach to confront the changes in the world through anthropomorphized animals and plants, provide us with a hidden thread to follow. As a lost watcher on the margins, Zhang gong has great concern for the present reality.

Zhang Gong’s recent paintings, on the other hand, have an astonishingly strange and unbridled imagination. The experience he has accumulated through creation and existence has finally joined forces with his wild imagination, revealing his creative ability to pass freely across boundaries.

Such bizarre, fantastical works as Sentimental Garden, Mr. Godot Will Definitely Come Tomorrow, and  Kids, Don’t be Afraid, form a warped, compound and dense structure of relationships between social beings. Those somewhat playful cartoon images and stunning scenes form a series of visible shadows, drawing the stunned viewer within.

the use of as much flat brushwork and simple imagery as possible is in order for absence to allude to presence, providing even a reverse vision. To a certain extent, this has refreshed people’s accustomed visual experience and provided a new imagination space regarding the production of images. Meanwhile, such series as Wandering, trypophobic schemas traverse the dichotomy of truth and illusion. His singular imagination gives rise to an extremely confused uncertainty, an unfathomable conflict that plays on the relationships between time and space, and between animals, plants and human figures. For Zhang Gong, this “uncertainty” is not just a form, but also a finite living experience and inner perception. His “uncertainty” is dizzyingly complex, but it actually highlights a disintegration of “uncertainty.” We not only see the surging and reproduction of countless little bacteria-like growths, but also many inexplicable turns suddenly emerging in bizarre forms, showing the possibilities for his art to freely traverse a new context after breaking away from the pursuit of “likeness.”

Zhang Gong is conveying his conceptions of painting, he does so through a characterized explosion of species, like the proliferation of fungi. It is as if their silhouettes glimmer from within his words, silhouettes he crafts into sprite-like beings. This is Zhang Gong’s fable, or perhaps the fable spoken by the animals and plants. When audiences enter into this scene of dense elements, the direct visual tension and confined style are filled with a childlike air of play. Zhang Gong’s “New Origin of the Species” appears like a labyrinth, an absurd game, as well as an intangible, infinite metaphor for cruel reality. This fable form is itself a naming of our state of existence, a faithful portrait of the state of change of the present. These artworks also demonstrate Zhang Gong’s cramped, constrained process. everyone’s fate in the “present” is uncertain. They seem to change their identity at random, and traverse different times and spaces, leaving us unable to find any traces of the shift.