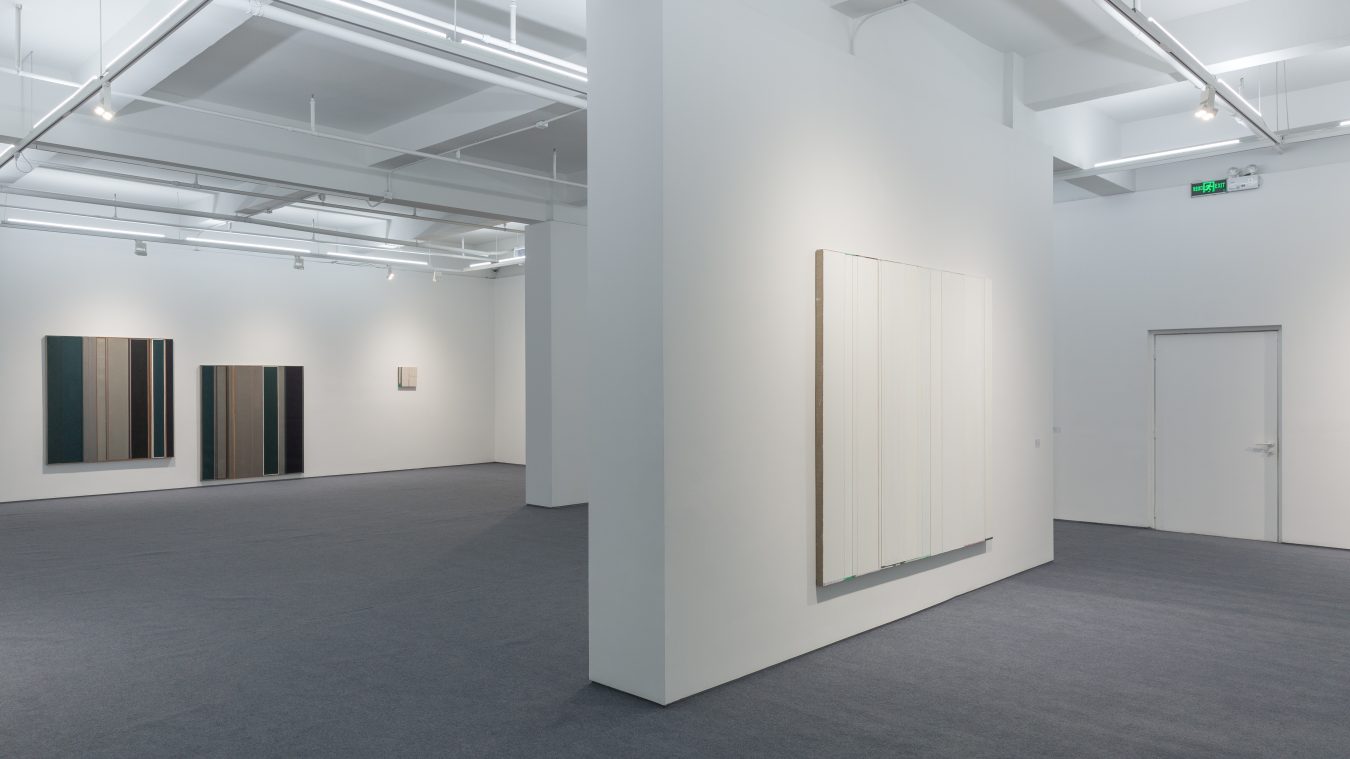 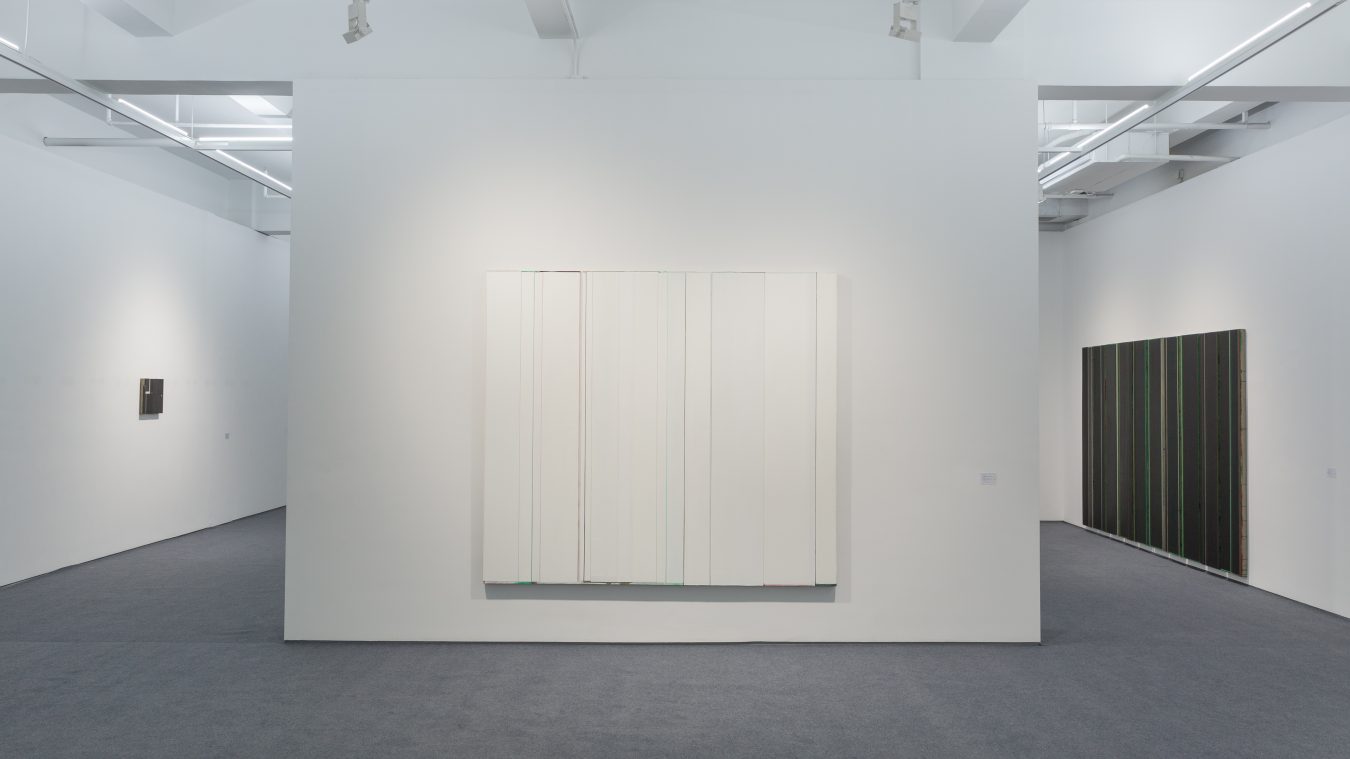 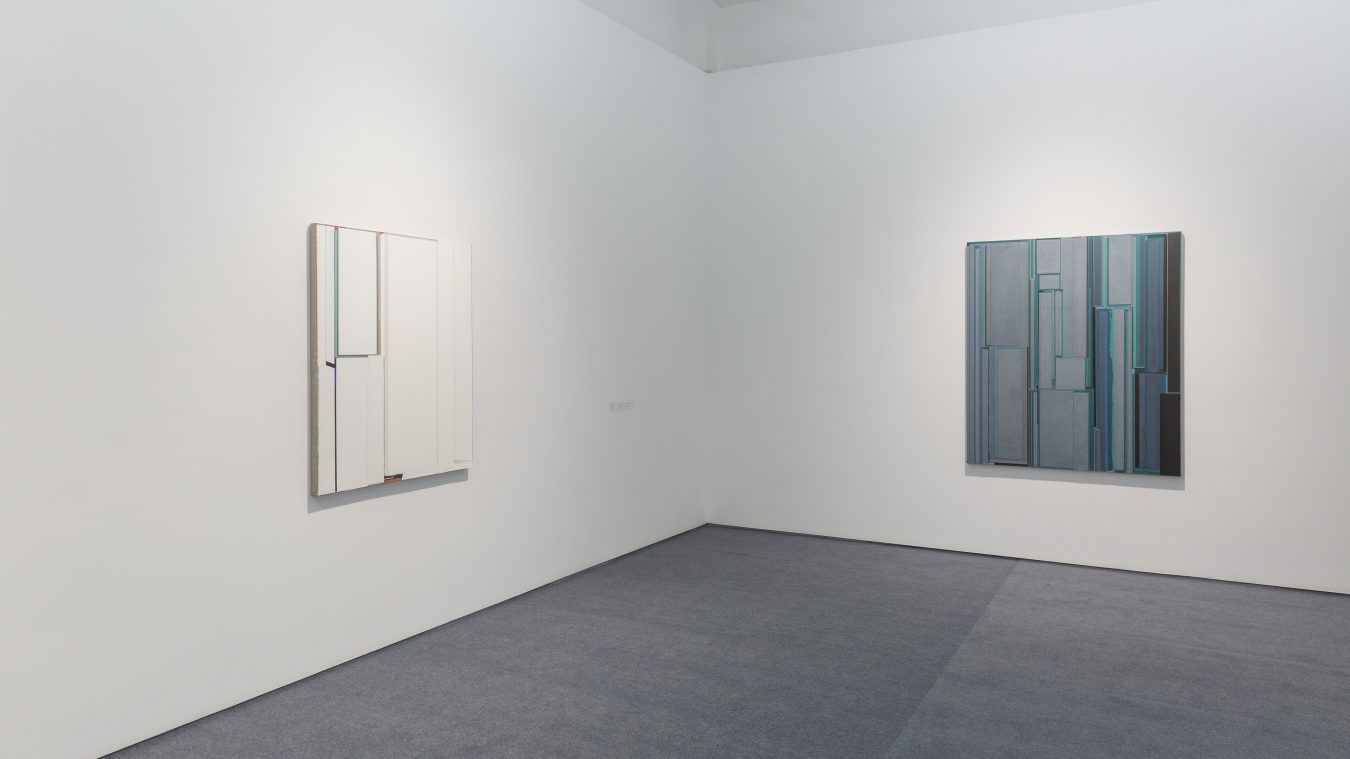 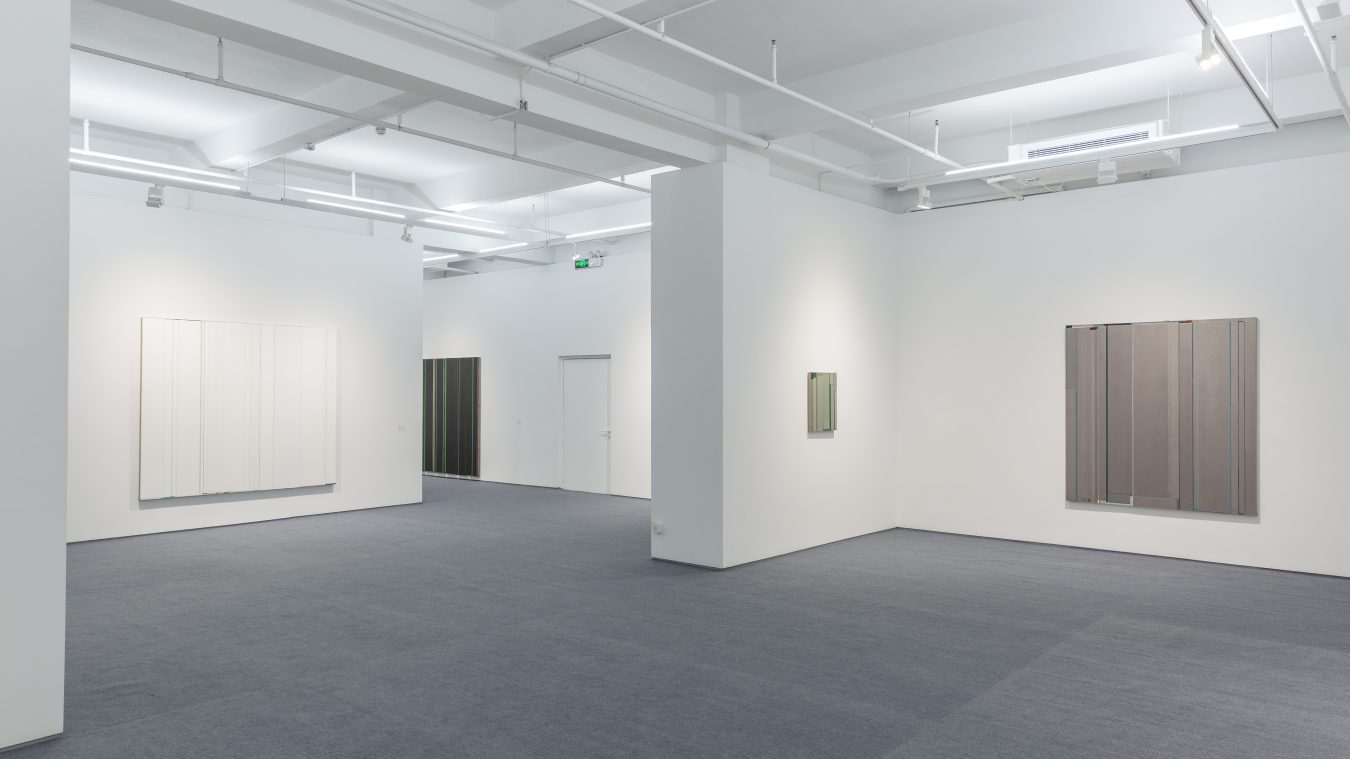 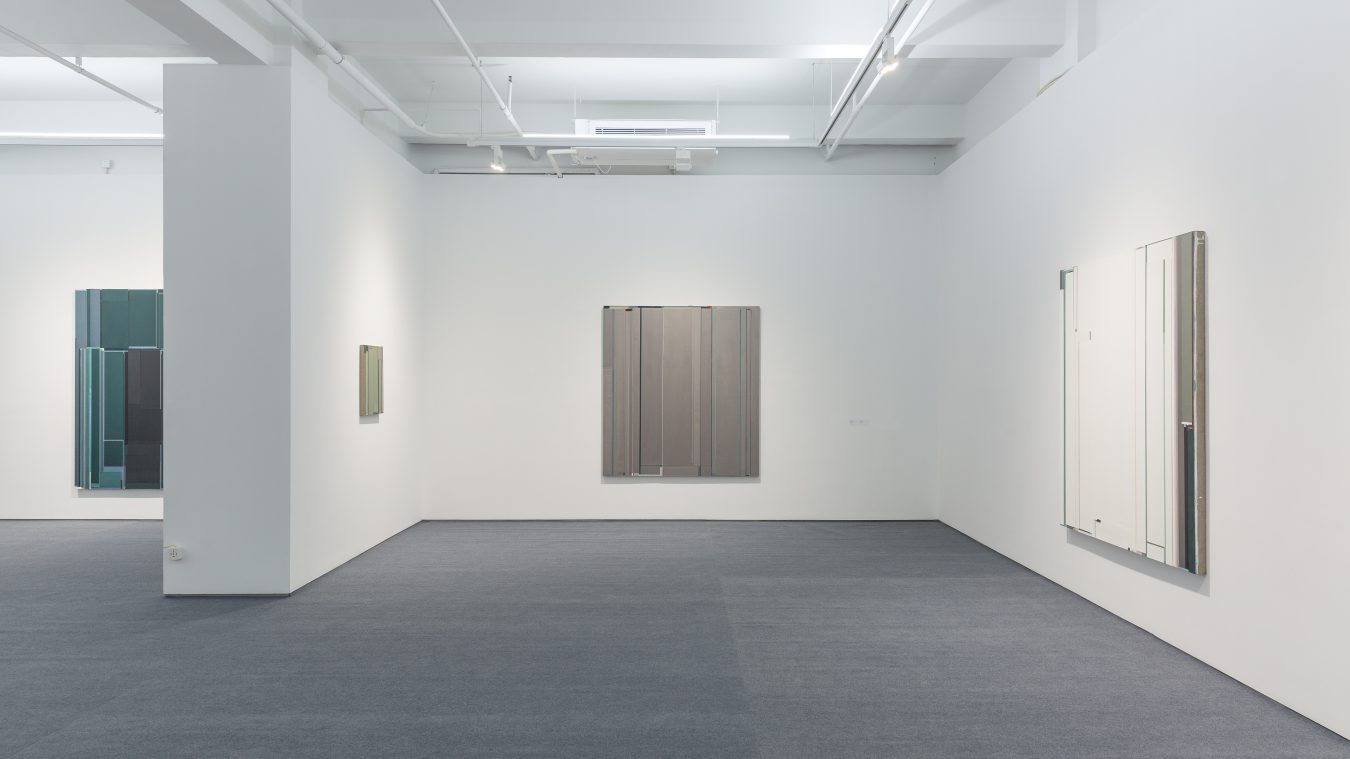 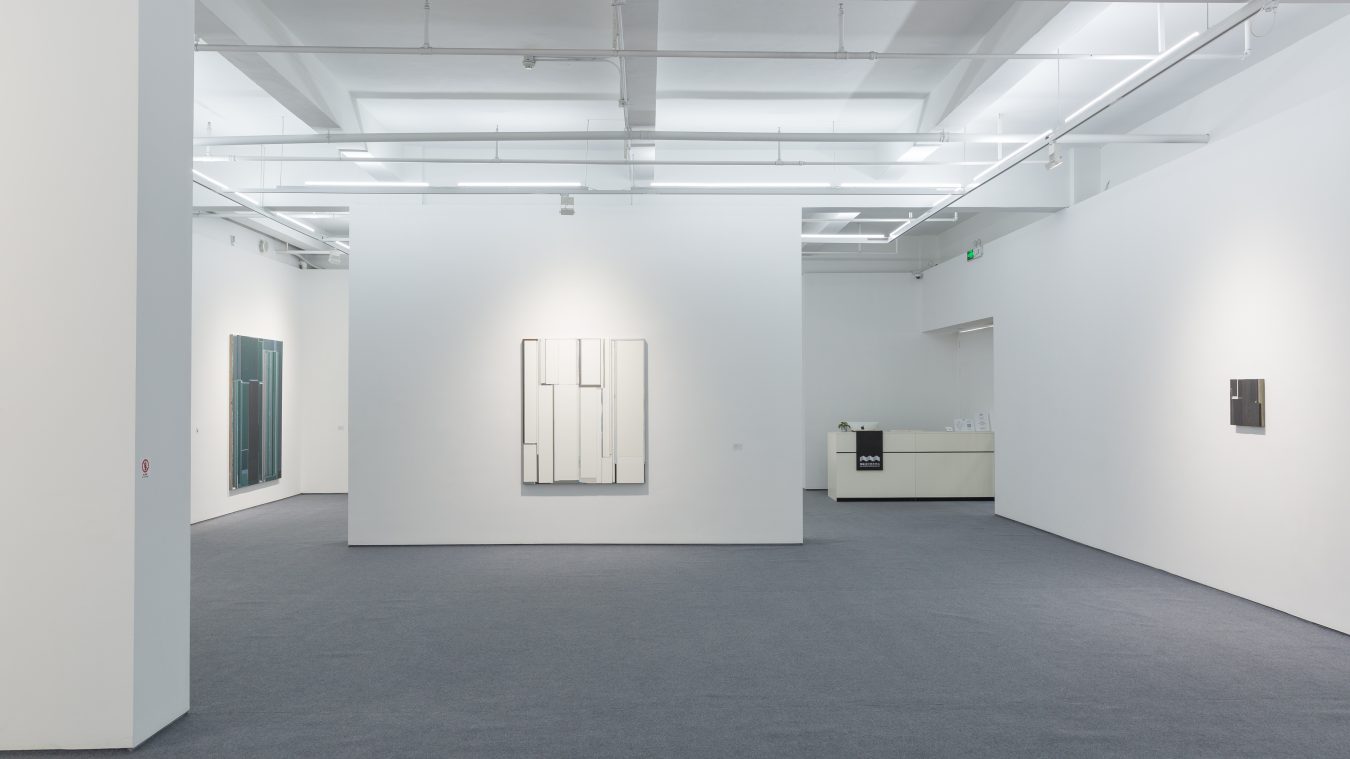 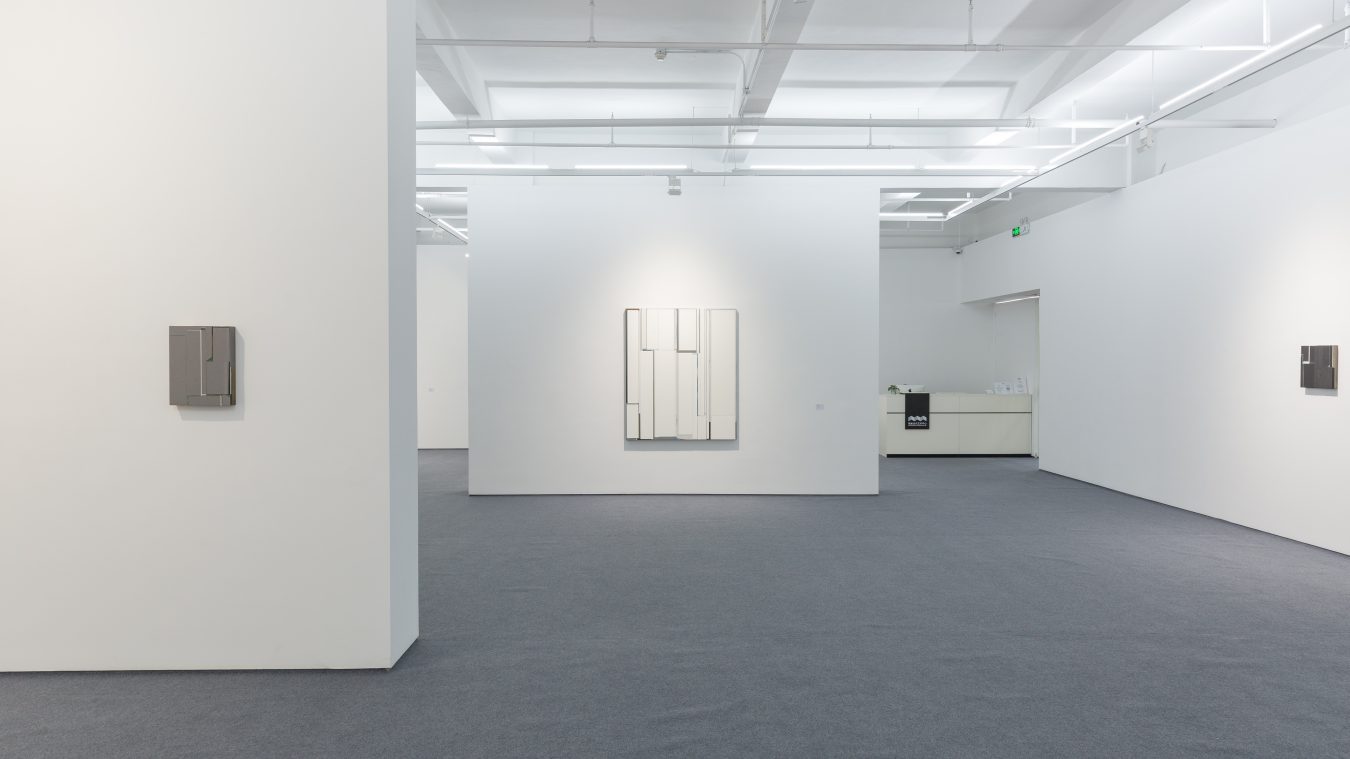 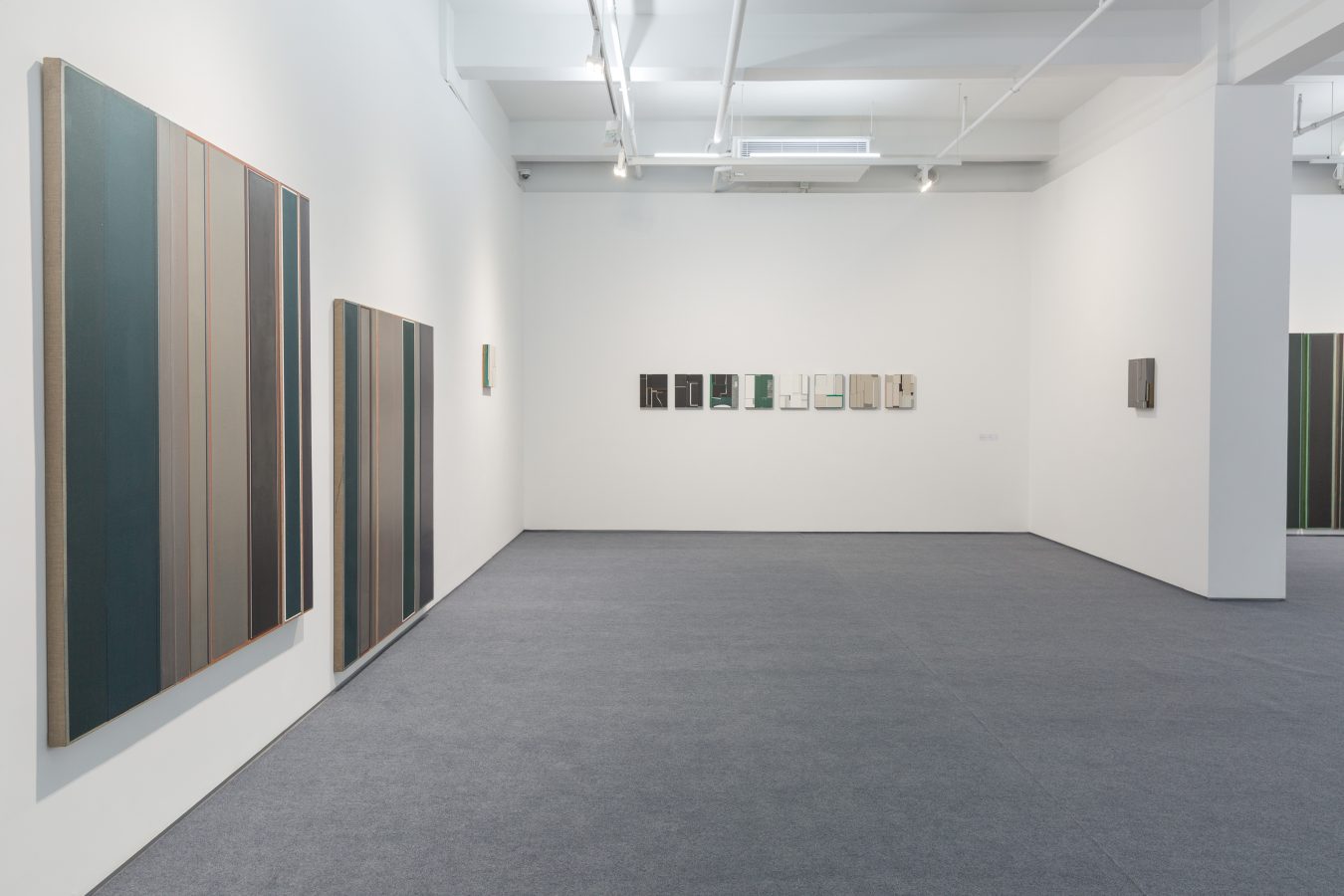 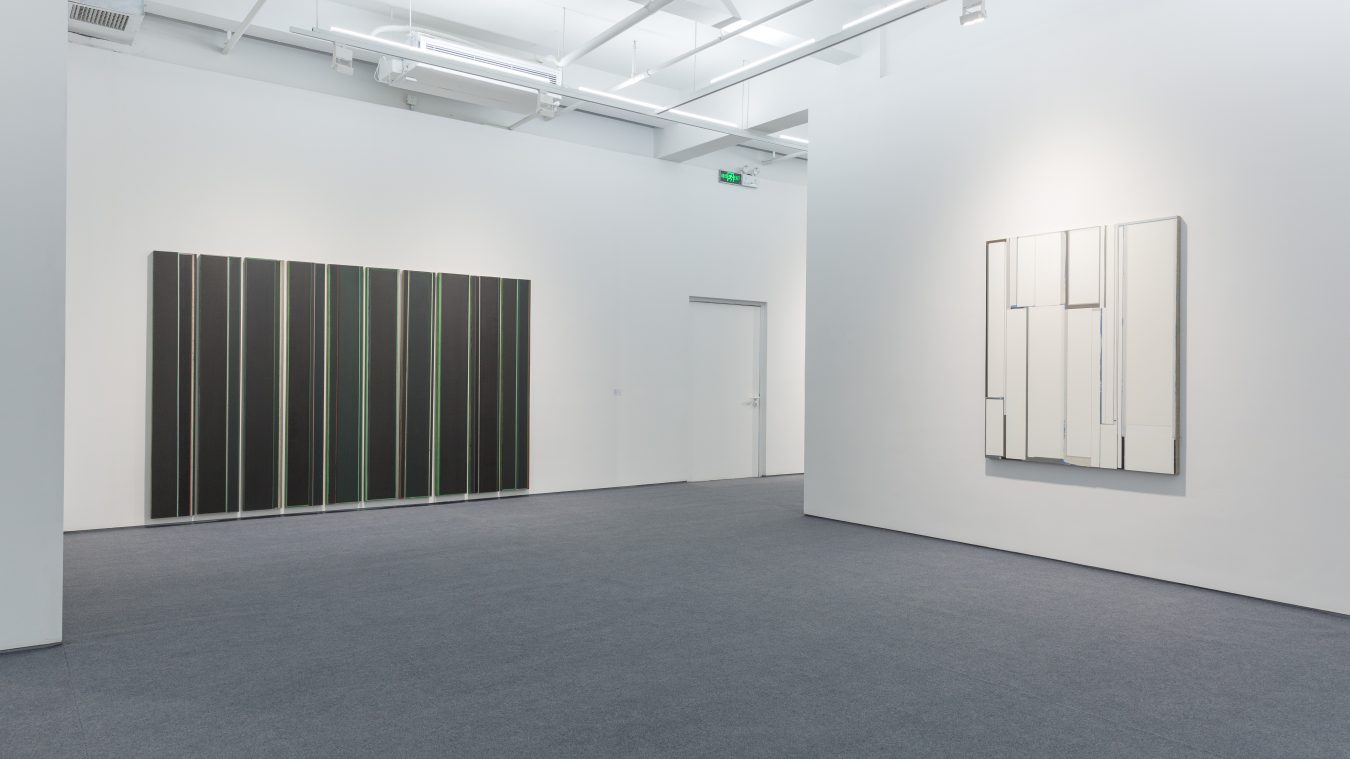 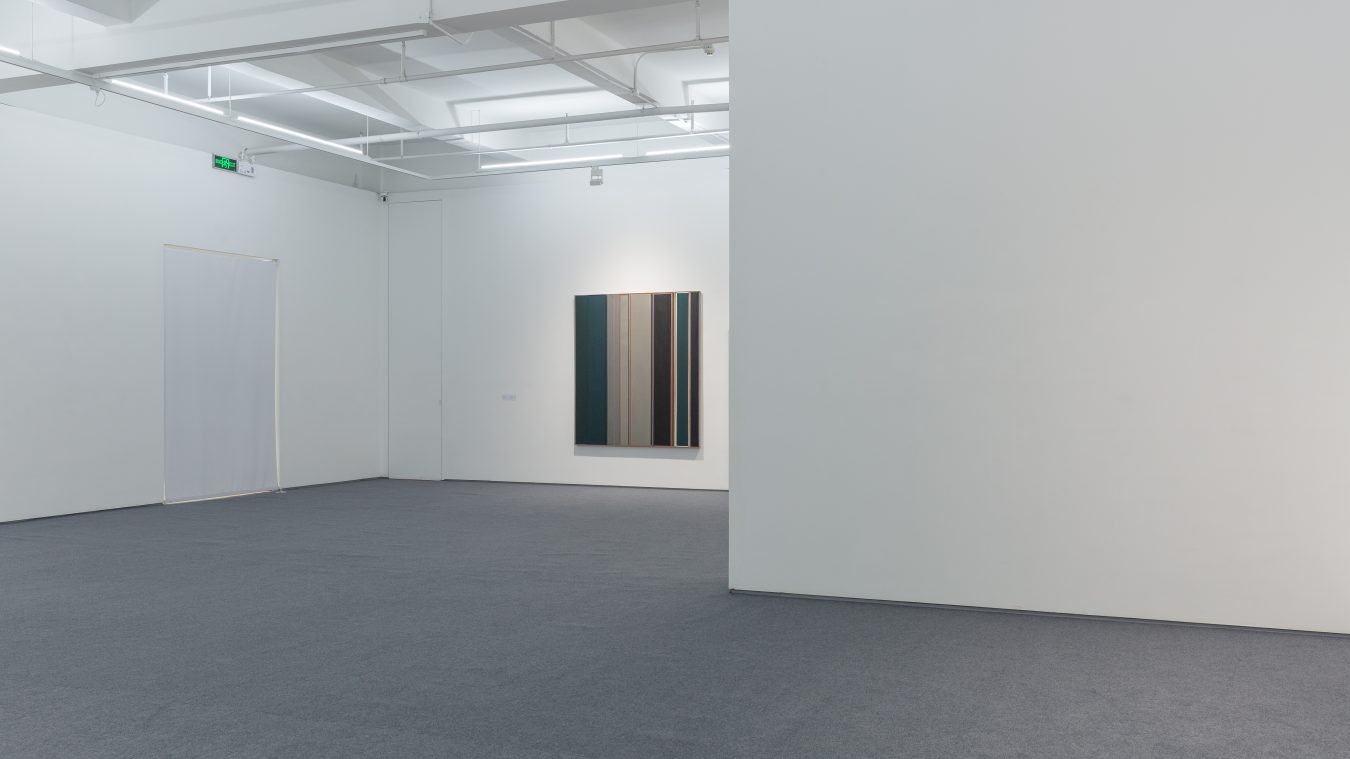 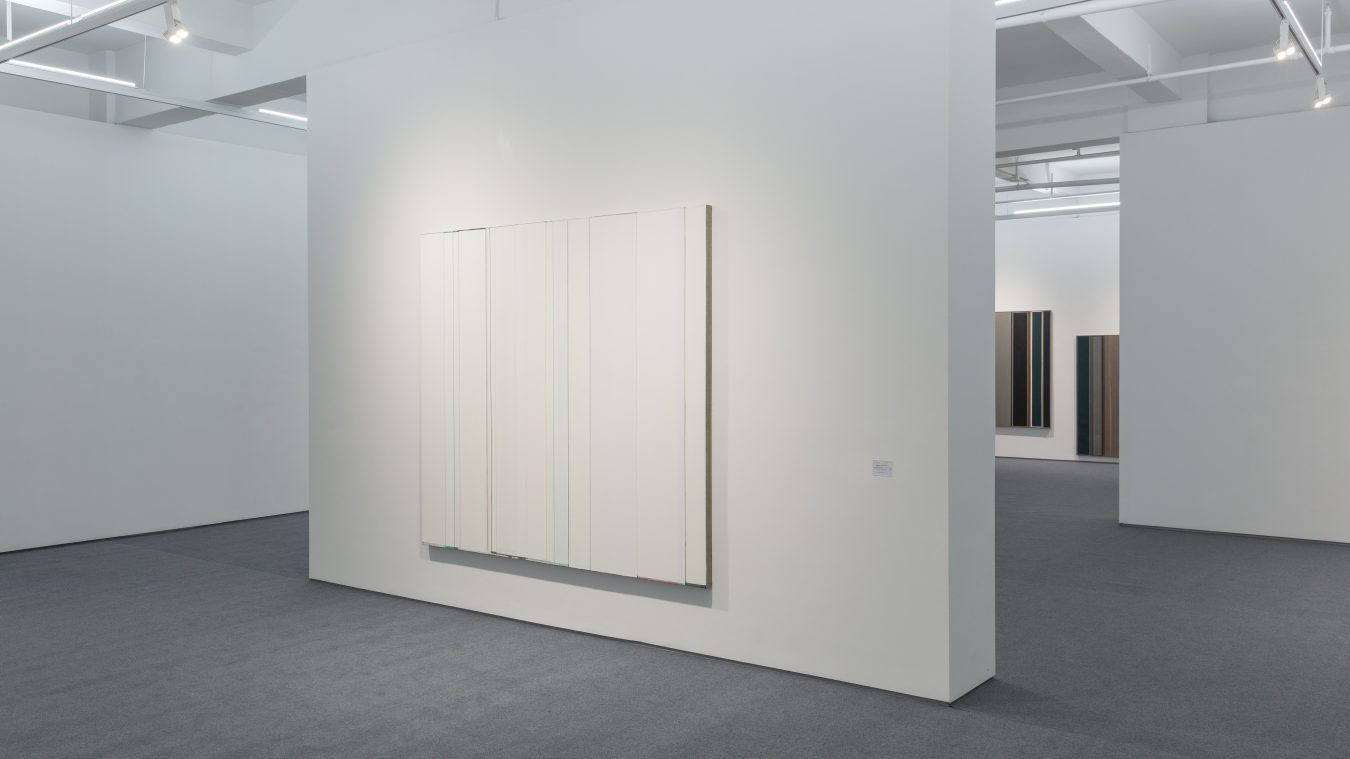 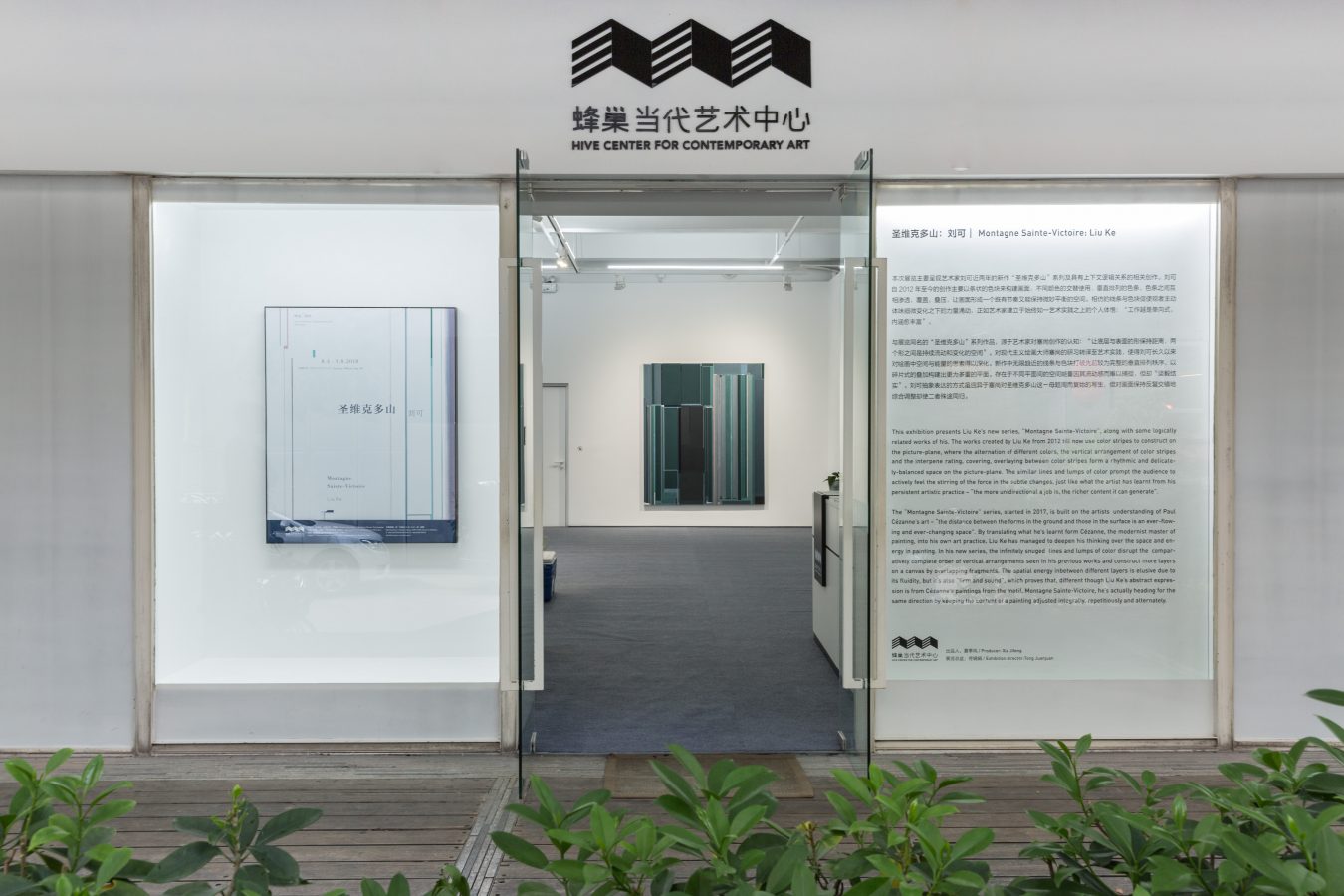 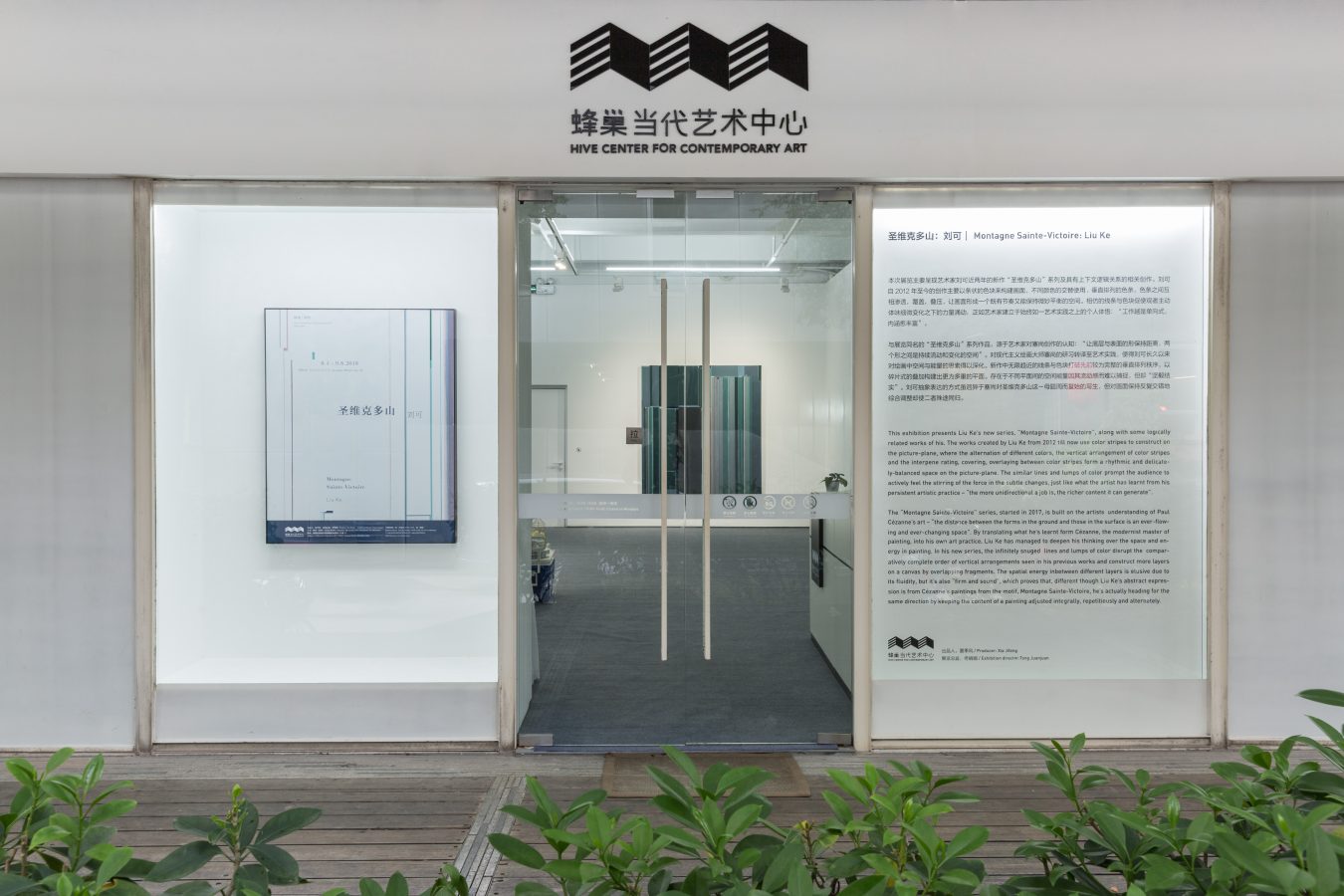 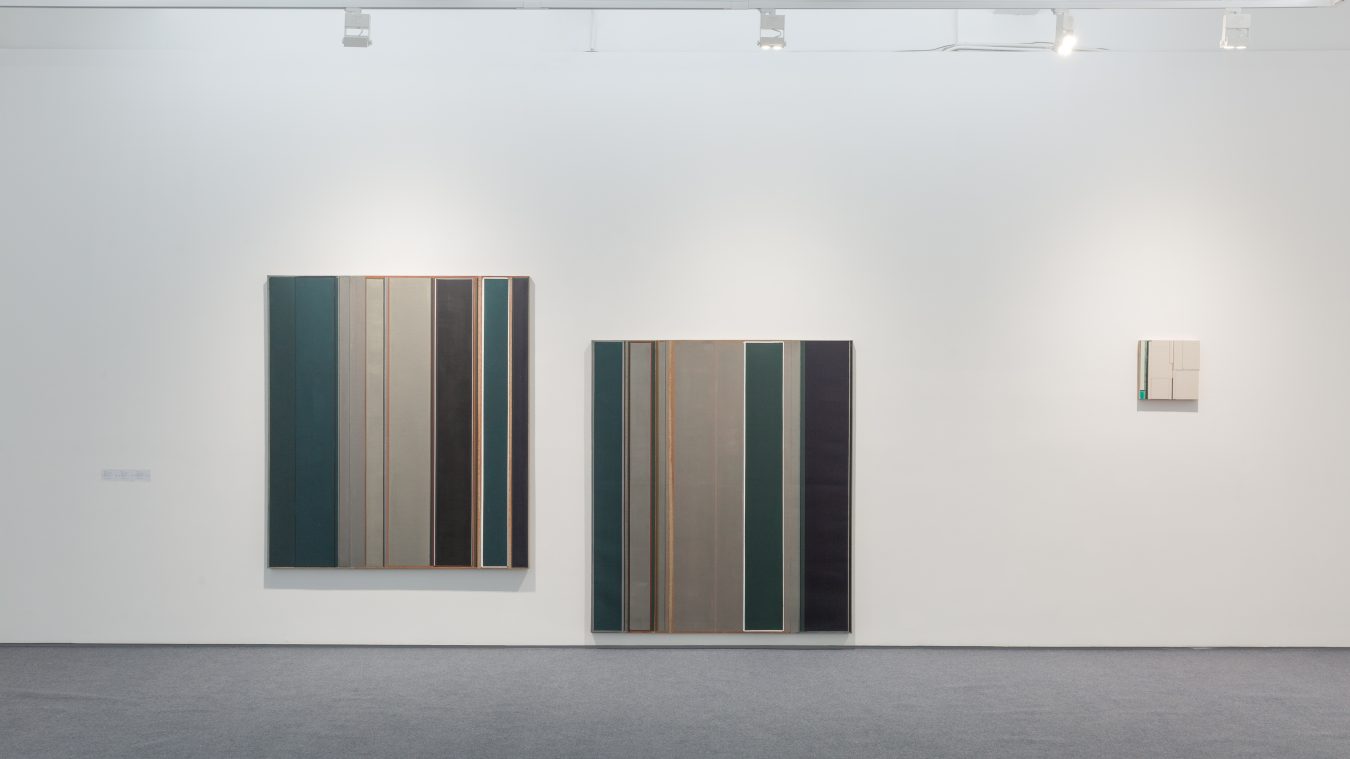 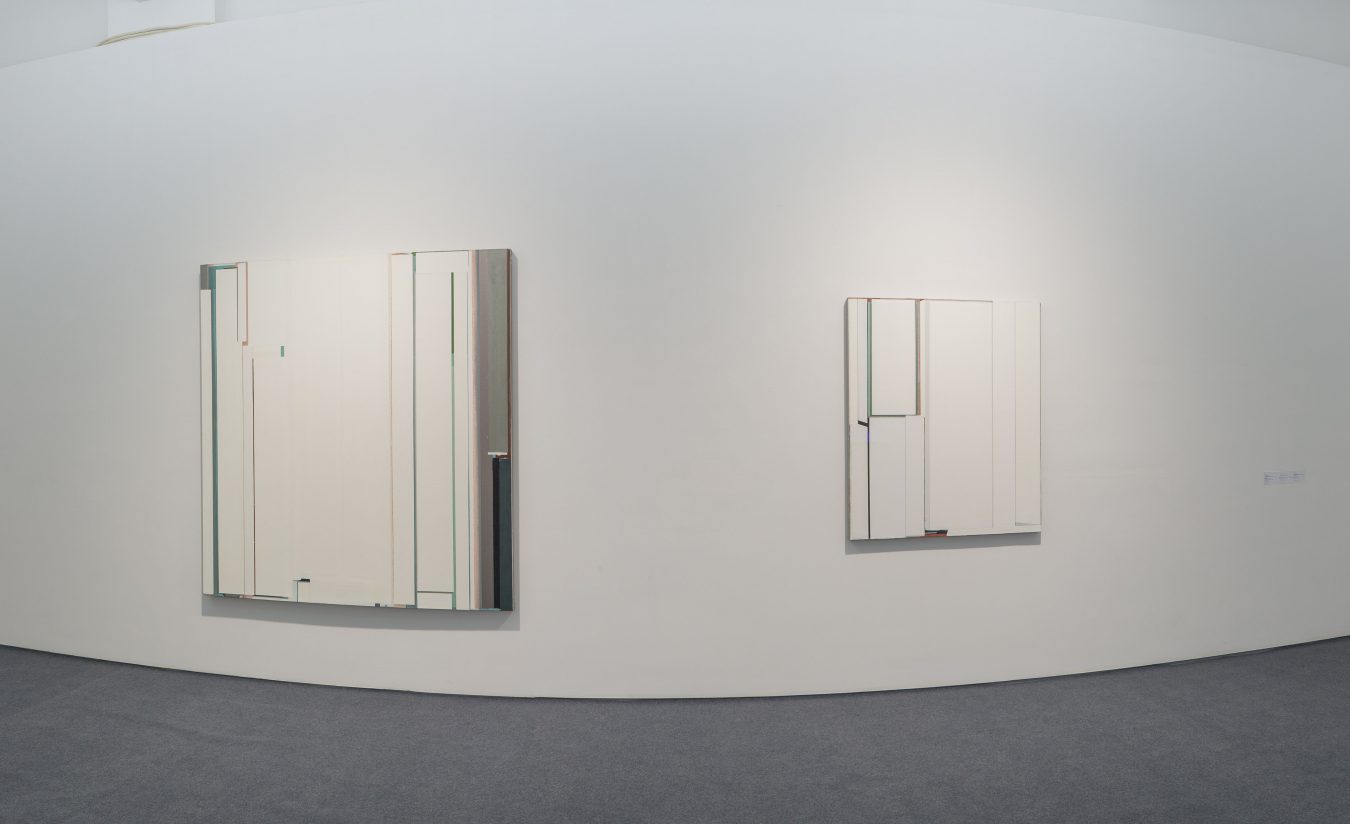 It’s an honor of Hive Center for Contemporary Art (Shenzhen) to announce the upcoming launch of artist Liu Ke’s new solo, “Montagne Sainte-Victoire: Liu Ke” on August 4th, 2018. This is the artist’s second solo held in Hive after “Listen above the Blue: Liu Ke Solo Exhibition” held in Hive Beijing in 2015. Liu Ke’s new series, “Montagne Sainte-Victoire”, along with some logically related works of his, will be the dominating exhibits. The exhibition is to last to September 8th, 2018.

Born in 1976, Liu Ke started studying at GAFA’s Department of Oil Painting in 1995, and has stayed as a teacher since 2003 and developed a working mode that integrates his individual art practice, teaching of experimental art and art practice in public space. His exploration in abstract painting began in the late 1990s, and, after a few phases, Liu Ke managed to escape from the conventional constraint in form and reduce his painting to a mixture of minimalist lumps of colors and lines, which has established his unique signature style that defines his painting today.

The works created by Liu Ke from 2012 till now use color stripes to construct on the picture-plane, where the alternation of different colors, the vertical arrangement of color stripes and the interpenetrating, covering, overlaying between color stripes form a rhythmic and delicately-balanced space on the picture-plane. A blank canvas to Liu Ke is “a whole with limitation of only boundaries but no depths” , and the compositions of various color layers is a kind of “rivals”, The margins among the covering and overlapping of colors are the “measurement” of the blank layers, and the more they get squeezed, the bigger the “power” they are loaded. At the same time, the artist kept the paint’s sense of material existence on purpose, and the uneven depths resulted from overlapping and covering becomes an extension and proof of the “power” given out in the artist’s creation.

The “Montagne Sainte-Victoire” series, started in 2017, is built on the artist’s understanding of Paul Cézanne’s art – “the distance between the forms in the ground and those in the surface is an ever-flowing and ever-changing space”. By translating what he’s learnt form Cezanne, the modernist master of painting, into his own art practice, Liu Ke has managed to deepen his thinking over the space and energy in painting. In his new series, the infinitely snuged lines and lumps of color disrupt the comparatively complete order of vertical arrangements seen in his previous works and construct more layers on a canvas by overlapping fragments. The spatial energy inbetween different layers is elusive due to its fluidity, but it’s also “firm and sound”, which proves that, different though Liu Ke’s abstract expression is from Cézanne’s paintings from the motif, Montagne Sainte-Victoire, he’s actually heading for the same direction by keeping the content of a painting adjusted integrally, repetitiously and alternately. Another intriguing point is that his recent works leave the “openings” at the center of the picture, instead of leaving them at the hem of the canvas like those in his previous pieces, forming a force that “swells around from the center and squeezes the center from around”. The small opening is just like Zizek’s interpretation of The Missing Piece – “the piece has to be left missing so as to express the self precisely” . It’s a pivot at which the picture is levered, and one that spreads infinite power beyond the audience’s field of vision.

One invariant element intertextual with the “opening” is his strips of colors he started employing since 2012; the similar lines and lumps of color prompt the audience to actively feel the stirring of the force in the subtle changes, just like what the artist has learnt from his persistent artistic practice – “the more unidirectional a job is, the richer content it can generate”. Also, the literary titles he adopts can enrich the connotations of the minimalist color lumps and give the audience multiple channels into the world he’s created. Apparently, apart from his pursuit of poetry and synaesthesia, Liu Ke has gone further with his “CZC” (Urban Village) series, where papers produced in different regions have been collaged and their cultural properties fight and mix with each other, which happens to agree with the realistic care implied by the titles. Therefore, Liu Ke has provided more interpreting possibilities for the audience by producing multiple meanings and has also found an “ever-flowing and ever-changing space” in a different aspect.