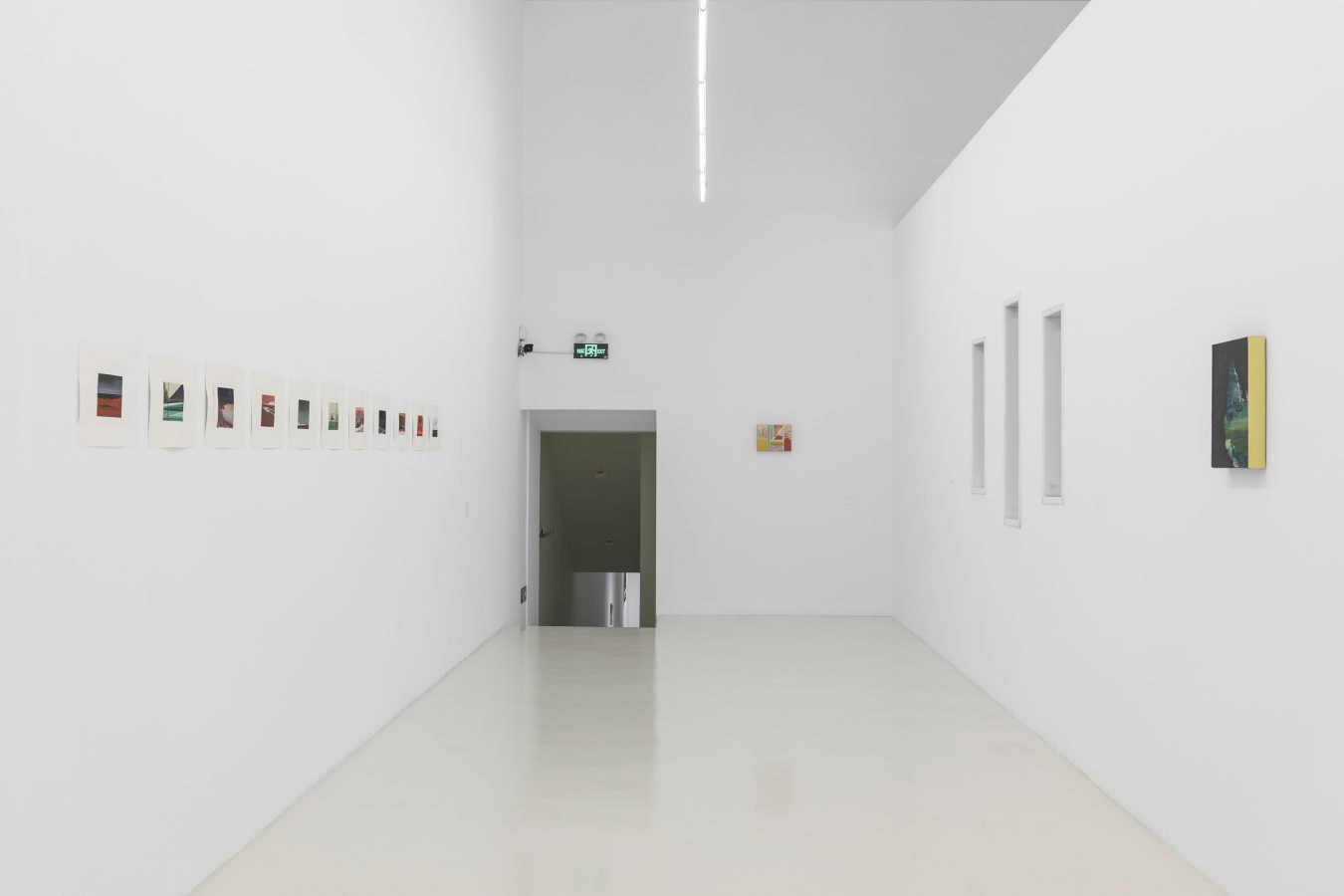 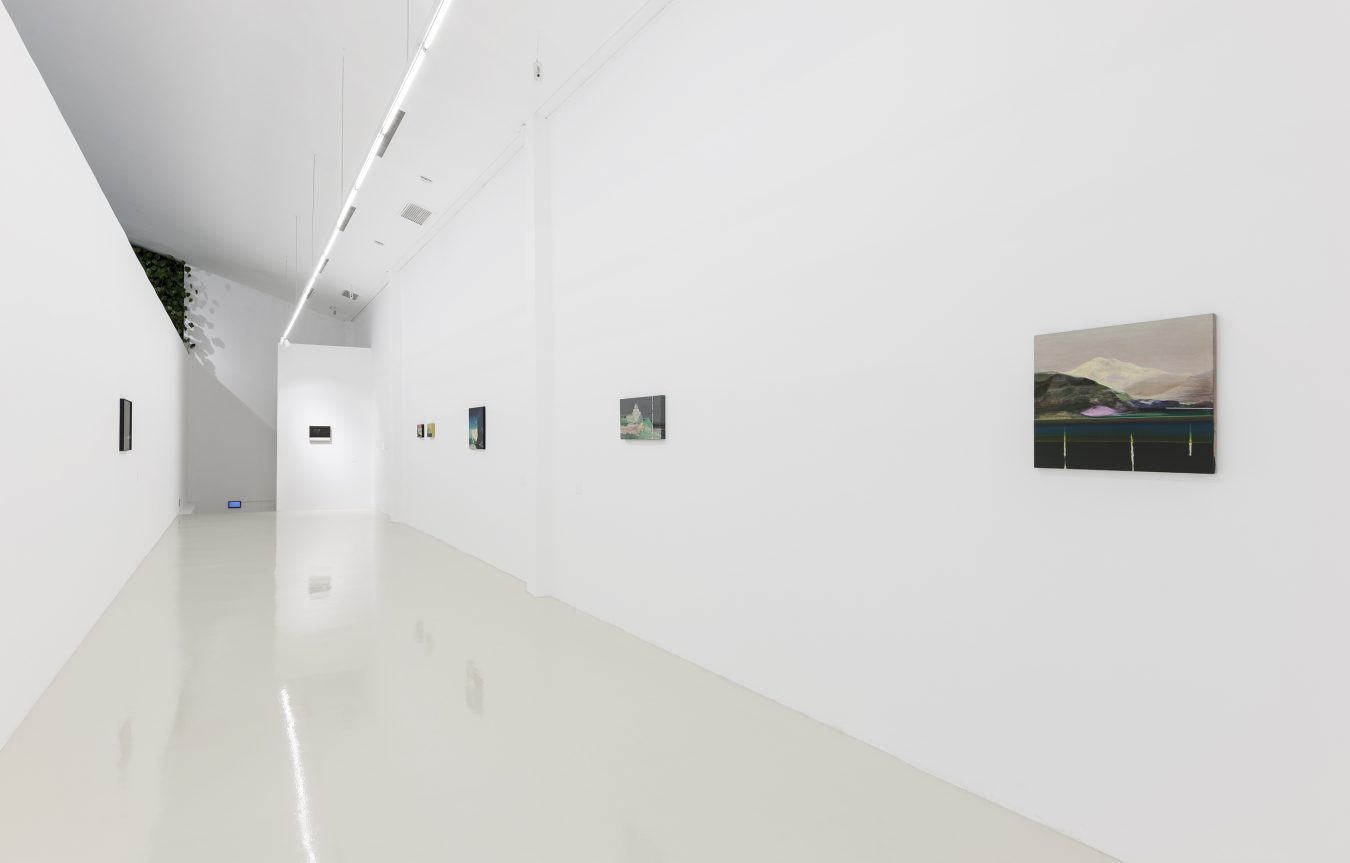 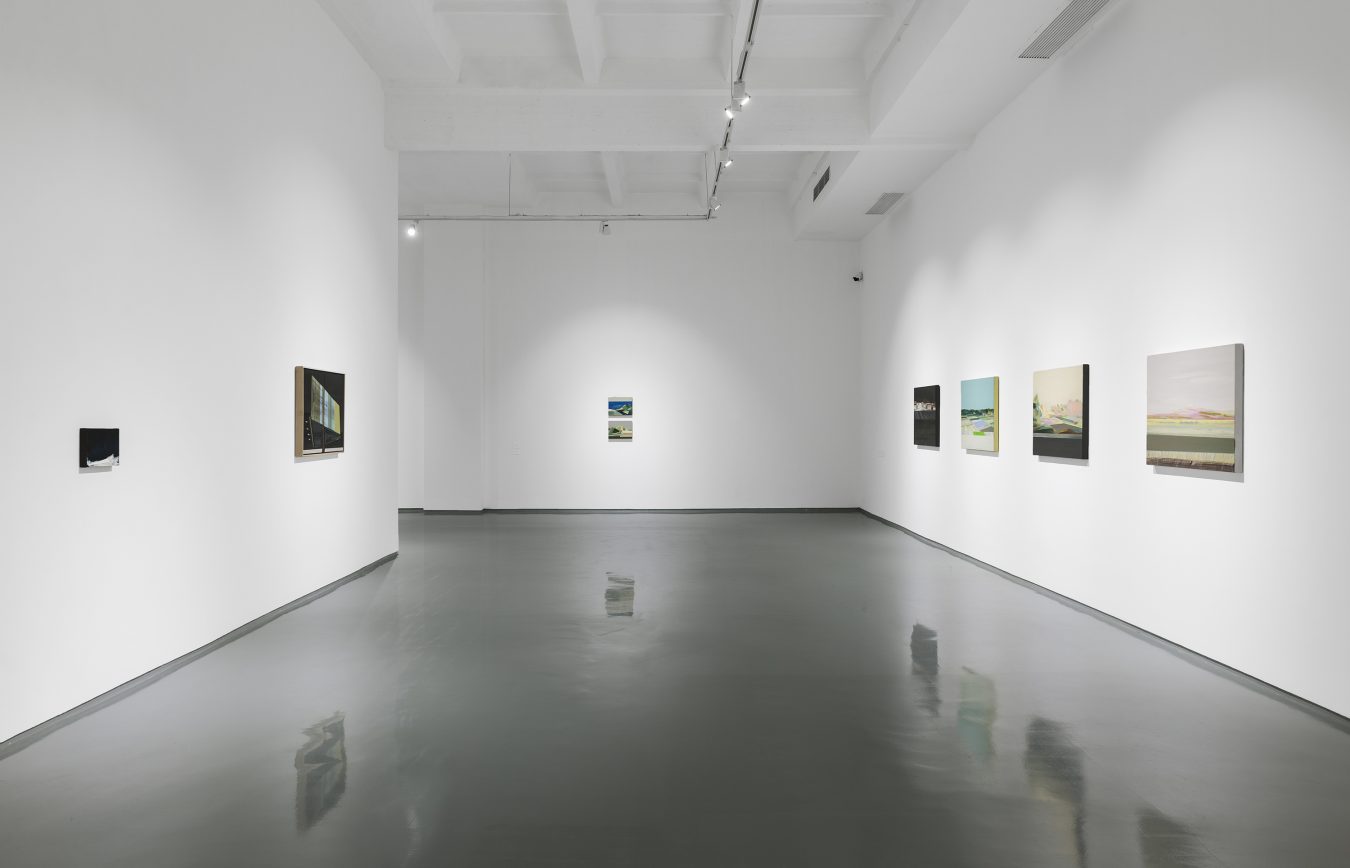 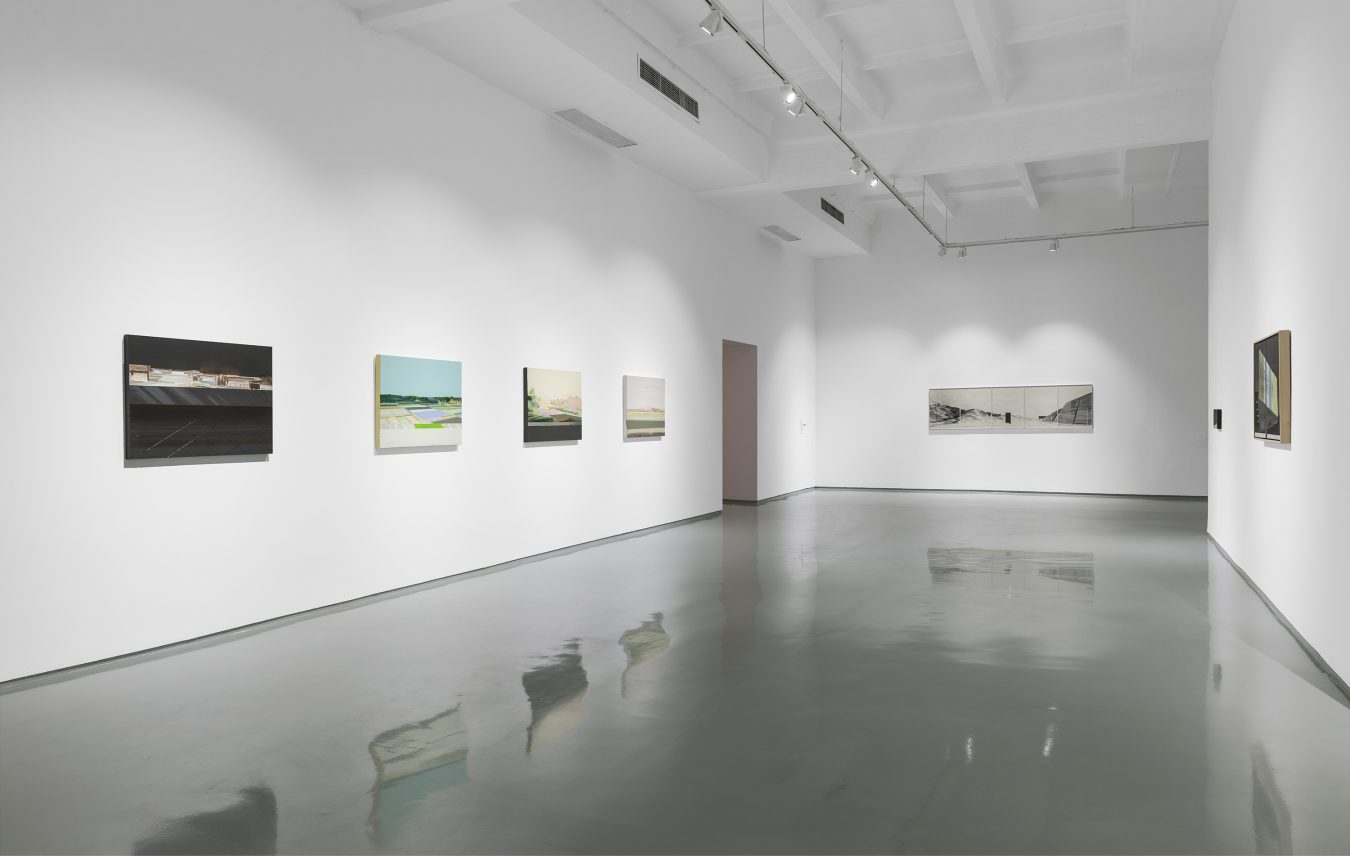 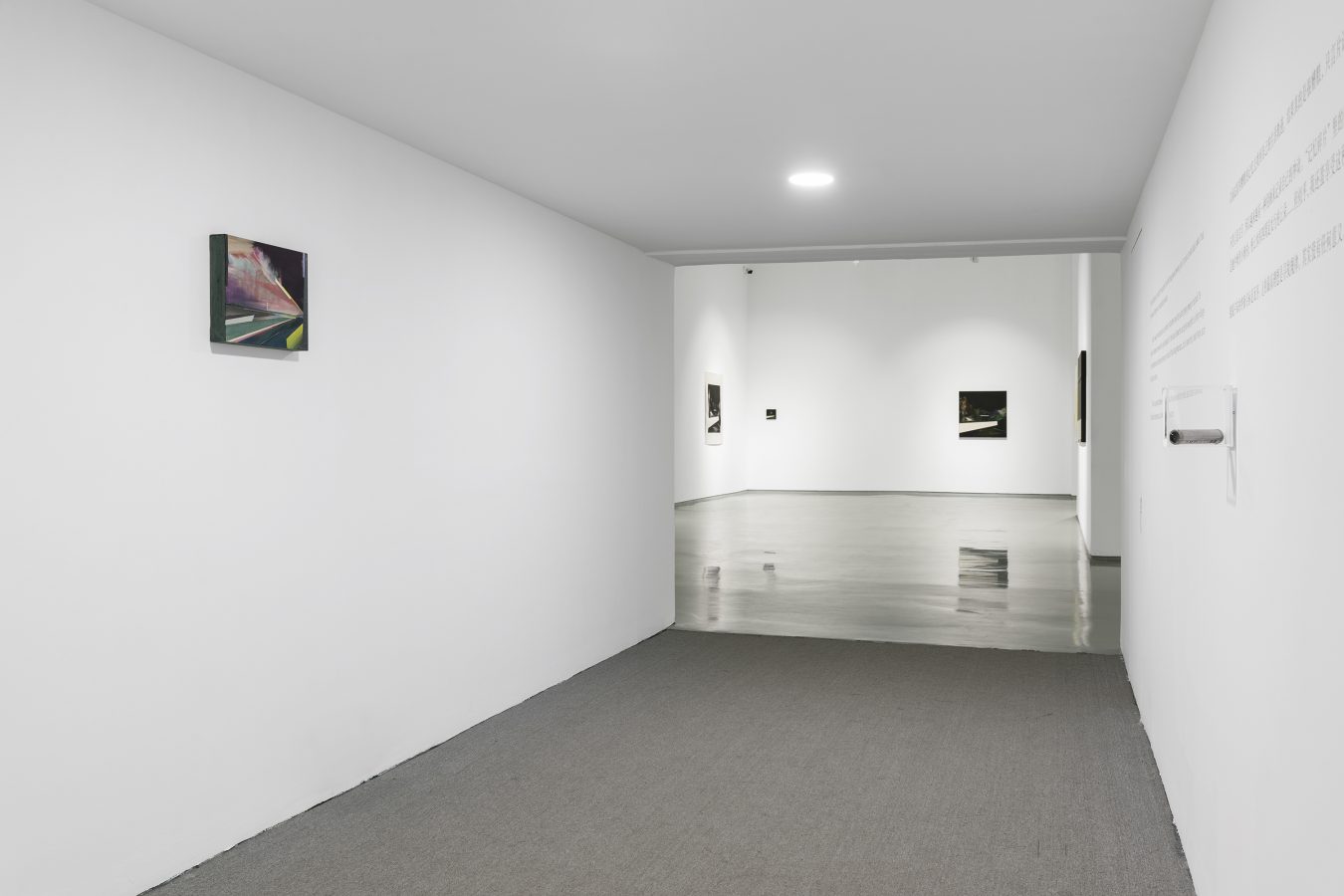 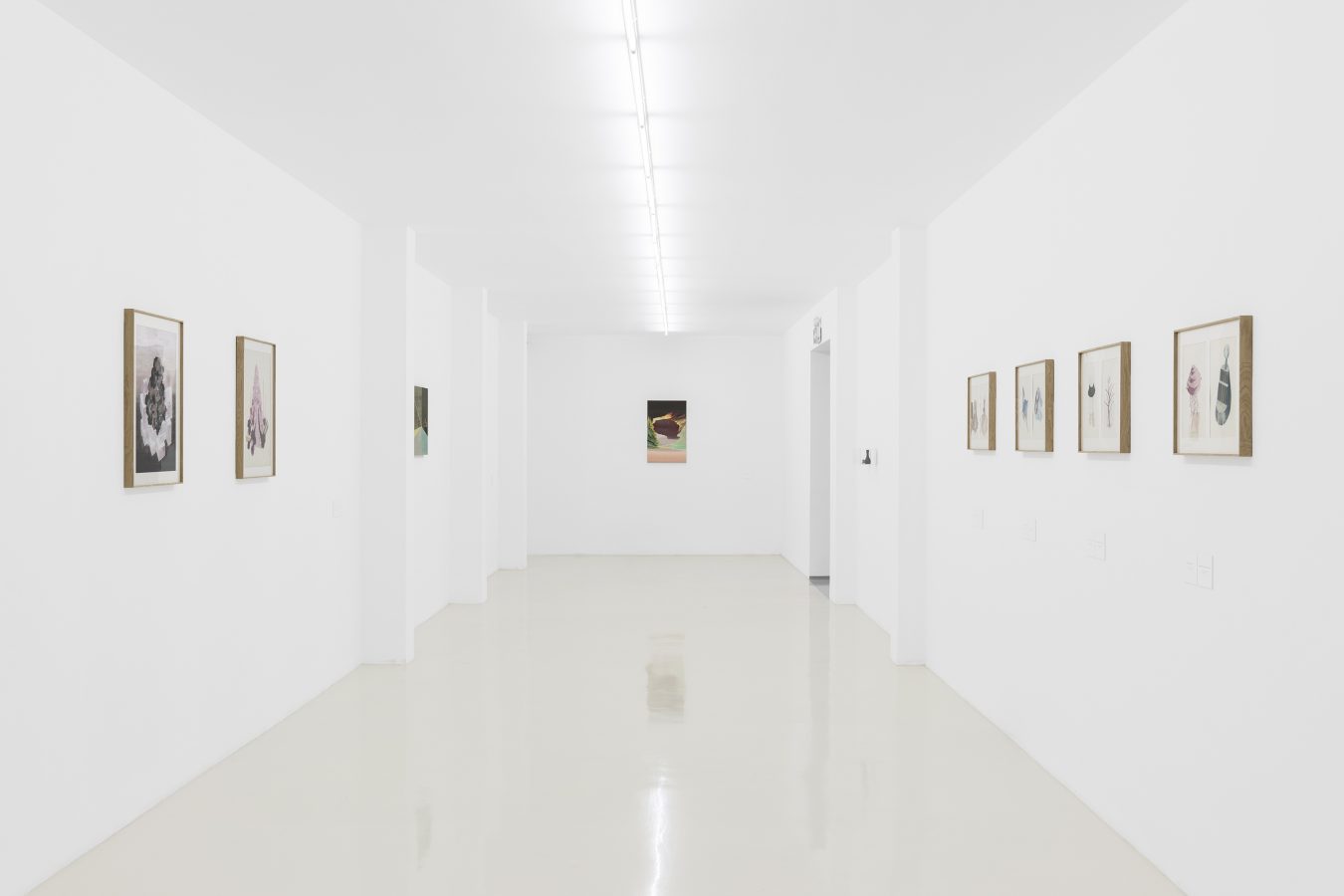 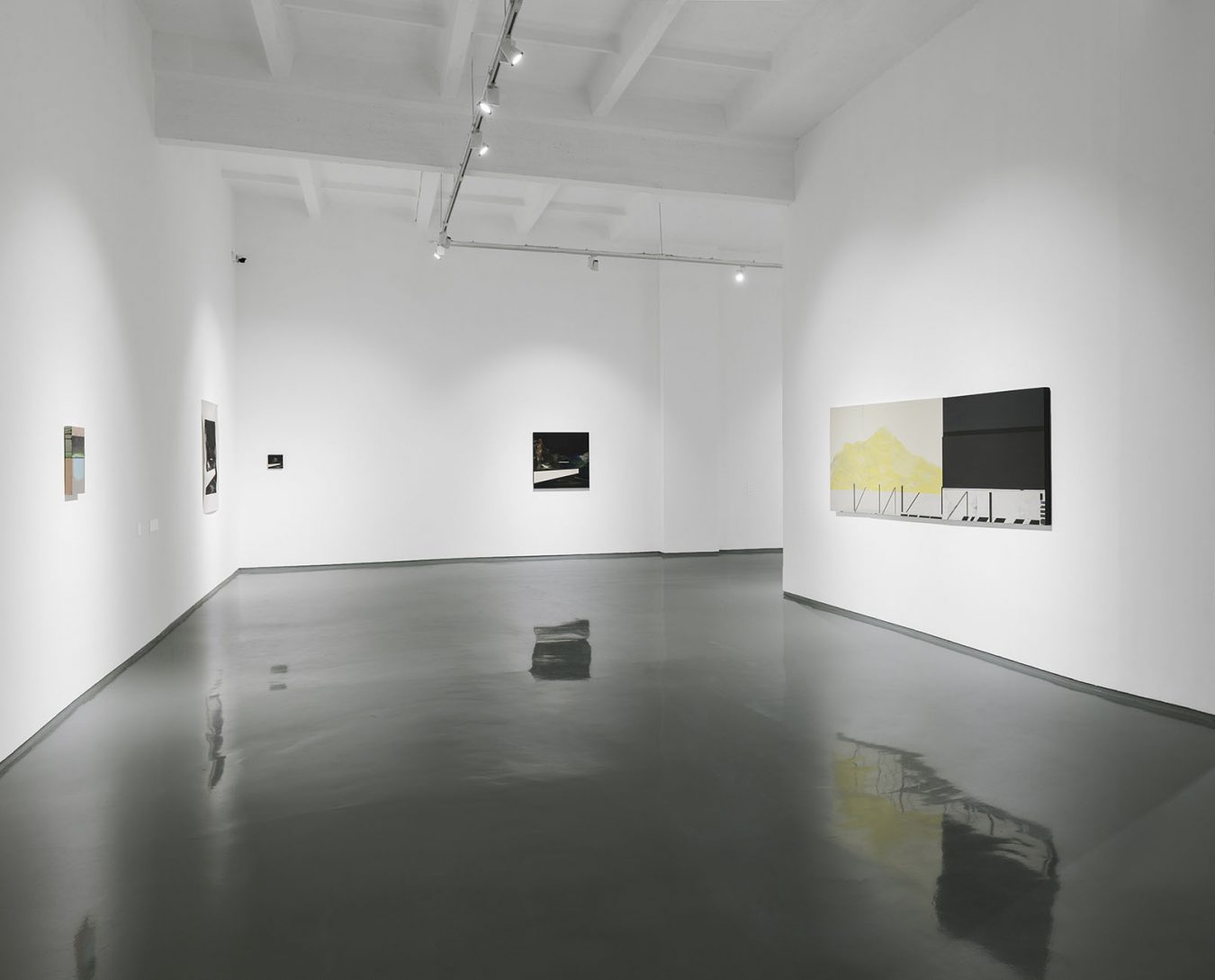 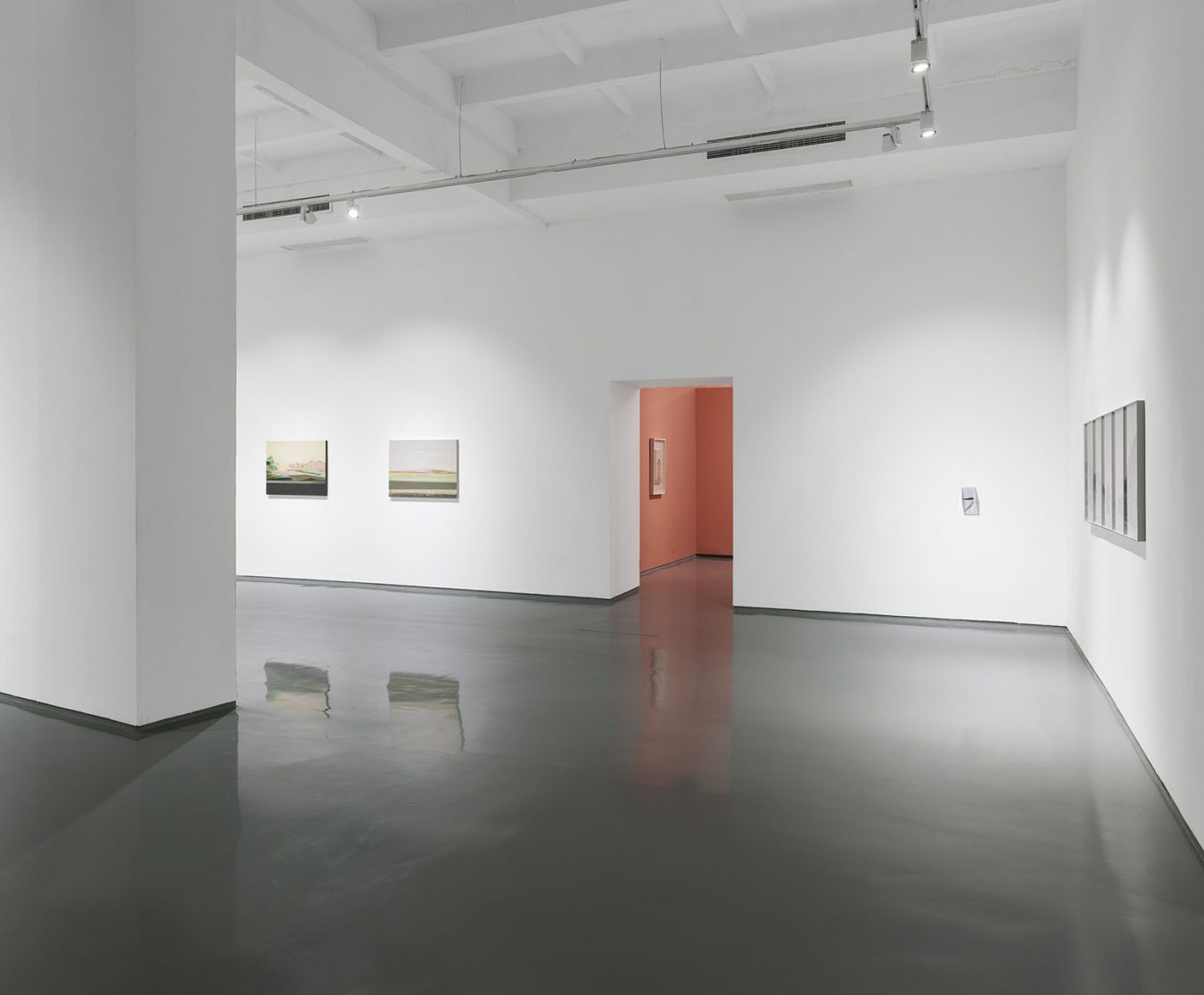 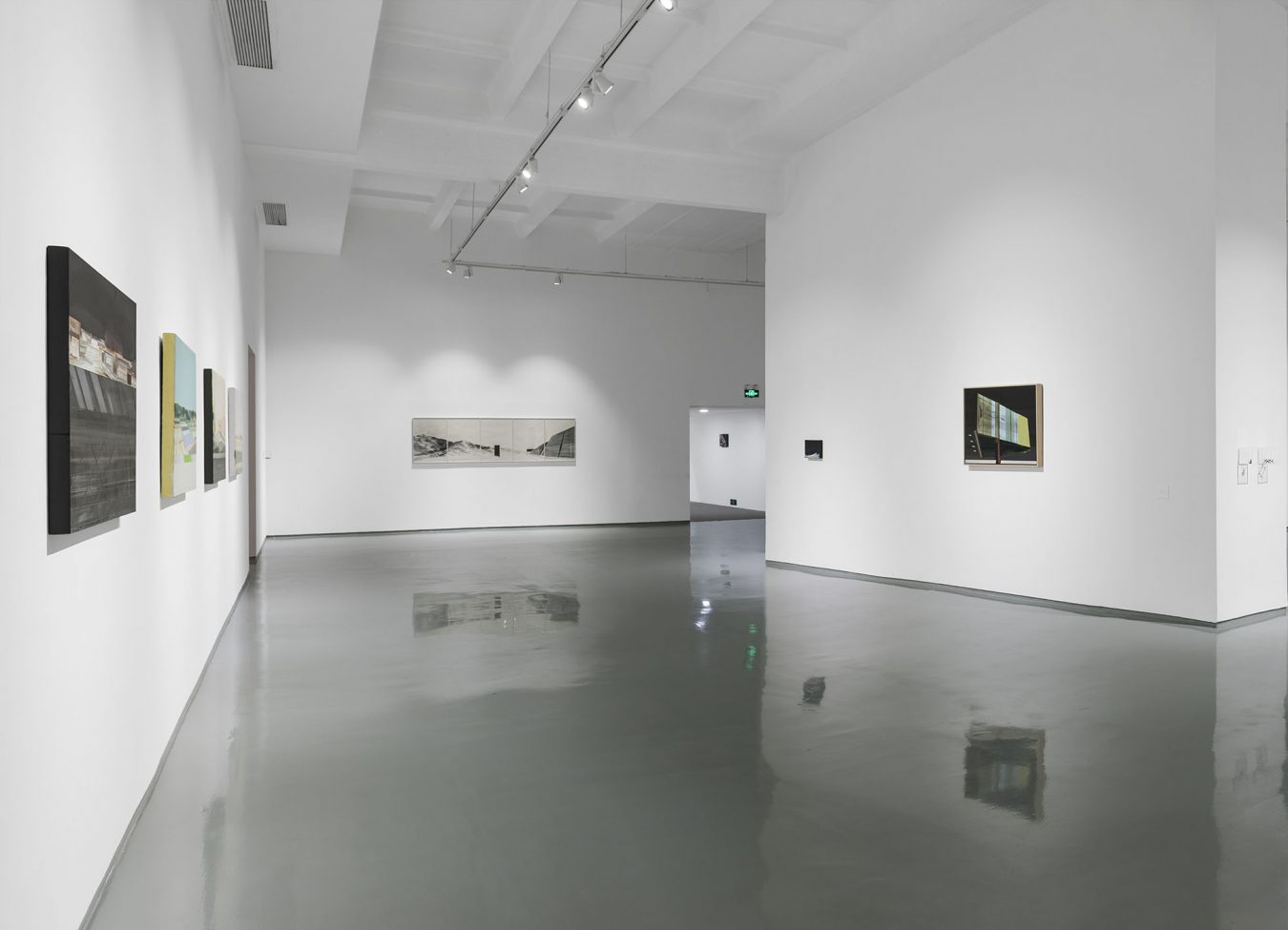 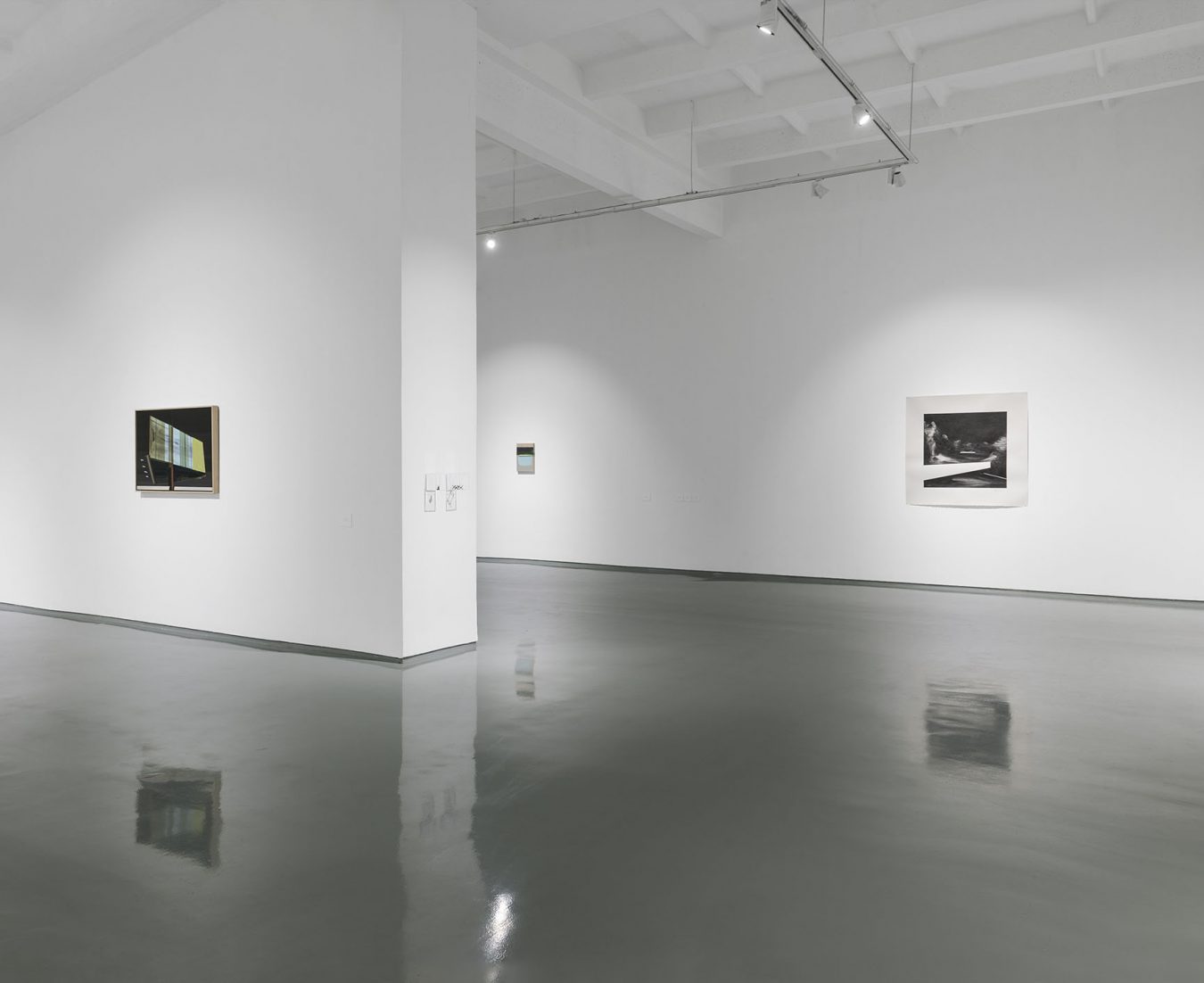 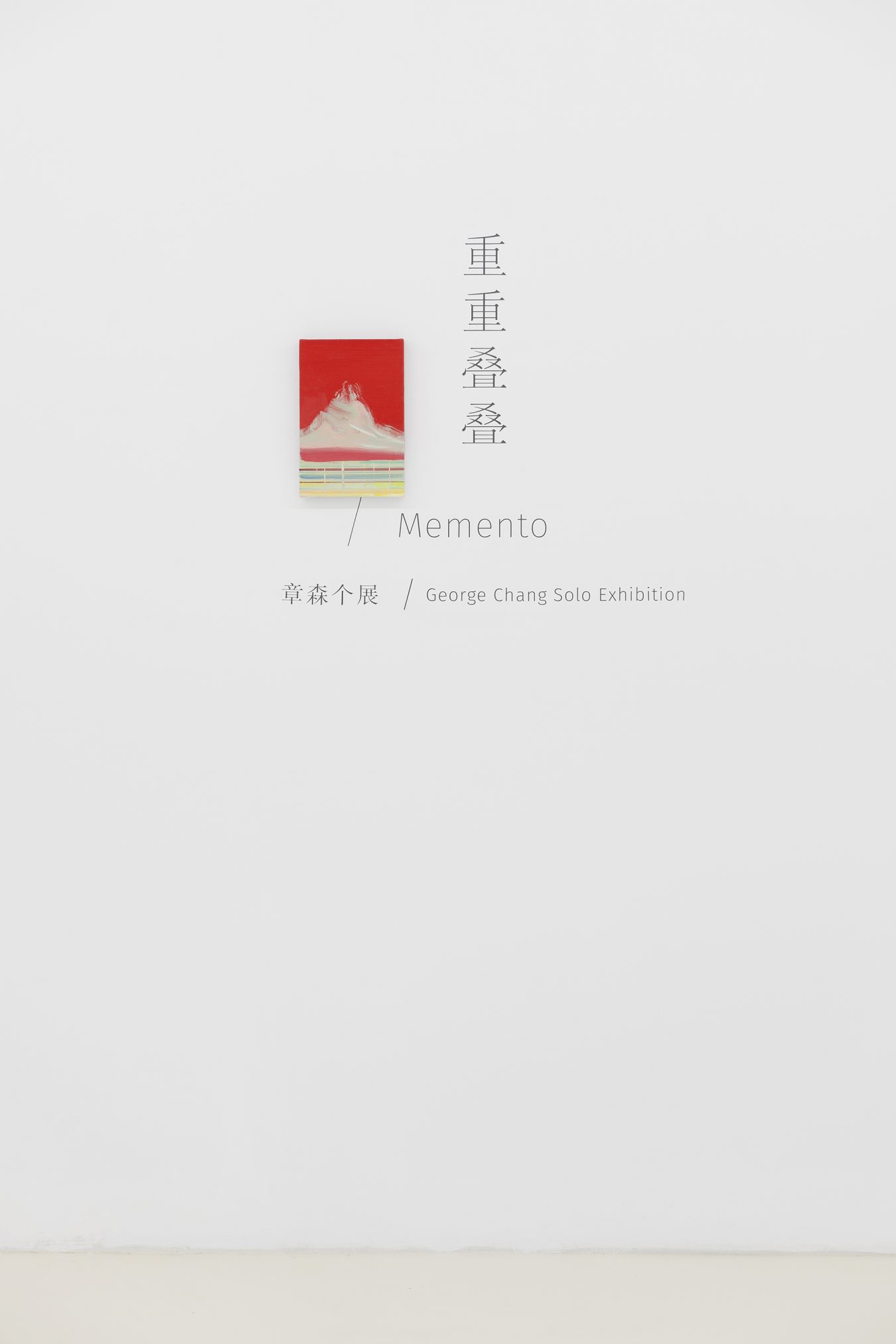 Hive Center for Contemporary Art (Beijing) is honored to pronounce that Memento: George Chang Solo Exhibition will be presented at Exhibition Hall C D and E from Oct 13 to Nov 25 2018.  The exhibition curated by Yu Fei,  and will present George Chang’s works since  2008. George Chang  has lived in New York for many years, and has received bachelor’s and master’s degrees at the Pratt Institute. As George Chang said in his statement, “There’s a saying that disorder is the ultimate goal of the universe, while the highest ideal of man is to find order. It’s actually meaningless at all. Overlapping, chaotic descriptions.”George Chang transforms and collages his own visual experience in the form of “memory fragments” into paintings, and connects them with movies, ready-made objects and words as clues, finally forming an artist’s book in the sense of space.

The paper works of George Chang from many years ago betray his genuine enthusiasm for form at the time. Everything he owned by chance would be used as an image trigger for a conversion from vision to association. Some of them seem able to self-reproduce in sub-forms, while some have formed closed circulative structures. There is certainly no need for any thorough analysis of the correspondence and structural rationality in between. Undeniably, in the early stage of Chang’s art journey, form was above color, hence his graphic depictions which cannot be easily classified as mere designs or paintings, just like Escher’s work. A few strokes of him on a normal-size piece of paper can demonstrate what Le Corbusier mentioned as the “weight of form”. Compared with the stateliness of architecture, however, these unfulfilled blueprints of Chang can give us a lightsome and lively impression.

But the game of form couldn’t satisfy George Chang for long, considering the infinite richness of color, so his return to the painterly style has brought his art into another dimension. The structure of horizontal, vertical and diagonal lines that dominates his painting can perhaps remind one of the Ocean Park paintings by Richard Diebenkorn, while the single-color hard-edge rectangles that divide his painting Barnett Newman’s art. But, obviously, Chang knew the right timing for calling a halt to the evolvement of his painting and thus saving it from minimalism, and dove into what Wassily Kandinsky referred to as a “quest for agreeable objects for the mere sake of color”. Chang decided to paint from the scenery on his journeys, and the shapes of his colors or the carriers of his journeys happen to agree with his personal experiences and moods. It’s true that, since the age of 15 when he moved to New York for education and later for work, Chang has almost always been on the move. These paintings, or legacies of time, all strictly follow the laws of perspective, as if the artist’s been collecting landscapes one after another along with the growth of his experience. Behind the classicalness and simplicity of his work, we can also find many of his secret tricks on color. George Chang can deconstruct anything into innumerable lumps of color, be it the tip of a mountain or the corner of a rice field, and form a set of orderly levels that coordinates conflict and harmony – such is his way of liberating his passion for editing color. Every mass of color is both an entity of pigment and an independent space which is also interlinked with others and contains a peculiar inherent source of light. So as the journey goes on, everything is naturally pulled back by the speed, and, in the corresponding spatial distortion, the color is shaken off and then falls back on the canvas, ending up as new light spots. Nevertheless, speed is more a reasonable excuse for triggering the distortion than the direct cause for it. In George Chang’s eyes, colors must be equal to each other, so without any real projection from outside, the colors in the picture form a system of their own, hence no opposition between light and shadow but only contrast between different lights.

Alert to his own preference and habit, perhaps, George Chang would sometimes take a break from his nonstop, continuous journey to construct an extension of his own work that features a span of time and then dig deeper into the problems that faced different stages of his. Take for example a small oil-painting he made in 2014. He reproduced it on both canvas and paper in 2017, so now we can see three similar but different variant paintings – Fuji, Kodak and Ilford1600. From Fuji to Kodak, the perspective relation in the painting shifts from focus to scatter, and the representational images of buildings are replaced by abstract lines that point to the new mountains at the two sides of the picture; and from Kodak, color oil on canvas, to Ilford1600, charcoal on paper, the delicate brushwork and coloring have given way to enhanced work on three-dimensionality. There’s no doubt that this series can be taken as an example of George Chang’s thinking process in painting that varies in different stages. And based on this, his later works such as Beijing Drifter have more complex and overlapped spatial relations, and still highlight the material volume deprived of the color. For the black and white geometric shapes, like a positive and negative pair, in the painting, one has compressed the depth of time while the other has traced the trajectory of some movement. The laws of perspective still active in the paintings give us the illusion that a definite destination exists, but there has never been any complete ending for him, whether in terms of physical travels, shifts in life, conversions in thinking or archaeology for artistic creation. The very act of painting is the only way, slightly effective though, to protect time from fleeting.