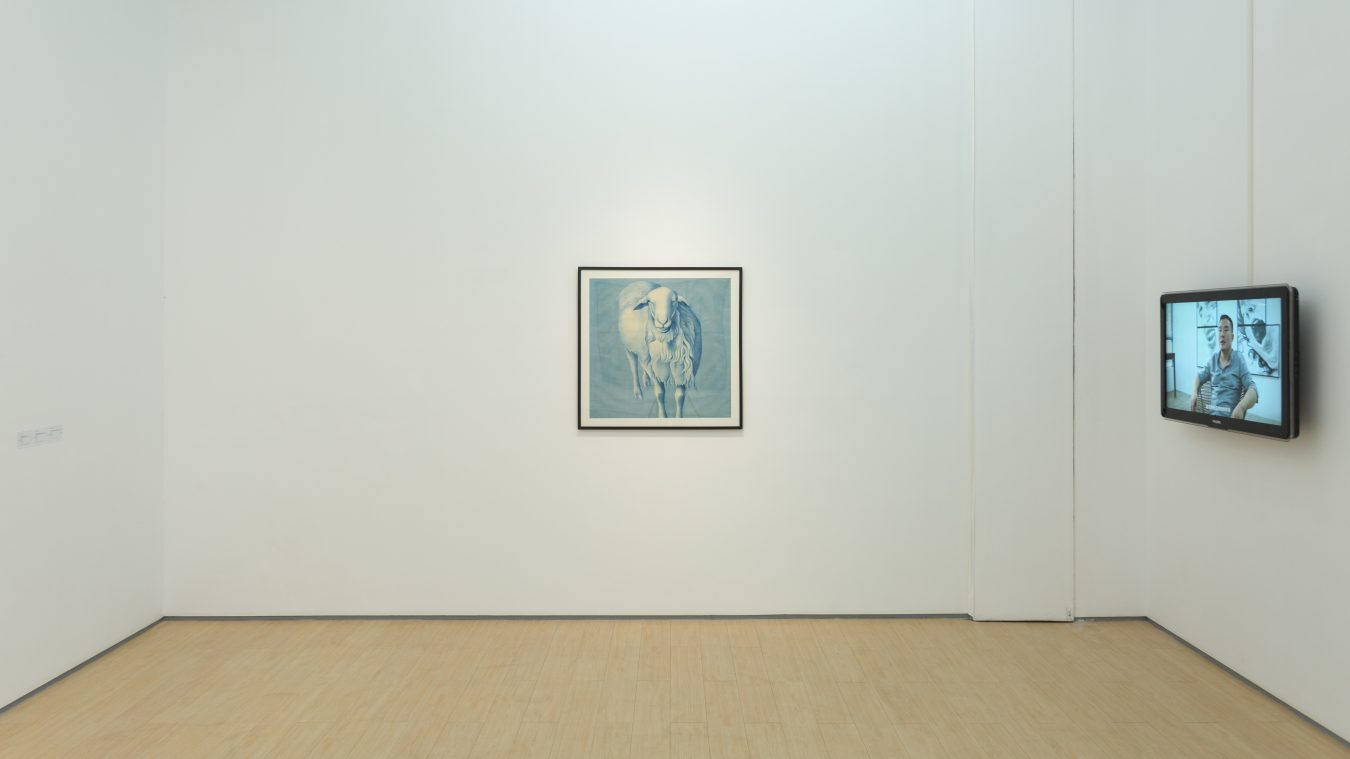 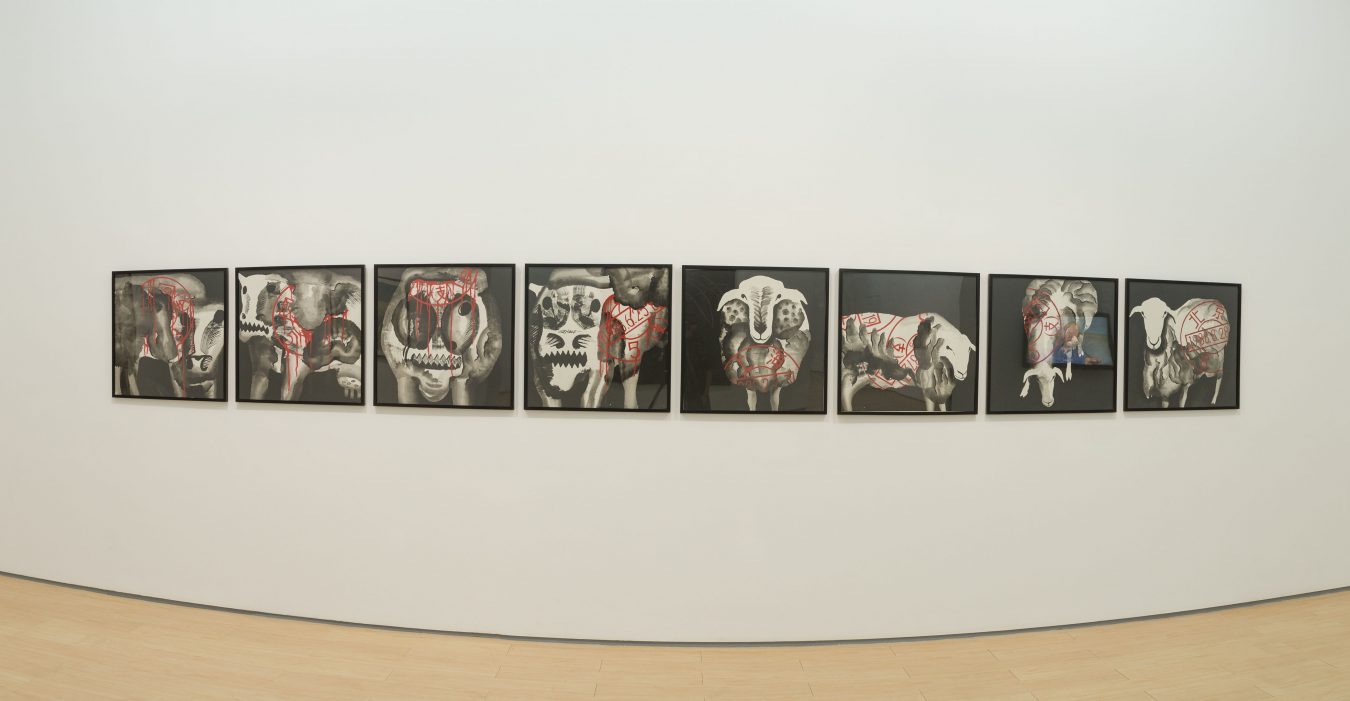 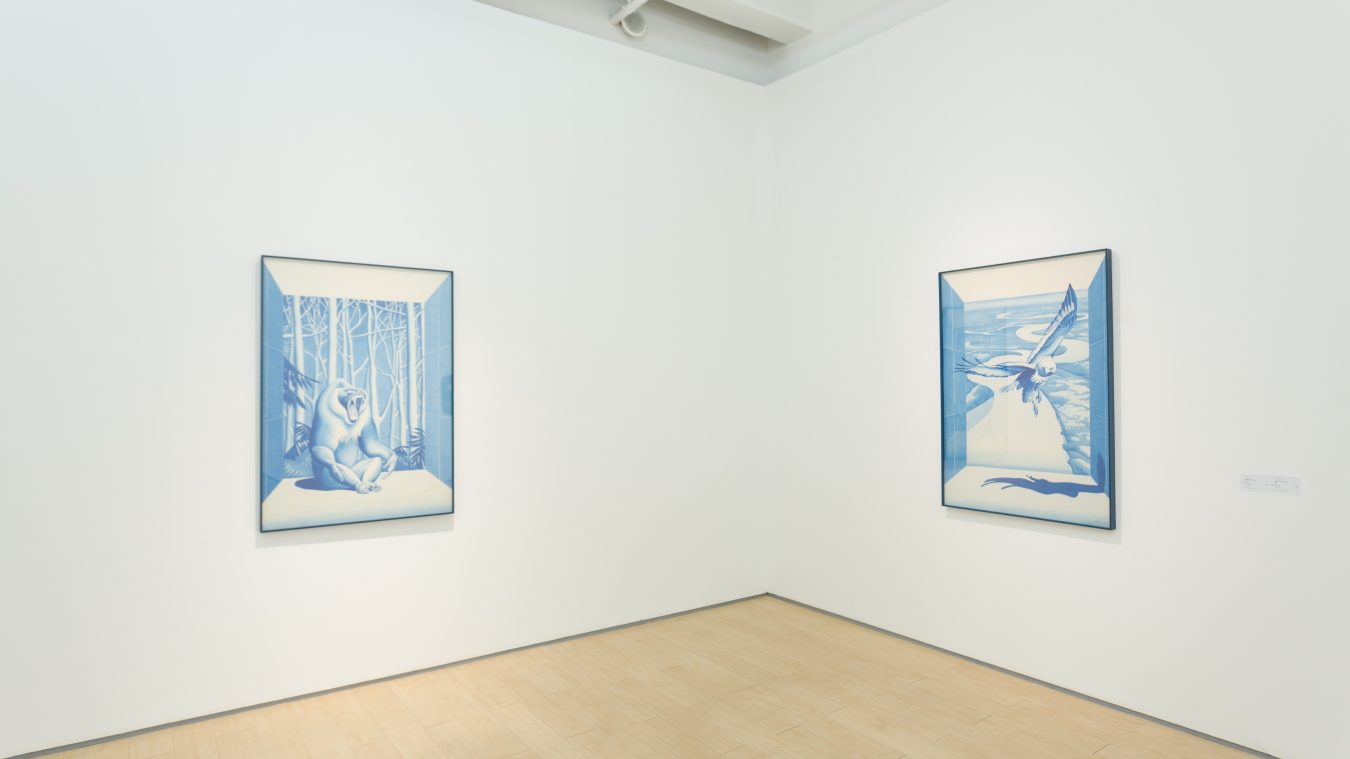 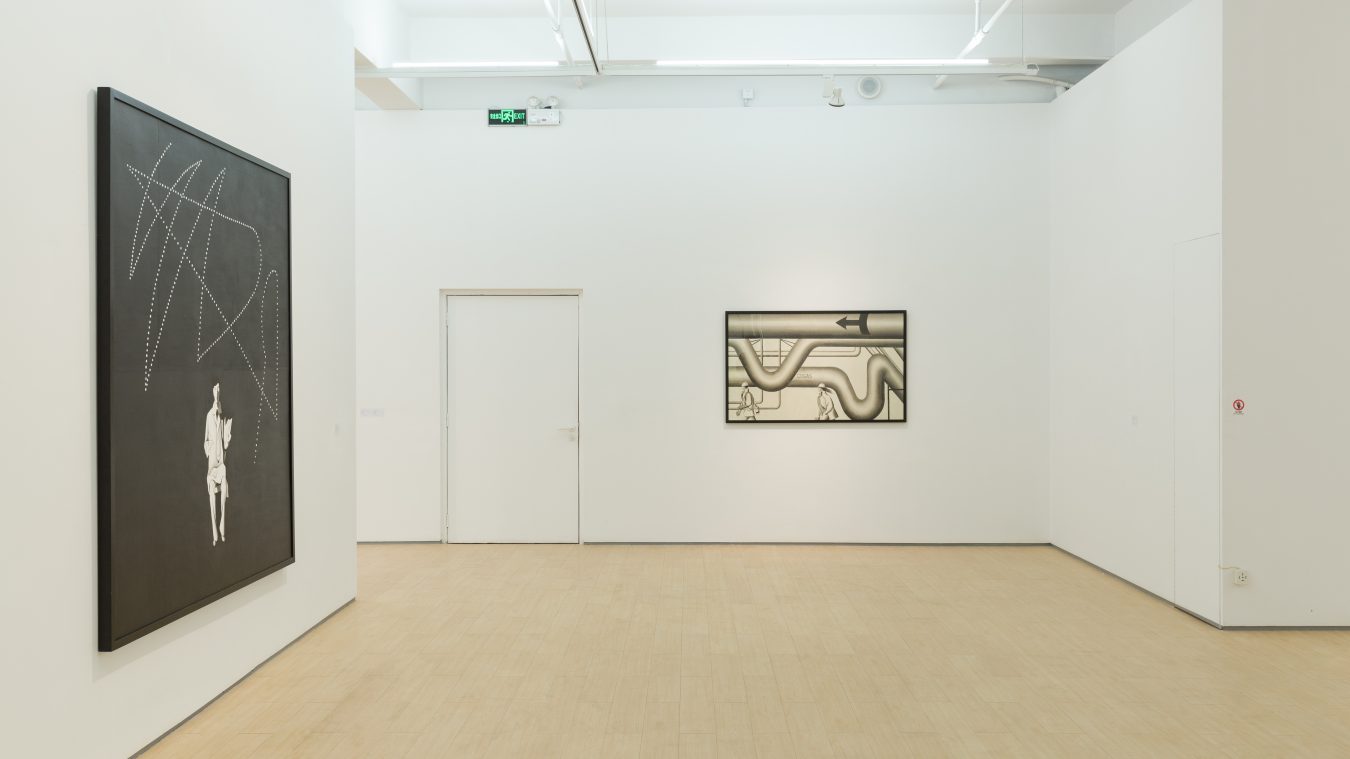 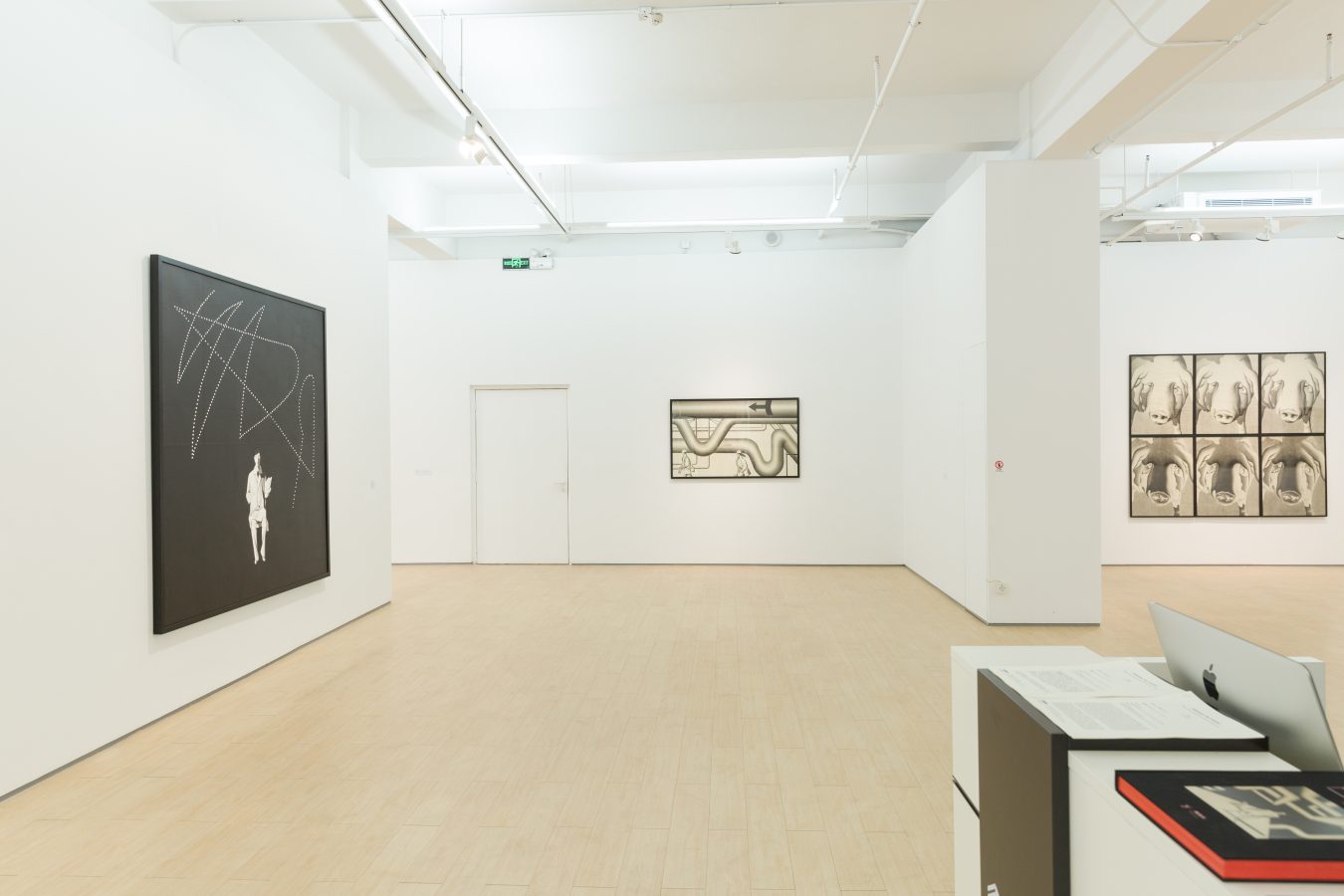 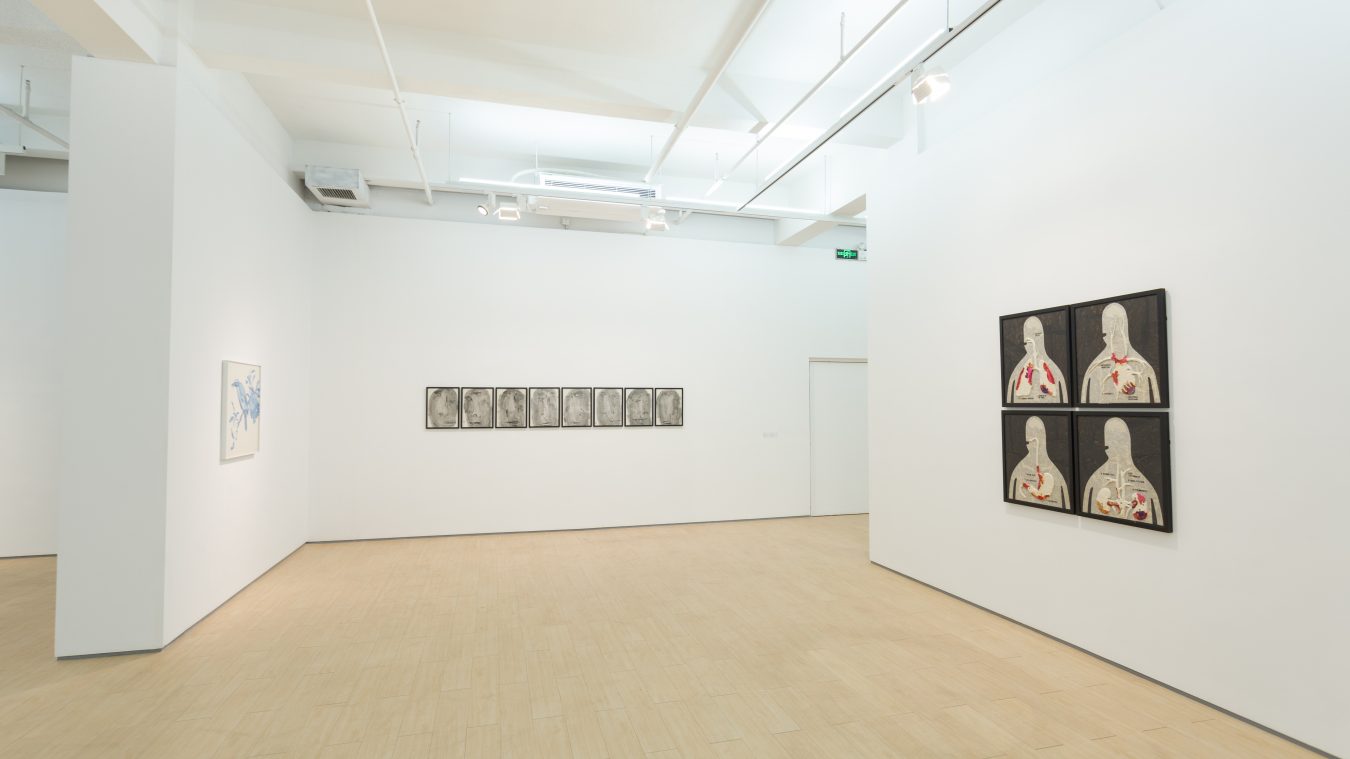 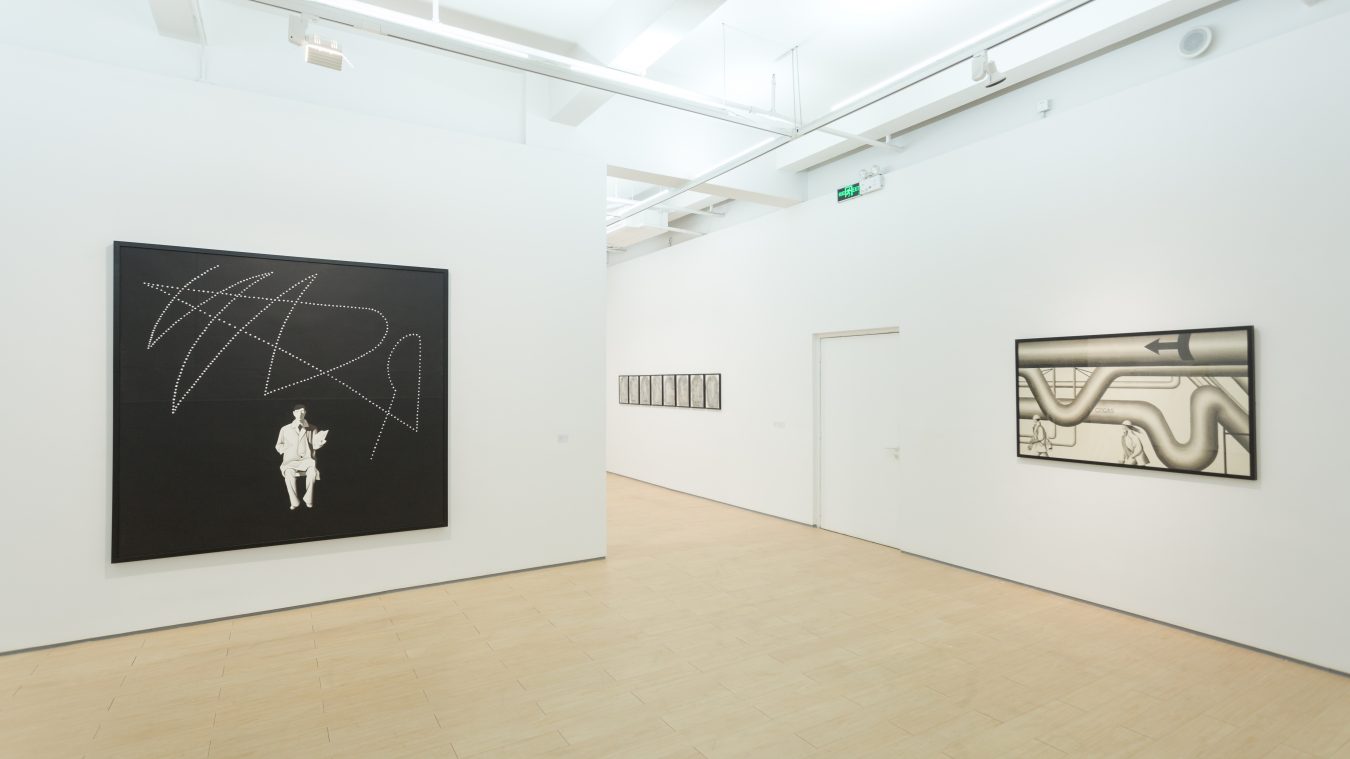 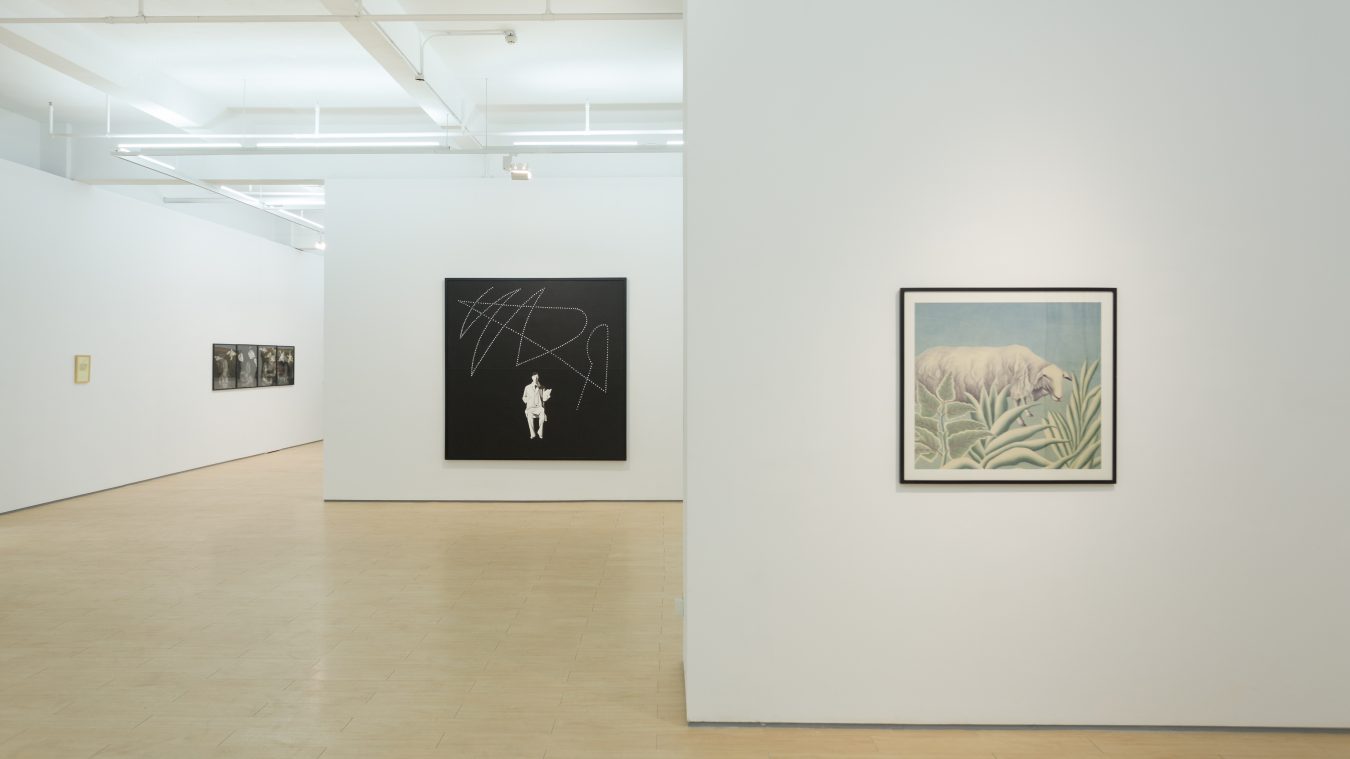 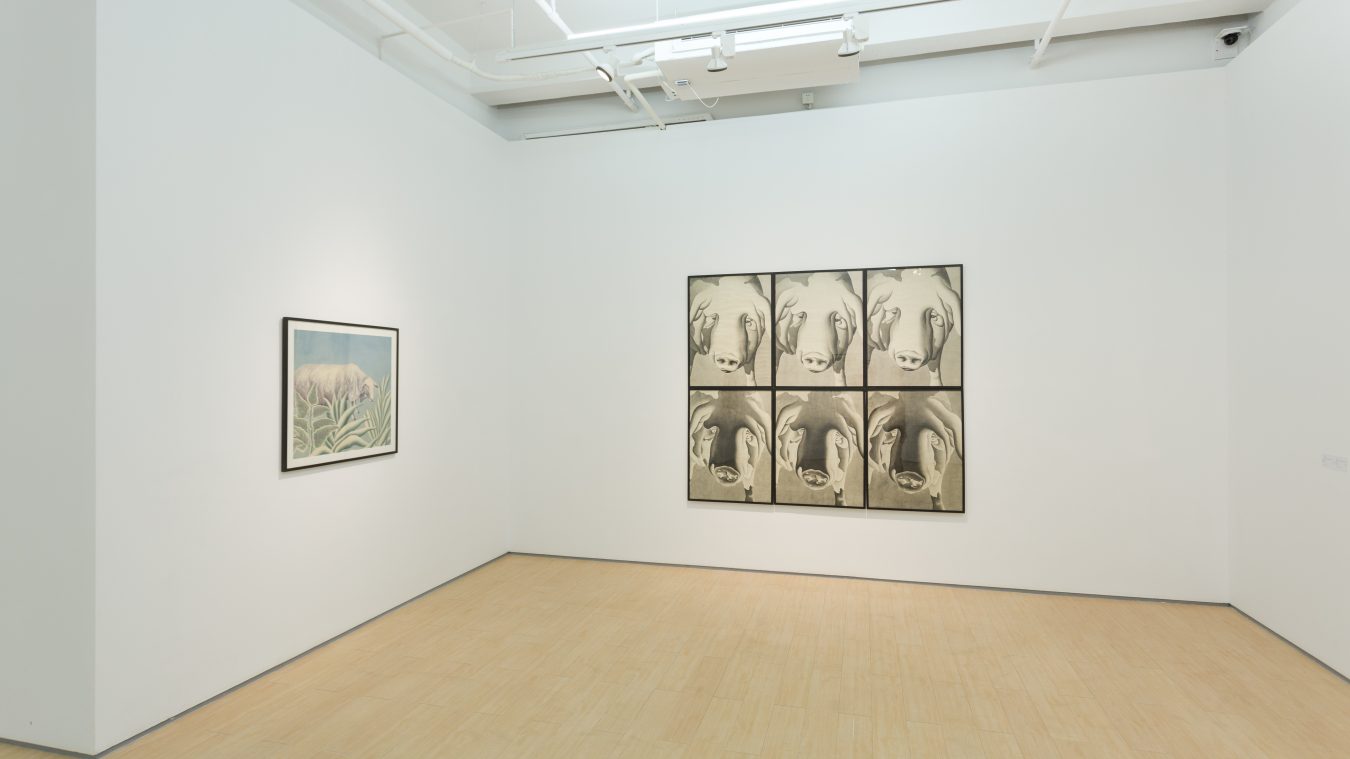 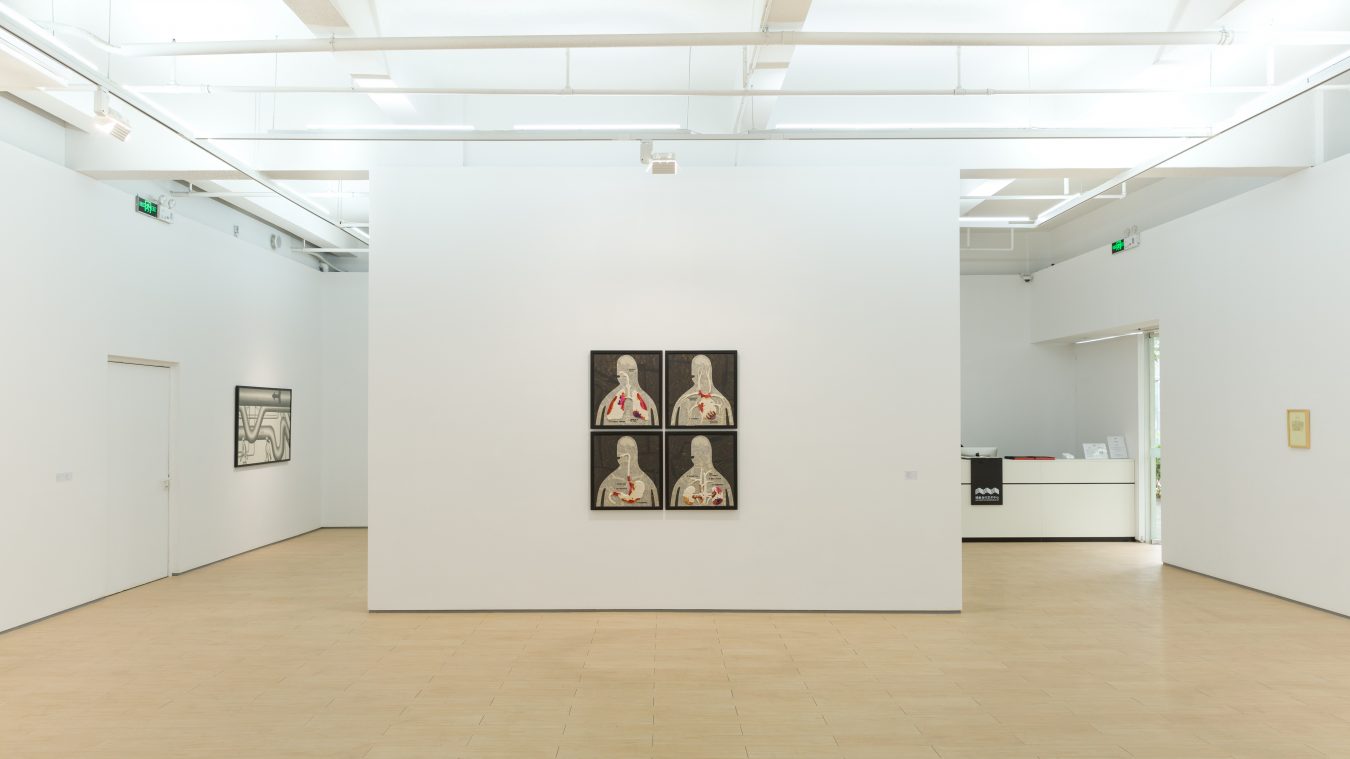 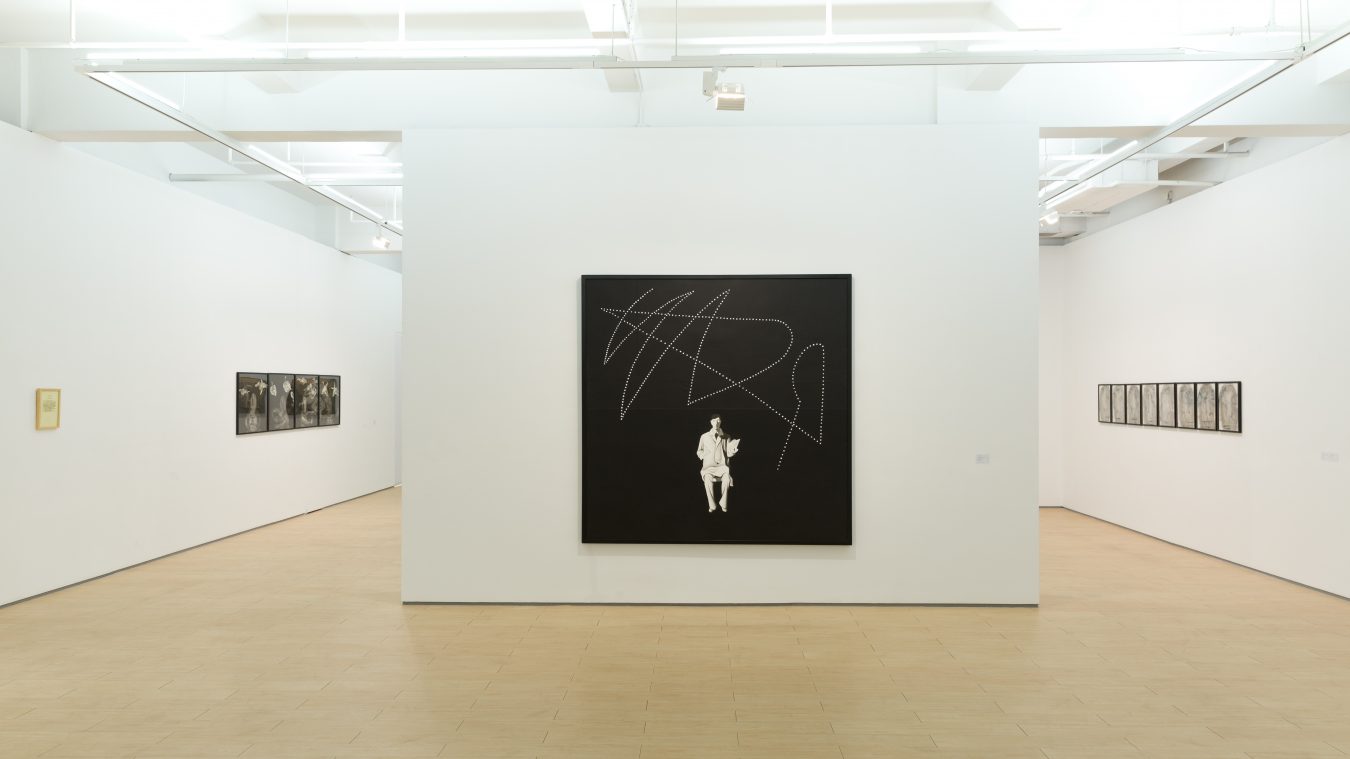 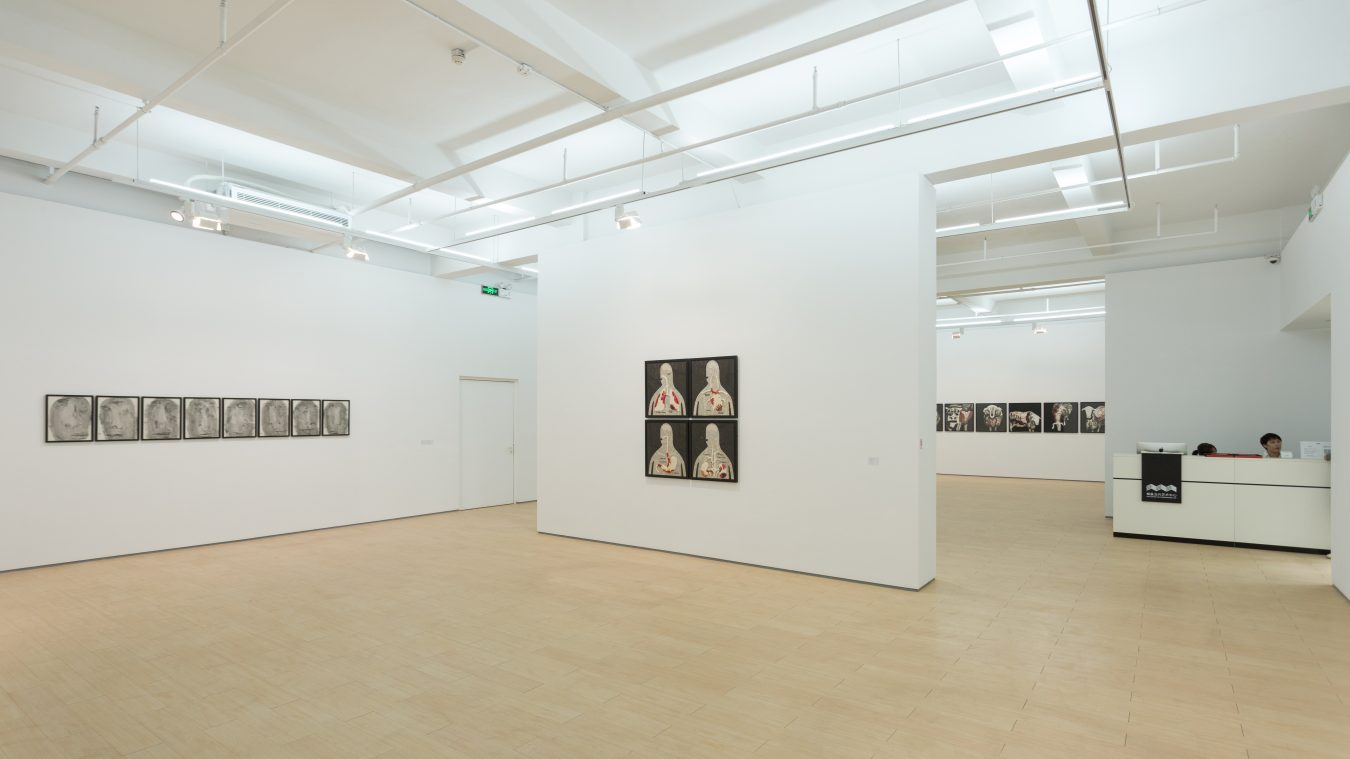 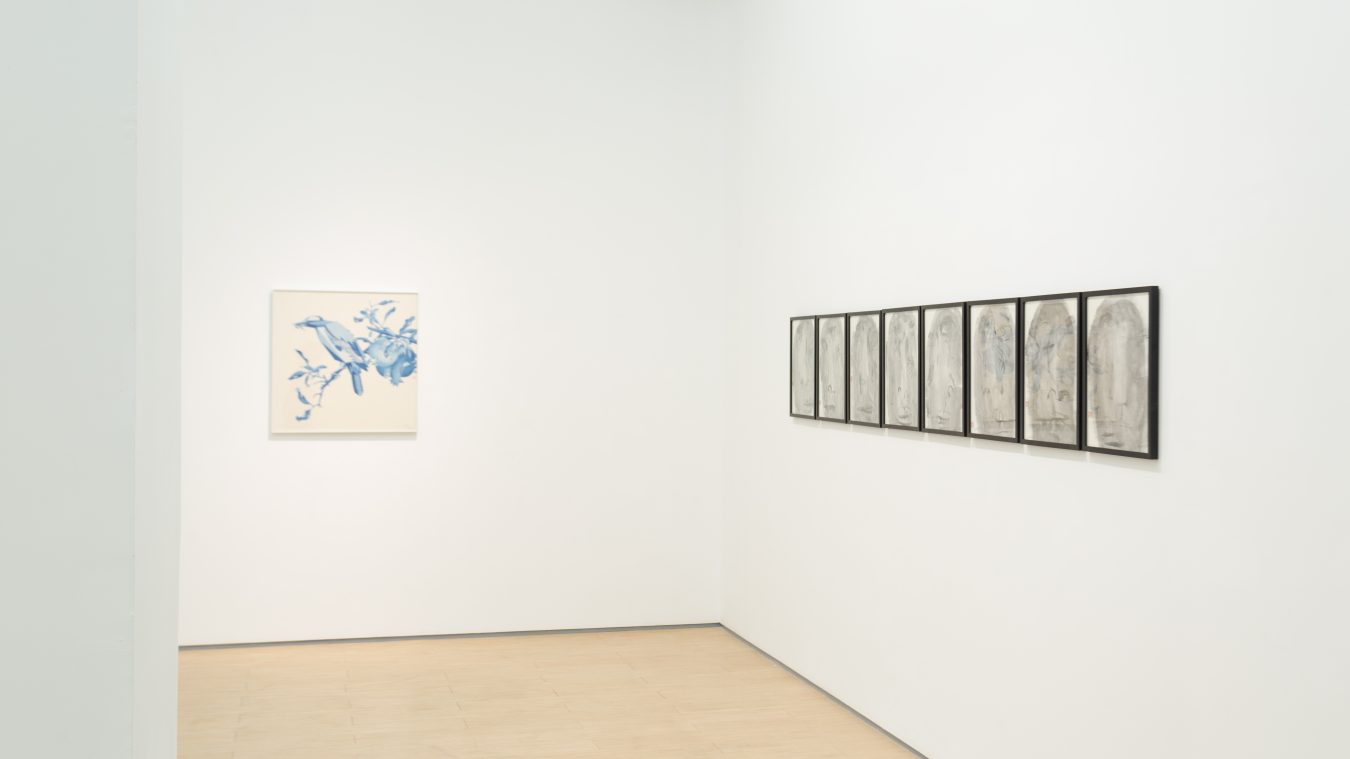 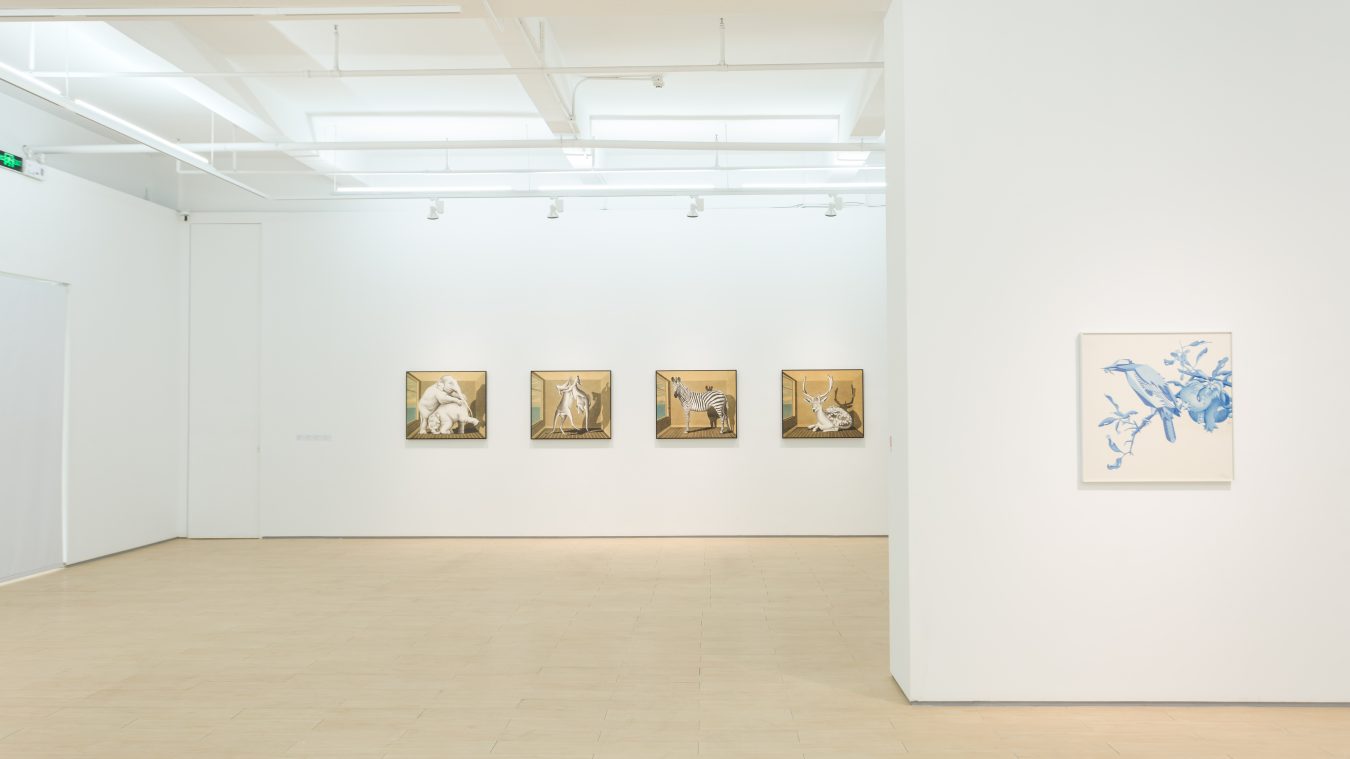 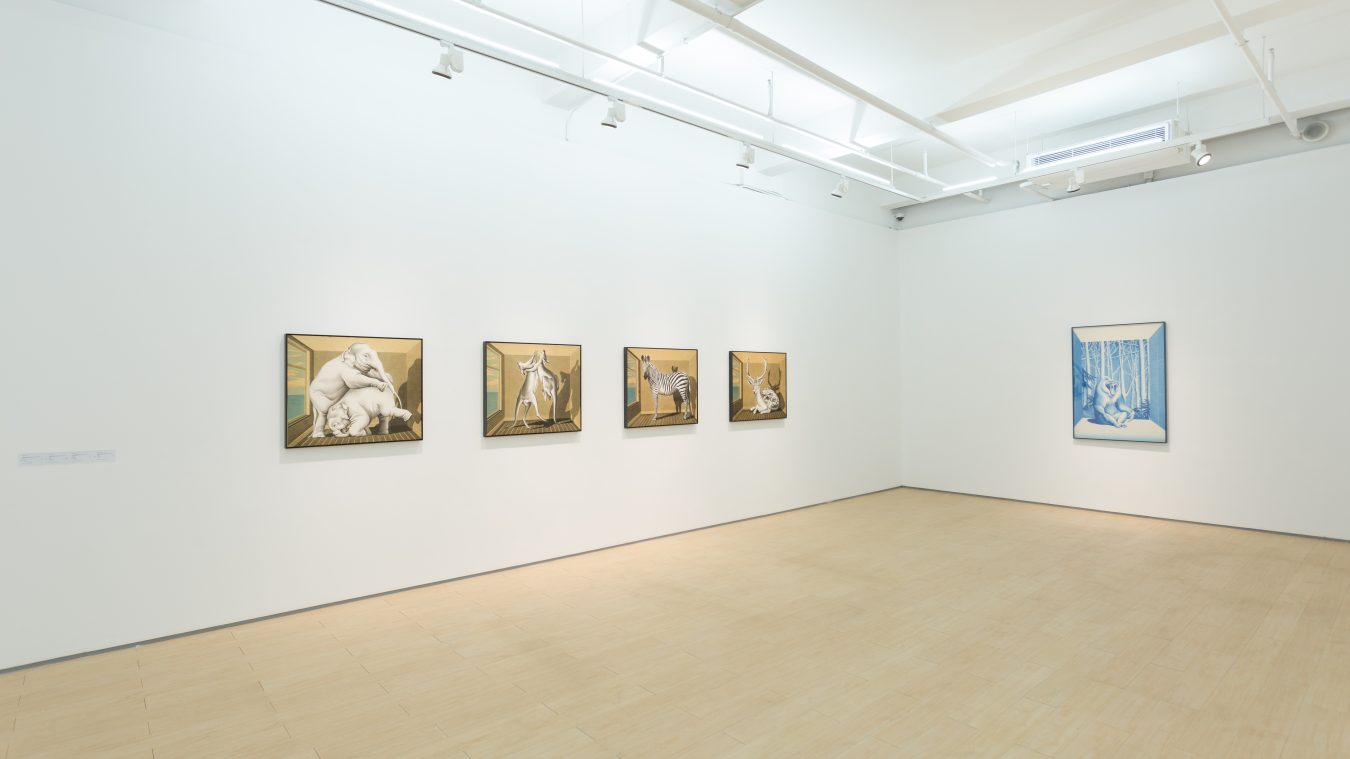 Hive Center for Contemporary Art (Shenzhen) is honored to announce the opening of Magritte’s Room: Song Ling’s Creative Trajectory in Thirty Years, which will launch on 3rd November, this is the artist’s fourth solo held in Hive after the great success achieved at Today Art Museum in Beijing and the exhibition Ghosts in the Mirror—Song Ling 1985-2015 by Zhejiang Art Museum during 2014 and 2015. This exhibition focuses on the part of Song Ling’s work that represents his art over the last thirty years and presents a great quantity of literature, materials and documentaries about the artist, in order to give a full review of Song Ling’s particular artistic landscapes and creative clues of the three stages of his, marked by the ’85 New Wave art movement, his life abroad and his return to China. The artist’s latest series of works Magritte’s Room series present a rare warm, mysterious and romantic composition, which has also made it possible for his latest Magritte’s Room to interact with his earlier People-Pipelines series over time. This show will continue until December 2nd, 2018.

Song Ling was born in Hangzhou in 1961, and graduated from Zhejiang Academy of Art in 1984. His series People-Pipelines was featured in ’85 New Space, one of the most important exhibitions of the ’85 New Wave art movement. These works used Surrealist techniques to prophet the human contradictions of the era of industrialization. He placed the expressionless, symbolic character in the background of a circular pipe with industrial characteristics—even the human body has been alienated into a world of pipes, depicting the reality that people are alienated without knowing themselves.

In 1986, he joined Zhang Peili, Geng Jianyi and others to found the Pond Association. Song Ling participated in every collective art creation of that artist group, which elicited a powerful societal response at the time. At the same time, Song Ling also reached a high point in his individual creations. Between 1986 and 1987, he created a series of ink paintings entitled Meaningless Choice?. In this series, Song Ling absorbed and incorporated the expressive forms and linguistic traits of photography to create numerous reproductions of the same image (mostly livestock). This approach calls to mind Walter Benjamin’s critique on the work of art in the age of mechanical reproduction. The artist’s depictions of these animals can also be seen as depictions of people: in the era of industrial technology and mechanical cultivation, man and livestock share the same fate. At that time, “Art” magazine, “China Art Newspaper” and so on, with cover and front page, etc., introduced Song Ling’s creation. The Pond Association and those people who participated like Zhang Peili, Geng Jianli, Song Ling, etc. were one section that could not be neglect of Chinese contemporary art history.

After 1987, as the tumultuous ’85 New Wave art movement was approaching its close, Song Ling left China to study and live in Australia. Once in Australia, he continued with his already-formed unique individual style. Aside from ink painting, he also experimented with mixed-media collage, acrylic and other mediums, 12 solo exhibitions had been organized. During his residence in Australia, Song has concerns about Chinese contemporary scene as always, and he returned to Hangzhou to set up a studio in 2013, beginning a brand new phase of personal creation. Song Ling’s created works include series like The Instrument, Nightwalker, Skull, Dead Bird and the Wildlife series in the past few years; by extracting the vital heat of every object, Song Ling captures all the rare, vanishing secrets in the cold and lonesome darkness.

The title of the exhibition Magritte’s Room comes from the same name of Song Ling’s  latest works in 2018. In this series, Song Ling has constructed his virtual Dasein and reset the order of space and time on paper, linked his art surrealistically to the covert part of the real world, and probed into the reorganization of the established structural order based on the acknowledgement of the connection between man and animals. Since the mid 1980s, Song Ling’s questioning on the alienation of human society has been an important thread throughout his personal art history. In this colossal ecology of contemporary art, Song Ling has never been subject to any concept, and he’s always been trying as an intellect to respond to the common destiny of our times, which betrays the type of sensitivity, imagination and social responsibility and introspection that we can only find in a scholar.