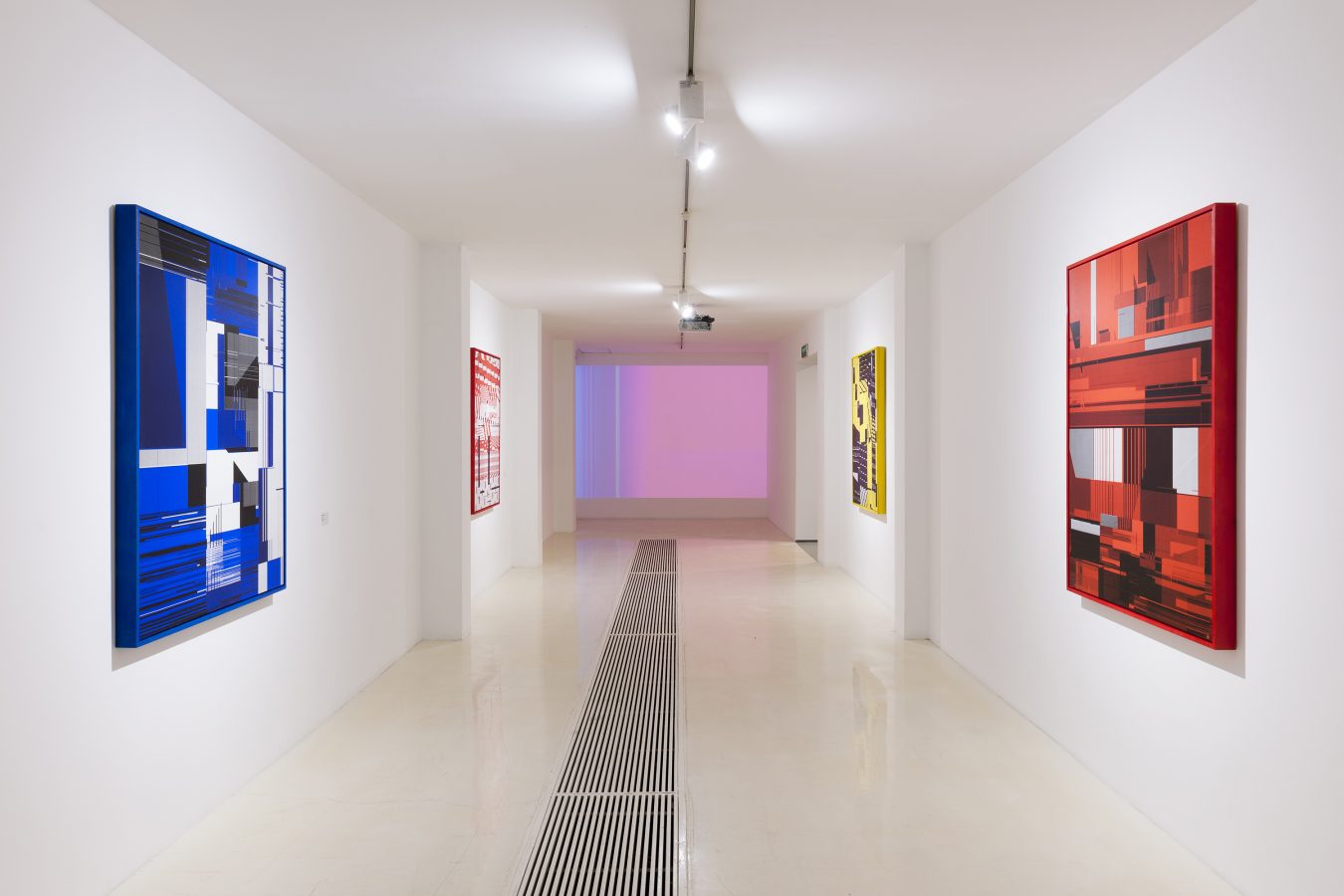 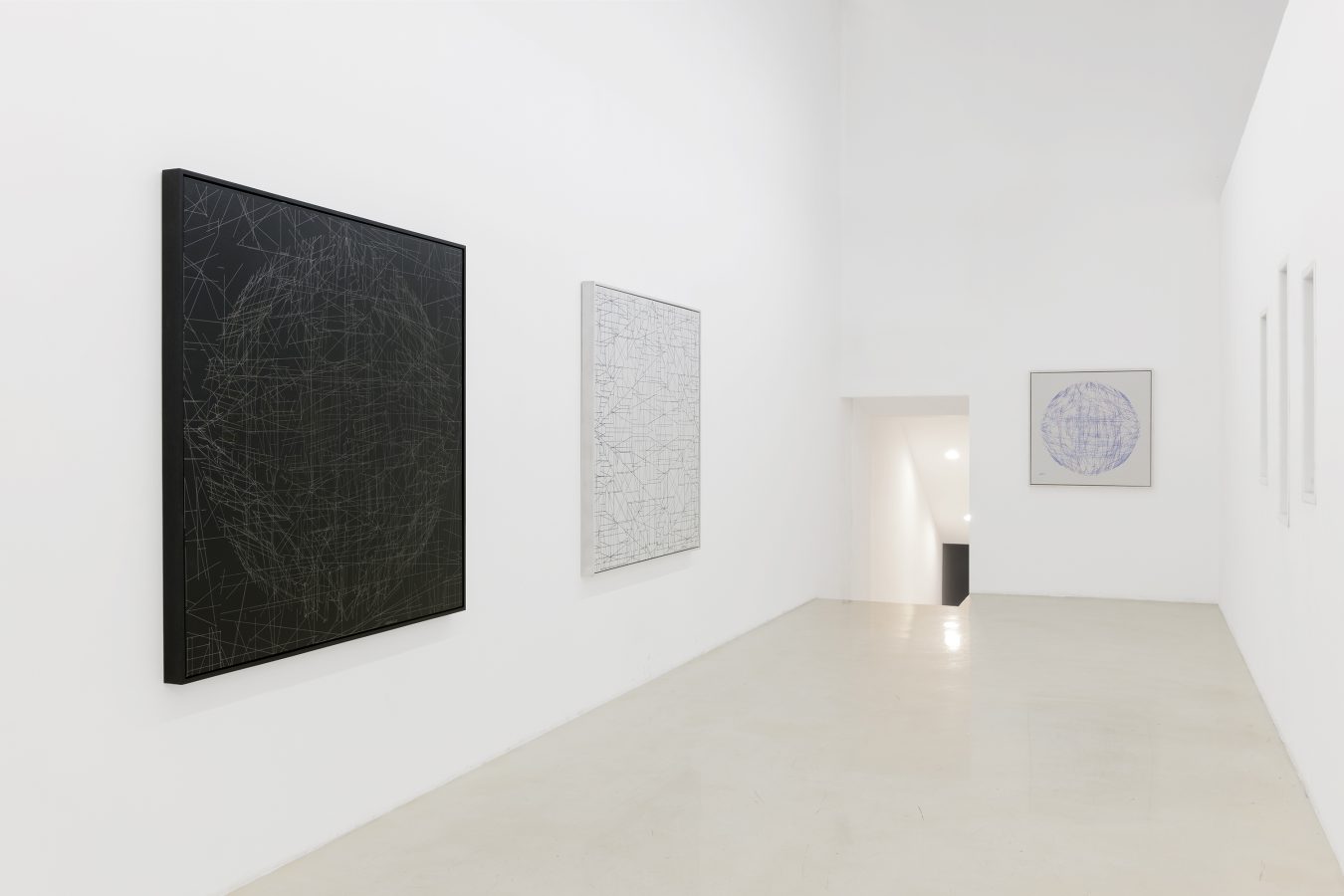 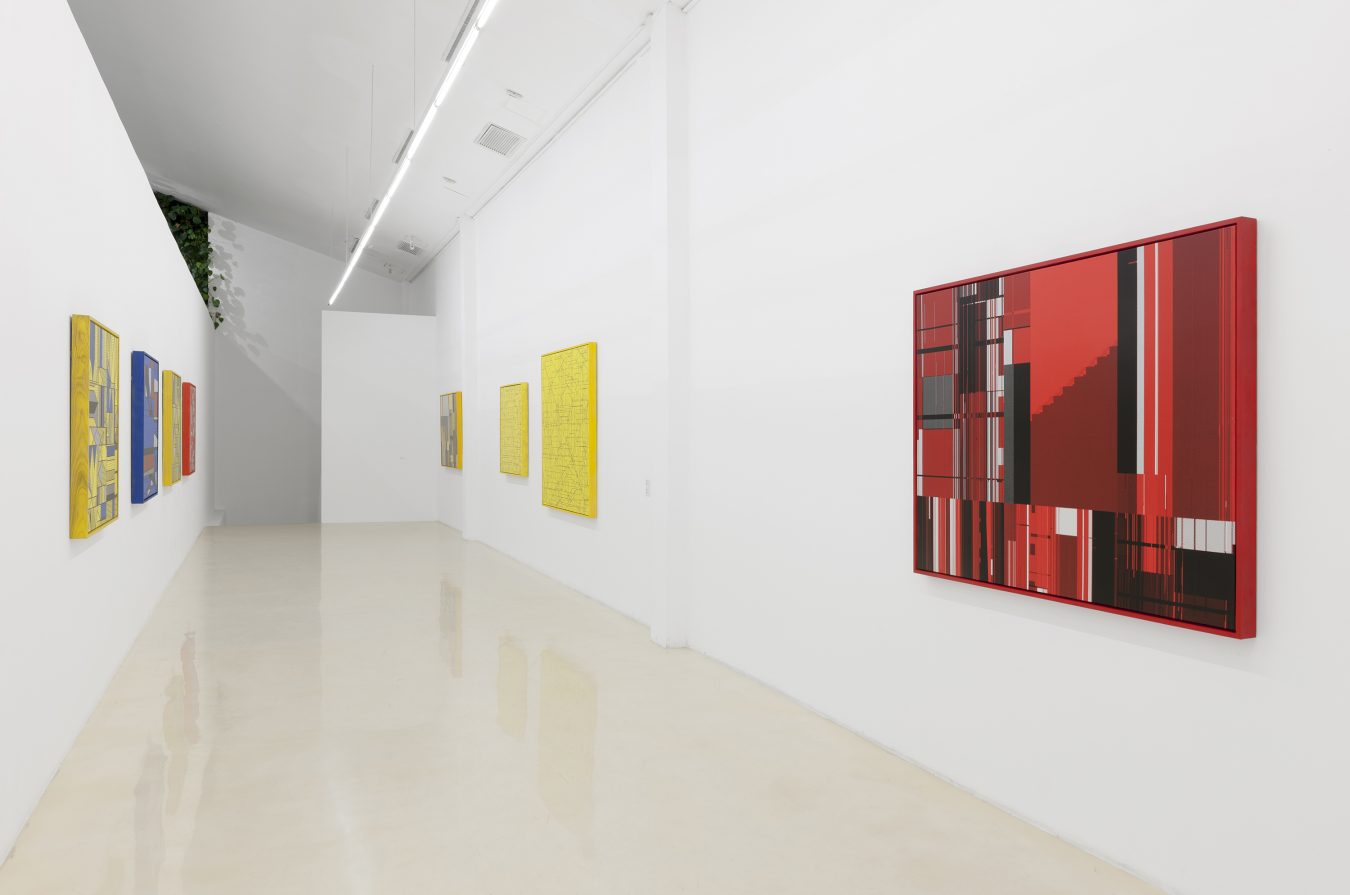 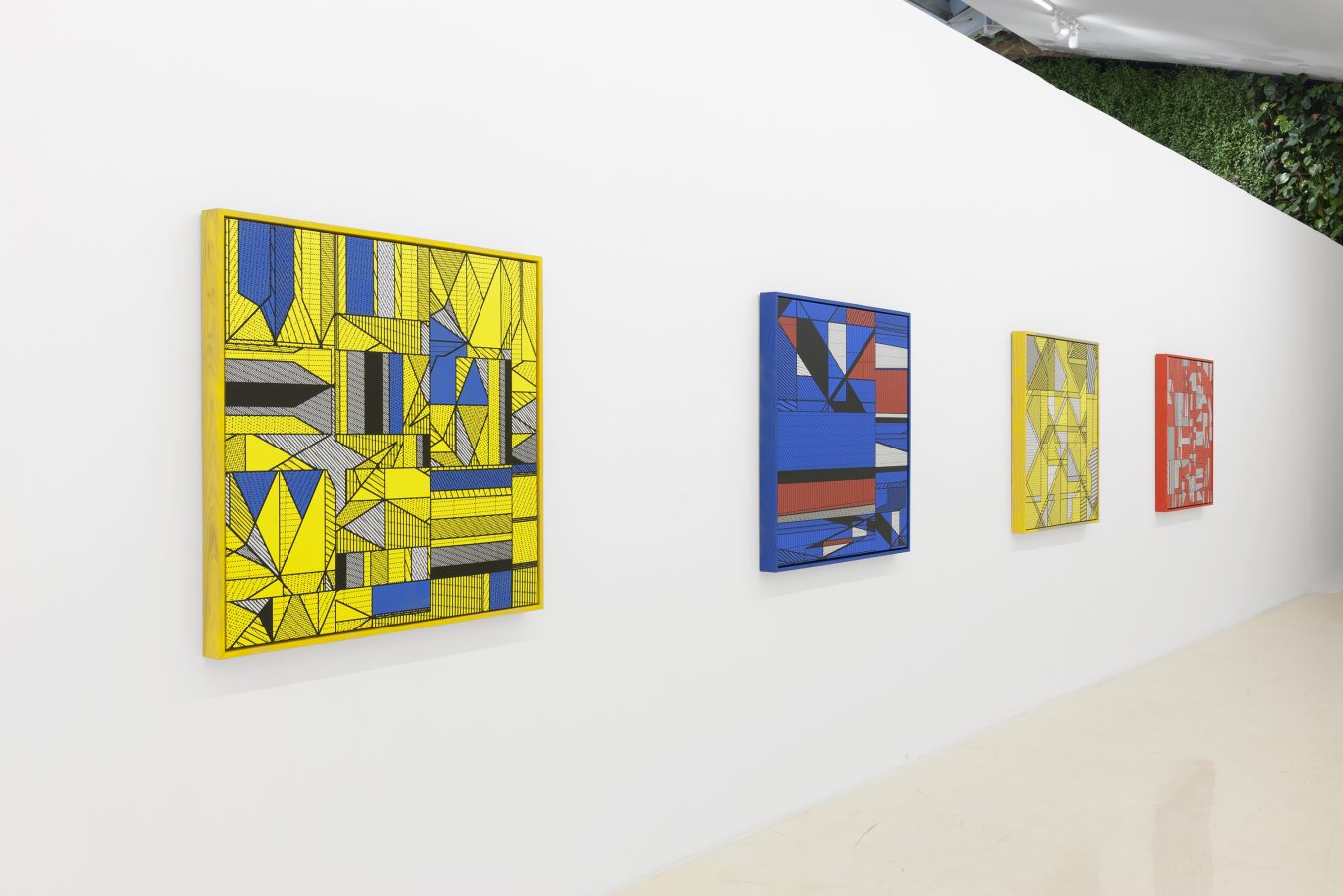 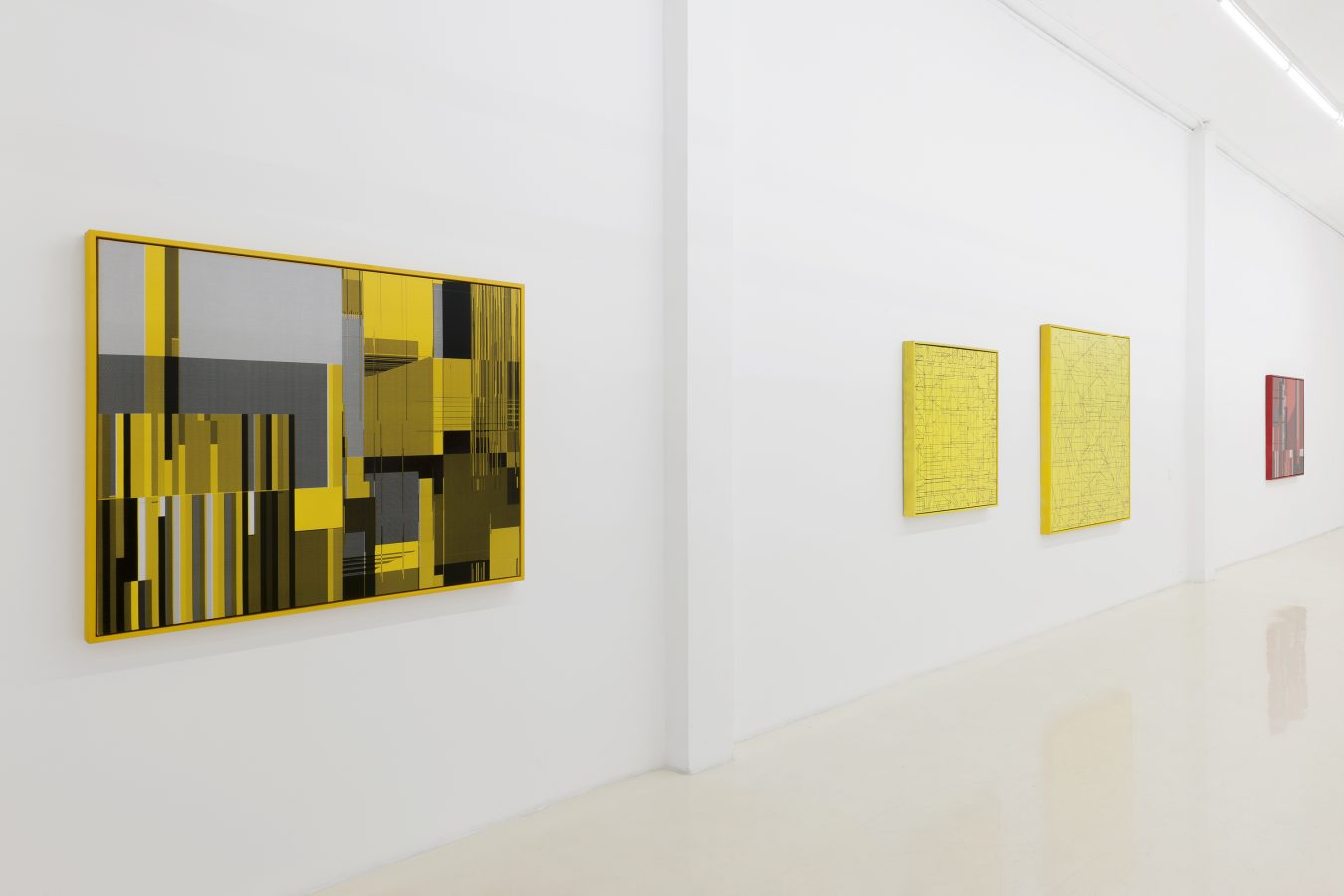 Hive Center for Contemporary Art (Beijing) is pleased to announce the opening of Ma Shenzhe: 1024  on 22nd Oct., 2017, at Hall D/E. Ma Shengzhe was born in 1985 and graduated with B.A Degree from Graphic Design department in 2008. One may feel perplexed by the images in Ma Shengzhe’s artistic creation, and find it difficult to define and classify his artworks in consequence. Superficially, his works resemble the appearance of abstract painting, then when we try to seek an unconventional approach, we will aware of the secondary role of a computer to his artistic creation as well as the internal logic of the acquisition and recreation of images.  As an identification in the system of Computer Mathematics, 1024 hints the implied logic of his works. Image data has been materialized, Ma Shengzhe’s artworks tend to grow from the visible to the invisible and orient from the superficial to the profound. The exhibition is curated by Yu Fei and will last until 30th Nov..

Ma Shengzhe’s image-making process can be deemed as both divergent and paradoxical. We can almost bisect all his creations into two parts: the first half proportion “originally innovated” by the machine and the other half “mechanized” manually by himself. First of all, his input of overloaded computer programs may drive the properly functioning computer to jamming, stagnation, and even total collapse owing to “program indigestion”. The images are then freeze-framed as if they were twisted in the spasm, breaking the visual orders configured for average persons. The image data, momentary yet perpetual, are worked out by screenshot. Accidentally, images in pixels take the form of two extremes respectively dominated by color patches and lines. Ma Shengzhe with his craftsmanlike perseverance, produces two different methods of image-output, thereby initiating the second stage of artistic creation. For artworks with complex colors and cubic structures, Ma Shengzhe deconstructs the original images generated by the computer into layers, and transfers the images layer upon layer onto the canvas by the screen-printing-like technique. Hence, what he creates are absolute images with gradation and organization, yet without volume or depth. As for artworks with singular lines, Ma Shengzhe introduces complicated coordinate data to his tailor-made autograph and literally practices the conception of one machine with the other machine, making the conventional combination of hands and painting brushes completely absent all through the process.

what is revealed from Ma Shengzhe’s practice is an irreconcilable disparity of dimensions between digital information and biological composition on the two sides of the screen. The data may become invalid along with the rapid technological upgrades, while the materialized one is guaranteed with free application in the material world. Across his long journey of artistic practice, Ma Shengzhe has experimented on various methods of image outputting: giclee can present images with maximum resolution and accuracy, yet the over-objective reality may distort man’s vision; cyanotype allows dynamic capture of subtle details, yet the blue reagent on paper may vary as the environment changes, romantic but not concrete enough. The canvas medium for Ma Shengzhe’s continuous use till now may trace back to the origin of painting and highlight its material attribute carrying forth the multifarious and complicated creative procedures. Then, beyond the sight of the viewers, Ma Shengzhe replicates his imaging practice, calmly and honestly, and narrates behind the images in a language inexplicable by any criteria in the real world.

Ma Shengzhe’s artistic approach may easily puzzle the viewers in that: man and machine, which one is the primary creator? The indispensable fact is, that though Ma Shengzhe is unable to control the outcome at his discretion, he assigns the machine’s and his own roles from the very beginning and thus controls closely and effectively the way of imaging. In fact, he does not deliberately erase the concept of “author” and hand over his right of artistic creation to others, but rather, he seems to set free the still unknown initiative in the machine to achieve its operational consequent trajectory, which to man may appear accidental and random. Taking the images in his previous paintings as draft, he reproduces them in his new works, hones repetitively the resilience of the machine, and obtains increasingly refined, complex, and ordered, “evolved” images. Provided that Régis Debray’s remarks are proven, the pursuit for the existing originality of images and that for the future immortality of images are two acts of faith that require devotional acceptance or rejection, Ma Shengzhe chooses undoubtedly the latter.