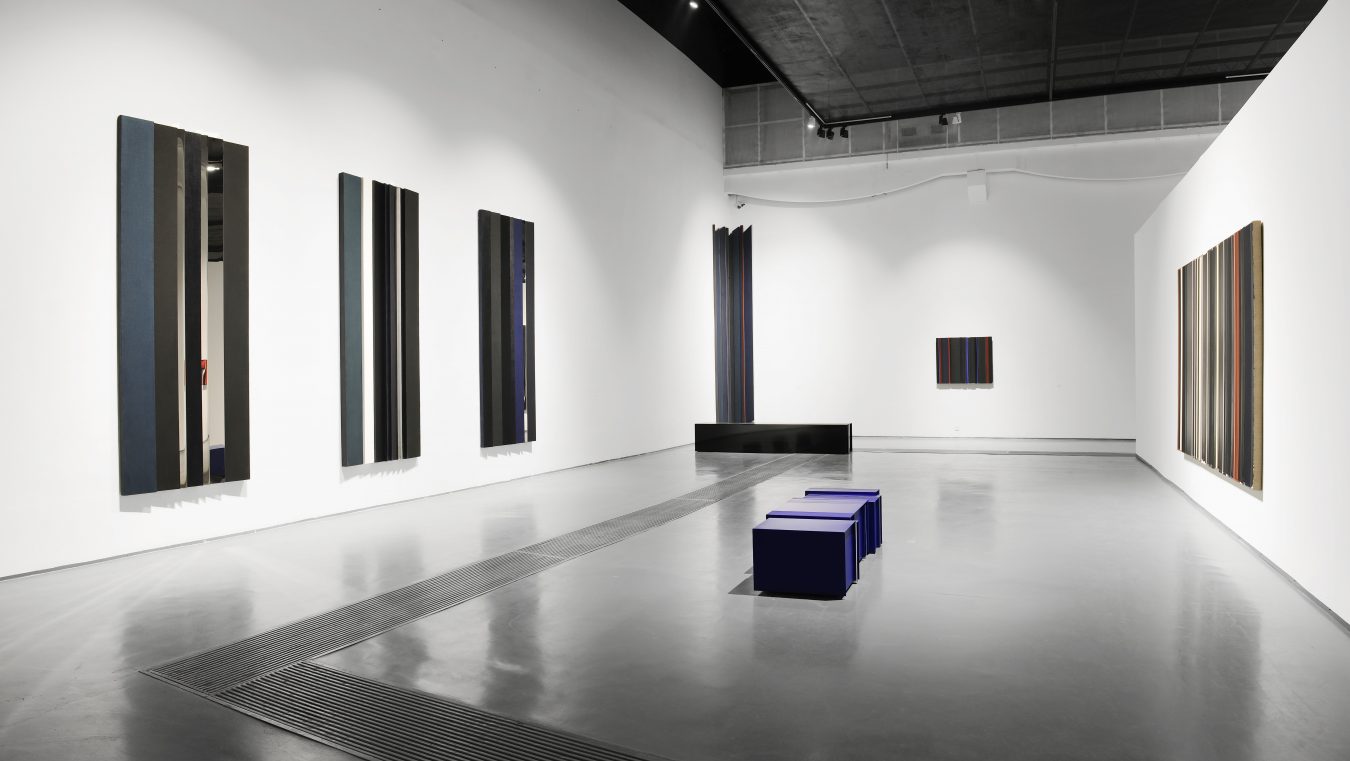 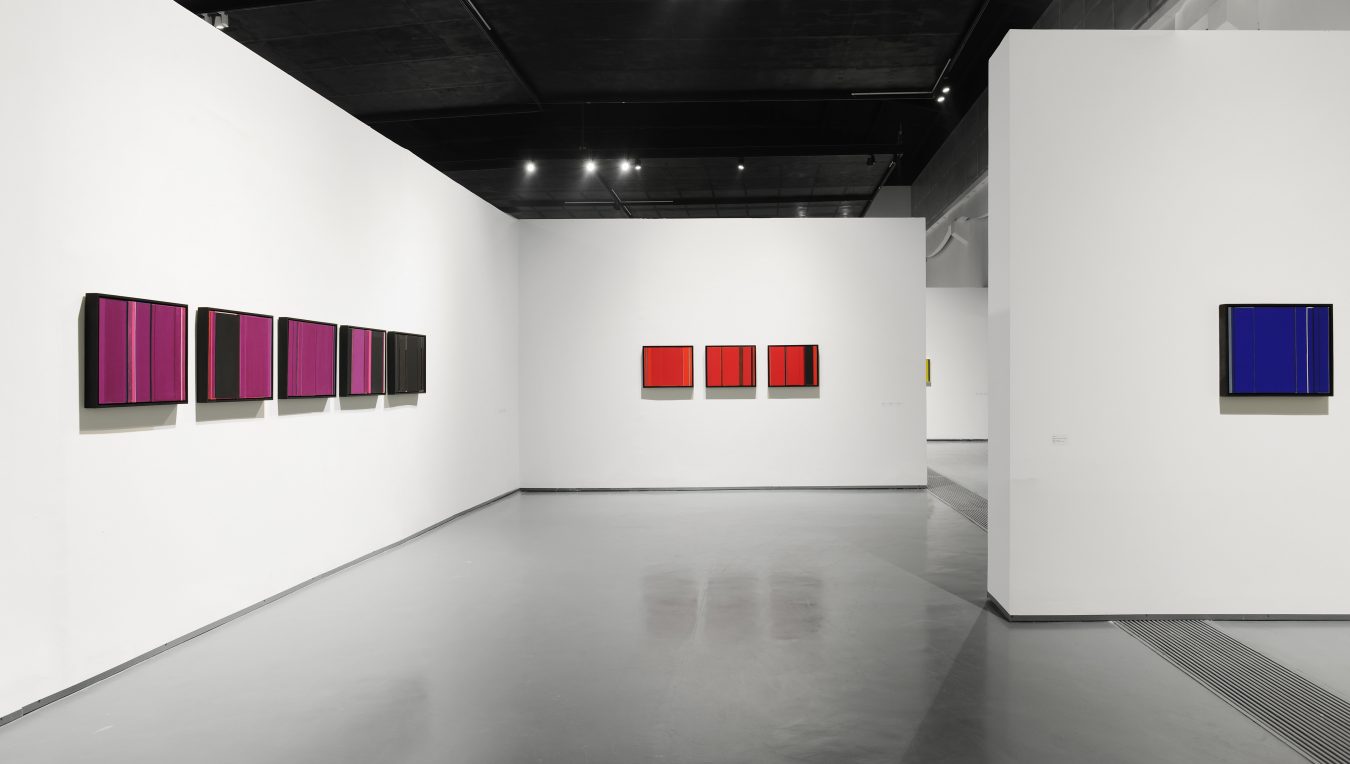 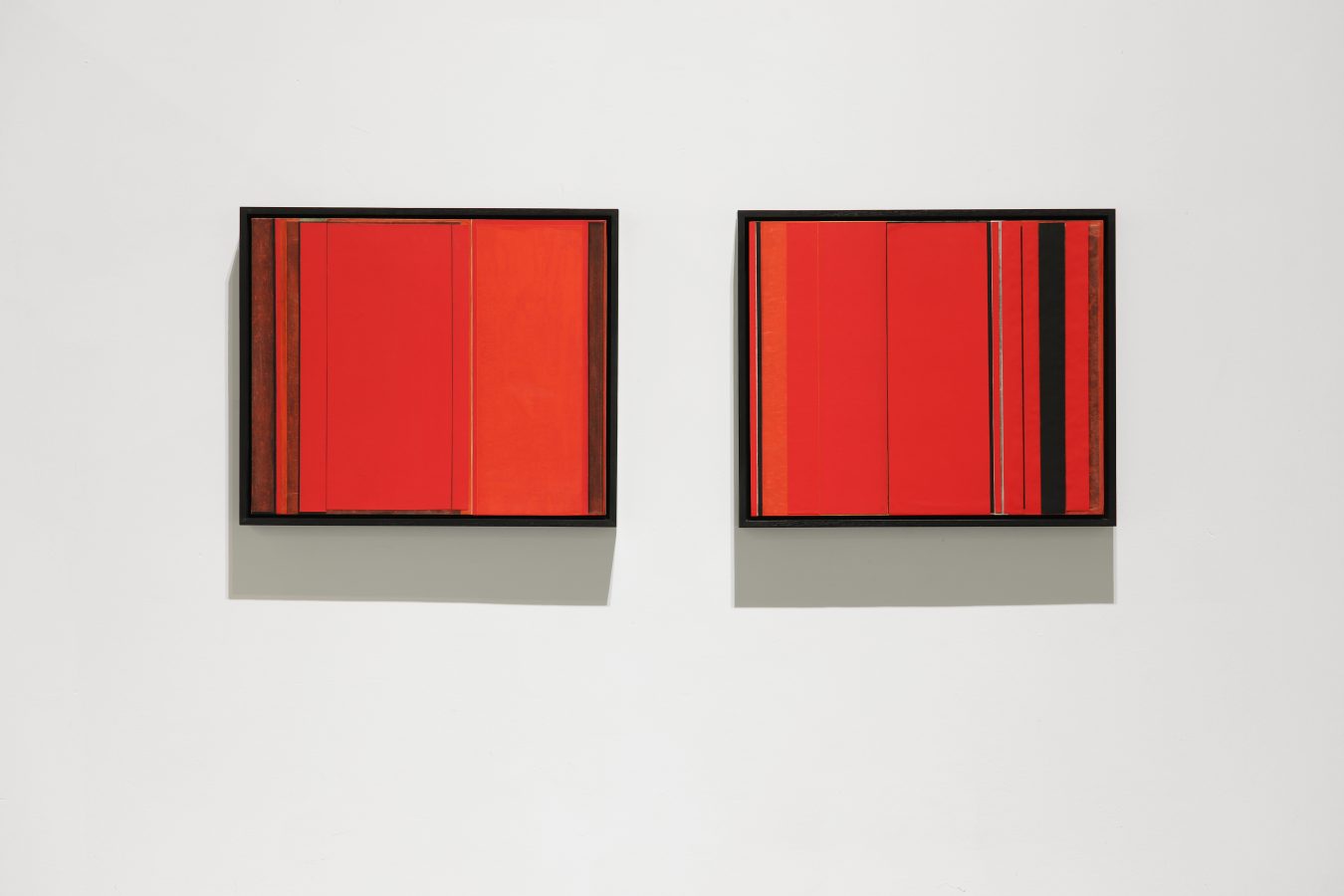 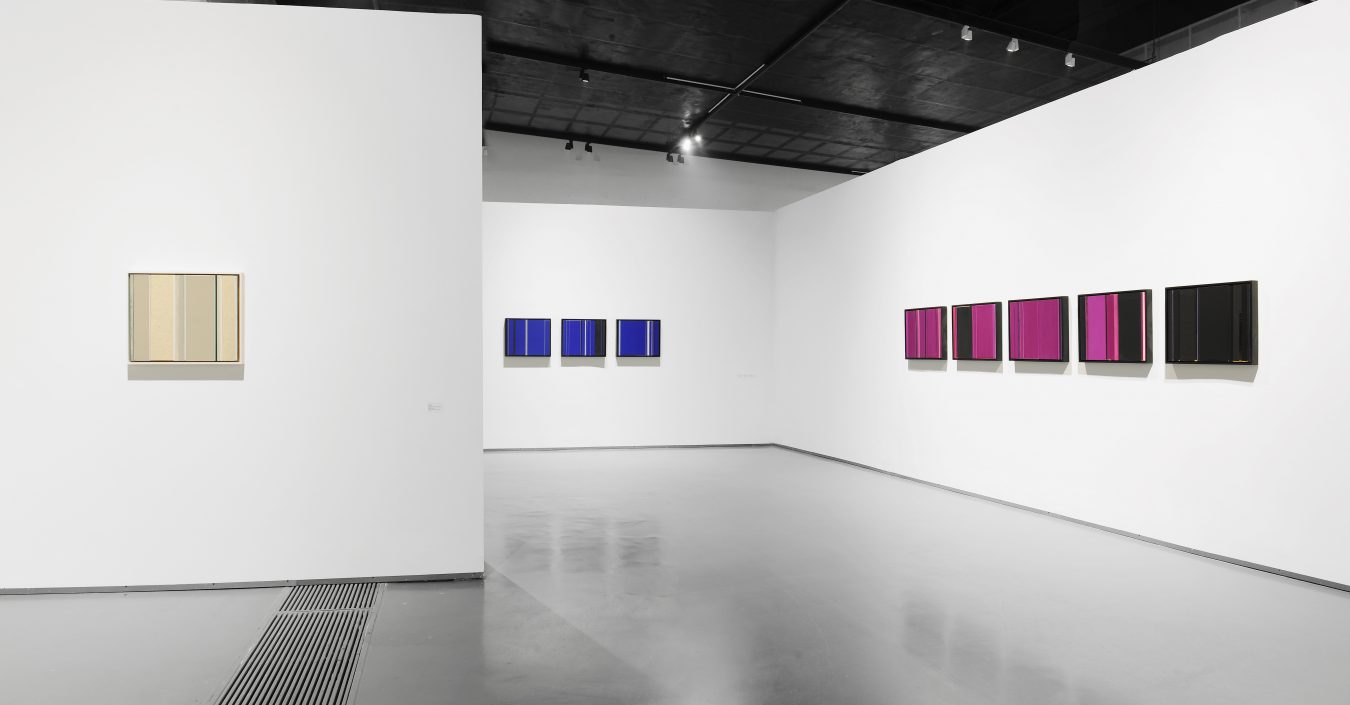 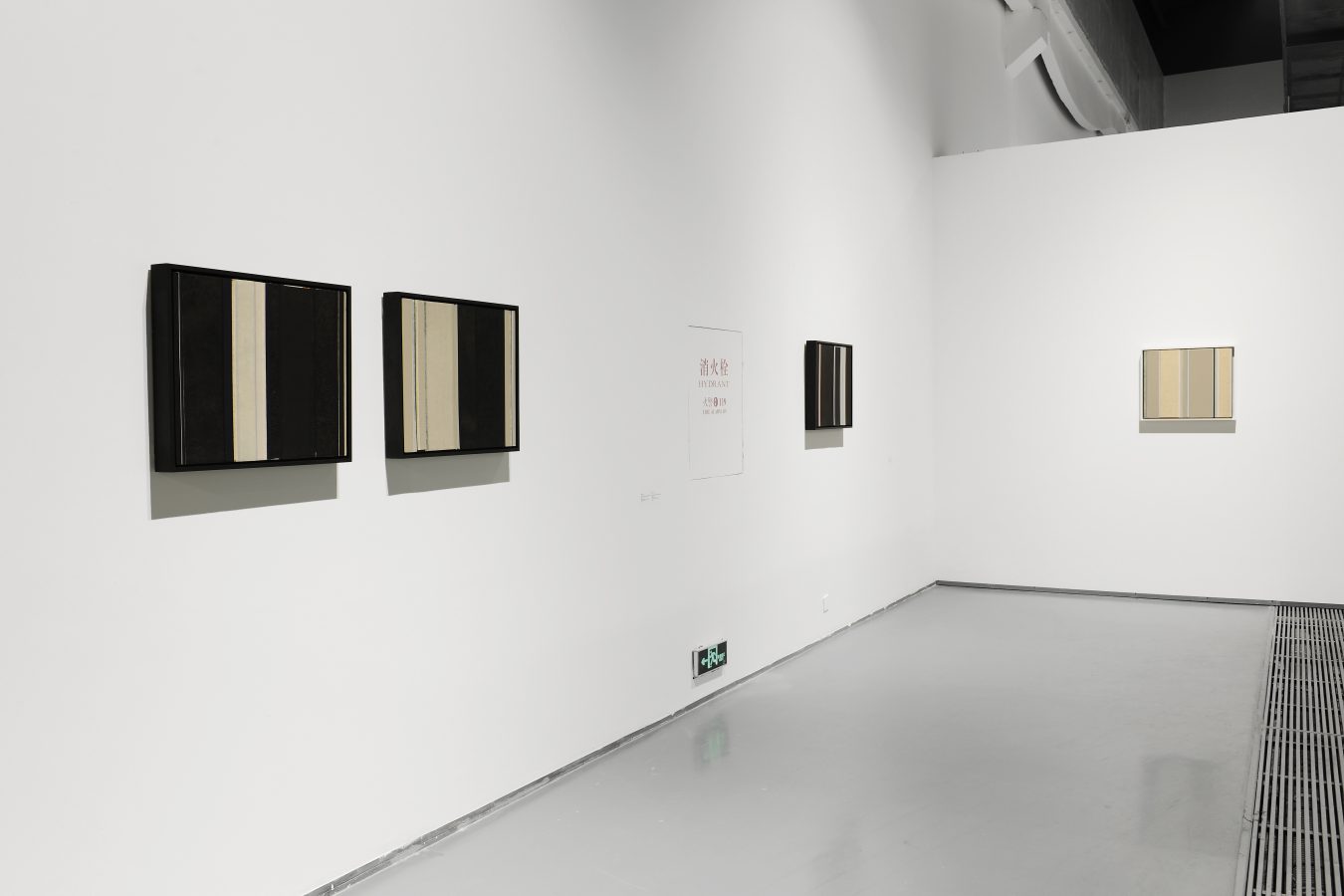 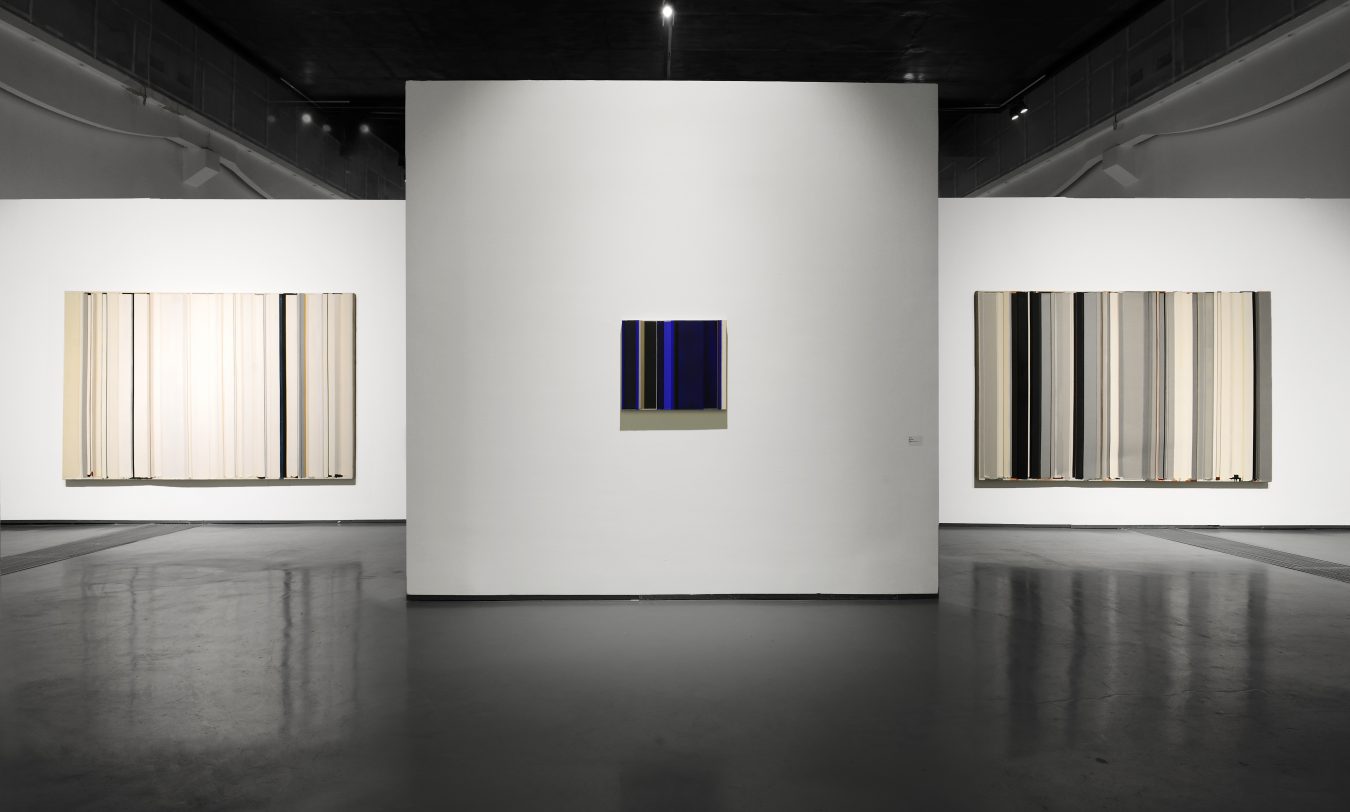 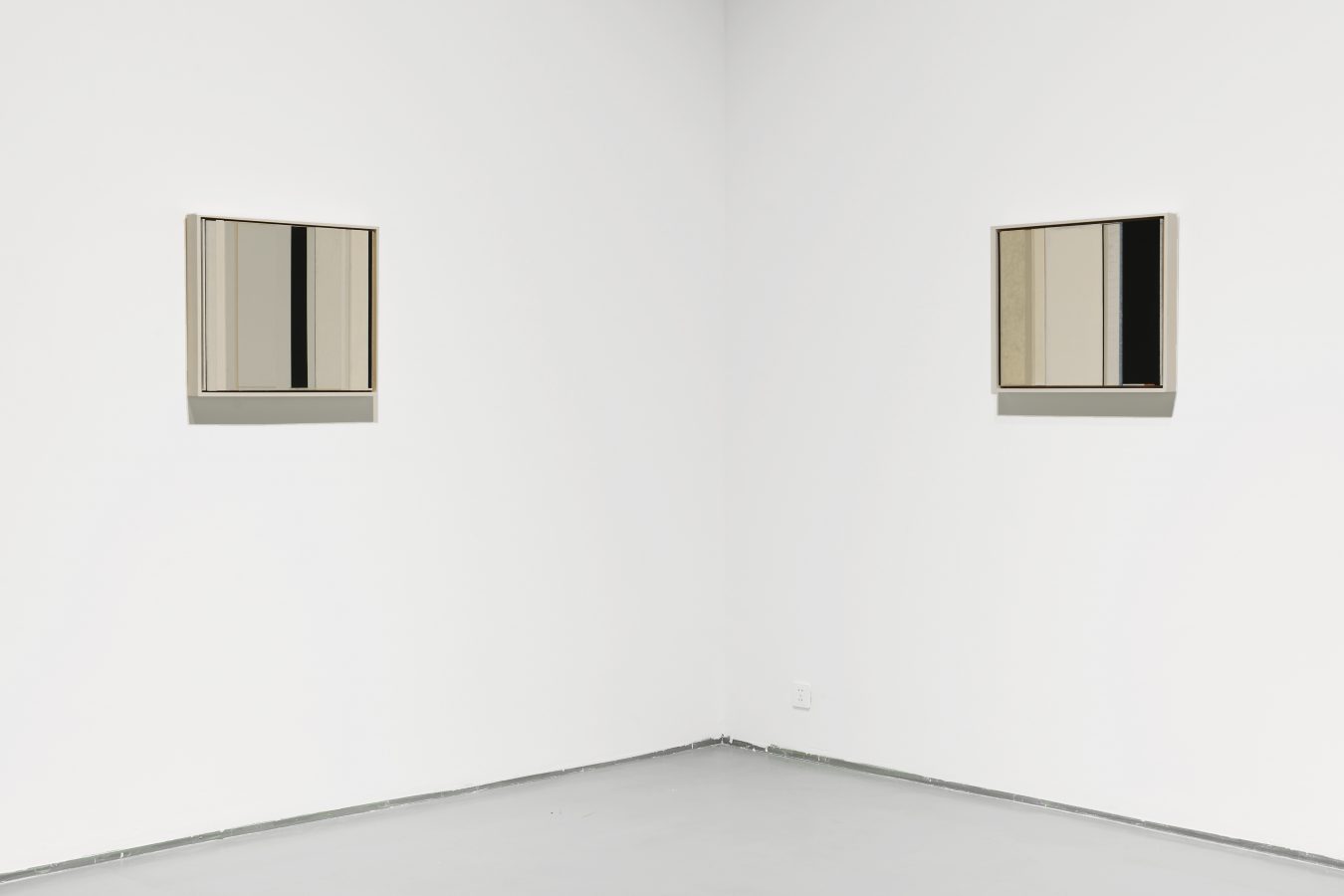 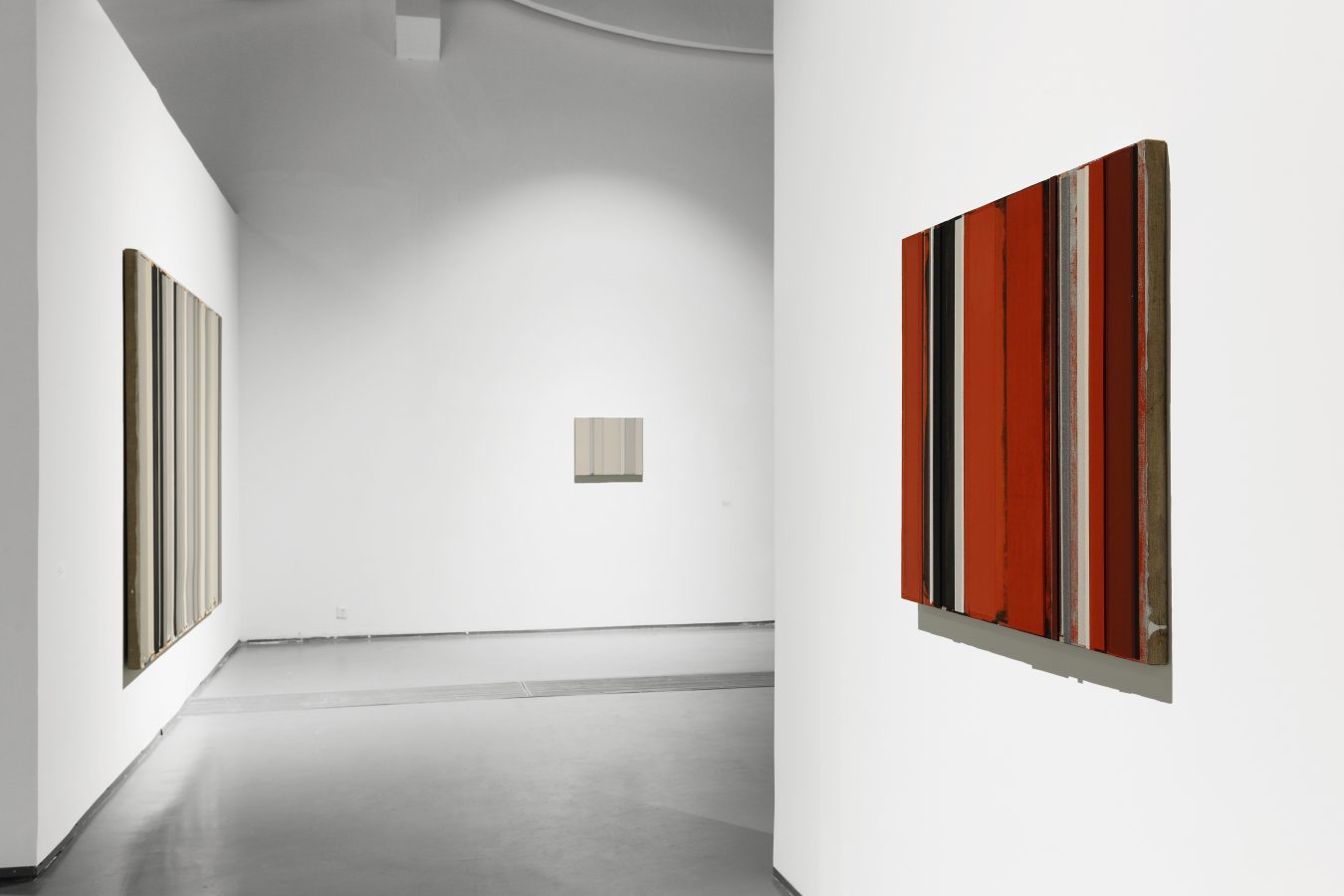 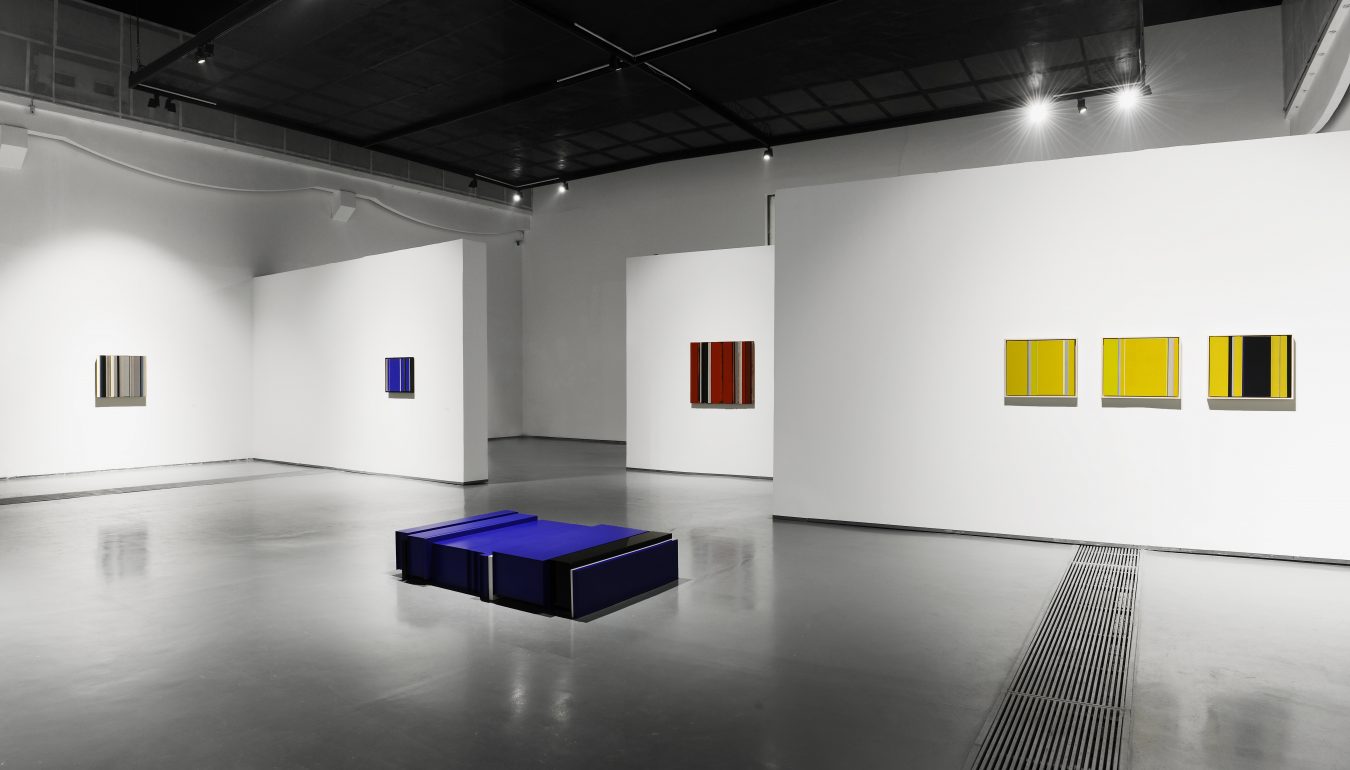 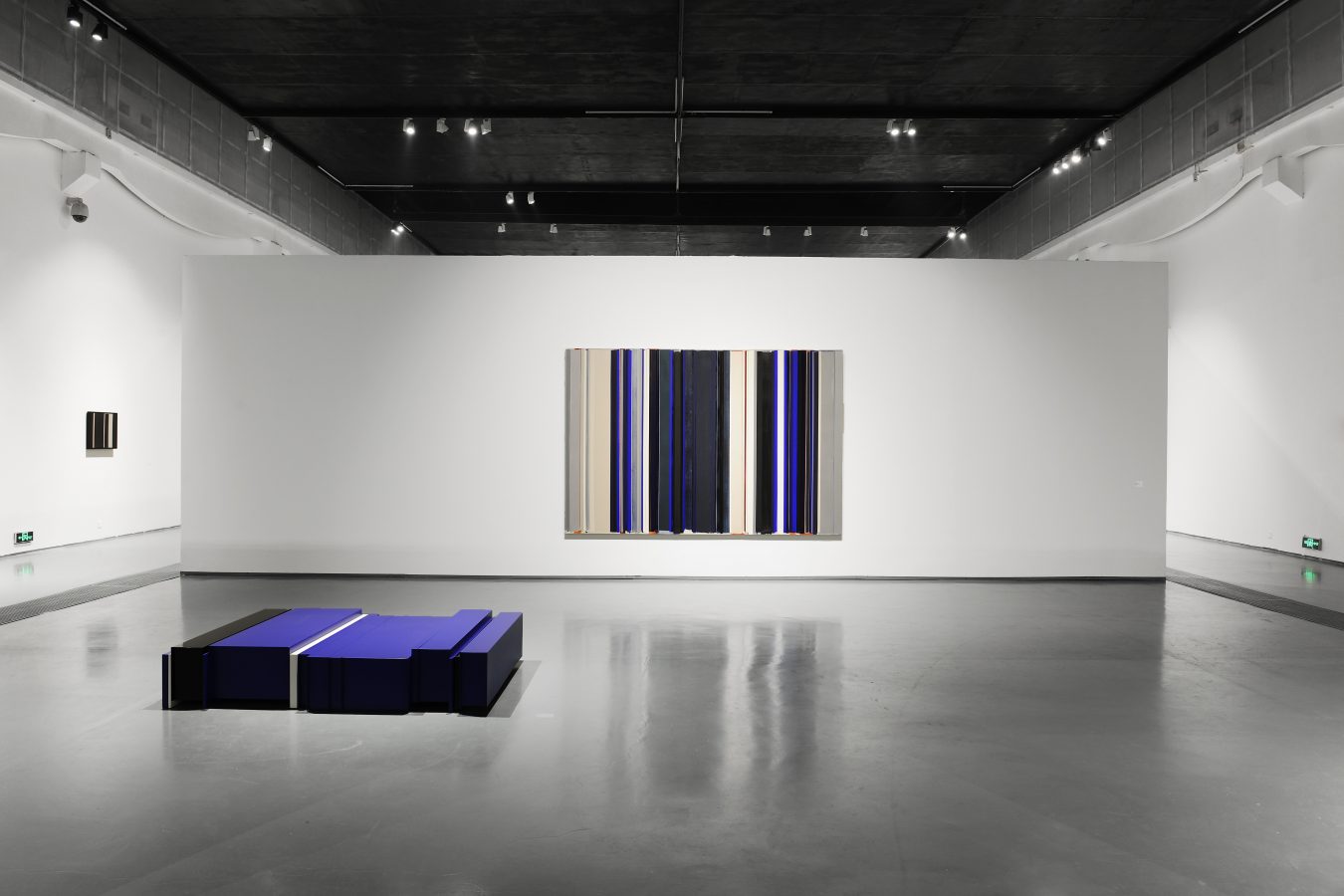 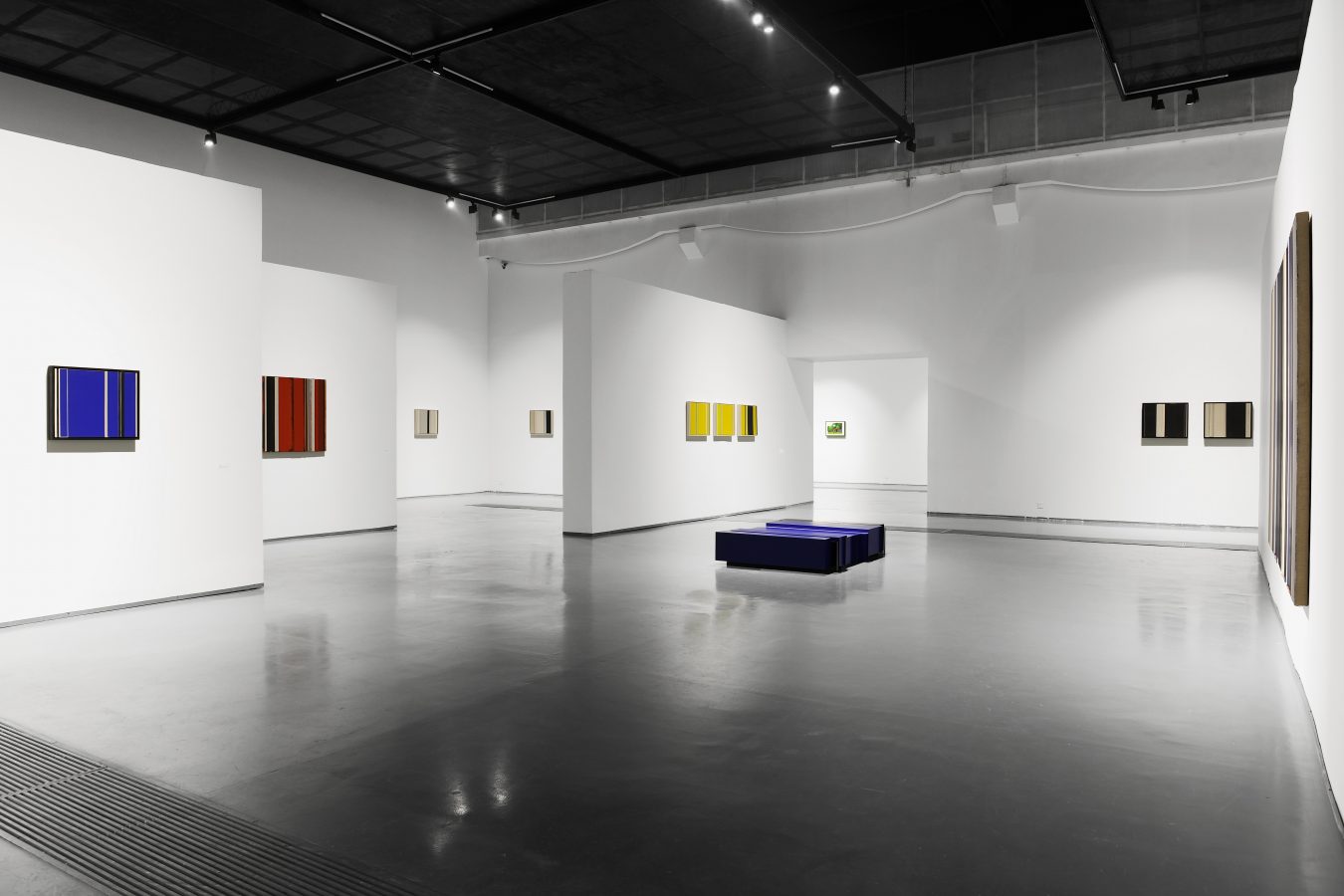 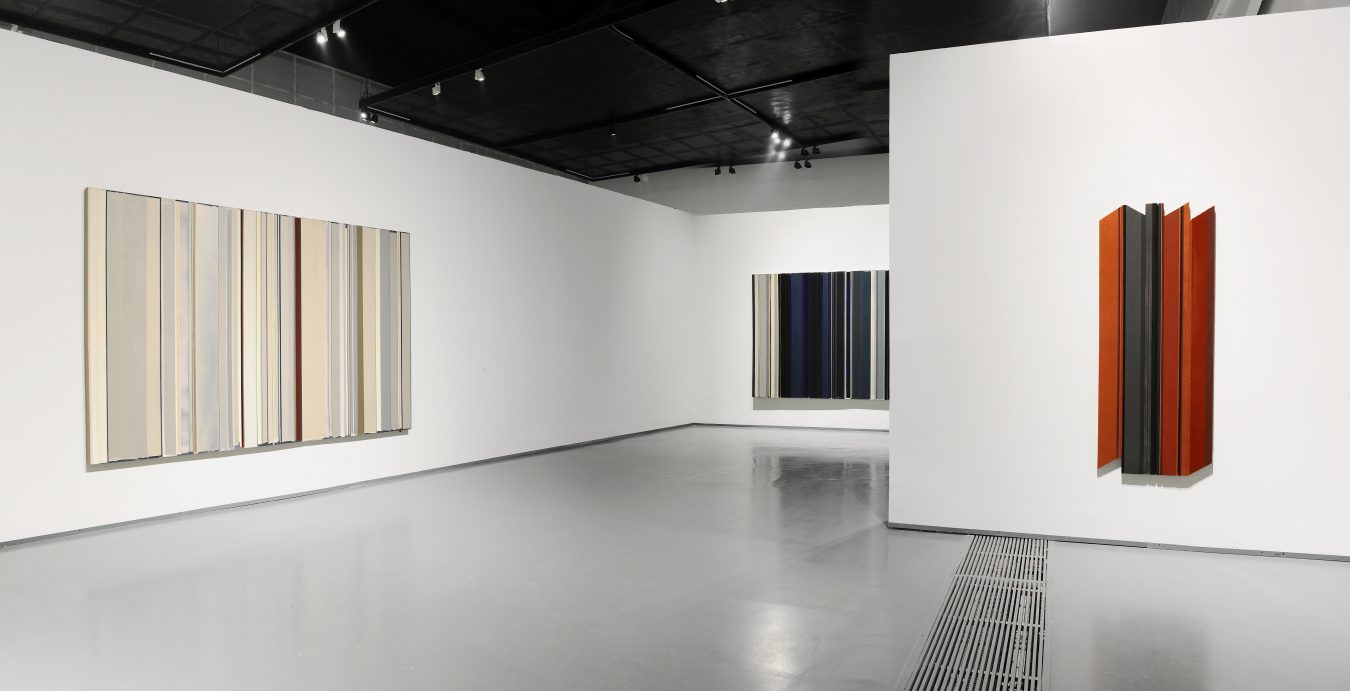 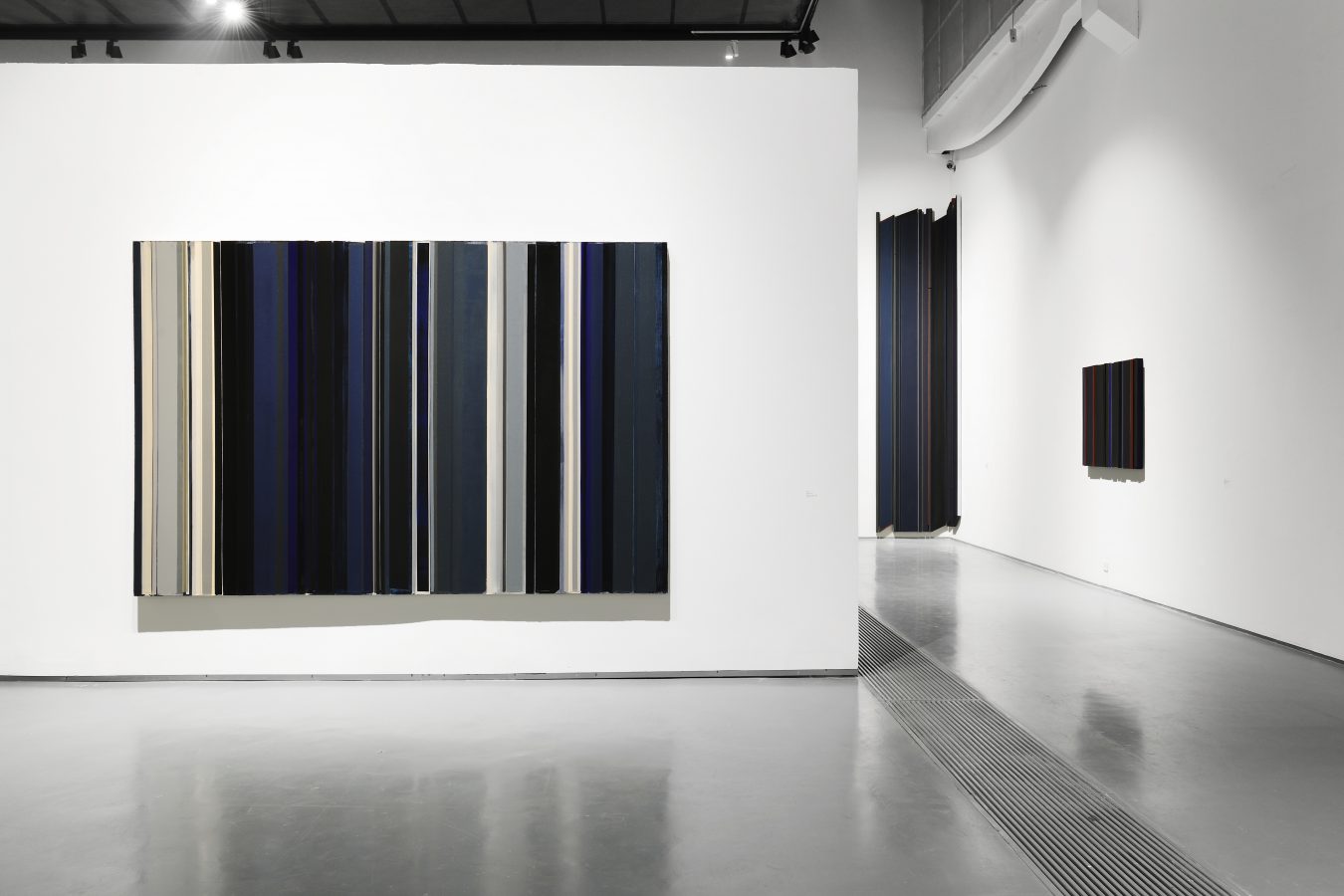 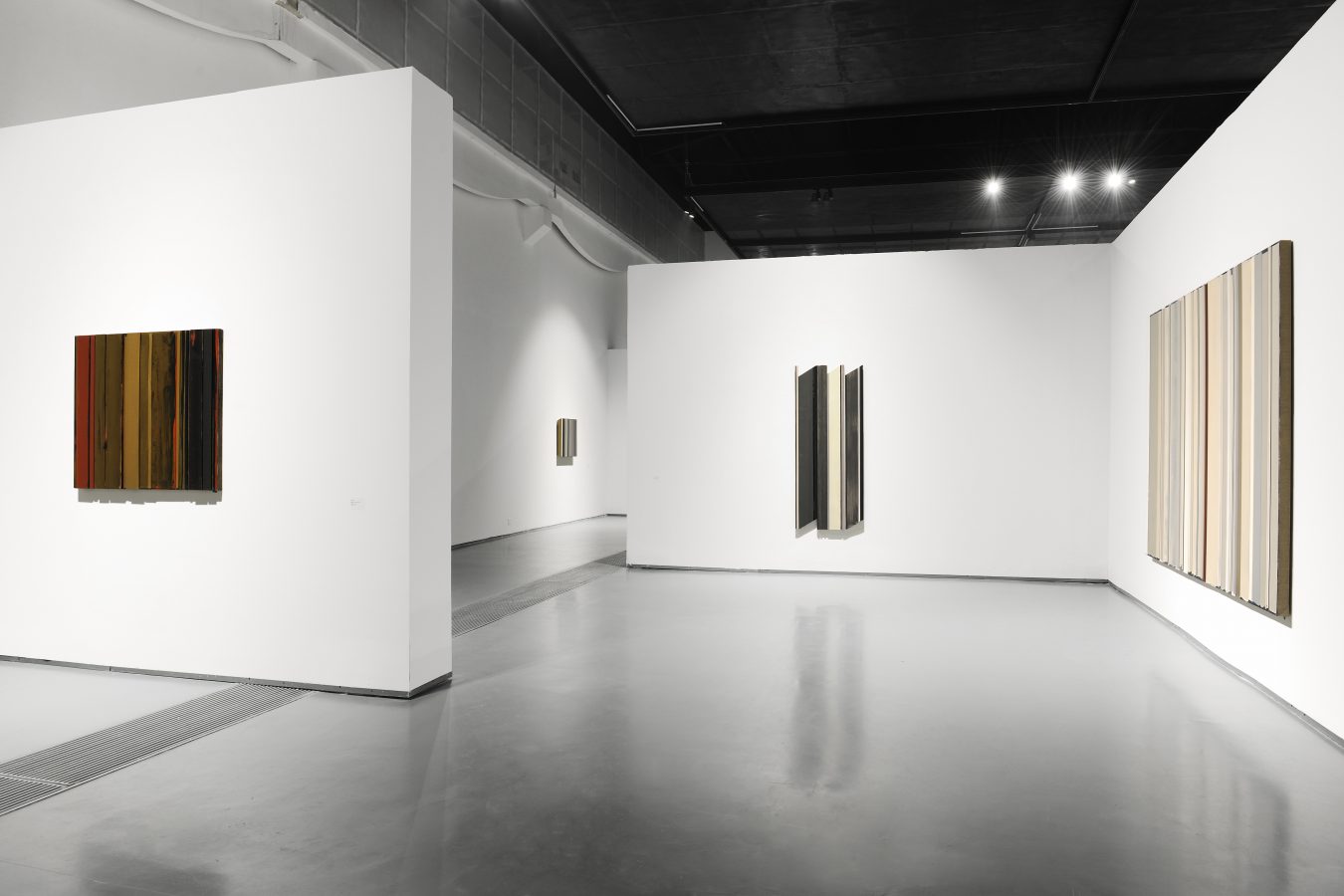 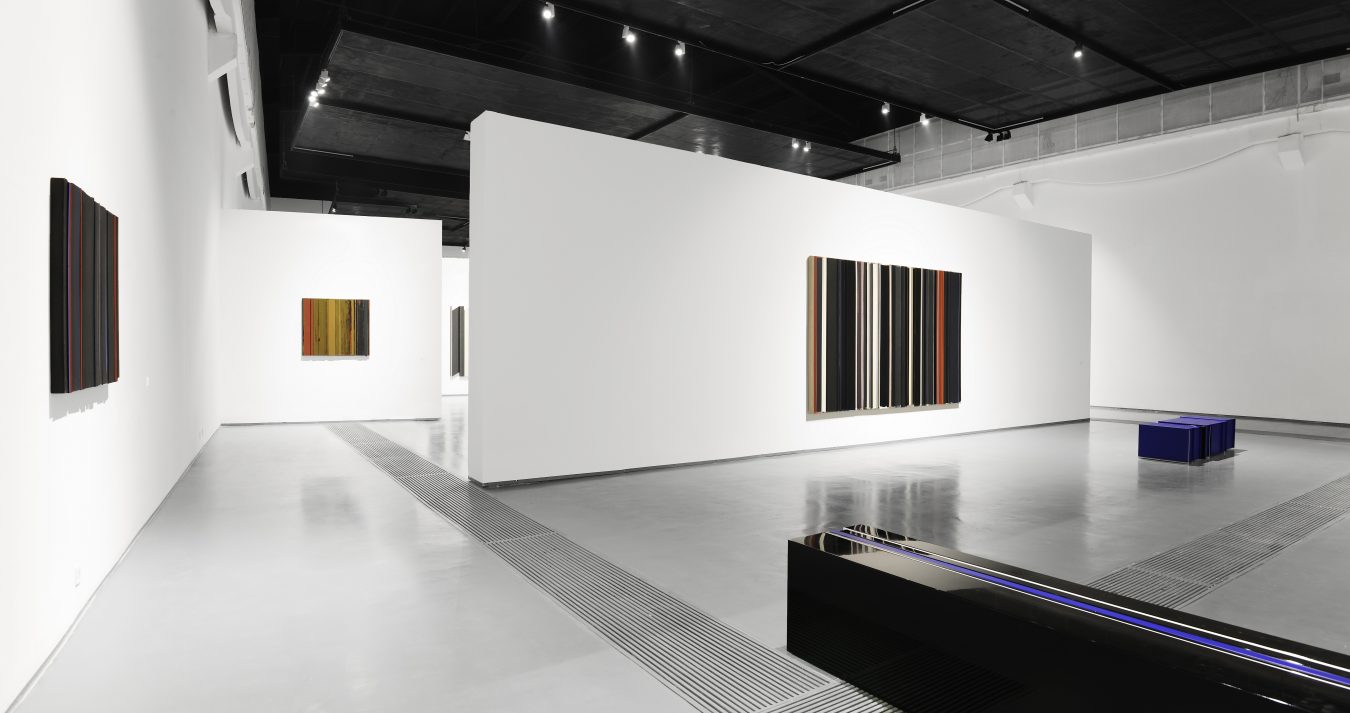 Hive Center for Contemporary Art is pleased to announce the opening of Listen above the Blue：Liu Ke Solo Exhibition on 22nd Nov at the Hall A. The exhibition will feature the works of the recent years by Liu Ke, including works on paper, canvas and installations. The exhibition is curated by Xia Jifeng and will last until 21st Dec.

The works created by Liu Ke from 2012 till now use color stripes to construct on the picture-plane, where the alternation of different colors, the vertical arrangement of color stripes and the interpenetrating, covering, overlaying between color stripes form a rhythmic and delicately-balanced space on the picture-plane. A blank canvas to Liu Ke is “a whole with limitation of only boundaries but no depths” , and the compositions of various color layers is a kind of “rivals”, The margins among the covering and overlapping of colors are the “measurement” of the blank layers, and the more they get squeezed, the bigger the “power” they are loaded. At the same time, the artist kept the paint’s sense of material existence on purpose, and the uneven depths resulted from overlapping and covering becomes an extension and proof of the “power” given out in the artist’s creation.

Viewers may have different impression about the “power” displayed in Liu Ke’s works, it may be rational and accurate, meanwhile in a intuitive and perceptual way. To make it by the metaphor of music, In structure his works feature the vertical arrangement like the pipes of the pipe organ, so they produce and deliver the sense of music exclusive to such a structure, and may bring  audience the same pleasure as the pipe-organ-listening.

As a matter of fact, music or some kind of plausible melodies has been a recurrent element in almost all of Liu Ke’s previous paintings. This probably can be equivalent with what Kandinsky termed as “the musical mode behind images”. From Liu Ke’s early creations, such as Abstract [1] (1998), Deconstruction of Lust Series (2003), and Sound & Color Series (2006-2009), we can feel the existence of music at different levels. Unlike the music with emotions and a sense of order in his recent works, what fills the previous ones may be more disordered: mixed, irritable, ending abruptly; there’s even an unneeded tail attached to some notes. Liu Ke’s works, at some level, also reflect the influence a “post-70s” artist couldn’t reject and resist from the unscrupulous attitude of bantering that pervaded the air of the 1980s. Fortunately this was a short period, as his self-awareness in art soon kept him away from all the noise and clamor and re-established the constant boundary of order in creation.

As early as in 1911, Kandinsky wrote in his book Concerning The Spiritual In Art: “A painter, who finds no satisfaction in mere representation, however artistic, in his longing to express his inner life, cannot but envy the ease with which music, the most non-material of the arts today, achieves this end. He naturally seeks to apply the methods of music to his own art. And from this results that modern desire for rhythm in painting, for mathematical, abstract construction, for repeated notes of colour, for setting colour in motion.” Liu Ke has found in his abstract creation music and ease, a piece of “blue”. Instead of a color, it’s a feeling, or the pleasure from the enjoyment of the spirit and the sensory organs. What we need to do in front of Liu Ke’s works is to purely watch and listen, opening all senses to drift on that piece of blue.