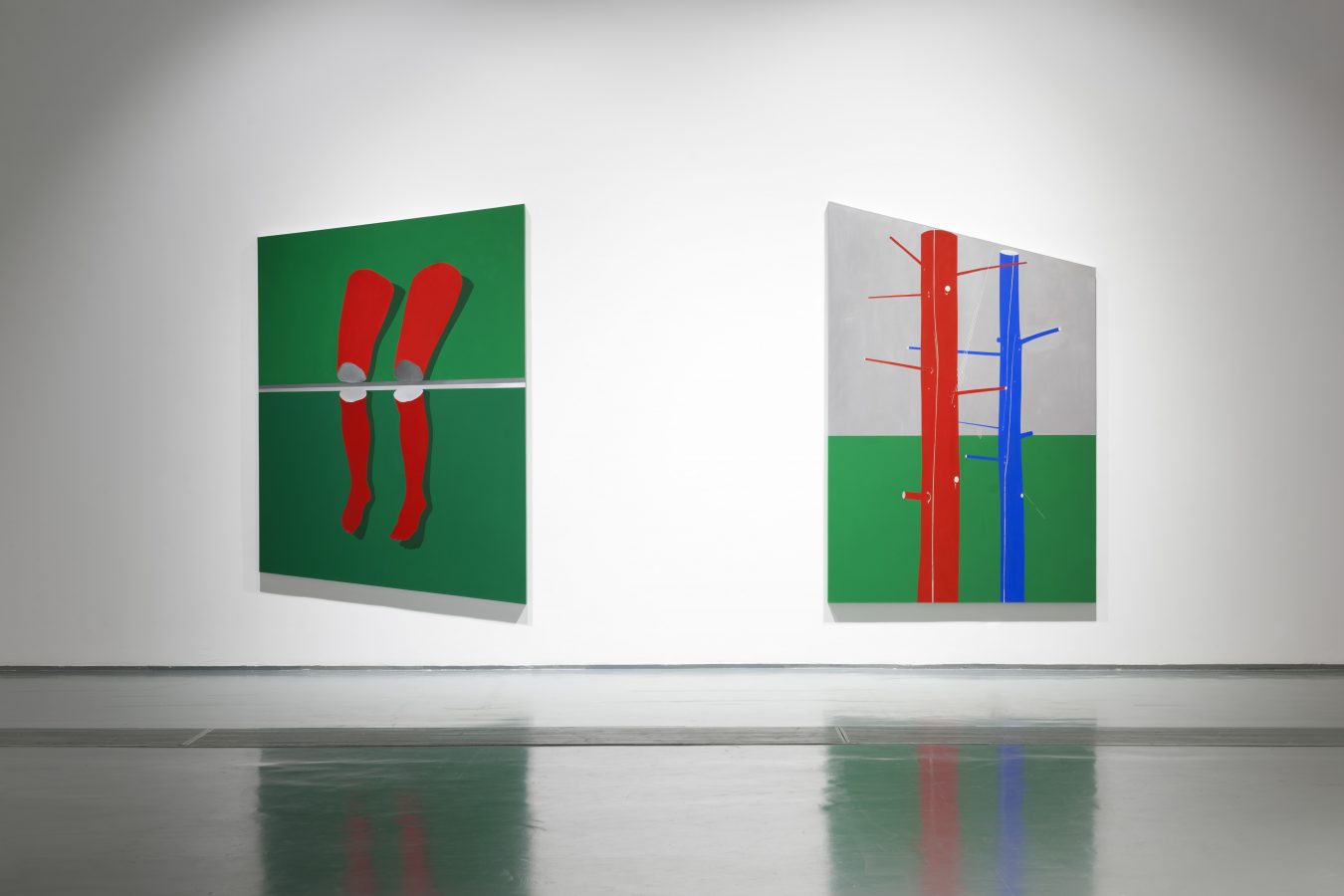 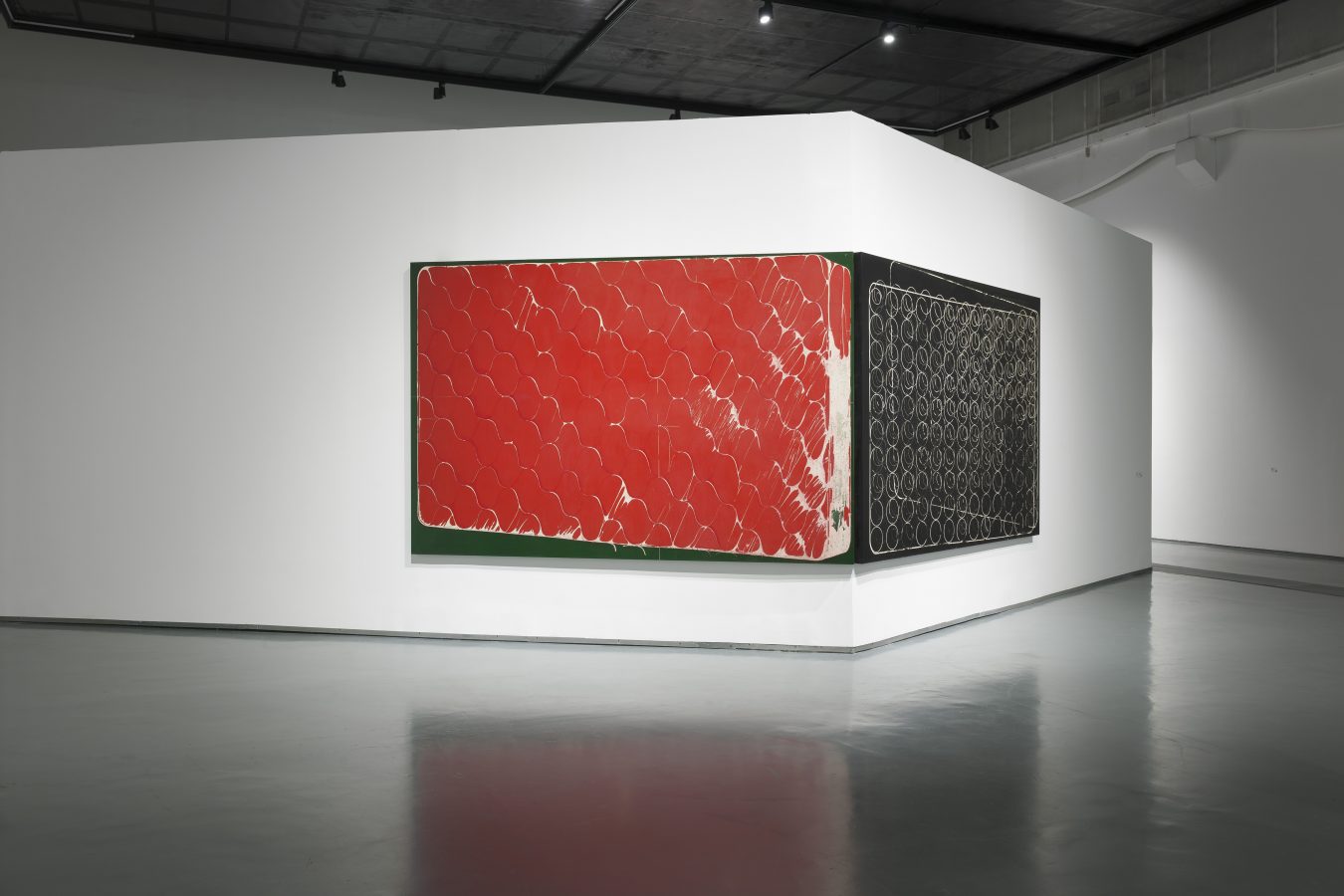 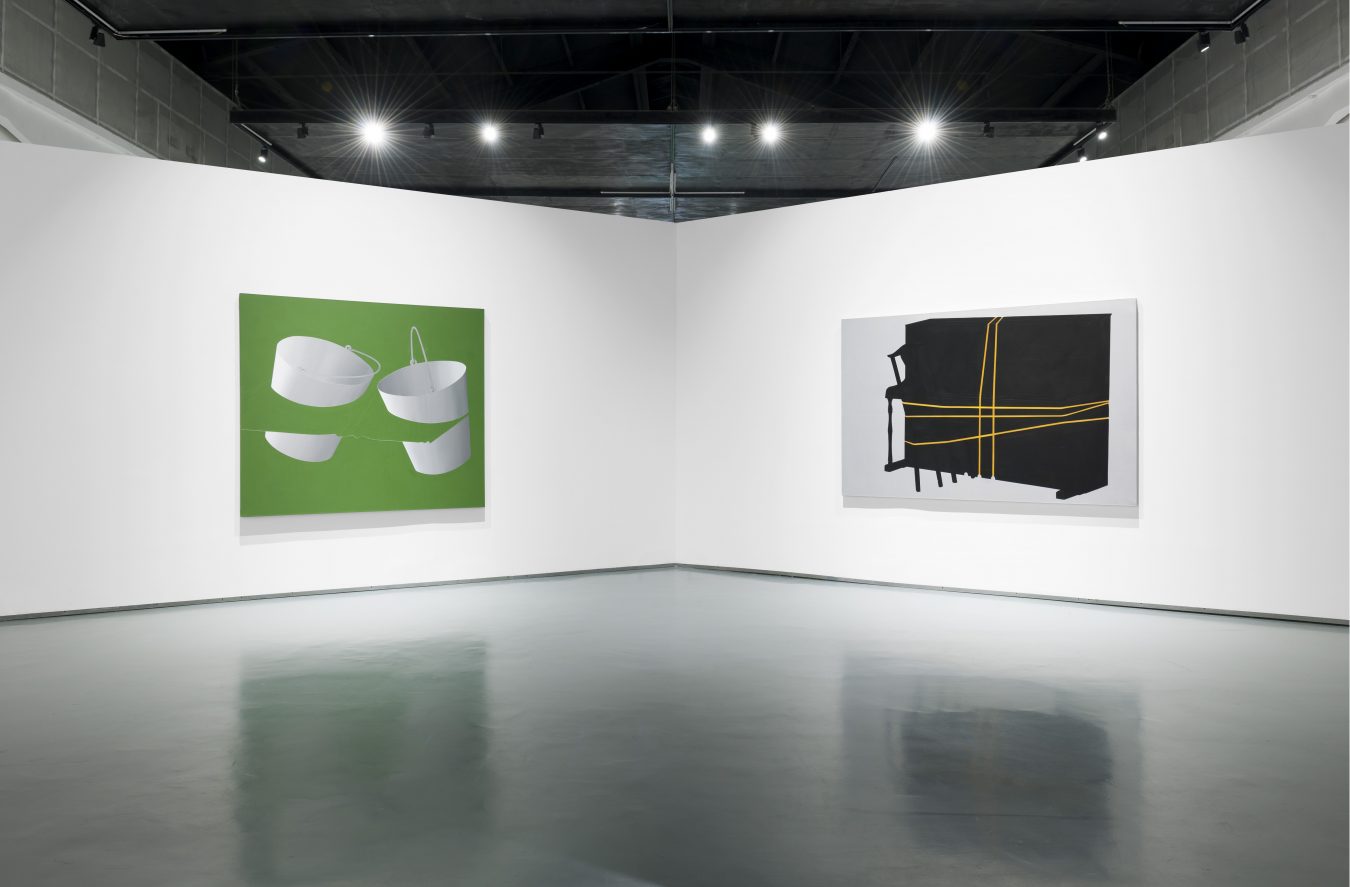 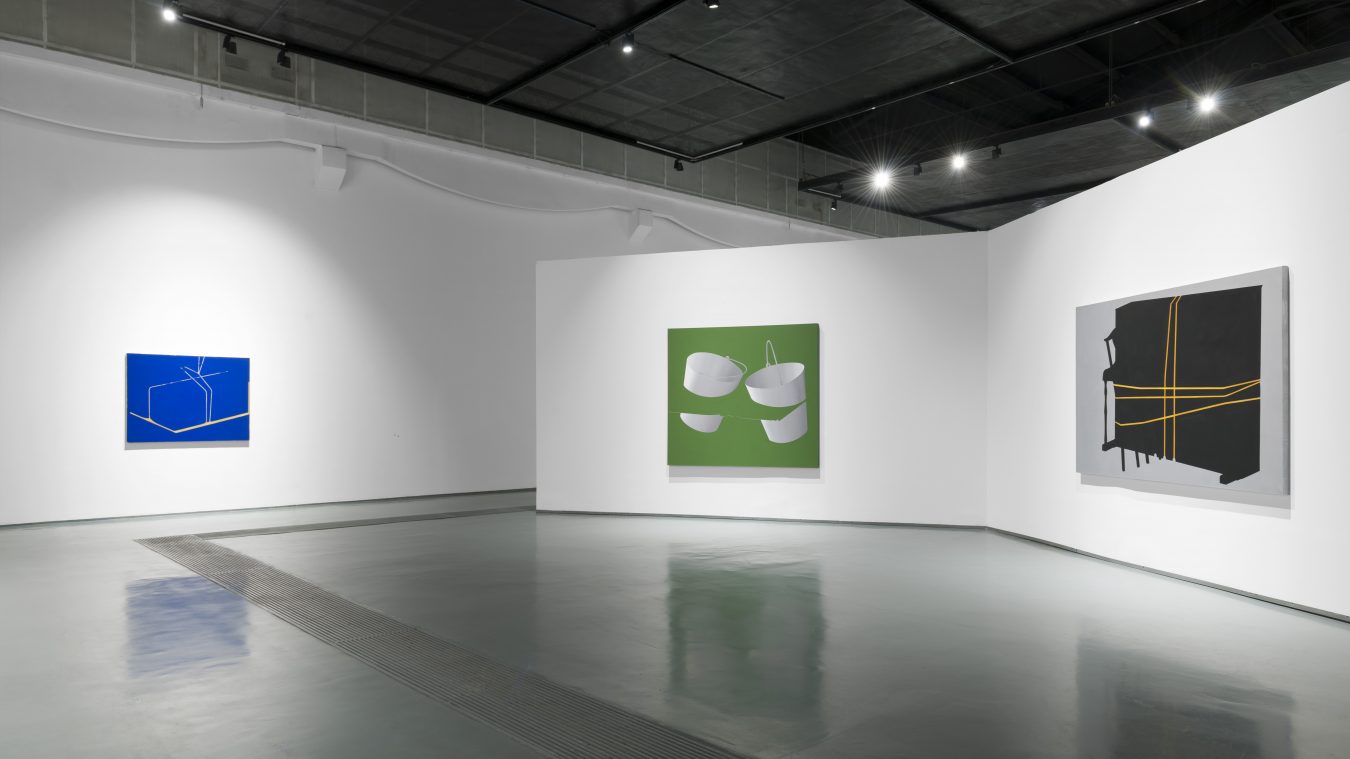 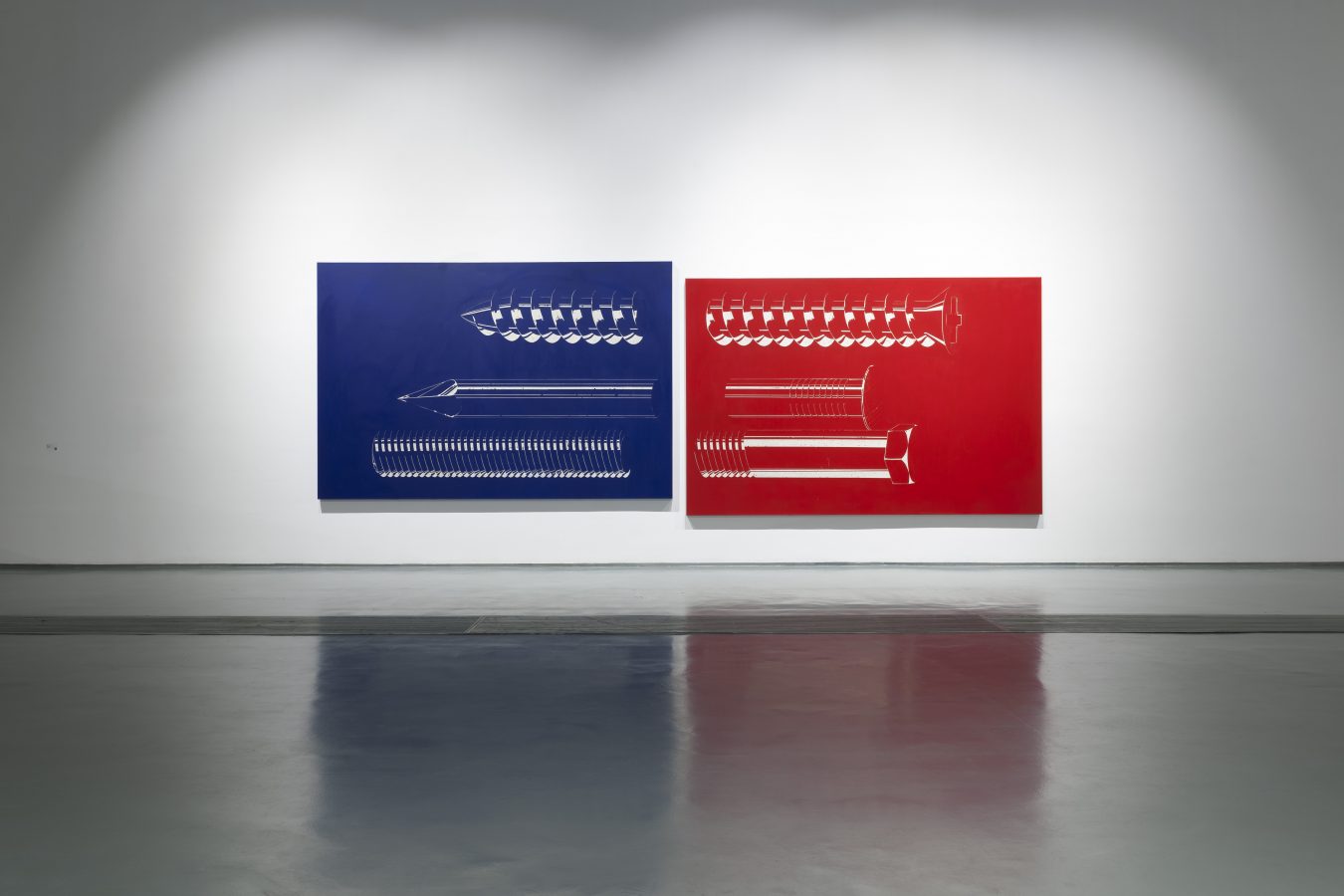 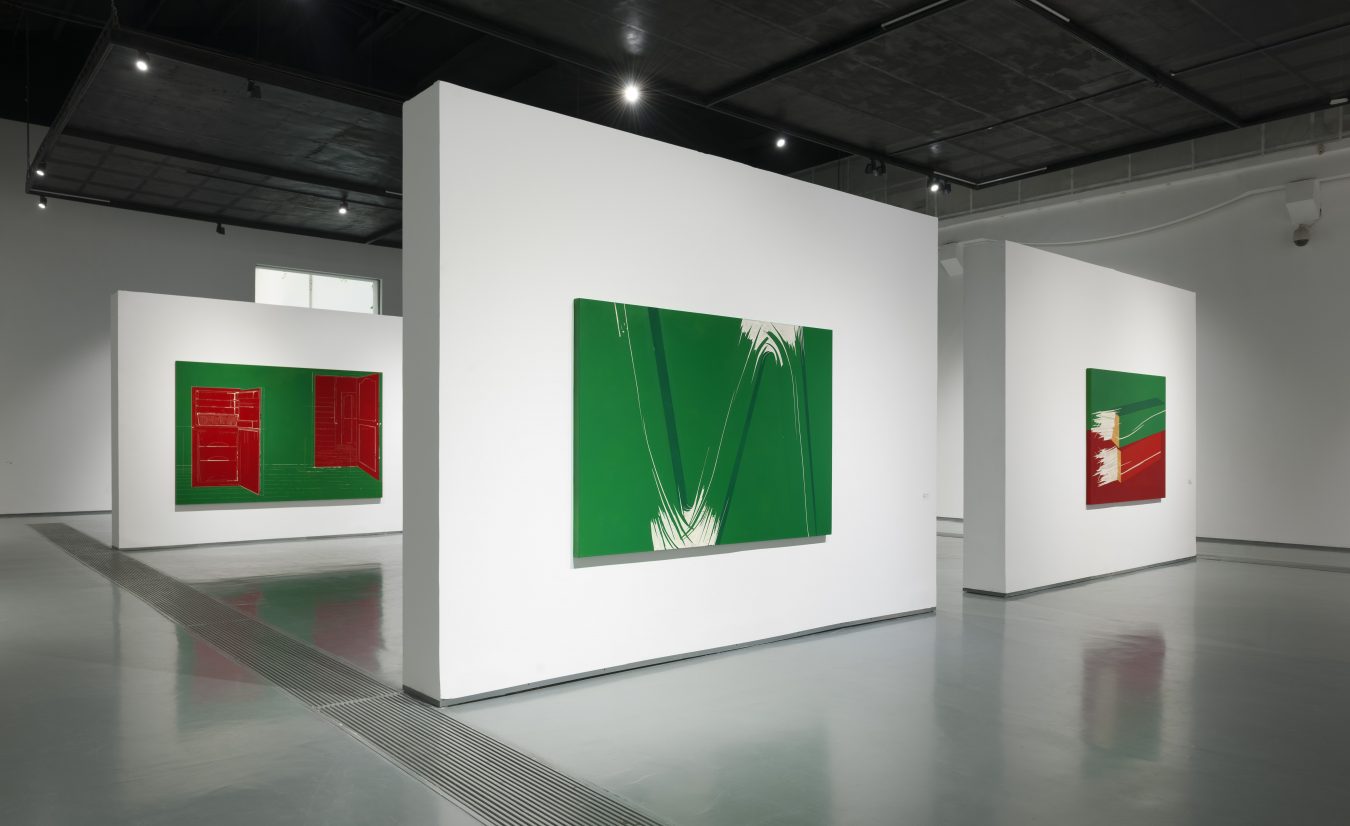 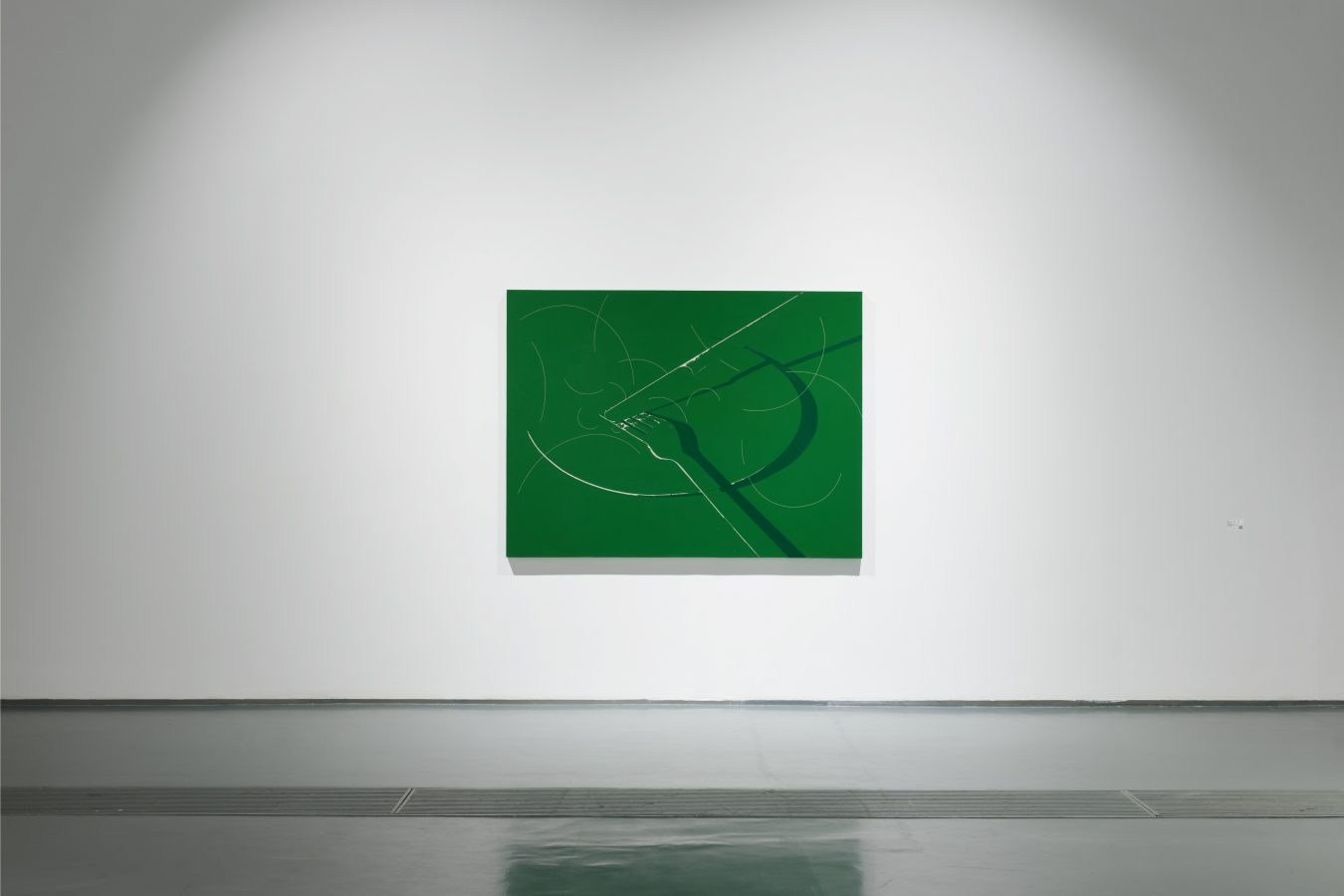 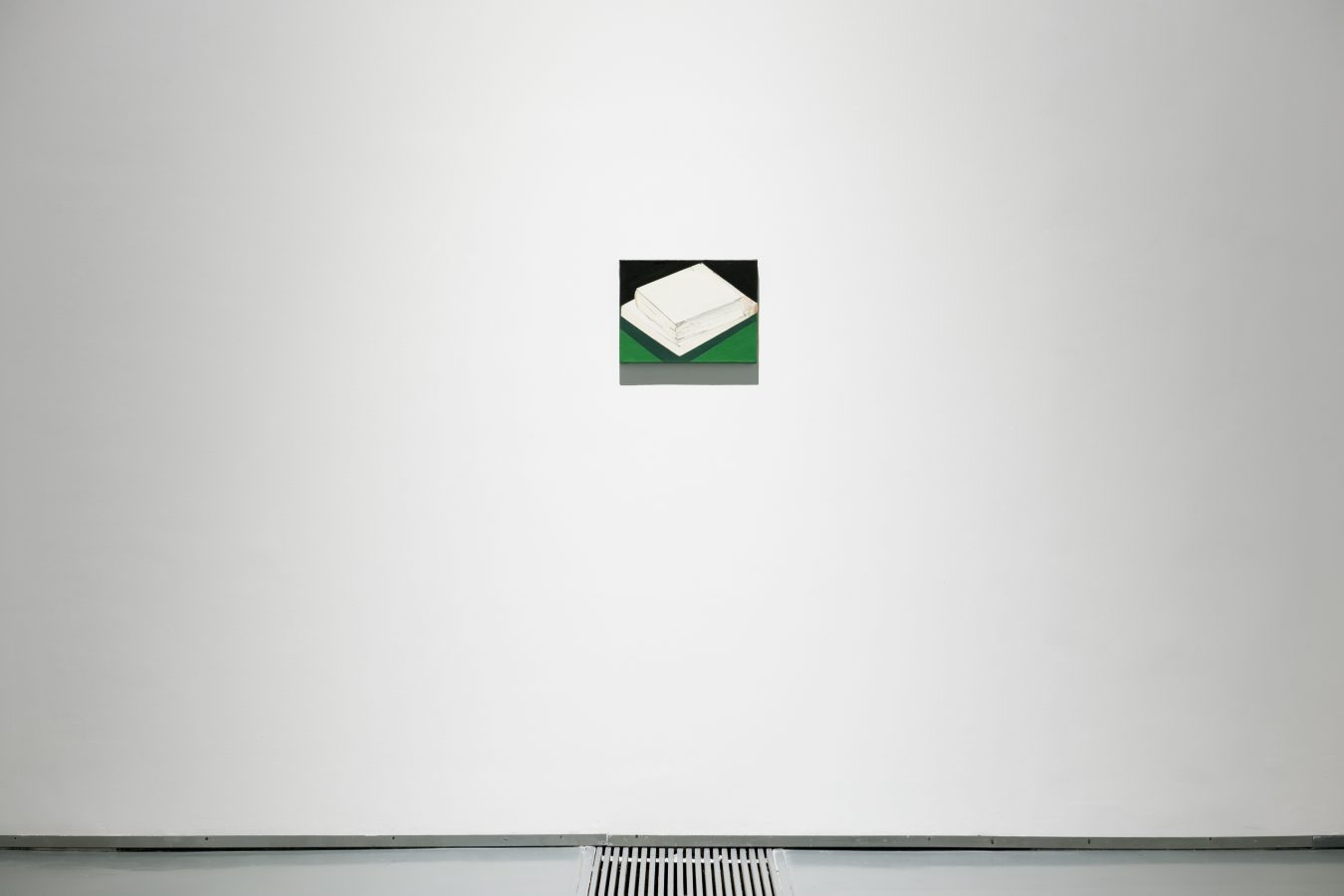 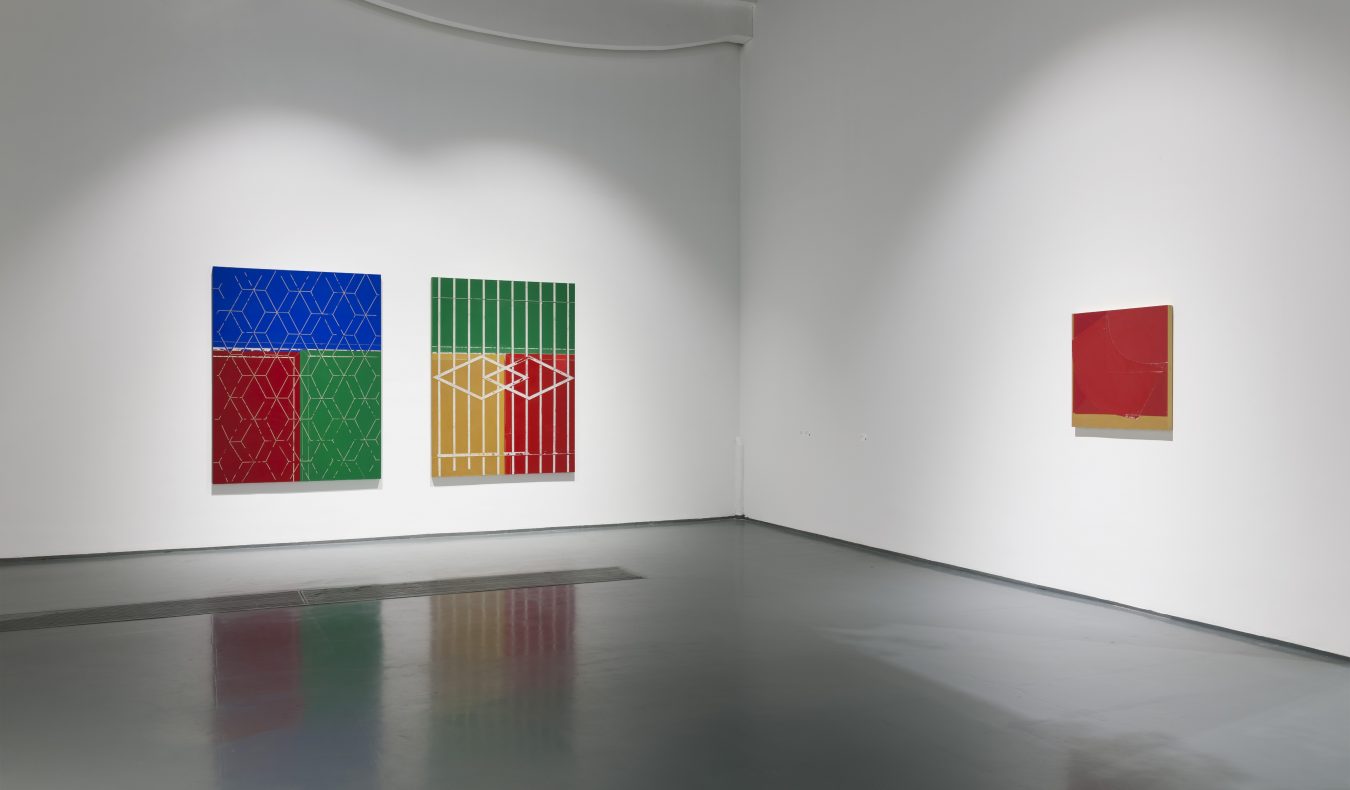 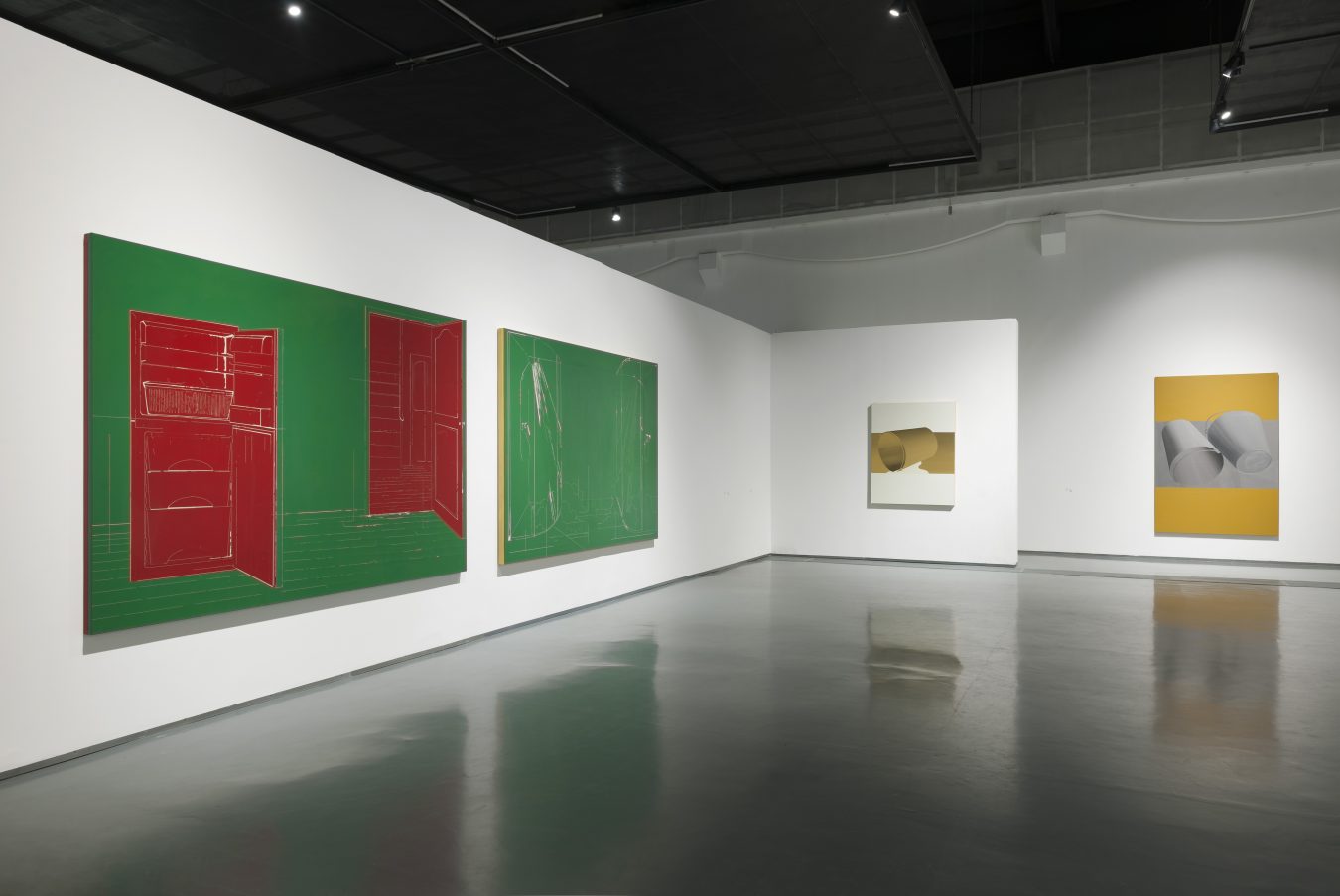 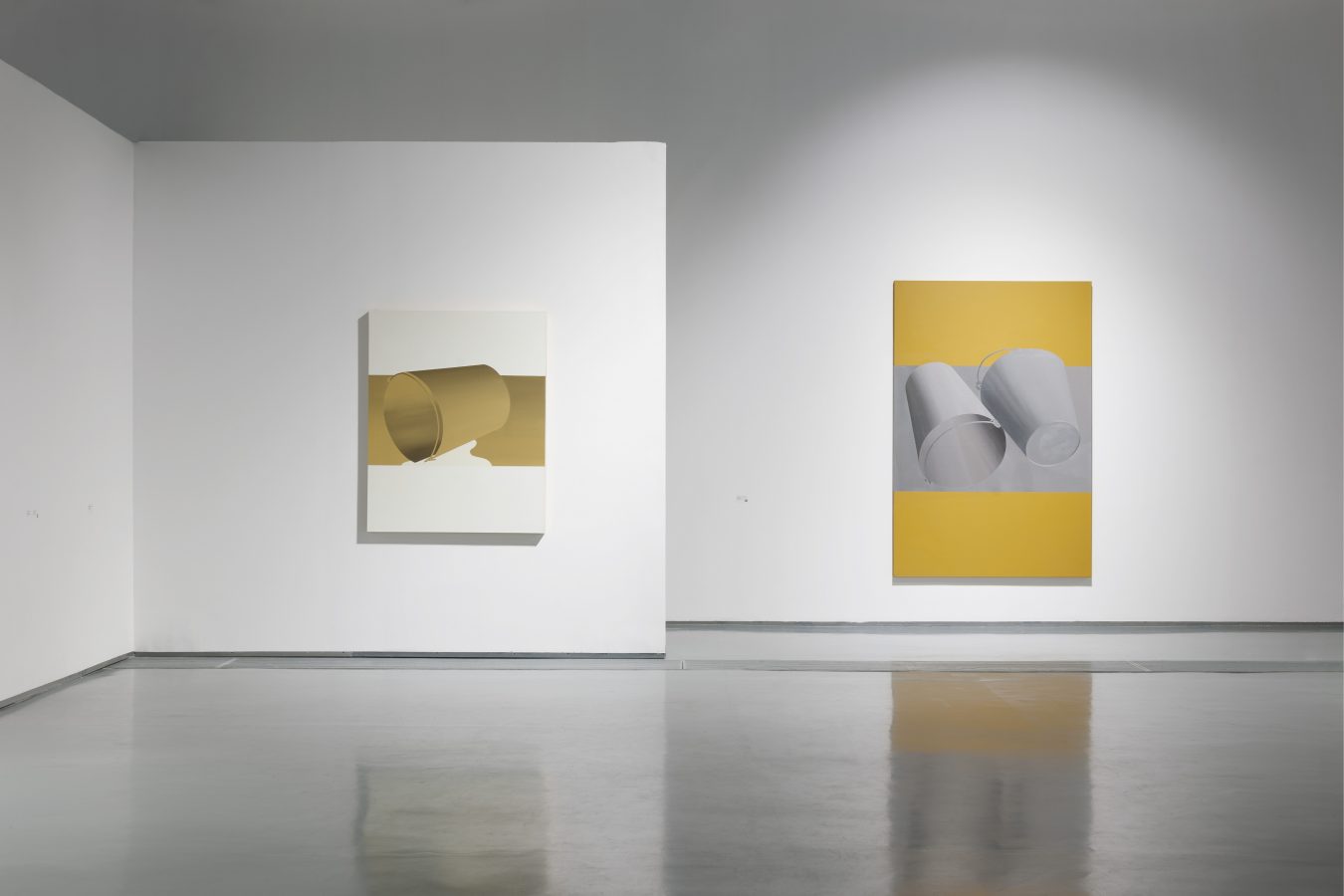 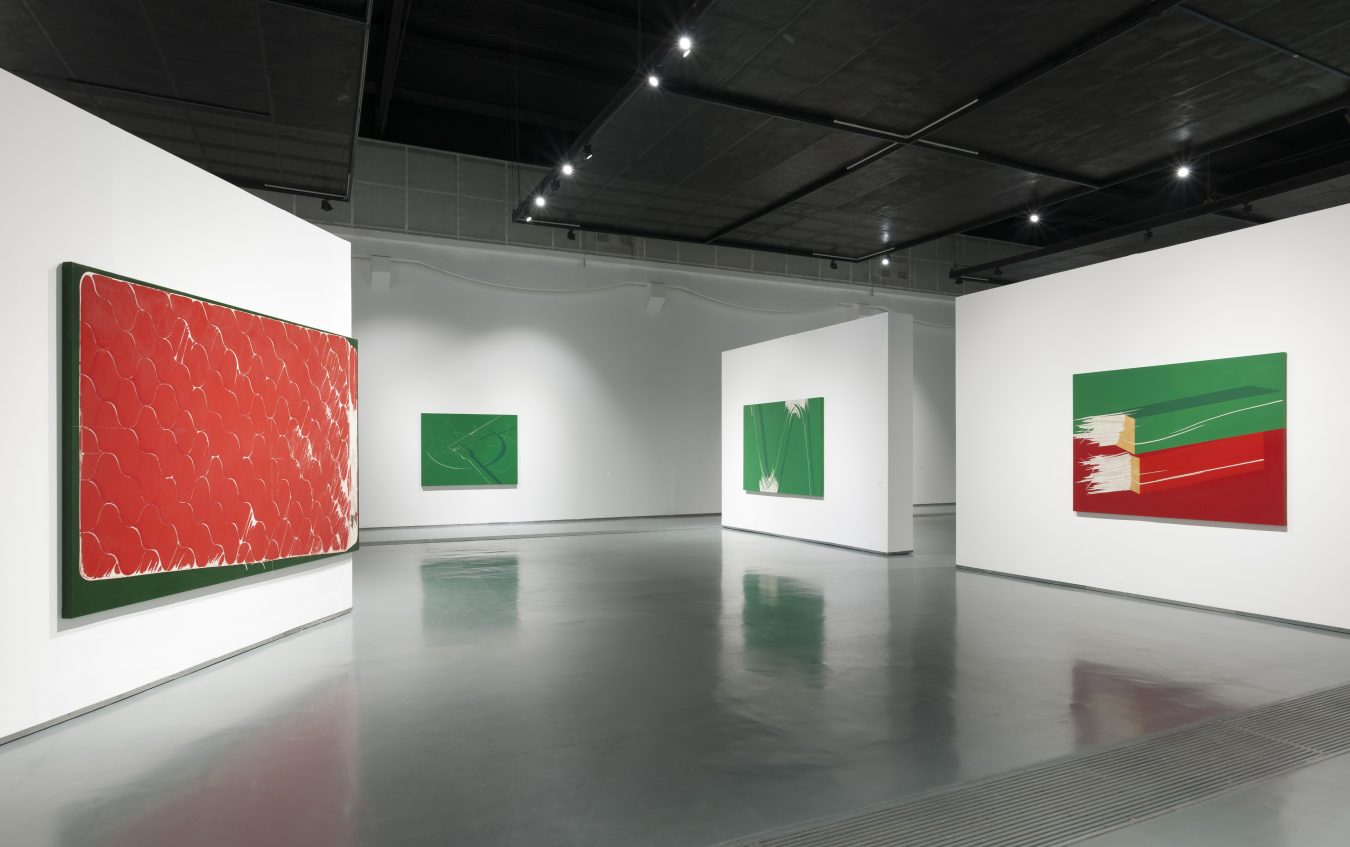 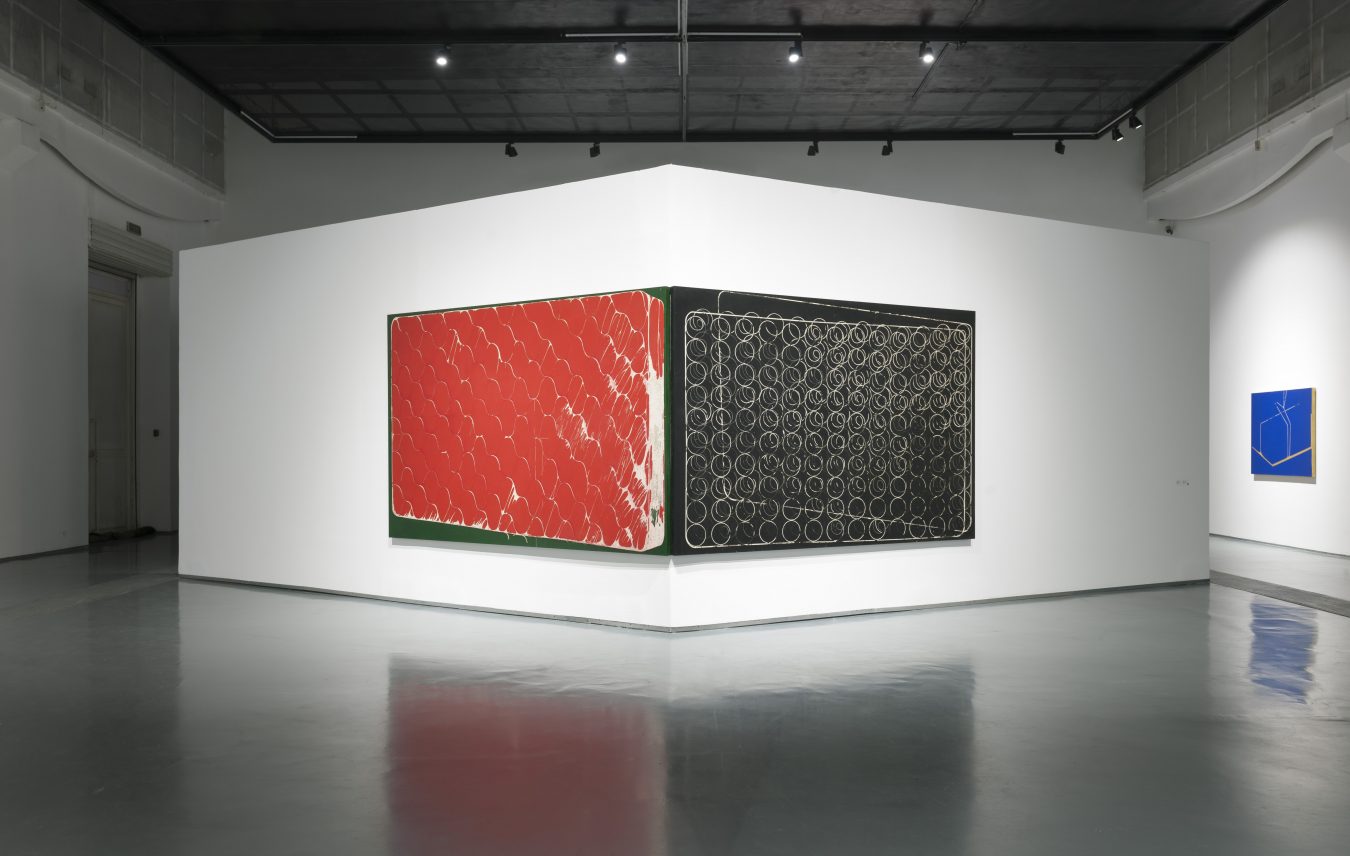 Distance about Barrel No.1
Leng Guangmin

Hive Center for Contemporary Art (Beijing) is pleased to announce the opening of Leng Guangmin: Perfect Destruction on 15th July, 2017, at Hall A, and it is the first time that Hive Center holds for a post-’80s young artist a large scale solo exhibition, at its main hall. The exhibition is curated by young critic Xu Sheng and will last until August 20th.

Leng Guangmin, born in 1986, is one of the representatives of the youngest generation artists of Chinese contemporary art. In his works, the golden law of traditional painting and the boundaries of art schools have often been betrayed. Unreasonable visual paradox and counterbalance between two contradict logics in one image, often supplemented by colors of intense contrast, all magically co-exist in his paintings. His practice seems to have been dependent on all the methodologies in existing art and have cleverly avoided rusty inherent experience and ideas, which not only destroys the abstract territory but also blurs the figurative boundary. His works are created on the basis of minimalist system, yet they feature a sort of mixed and uncertain aesthetics. The hardness and force hidden in the works seem to declare that their creative purpose is to prove their amazing provocative and rebellious power, rather than to pursue a perfectly composed picture. Time and time again, he creates a perfect image and then perfectly destroys its perfection, endlessly pushing himself into a self-torture art adventure like Sisyphus.

The solo exhibition Perfect Destruction will show Leng Guangmin’s works created in recent two years. He has consistently maintained his unique creative methods also seen in his previous two exhibitions “See the Appearance” (2013) and “Leng Guangmin”(2015): paste paper on the linen, draw acrylic image on the paper, and depict details with a knife to expose the paper under the paint, so as to give the painting a sculptural texture. During the process, Leng Guangmin is like a precise surgeon, calm, objective, rational and even mechanical, trying to avoid writing-style intervention with personal emotion and completely devoting himself into the observation, shaping and reproduction on the details that the painting requires. Like Roland Barthes’s Writing Degree Zero, the artist is engaged in a pure writing free from emotional fluctuations. However, the zero degree emotion does not mean the lack of feelings in the creation. On the contrary, when Leng Guangmin decreases feelings to the freezing point to prevent personal subjective feelings overflowing, his perception of himself and the world become more open, objective and fairer, and he lets sense to express the truth of reality and inner heart.

In addition to his consistent rigorous method, Leng Guangmin’s particular concern on “object” has always been the main clue to his creation. In recent years, his enthusiasm for “object” does not fade but continuously grows and expands. Whether early “Old Furniture Series” that brought him fame or later “Flowers and Plants Series” and “Industrial Artificial Manufacture Series”, his focus is always on the concept of “object”. From the view of philosophy, all the characteristics of “object” include “reality” and “spirituality”. As Chinese ancient poet Su Shi said, “Object and I are endless”, the appearances and forms of objects will change along the viewer’s emotional changes. Leng Guangmin’s understanding of “object” accords with his creation, and his painting language is expressive and saturated. He describes the shape of object with a realistic style, which apparently isn’t his interest, neither is his creative direction and purpose. What he tries to achieve is to capture their unique inner temperament on the canvas. To present this unspeakable temperament usually depends on depicting the texture of “object” itself, and even on the sense of reality that indicates no specific time, which, to some extent, conflicts with the temperament of “spirituality”. However, it is the logic of surrealism, which seems to be real but is false, that leads Leng Guangmin to break the objective relation between the real object and the referring object and to liberate “spirituality” imprisoned in the “reality” on the surface. Different from the betrayal between language and image presented by René Magritte in “This Is Not a Pipe”, Leng Guangmin is obsessed with the invisible things hidden in the image, and he has effectively manifested them, identified and established them. This aesthetic feature may be related to the critical thinking of Eastern philosophy, but more is based on the form of Western minimalism, which develops rich and complex relations between painting image and language.

Since the new generation Chinese artists were born in the context of globalization and grew up in a changed social environment, they usually give the impression that they lack collective memories, desires to express political opinions and concerns about the grand social narrative, and their creations seem weak and pale for they excessively indulge in personal interests and tastes. However, each generation has their own responsibilities and faces problems that need to be solved. In fact, the retreat from politicized cultural heritage at least allows the new generation artists relieve the sense of weight that does not match with their growth experience and makes their creative horizon becomes more broad and open. They never reject trying new technology, instead they are pleased to embrace the emergence of new media and they are really good at using them. Conceptually, they keep breaking simple dualism like traditional and modern, Eastern and Western, concrete and abstract, national and global, consciously put their own creation in the framework of art, and discuss the current problems and future possibilities with the world simultaneously. Leng Guangmin’s latest creation, in general, can show his artistic practice and self-confirmation in this aspect. It is his lonely artistic adventure, and perhaps also indicates that, in the process of globalization, Chinese young artists are working hard to seek a new direction and a new way.