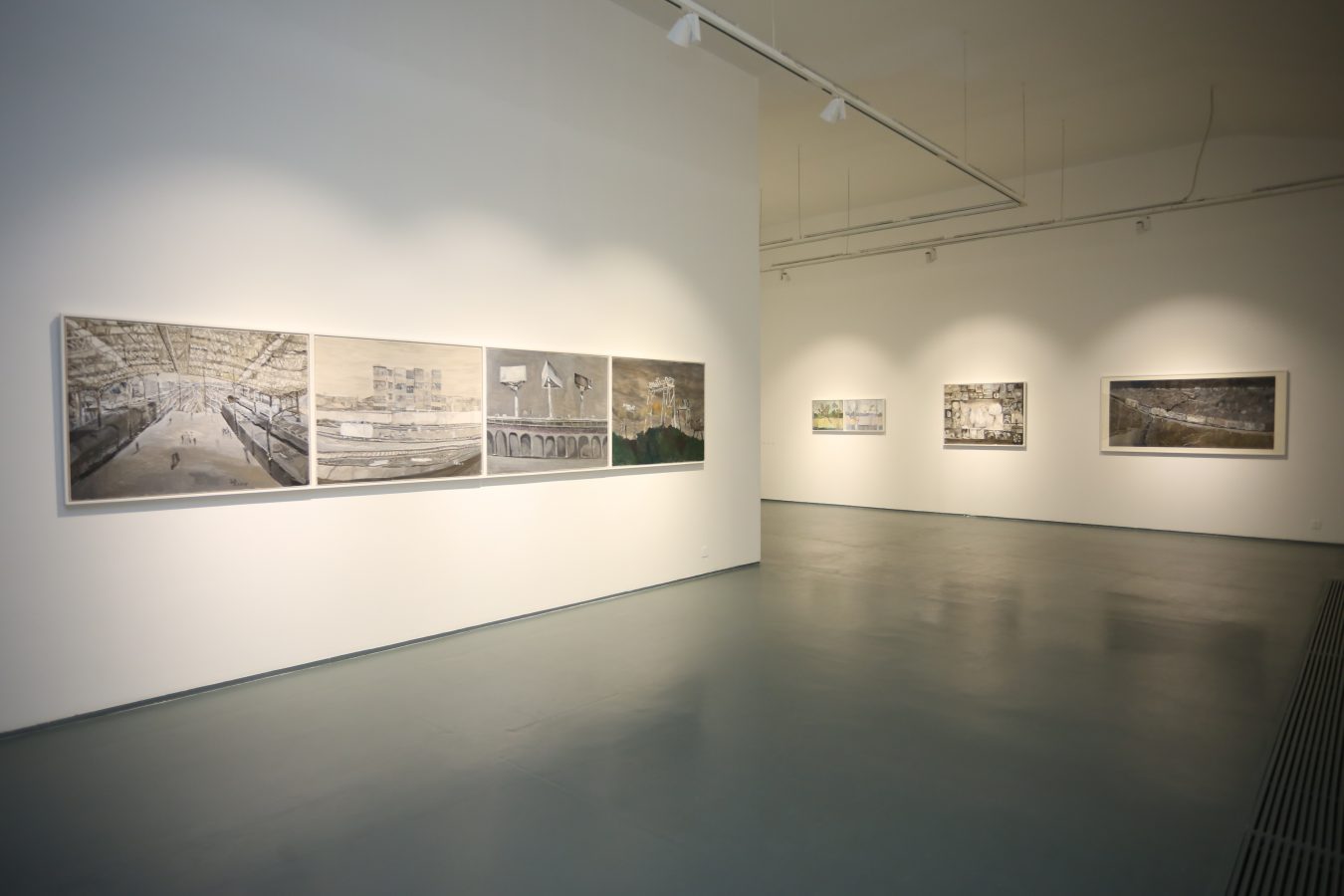 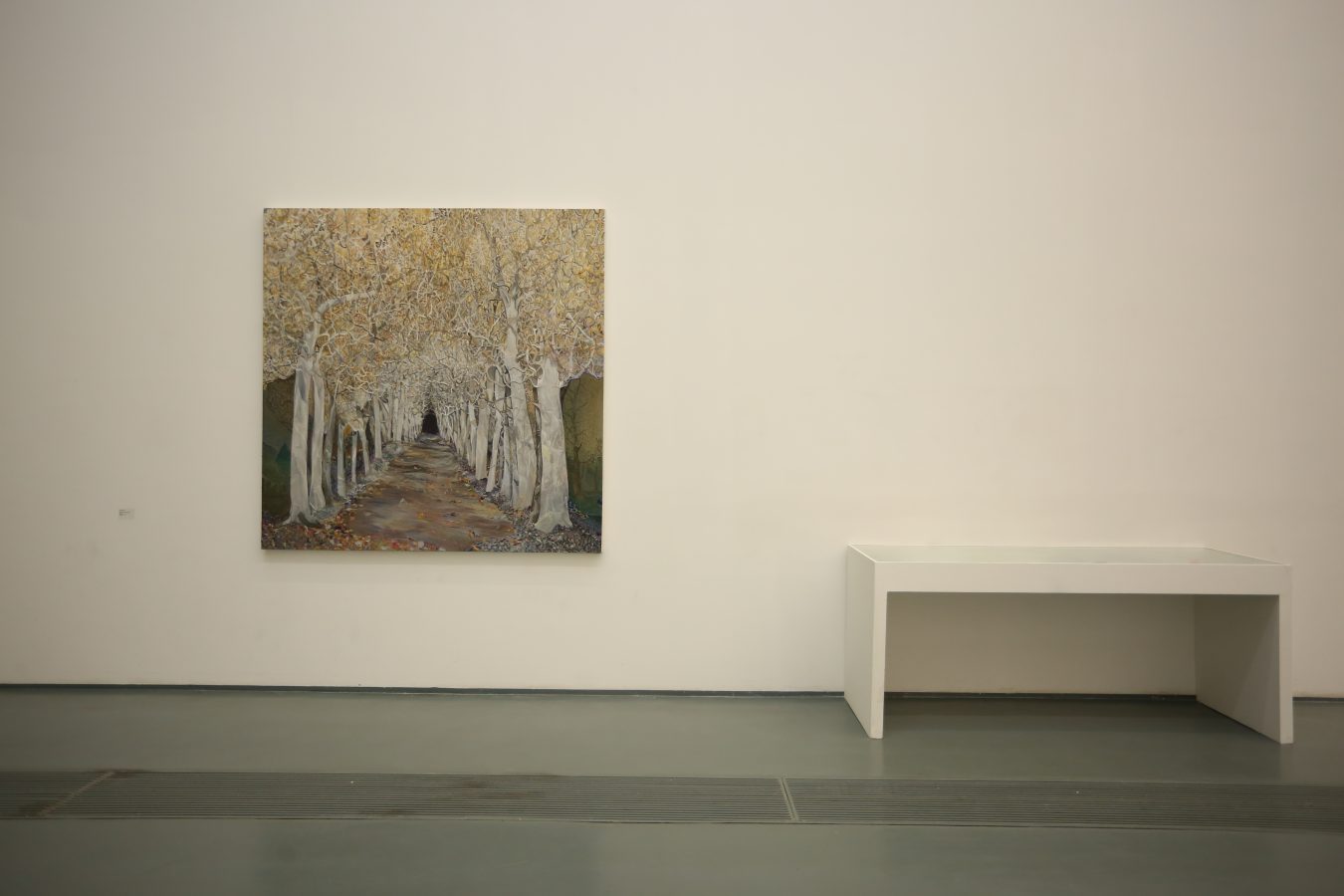 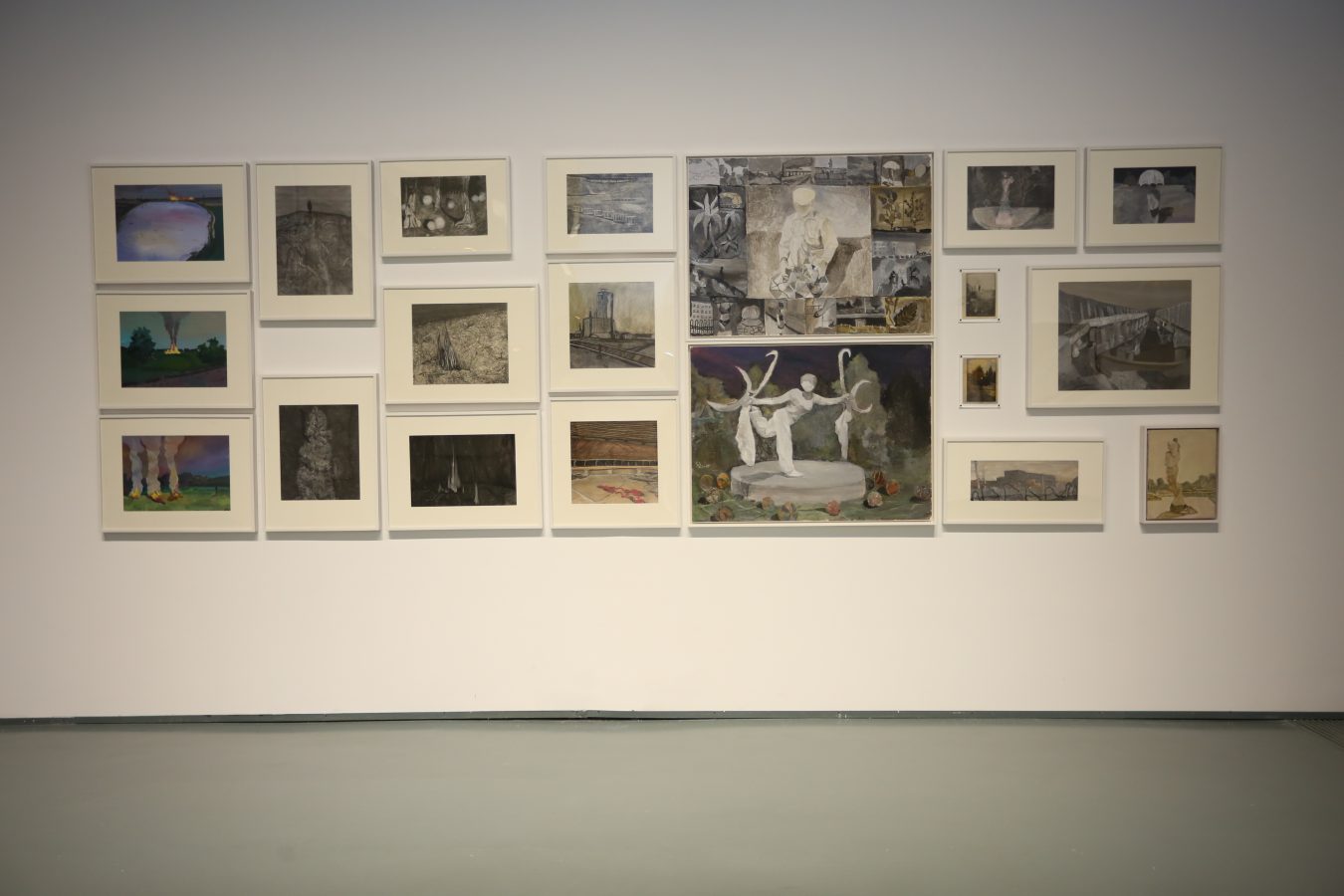 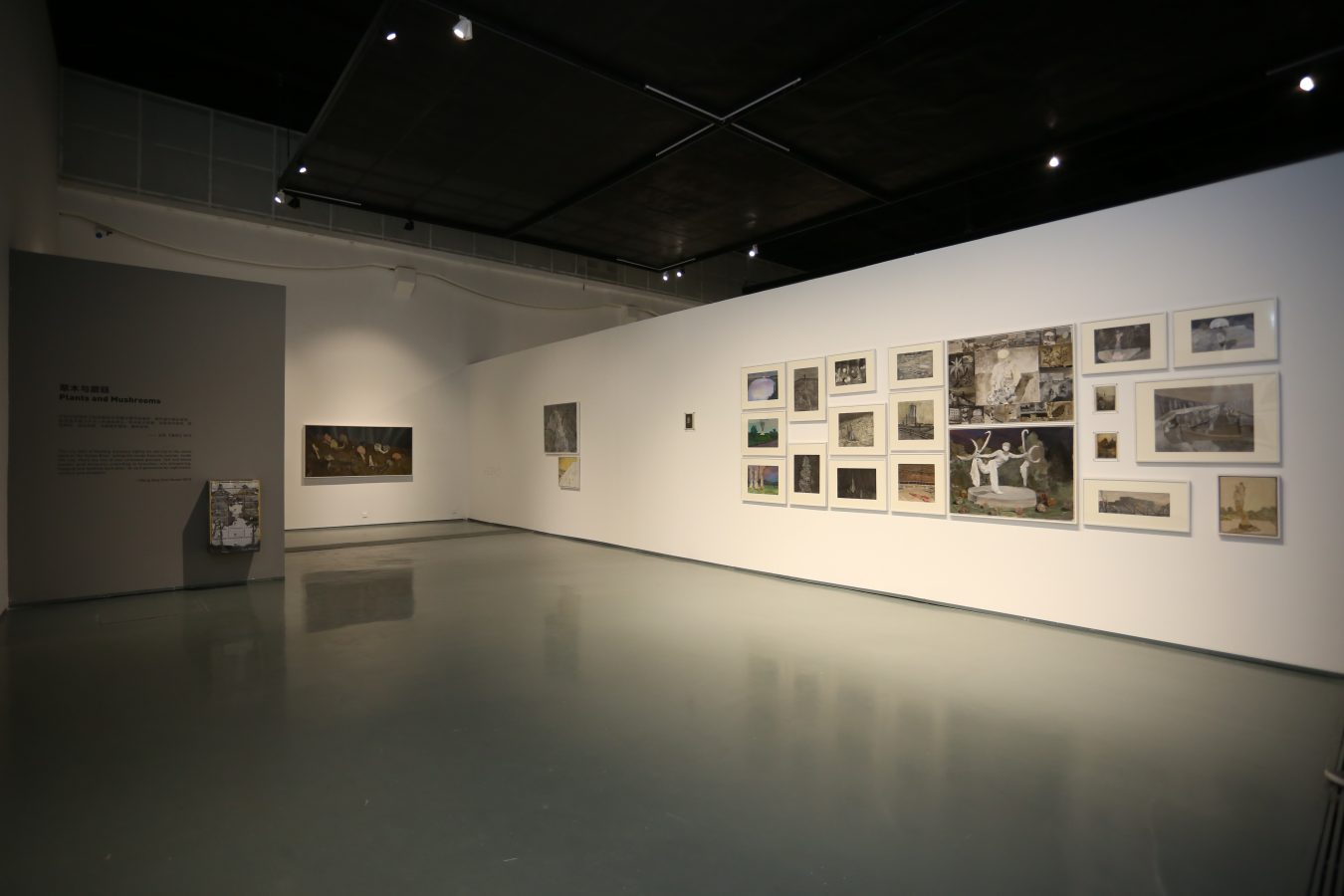 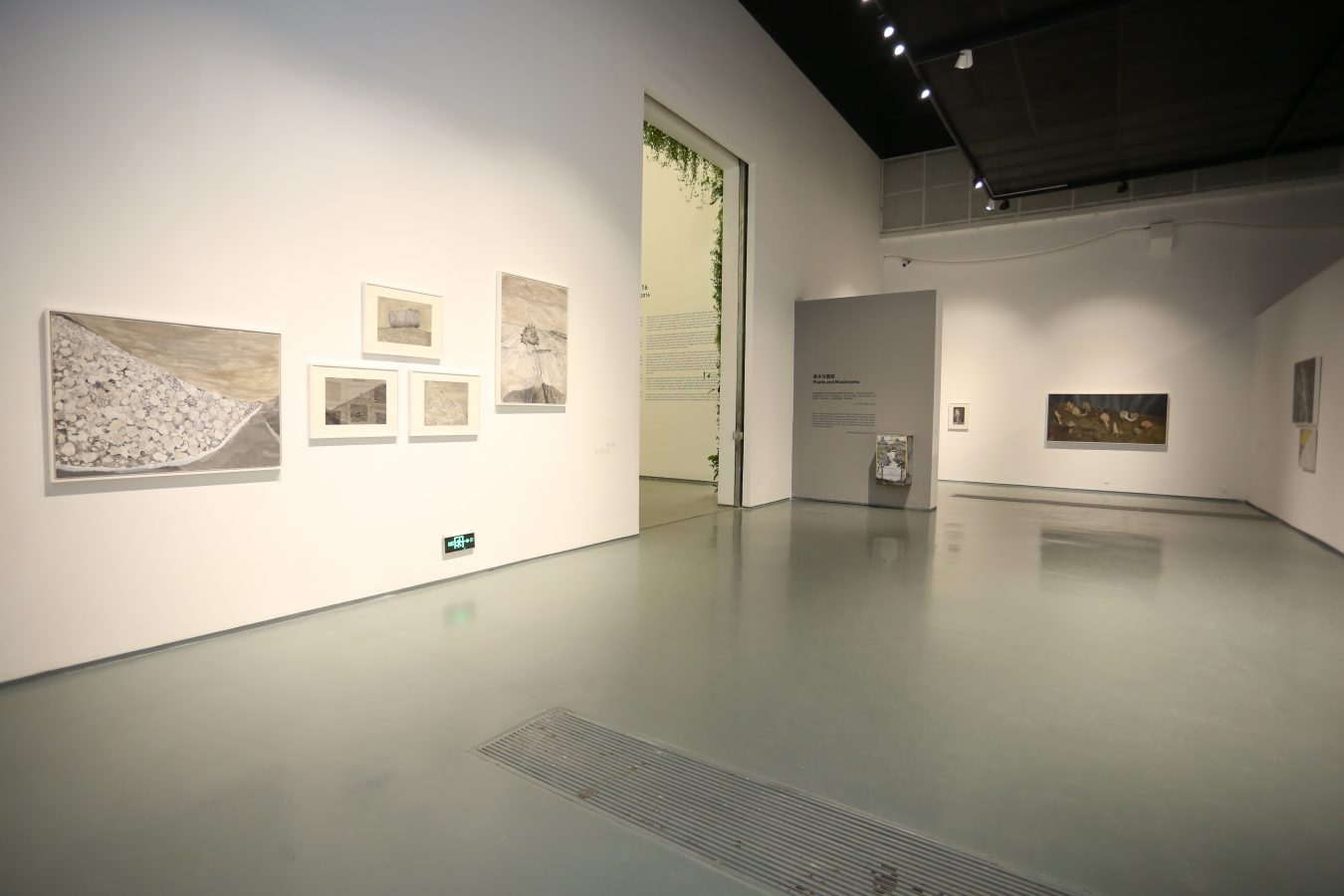 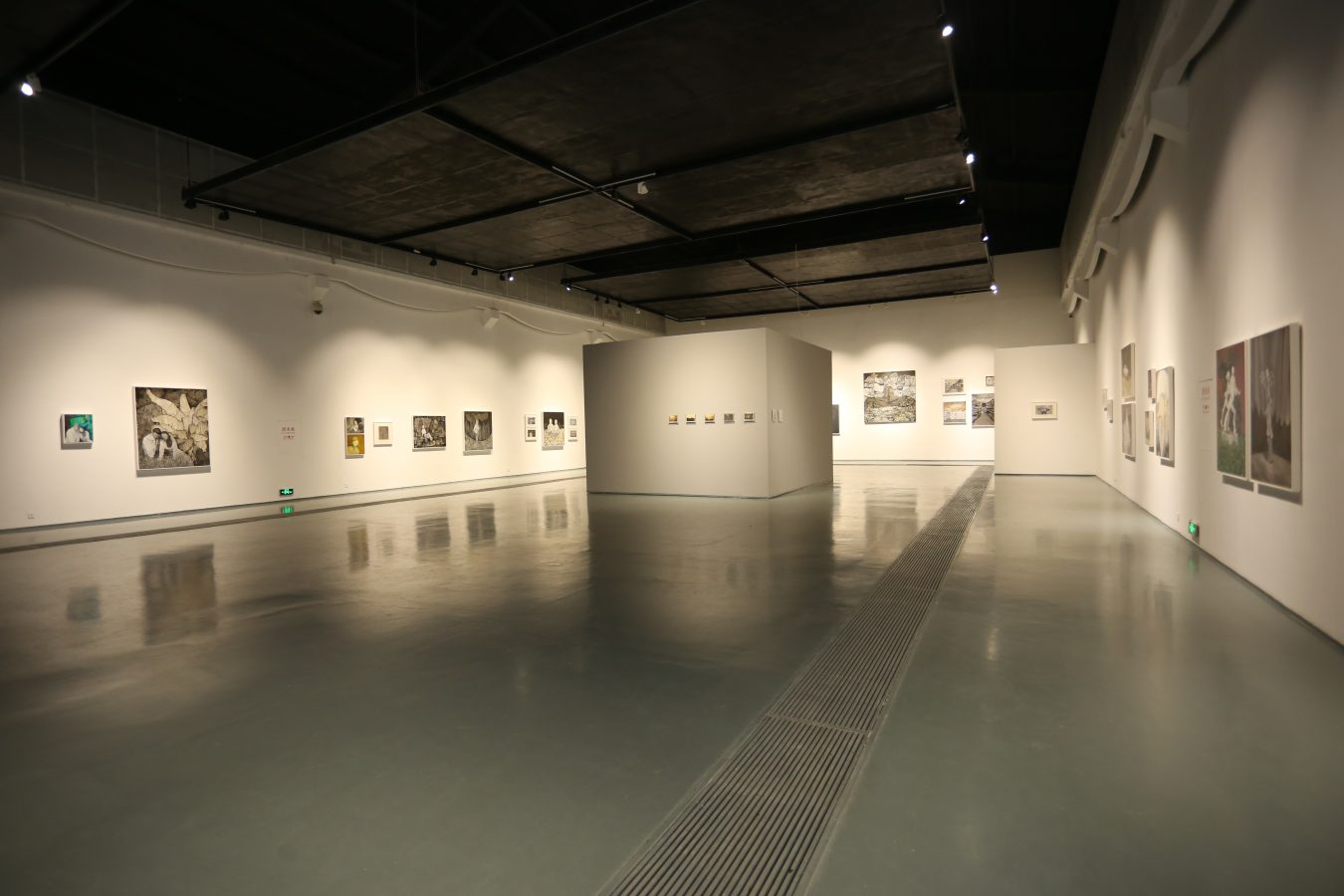 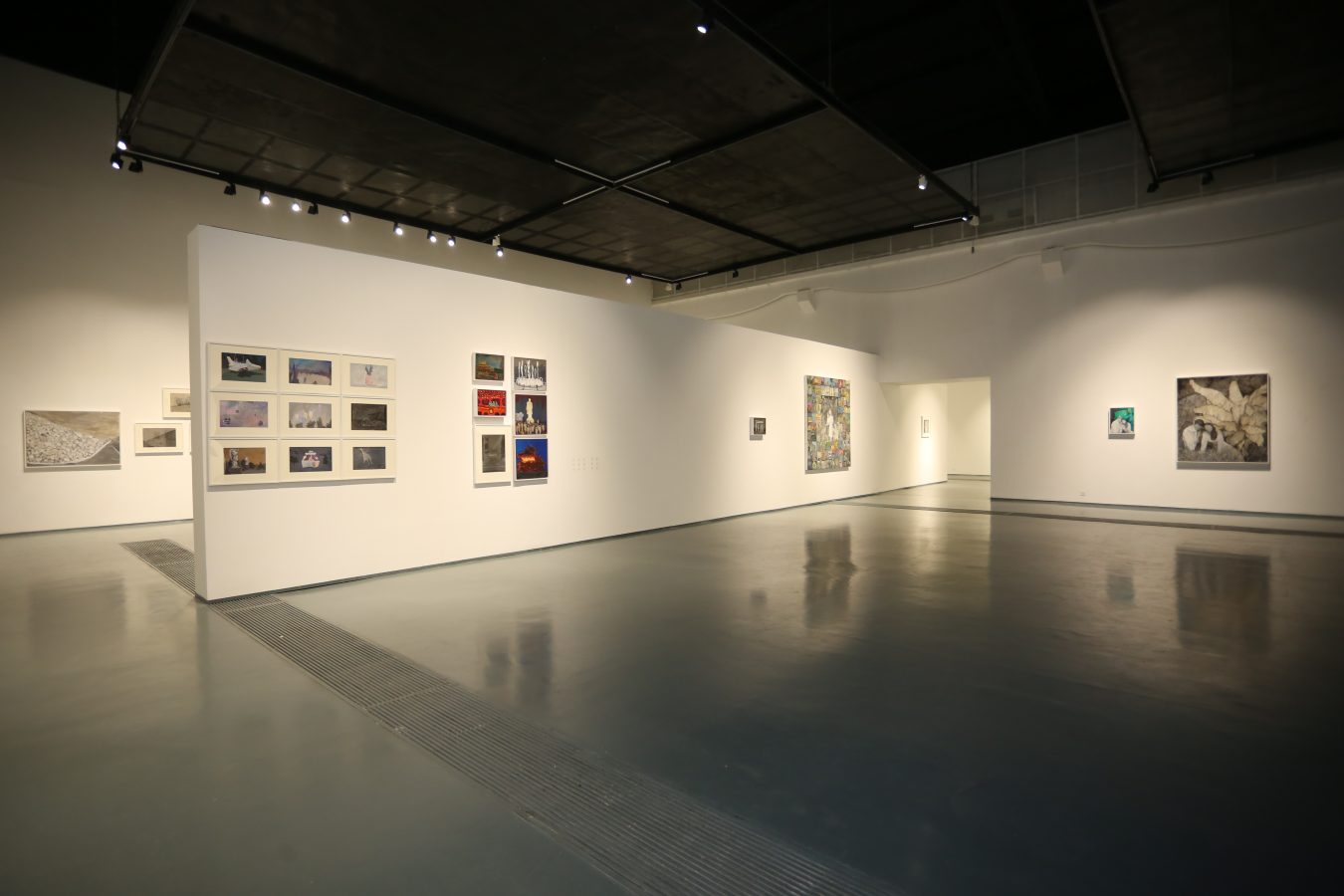 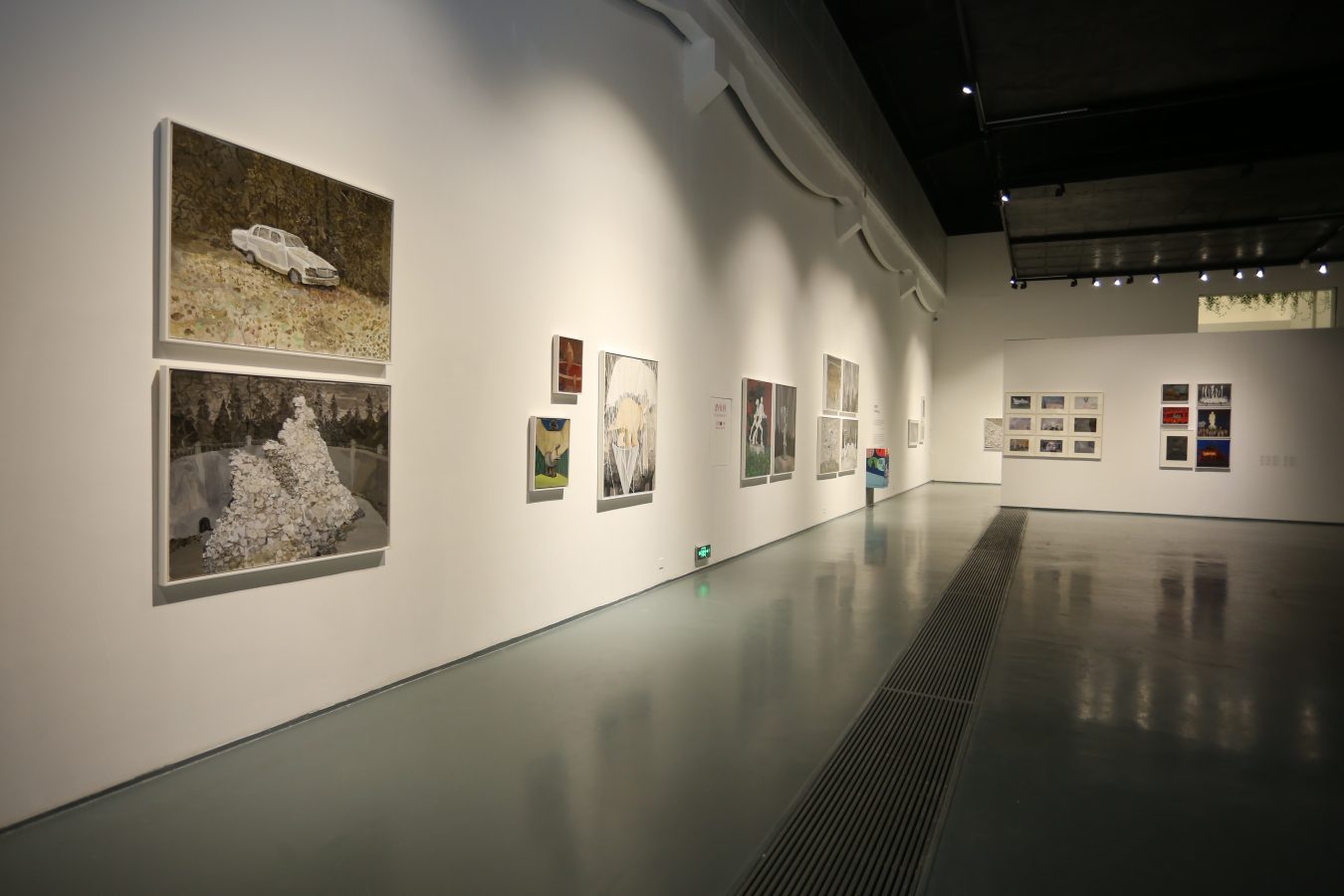 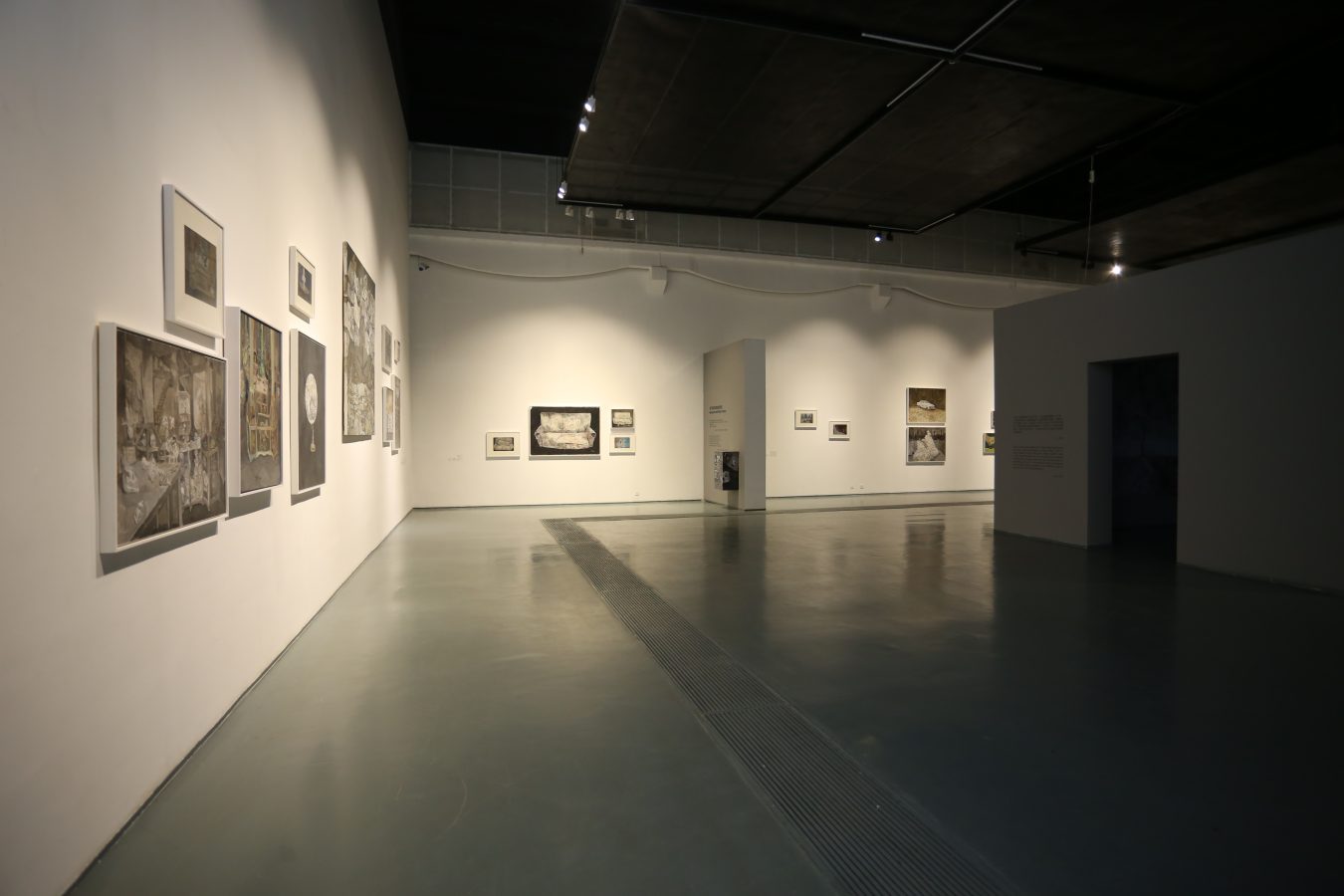 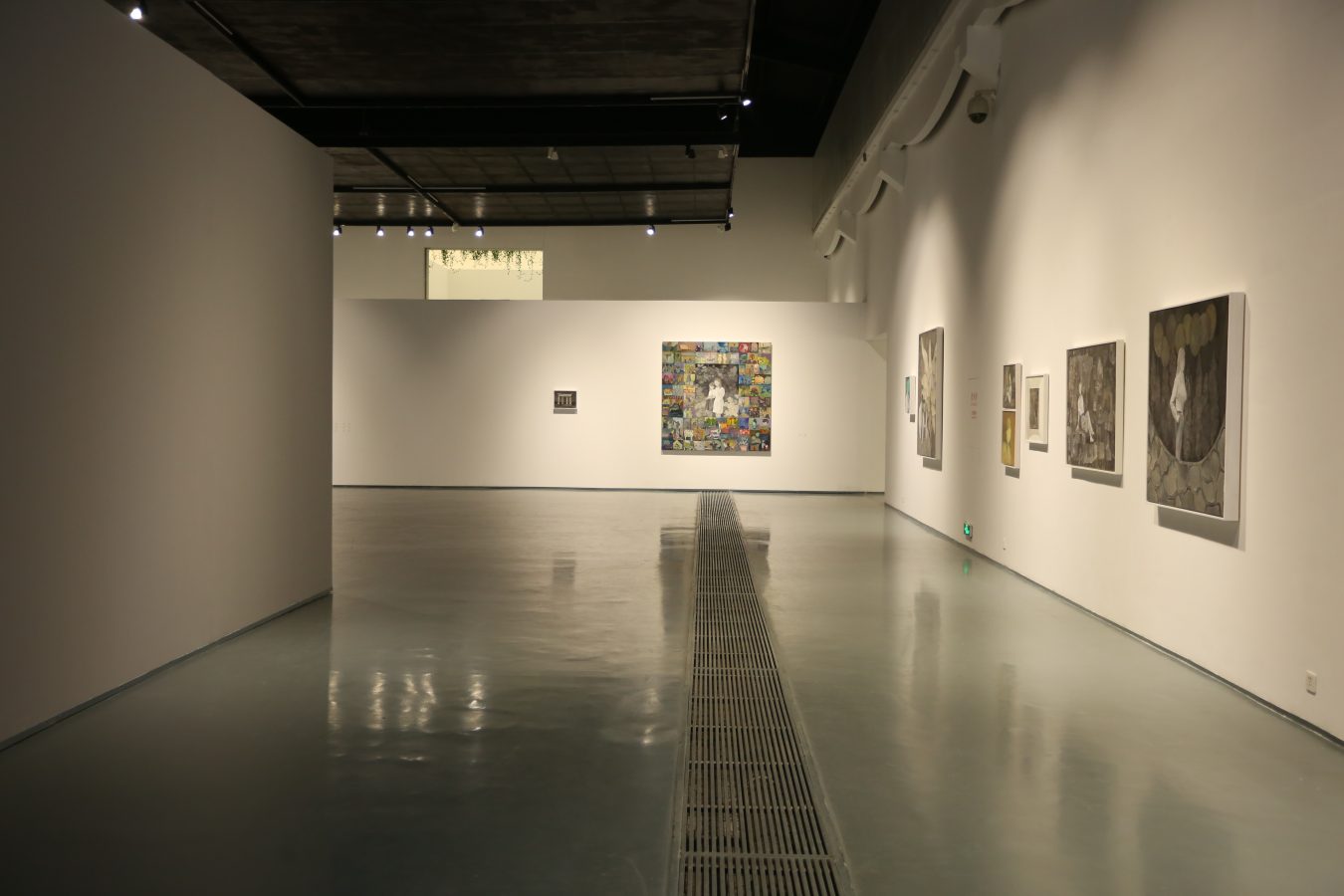 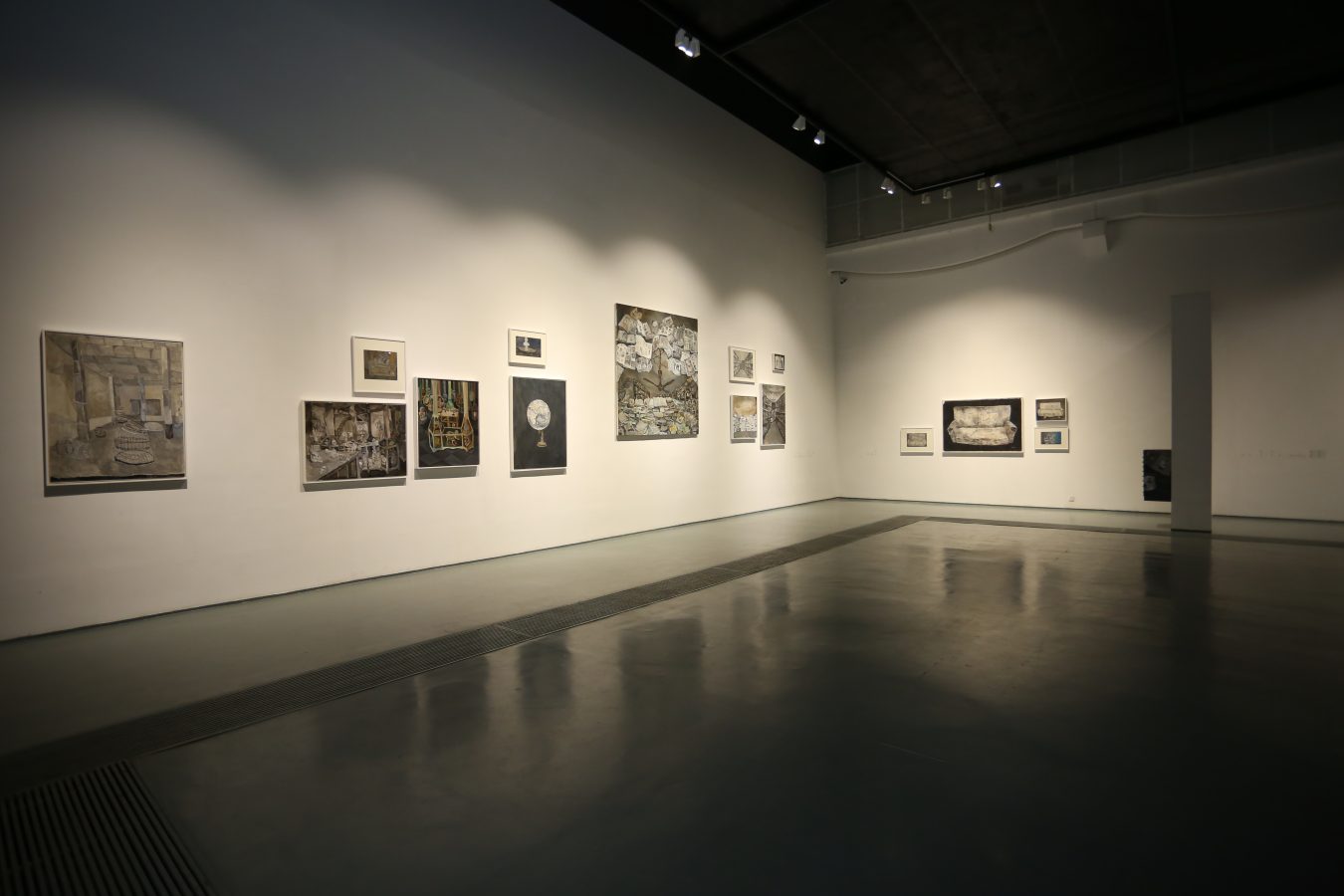 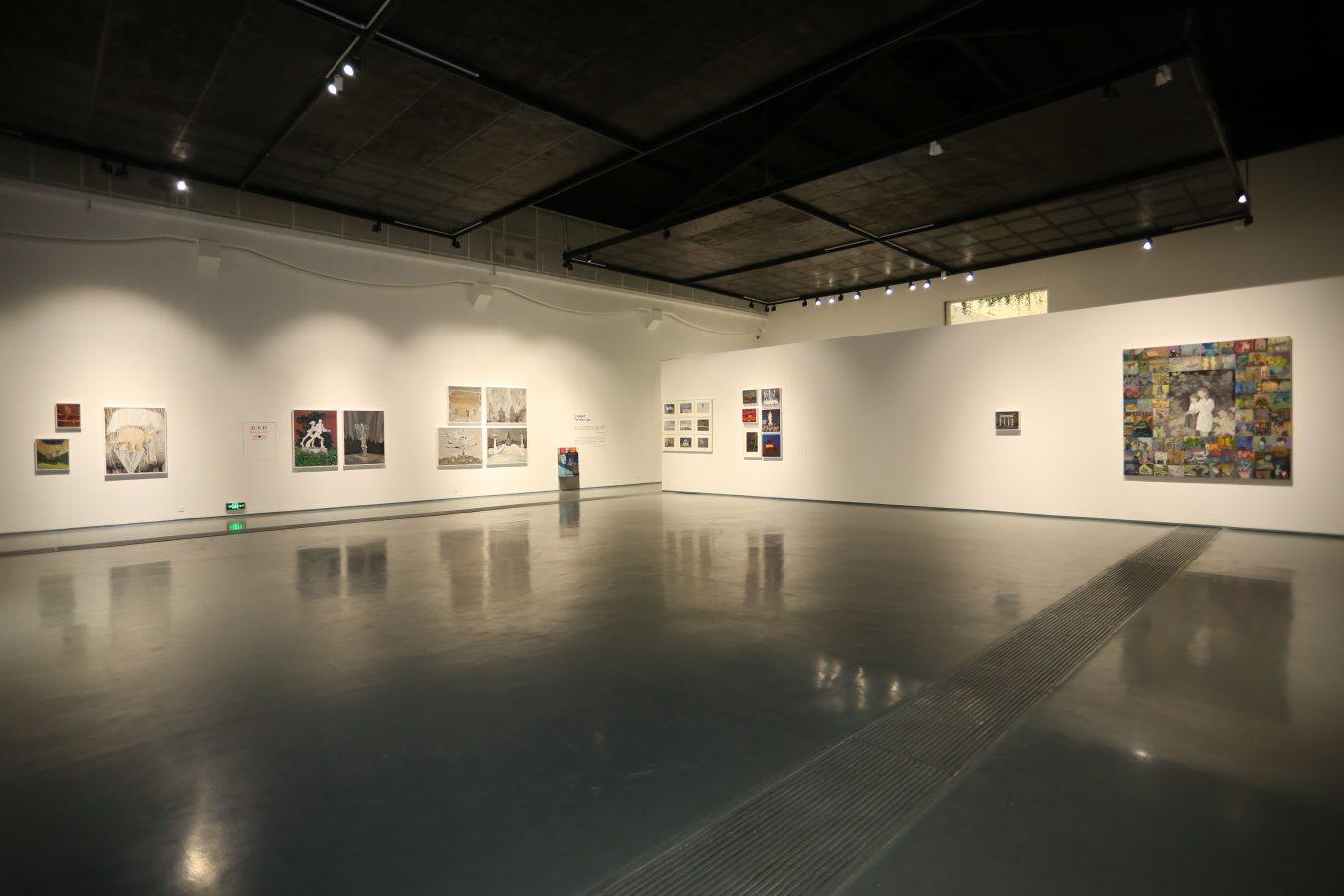 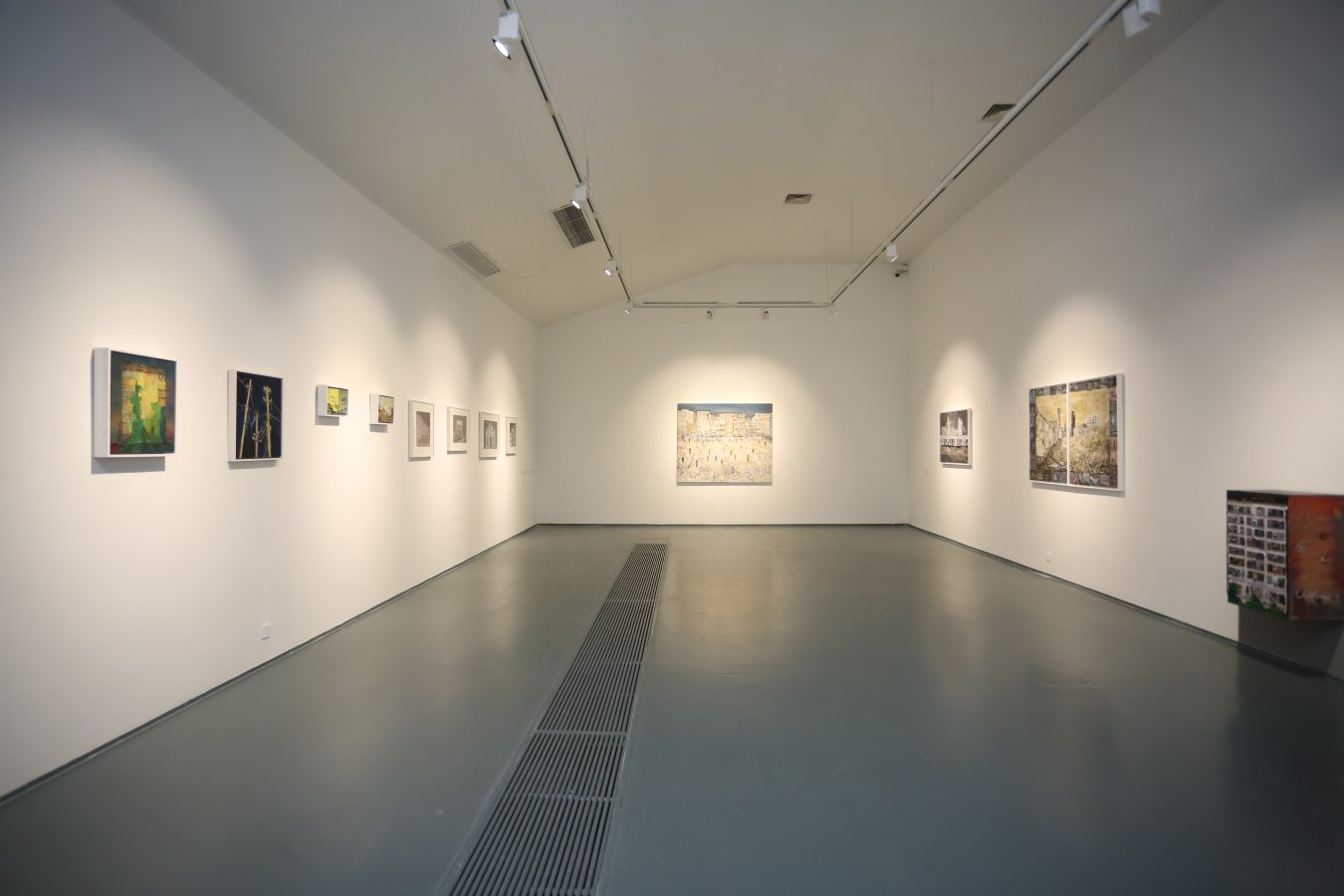 Wang Qing, born in Shangqiu, Henan in 1968, moved to Kaifeng to live on his twelve, with his father, who was a scholar of ancient characters. He has been a big amateur of cinema, literature and art, in 1992, he entered CAFA to study, and began to teach in the Tian jin Academy of Fine Art in 2005. As an artist, Wang Qing lives and works in Henan, Beijing, as well as Tianjin.

Images gradually escaped the shadow of the wistful figure and entered into Wang Qing’s painting, a building towering over a grey skyline, an old library, a pool table covered in a shroud-like cloth, a mottled couch, tigers in a park cage resembling “men and women crying at a funeral,” a heavy load truck passing through the night, an empty train station, a spider web tangle of electric wires, a public sculpture from the Mao era, a city gate, a warehouse, a cable car …. Subjective catharsis stepped aside to make way for objective research, and the depressed, stagnant emotional model was discarded. Now it was possible to probe the diverse forms and semantics of objects. The color tones were still heavy, but the focus was no longer on the position of the self. With the retreat of the wistful one, “a new geometry of space allows for many alternative planes of existence.” Here, past and present, individual experience and collective memory engage in a specific relationship of dialogue. The act of viewing is no longer directed at that emptiness of traditional aesthetics implied by the boundless sky, but instead faces the chaotic and moving of everyday.

The dense composition echoes this fact. In quite a few of his paintings, objects have been placed in multilayered drawer or tangled vine layouts in an attempt to contain as many objects as possible and to spatialize time. This passion for new forms approaches hoarding: innumerable objects piled high in narrow spaces, which he prefers to call the “filing cabinet” approach. This compositional juxtaposition of disparate fragments is a microcosm of chaotic, ever-changing time and space. Meanwhile, it also reveals the remnant traces of depression. It is just like his reason for choosing The Third Man as his favorite film: “It possesses that emptiness of a great many details piled together.”

If in Wang Qing’s earlier paintings he depicted the shadow of the self, then his current paintings use objects to depict the shadow of an era. The return to the object has helped him to escape from the individual nightmare of isolation and regain the motivation to express. When the object, however, has replaced the expired subject to occupy the entire foreground, it still does not imply that the same spiritual plane has been completely transcended—that boundless sky or emptiness of the past still permeates the objects, perhaps revealing a slower, more abstruse and expectant subject awaiting the arrival of change. 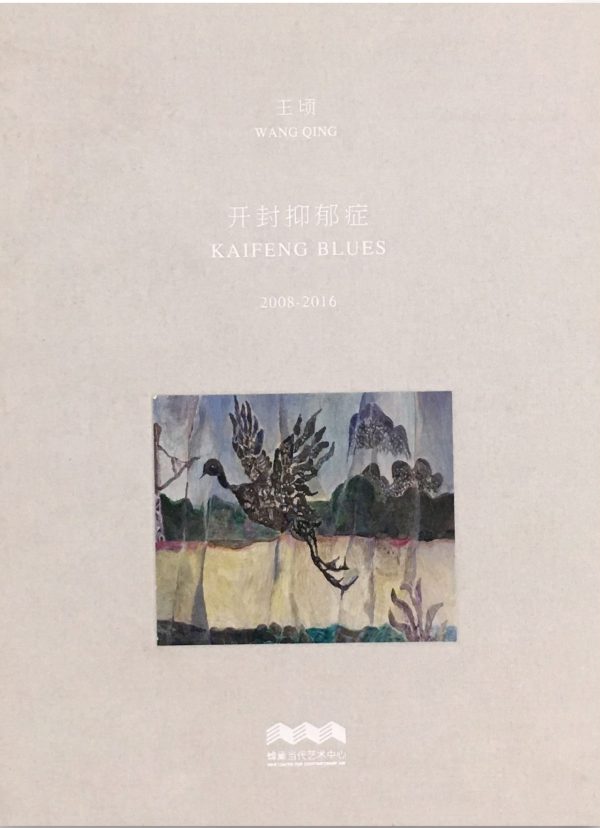