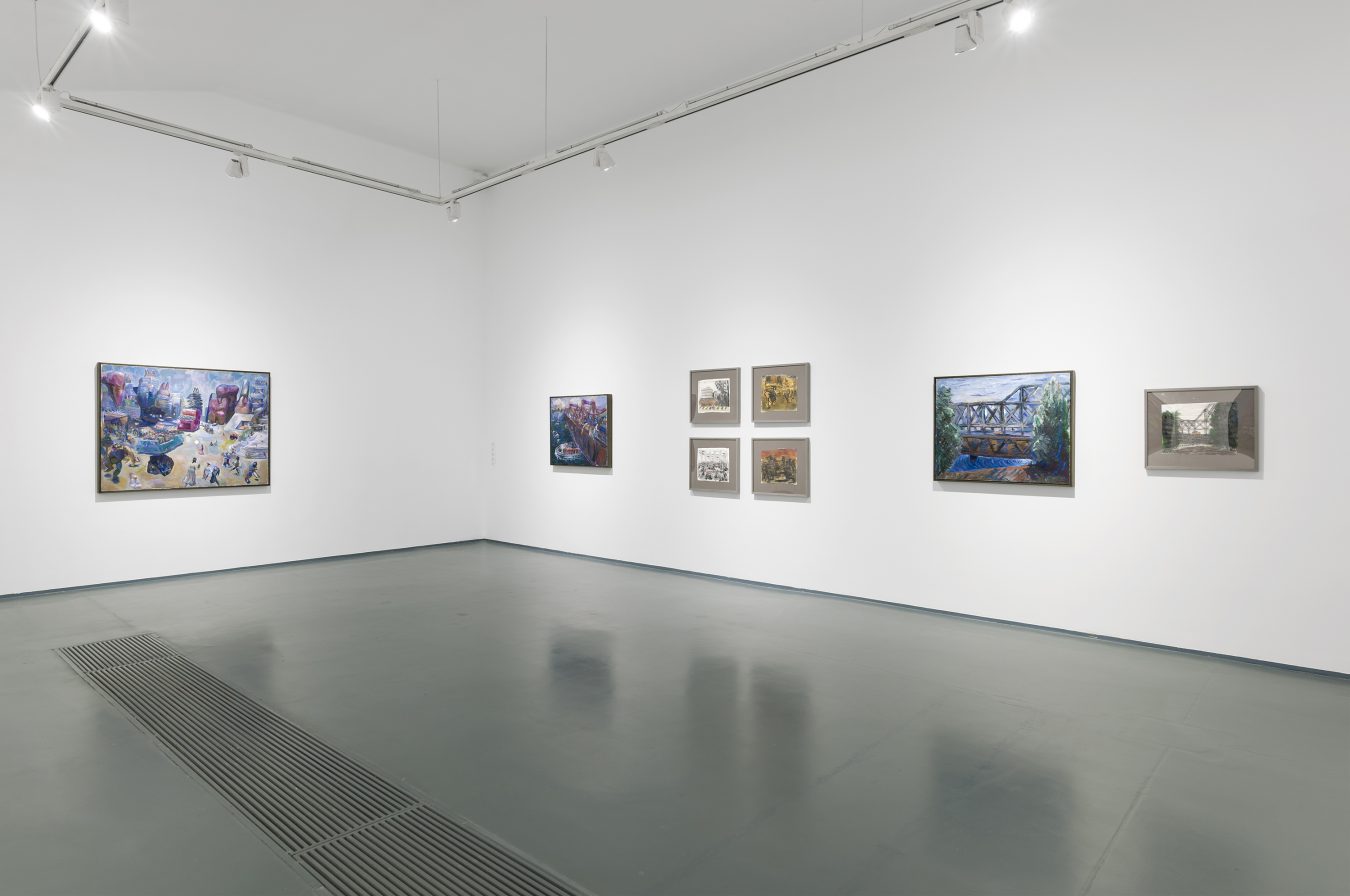 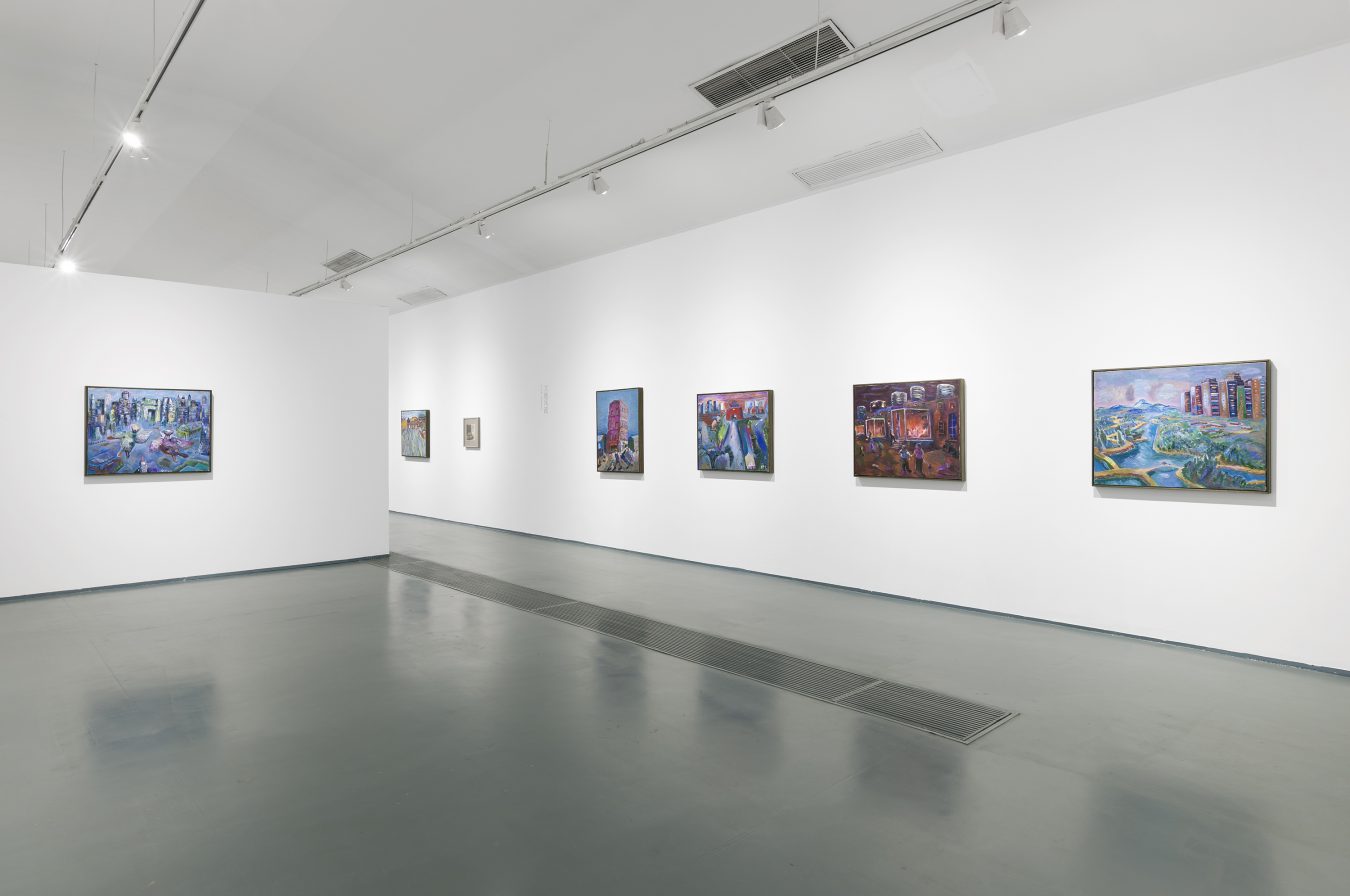 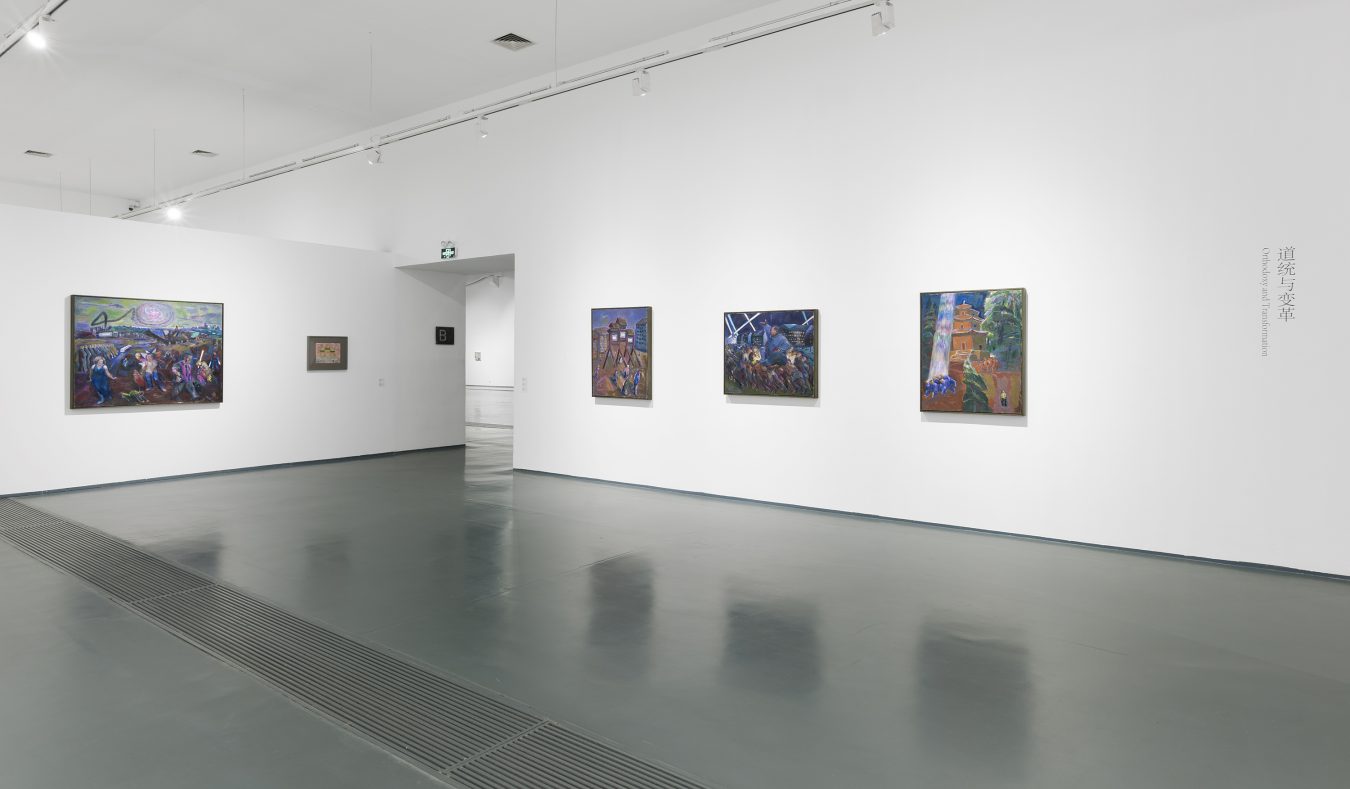 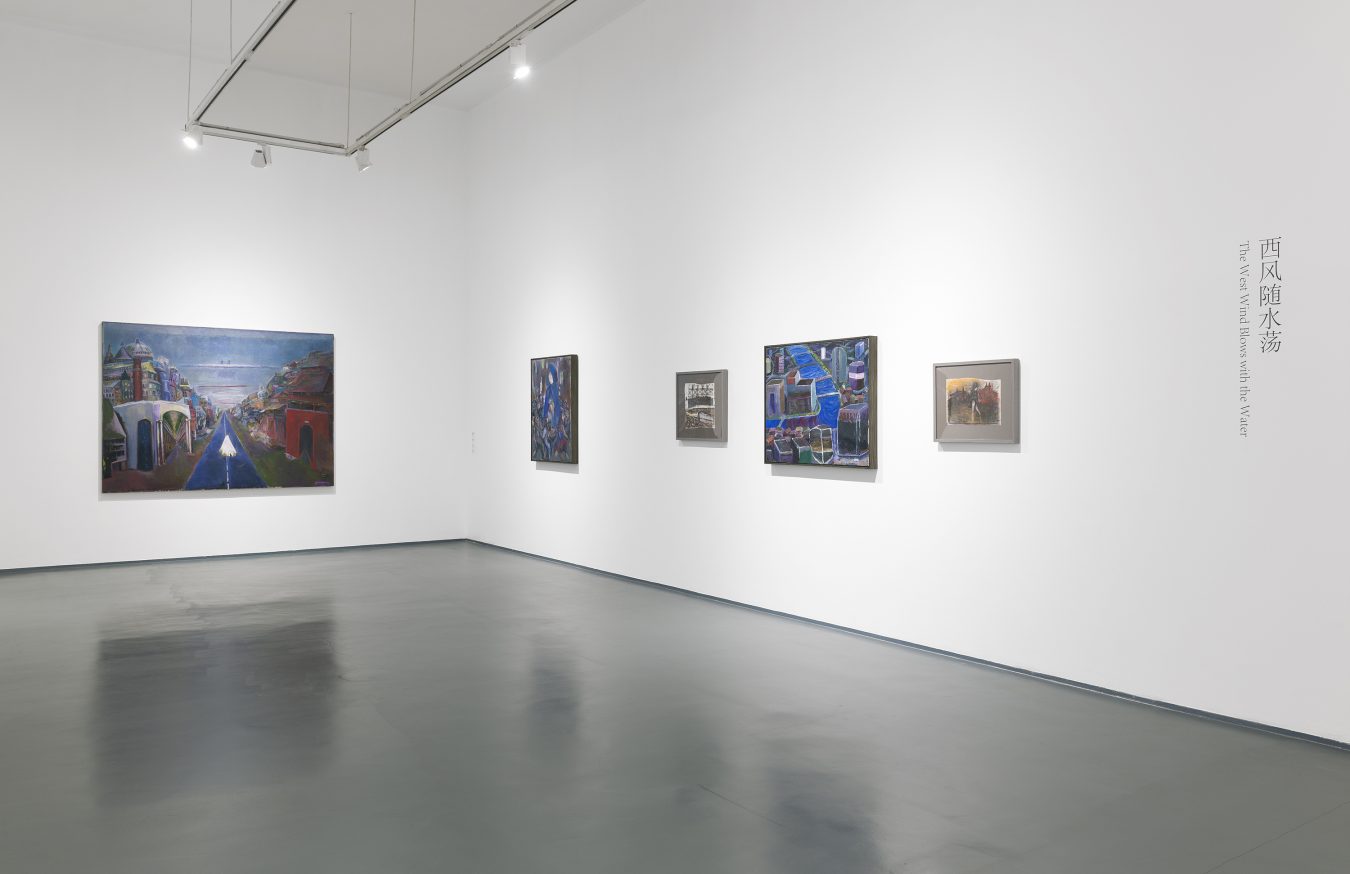 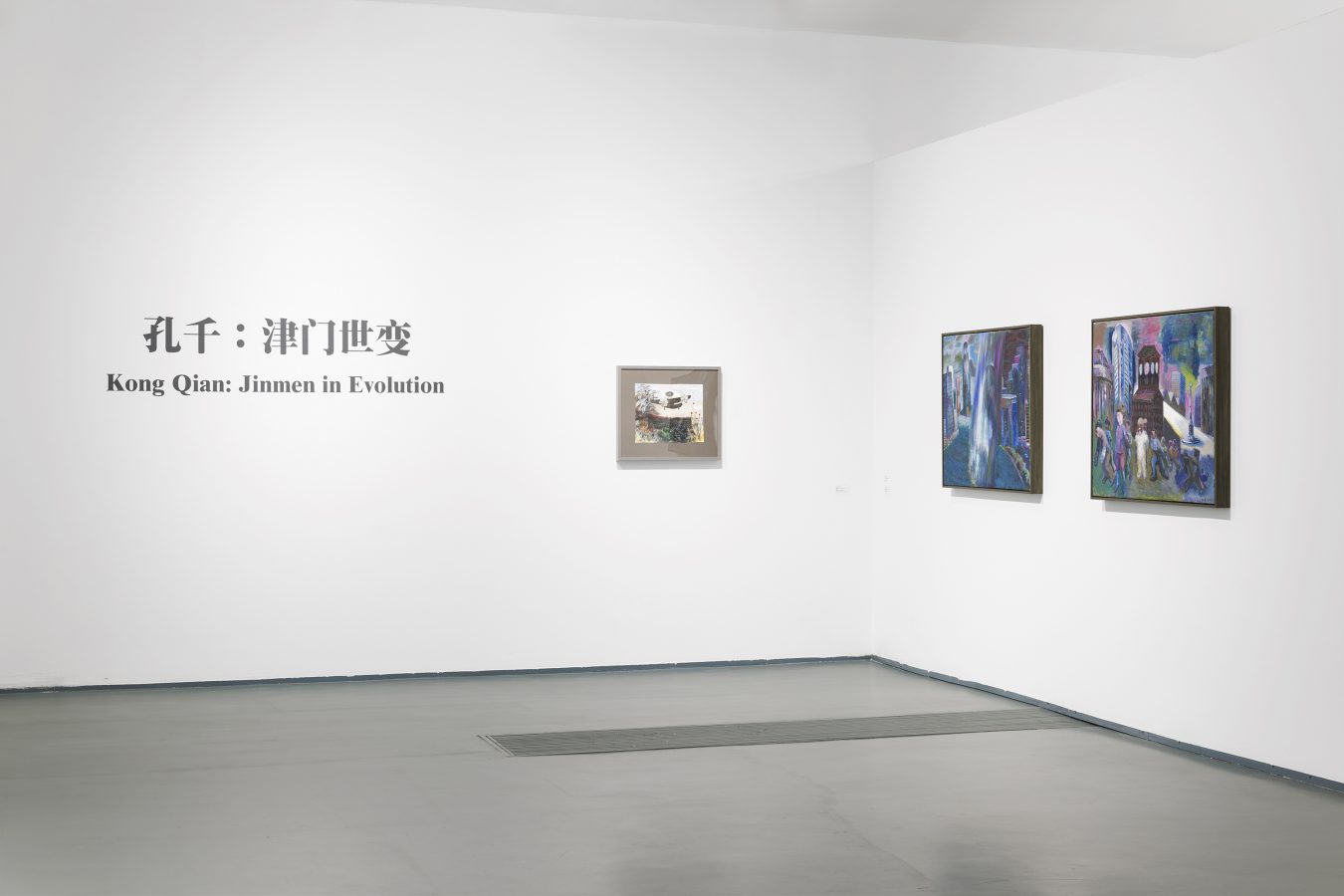 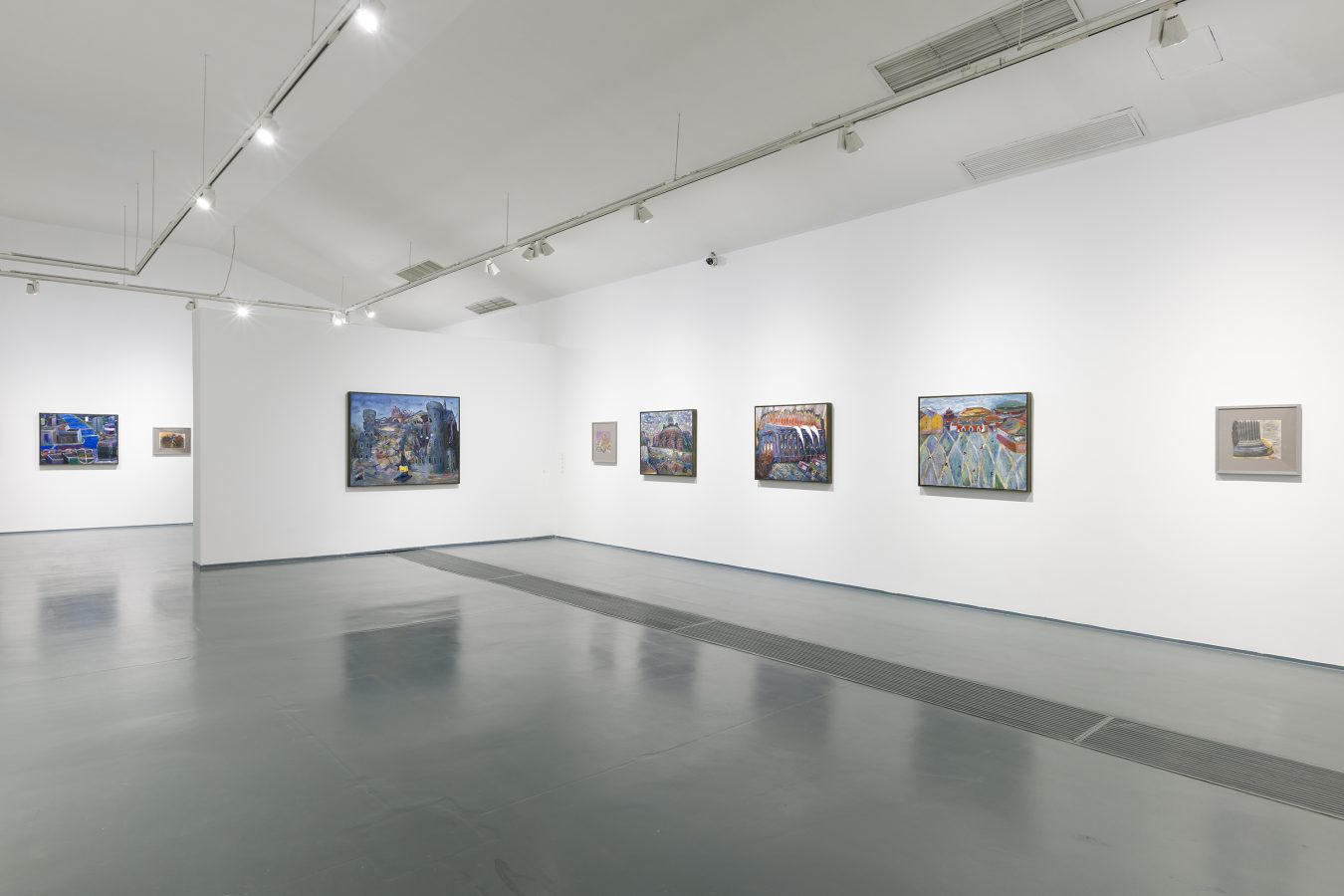 Hive Center for Contemporary Art (Beijing) is honored to announce the opening of Jinmen in Evolution: Kong Qian Solo Exhibition on Dec. 9, 2017. It’s Kong’s second show held in Hive after his retrospective exhibition Off Time: Thirty Years of Paintings by Kong Qian (1983-2016) last year. Curated by Wang Pengjie, the exhibition will continue until Jan. 20, 2018.

Born in 1956 in Tianjin, Kong Qian’s most recent artworks center around the depiction of the modern history of Tianjin, as well as scenic spots and historical sites of the city. Through probing and imagining the city’s recent history and modernization, Kong Qian constructs a visual narrative of the origins and evolution of Chinese modernity, one which encompasses universal themes rooted in China’s history but is also indelibly stamped with Kong Qian’s unique sensibility. Tianjin exists as a specimen of the progression of China’s modernization, a microcosm encapsulating the cultural scene of a century of change. For over a century, the clashes and fusions between such dichotomies as East and West, native and foreign, new and old, strong and weak, played out in this place. Architecture brings together the glories and shames, the rises and falls of the city, but more importantly, it reflects the unique progression of China’s modernization path. The architecture and scenes in Kong Qian’s painting are the very axes of Tianjin life since the 20th century, the center from which public awareness and discourse have been produced and disseminated. These are conceptualized images of the political and cultural landscape.

In recent paintings, certain changes have emerged in the painting mentality Kong Qian has been building for decades. Like before, he expends a great deal of effort on forming every shape, leaving no detail untouched. The overall atmosphere is still shrouded in strange hues, and the narrative is still absurd and mysterious. The artist is still bold in warping the sense of space and perspective, and his brushwork is still forceful and stubborn. At the same time, he has also been carrying out some new experiments in color which heighten the chromatic complexity and diversity. The colors are richer and more refined, with more visible use of complementary colors, giving his work an Impressionist touch. Evidently, Kong Qian is consciously working to resolve the color problems that have bothered him for so long. For him, research into shape and expression of color are core techniques for any painter, the basis for quality in painting. In the past, he had a more subjective, Expressionist color style, and now he is striving to gain a more microscopic grasp of chromatic relationships within an overall psychological tone.

Kong Qian is holding a rather stubborn attitude paired with his approach to an expression of essential issues in painting. Under his brush, the scenery and history of Tianjin are tangled together to form a visual specimen of China’s modern evolution, linking past and present time and space, with enlightenment and revolution taking turns on the stage of Tianjin, and the external and local stubbornly struggling, fighting and compromising. Kong Qian’s brushwork and sensibility spool out an individualized imagination around these “famous sites.” In this historical retelling, it becomes difficult to tell true from false, real from fabricated. The past era no longer moves forward in a connected, linear logic, but in a synchronous array of fragments interwoven with the chaos of the present, which heightens our perception of the possibilities in reality and history. More importantly, these insights and experiences are more than just a local history of Tianjin, as they reveal the extremely chaotic and contradictory emotional logic to China’s modern progression.