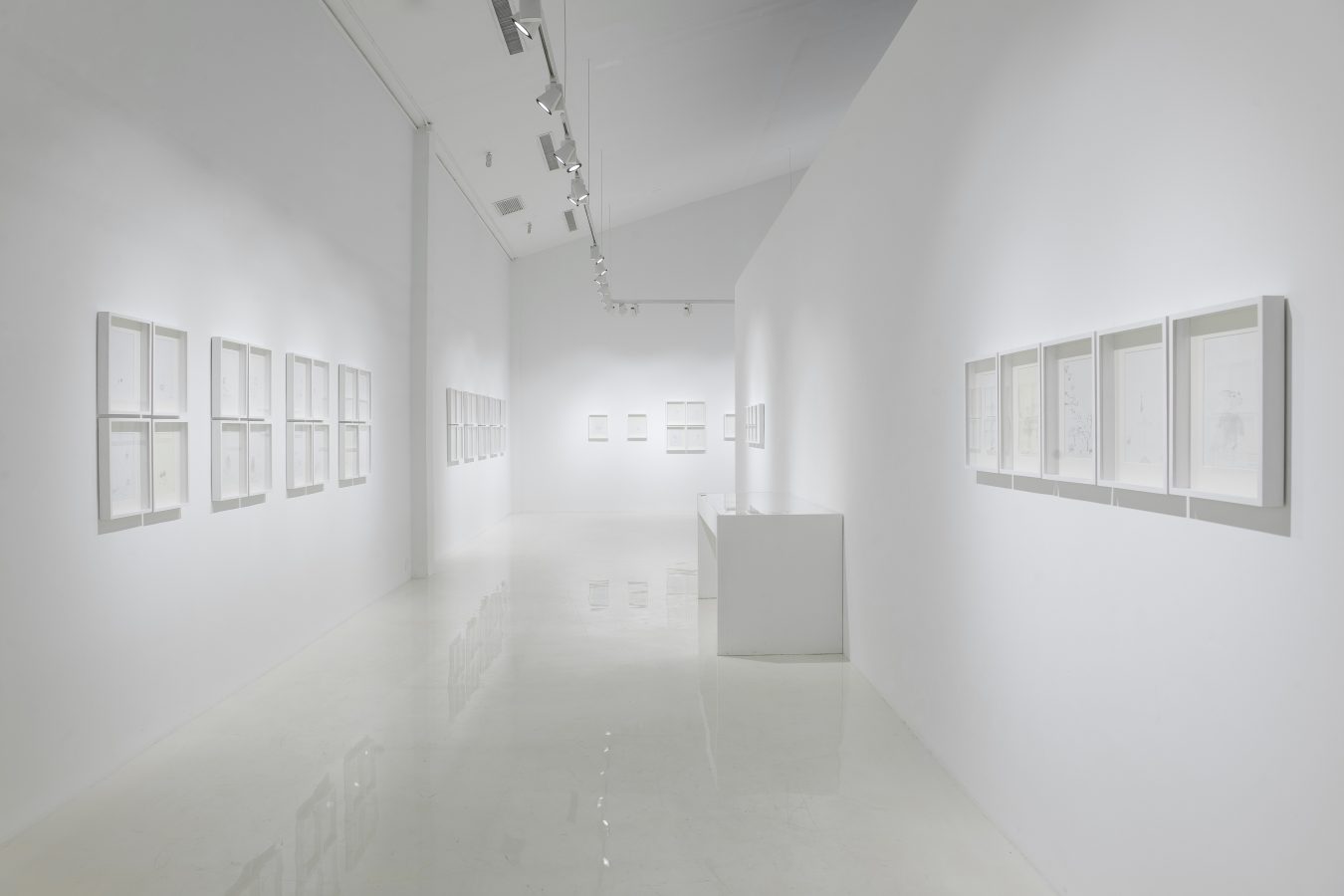 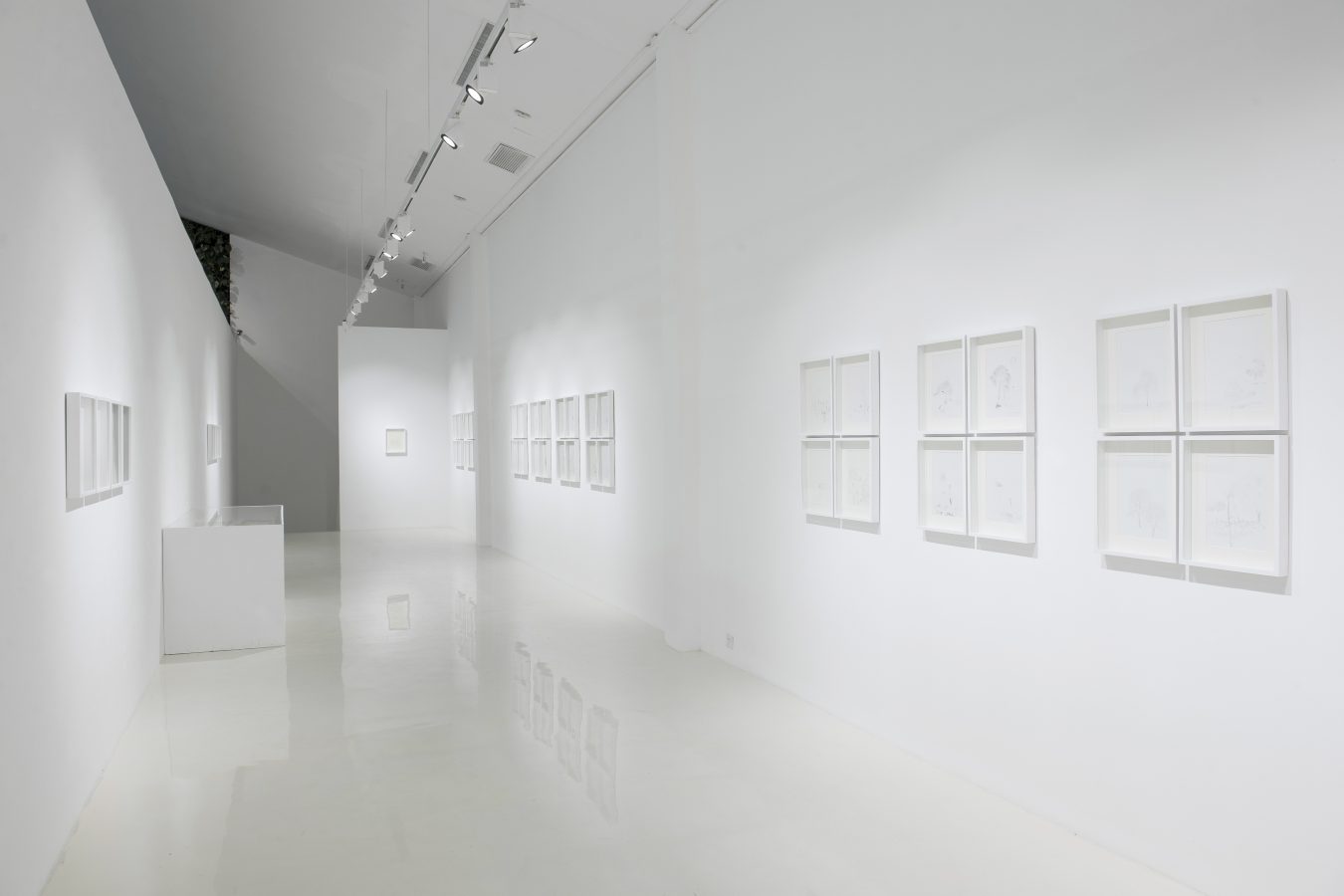 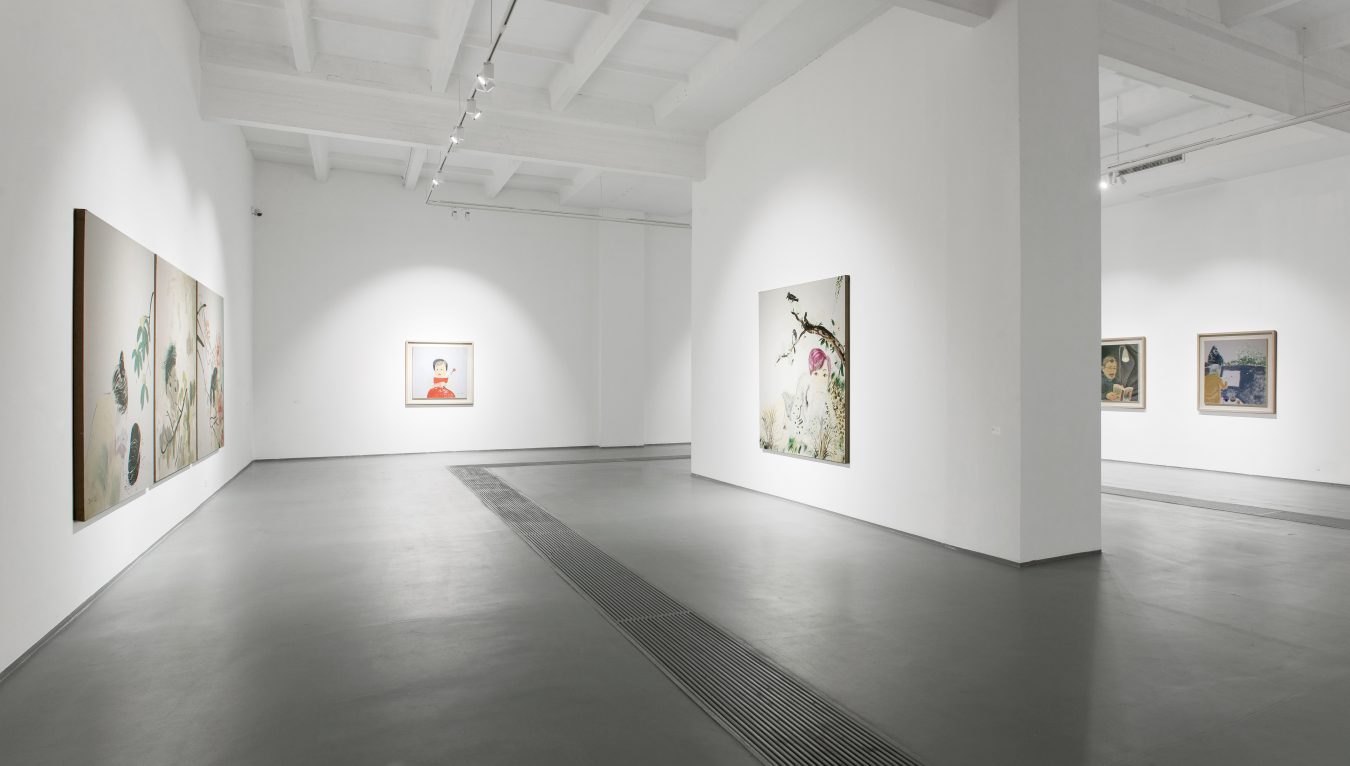 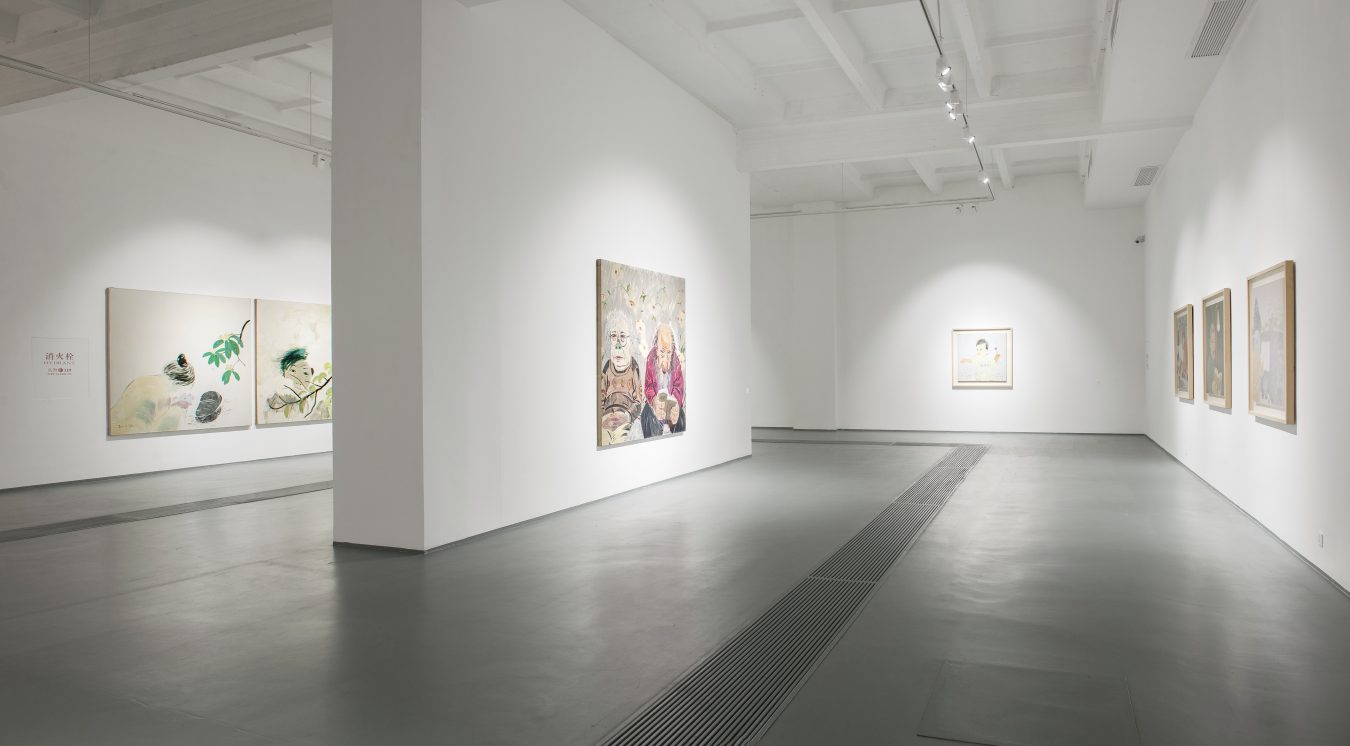 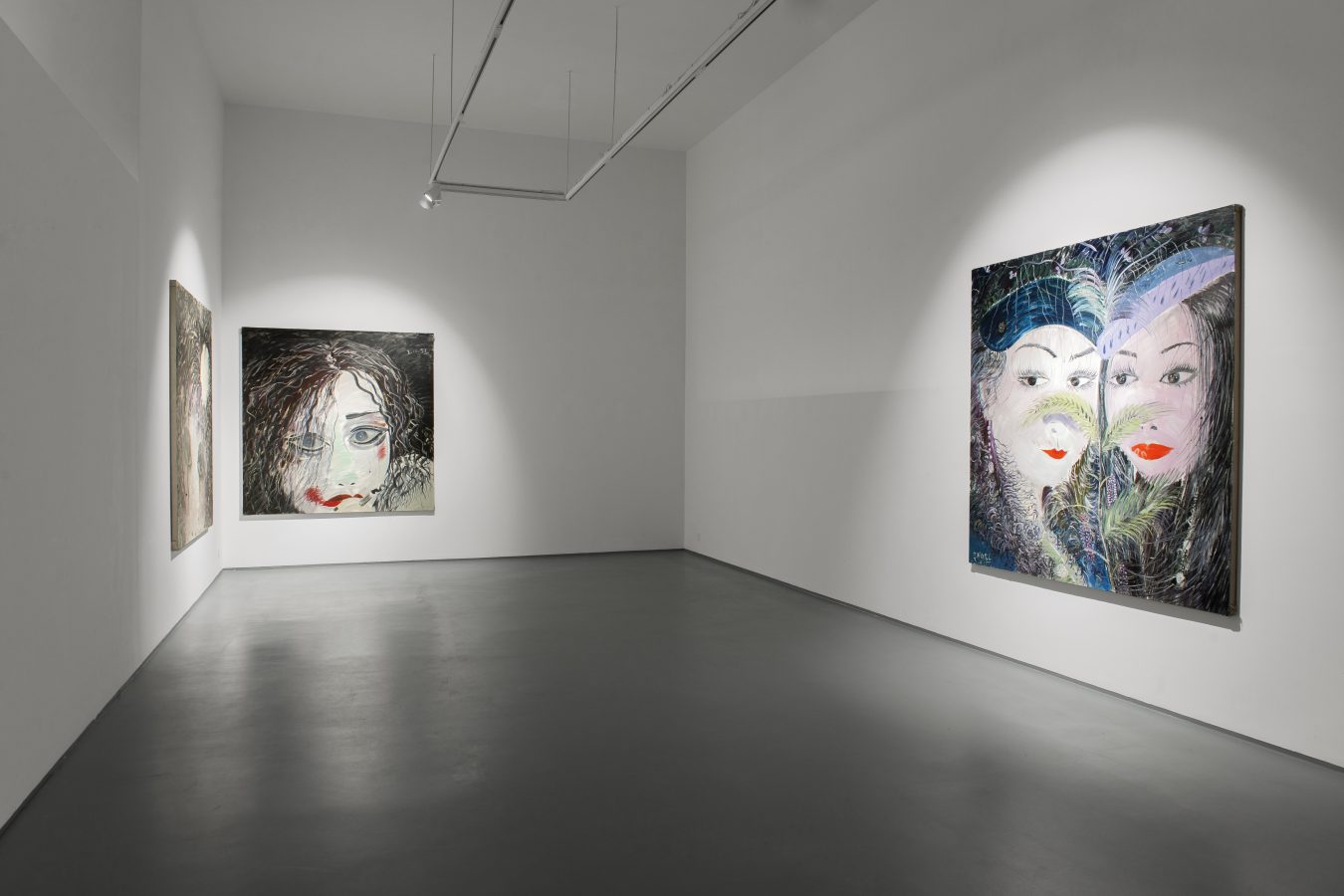 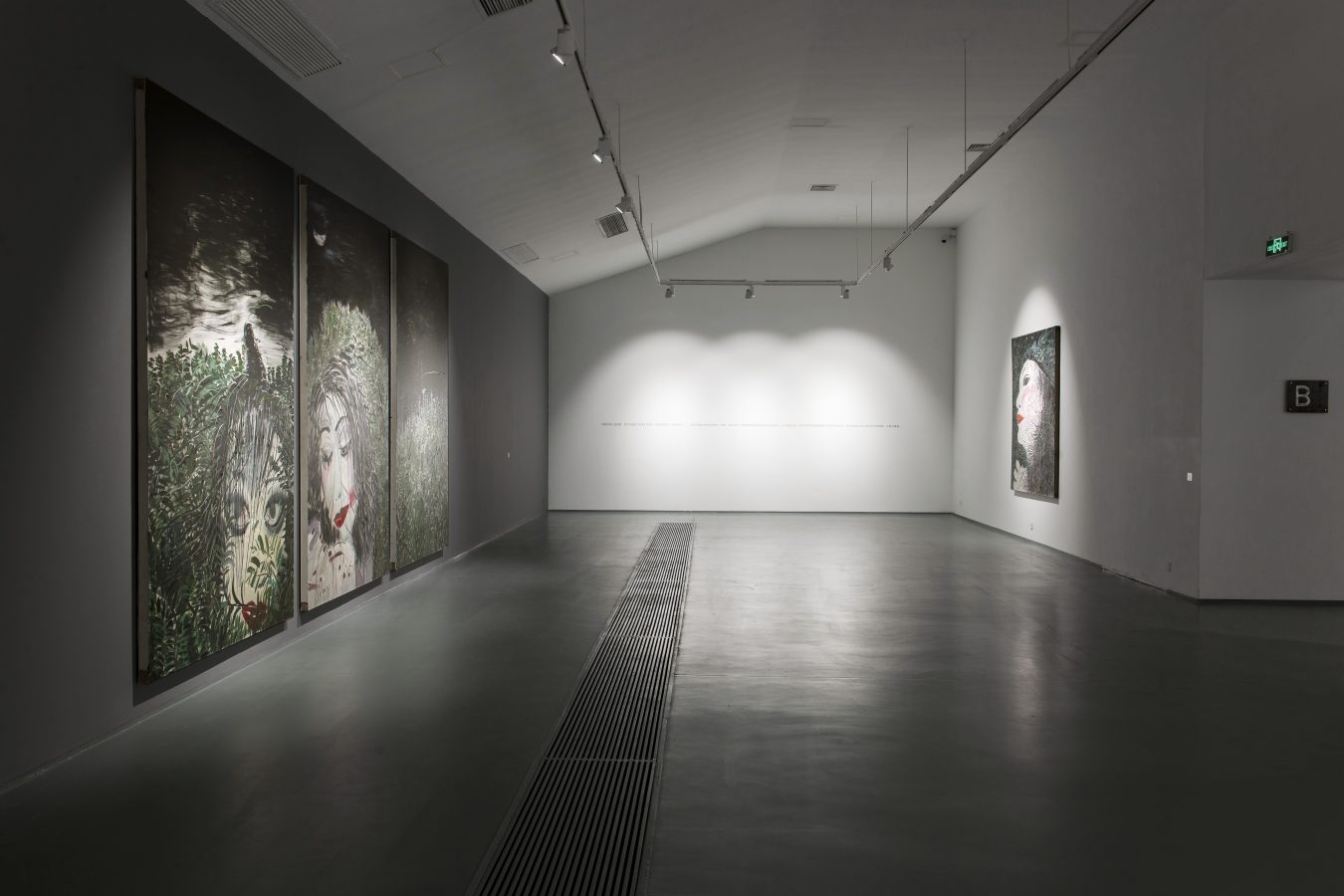 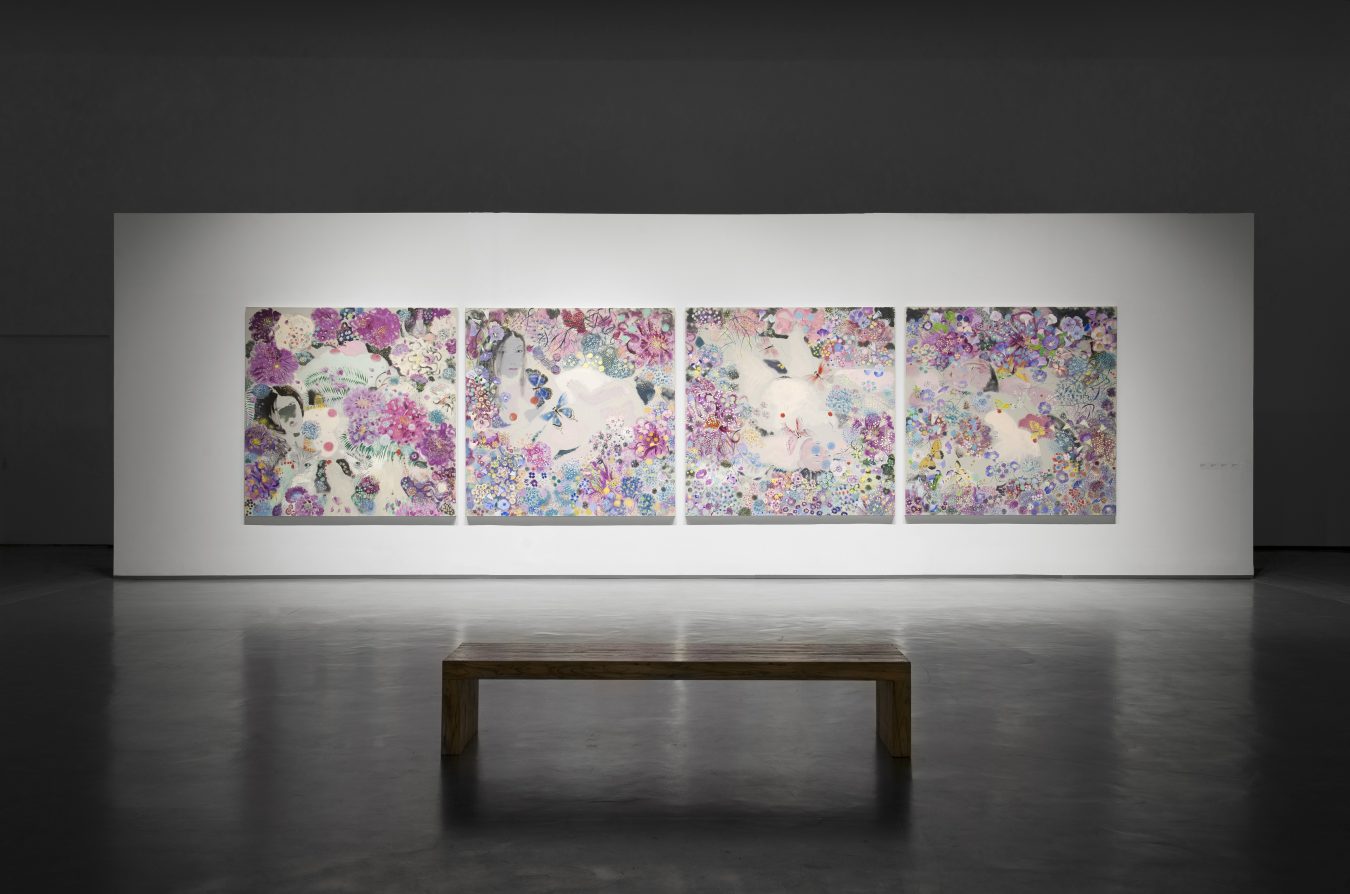 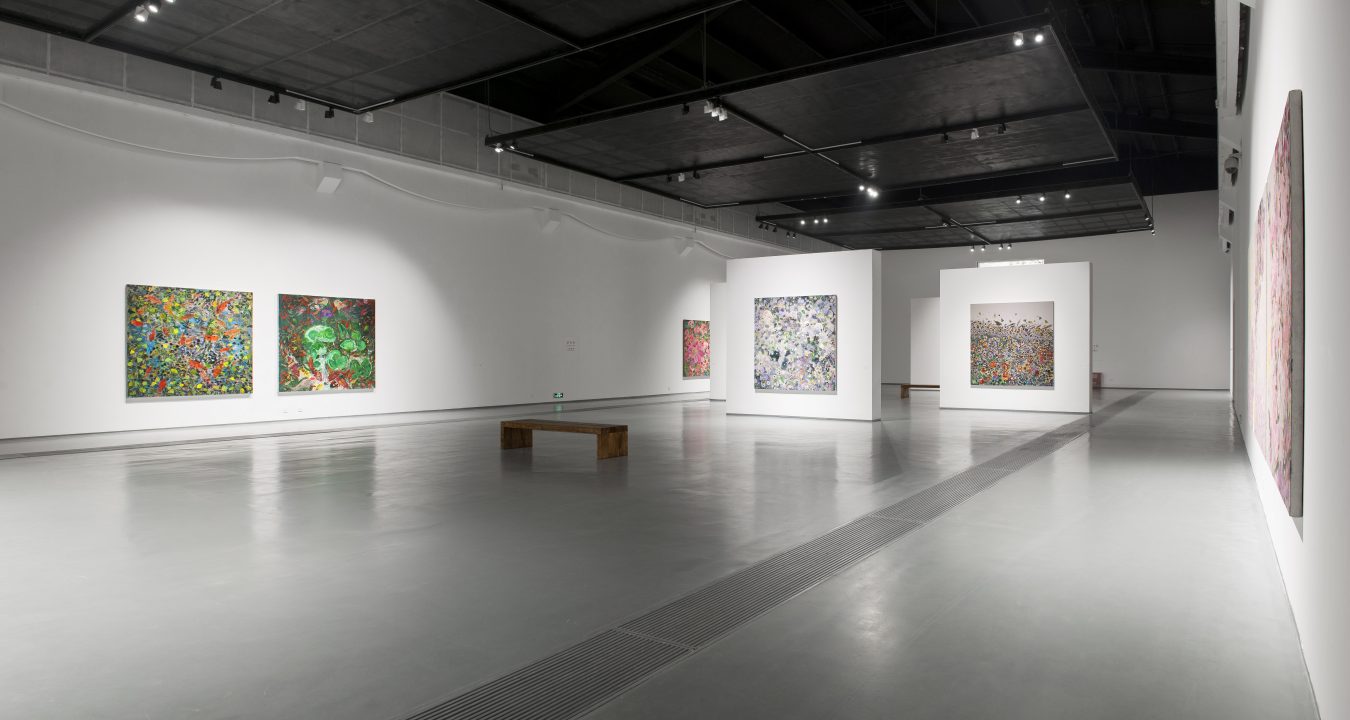 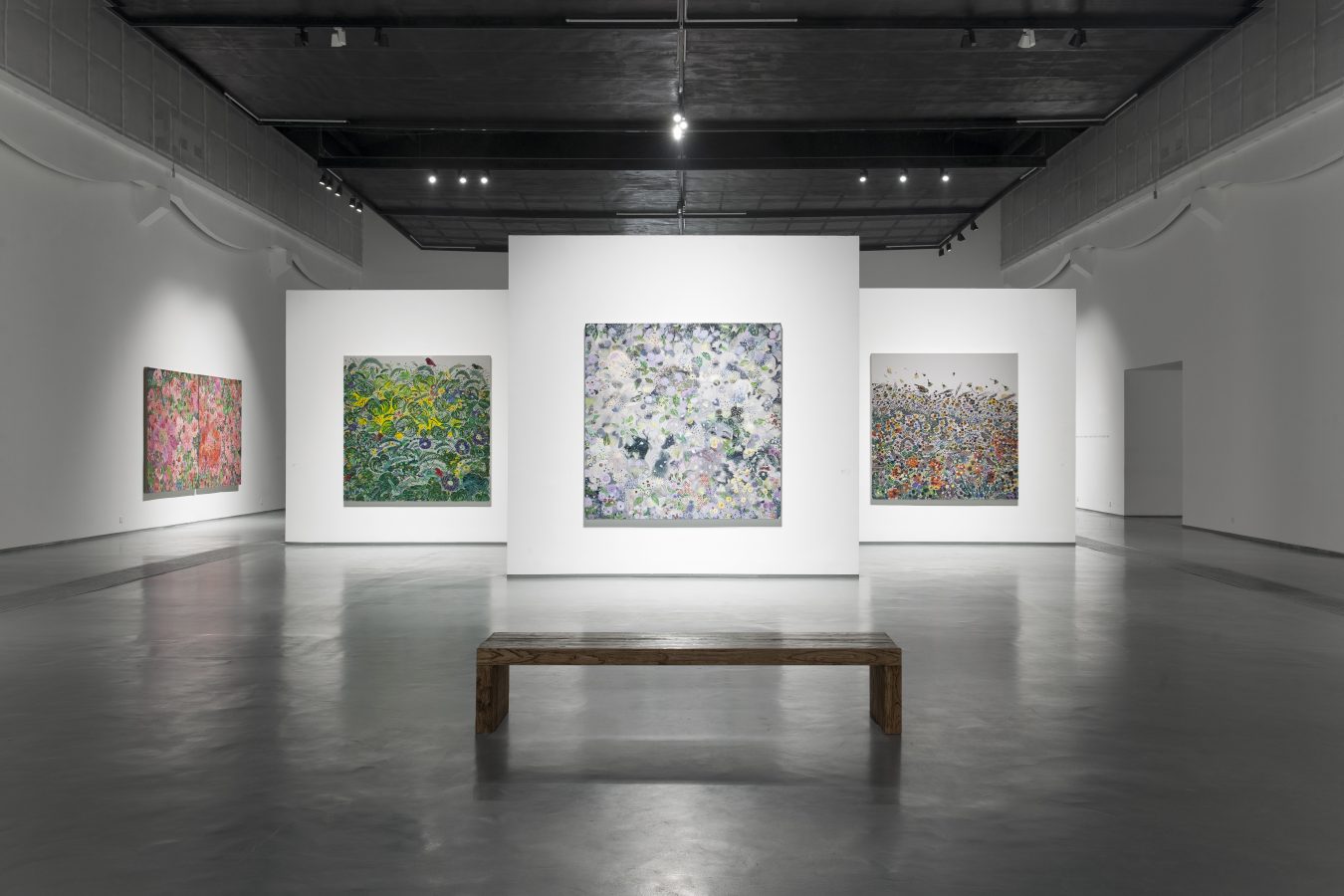 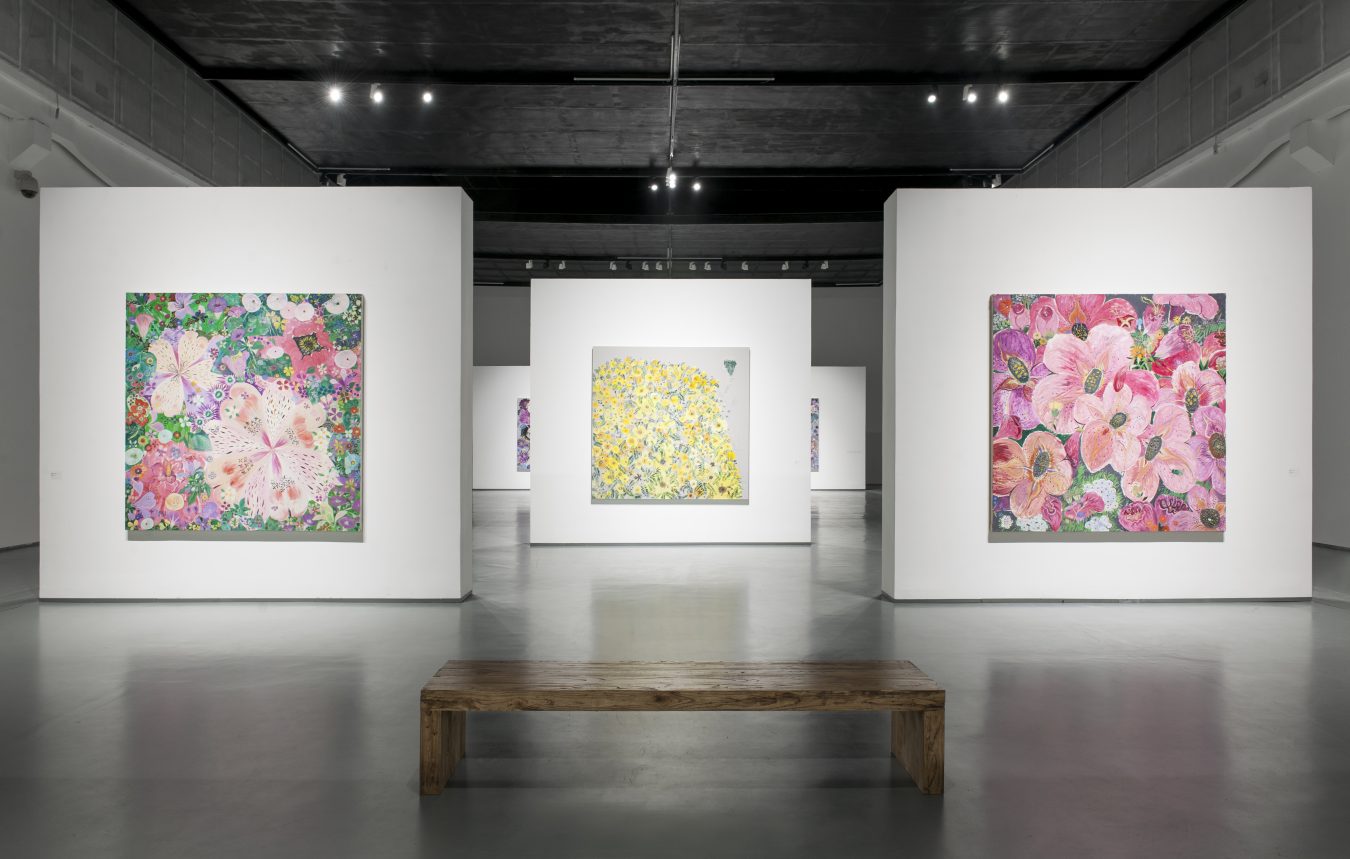 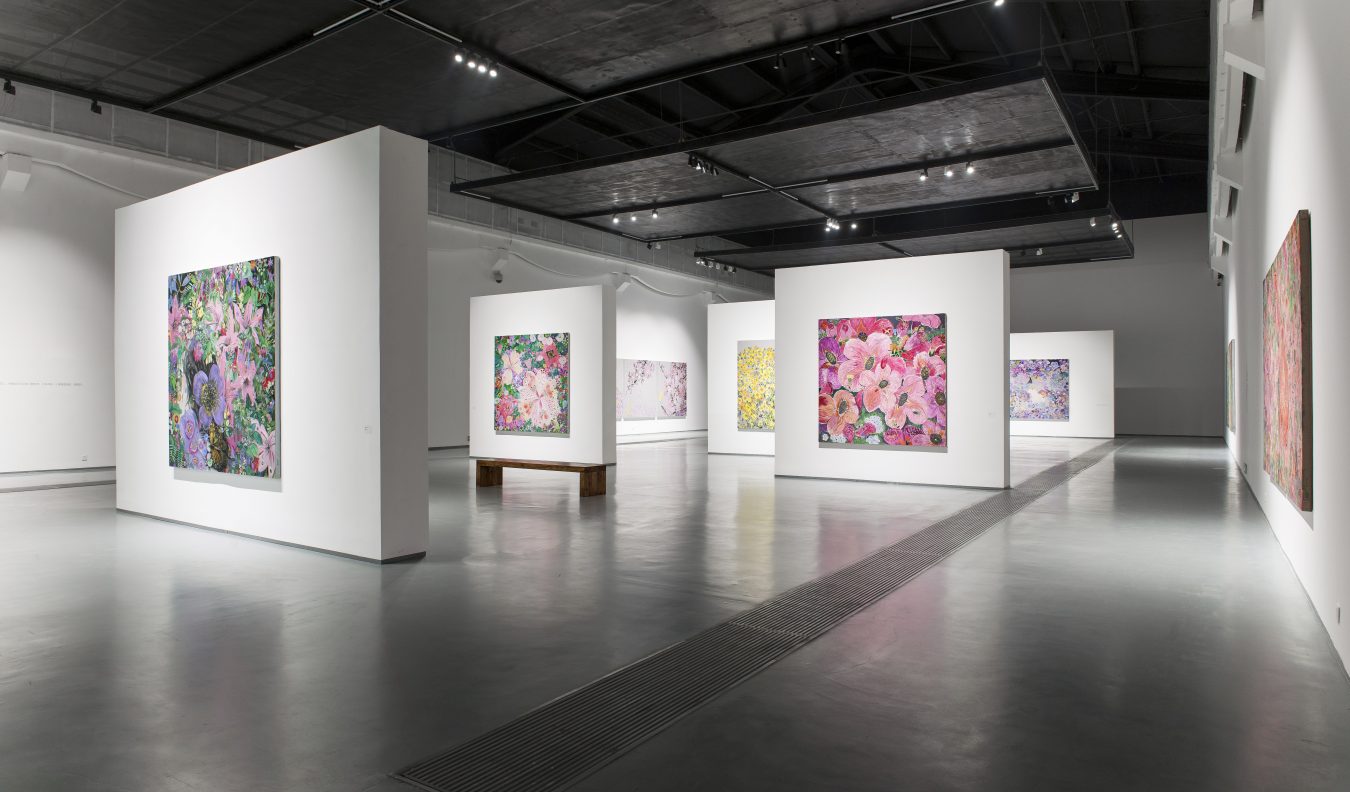 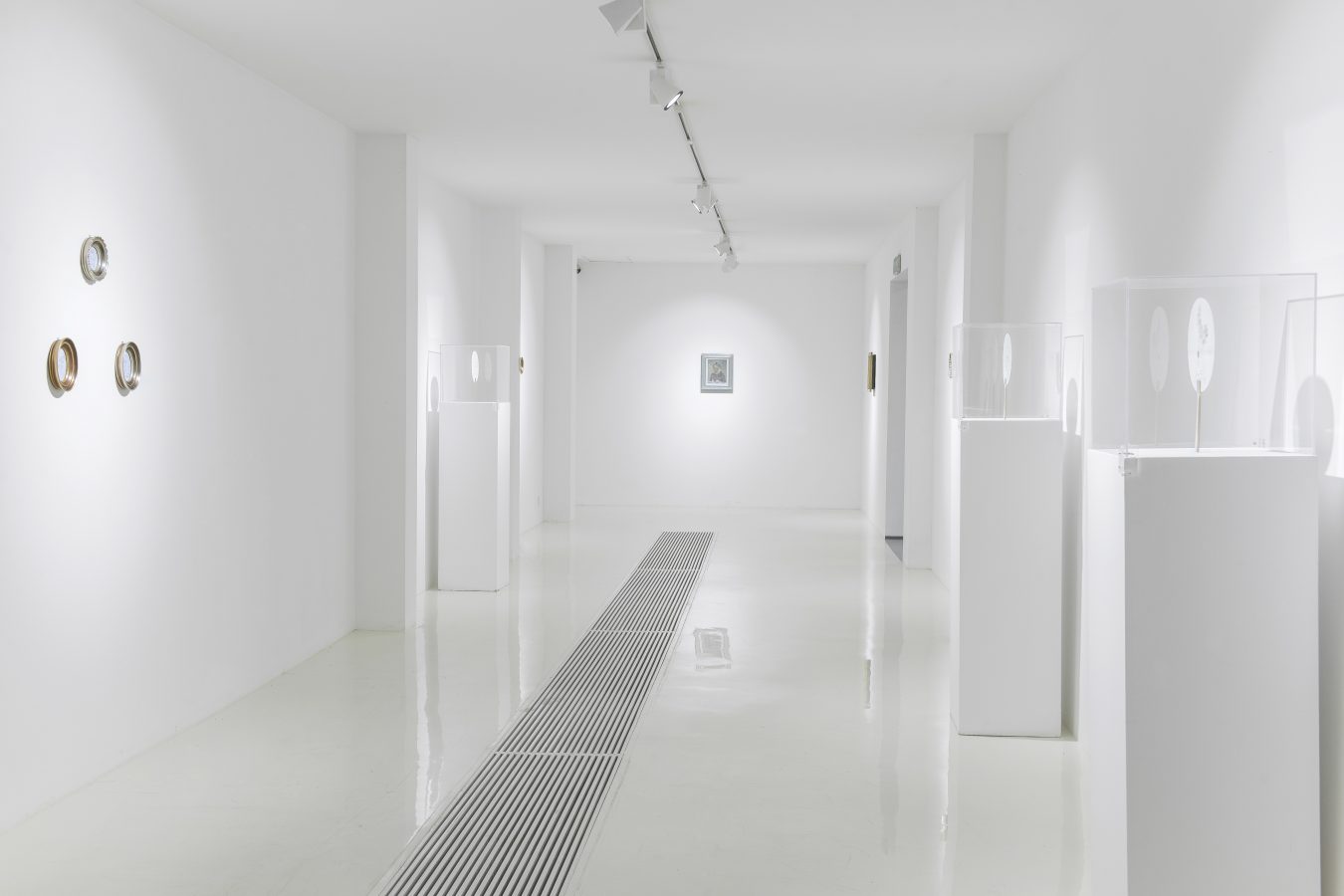 The Hive Centre for Contemporary Art has the greatest honor to announce that Flowers and Birds: Solo Exhibition of Shen Ling will be inaugurated at 4.00 p.m. on the 16th of August, 2014. The exhibition is curated by Dai Zhuoqun, and will run through September 14th.

Shen Ling, who was born in Liaoning Province in 1965, studied painting from a young age under her father’s influence, and followed an enviably smooth path of elite education. In 1984, still a student at the Central Academy of Fine Arts, Shen Ling was selected to take part in the International Youth Artworks Exhibition held at the National Art Museum of China. In 1988, a year before she graduated from CAFA’s Oil Painting Studio Four, the National Art Museum held a joint exhibition of works by Shen Ling and Wang Yuping. Only 23 at the time, Shen Ling could be accurately described as a young breakout success. In 1991, Shen Ling took part in the New Generation Art Exhibition, and also held a solo exhibition at the CAFA gallery. Shen Ling had become a clearly recognizable face of the “New Generation Painters” of the 1990s.

In her works from the 1990s, Shen Ling had already established her powerful expressive style. With thick, heavy lines, crude shapes, and large amounts of pure colors, her paintings appear bizarre and exaggerated. In this period, she used her studio, a hair salon, and other living spaces as the main settings for her narratives and speeches, creating a large amount of artworks depicting life in its everyday state. Many of these works contained classmates, friends, customers at the hair salon, models in the studio and the artist’s own self-portraits. Around the year 2000, having engaged in many different experiments, Shen Ling began to push her subject matter into more private realms. The Man and Woman series depicts the painter and her husband, who is also a painter, boldly and nakedly conveying sexual joy in a vivid fashion. Critic Jia Fangzhou describes her as “The first female artist in China to use subjective identity and a very sunny disposition to express ‘sexual themes.’” In the Pink Bed and Scandal series that followed, her vision broadened to a more expansive realm of life, that of men and women at bars, clubs and private parties. Works such as Stay for a While, Old Lecher, New Woman and Party Animals are no longer absorbed in the expression of purely emotional spaces and instead embody the air of drastic social change, chaos and dislocation that marked the times.

Shen Ling has produced a shocking number of pencil drawings. They are more like a stream of consciousness or a journal kept to pass the days. Often on slow afternoons, she will while away the time in a coffee shop or in her garden, drawing the shadows and shapes around her. Figures, flowers and various little implements of everyday life are all frequently pulled into these tiny frames, full of the warmth of life. She often fills the blank spaces with writing, sometimes short poems or random strings of prose. This approach to drawing, which simply follows her whims and perceptions, naturally liberates our true modes of perception, allowing us to listen to inner natural forces as we cast away ossified frames and rules, following our hearts to approach the essence of nature.

In recent years, we have seen a new air in Shen Ling’s explorations of painting. The focus of her gaze has gradually shifted from inner observation of people toward natural creation, towards flora and landscapes, which she has imbued with poetic feeling in a way which resonates with the ancient painters of flower-and-bird paintings. Meanwhile, in the realm of visual experience and knowledge constructs, Shen Ling has shown a powerful desire to turn to the exploration of tradition. As an artist who emerged entirely from an academy background in Western painting, and who came of age as a New Generation oil painter, she is engaging in a dialogue across the breach with Chinese flower-and-bird painting from her own position in reality and with her trademark style that is at once highly crafted and powerfully expressive.

As one of the three main fields of traditional Chinese painting, flower-and-bird painting naturally correlates to the “painterly” requirement of poetry. Of course, the notion that painting and poetry share a single origin masks a homogenizing transformation and appropriation beneath it. Strictly speaking, Shen Ling’s recent forays into subject matter relating to flowers and birds do not fall under the rubric of traditional flower-and-bird painting, but we can still attempt to find a path for referencing between them, seeking out resonance in ancient poetry with our current interpretations and reconstructions of the poetic spirit. It goes without saying that this is the use of new knowledge of classical poetry to rediscover and find reverse affirmation for our own reality, reappraising our own ideals of poetry through the other that is the ancient poet.