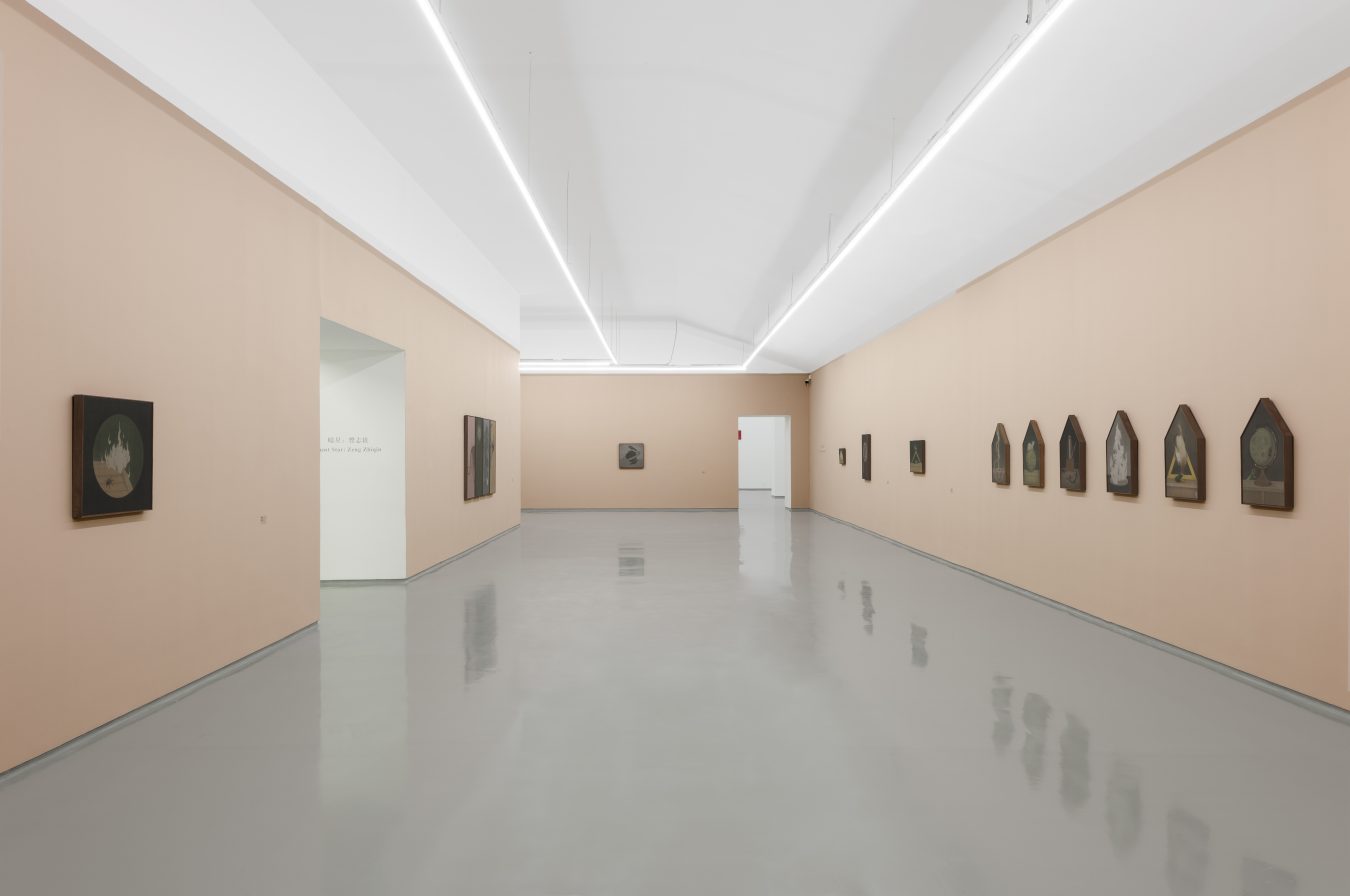 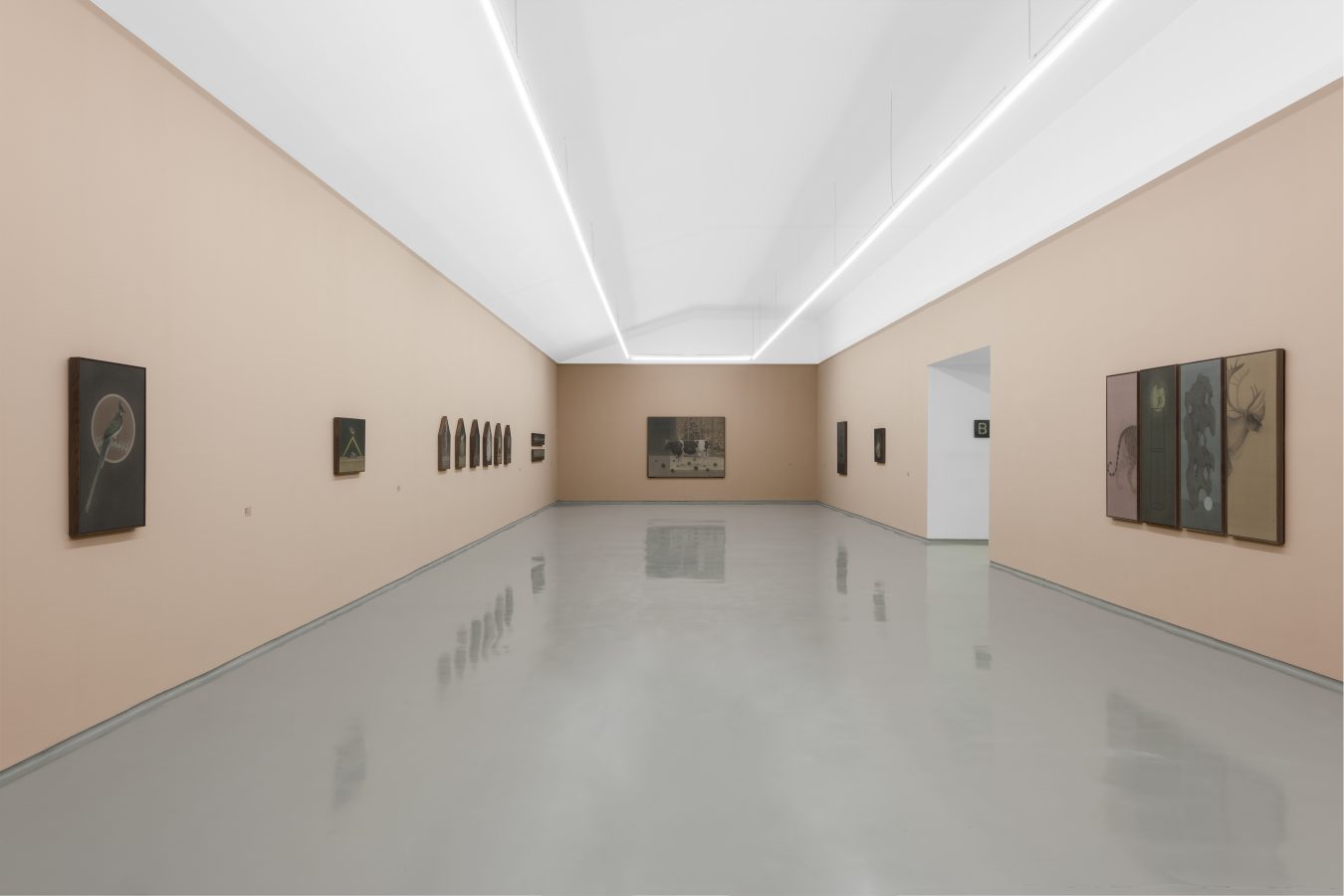 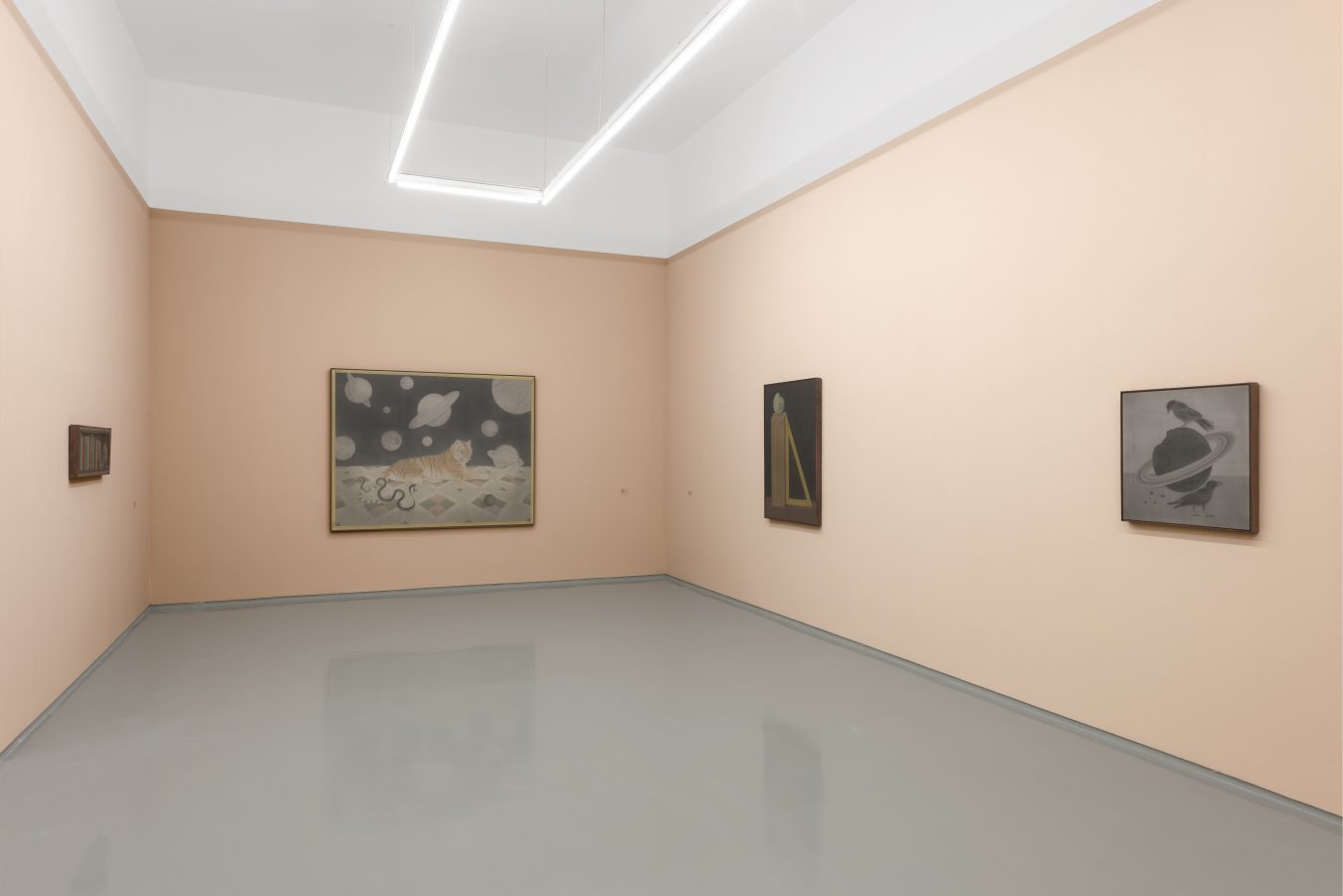 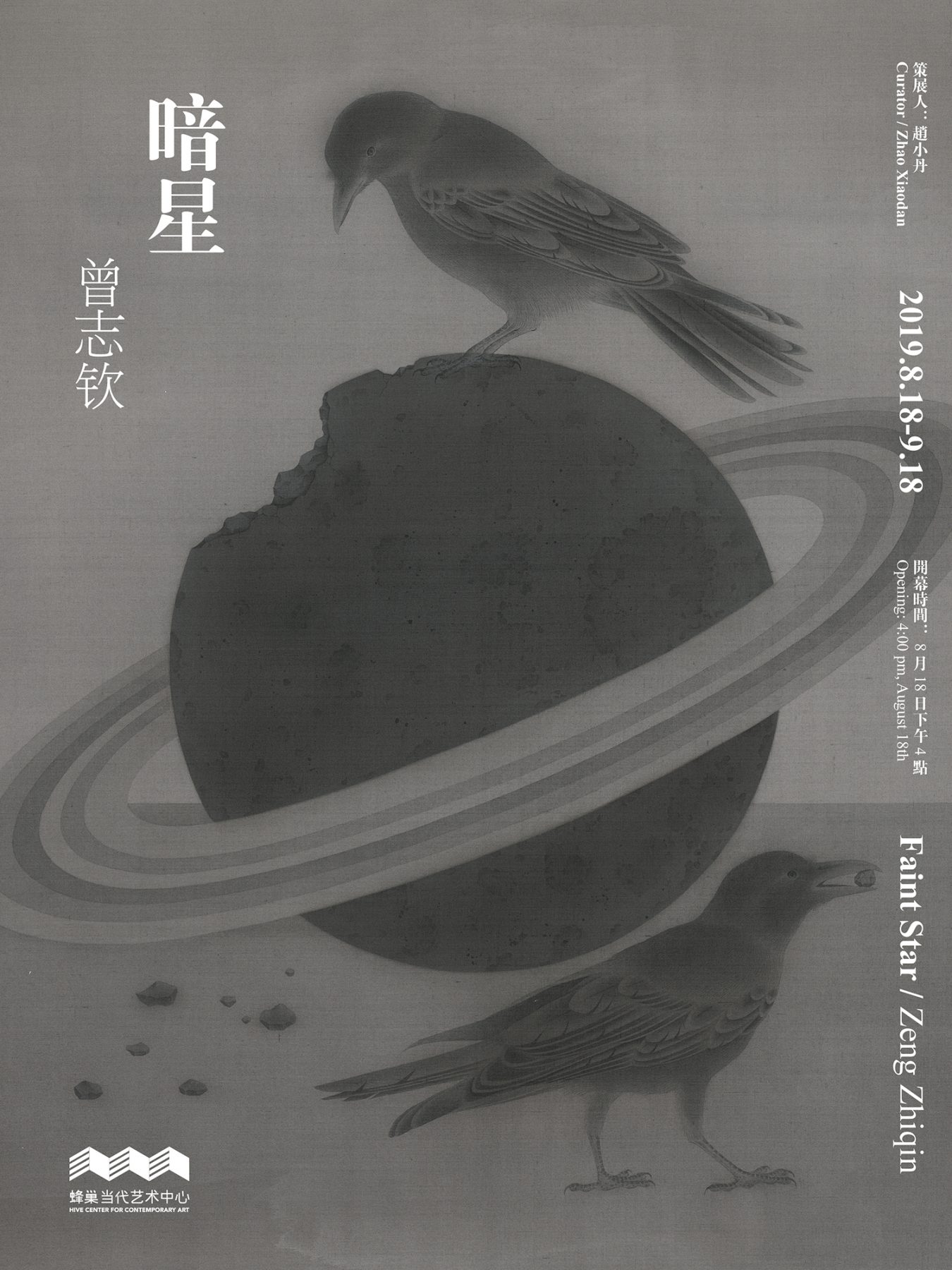 Hive Center for Contemporary Art (Beijing) is honored to pronounce that Faint Star: Zeng Zhiqin Solo Exhibition will be presented from Aug 18 to Sep 18 2019. The exhibition marks the second solo show of artist Zeng Zhiqin after her first individual project The Coincidence in Hive-Becoming. Curated by Zhao Xiaodan.

In Zeng Zhiqin’s new works, the emphasis on form, to a certain extent, makes the subject matter of the depiction and the content carried by the transcript become a medium with only a traditional epidermis and no traceability. When the form becomes the force of the work, it is not difficult to see that the artist regards creation as special way to collect, acquire and release energy. Putting himself in the context of modern artistic creation, rather than meticulous clues, exploring the “into the painting” approach that cannot be “into the painting”, Zeng Zhiqin faced many challenges in his creation. In the search for a path to “unreality”, Zeng Zhiqin expressed a dark temperament in his works.

“Faint star” consisting of dark matter and containing almost no stars is probably a metaphor. In Life of Pi, Li An wraps the story and religion in an incredible external form, but in reality it is a kind of energy release by constantly superimposing and reorganizing various symbols. Zeng Zhiqin’s Color of the Night(2018-2019) is probably a response to this impression, and the addition of many realistic scales makes this imagination still have a sense of frame. The perception of the future is indeed the most eye-catching in this new exhibition. In addition, as the series of works in this solo exhibition Out of control(2017-2019) continues Zeng Zhiqin’s enthusiasm in the first solo exhibition. This is also a kind of intuitive thinking, including the sense of danger, rhythm, mystery, just as Torturous Bamboo(2015) in the solo exhibition Coincidence and the “Out of Control No.1” in this new exhibition. If the former is a capacity release, then Nothingness(2019) and On the Verge of Collapse(2019) are products that mixes the artist’s personal emotions.

As a carrier of traditional painting, the process of creating a silk painting actually determines its final presentation. It often distinguishes the space and the level of painting by the degree of refinement. Intruder(2018) is probably a breakthrough of Zeng Zhiqin, which stems from the spatial experience created by the accident, which makes the picture appear a few pairs of alienation. The space between the screen of the background and the line of sight that is blocked, to some extent, also implies a resistance to the viewer’s traditional traceability. The space of physical partitioning around the screen makes “cow” a medium between tradition and reality, and has a dissociative identity, which is actually a definition of the artist’s own dimension. A circular sphere can be seen to some extent as a number of choices for direction uncertainty. The creation of silk as a carrier is stable and has multiple tendencies. Probably in a state of leisurely strolling, Drop Screen(2017-2018) for the separation of the picture, more is the interception of the viewer’s imagination, also means that this work can be finally completed by watching.

In this solo exhibition, the emphasis on form makes intuitive thinking gives way to the perception of the future. The carrier-oriented silk medium Zeng Zhiqin used and the special energy he intended to give in his work responded to the confrontation between human minds facing many phenomena of technological tradition and modern civilized production. In the gap between the virtual and the real, Zeng Zhiqin carefully took care of it and took a little thought from it, looking for a path that could make the works and the self to escape on different levels under the weight of reality.