Déjà vu: Painting as the Art of Signification 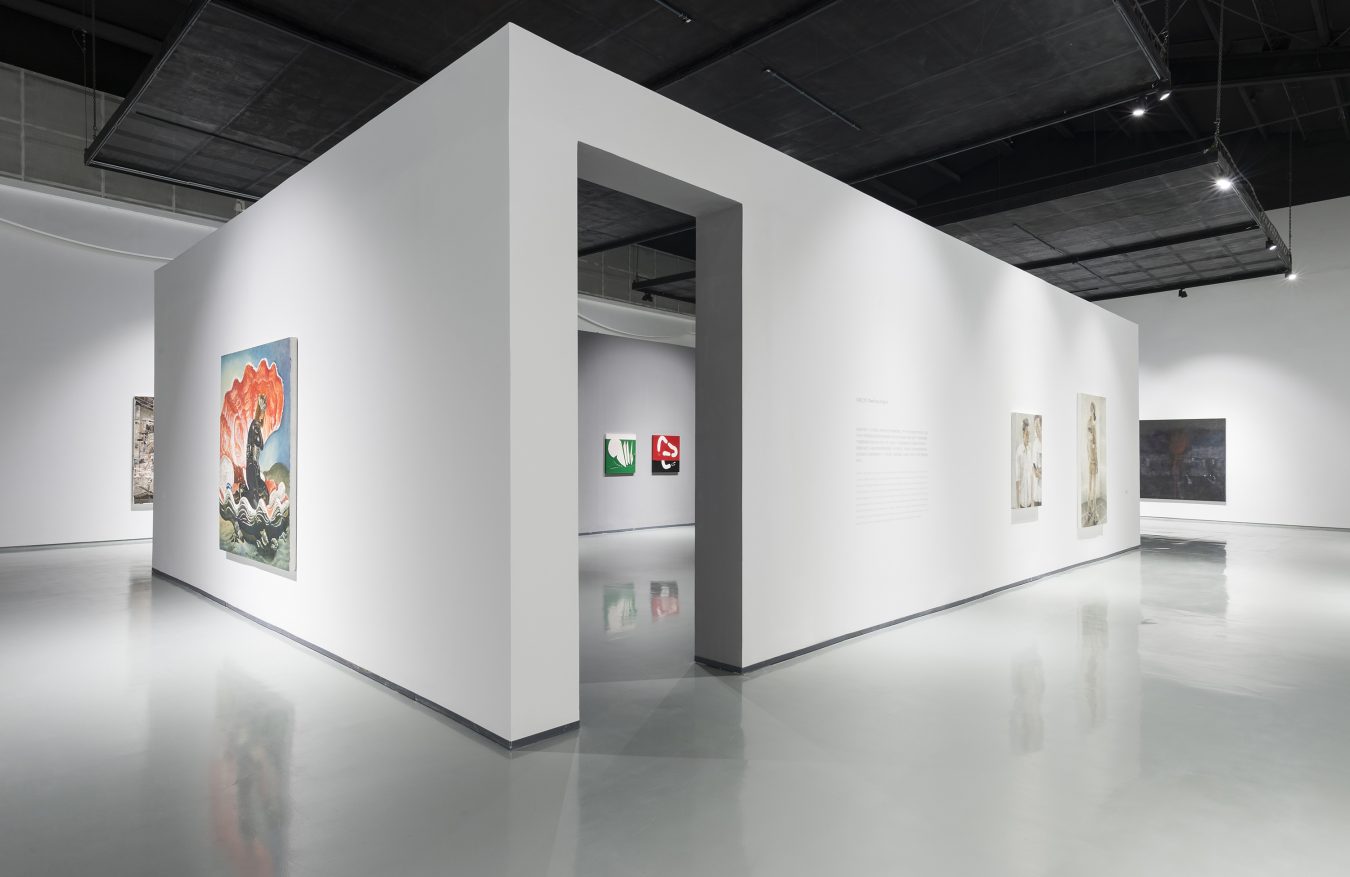 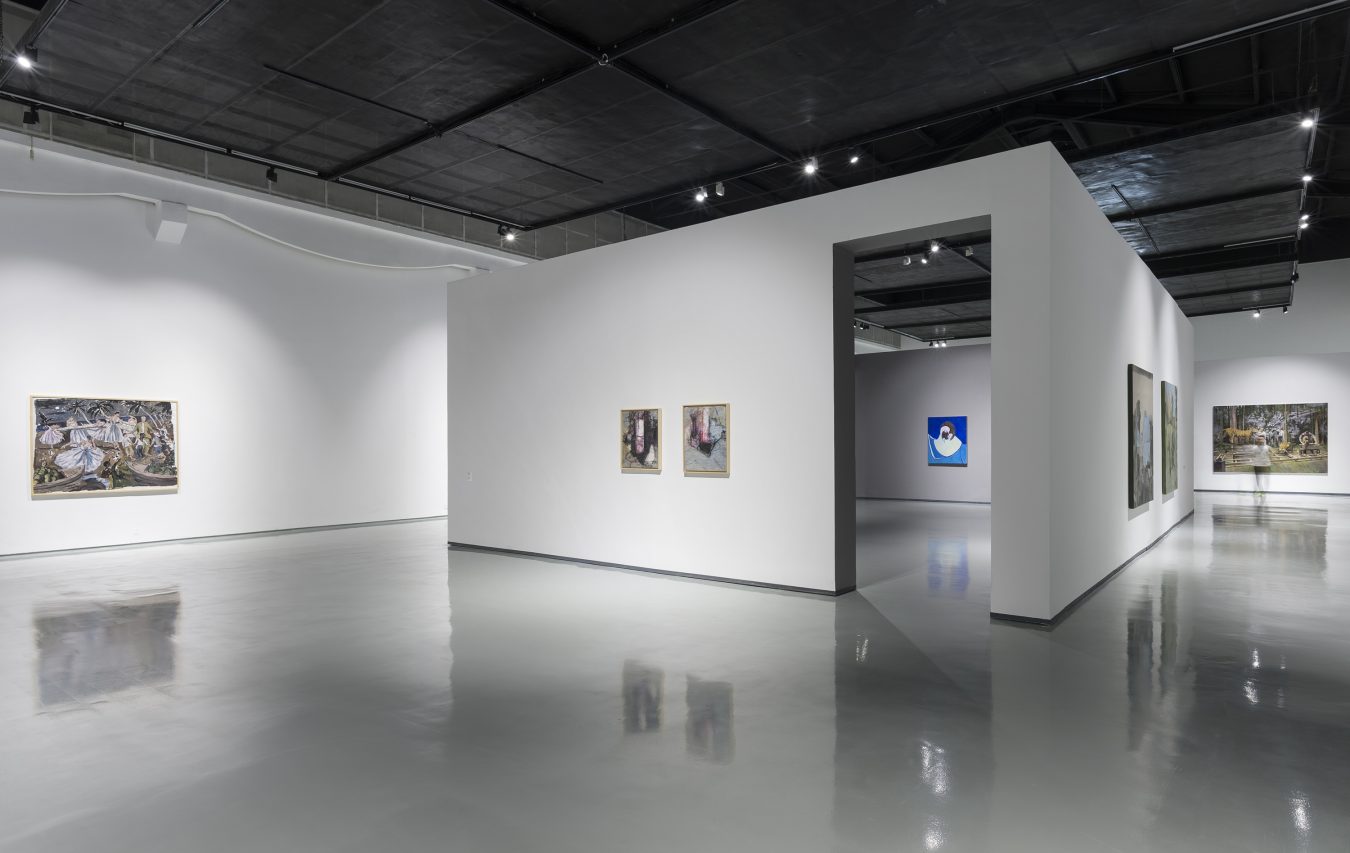 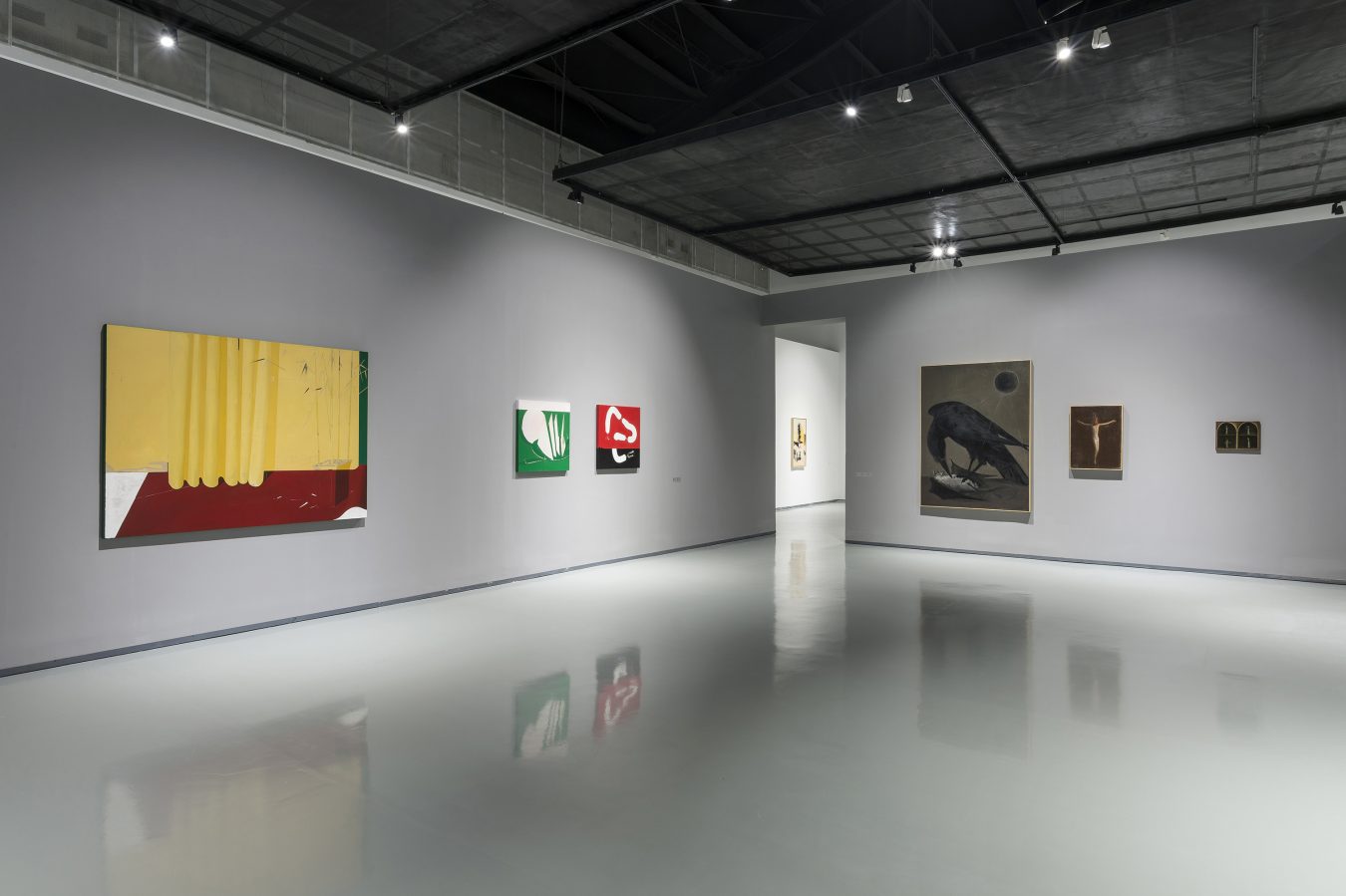 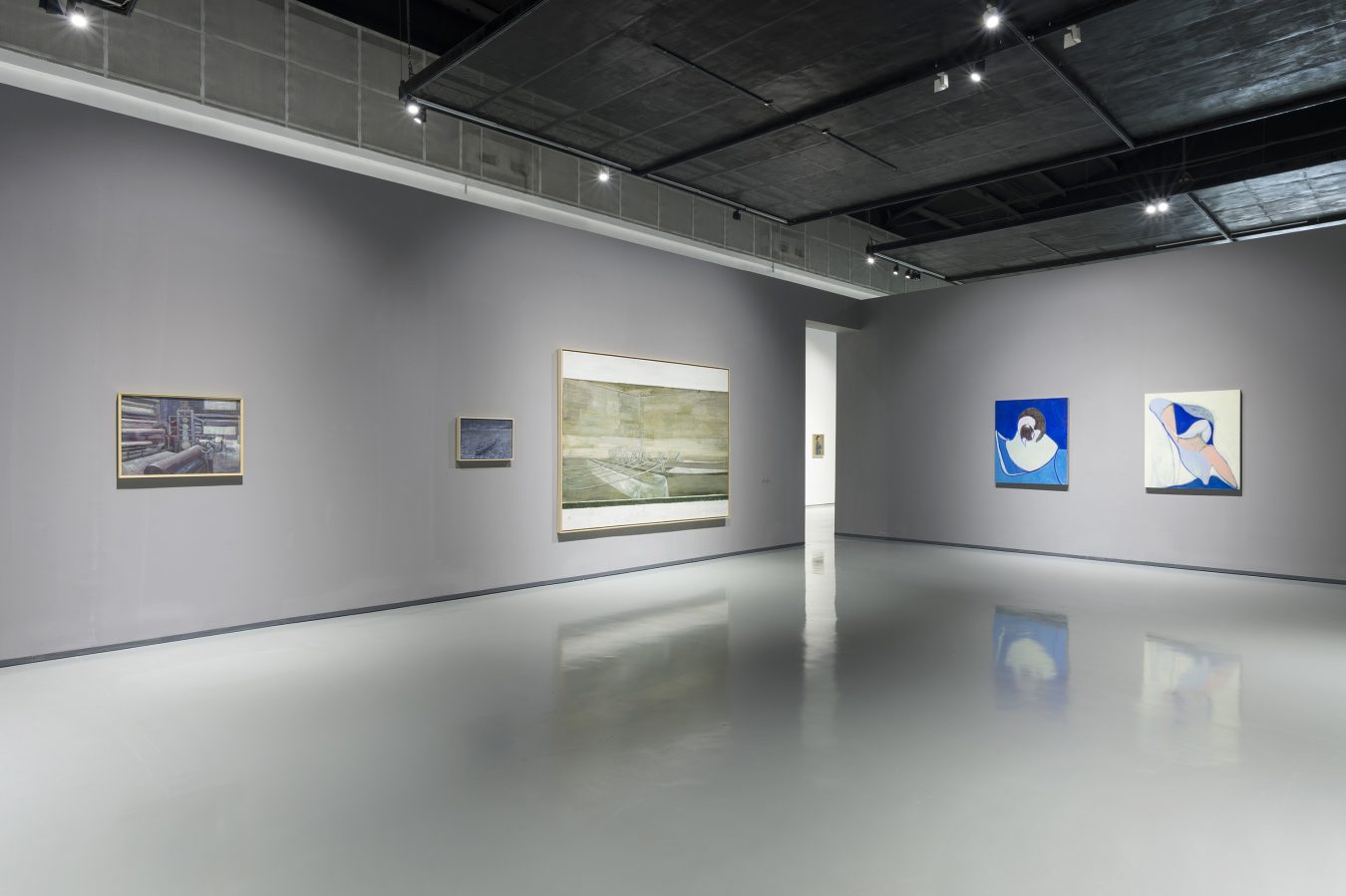 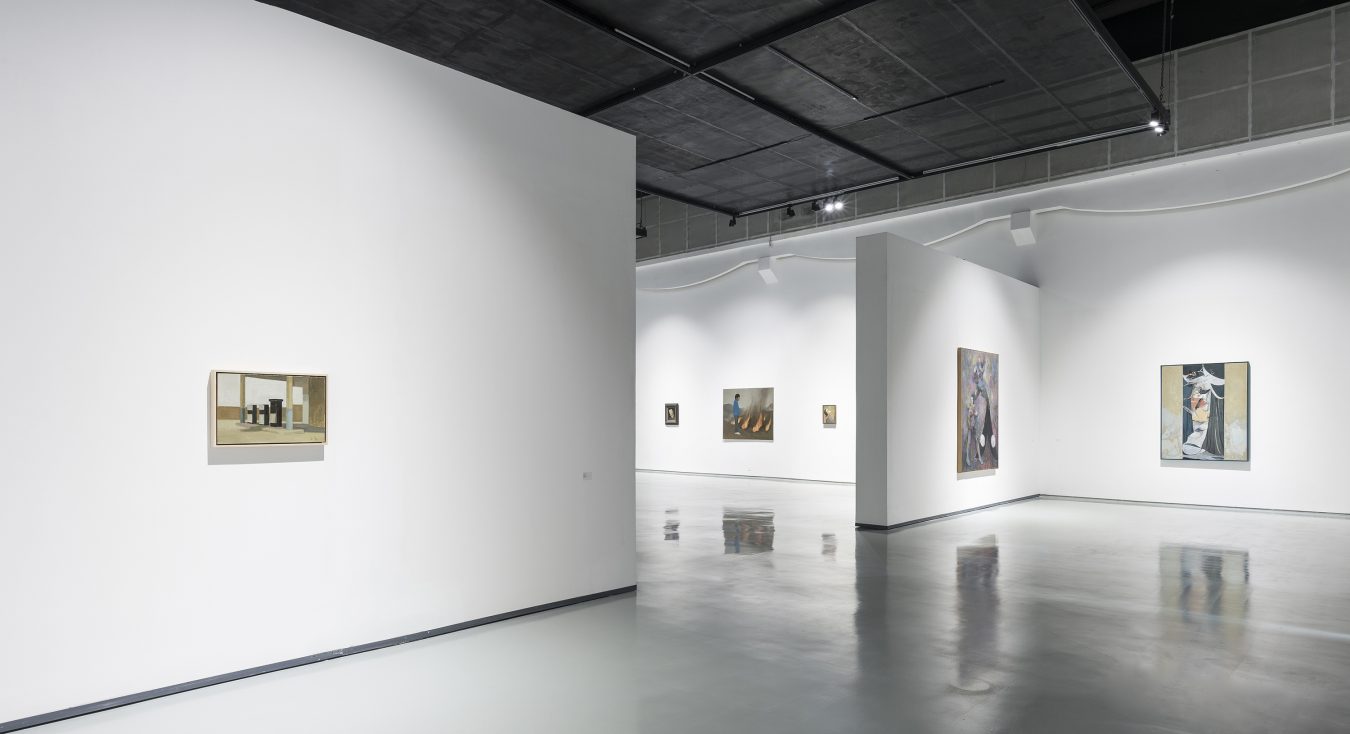 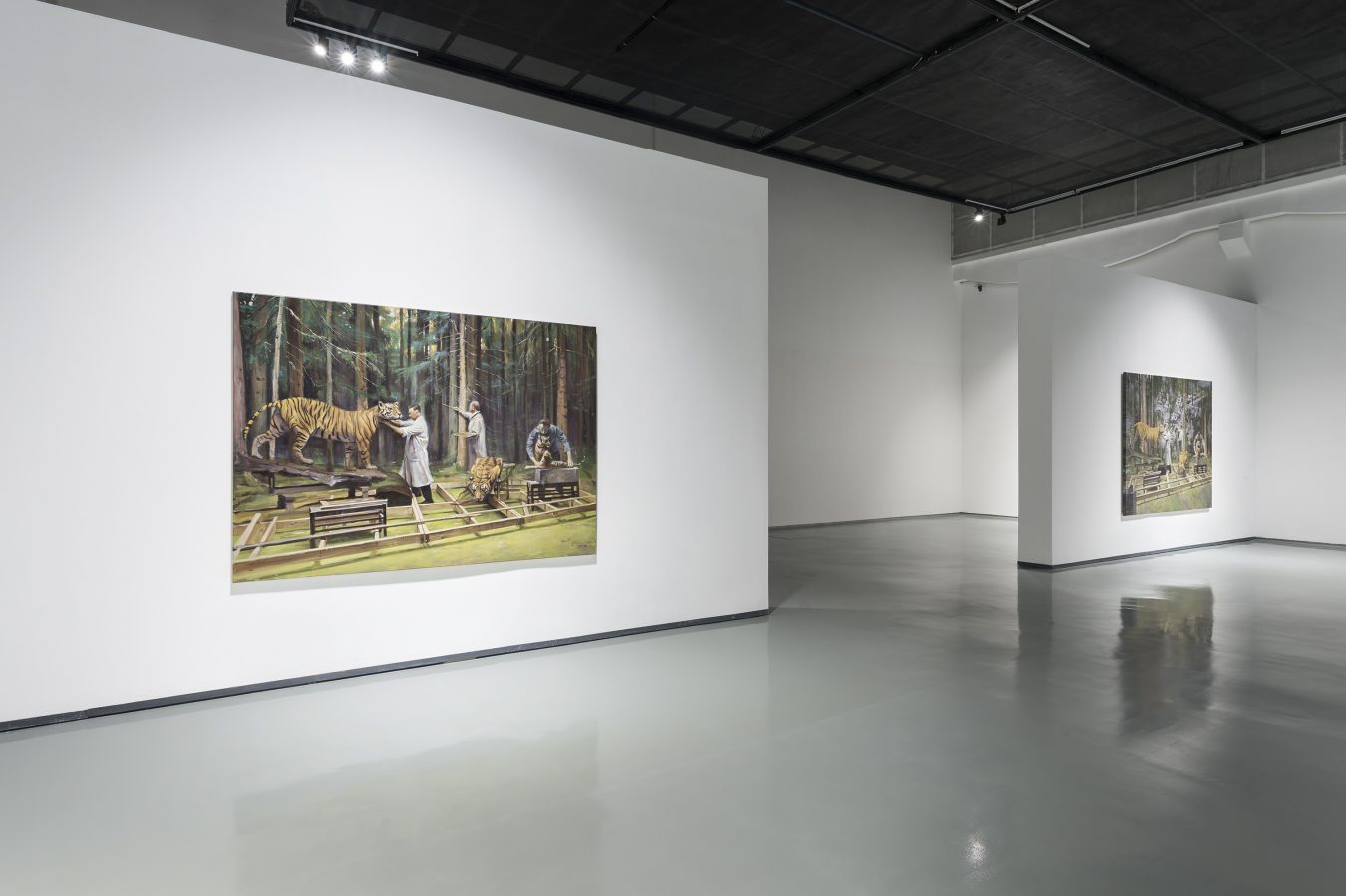 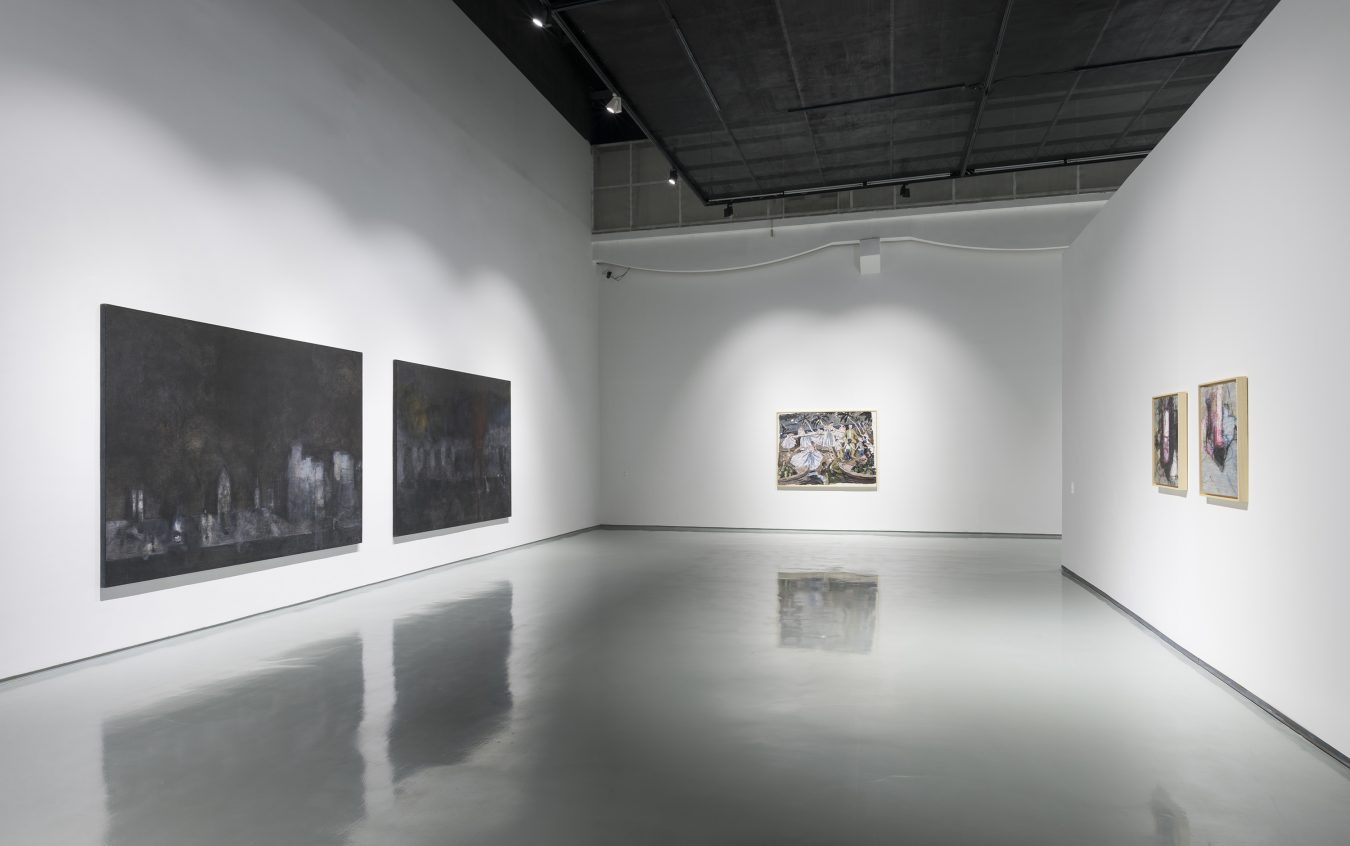 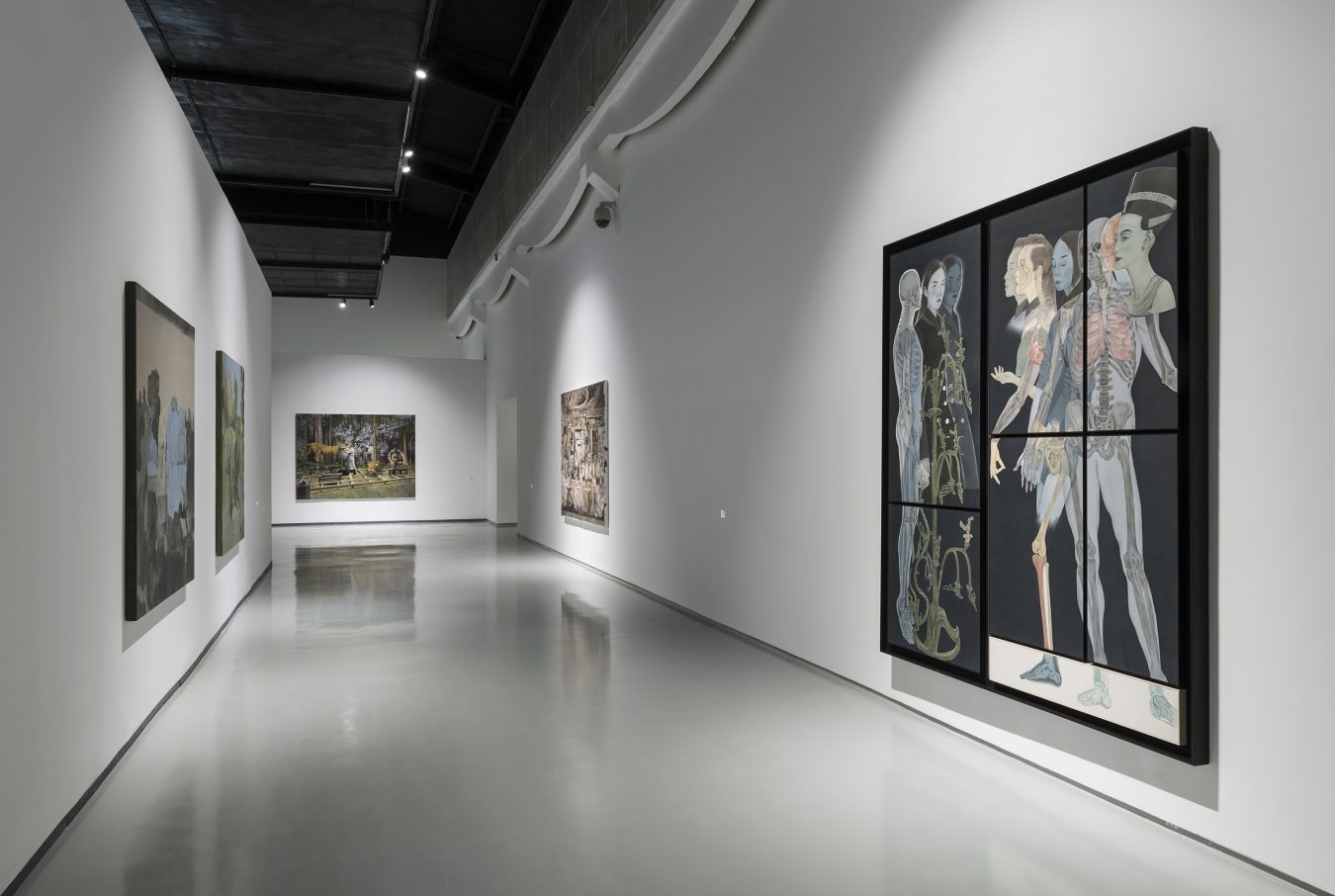 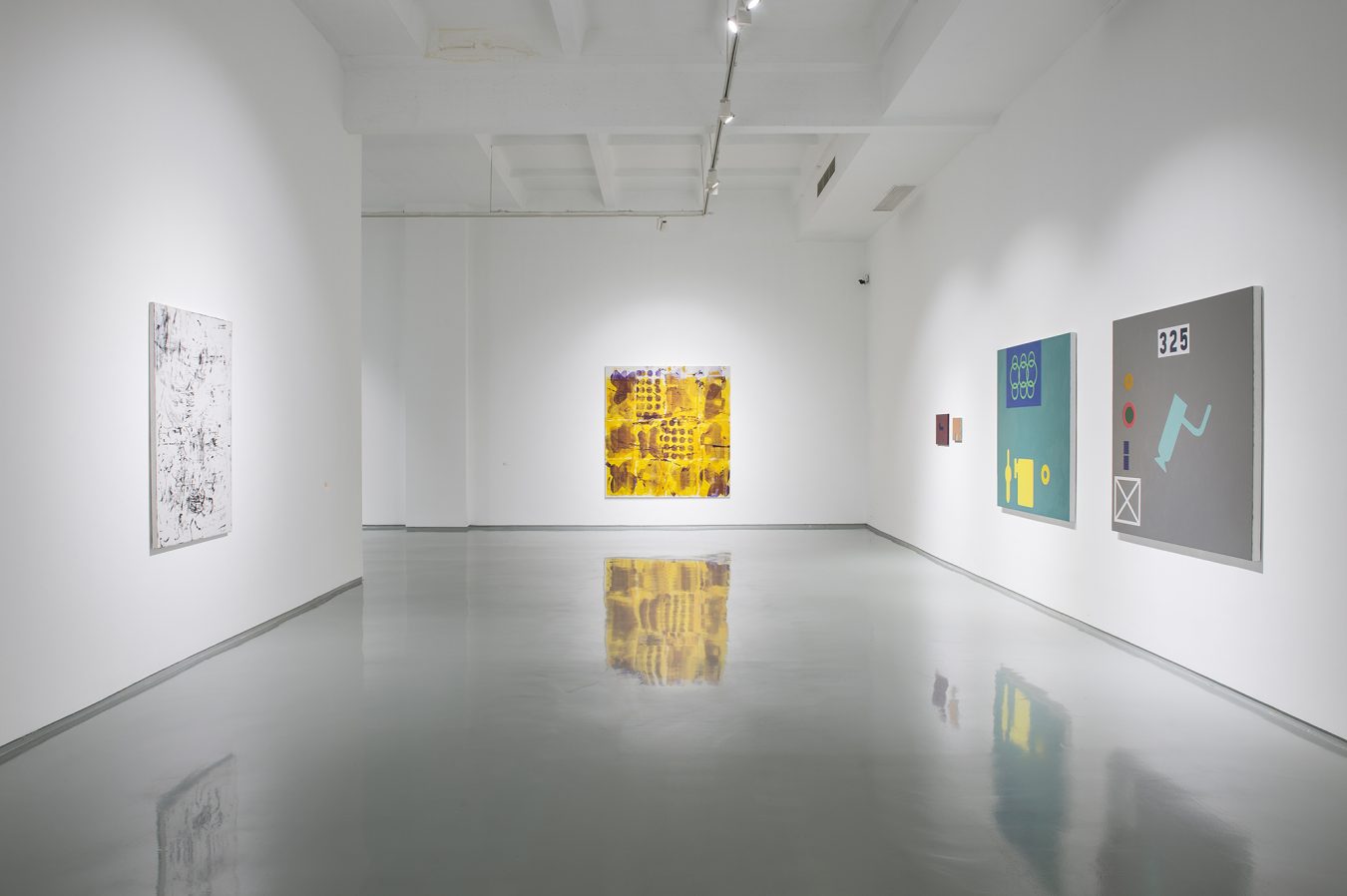 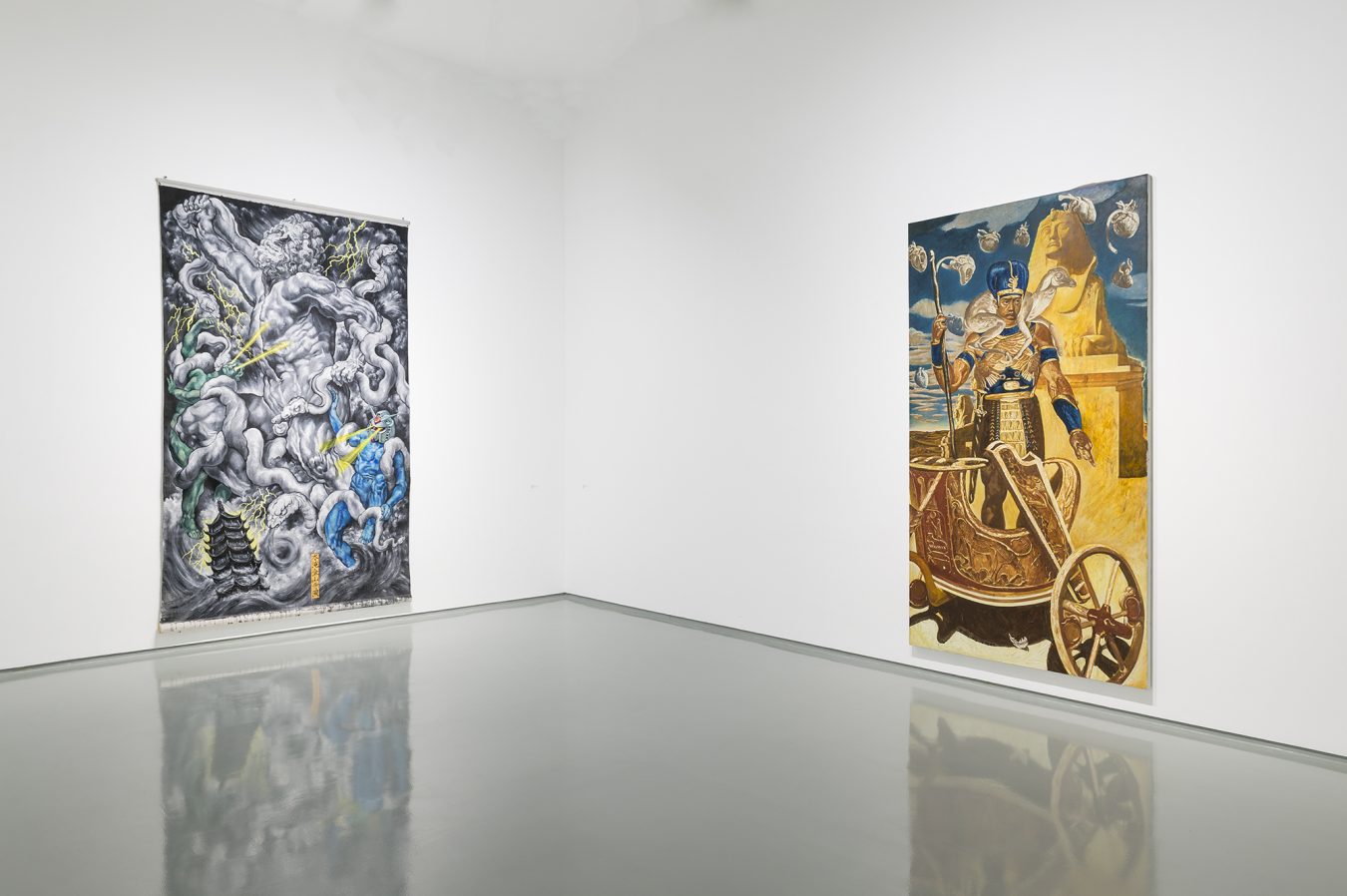 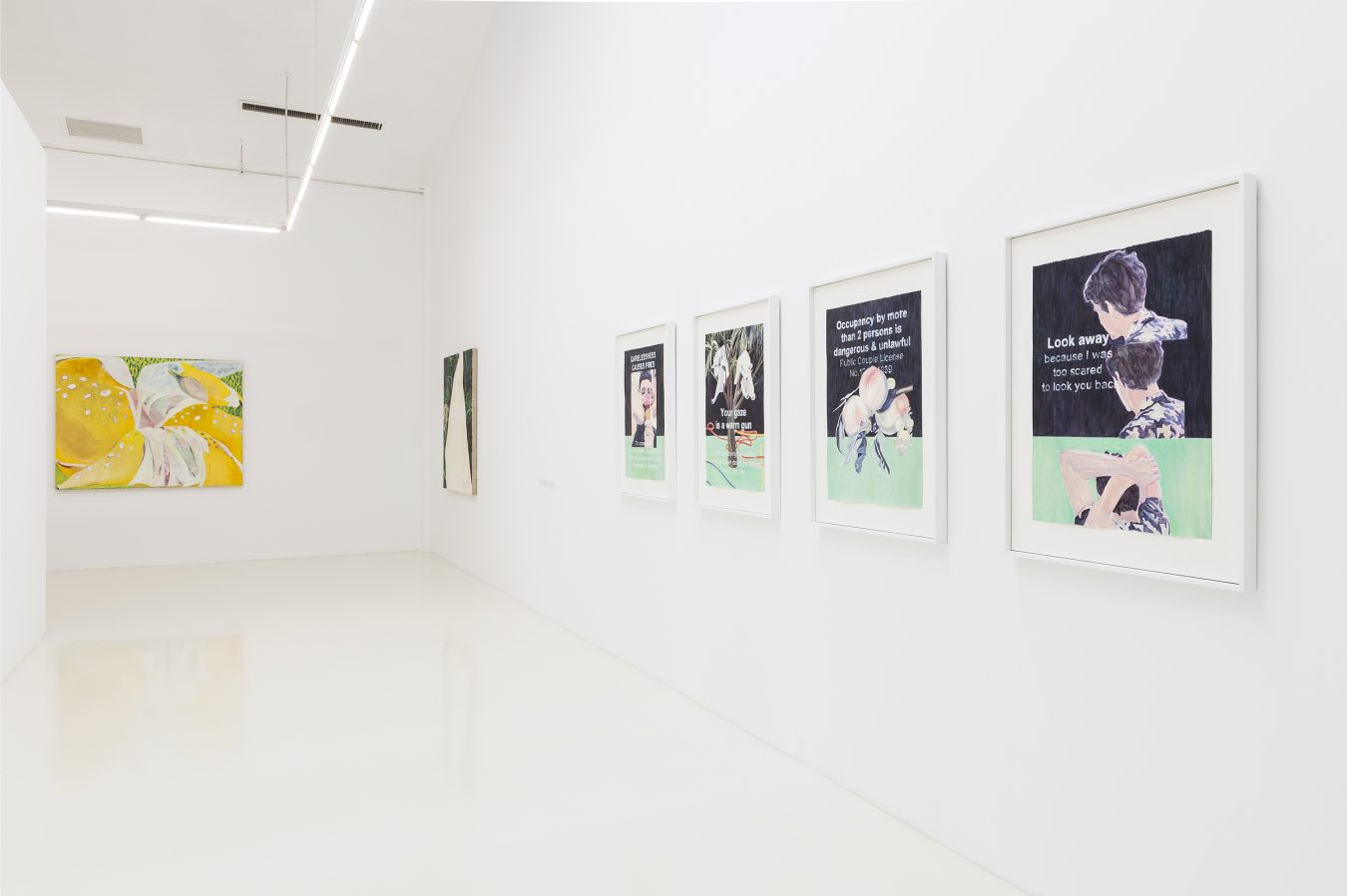 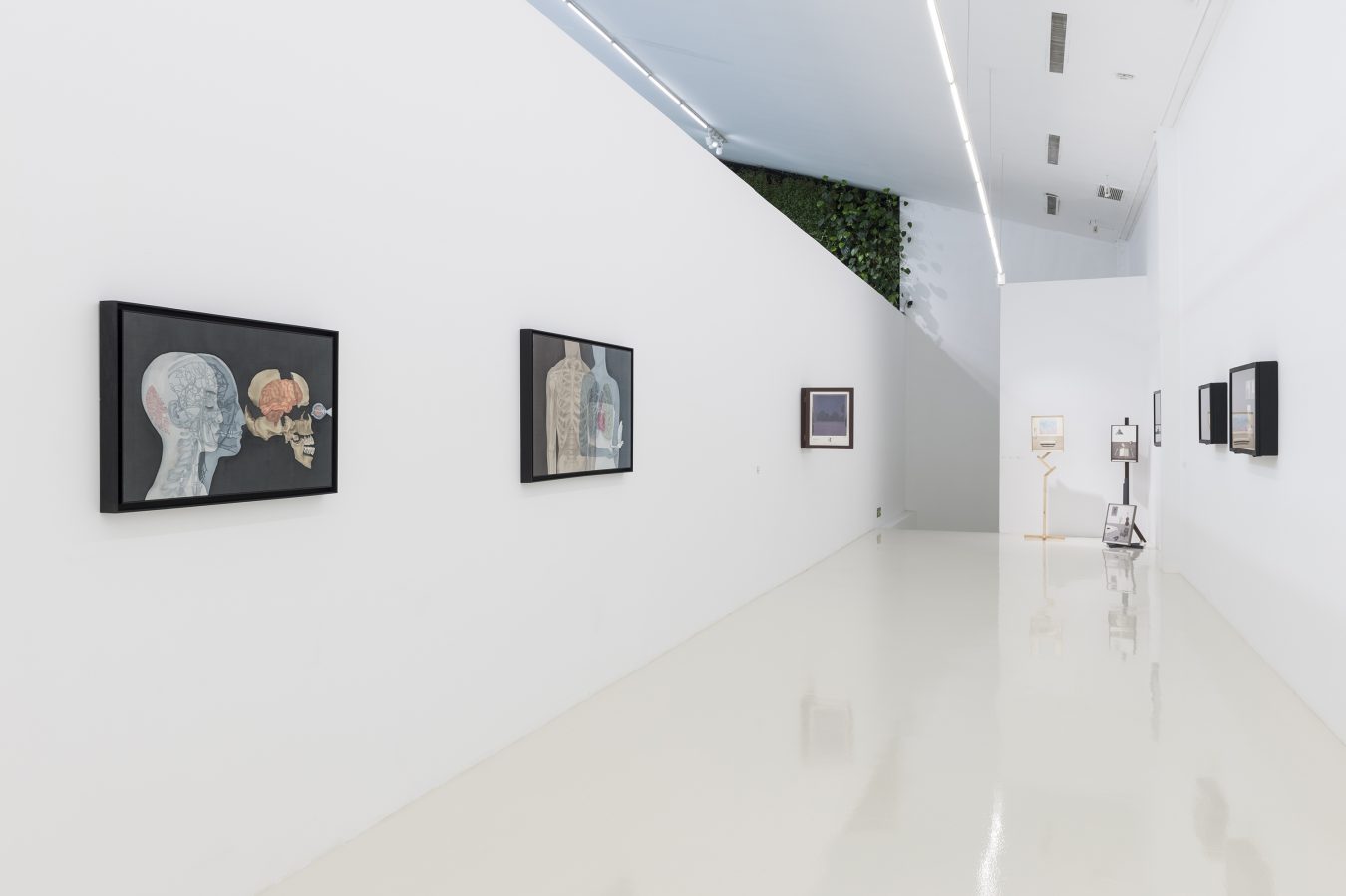 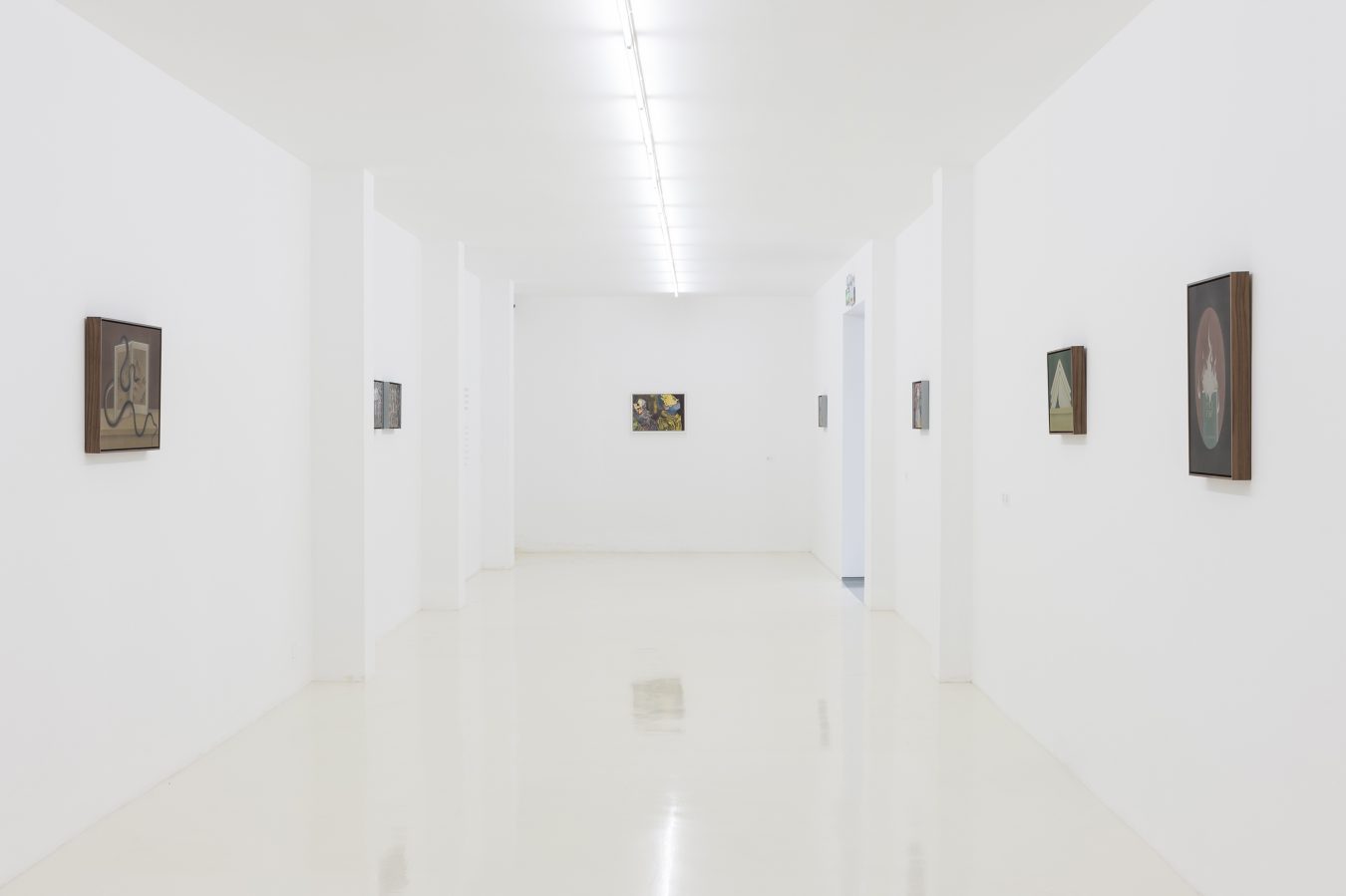 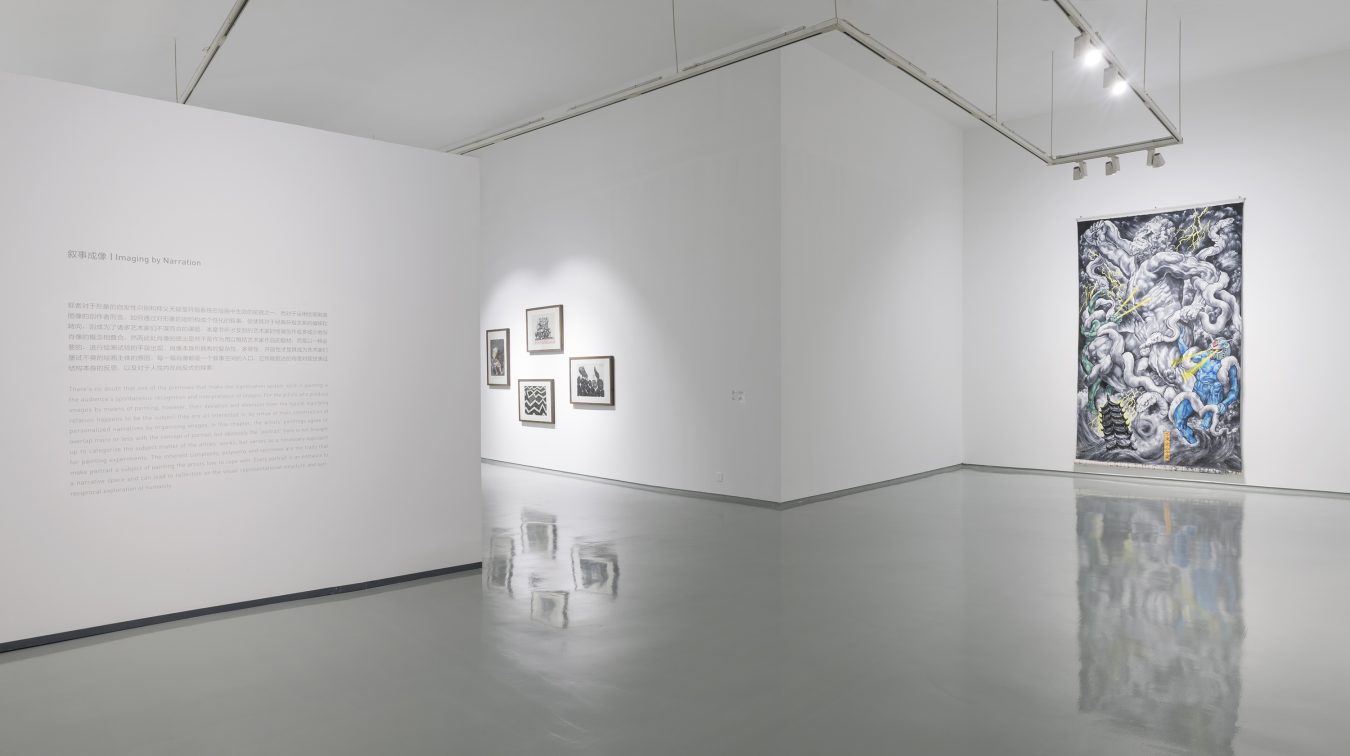 Hive Center for Contemporary Art (Beijing) is honored to pronounce that Déjà vu: Painting as the Art of Signification, a large-scale group exhibition will be presented at all exhibition halls from September 1st. Focusing on painting itself, this exhibition invited 29 artists of all ages who got much attention in the contemporary art field to attend and to explore the artist’s narrative rules related to painting in different styles and systems. The exhibition co-curated by curators Yang Jian, Yu Fei, Zhao Xiaodan from Hive Center, and the exhibition will continue until October 7th,2018.

Painting, as a time-honored traditional mode of depiction, has been confronted with questions and challenges in the current context, especially in this age of luxuriant and endless genres of art. This is as big a challenge for painting as that at the birth of photography which greatly changed the public’s ideas towards images and thus brought quite an impact on painting, a genre that had been taken mostly as an approach to depict nature. Modernist art has initiated the quest for the uniqueness of painting and advocated that the focus of painting has shifted to the relation between the two-dimensional plane and a painter’s presence and traces such as his brushwork and coloring. This group exhibition is an attempt to explore the artists’ painting-related rules of narration in different styles and systems, instead of a simple presentation of works of a common theme or similar medium. The 29 artists selected for the show have been observed by Hive Center for Contemporary Art for a long term, with their ages covering a certain span of time, including those established artists who have had their personal history built and the emerging artists who are weaving their own worlds and experimenting on diverse subjects. As a context

inhabited by all contemporary painters, this exhibition is not constructing any uni-structural community, but exploring the existence or possibility of a parallel concept, verbally based and available, for the ontology of image when in reference to visual aesthetic experiences and verbal description.

Apparently, in terms of visual standards, “déjà vu” has to do with the synaesthesia accessible through the quality of a painting. “Signification” here, a term borrowed from linguistics, originally refers to the connection between the signifier and the signified in a language. However, instead of strictly following the original meaning, the exhibition highlights the connotations radiating and transferred from the concept. This is, in fact, the biggest problem facing the ontology of painting in China; to put it more specifically, what types of symbolization and approaches should be adopted to develop the connections with tradition and personal experience? Currently, the artist is required to create a type of clue in the visual system of the painting per se for the audience, in the process of viewing, to relate to the degree of arbitrariness between the signifier and the signified, and to see if they agree with the visual aesthetics of the painting by examining the strictness of logic in play. This is no doubt an attempt to connect with the comprehensive aesthetic standards in modern times, and to put the painting back to its inherent system instead of the traditional pedigree of “ethnology”.

It should be noted that the concept, as a reminder, is not taken to nullify the meaning of an image through language. It is instead a rational part based on the making of a painting. For instance, different modules set for the exhibition are all designed to screen the works for the signs of different mediums that concern literariness, historical tradition, individual aesthetic experience, etc. In the form of a self-consistent logic series, these very signs constitute the entire structure of a painting. What’s important here is not depiction but the quest for unique ways of narration in the distinguishable similarities, or, in another word, narrations deviated from the conventional mainstream narrations that describe the scene of figurative styles, and the making of a sort of diversity in interpretation and meaning-generation amid new circumstances. To conclude, this group exhibition intends to find potential structural rules of new narrative features by analyzing what’s implied by the presence and traces of artists, or specifically, the signs in paintings including but not limited to the deviation and the source-tracing.

Painting, by nature, is construction and imagination on a two-dimensional plane. For artists in the current context, painting is no longer taken as a description of nature or a carrier of any particular narrative. The fragmentation of modern society ignited artists’ exploration of individual experience, so they started to directly process the planarity of painting and get immersed in it, during which the work applied on a canvas became a medium for reconstructing the existing world. The final picture takes on a mode of narration based on a certain visual system, while the signs in the painting all point to the artist’s own system of perception. Different from ancient landscape painting that produces a physical imagination where viewers can scale themselves down and travel or stay inside, this points to a spiritual home based on the present and incubating future dreams.

Just as Wu Hung put it, “retro” can be an approach to artistic reform, and its essence is not to imitate history but to “create ruptures of history” and initiate independent construction characteristic of reflection and transcendence. Artists featured in this chapter include those who have experienced and practiced the artistic reform in the 1980s and those born in the 1980s and now participating and experimenting in this image era brought by the Internet. Naturally, the history in front of them is double-faced: to selectively inherit the history of art and to extract and ferment local experience. It’s worth noting that these artists are all aware of the importance of retreating for the sake of advancing and the responsibility to learn from history. In the countless journeys to contemporaneity via “retro”, new vitality is always accompanied by the temptation to linger and get trapped in history. Therefore, the key of this chapter is to explore how the artists follow their leads and move discreetly ahead against the dual historical backgrounds and in their respective signifying relations concerning vision and experience.

There’s no doubt that one of the premises that make the signification system valid in painting is the audience’s spontaneous recognition and interpretation of images. For the artists who produce images by means of painting, however, their deviation and diversion from the typical signifying relation happen to be the subject they are all interested in, by virtue of their construction of personalized narratives by organizing images. In this chapter, the artists’ paintings agree or overlap more or less with the concept of a portrait, but obviously, the “portrait” here is not brought up to categorize the subject matter of the artists’ works but serves as a necessary approach for painting experiments. The inherent complexity, polysemy, and openness are the traits that make the portrait a subject of painting the artists love to cope with. Every portrait is an entrance to a narrative space and can lead to reflection on the visual representational structure and self-reciprocal exploration of humanity.

On one hand, images are employed by artists as materials, and on the other artists are also creating a type of image ontology by the medium of painting. The ontological problem they have to face constantly, to ponder over, and to respond to is how these images take effect and acquire validity in the current context; simple production and that of visual-effect obsession are just self-torture ruses to avoid the most pointed questions. Moreover, the public is already quite capable of collecting subjective image specimens, so apparently, images have become out of focus, and the gazes at them are also branching out, which means that the era of naïve picture-reading is a transitional stage is already gone.

In the contemporary context, literariness has been a common sign in paintings, which is recognizable only when the audience is capable of visual thinking and literary fantasizing on account of its polysemous and ambiguous nature. The literariness in painting relies not on the stability of historical framework, but on the psychological level, or even the subconscious, deposited in human culture, so it’s not accessible by usual state. Therefore, usually, the literariness can only be provoked silently by the painting subject matters and directions that are closely related to the subject identity of the artist and built upon his deep-seated sensibility.