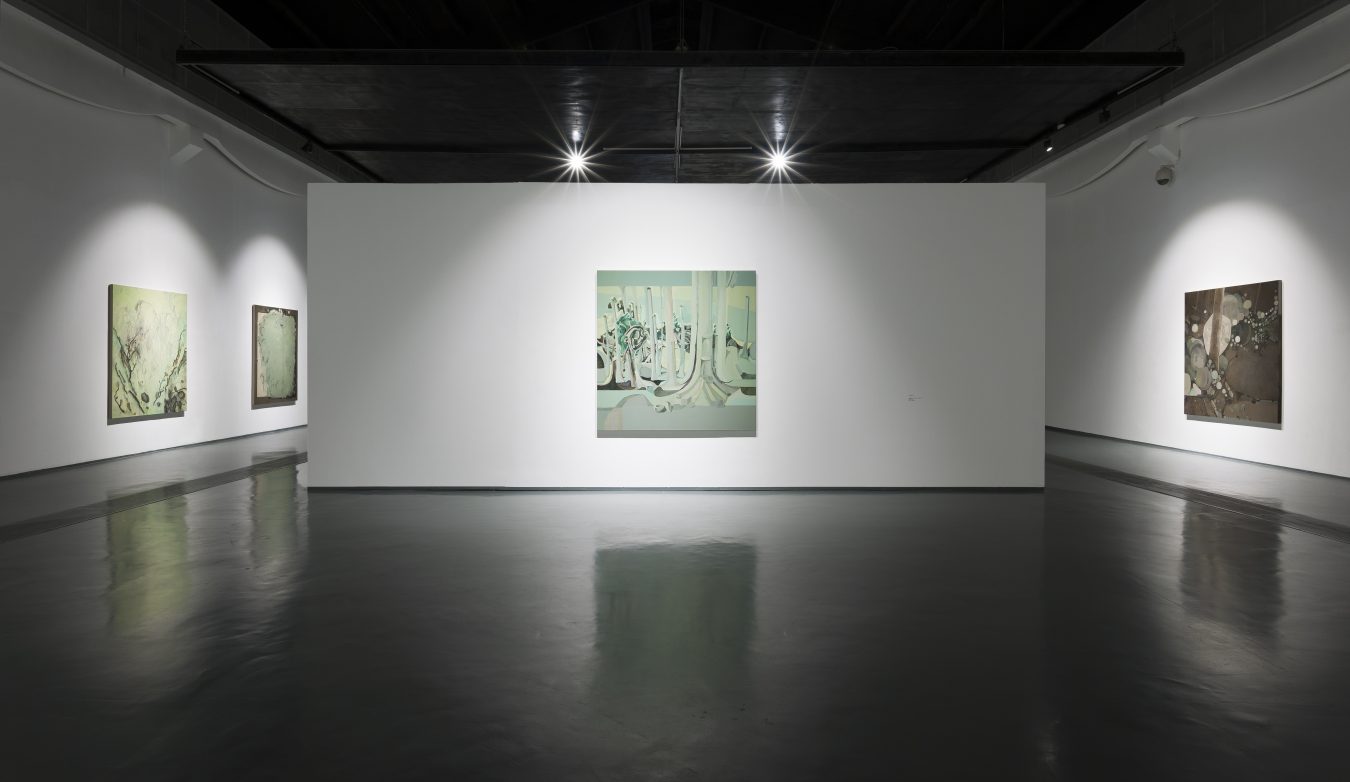 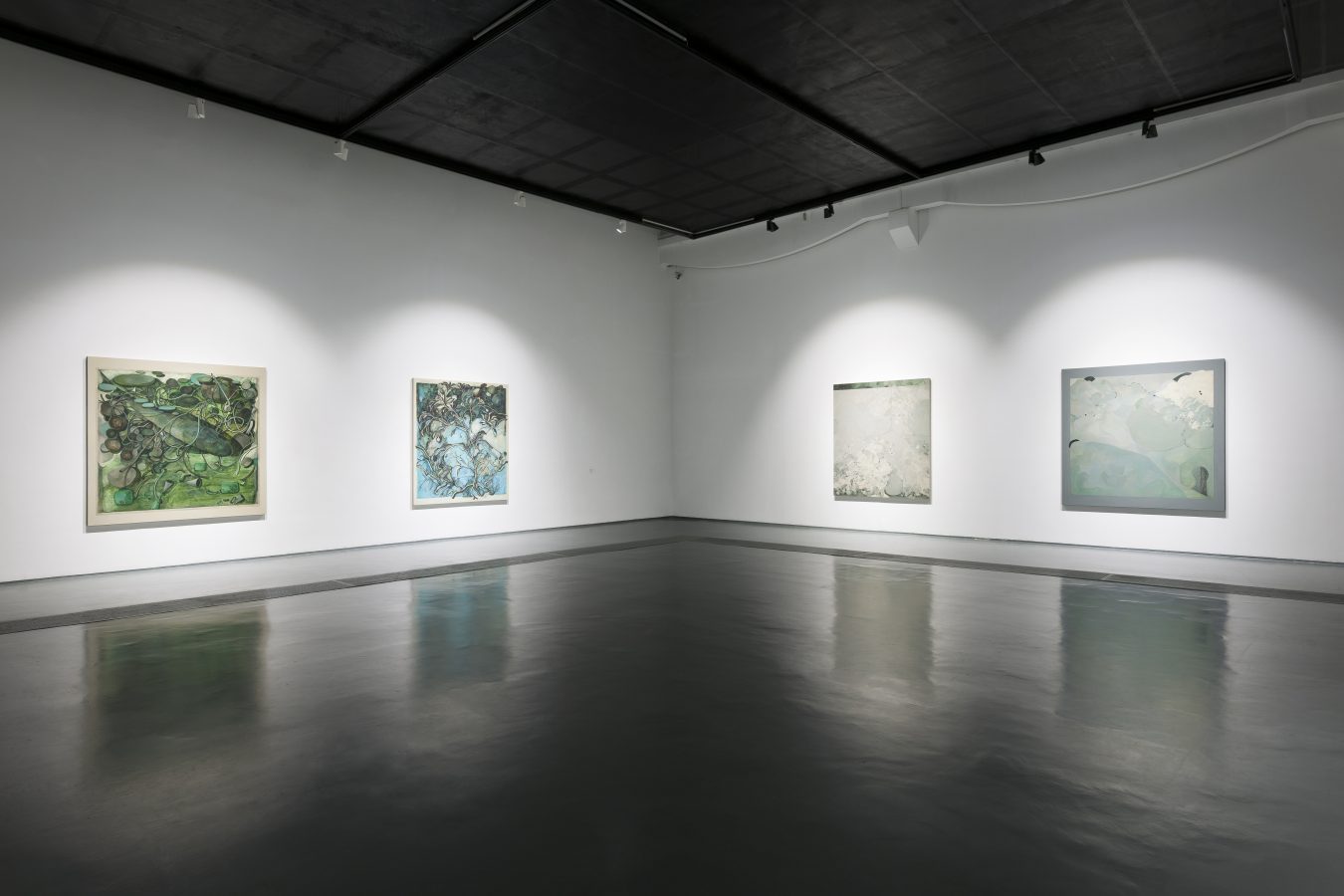 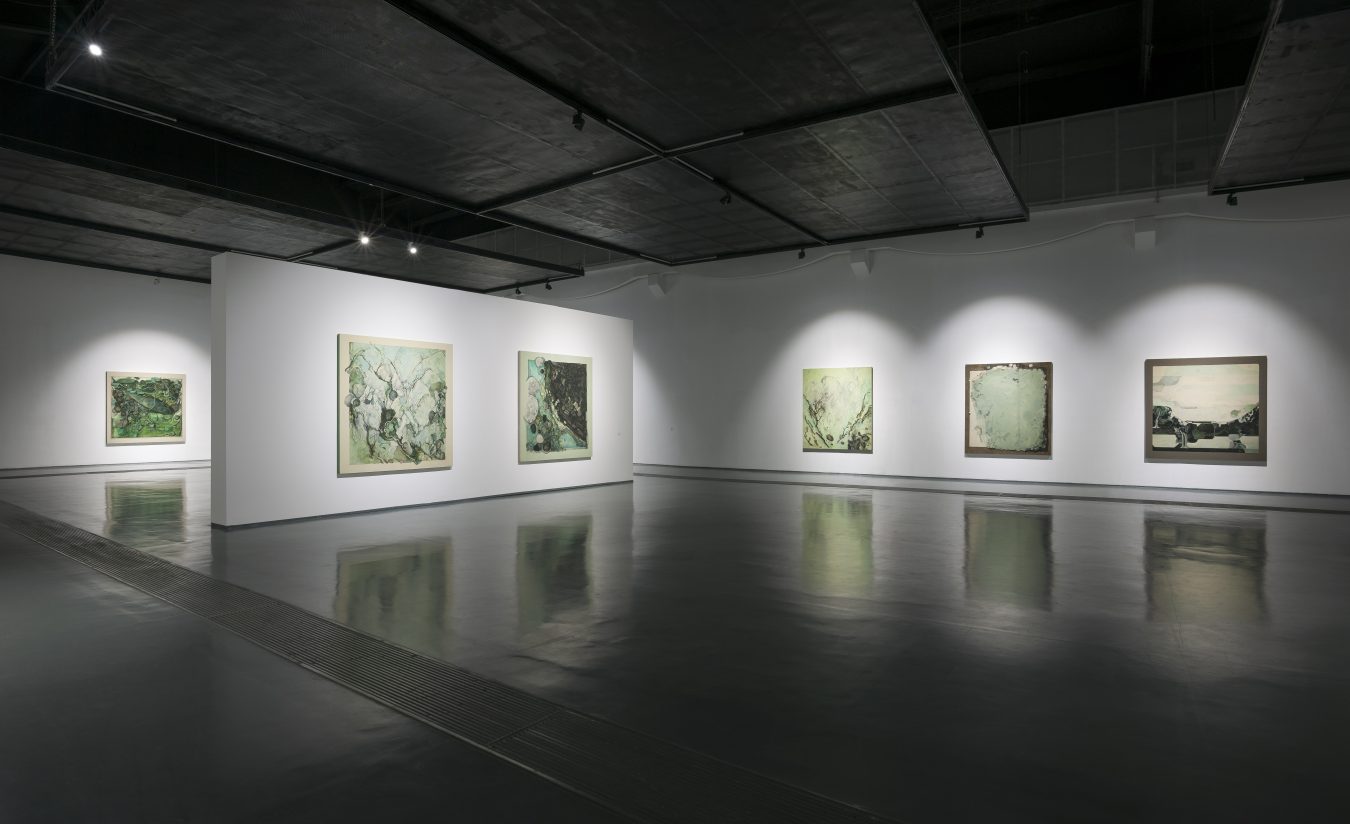 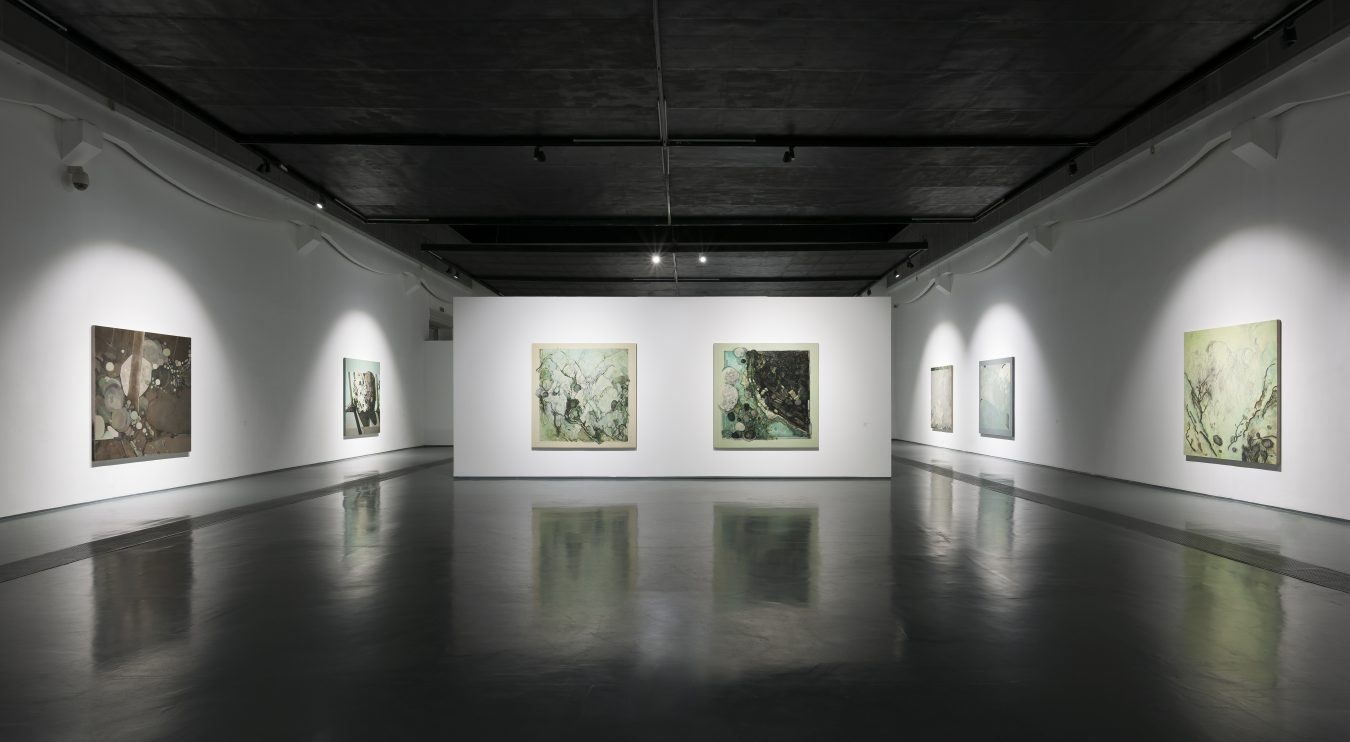 Bu Di, born in 1970, started learning painting from his father since childhood, and earned a fair bit of acclaim in his youth. He did receive a certain amount of academy training, but his natural strengths seemed incompatible with it. He naturally kept his distance from the then-dominant Soviet School and realism. After growing up, Bu Di never considered himself a professional artist. Instead, he became an expert on the appraisal of ancient art and artifacts, while also working in design. It is only in the past ten years that he returned to a total focus on painting.

We rarely see sparseness in his earlier paintings. They are mostly marked by their density. The things in the paintings come together, split apart, and interlock, constantly tipping the balance as the painting progresses. Looking at Bu Di’s works from recent years is like strolling into a garden overgrown with curiosities. The visitor’s gaze and steps can never stay still, as if they have entered into a boundless dream realm. It feels like there is a host politely urging you on from one illusion to the next. The flowers, crystals, pine needles, boulders, thickets, lighting and water all shine off each other, accompanied by a crackle like distant fireworks. These magical scenes are naturally unrelated to our everyday surroundings. His paintings lead us to see our inner worlds, but in a way that is not limited by the realities we bring with us.

There has been an extreme shift in his latest works. He has intentionally rejected proficiency and smoothness, and slowed down his brush, turning the complex into the simple. He attempts to escape formation and refinement, and has turned instead to the operations of the language of painting. The texture of the new paintings begins to emerge through layers of accumulation, the surface colors applied to the base. The traces of alteration are arranged in an orderly fashion into the structure of the painting, with the content from the base occasionally being revealed. This brings abstract leanings to a landscape scene. The viewer can still barely make out willow branches, boulders, pure color fields and geometric shapes, but they are not arranged through the logic of the landscape’s modeling. Instead, as Freud said, “for these people, meaning does not matter. They are only interested in the harmony between lines, shapes and borders.”The richly abstract landscapes in Bu Di’s recent works are not derived directly from nature. His paintings are not generated through the imitation of objects in real life, but go from text to text, drawing from material appearance to realize combination and fusion in the language of painting.

The fusion of painting languages from different cultural contexts is no simple task. His choice of sources is not simply based on his strengths; it also touches on the painter’s unique understanding of modernity in painting language. Here we see the vestiges of the modernist painting tradition that influenced Bu Di in his childhood. Or perhaps we could say he is drawing from this nourishment to mold and temper his painting language. Many years practicing the appraisal of ancient art has meant that Bu Di has long studied Chinese classical painting traditions. Bu Di is steeped in the internal momentum and interests that drive painting, and truly integrated his hands and his eyes ( as an expert on the appraisal of art), and has gained insight into the different routes and similar ends of Eastern and Western painting.