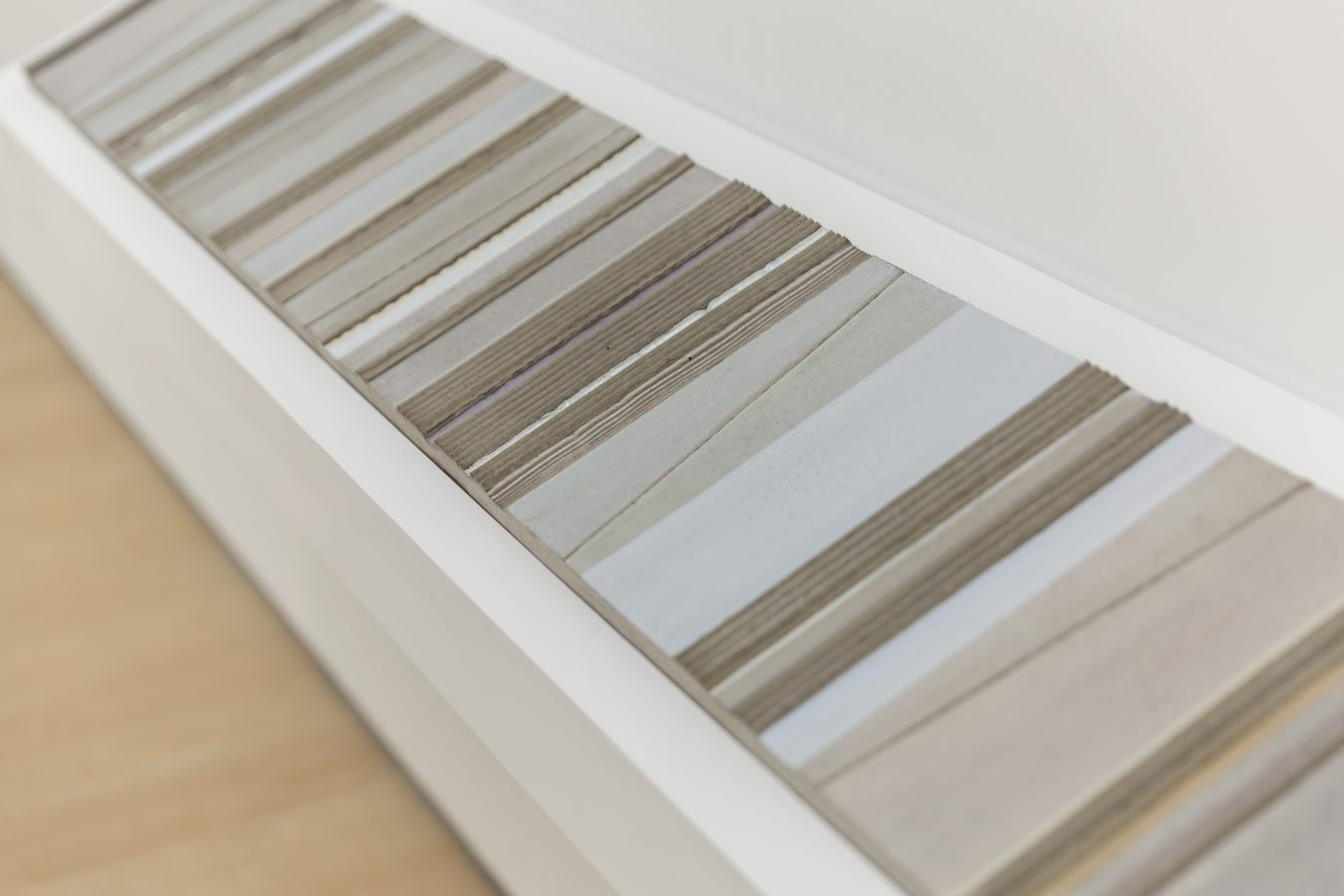 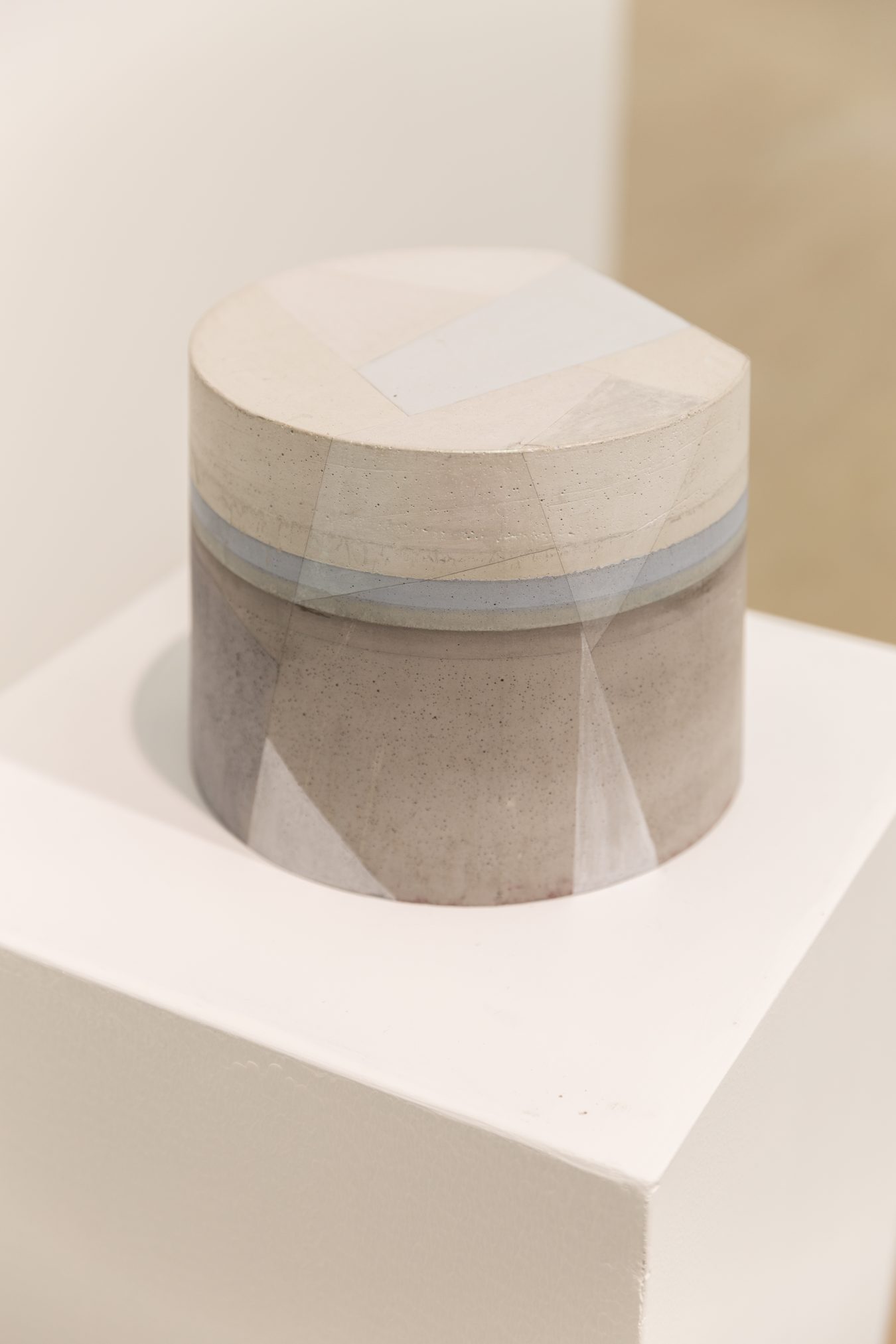 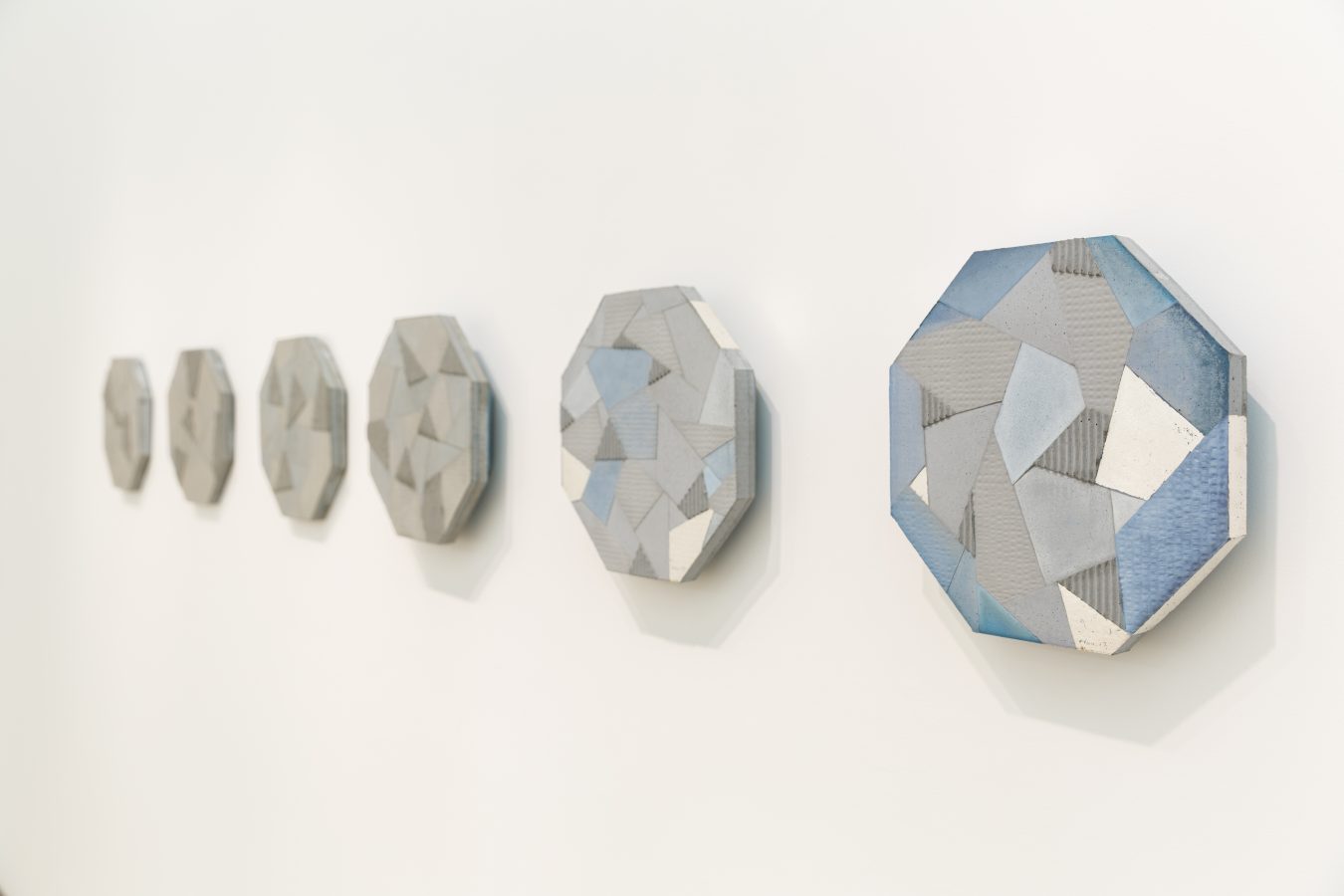 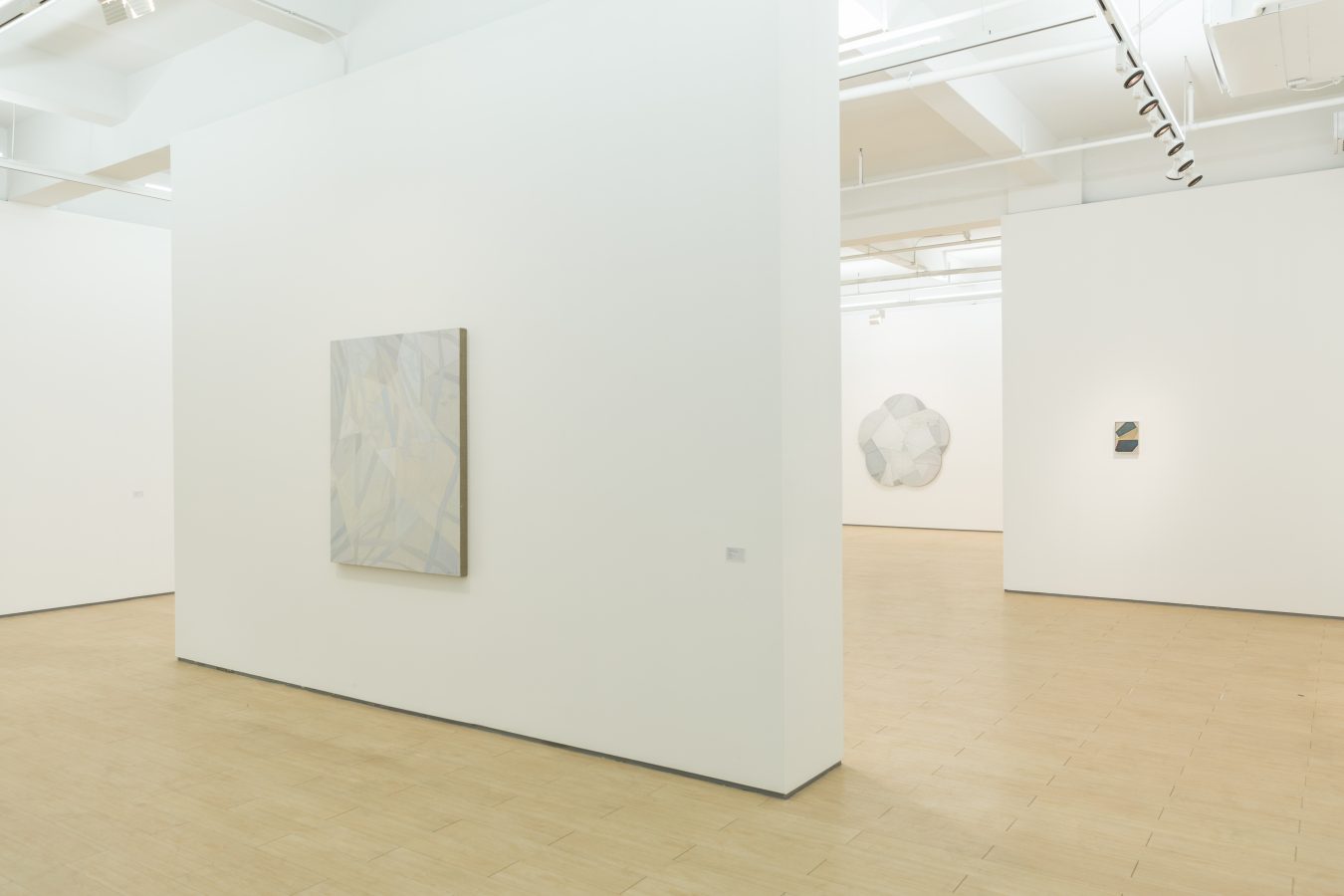 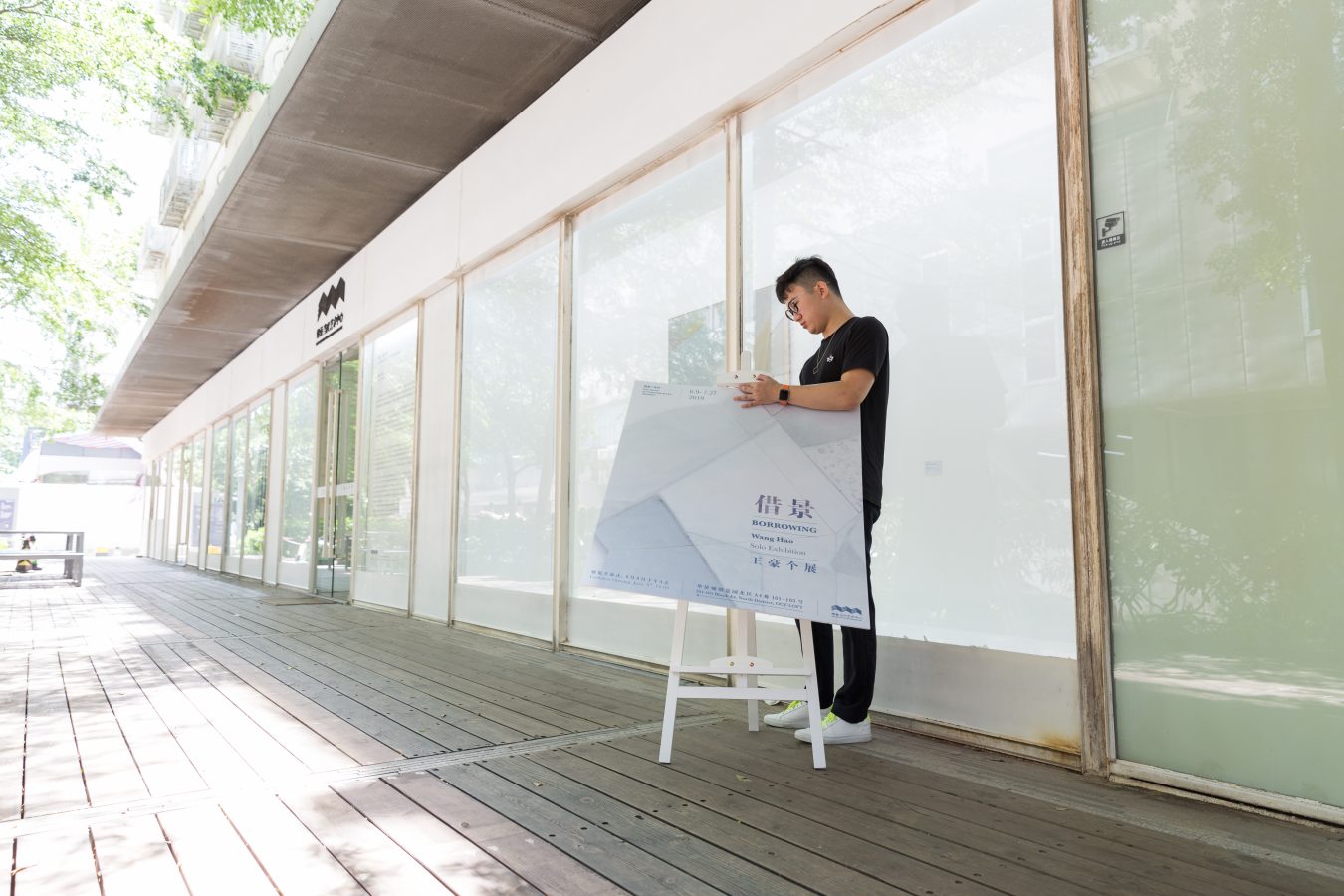 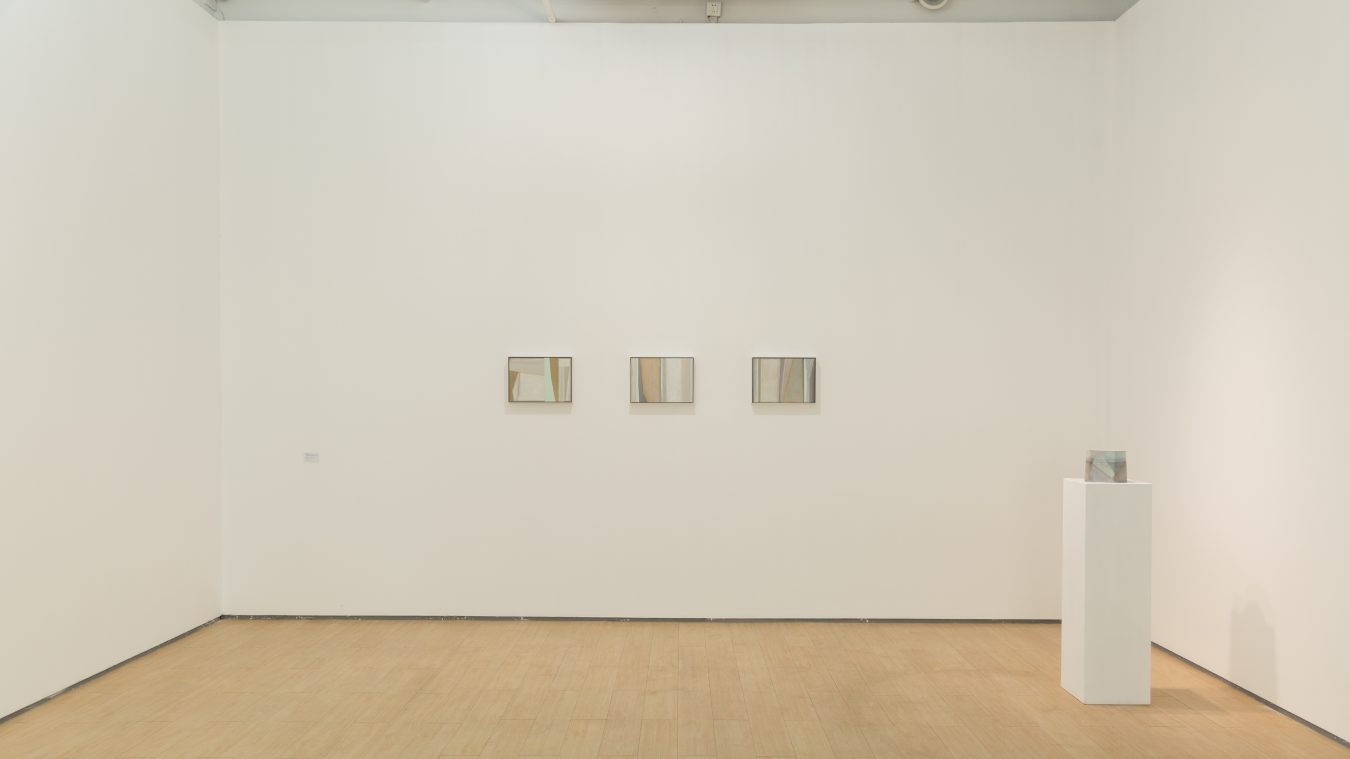 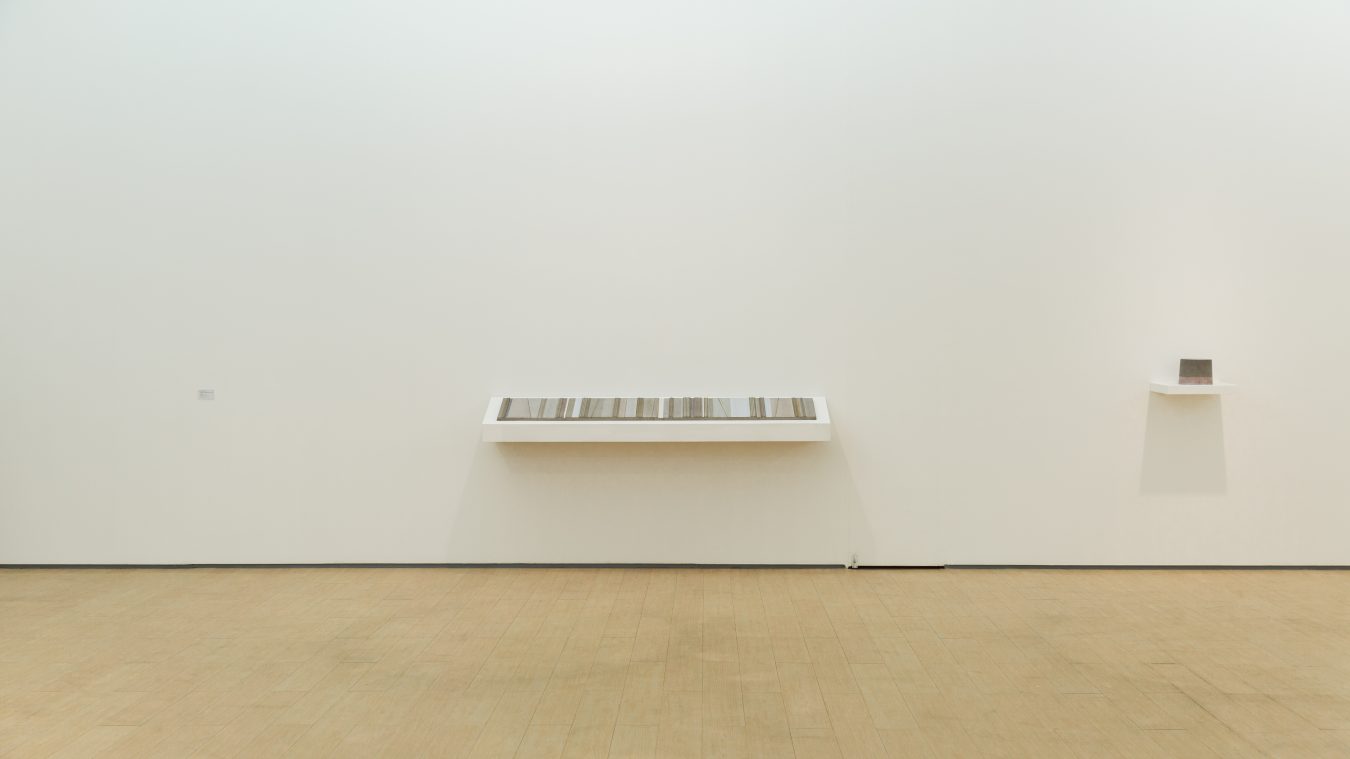 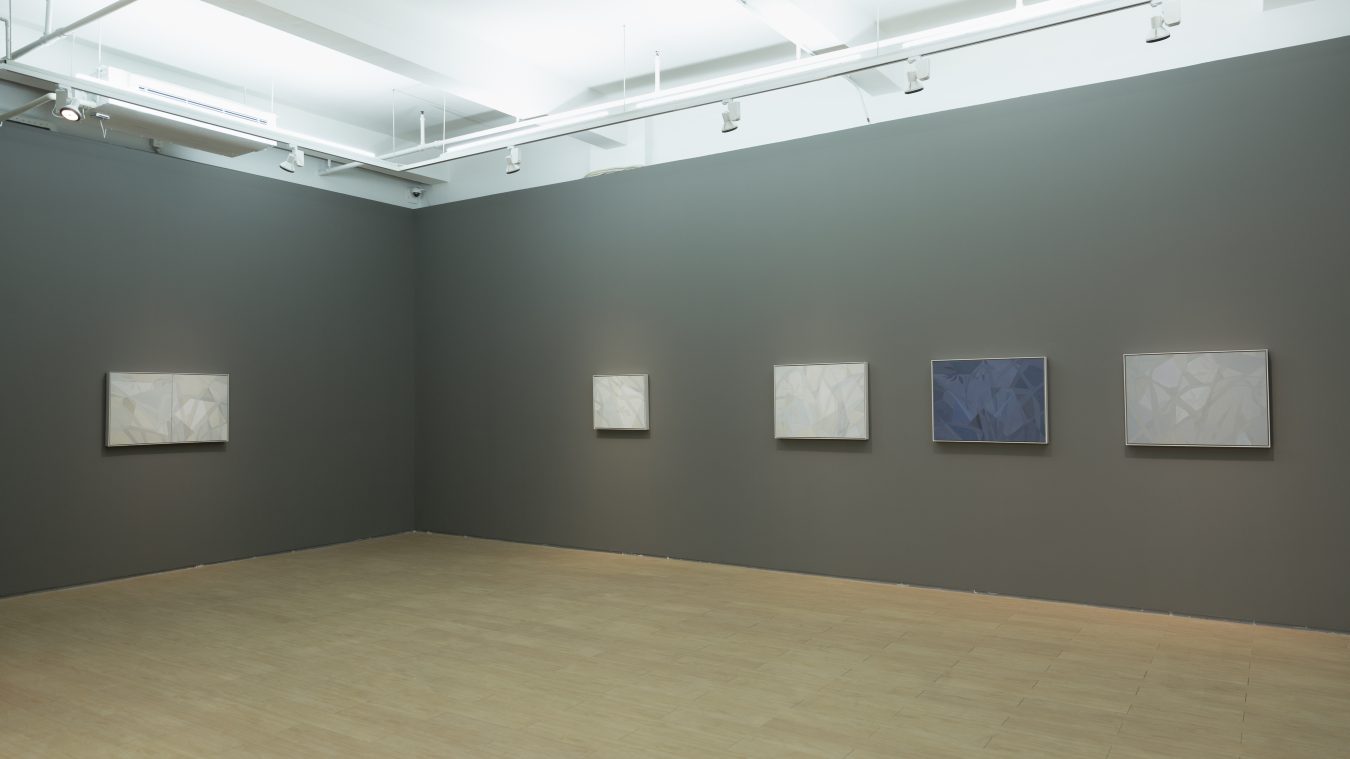 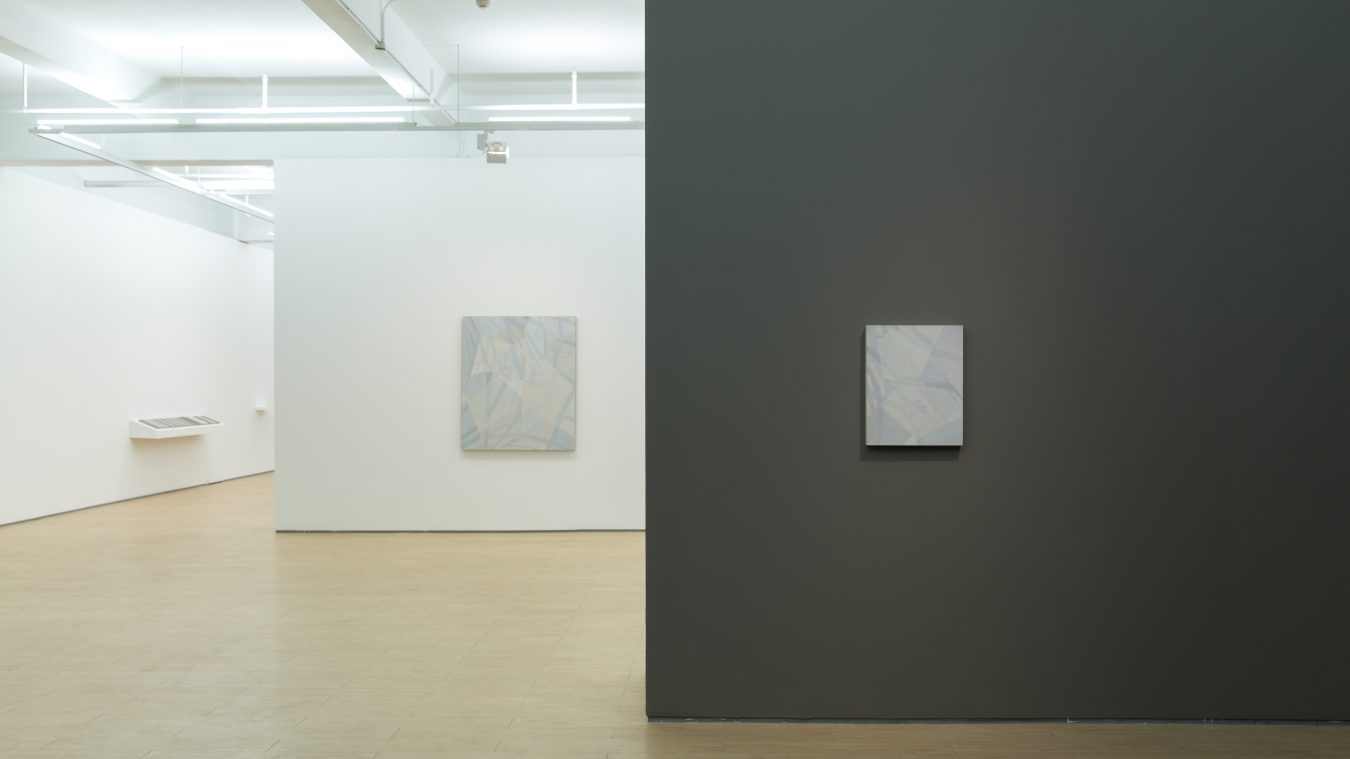 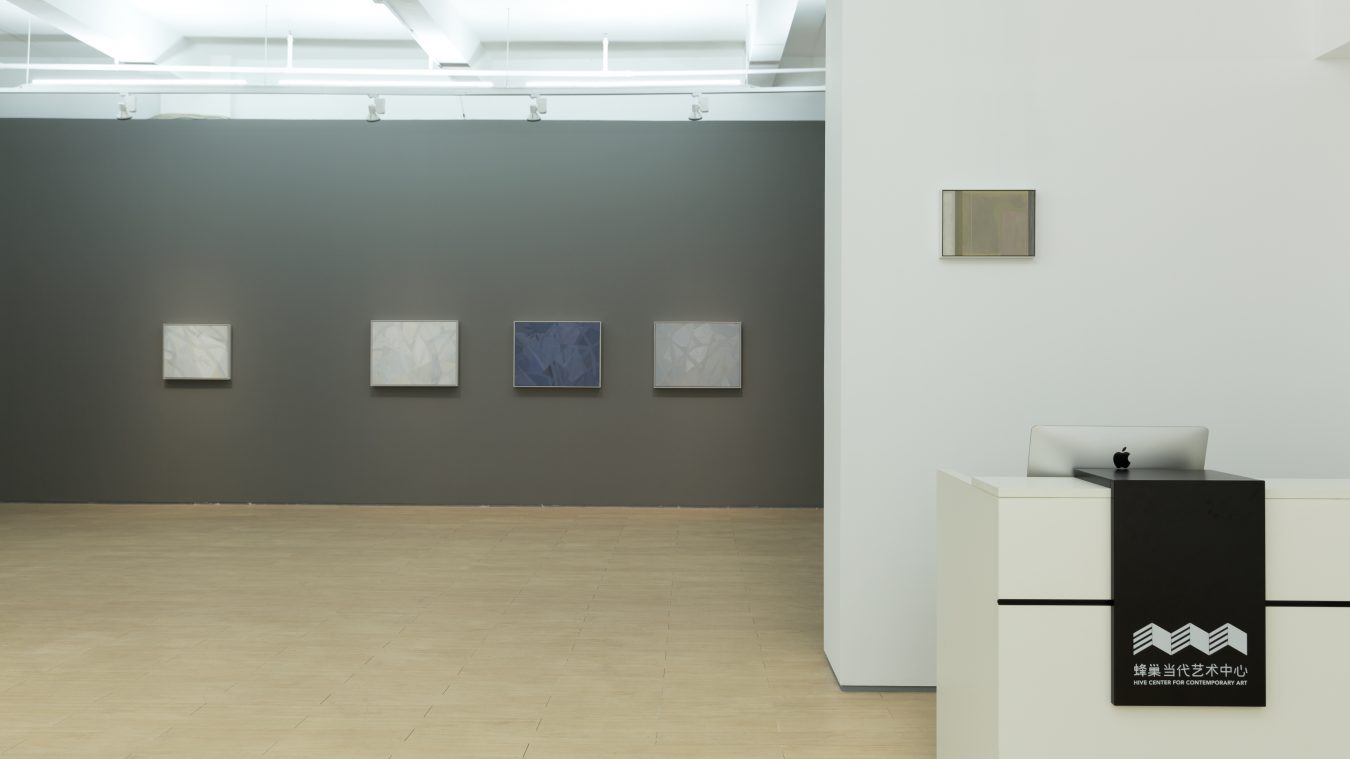 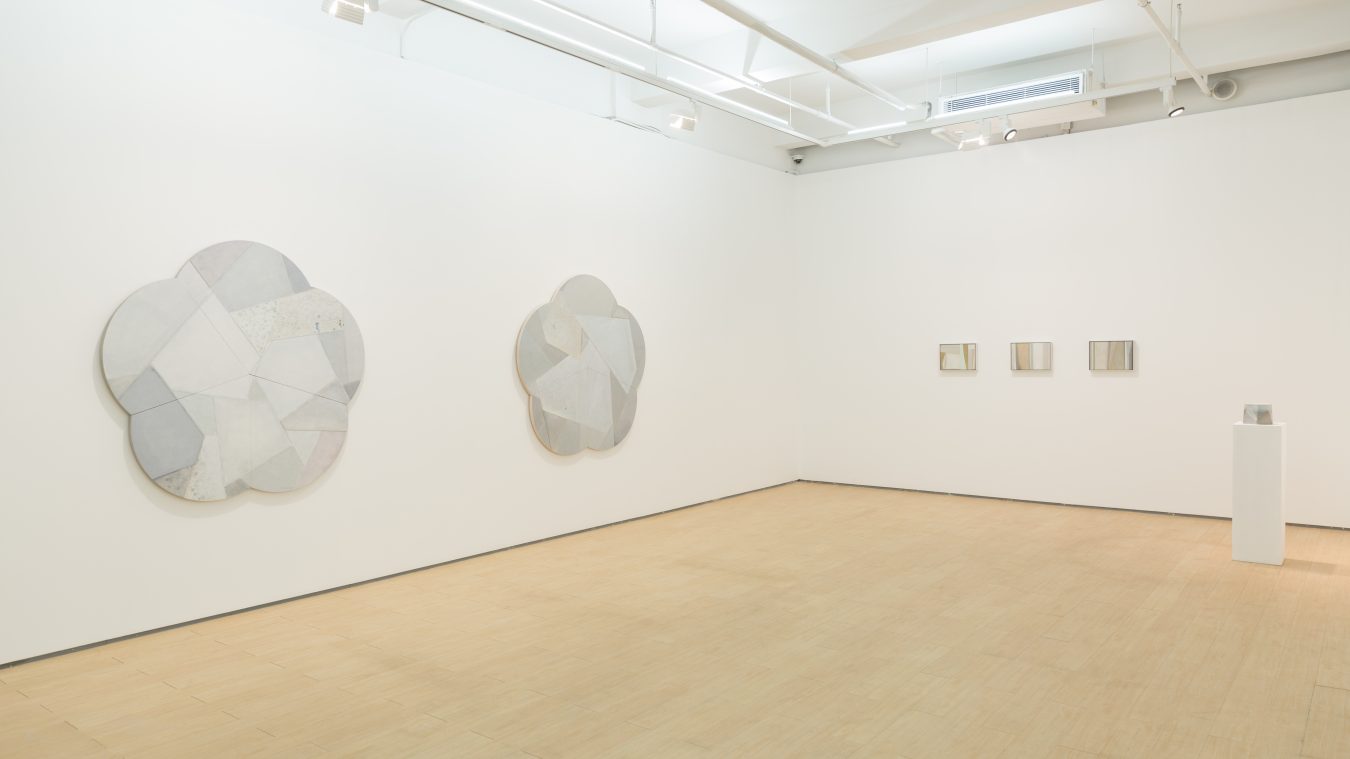 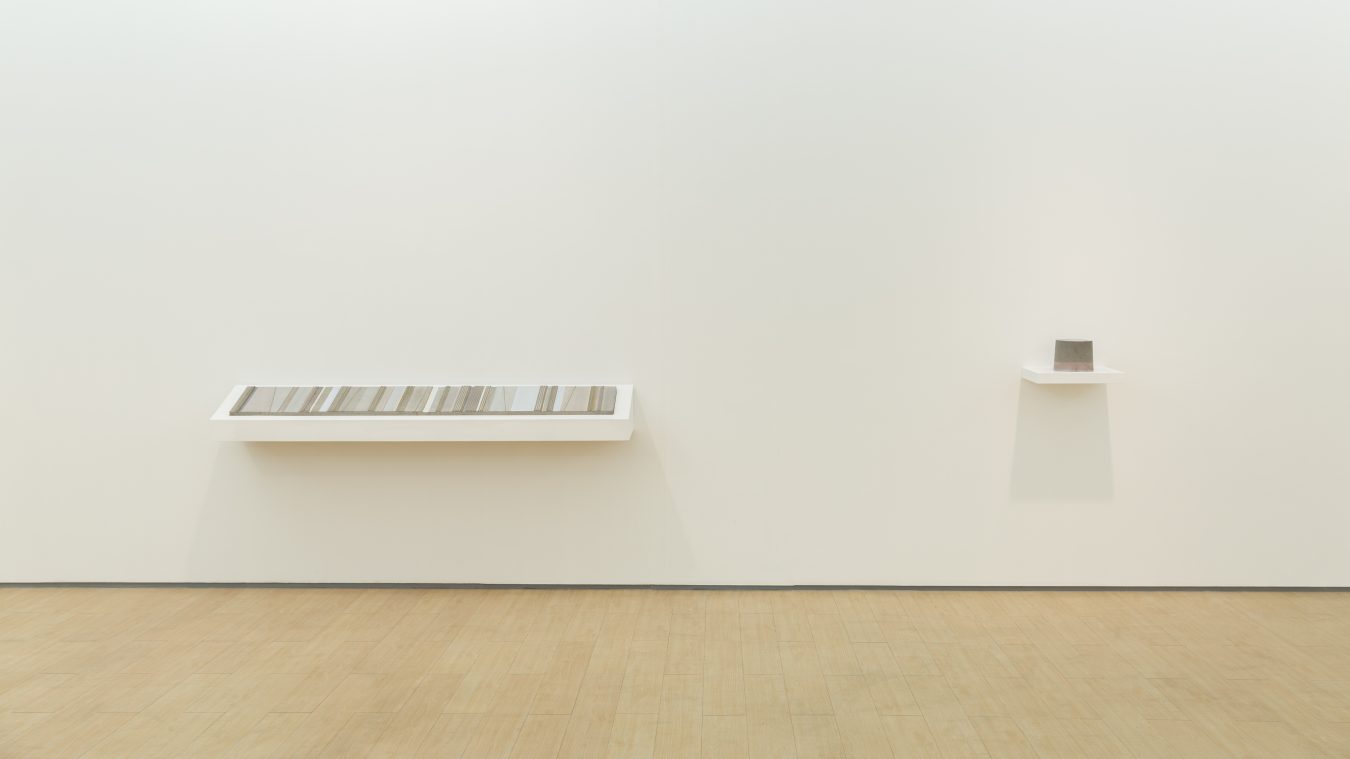 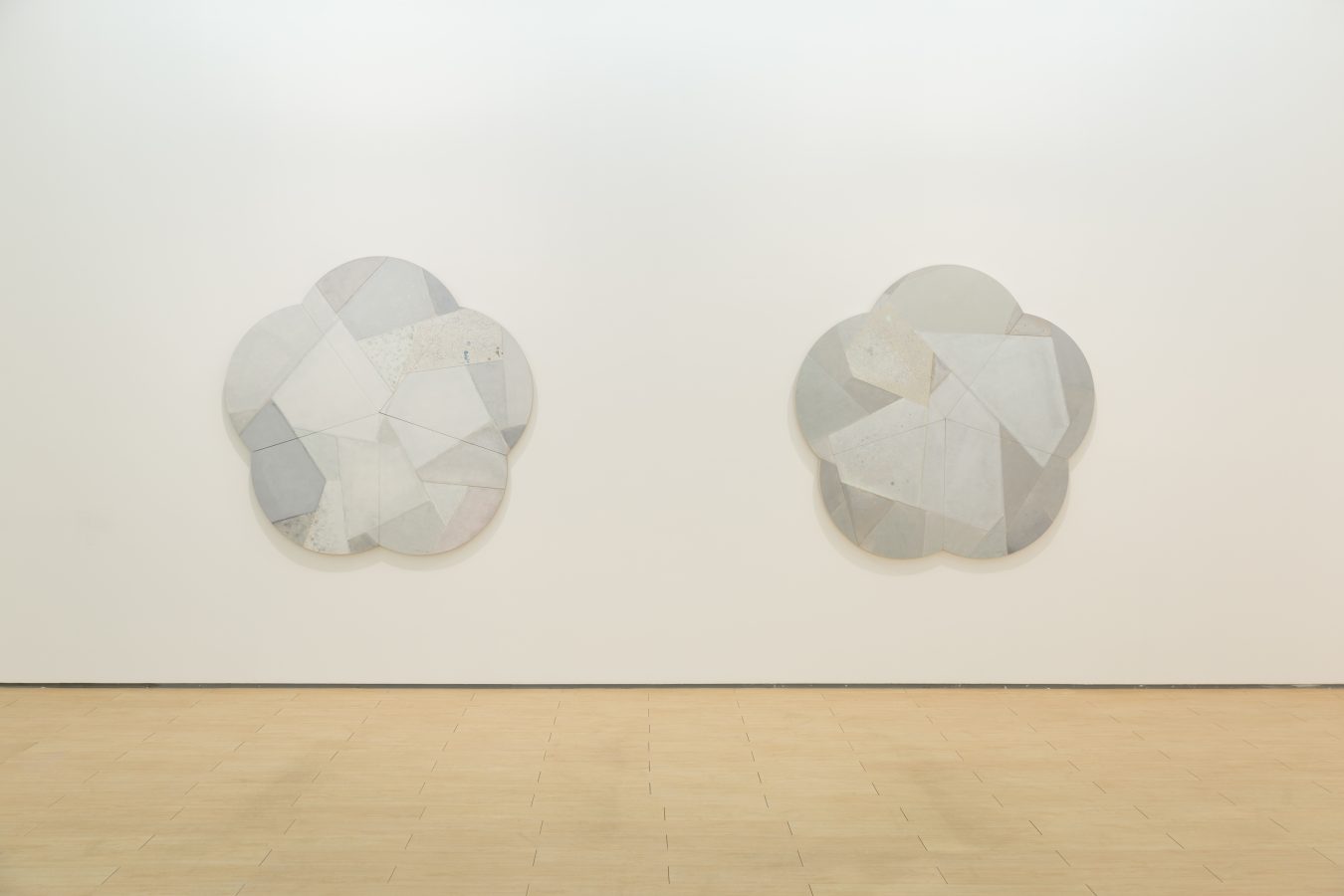 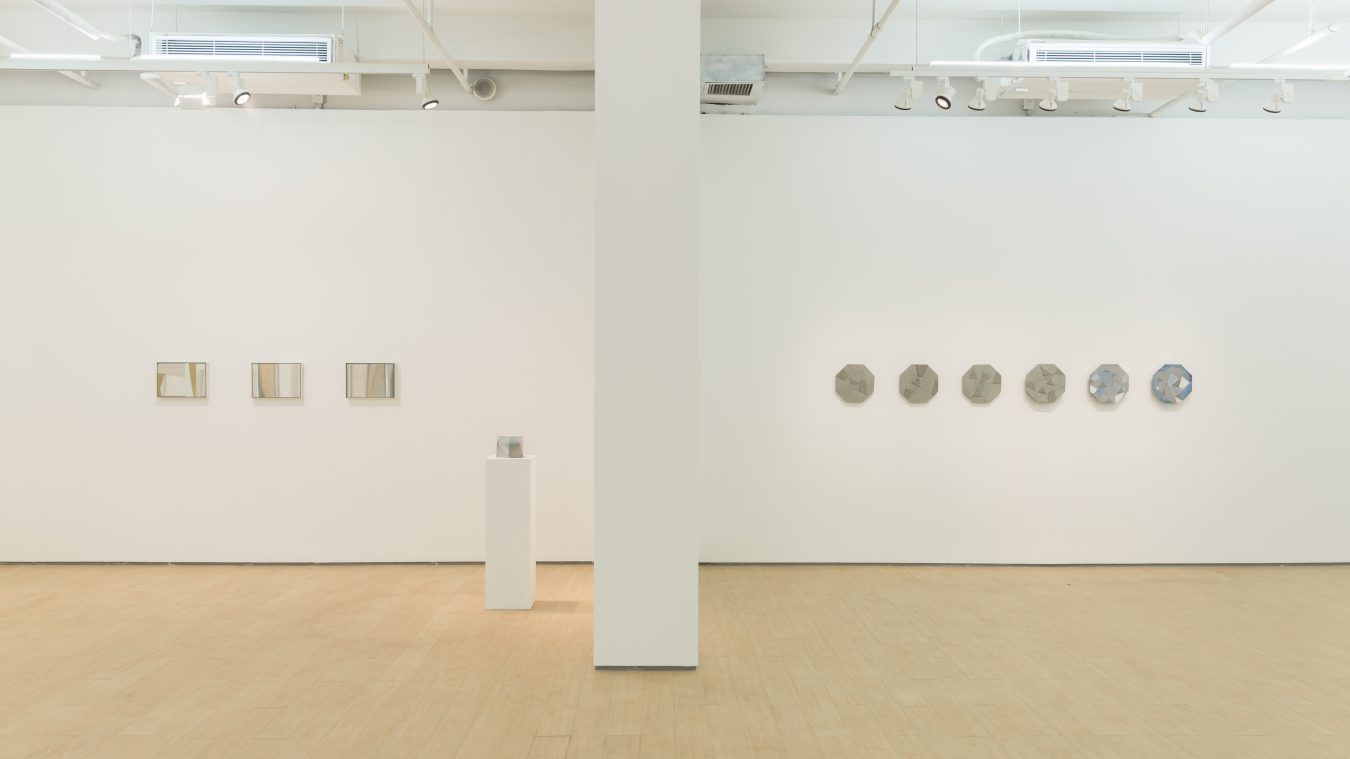 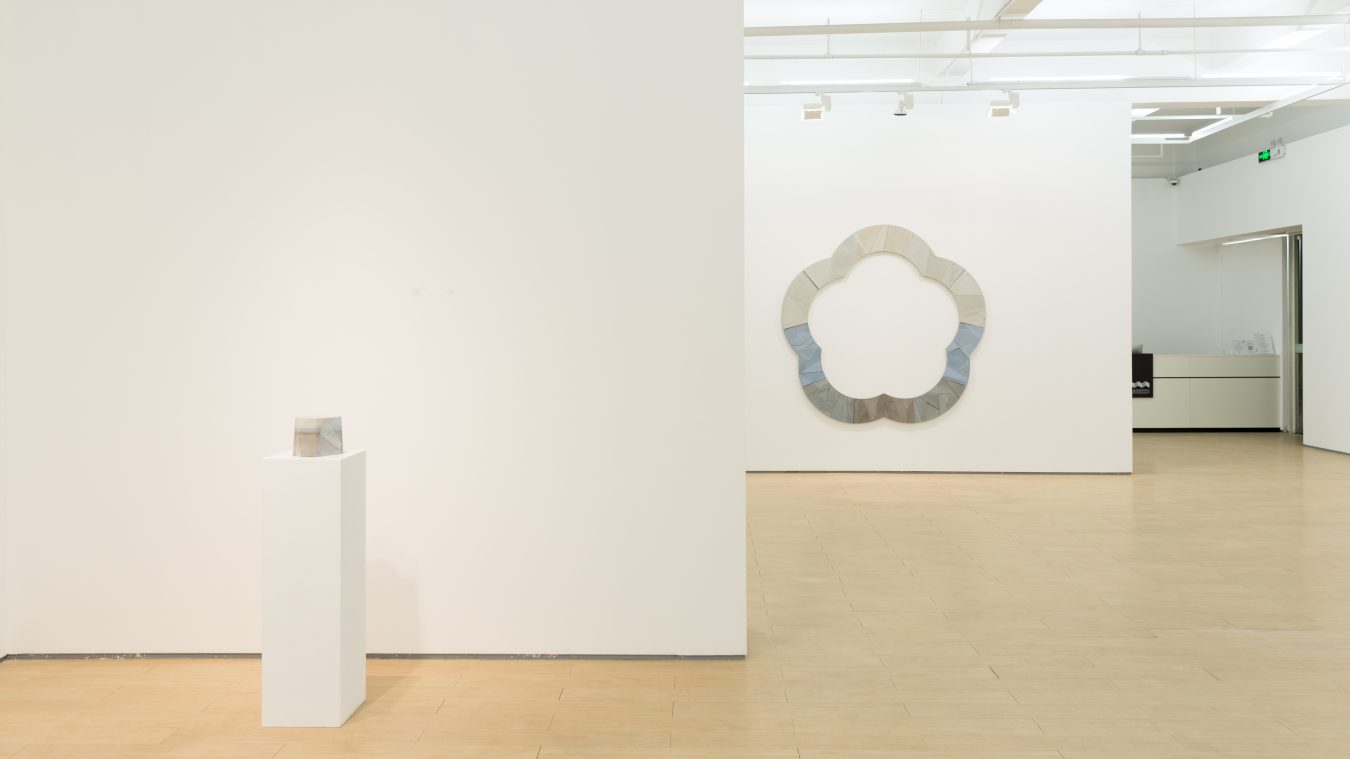 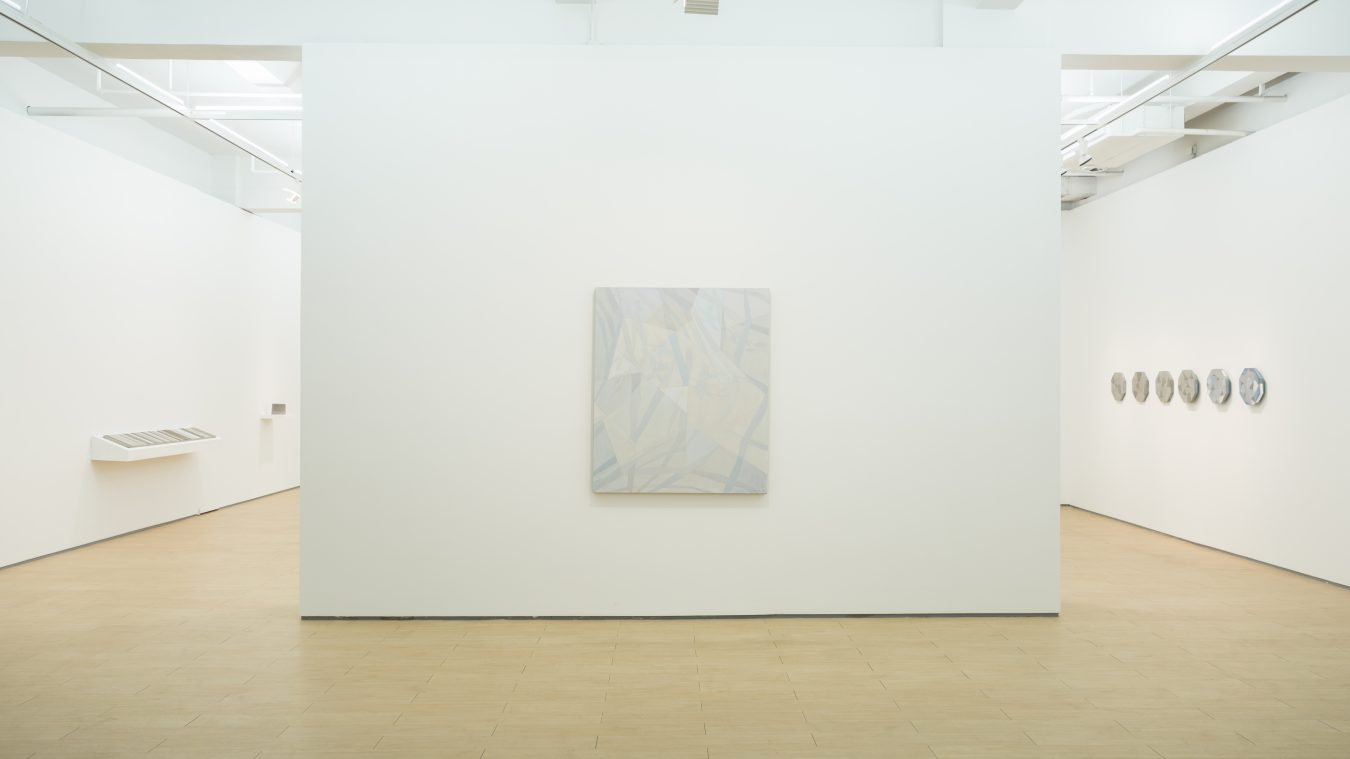 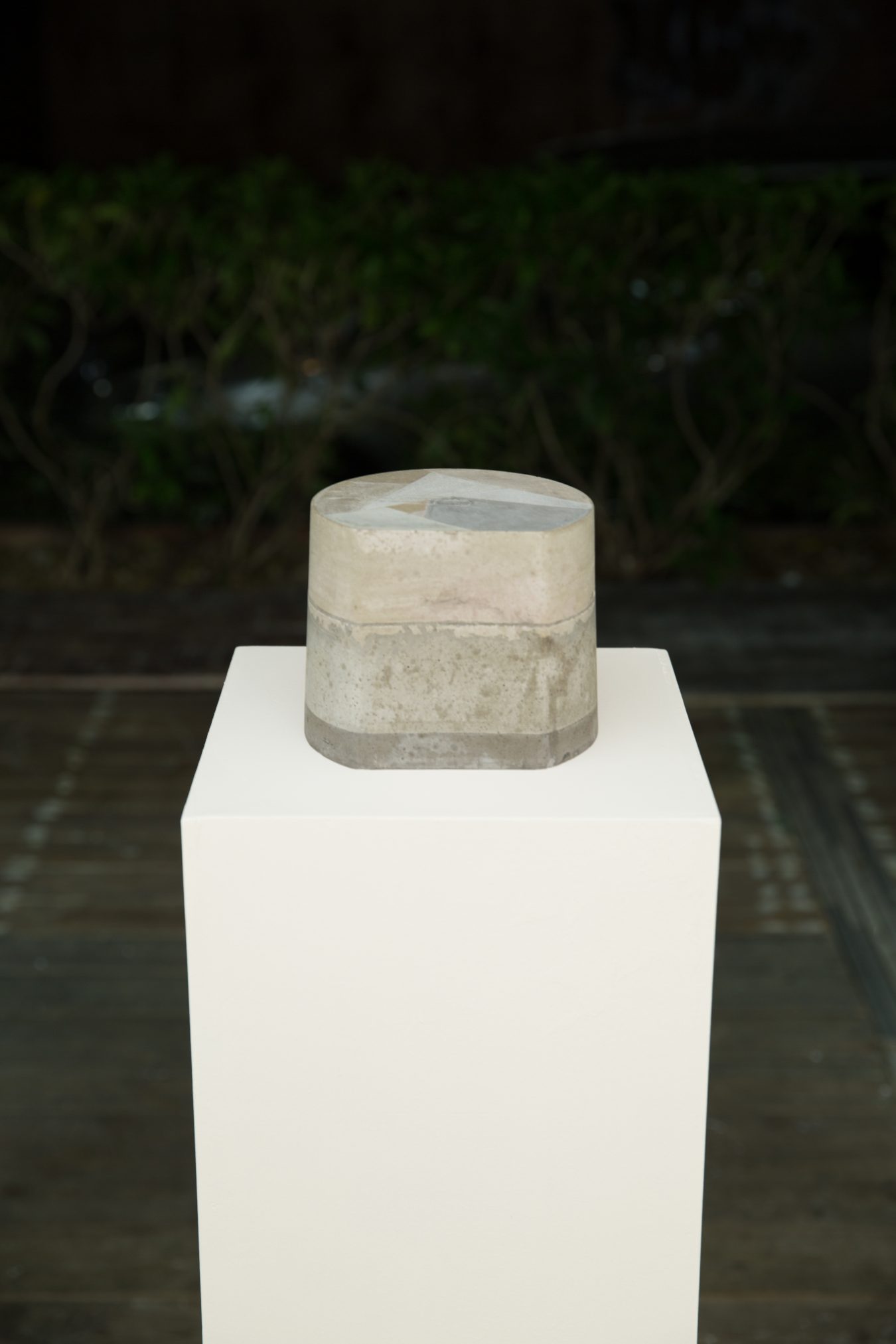 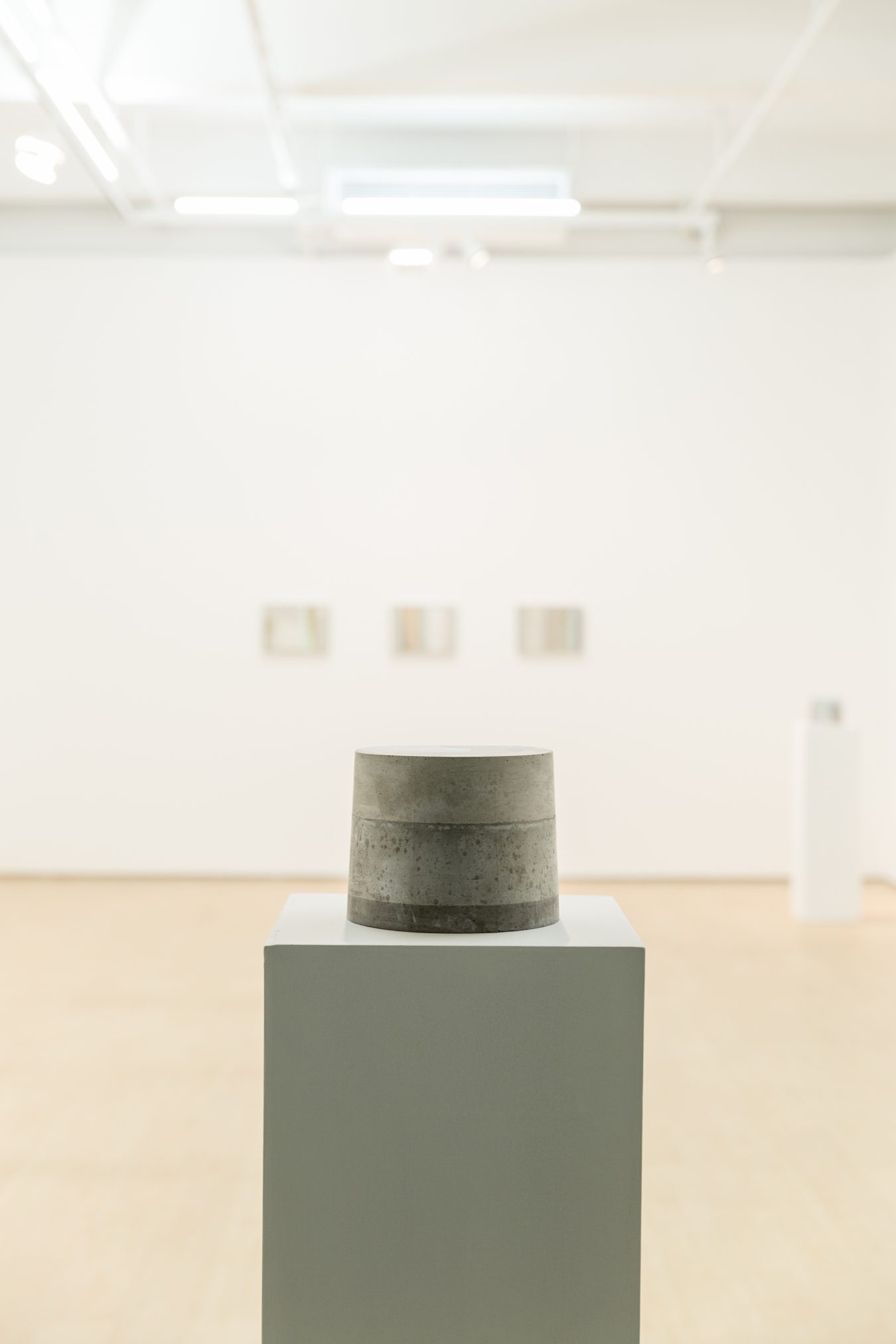 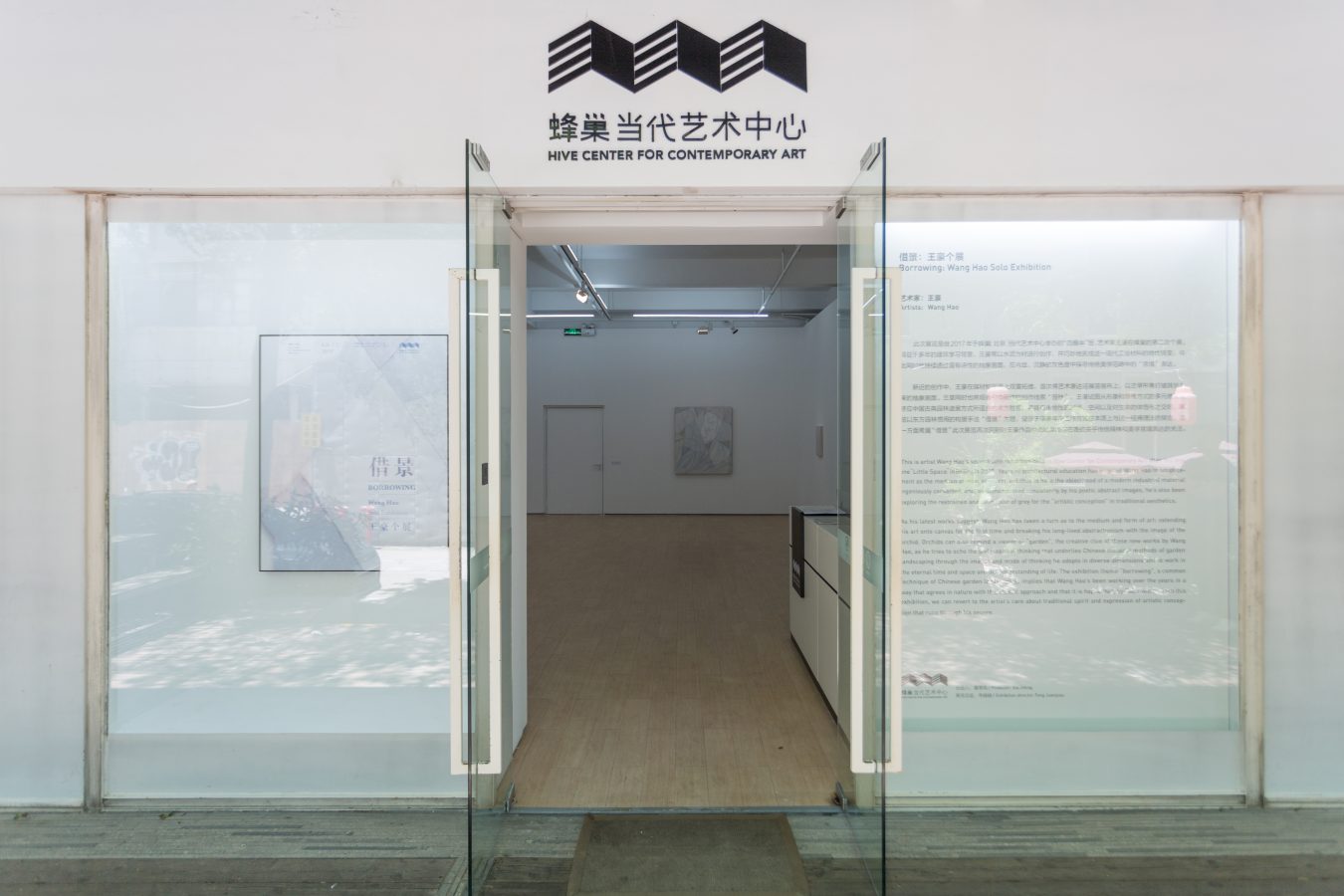 Wang Hao was born in 1976 in the city of Qingdao. He received his Doctorate from the Central Academy of Fine Arts in 2011, and currently lives and works in Beijing. Years of architectural training inspired Wang Hao to adopt cement as a medium of choice. Wang Hao slyly subverts the industrial nature of the material, and, through poetic abstraction in muted grays, searches out an expression of the “artistic conception” of traditional Chinese aesthetics.

Wang Hao began to use cement as a medium in 2013 and has since developed three related series: “Silence”, “Simplicity”, and “Perspective”. “Silence” and “Simplicity” emphasize the static quality of the works in cement. In both individual and grouped works in these series, subtle shifts in the cement material are paired with blocks of color to create a sense of simple tranquility. Of the two series, “Simplicity” has a greater variety of forms. It not only utilizes the forms of the diagonal, triangle, and sphere, it is also rich with classical Chinese formal elements. For example, work in the series mimics the form of an ancient Chinese hand scroll. The name of the series, “Perspective”, is derived from a perspectival technique unique to traditional Chinese landscape painting called “Three Perspectives”. The works in “Perspective” use dynamic motion to represent a breaking of the restraints of two-dimensional space and an expansion of the depth and breadth of two-dimensional painting. Wang Hao presents the “Three Perspectives”, height perspective, depth perspective, and horizontal perspective, in aesthetic harmony.

Wang Hao’s new work shows developments in both medium and image. It is the first time Wang Hao’s practice has extended to canvas, as well as, with the form of the orchid, his first departure from the abstraction dominant in his previous work. Wang Hao guides the viewer to the vein beneath his new works, that of the “garden”. He uses a compositional technique common to Eastern garden design, called “borrowing”, thus extending “Perspective” to be an exploration of the aesthetics of space. Wang Hao references both the compositional devices of classical Chinese garden design and the elements of Eastern philosophy those devices embody, thus weaving together the concepts of eternal time, space, and enlightenment. The exhibition adopts “borrowing” as its theme, highlighting how Wang Hao’s work over the years corresponds with classical Chinese thought. Borrowing returns the viewer’s attention to the expression of traditional Chinese aesthetic and thought present in Wang Hao’s work from start to finish.