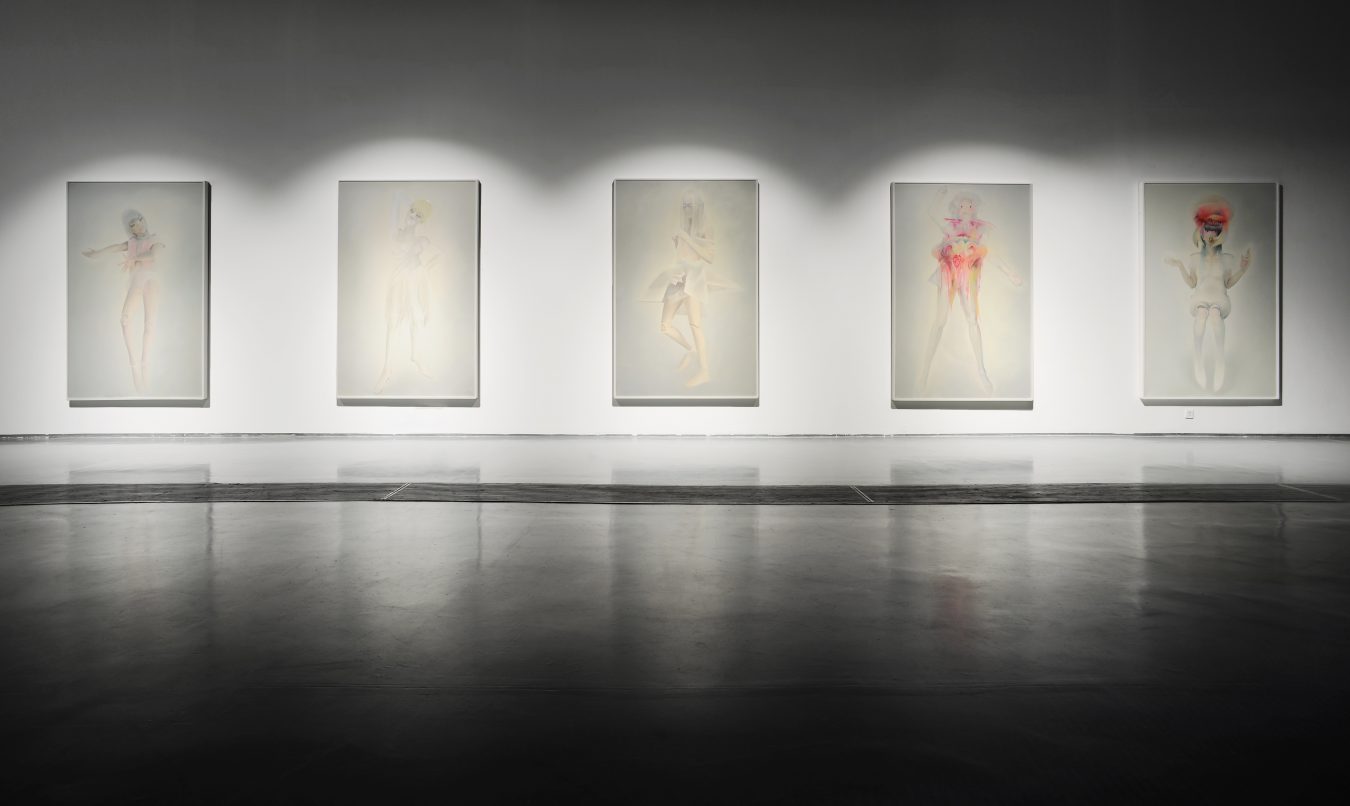 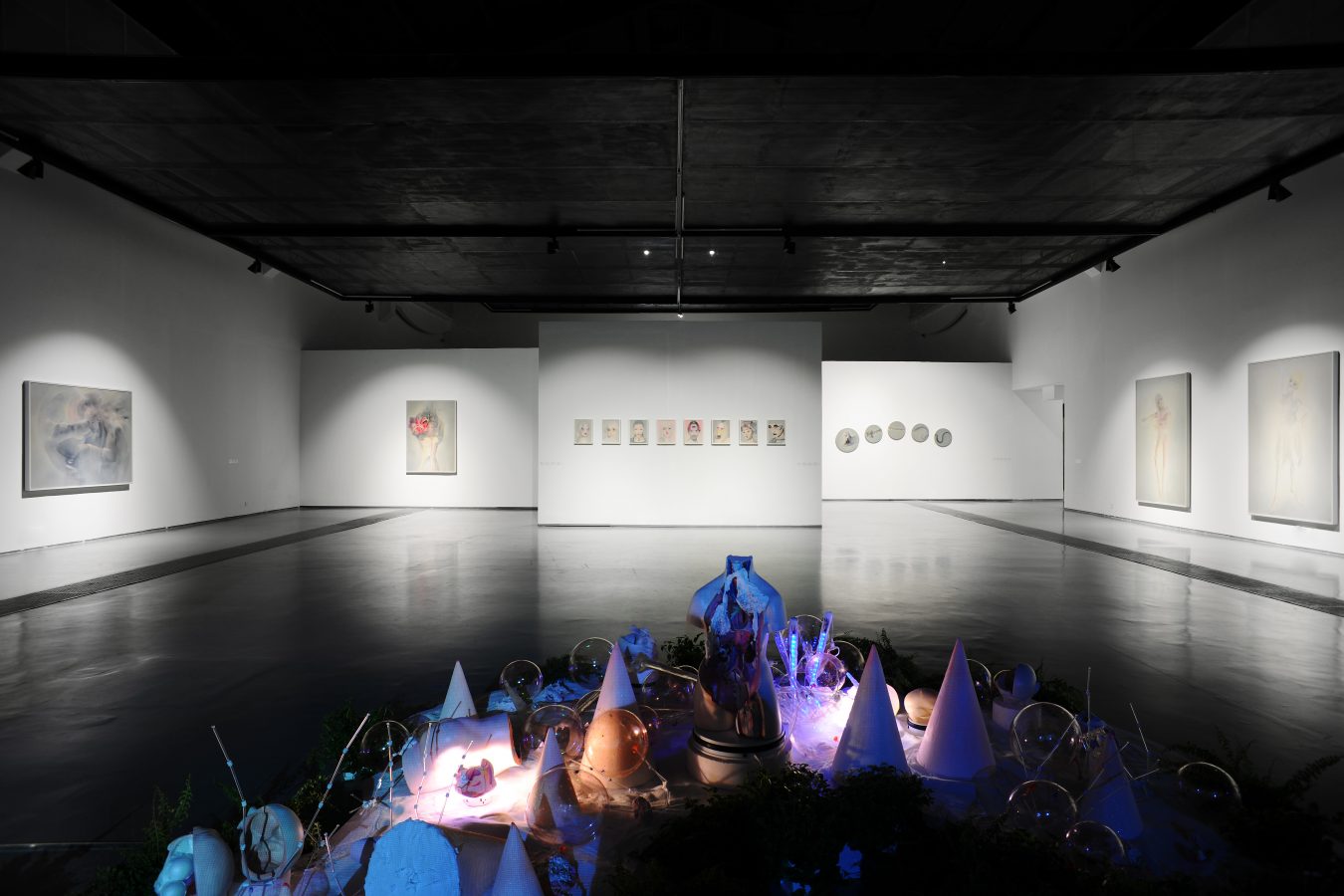 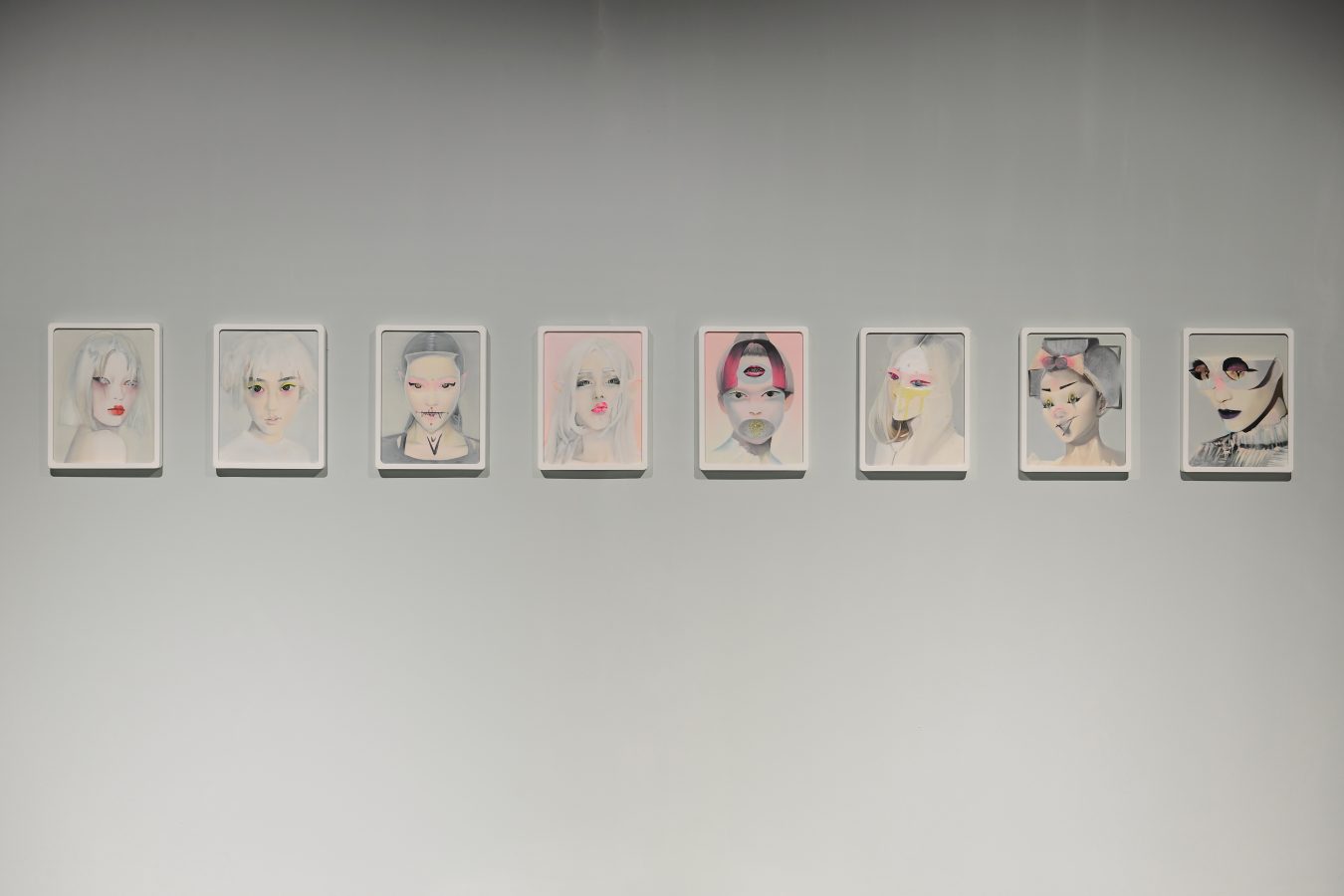 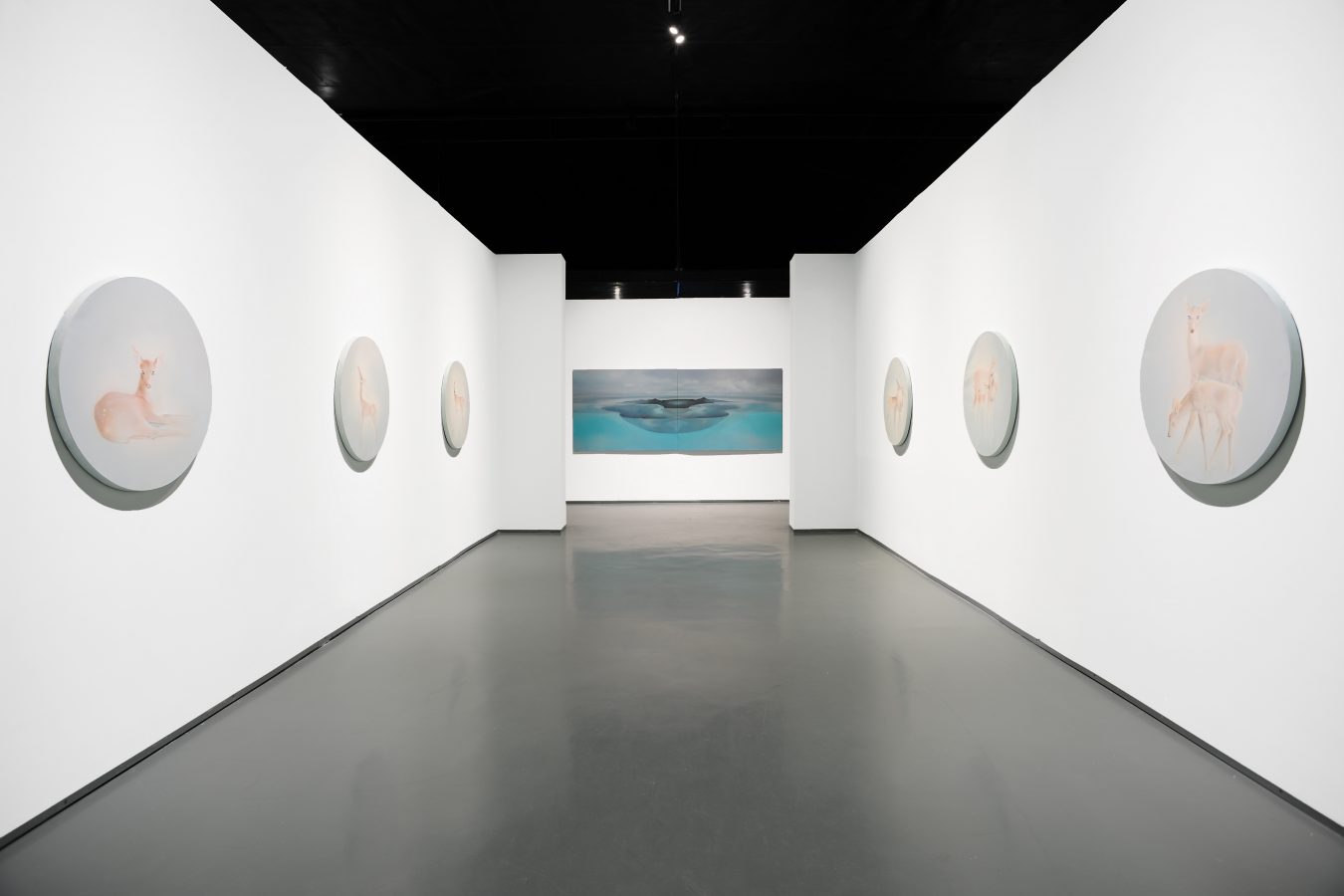 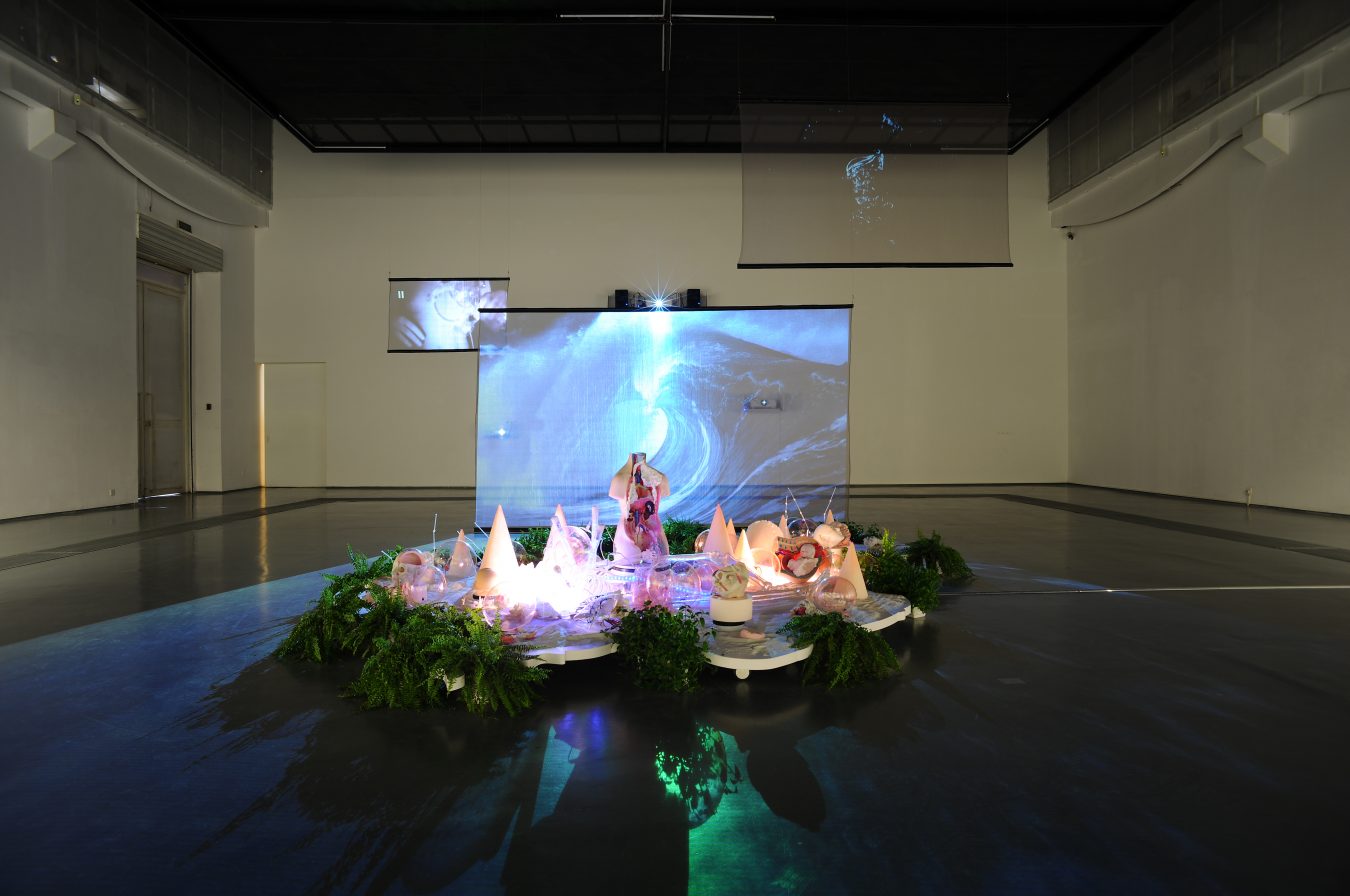 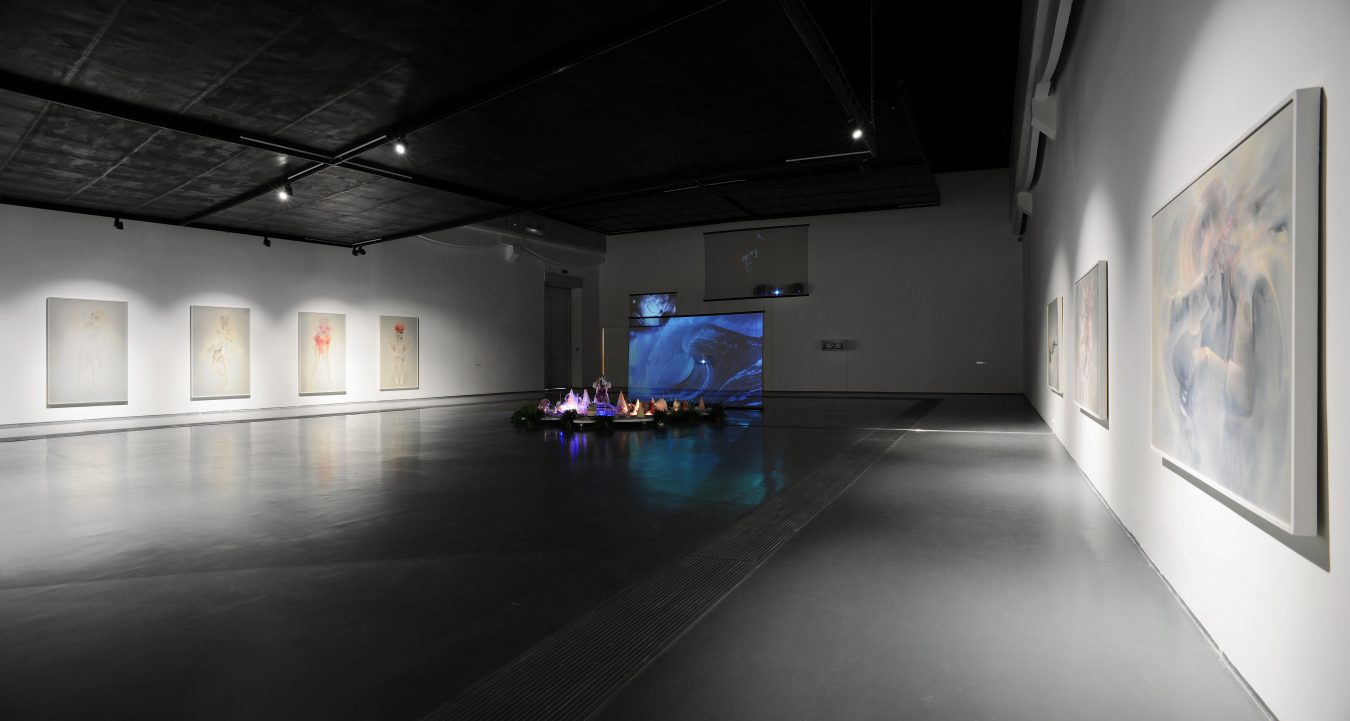 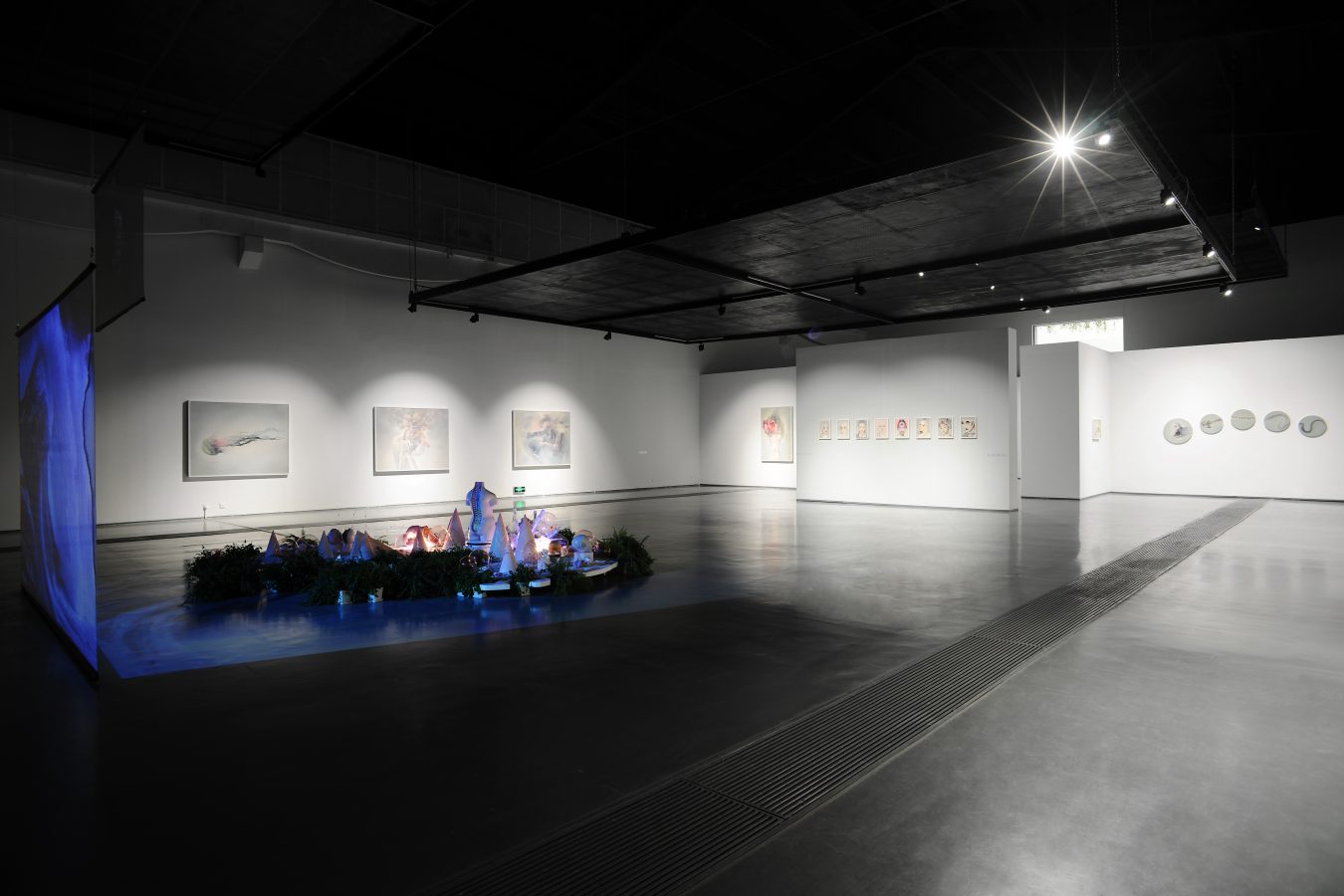 Under the Water No.2
Song Kun

Under the Water No.1
Song Kun

Hive Center for Contemporary Art is pleased to announce the opening of ASURA SUKHAVATI：Song Kun Solo Exhibition on 31st Dec. 2015 at the Hall A. As the latest solo exhibition of Song Kun, it will feature her works on canvas, installation, ambient music and videos. The exhibition is curated by Lu Mingjun and will last until 2nd Mar., 2016.

Born in Baotou, Inner Mongolia, 1977, Song Kun was a founding member of the artist group N12 during her studies at the Central Academy of Fine Arts (CAFA), where she completed her master’s degree in the oil painting department in 2006, she is one of the most concerned female artist nowadays in China. In today’s so-called “post-human” era in which nature and artificial, biological and mechanical blend, Song Kun sets her sights on desire, the spirit and faith in the Dharma-ending age, presenting them in dissonant states of reality and the surreal. In this exhibition, Song Kun has devised her works as an island, or as her so called “pure realm.” It is at once a pure land, the realm of humanity, and hell. It is past, present and future. It is more genuine experience and perception than fabrication.

The island comprises seven parts, including the Asuras of Buddhism, the Six Messengers of Ksitigarbha, people in the sea of darkness, animals from the beast realm (jellyfish, snakes and octopuses), scenes from the pure land, a fabricated pure land island installation, and videos and music with primal and natural themes such as the starry sky and the sea. The Asuras play an important role in all of this. As the inhabitants of one of the “six realms of existence” in Buddhism, these demigods experience the full range of human emotion. They have the might of the gods, and the evil propensities of demons. They are good in nature, but are also often hateful, and persistently get entangled in struggles. Today, a paradigm shift has taken place in the image of the Asura. The Internet, cosplay, folk beliefs and many other elements have intertwined, forming an unfathomable new image for the Asura. The artist sees this image as having the weight of truth in the real world.

Song Kun has no intention of establishing links between these elements, and even consciously strives to break possible connections between them, preferig to see them as a series of unconnected signs and symbols. But these are the signs that compose the “pure realm” in Song Kun’s heart. This “pure realm” is no longer some oriental fairyland, or some poeticized natural outlook on the pure land. It appears chaotic, but it radiates strangeness and vitality. It is just as Ksitigarbha said, that hell is the pure land. The pure land gained from seeing the truth is far away, as well as right in front of your eyes.

Perhaps some people will feel that Song Kun has constructed a grand narrative of human history, but that is not how she sees it. Whether it is the imagination in the painting, or those scattered, crystalline organs, they are all her real experiences and sensory responses. This hybrid “pure realm” she has produced is a dramatic refinement of the real world in which we live, as well as a means and path for her own cultivation. When the “pure realm” becomes art and enters into the gallery and the museum, it seems to be a form of quarantine, but in fact, she is planting this “pure realm” into a complexly diverse world, because this is also a part of the “pure realm.” Perhaps, as it is said in Buddhism, this is a form of kusala—wholesome skill.