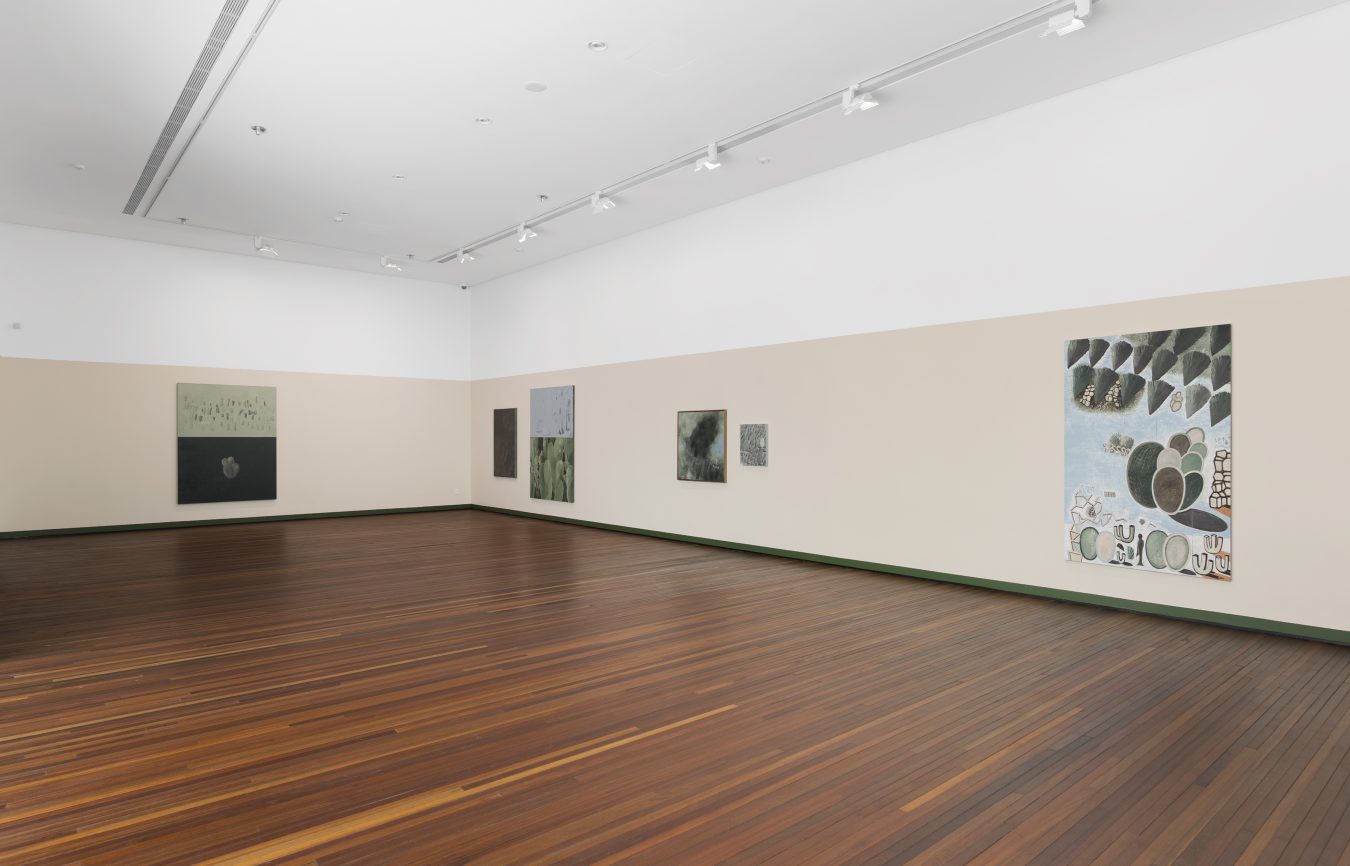 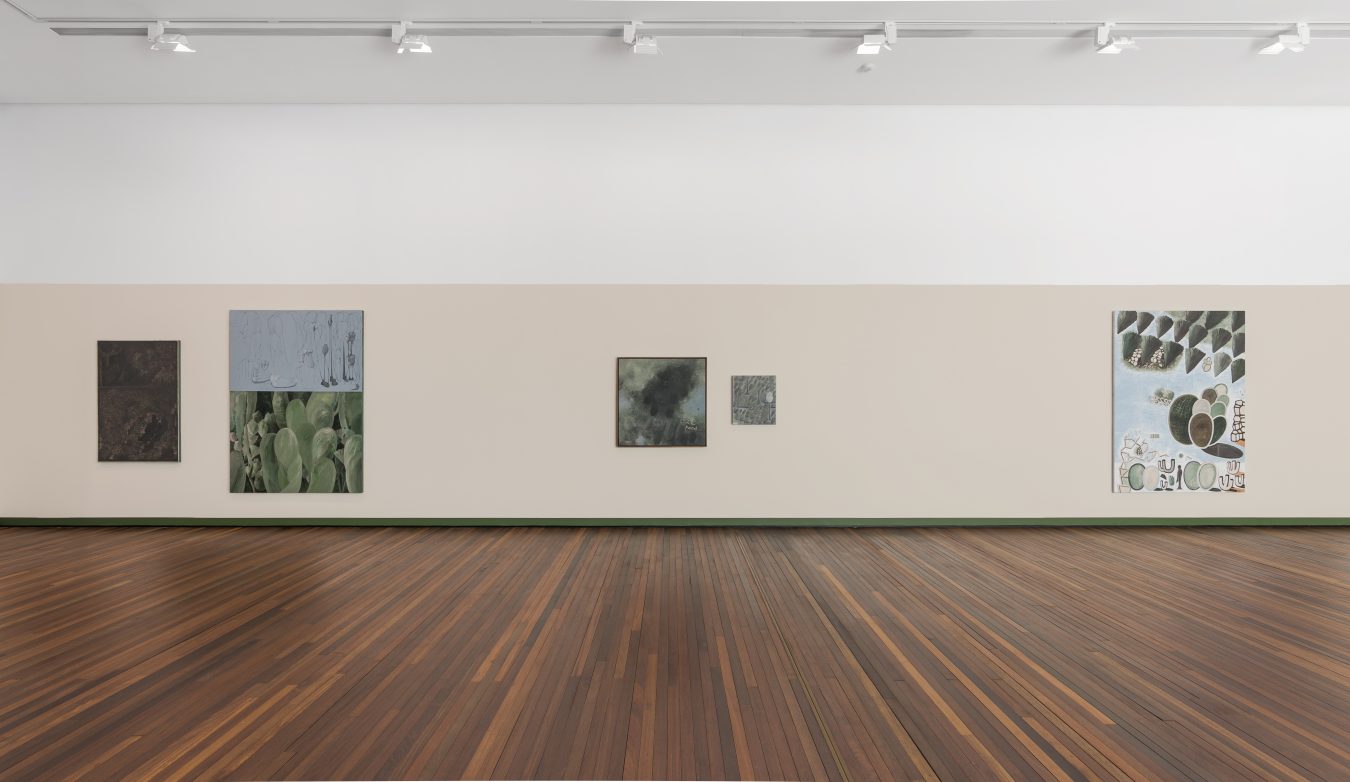 From 2017 to 2019, Bu Di often divided his painting resolutely, like a performer who has onstage and backstage activities, into two parts, which, trim and rare, feature twisting shapes and carvings, and where every line or block seems alive with mind and heartbeat. Take a comparative look at his oeuvre over the years and we’ll find the recurrence of some similar images, like actors who guest on different plays with different costumes and lines but whose faces never change. In a repeating fashion, Bu Di tries to get close to them, for a depiction of their refractive contours. He has been working on various visual resources, including Buddhist art, early 20-century avant-garde painting and sculpture from the West, traditional calligraphy and even neorealist films. A pond is hidden behind his paintings. It’s hard to see the bottom of it, and, where the brushwork compacts and lingers, obscure schemata go out once they show up. So the artist has never rashly distilled images into schemata. His achievements are built on his judgment on history and experiences: no matter how much you aspire piously, no painting can take a definite and real panorama of anything, but can, at best, capture a segment of light and shadow from a perspective; where you can no longer go forward, you must retrace your steps and keep your confusions or anxieties so that you can start over when the time is right. Bravery is more needed by prudent truth-seeking than indomitable wild imagination. This is the very room, left by modernist art, for the development of Chinese artists in the 21st century.