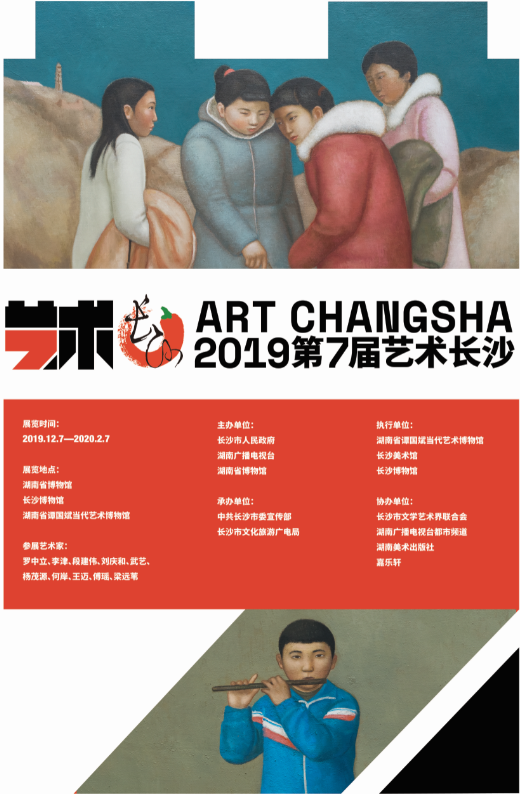 A typical image of the land and people in Central Plain of China could be immediately identified in Duan Jianwei’ s works, while ironically presenting a sense of dislocation. The figures have shown quite an ordinary rural life, such as laboring or relaxing, yet hardly leading to an immersive atmosphere of the society and culture as depicted, or an imagination of corresponding material life, for the reason that his people and things stay in a static situation, as if far from the turbulent historical transitions. Temporality is the most prominent signature of life, but the static time in his works makes an obvious paradox, from which we have to recognize that he does not mean to depict a rural story of lived life, but rather a concept of the rural figures in somewhere very remote. His intentionality has become more obvious in his works after 2010. He is keeping on characterizing the figure of “Central Plain” with his historical imagination, yet deprived of its temporality and localism in reality. He introduces heterogeneous resources into his colors, structures and shapes. The life of the naïve and unadorned people tied up to their rural ground, are now reinterpreted in contemporary understanding. And he impressively adopts the theological sublimity of pre-renaissance classical paintings, so that developing a spirit more of symbolism than narrative, in which he arrives at the self-consciousness of his paintings to reconfirm his orientation. In the place fabricated in his paintings, the unreal “Central Plain”, as the focal point of his experiences, has been reintegrated by his internal horizon, and the meaning of which was brought so far away to the limit of a pure concept of life, where of no noise, of no change in time, of no more uncertainty, as if the experiences had been purified to the residuum a priori, therefore reducing the abnormality of time-dislocation, instead, making a condensed concept of history.